SOM releases its concept for Moon Village, the first full-time human habitat on the lunar surface 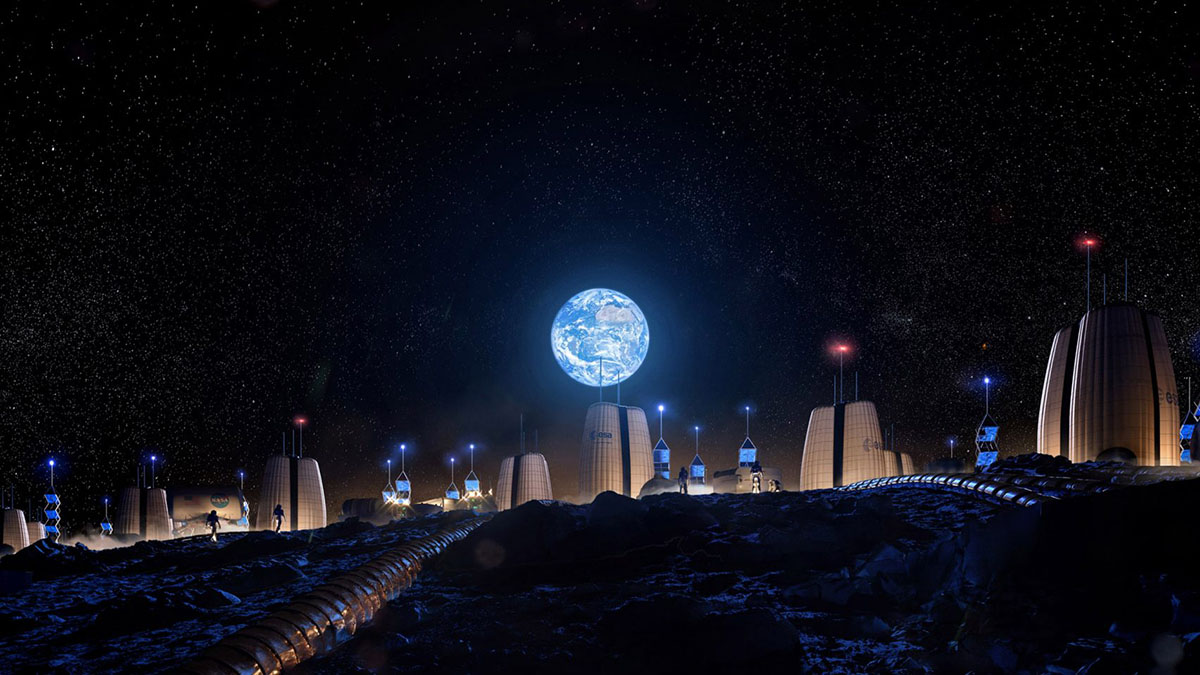 Skidmore, Owings & Merrill LLP (SOM) has released its conceptual design for the "first full-time human habitat" on the lunar surface. Developed in collaboration with the European Space Agency (ESA) and the Massachusetts Institute of Technology (MIT), the new community project, named Mon Village, intends to create a permanent space on the moon.

The Moon Village concept was presented by ESA Director General Jan Woerner for the first full-time human habitat on the lunar surface. ESA and MIT, SOM will be developing all master planning, designing, and engineering the settlement phases throughout the project.

The new masterplan will try to solve the problems of permanent habitation on the moon which requires a cross-disciplinary collaboration, and a completely new way of approaching the space industry’s most complicated problems. "ESA is providing a diverse range of expertise from the European Astronaut Centre and the European Space Research and Technology Centre," added SOM in its press statement. 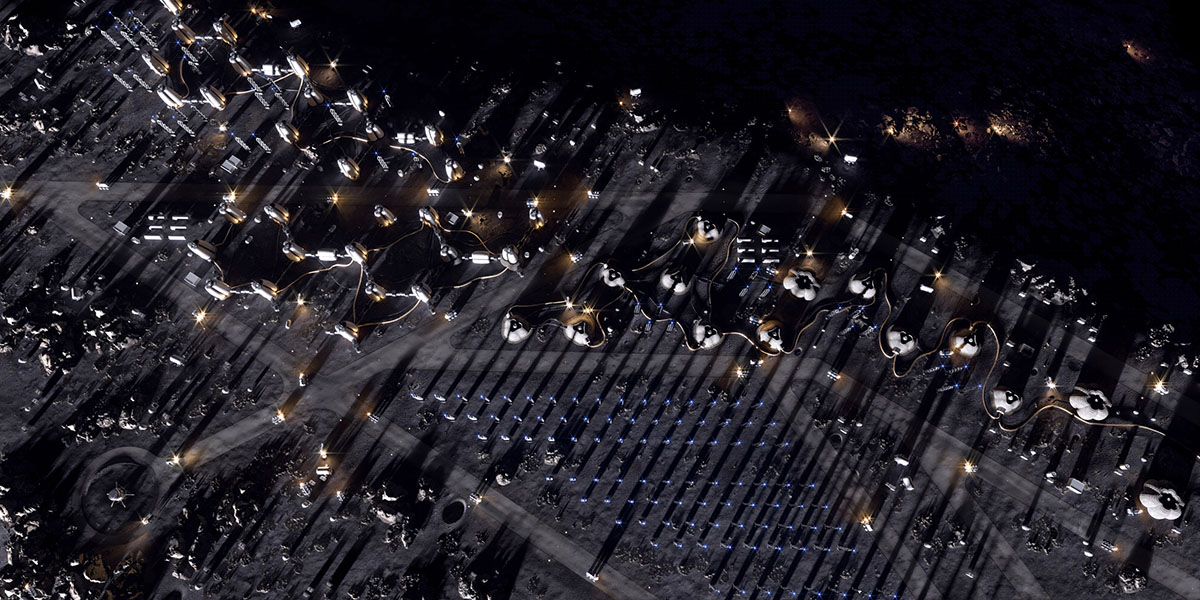 This experience is coupled with faculty from MIT’s Aerospace Engineering Department and SOM’s extensive experience in architecture, engineering, urban planning, and sustainable design to bring a holistic approach to the project.

"The Moon Village must be able to sustain human life in an otherwise uninhabitable setting. We have to consider problems that no one would think about on Earth, like radiation protection, pressure differentials, and how to provide breathable air," added Koop. 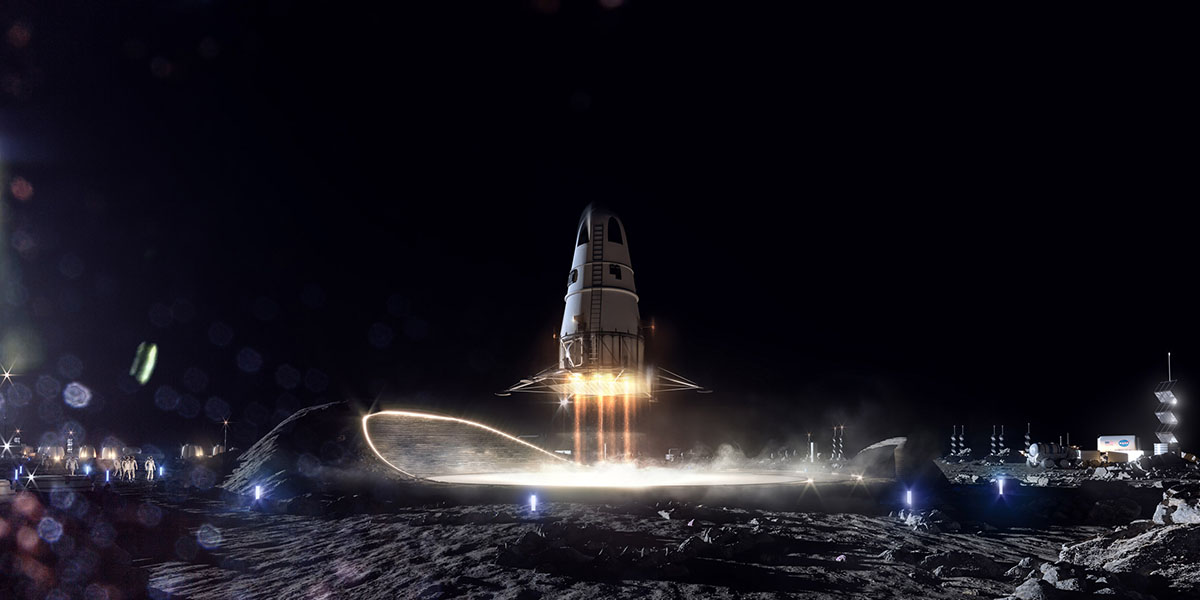 Moon Village will be based on resiliency and self-sufficiency as the key design principles. The master plan envisions the Moon Village on the rim of Shackleton Crater near the South Pole, which receives near continuous daylight throughout the lunar year.

SOM will develop the project in three phases, proposing several critical infrastructural components and habitable structures—that would allow the Village to harness sunlight for energy and set up in situ resource utilization (ISRU) experiments, or the generation of food and other life-sustaining elements using the Moon’s natural resources. 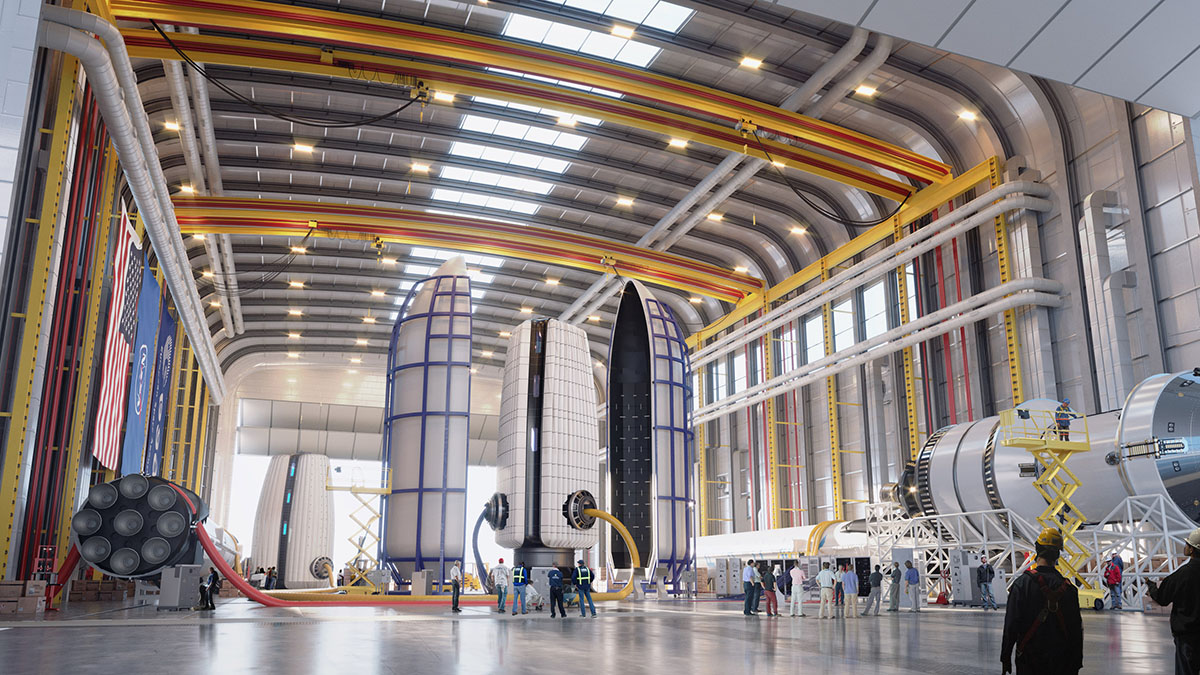 "Water from the permanently shadowed depressions near the South Pole would be extracted to create breathable air and rocket propellant for transportation and for the support of industrial activities," added SOM.

The new settlement will be clustered close to the crater’s water-ice deposits. Additionally, each cluster of modules will be connected to enable seamless mobility between structures, with communications towers on the highest ridges of the uneven terrain. 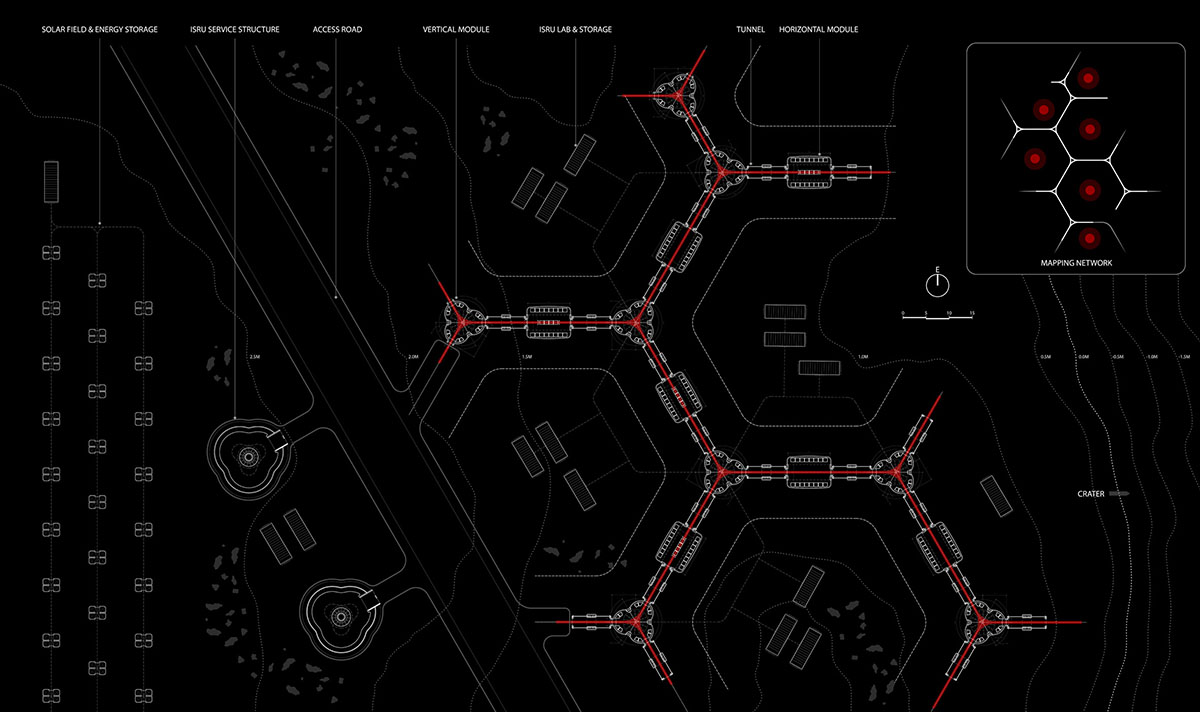 The individual pressurized modules are designed to inflate and expand to increase user space for future growth and program requirements. The concept calls for three to four-story structures, with workspaces, living quarters, and environmental control and life support systems. 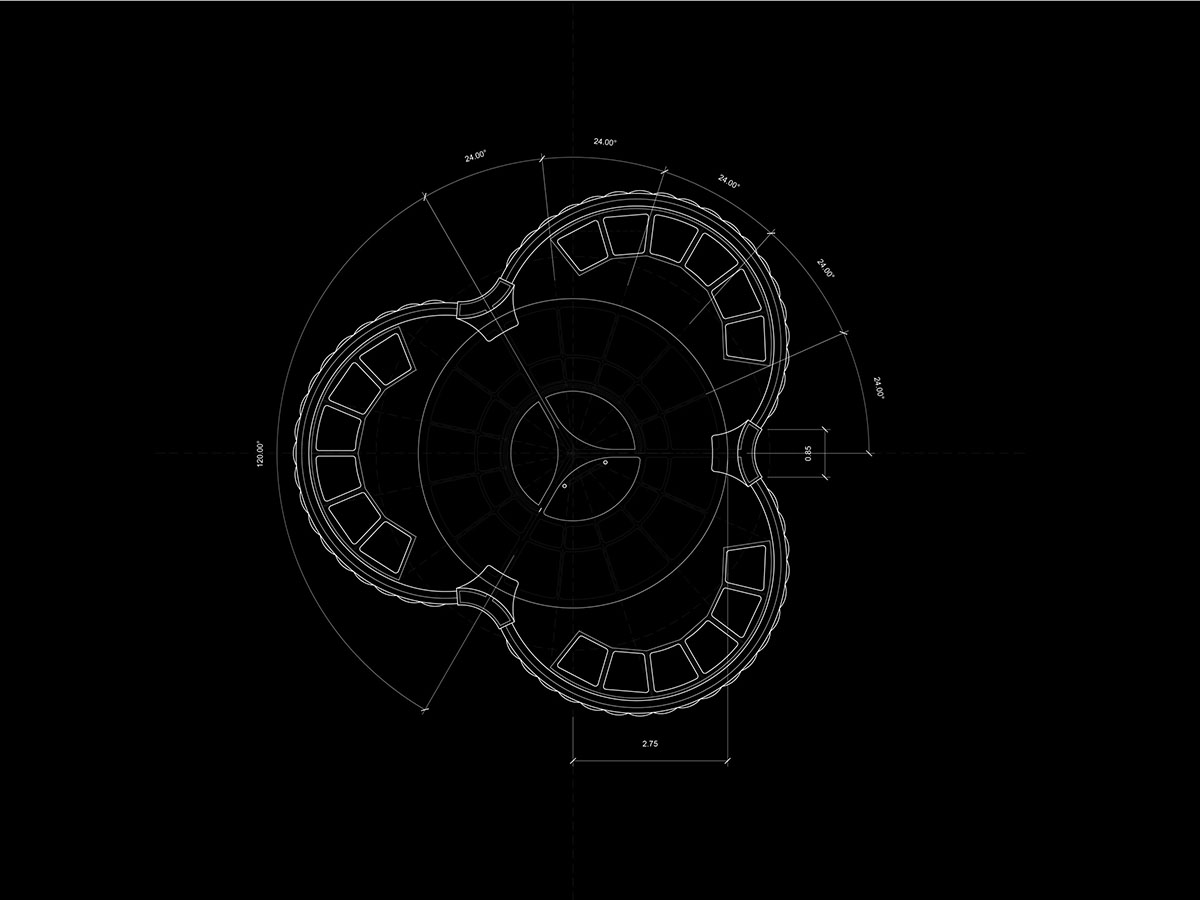 More importantly, these features would enable the Moon Village to carry out its much larger purpose as a scientific, industrial, and entertainment development, and an endeavor with far-reaching goals.

All drawings courtesy of SOM