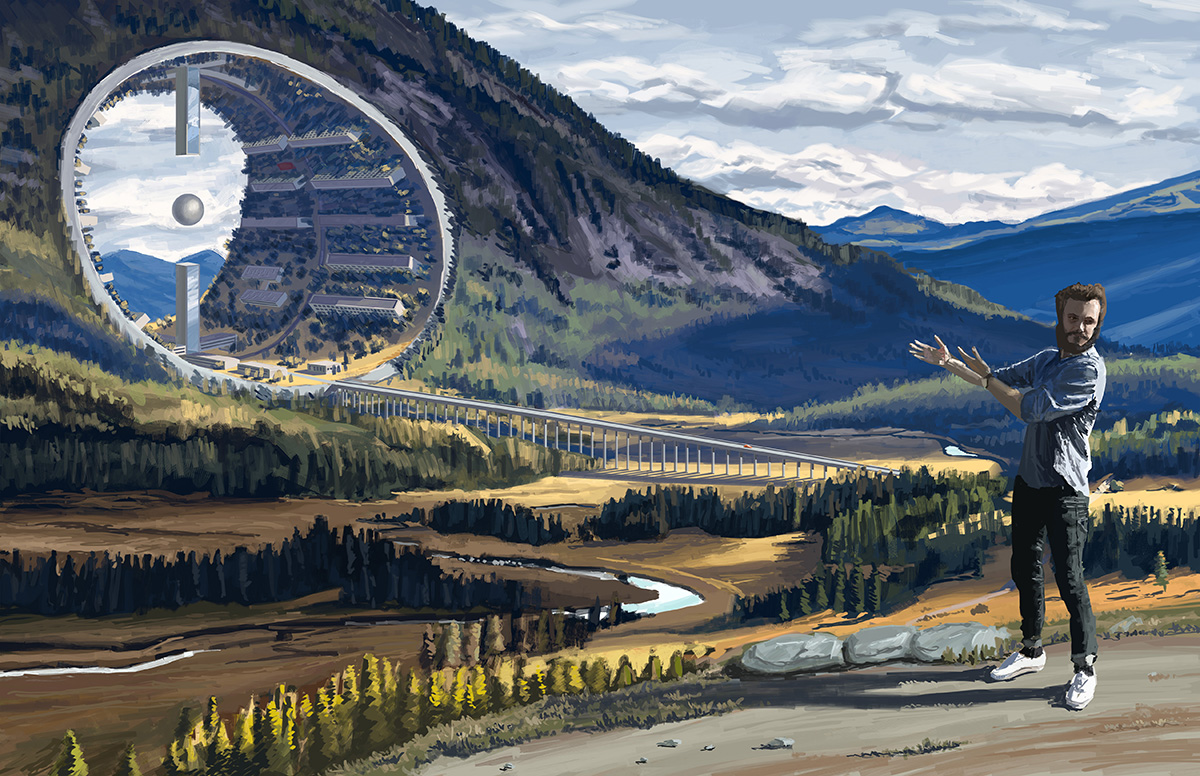 With submissions from over 60 countries, the award-winning entries explore current events and the creative process through wonderfully crafted short stories and artwork.

The winners were chosen by a jury of more than 20 leading architects, designers and storytellers, including Marion Weiss, Michel Rojkind, Jing Liu, Dan Wood and John Maeda, among many other distinguished judges. Chase W. Rynd, the Executive Director of the National Building Museum, and a jury member for the competition, said:

''The proposals put forth in the Fairy Tales competition create entire worlds of the imagination – they build their immersive stories as much by what they don’t say, as by what they do. The winning entries in this year’s competition include oblique references to current events, mundane daily activities and human emotions that we all easily relate to – they make visible how we shape space, and in turn, how space shapes us. The images and narratives are so wildly outlandish, and yet, so grounded that it seems like we could mistakenly stumble into any of them. They are personal and powerful – a testament to the power of architecture as a world-builder.''

Since its inception in 2013, the annual Fairy Tales challenge has attracted thousands of participants, and winners have gone on to develop their stories into successful Kickstarter campaigns, short films, comic books, and exhibitions. 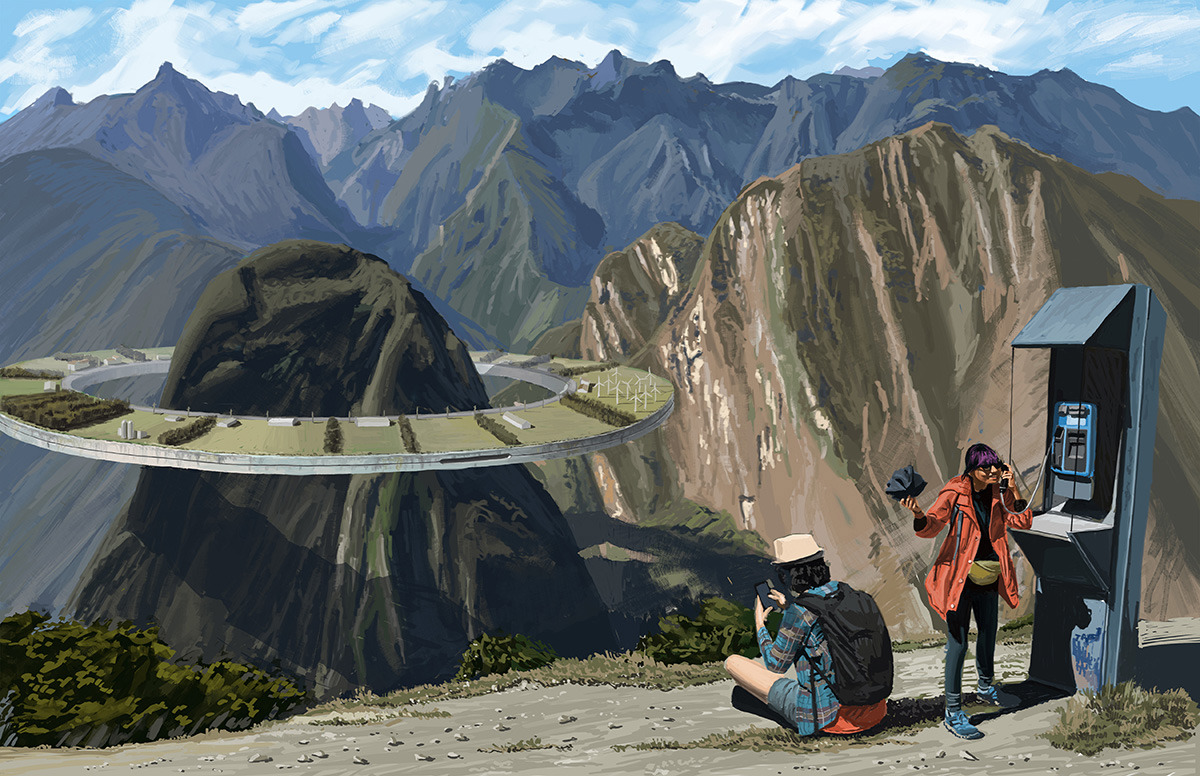 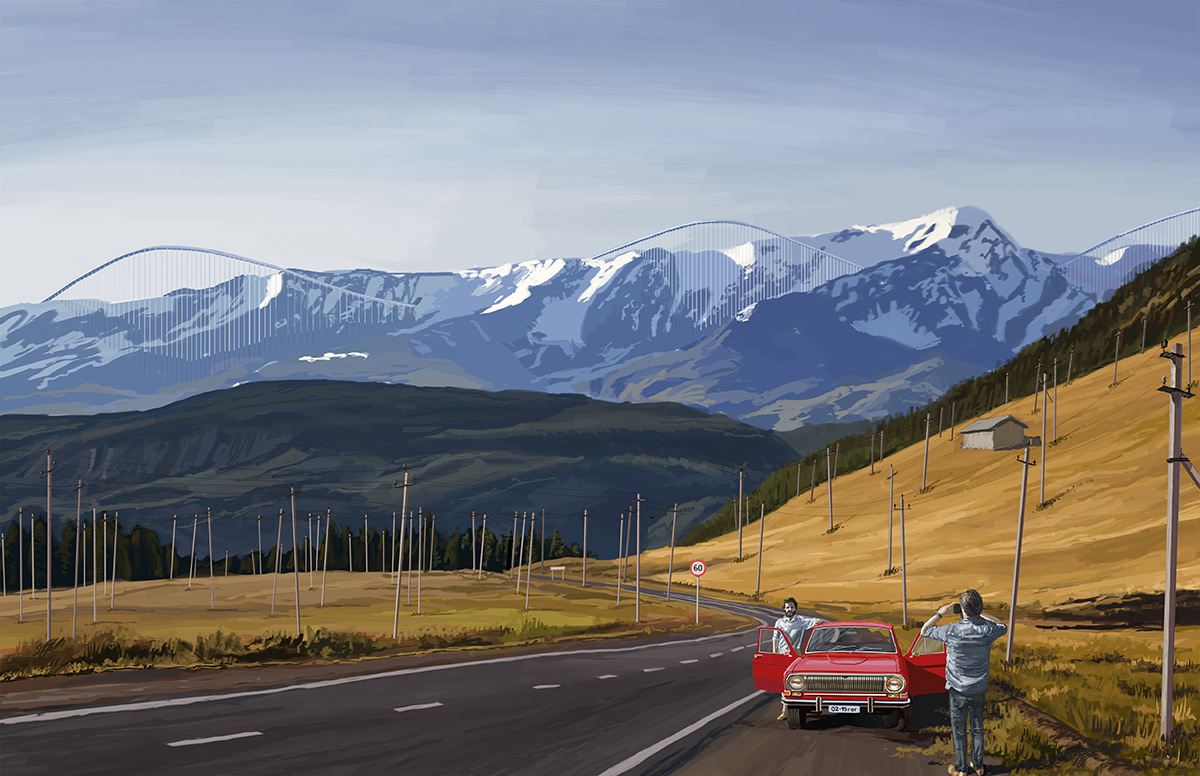 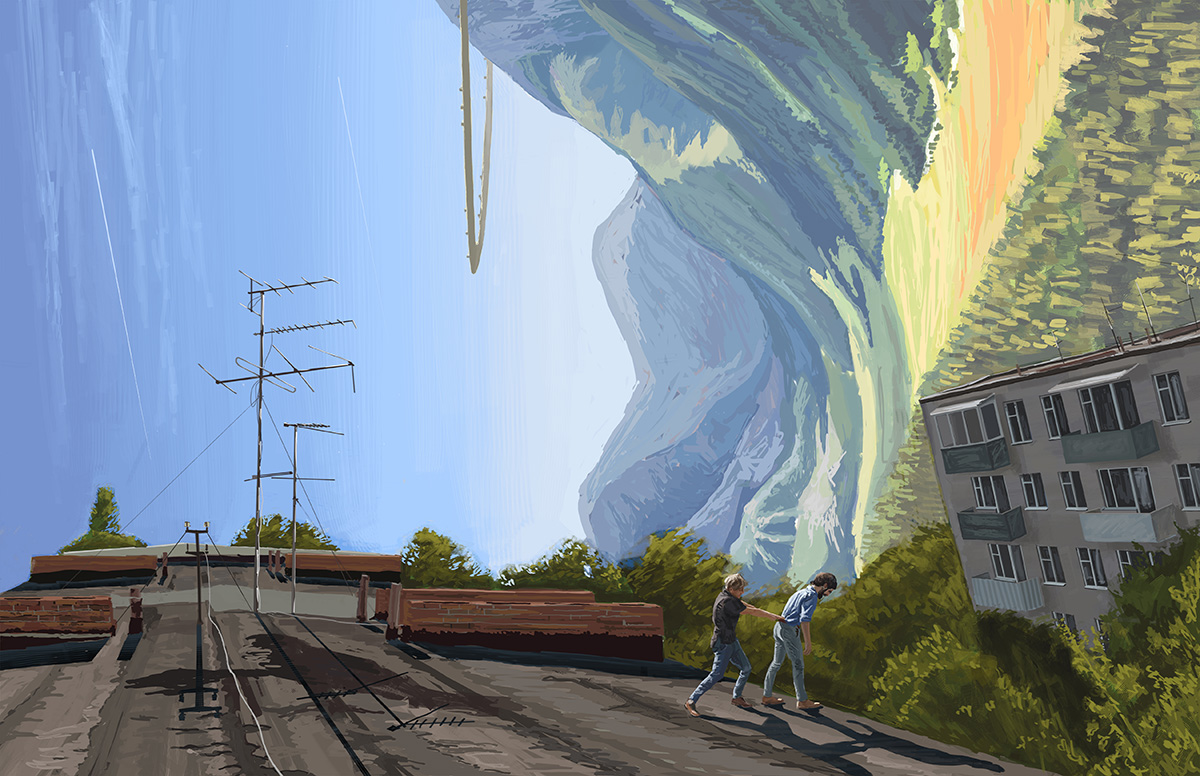 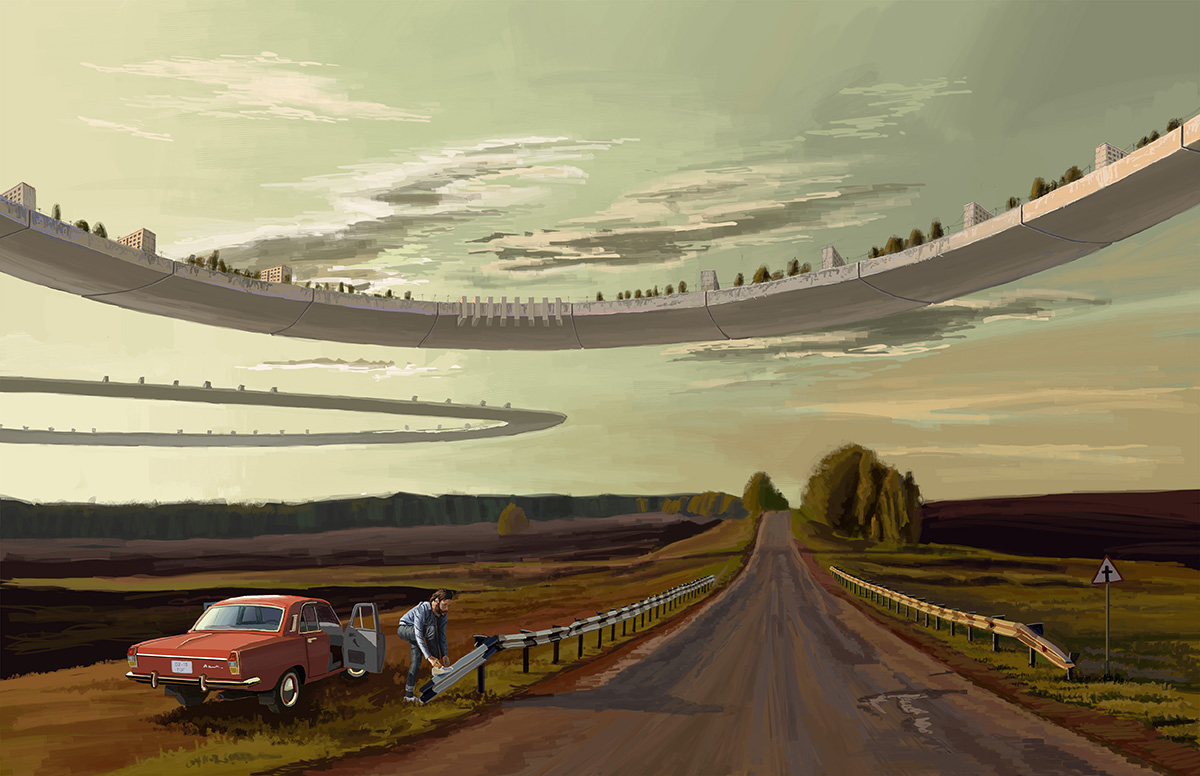 First Prize goes to Mykhailo Ponomarenko, a Ukrainian trained architect for his entry “Last Day”. The entry utilizes classical painting techniques to create monumental landscapes with strange scifi megastructures inserted into them. The relatively mundane occurrences in the story make it feel like these wild scenes could in fact be real.

''Landscapes have always inspired me to put something weird, unreal and out of human scale into them. Something not feasible and not practical that contrasts with the natural surroundings, but also exists at the same scale. These satirical interventions lead to new ideas and feelings about nature - they make the viewer more aware about the environment and our harmful impact on it. We are flat surface creatures. Sometimes I feel that we crave it so much that the planet is going to be turned into pavement so cars can go anywhere, and our industries could continue expanding. The "Saturn Rings" in my proposal represent these flat surface desires but in a more poetic, optimistic, and friendly manner,'' said Mykhailo Ponomarenko. 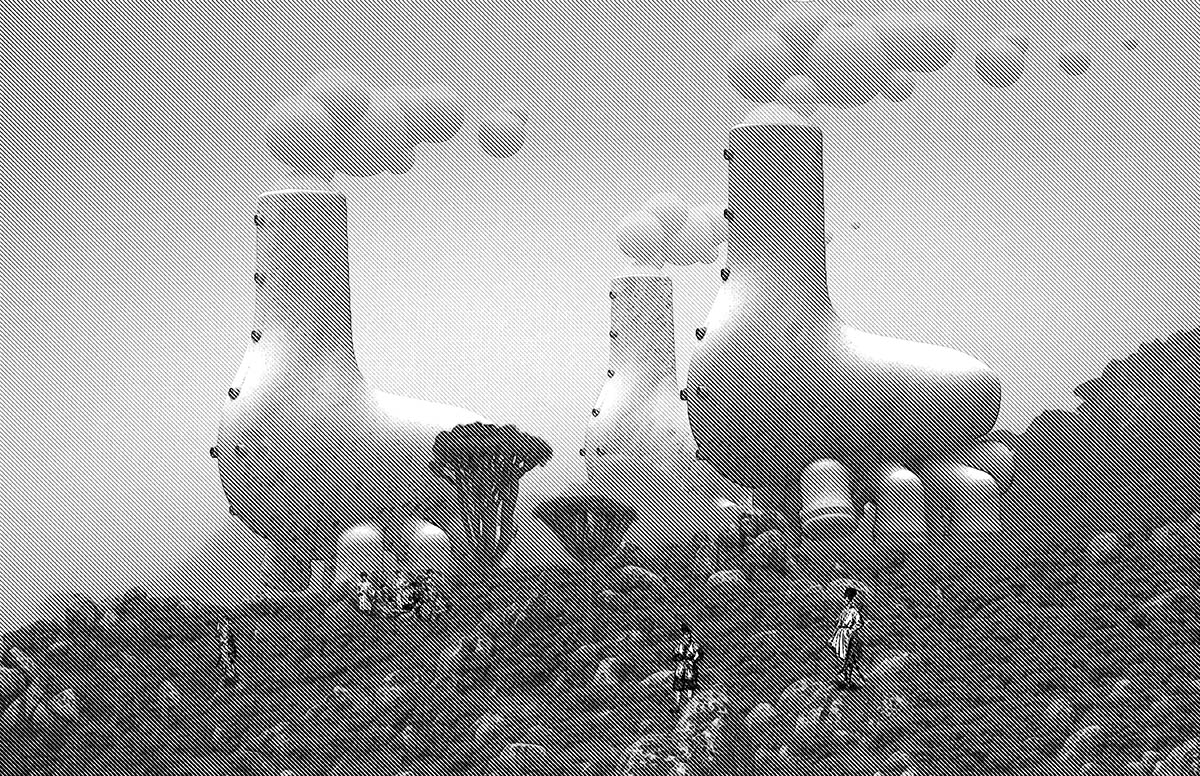 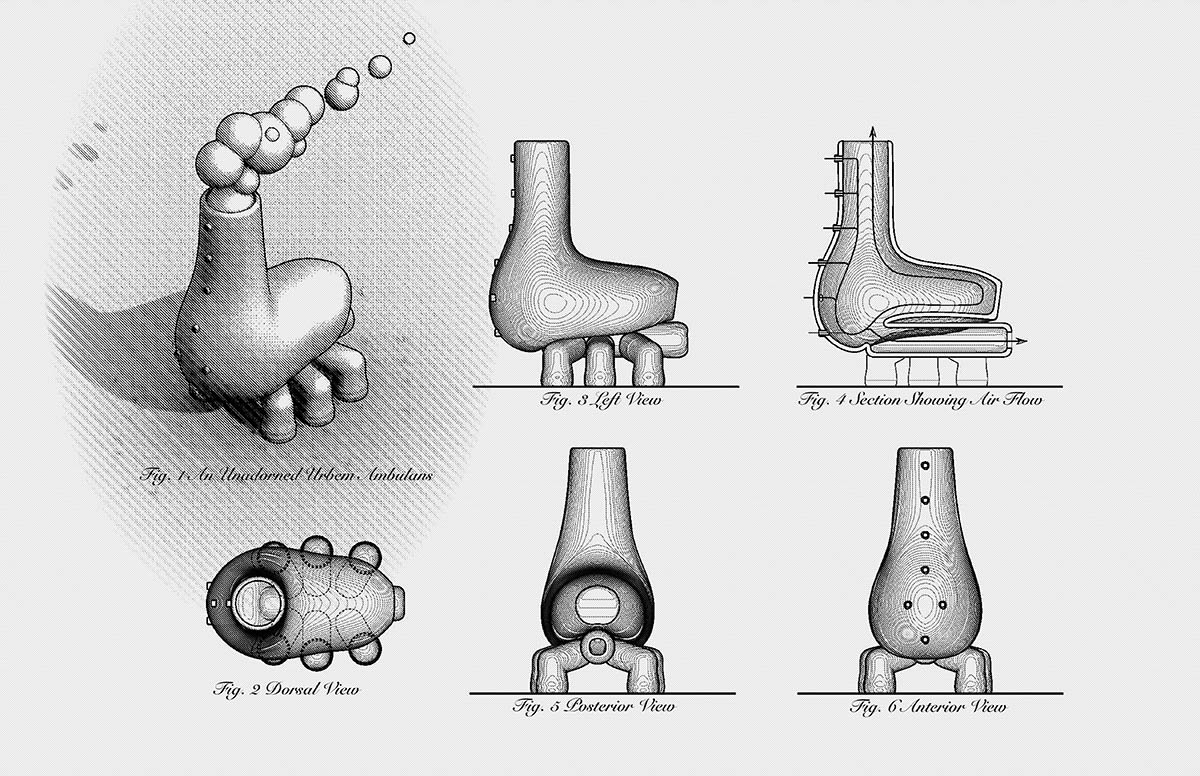 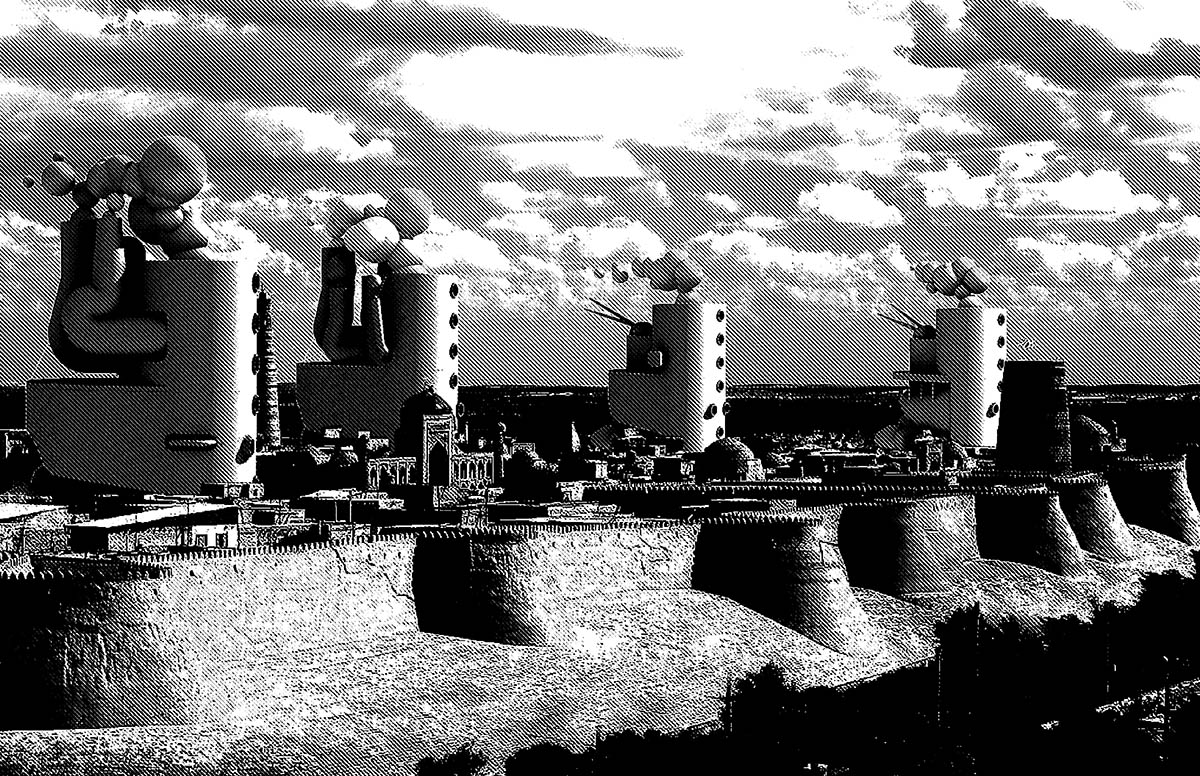 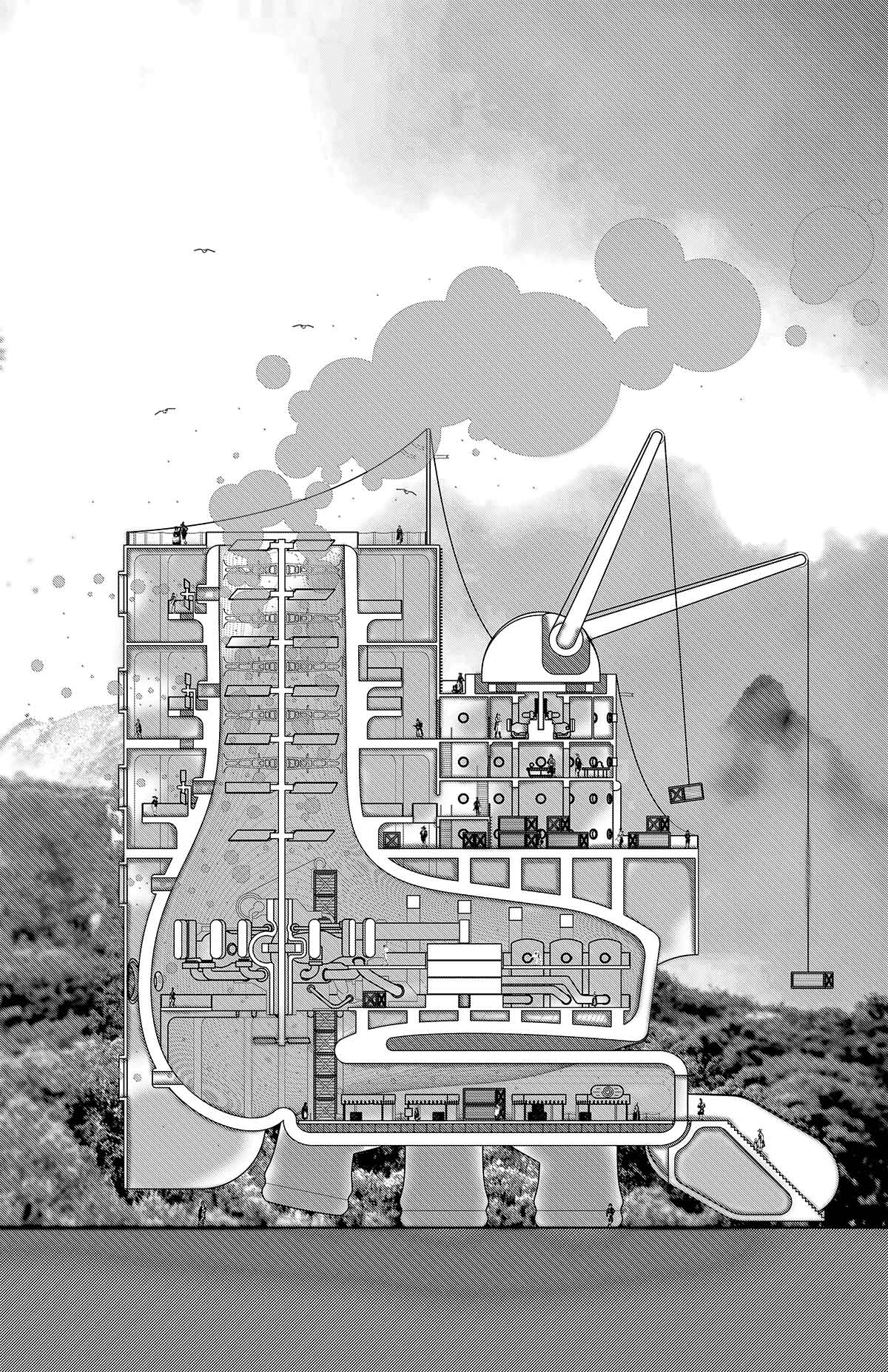 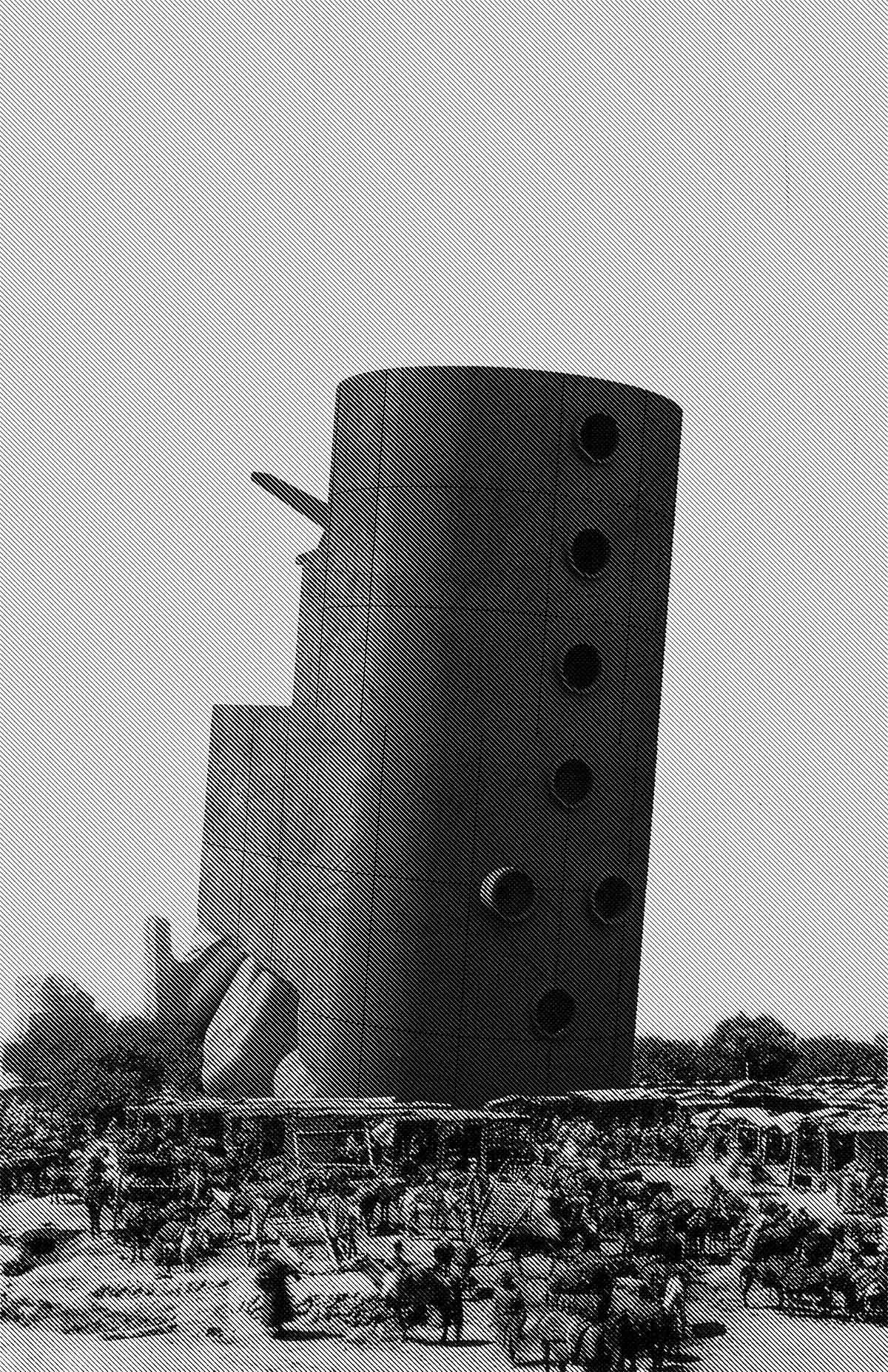 Second Prize goes to Terrence Hector, an architect from Chicago with an M.Arch and BS in Architecture from the University of Illinois at Chicago. His entry, “City Walkers” or ''The Possibility of a Forgotten Domestication and Biological Industry'' tells a beautiful story of a sentient species of architecture that moves slower than humans can perceive. That doesn’t stop human beings from harnessing every possible bit of energy from “The Walkers” in addition to spawning settlements in their wake.

''The city in this story was an exploration of civilization and urbanism as humanity’s relationship with natural and biological systems that exist on a vastly longer timescale than the human lifespan. Creating a closer relationship time-wise between human and natural timeframes let me derive a new urban typology, which also acts as a parable of overexploitation. I was trying to work through an inferred genealogy from the USS Monitor to Hayao Miyazaki, working through a tradition of humanizing massive, aggressive machines,'' said Terrence Hector.

3rd Prize: Ariane Merle d’Aubigné & Jean Maleyrat for “Up Above” 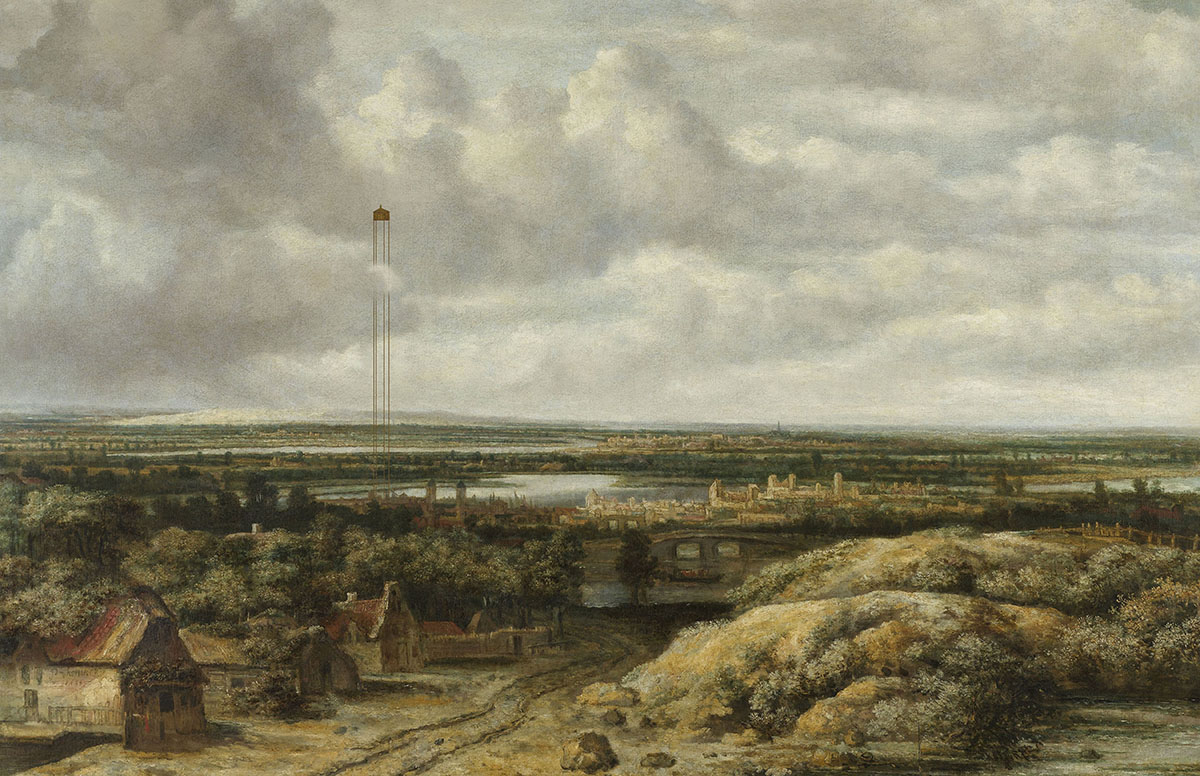 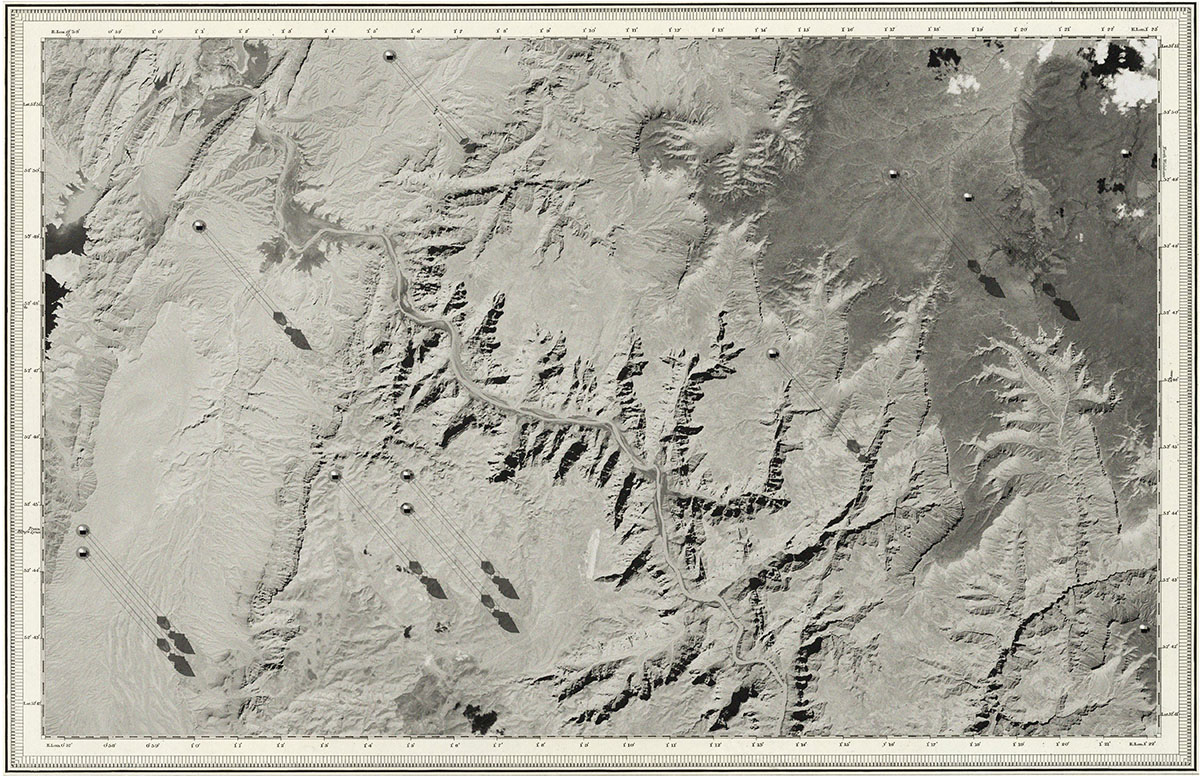 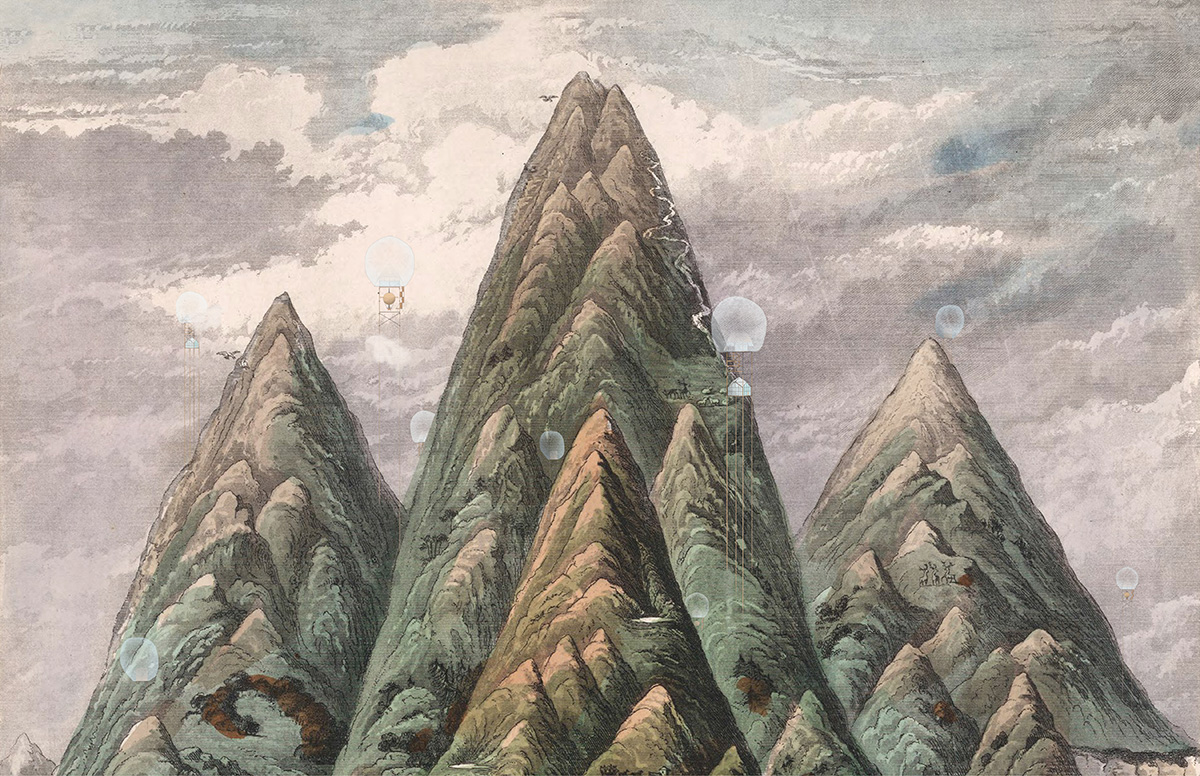 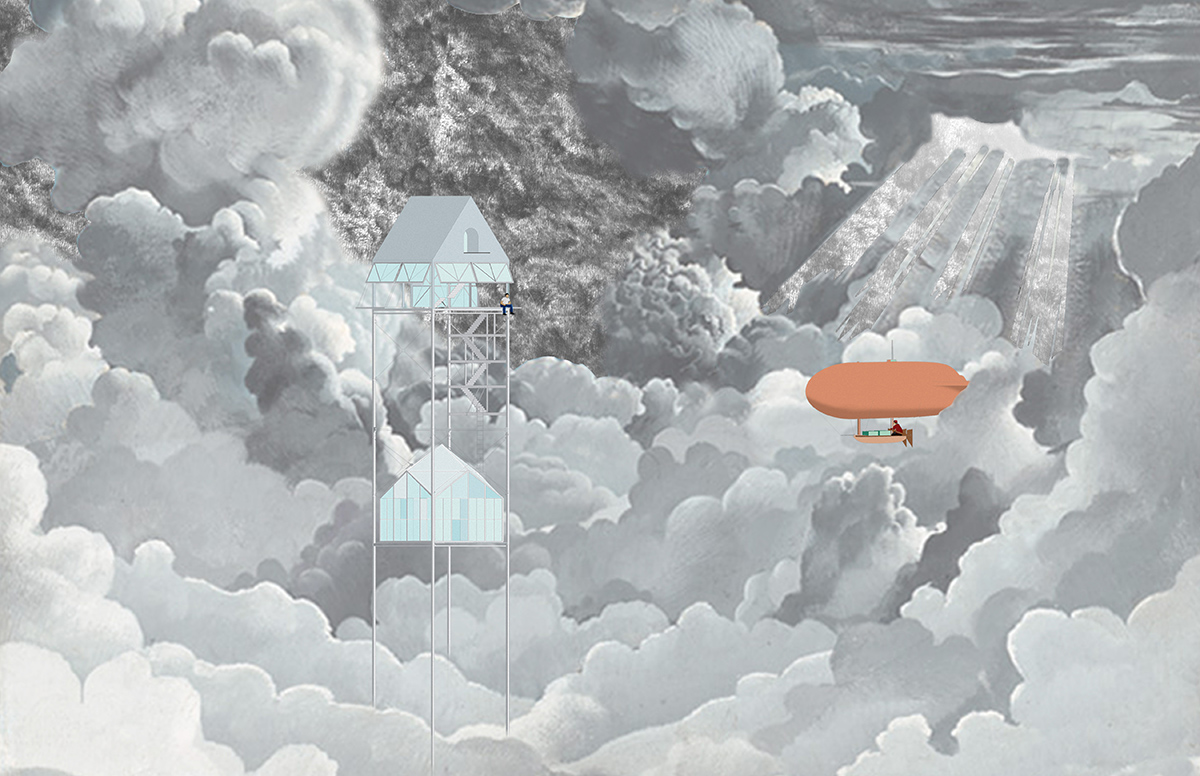 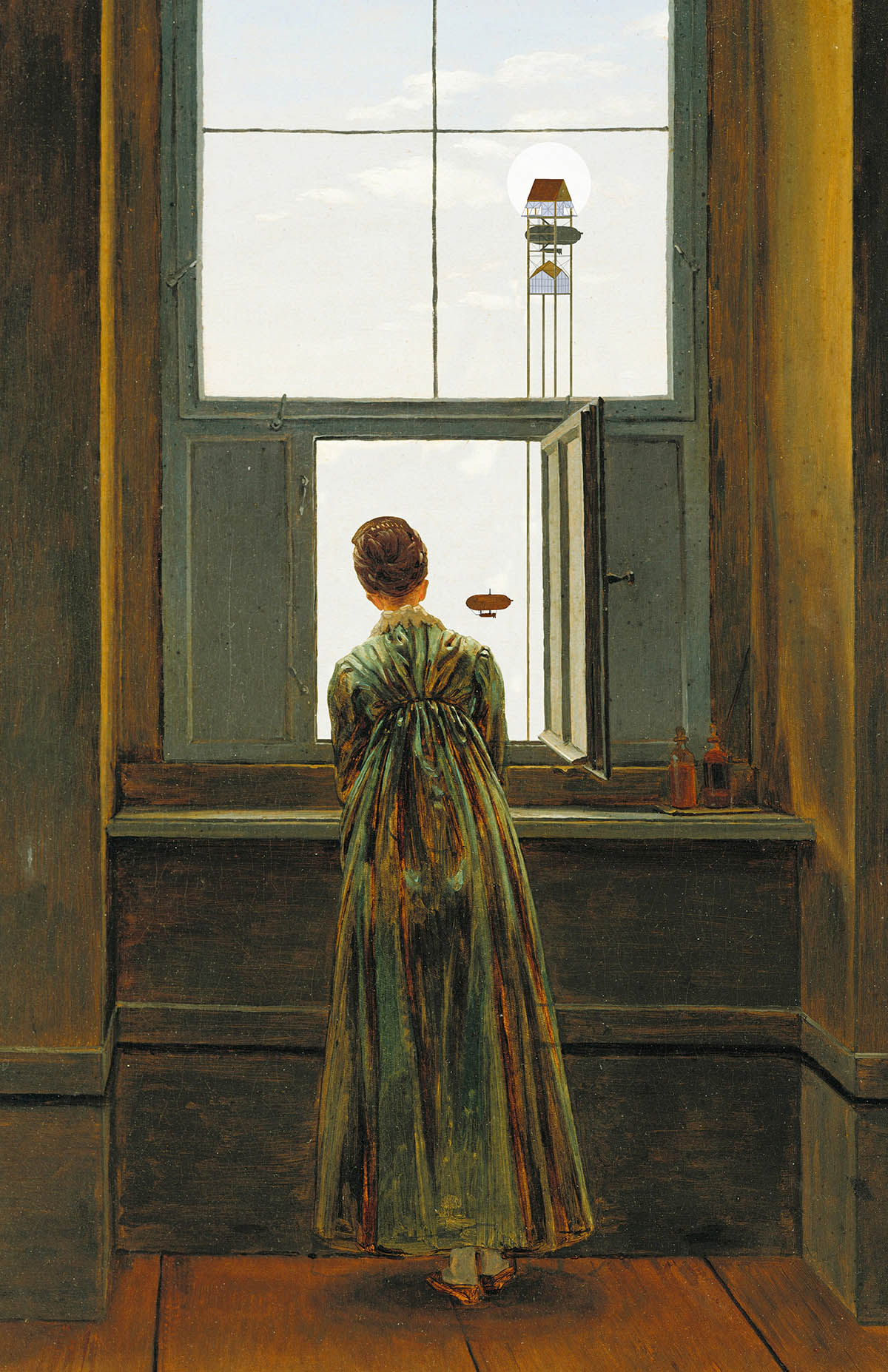 Third Prize goes to Ariane Merle d’Aubigné & Jean Maleyrat, two French architects that met in architecture school, for ''Up Above'', an imaginative story of refugees in the sky that build shanties on thin stilts, high in the clouds, to escape oppression, regulations, and inequality on the surface of the earth below.

''Revisiting the world of fairy tales by participating in the Blank Space competition was very stimulating. The short narrative takes a look at reality through the marvelous and the fantastic. We have tried to highlight contemporary issues and concerns by letting the supernatural burst into reality. Migration, the accumulation of wealth, overpopulation, the terrorist threat and pollution are some of the issues with which we live every day. We highlighted these concerns and our love of art through this poetic tale. Our generation often aspires to an "elsewhere", in our "elsewhere" the rules of the game have changed,'' said Ariane Merle d’Aubigné & Jean Maleyrat. 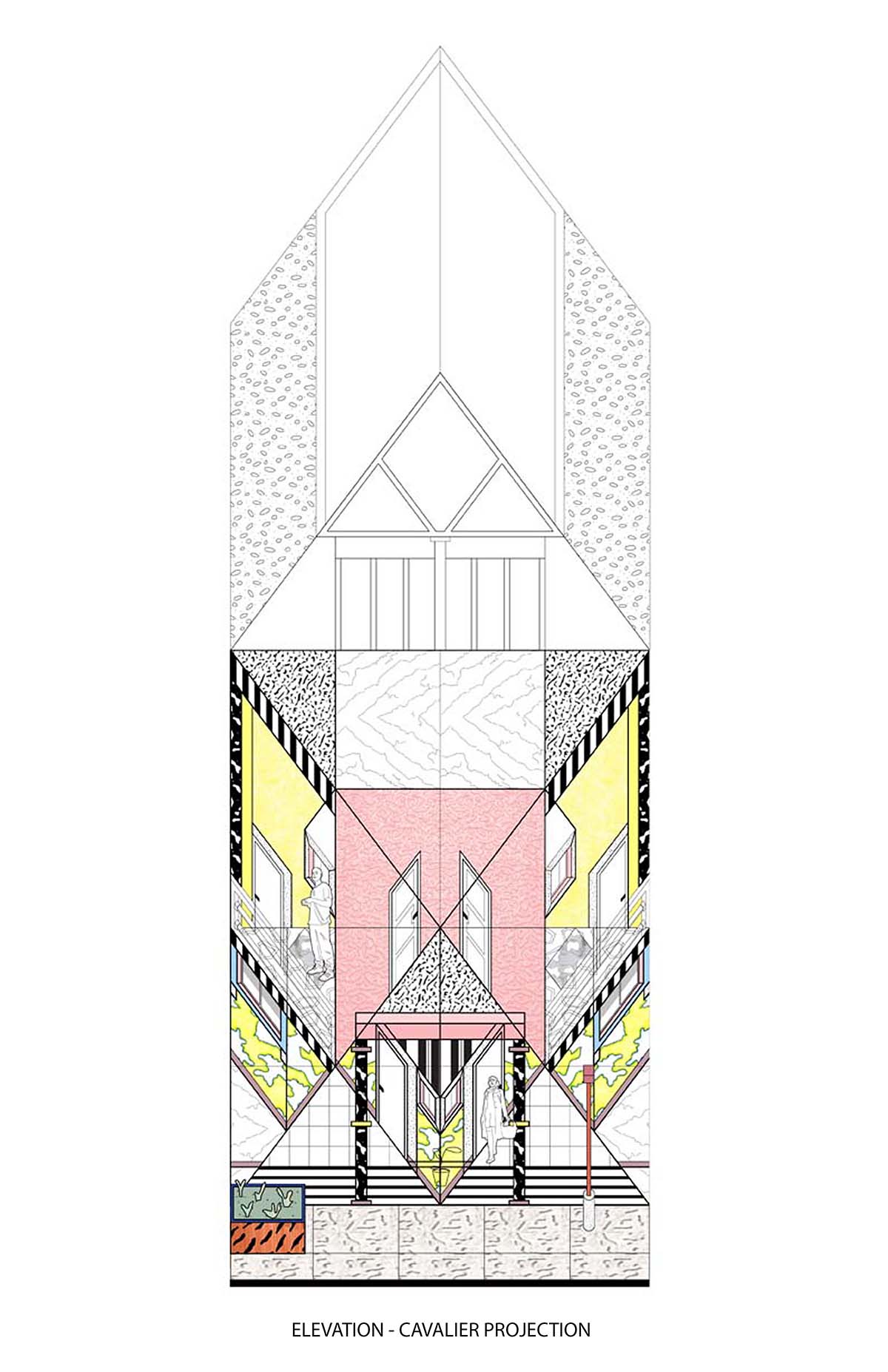 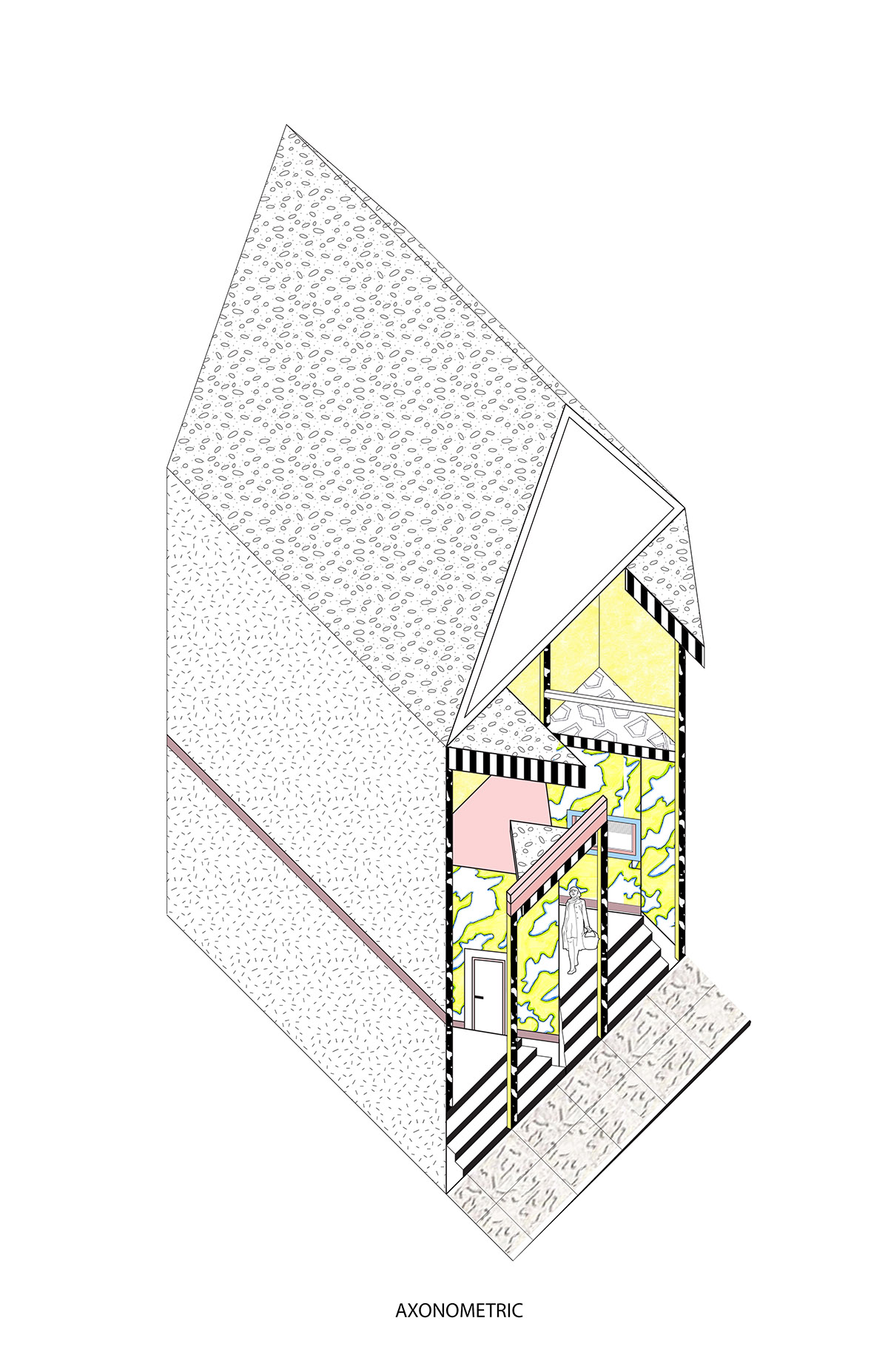 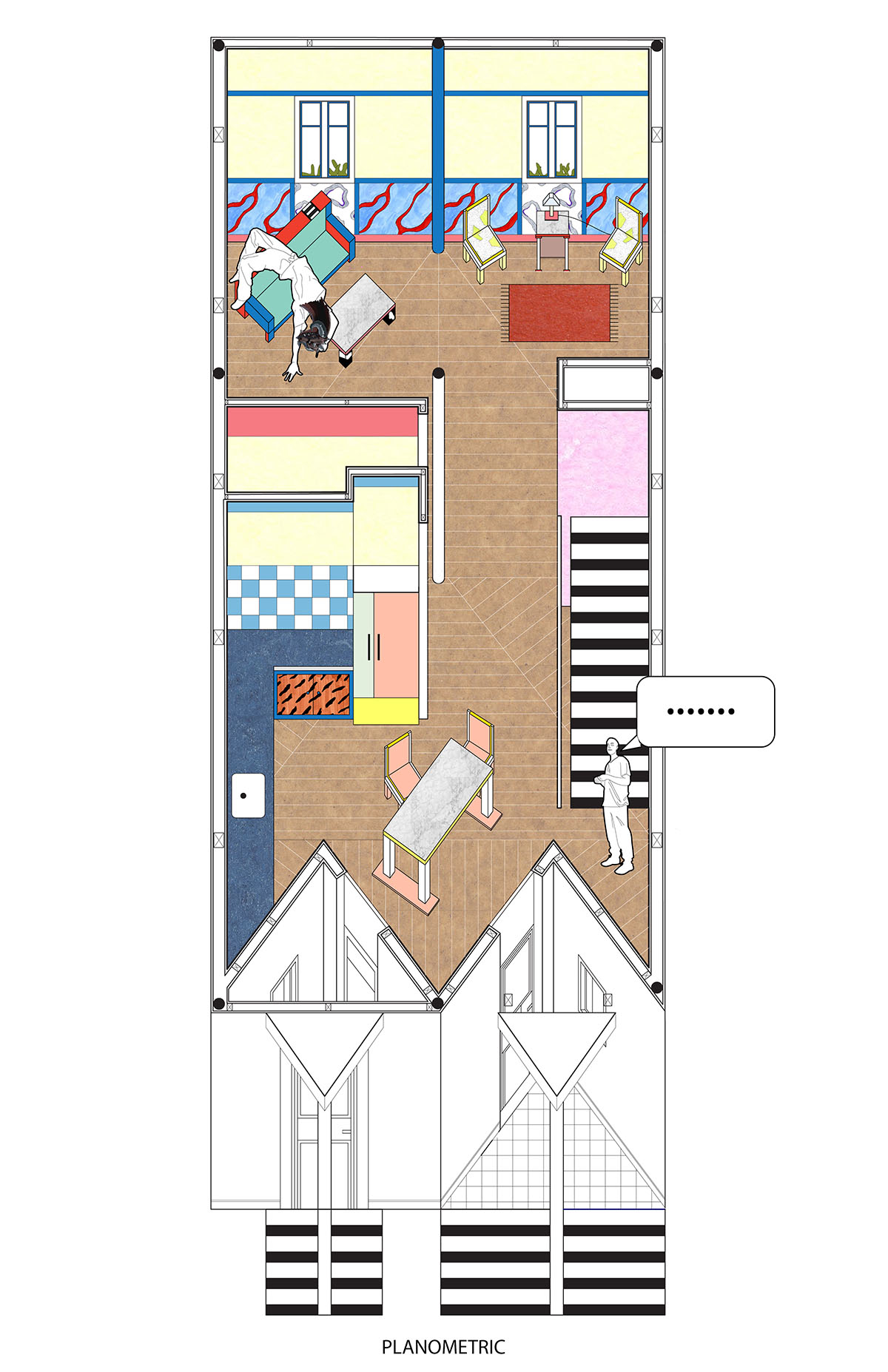 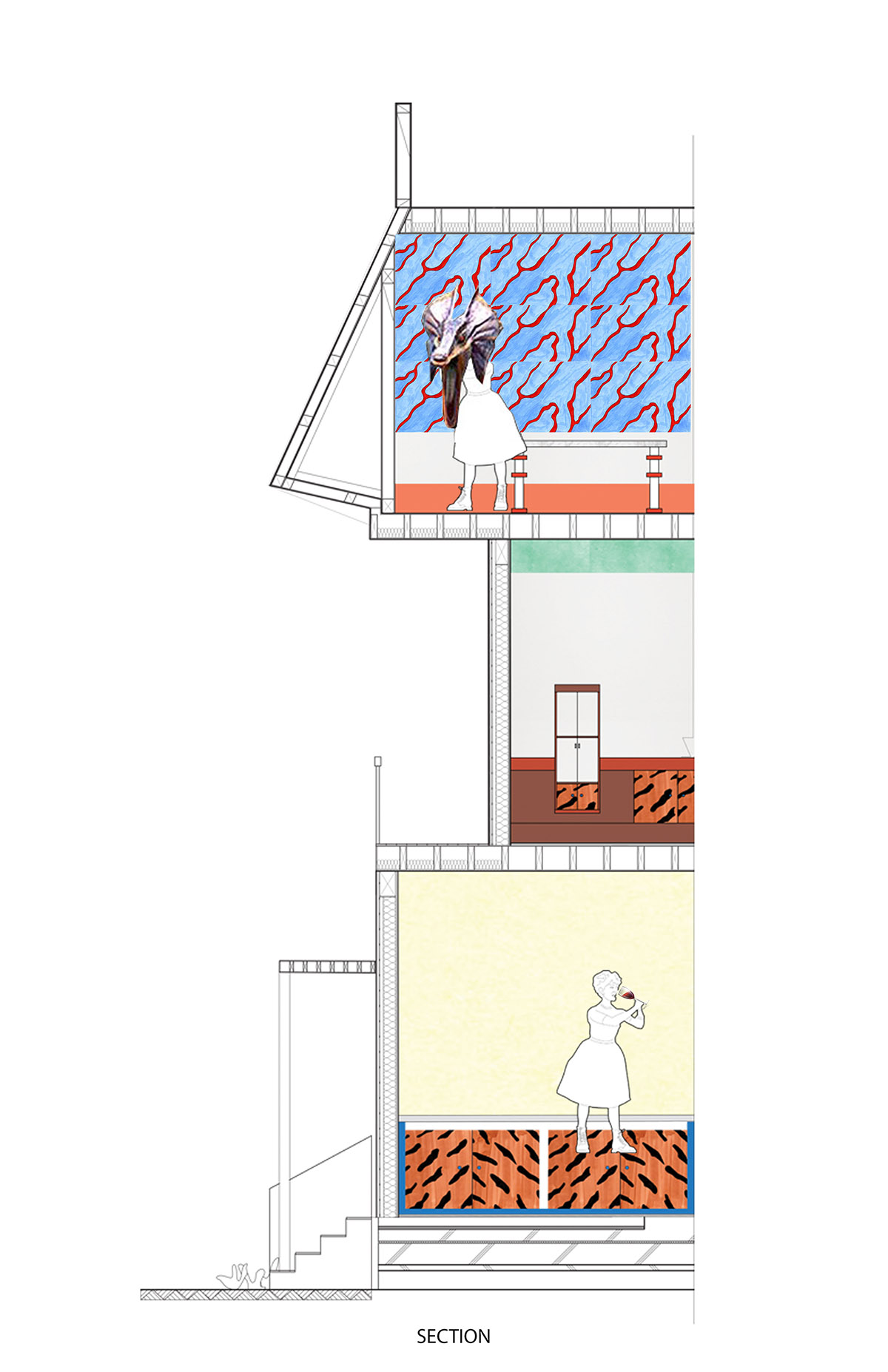 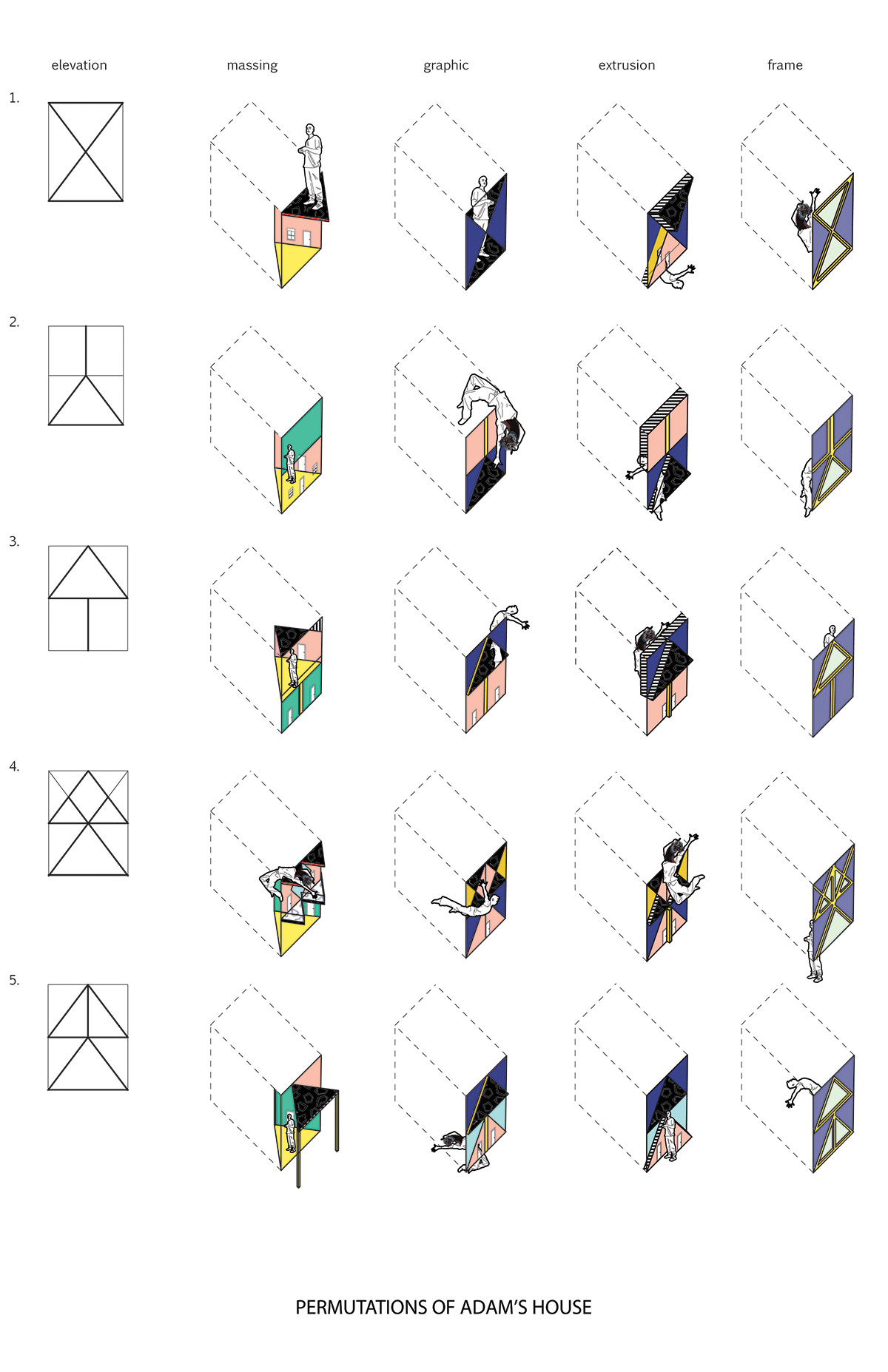 The AIAS Prize for the highest scoring entry from an AIAS member goes to Maria Syed & Adriana Davis, two architects that met while studying at the New Jersey Institute of Technology, for their story titled “Playing House”, an exercise in illustrating the destructive power of split-personality. Starting with traditional drawings of a modest dwelling, the drawings, and in turn, the narrative, devolve into a series of accusations, misunderstandings, and multiplicity.

''Playing House embodies the idea that architecture can eclipse the personality of its occupants, where the character and style of the architecture dictate the mood of the inhabitants. The loud textures and discordant angles of the home sparked the idea for the story: transitioning from room to room manifests itself in drastic physical and psychological change. The drawings, the genesis of our submission, address architectural conventions of projection drawings, merged with the unconventional appearance of the home to create friction. This act is mirrored in the story, where a typical visit from a neighbor turns peculiar. The two creators of this project worked closely throughout their undergraduate career, creating an inseparable partnership for their first collaboration,'' said Maria Syed & Adriana Davis.

The Fairy Tales competition has become a repository of the social and environmental issues that are at the forefront of everyone’s mind on a yearly basis. They capture the zeitgeist of the year in highly imaginative, and sometimes tongue-in-cheek ways. Blank Space founders Matthew Hoffman and Francesca Giuliani expand on how the competition has grown since its inception in 2013:

''Over the past 4 years, thousands of participants from around the world have crafted their own architectural fairy tales. Architects and designers have always been fantastic at generating graphic representations of their ideas – but what has improved the most is the quality of the text narratives. With each rendition of the competition, it is obvious that the participants have learned from the best qualities of year’s past, and have gone on to craft their own extremely innovative fictional stories. The competition has proven itself as a collective exercise to show the world new ways of discussing and writing about architecture, and in this most vital sense, it has been a great success.''

See all Honorable Mentions below: 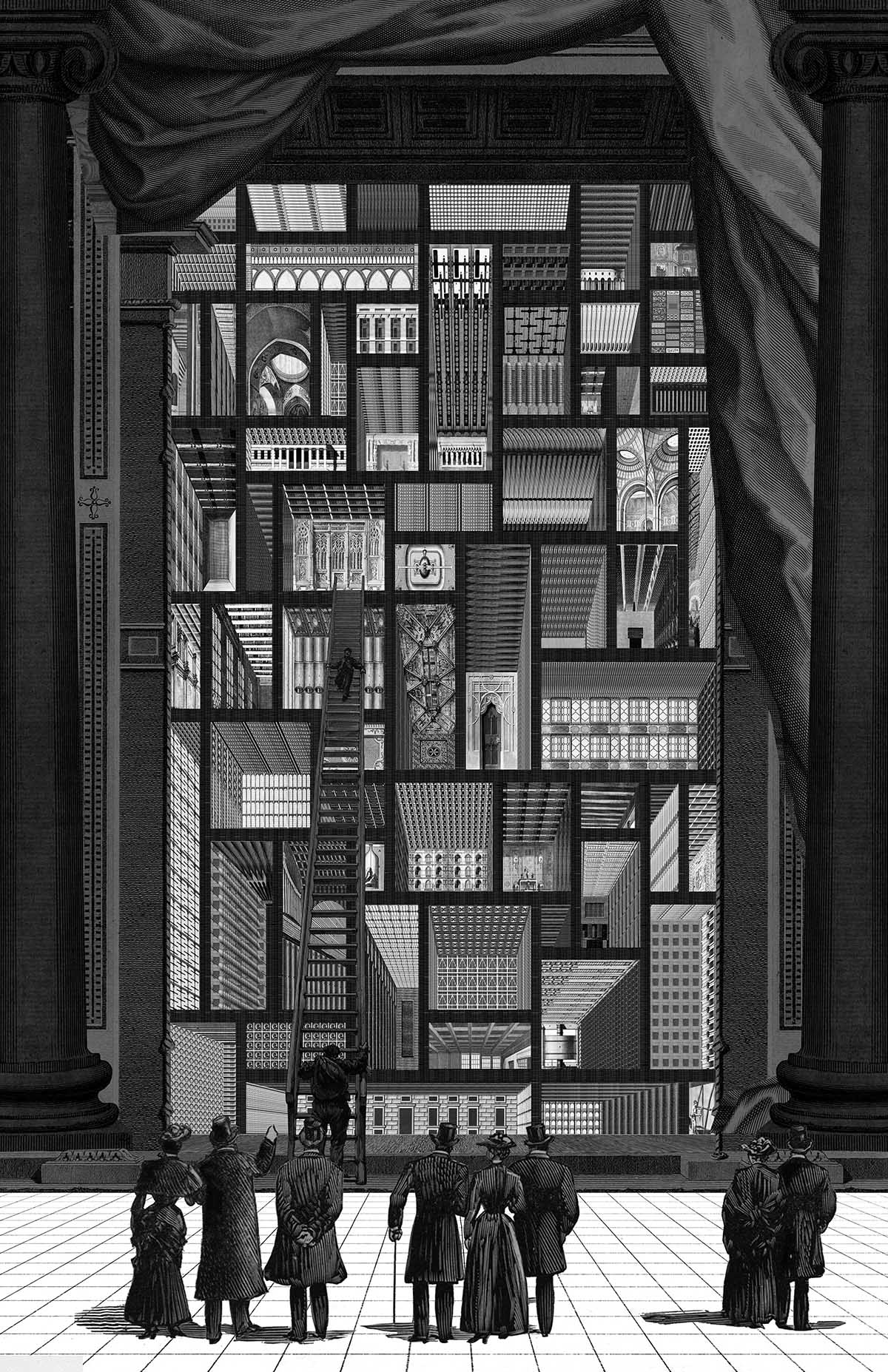 Xinran Ma for ''One Thousand and One Nights'' 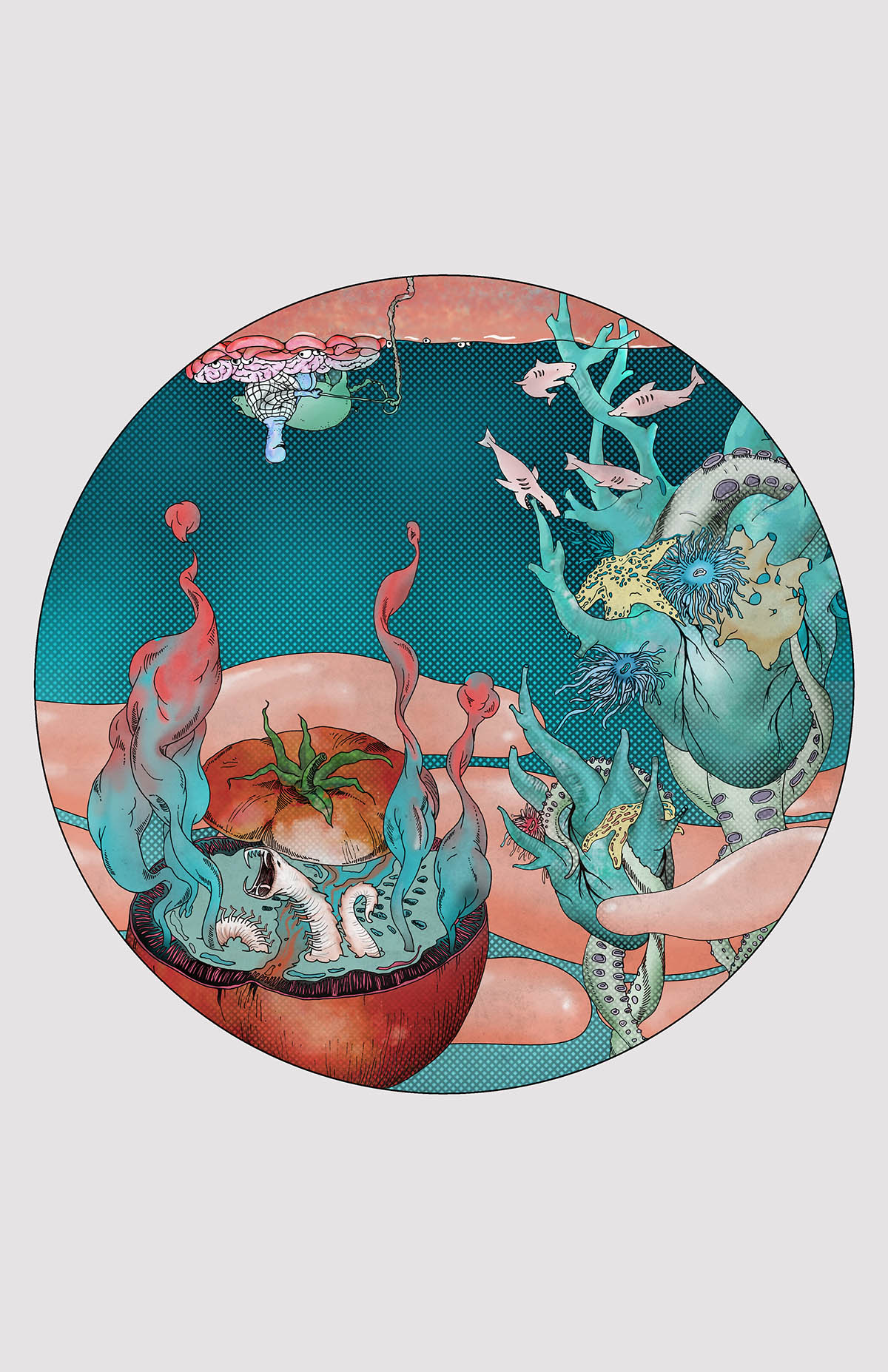 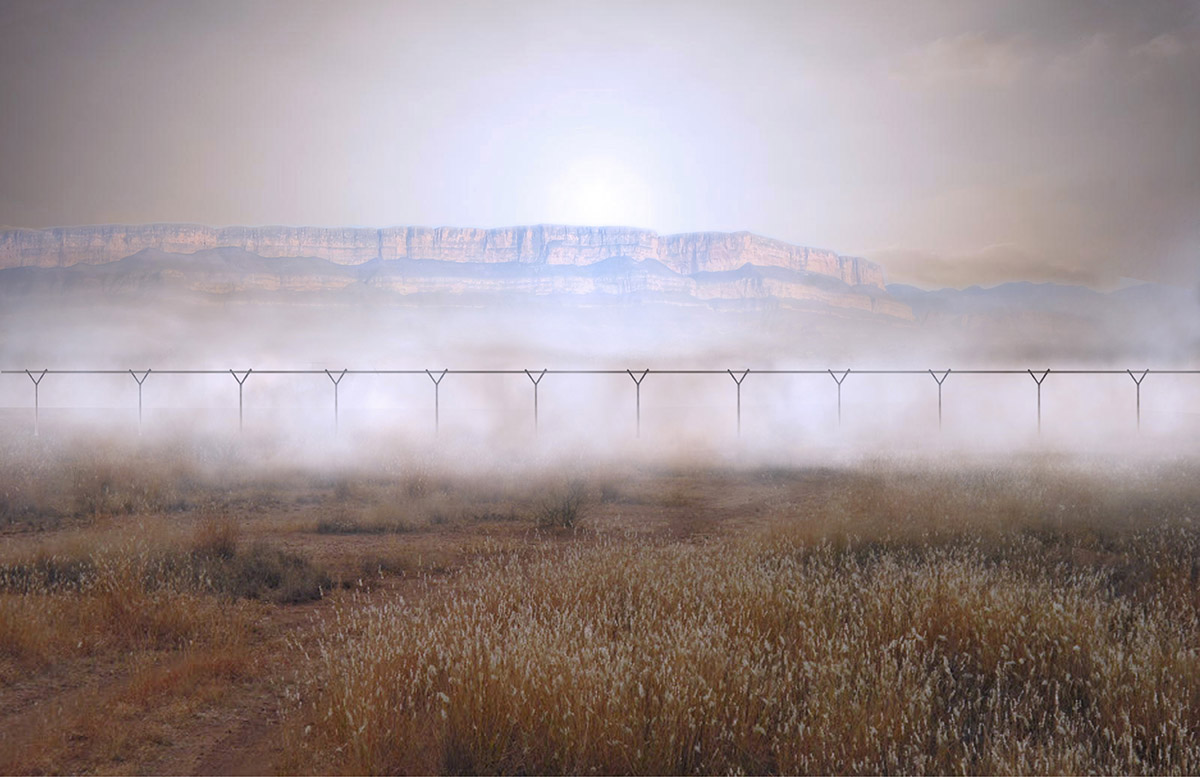 Carly Dean & Richard Nelson-Chow for ''Call for Submissions: The Great Wall of America'' 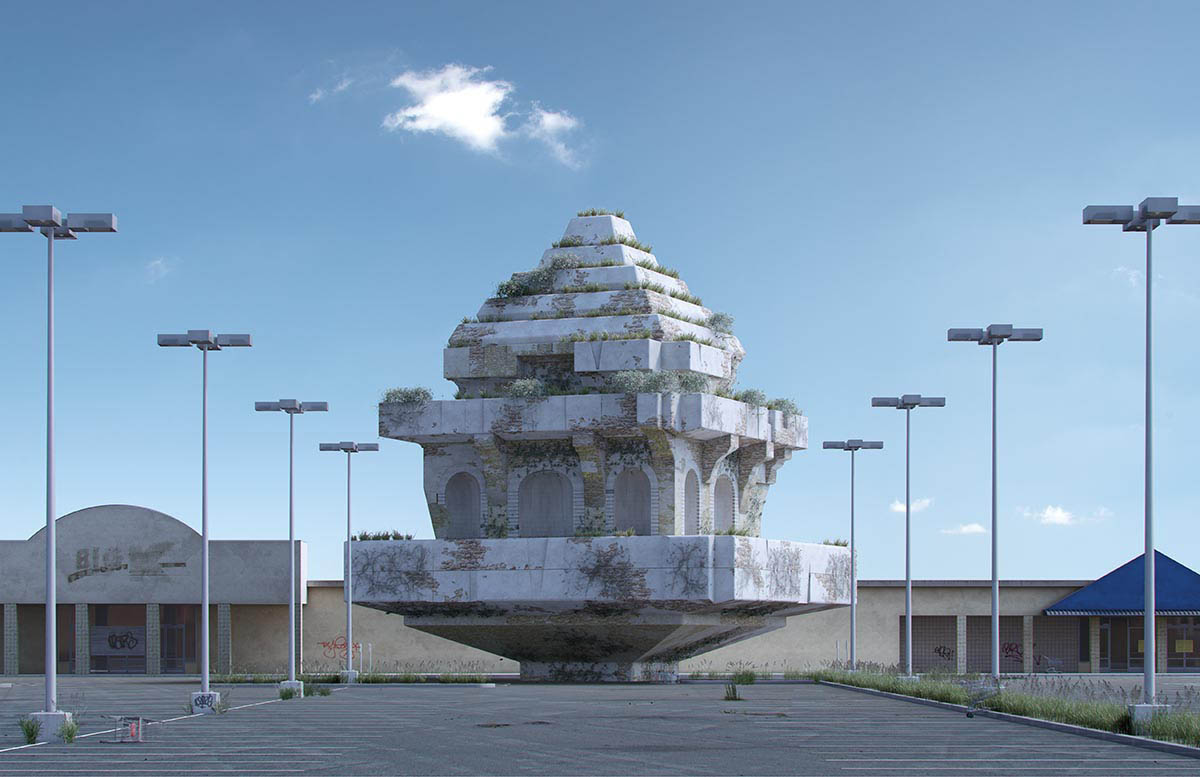 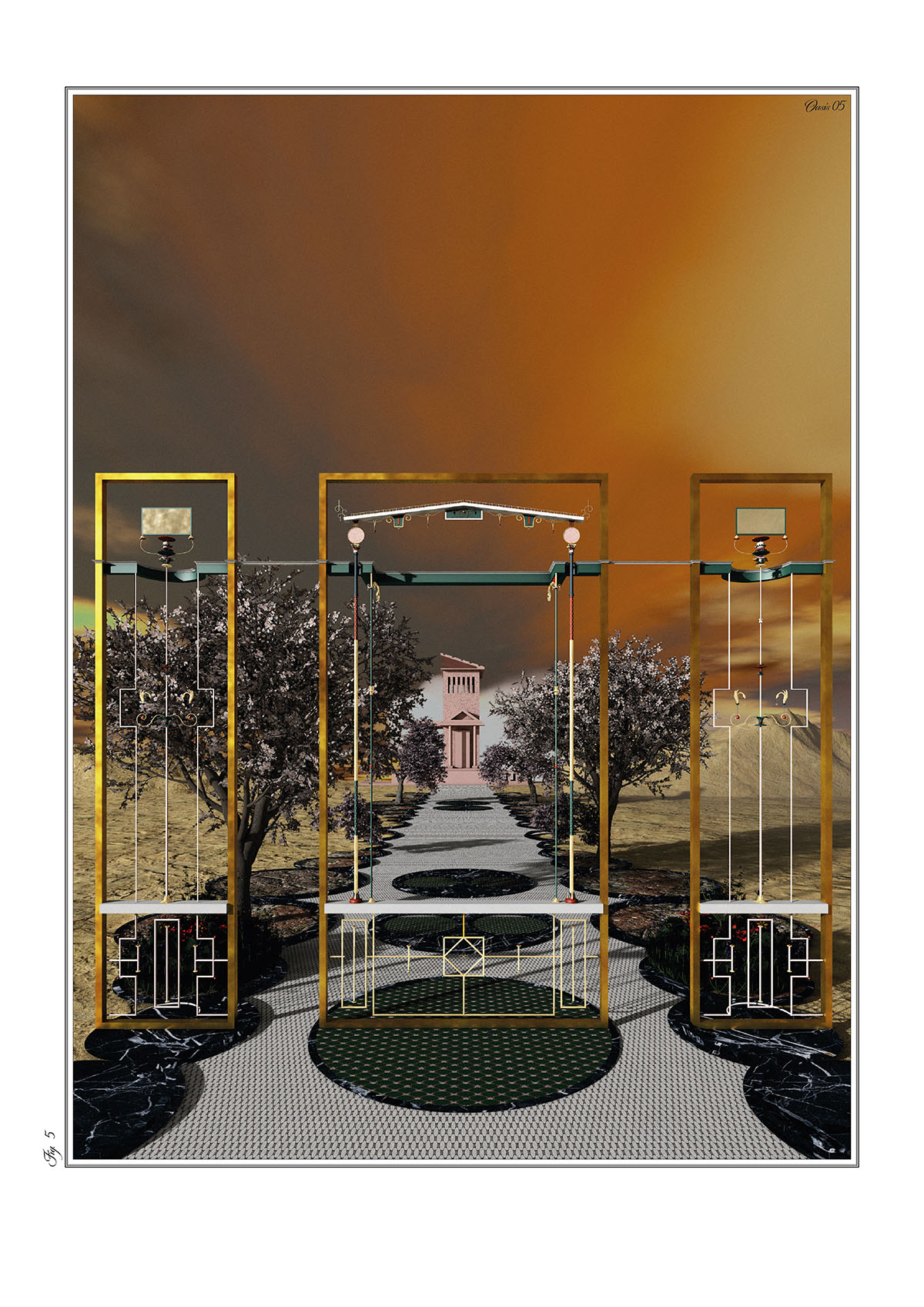 Dakis Panayiotou for ''Leftovers of a Dream'' 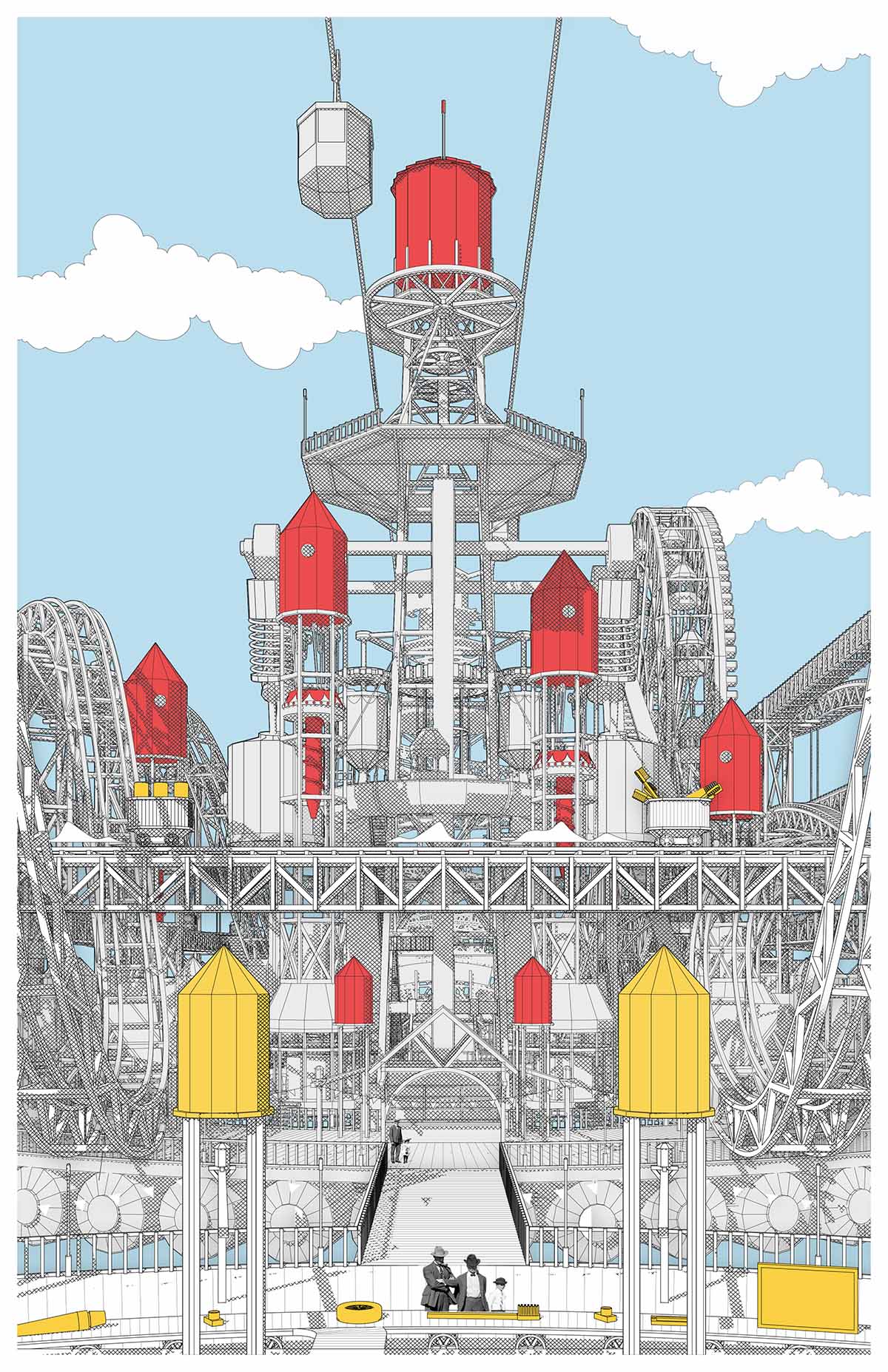 Julien Nolin for ''Amazonia Pier: Manufacturing an Architecture of Pleasure'' 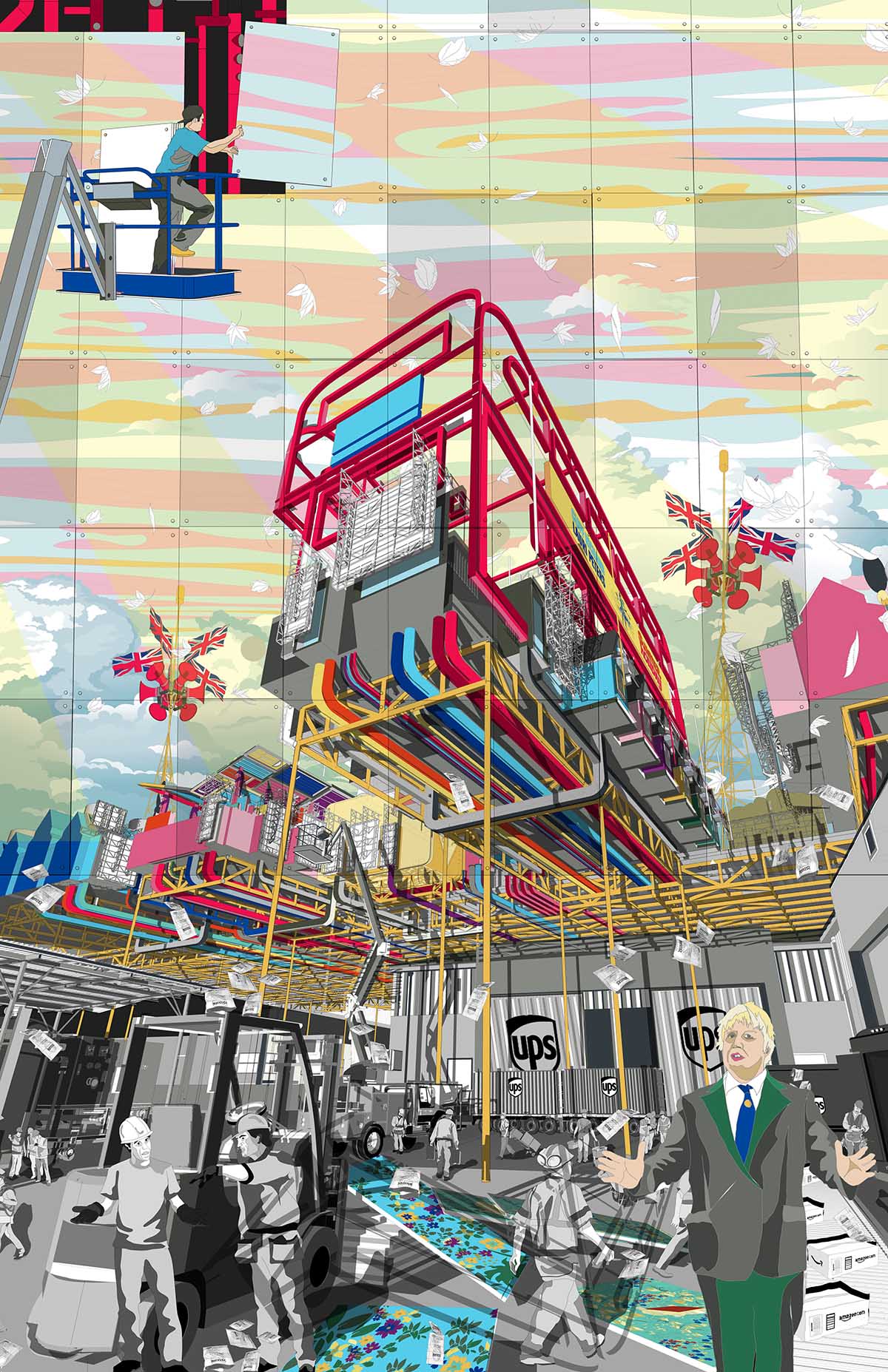 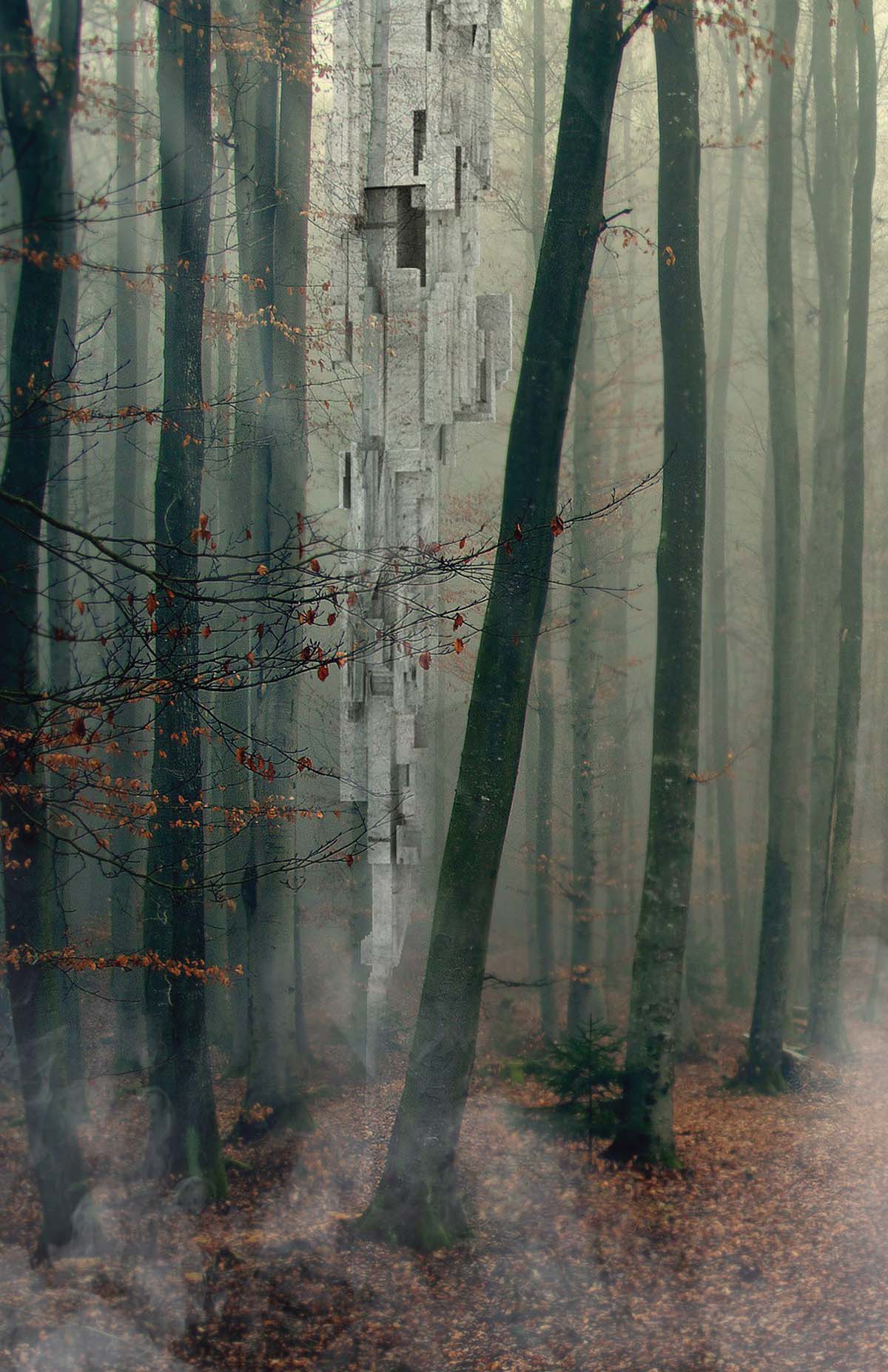 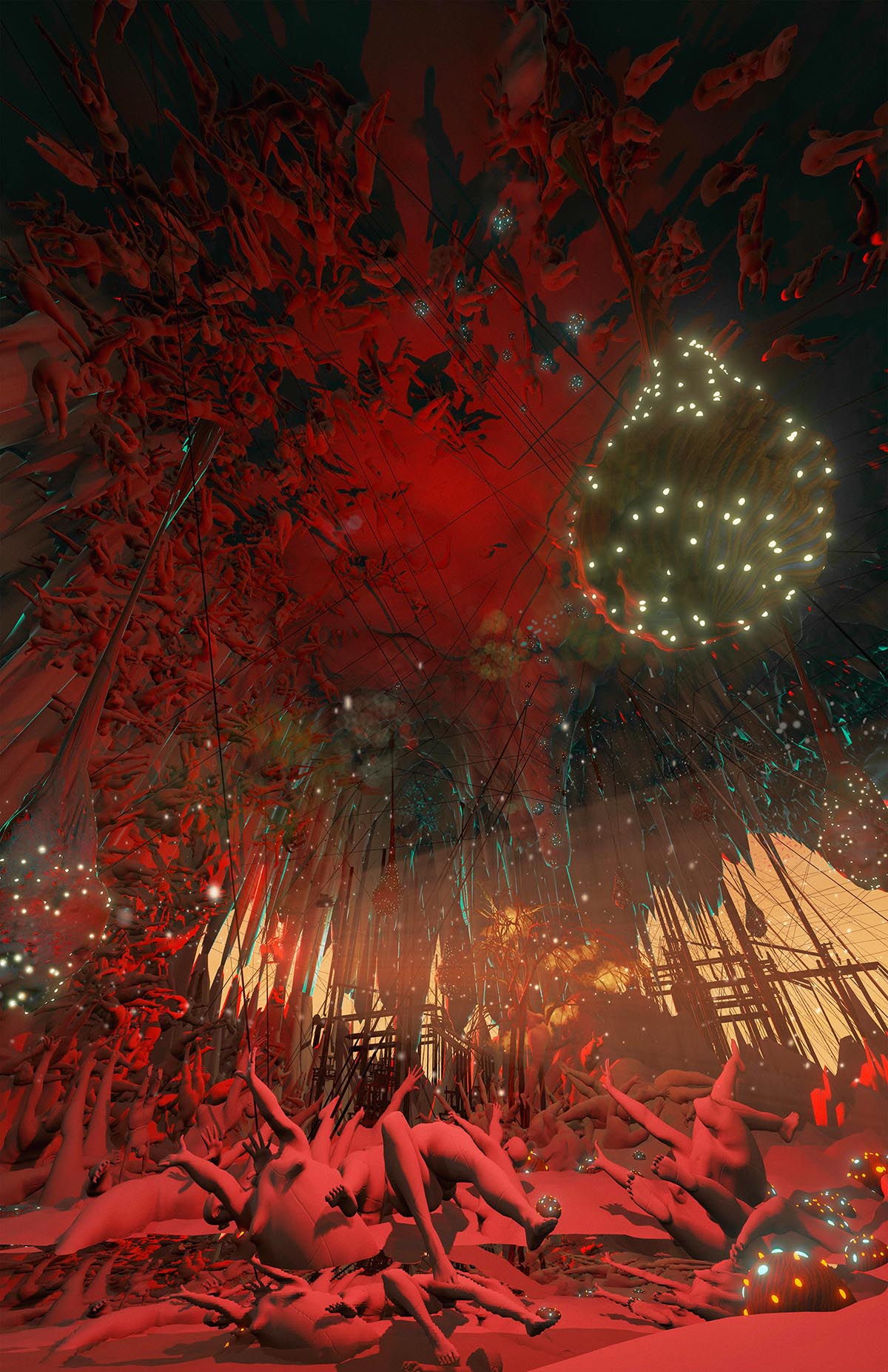 Last year, Olson Kundig was the 1st prize winner for the Fairy Tales competition with his ''Welcome to the 5th Facade'' project, which explored an ongoing investigation into urban rooftops, the largely neglected uppermost layer of cities.

Kundig's proposal rendered a story, applying a narrative filter - to both built and conceptual projects - became another way to look at and critique design ideas.