Developed Pacific Eagle and SKS Partners, 555 Howard will be the first U.S. tower of Renzo Piano outside of New York. 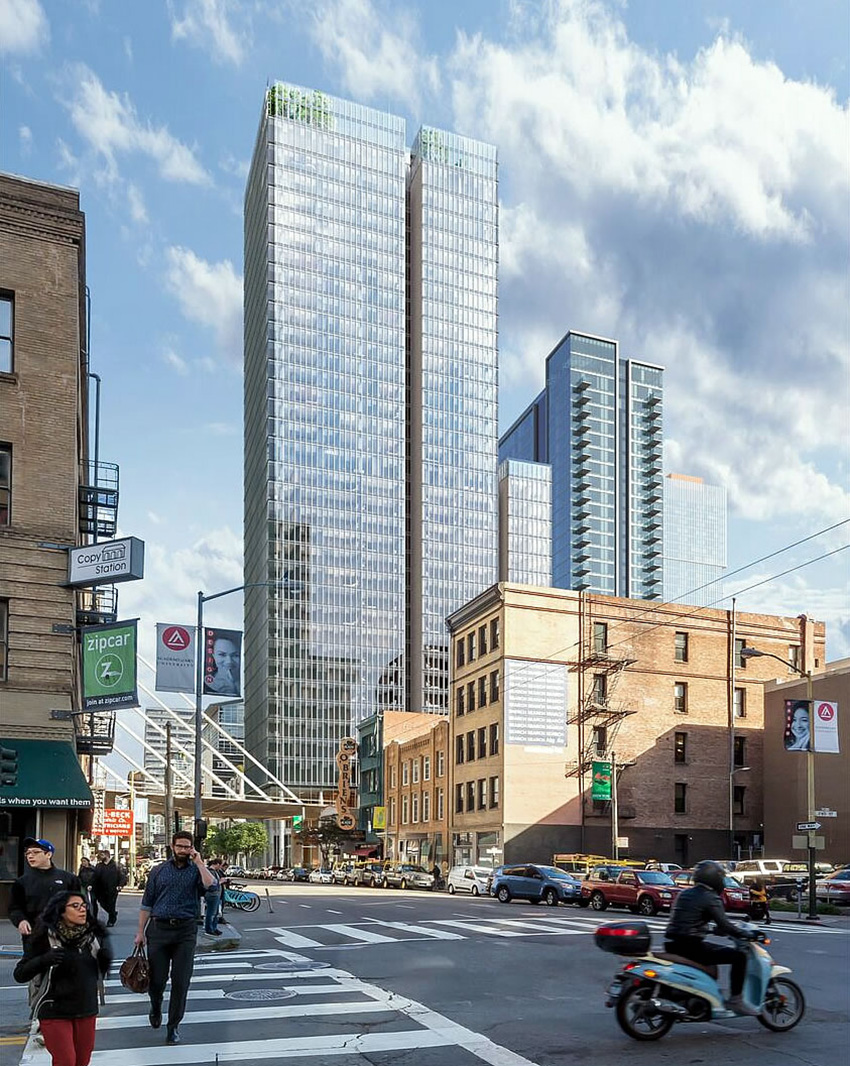 555 Howard, a mixed-use development, located one block from the $4.7 billion Transbay Transit Center — the largest transportation hub ever to be built on the West Coast.

Transbay is home to some of San Francisco’s most exciting skyline altering new development projects and will become the new core of downtown San Francisco. 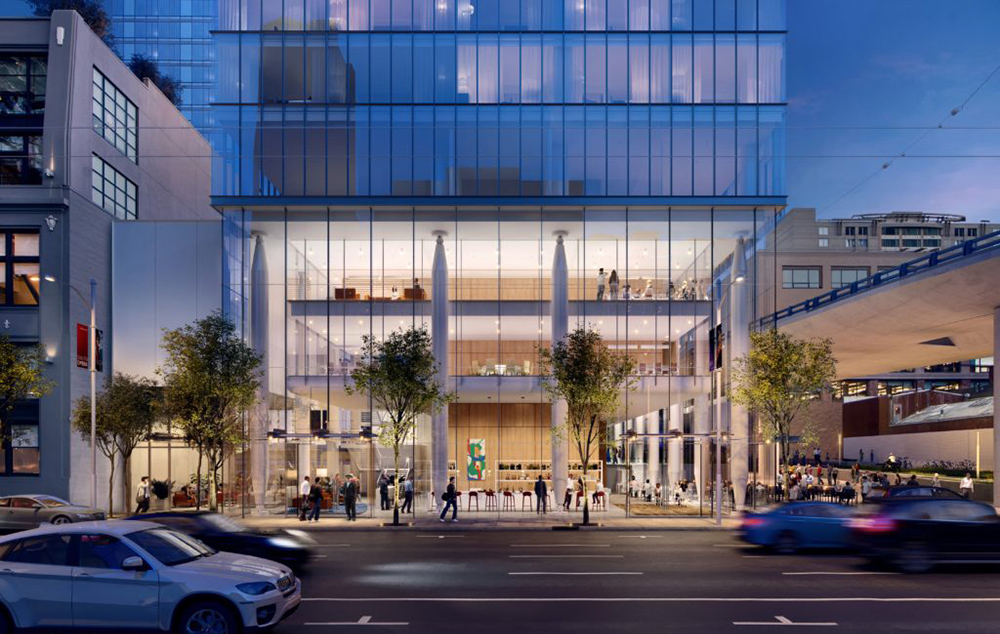 Renzo Piano’s super-clear glass tower features hotel, residential space, meeting rooms, a ballroom, gym, restaurant and public cafe on the ground floor, with an open rooftop terrace situated atop 36 floors. In the flying terrace, a penthouse restaurant and lounge are shaded by trees and framed by a 20-foot-high glass wall.

The developer also plans to include %15 affordable housing for the project. Constrcution of the project will create 700 temporary jobs and the hotel is expected to employ 300 workers, according to the developers. 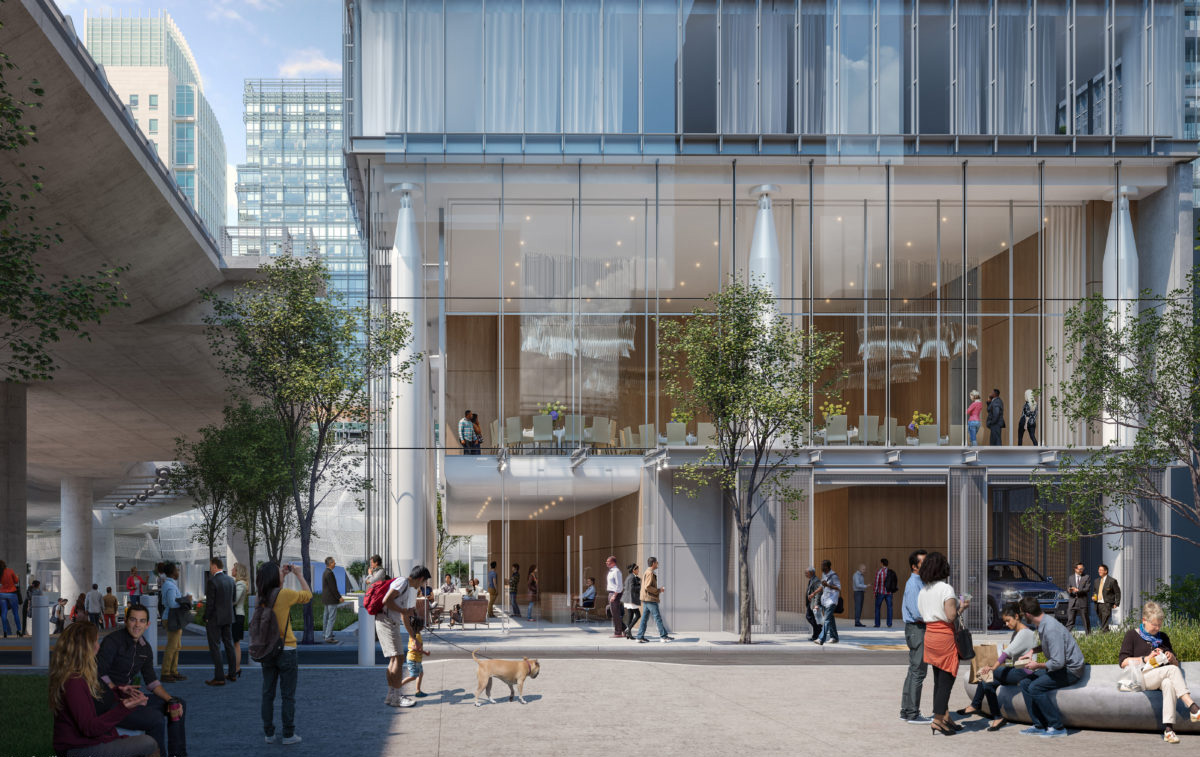 The glass tower introduces an open space on the ground floor with a glassy setback from the street, which is easily perceived from its Transbay district site. The building will also include 255 hotel rooms and 69 residential units.

A 12-metre-tall tower uses double layers of glass along the south and west facades to lower heat inside the building, while solar panels could also be integrated. The building is positioned alongside an elevated bus ramp into the new Transbay Transit Center, including a park placed underneath. 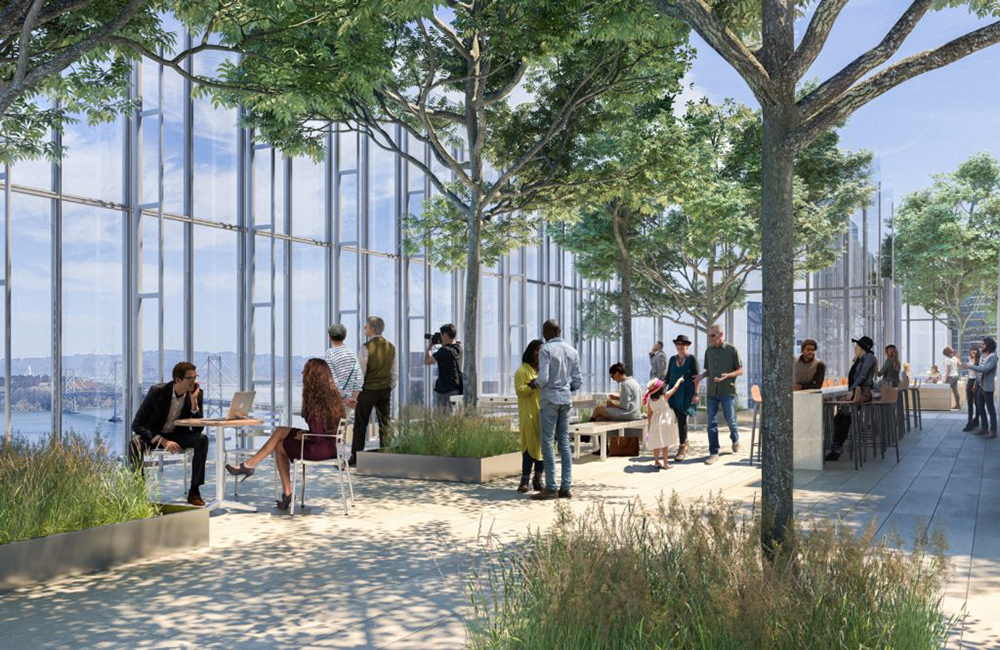 The project was presented at the city's Planning Commission last week and it is expected to be approved within a month. If everything goes on a plan, construction may start by late 2017, according to Pacific Eagle.