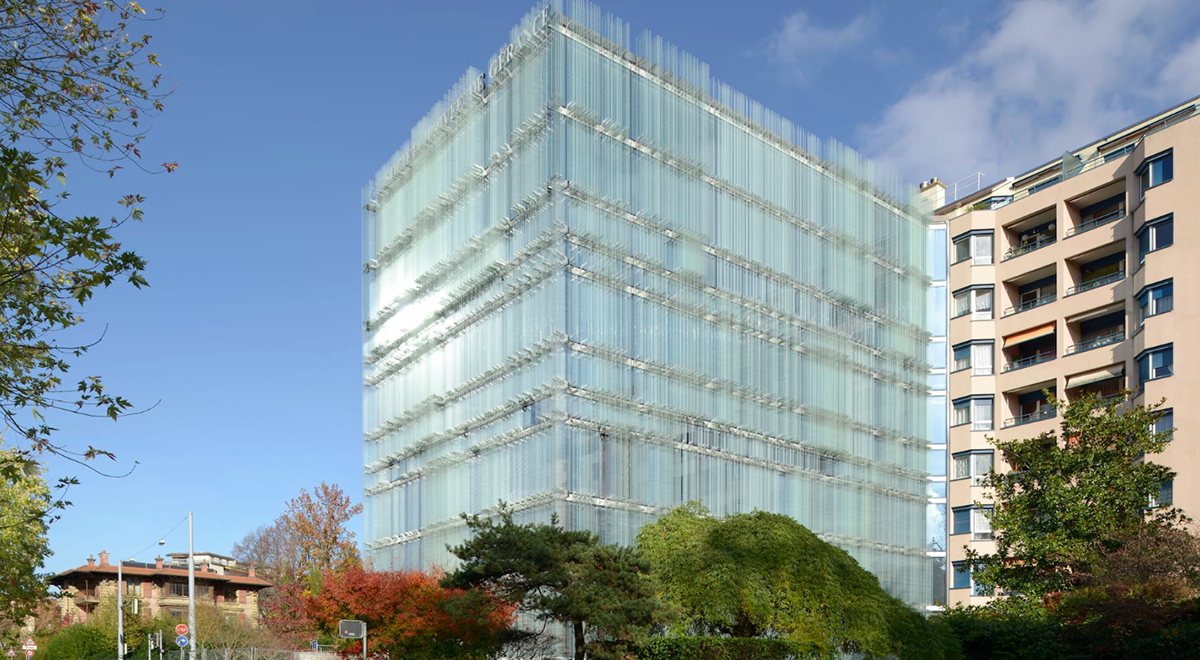 The architect implements double facade for the building. The first layer consists of triple-pane glass which is the envelope of the building. 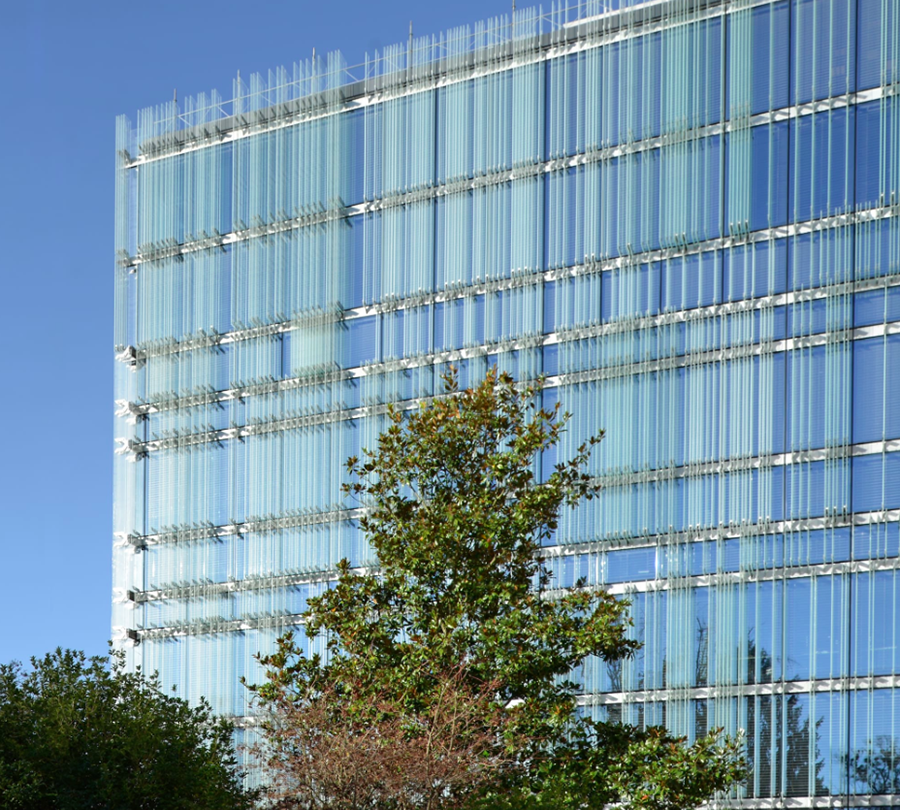 ''The structure of SPG office complex consists primarily of a skeleton of pillars and reinforced concrete slabs, on which they are hung on the cells that make up the prefabricated curtain wall,'' says Giovanni Vaccarini.

''The individual cells make up the double-skin facade, a system that allows, one hand to naturally ventilate the building envelope, on the other side it is a shield against solar radiation. The ventilation system has been combined with an internal system of forced ventilation, still reducing the building’s energy consumption when compared with a traditional facade.'' 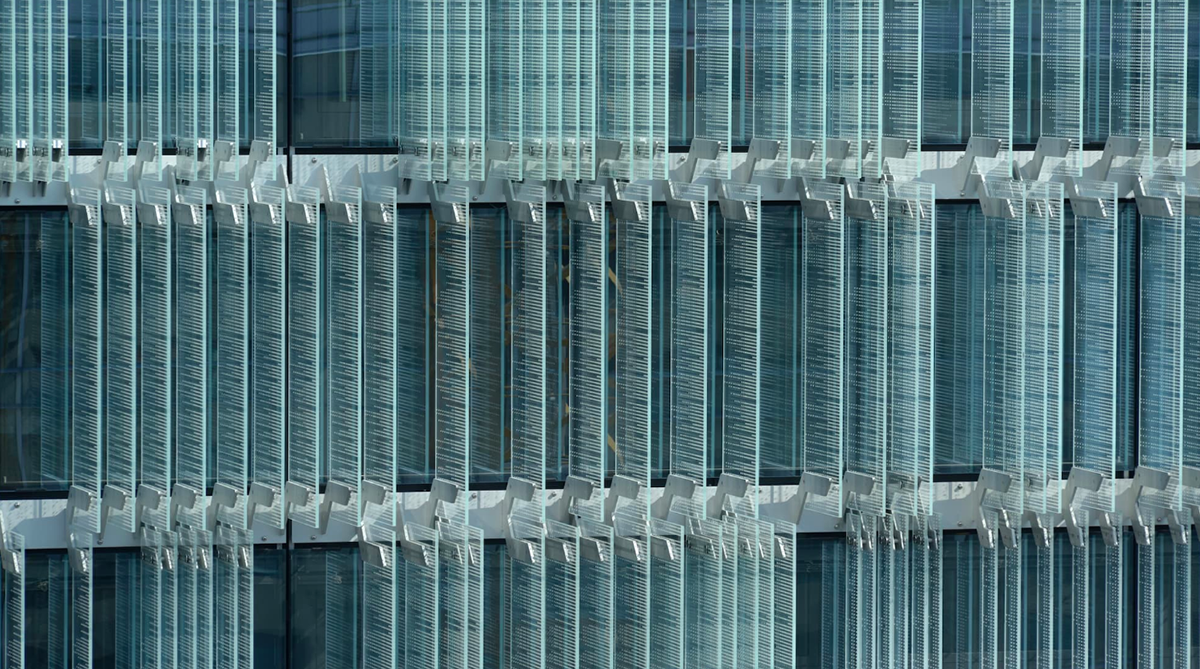 The division of the facade in prefabricated modules, aligned with each plane along a horizontal band, provides flexibility in the arrangement of internal partitions, making it possible to place a wall every 1.5 meters. The double façade is composed of prefabricated cells, the standard modules are 1.5 wide and 4 meters high. 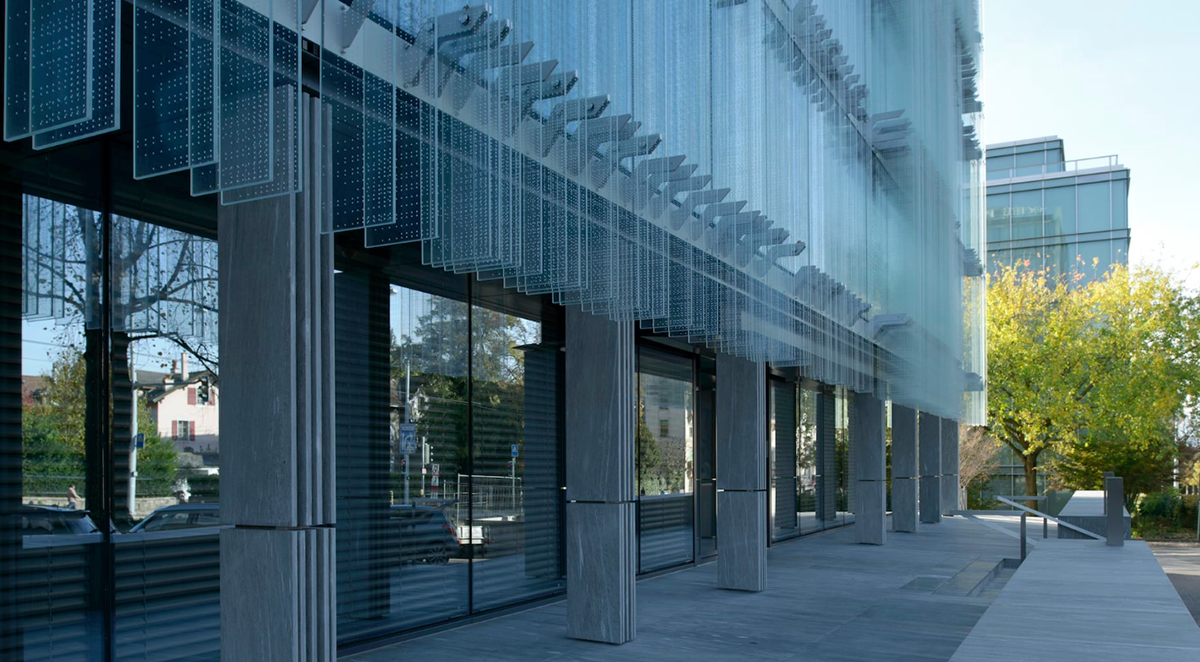 These are dry hooked to the reinforced concrete slabs through hooks, vertically and horizontally, and are bound together by a male-female system. Each module has a double skin, one internal and one external, made of glass mounted on aluminium. The inner layer consists of a traditional type frame windows providing high- performance thermal and acoustic insulation.

The outer layer instead, at a distance of 30 cm from the front line, consists of a single tempered glass, screen-printed on the inside, and glued with a structural silicone to the frames (partly fixed and partly vertically rotating). 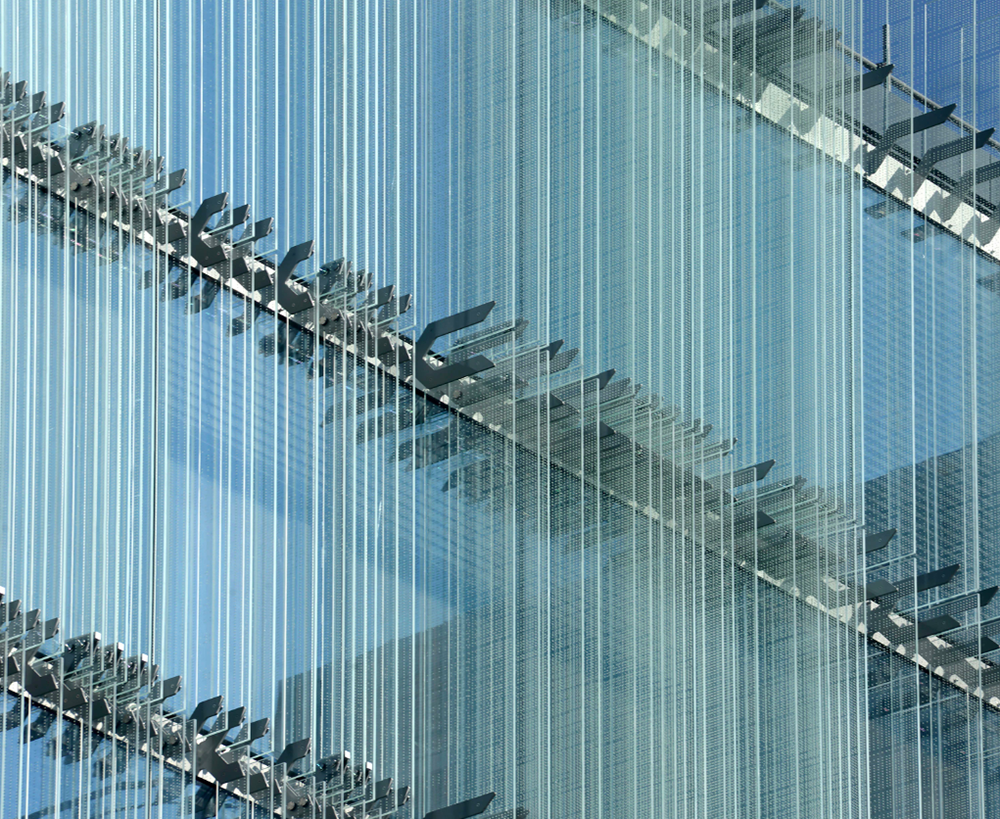 The glass panels, thanks to the dotted serigraphy printing that covers 80% of the surface, act as a brise soleil, ensuring transparency and visibility. United in groups of nine, the mobile and electronically controlled panels, can be rotate on their vertical axis by a central hinge thanks the engine in the intrados of the prefabricated cell.

Their movement is controlled and regulated by light sensors positioned on the façade. The control system of engines is centralized (BUS). The ventilation system of the façade offers the possibility to move the ventilation system to the outer perimeter of the building, and therefore offers the opportunity to clear the ceilings of each floor from the bulk of large size pipes and false ceilings: a very popular design and energetic principle in Germany that has not yet been consolidated in Switzerland. In fact, even the air conditioning system of the MAC 567 combine the natural air to forced air conditioning systems positioning them in the ceiling.

This kind of choice is explained in the needs of interior space distribution flexibility of an office building designed for future leasing to a services company. The tenants company needs to come into play only when the building is almost finished. 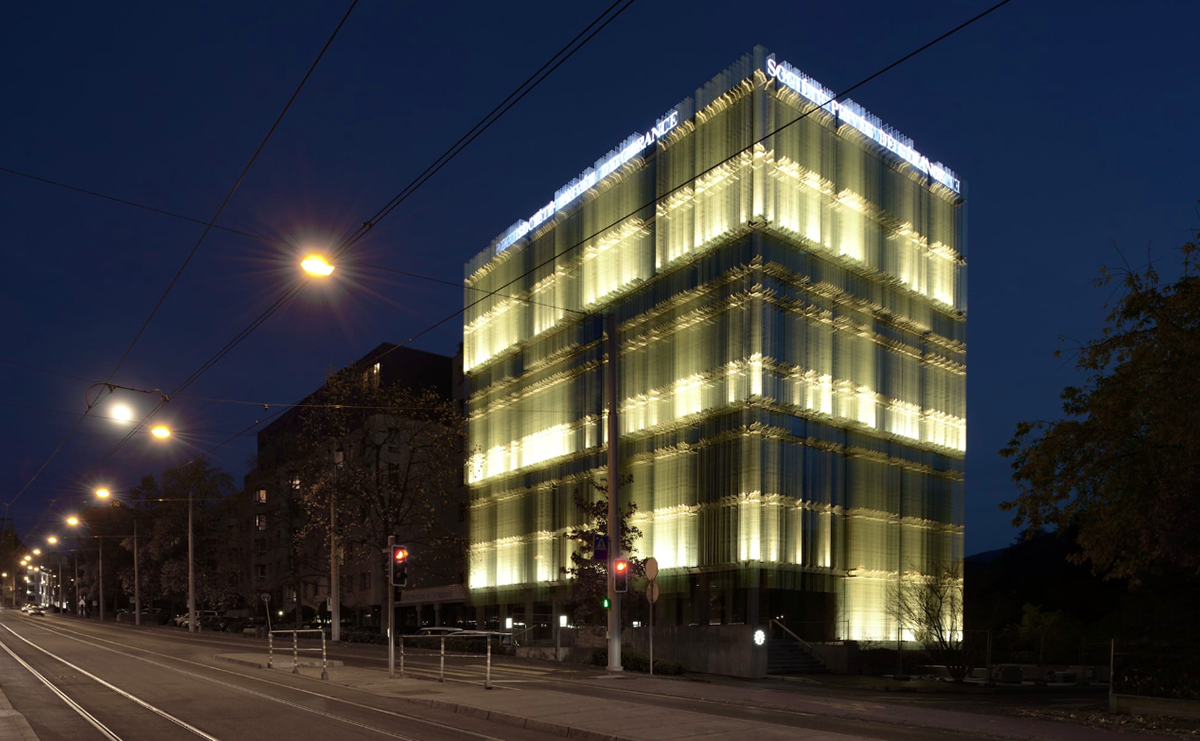 The spread of a new type of client, the one of big companies of development, which builds large buildings, creates a distance between the actors of the design process - construction (committee and designer) and end-users, with their specific distribution needs. This fact necessarily affects the design and technological choices of a building. 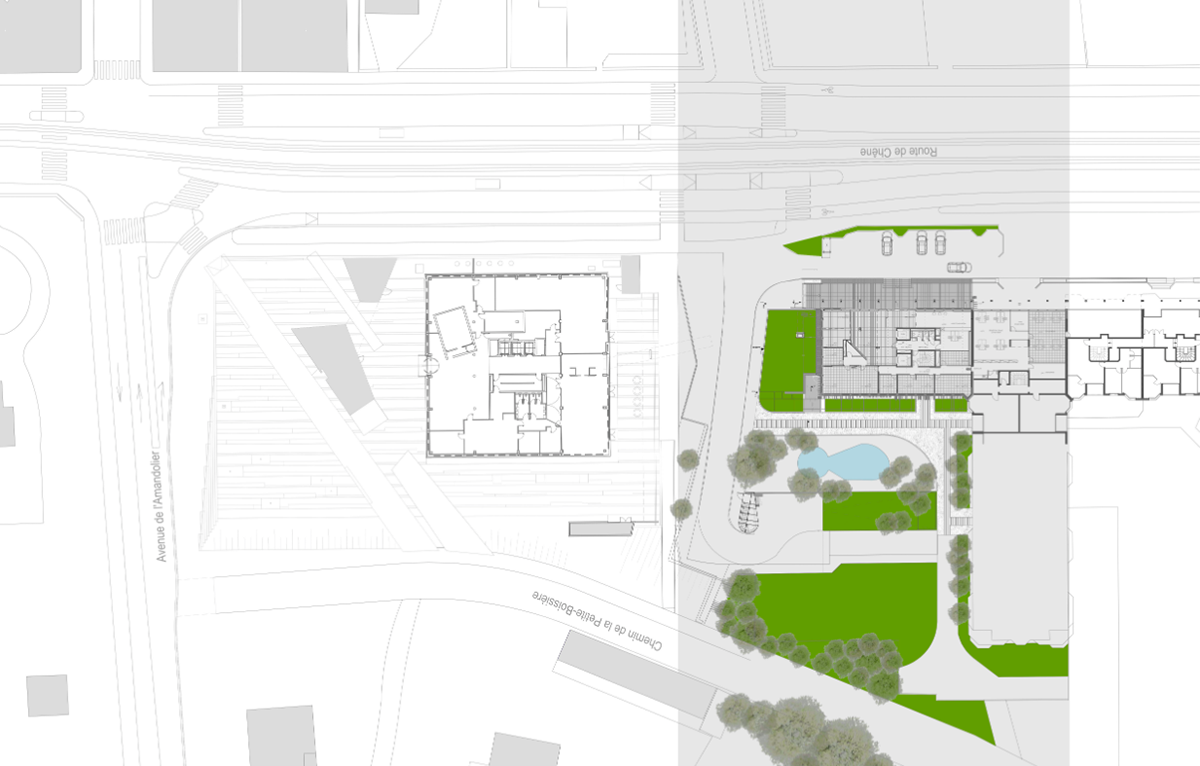 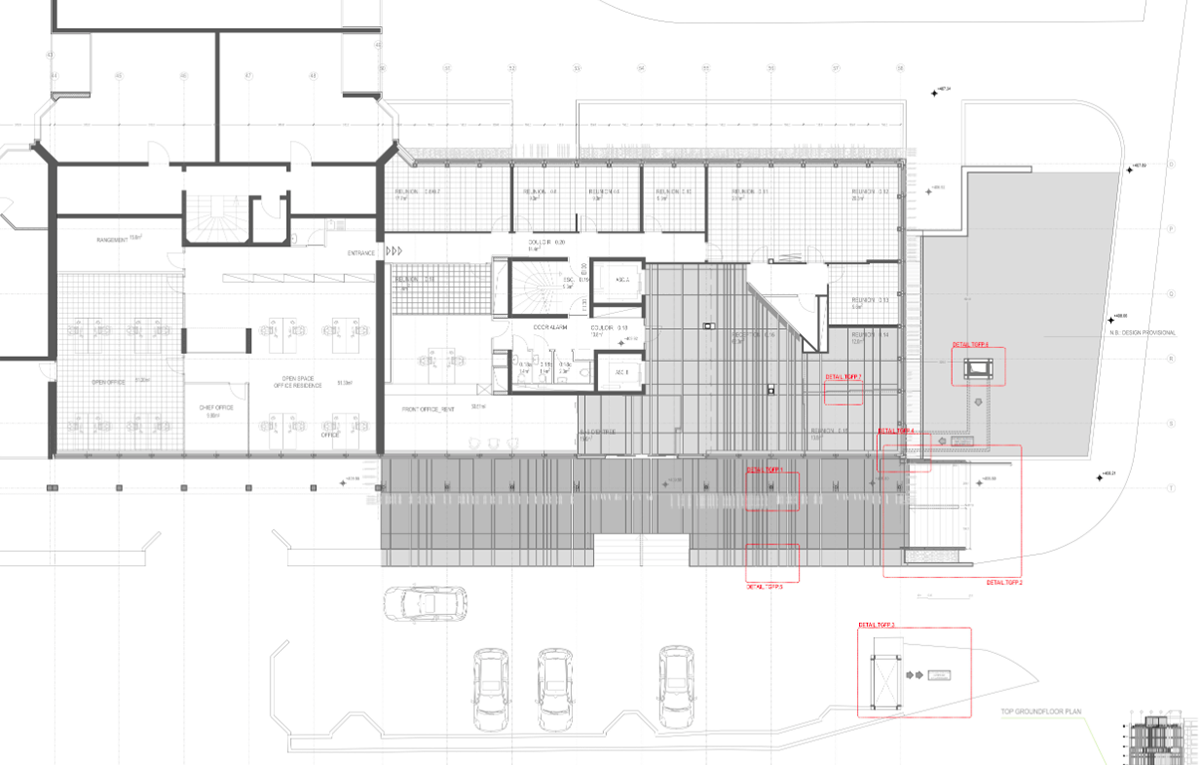 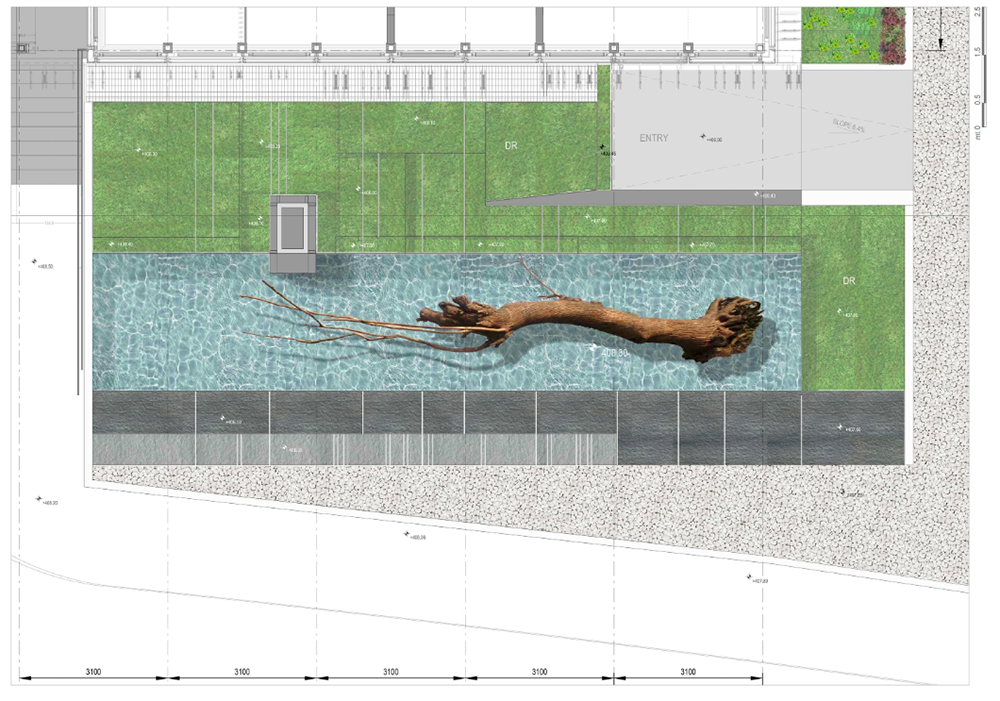 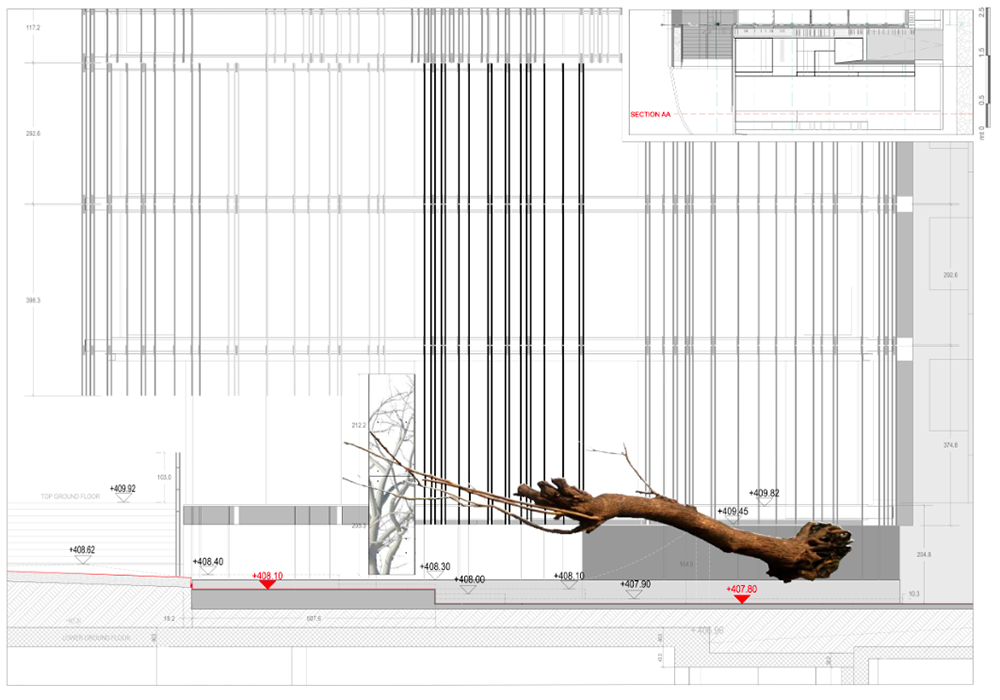 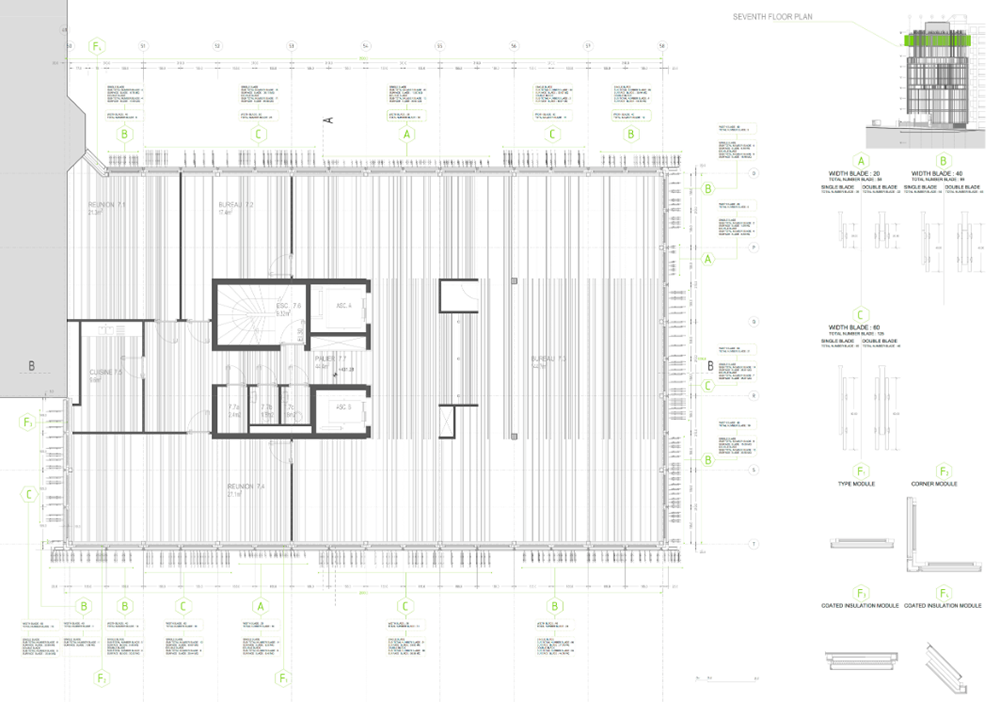 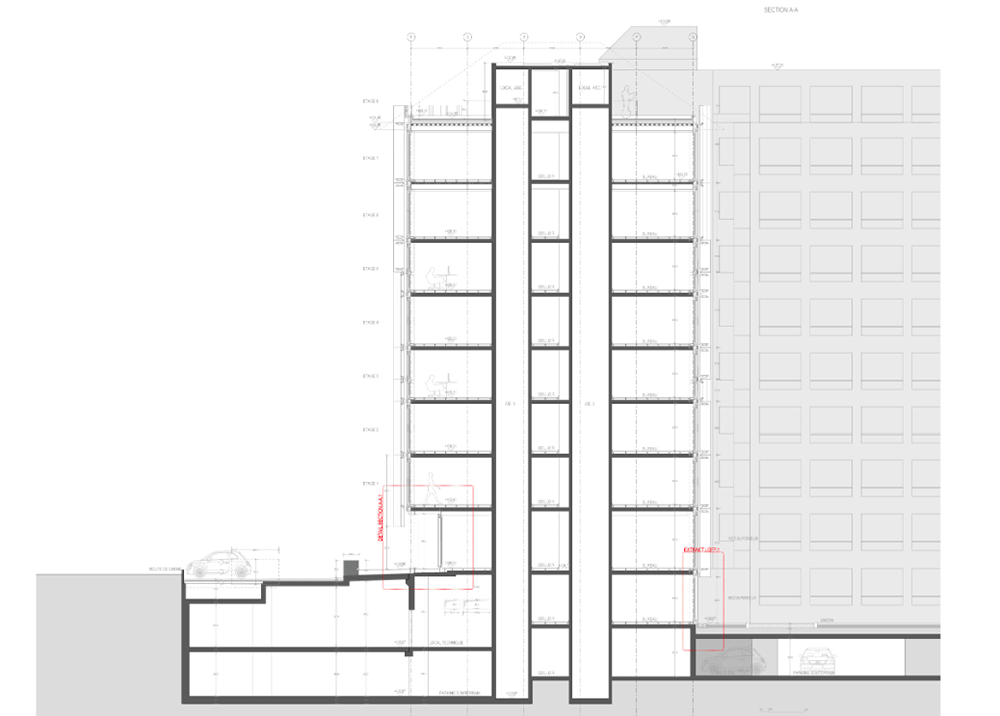