Austria-based architecture firm Bernardo Bader Architekten has completed the smallest chapel in the wild region of Krumbach in Austria. The chapel stands alone on a hill with its pure wooden structure, only one door and rear window to get natural light.

Named Kapelle Salgenreute, the chapel was built with more than hundred of volunteers from the region. The project is situated topographically active site at the Nagel uhrücken, next to the Krumbacher moor and the existing Lourdes –Chapel was rebuilt. 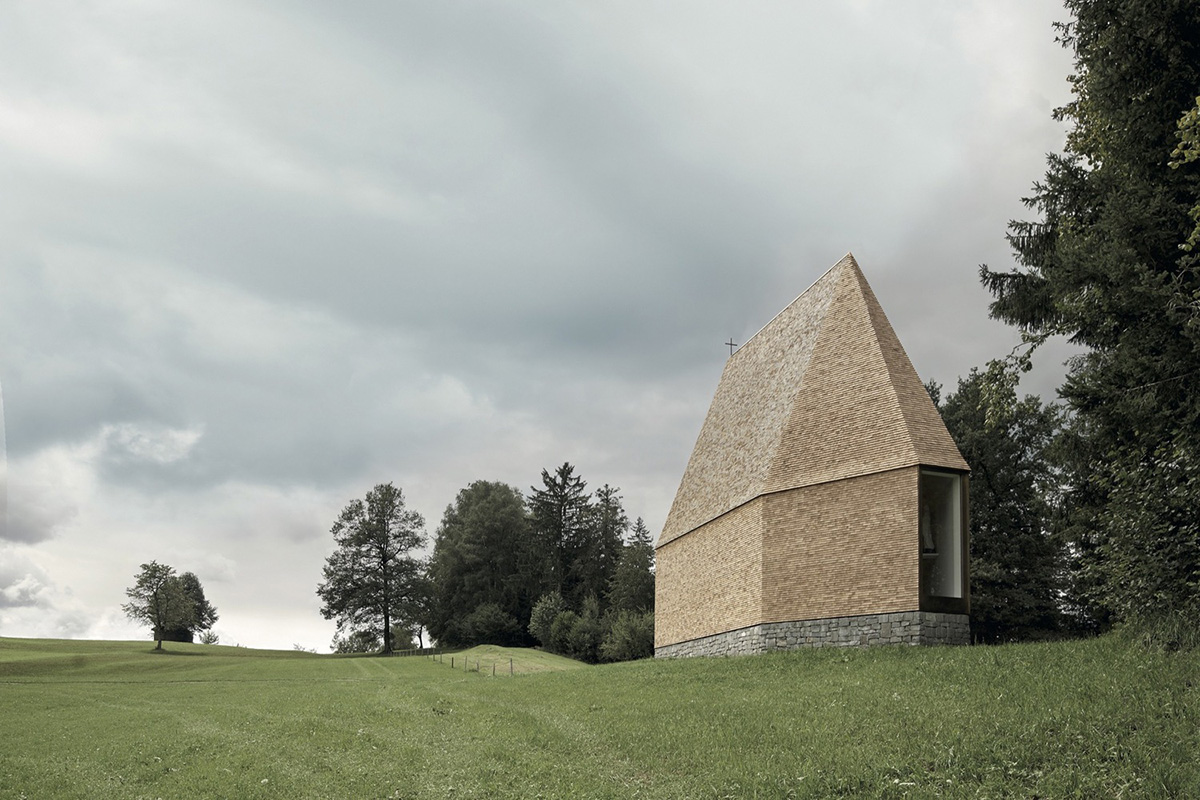 ''A renovation of the old chapel was no longer possible and to regenerate the existing was not the desired aim of the community of Krumbach. Rather, to use the existing knowledge and the courage to create the new,'' said Bernardo Bader Architekten. 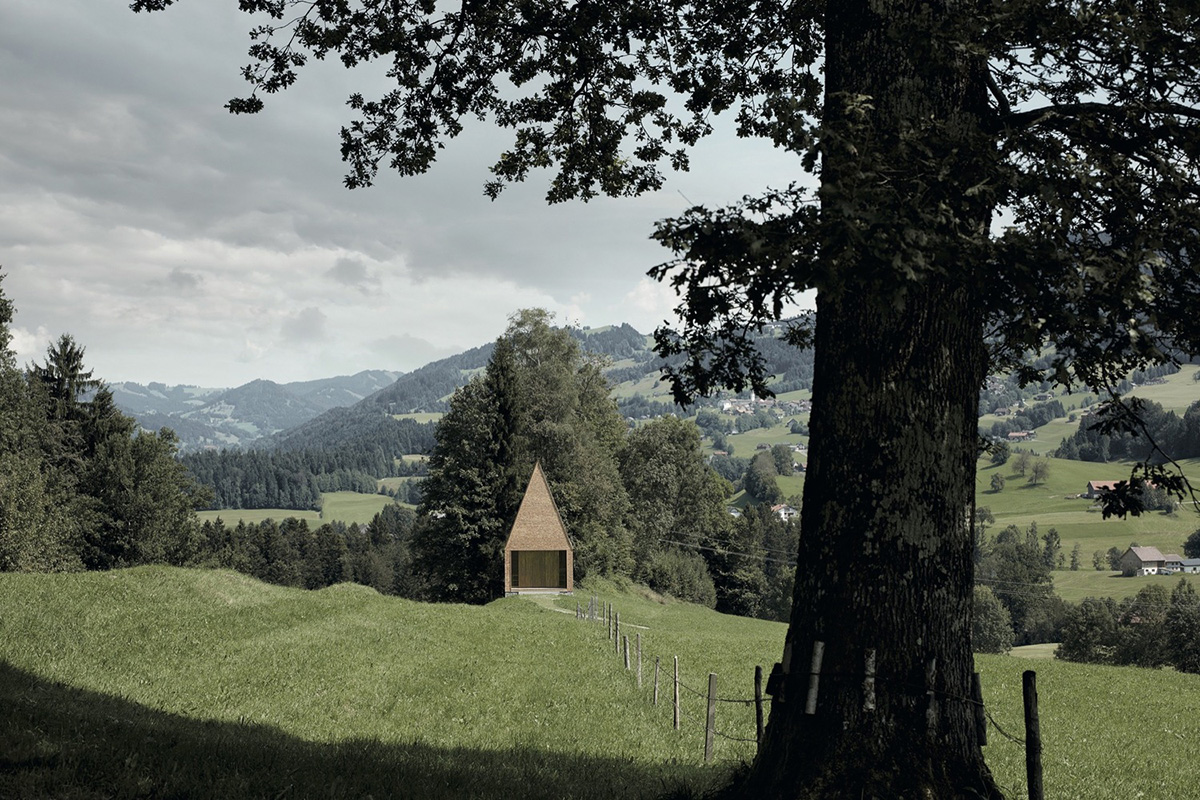 Bernardo Bader Architekten designed and completed this smallest building in several years and finally realized in 2016-it is an exemplary project from many aspects as it took several years to make the project visible, added the architect. 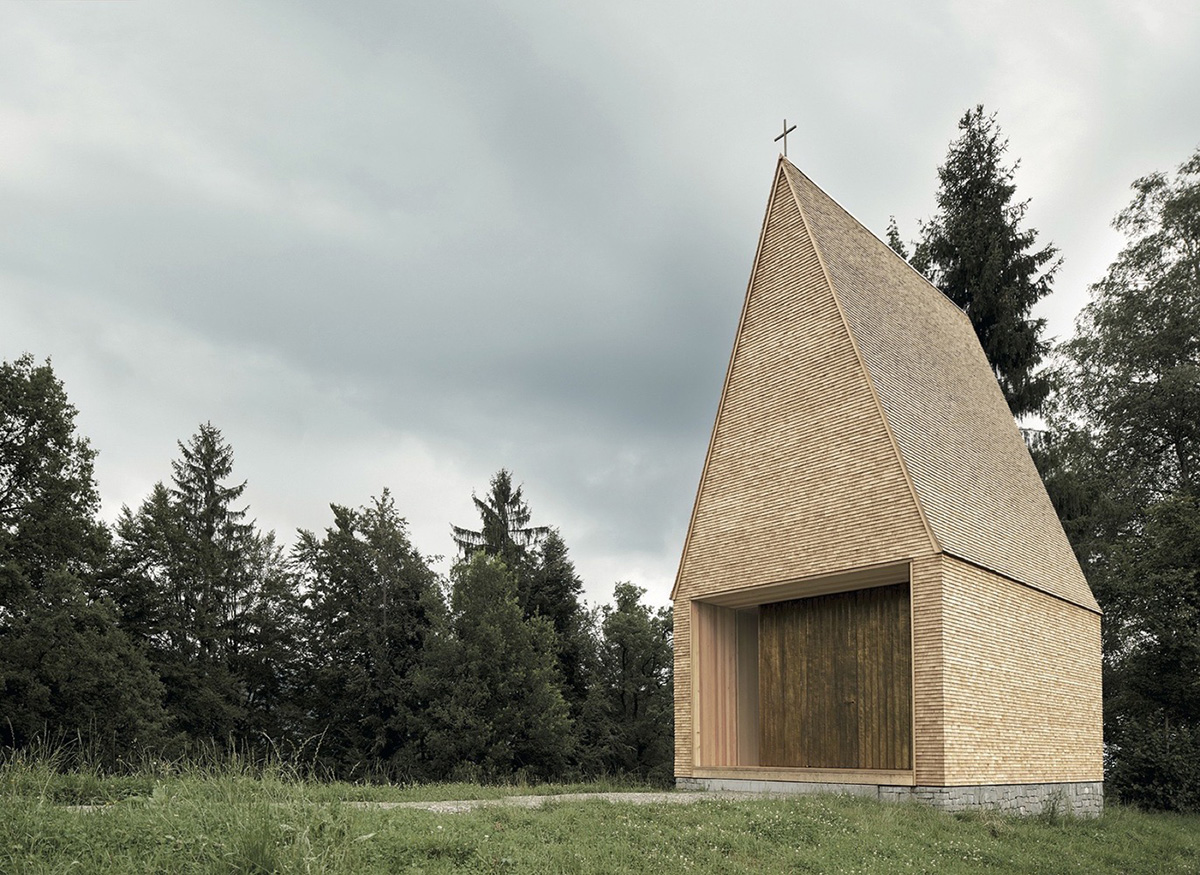 The chapel Salgenreute refers the historical and traditional aspect of the site that characterizes many places in the Bregenzerwald. The chapel is built out of wood and stone. The sun is going to change the wooden façade - it will turn darker, black in the south, silver-grey in the north, just like the old farmhouses from the area. 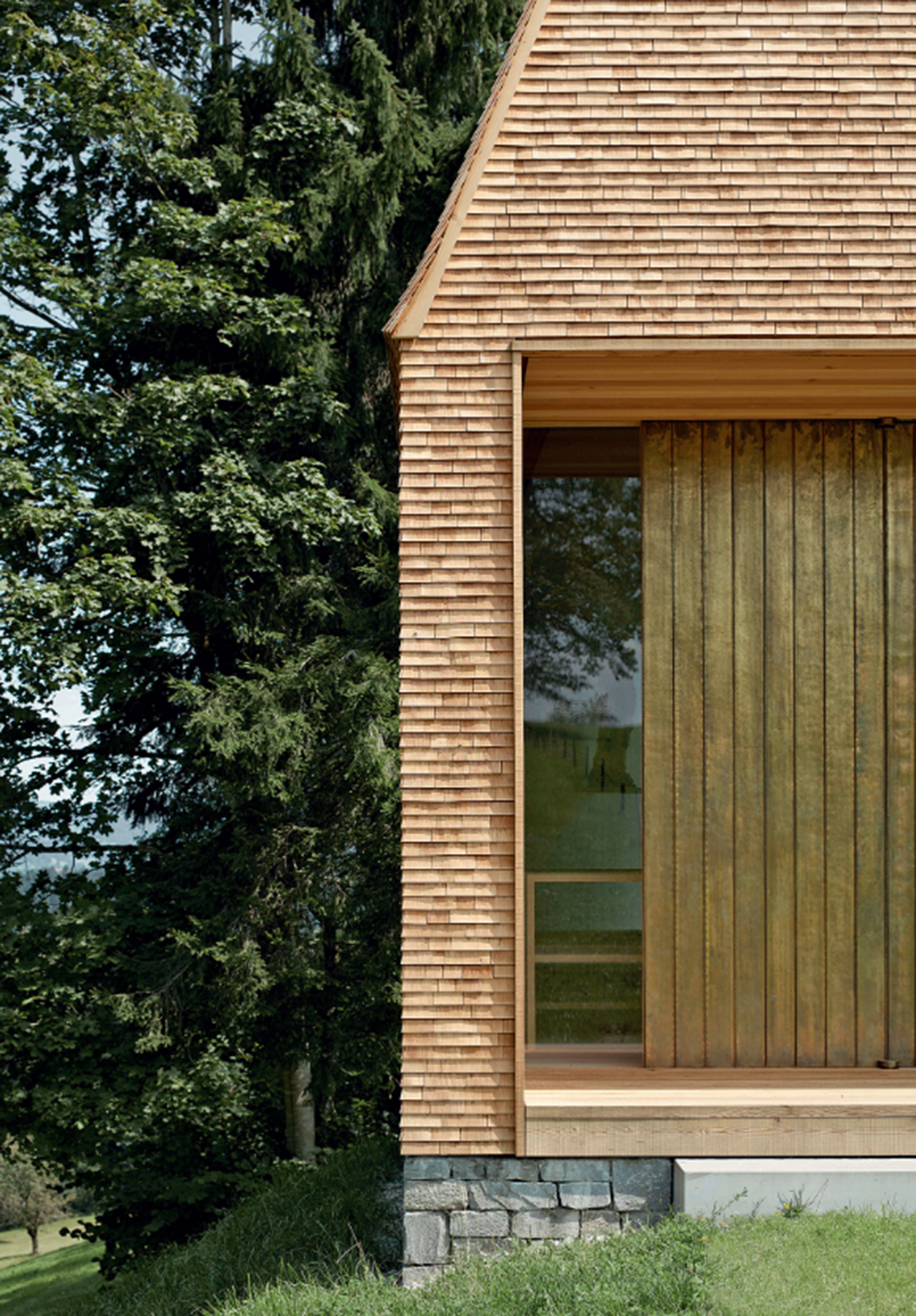 The basic shape is based on the existing 200 year old chapel and includes a main ship as well as an apse. The shape of the room is new - an outstanding steep rising spatial folding made out of wood. 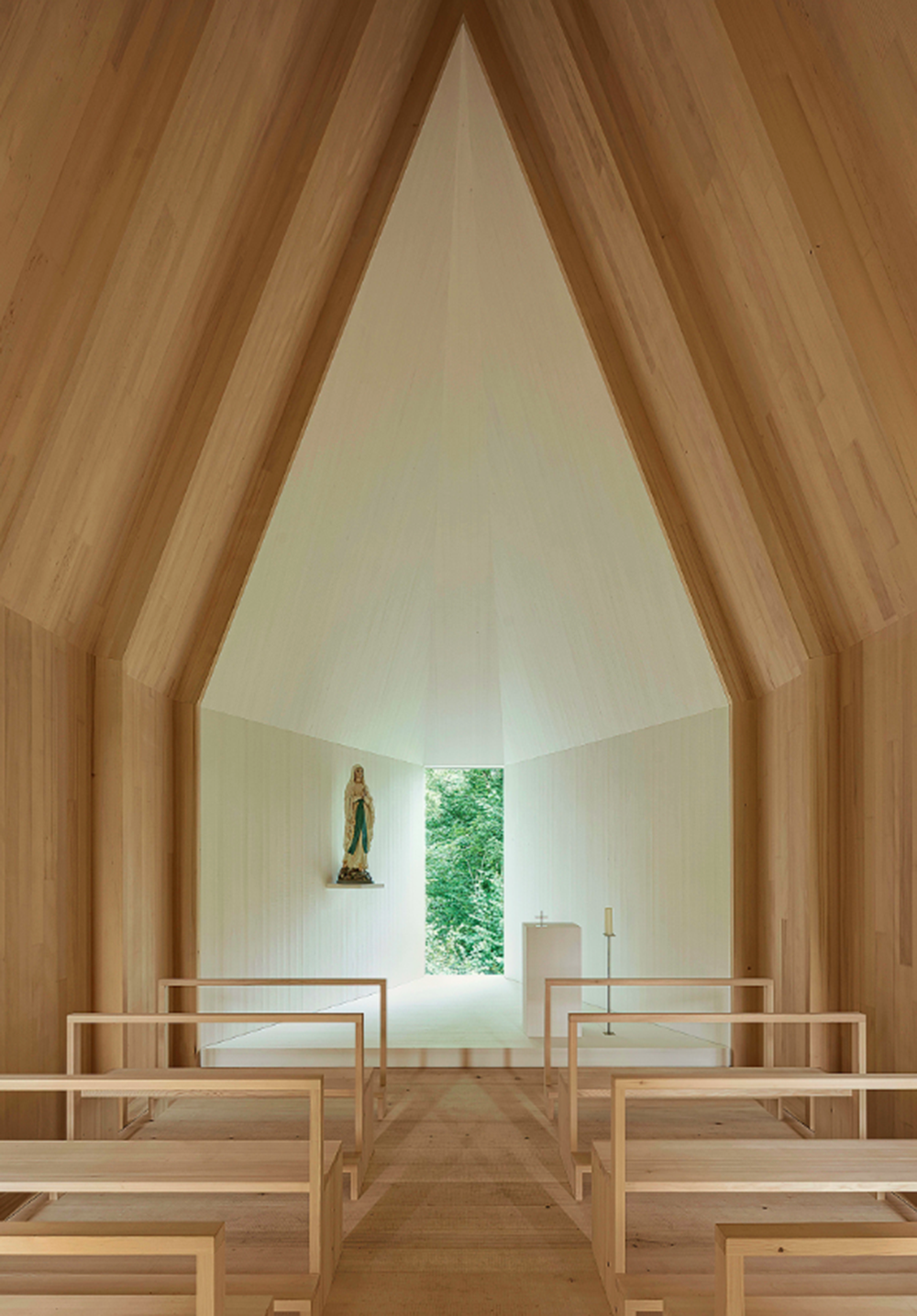 The inside of the chapel is dominated by the homogeneous material of the wall and the roof. The light that shines through the frontal window is providing a special atmosphere. The statue of mother of God, originated from the existing building, is arranged in an other way than in the classical concepts at the side of the apse. 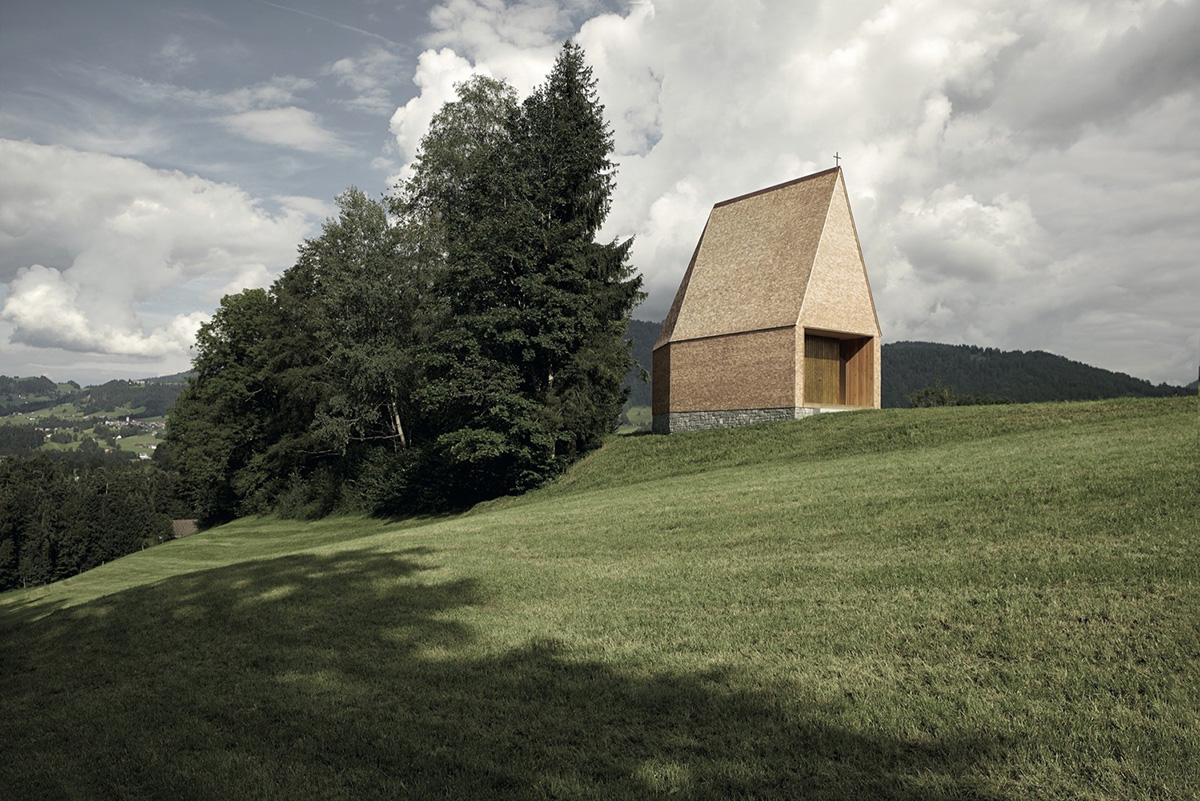 The view straight ahead through the white apse leads directly into the nature. Whoever enters the chapel leaves the solid ground and proceeds a reflective journey. 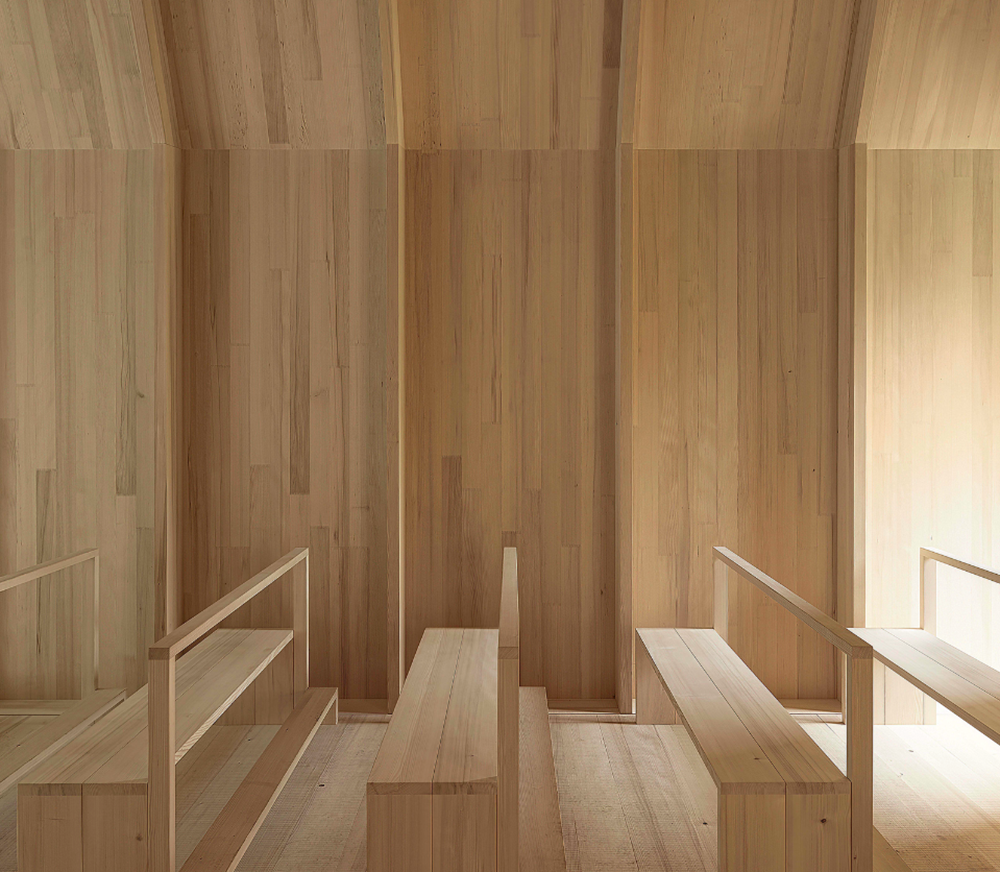 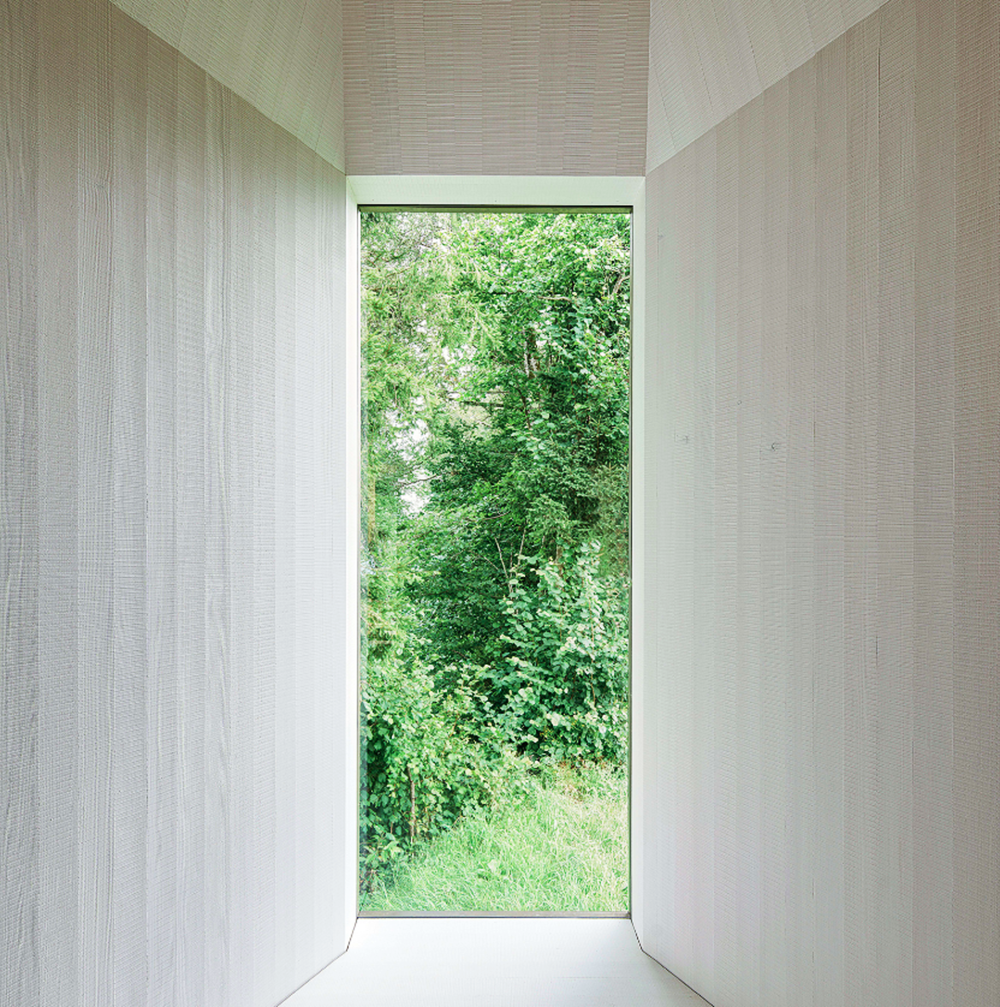 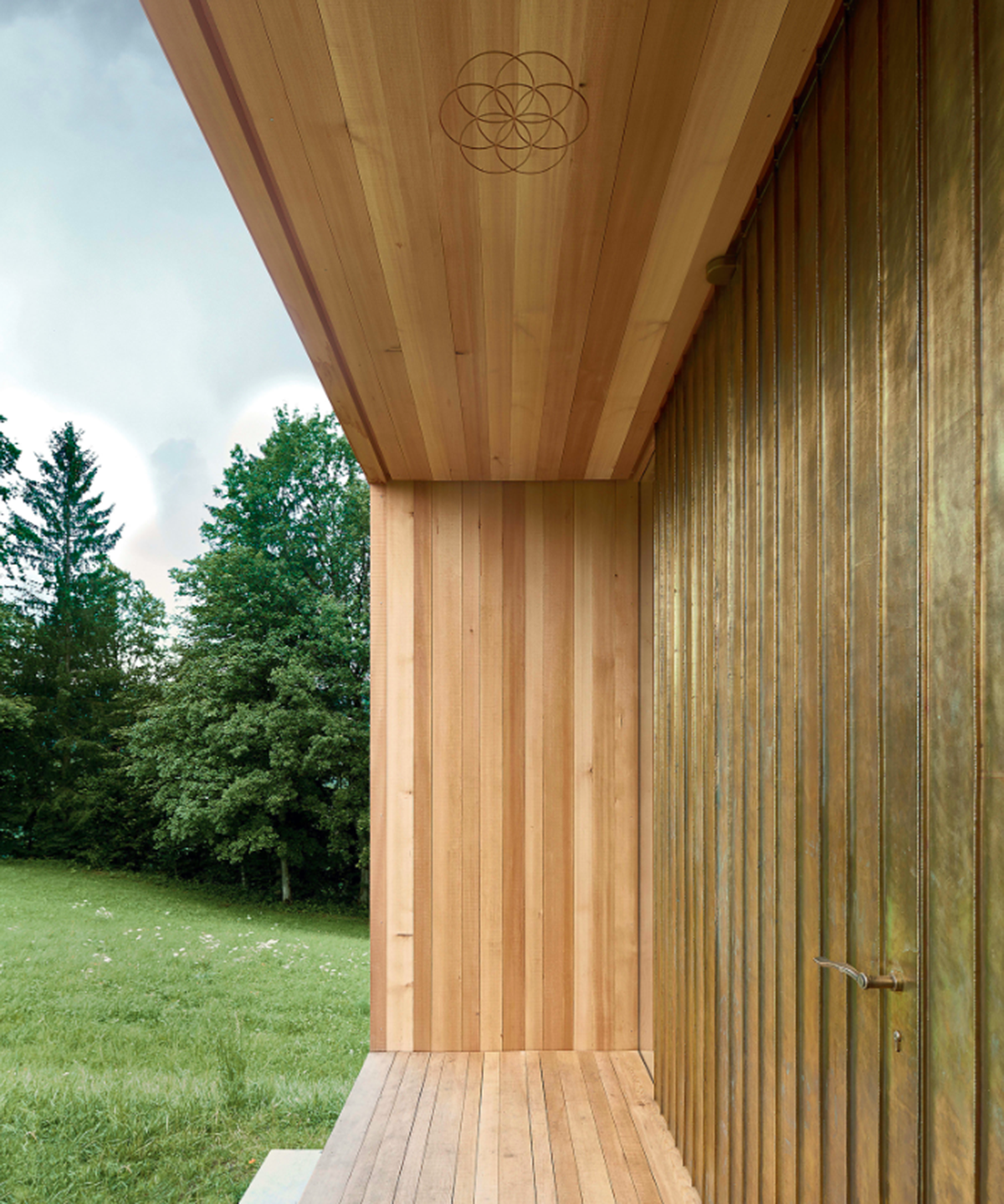 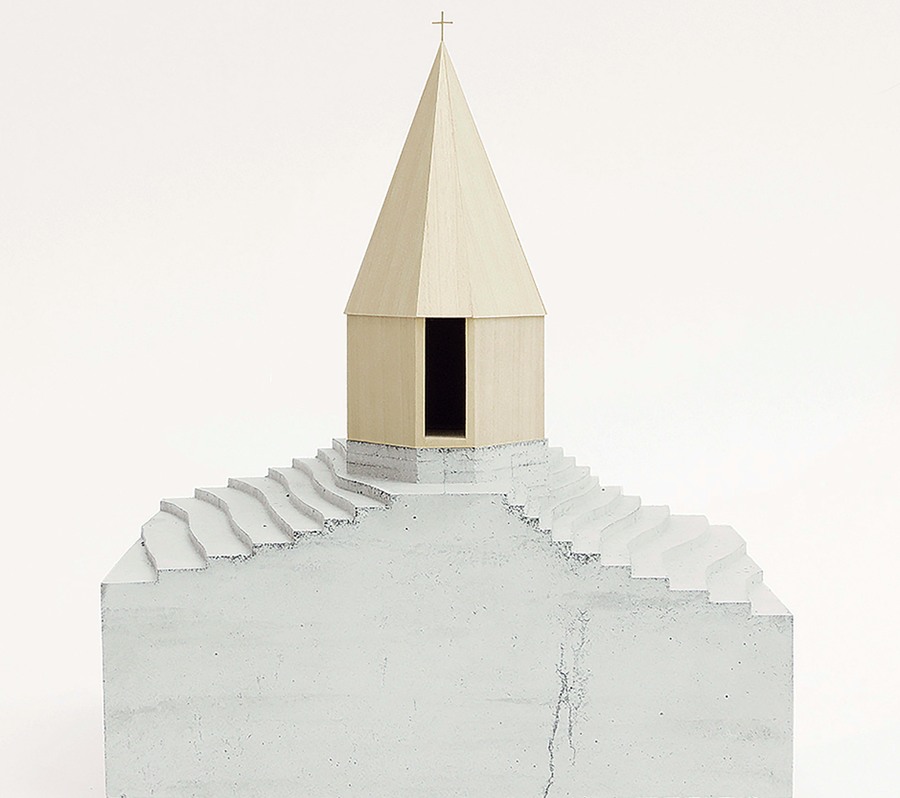 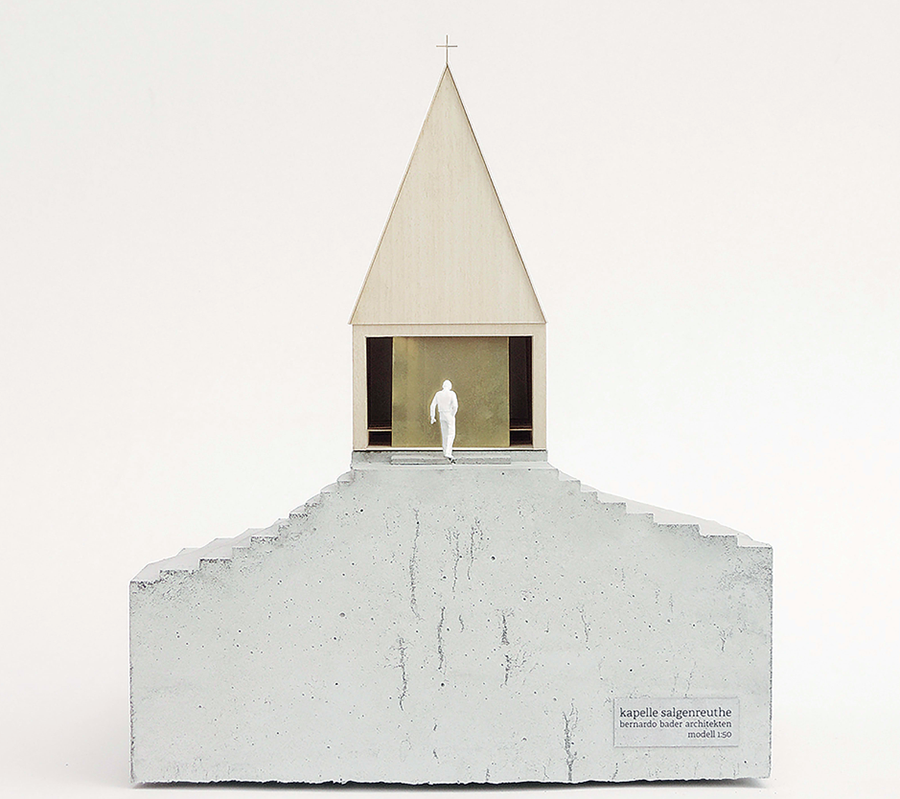