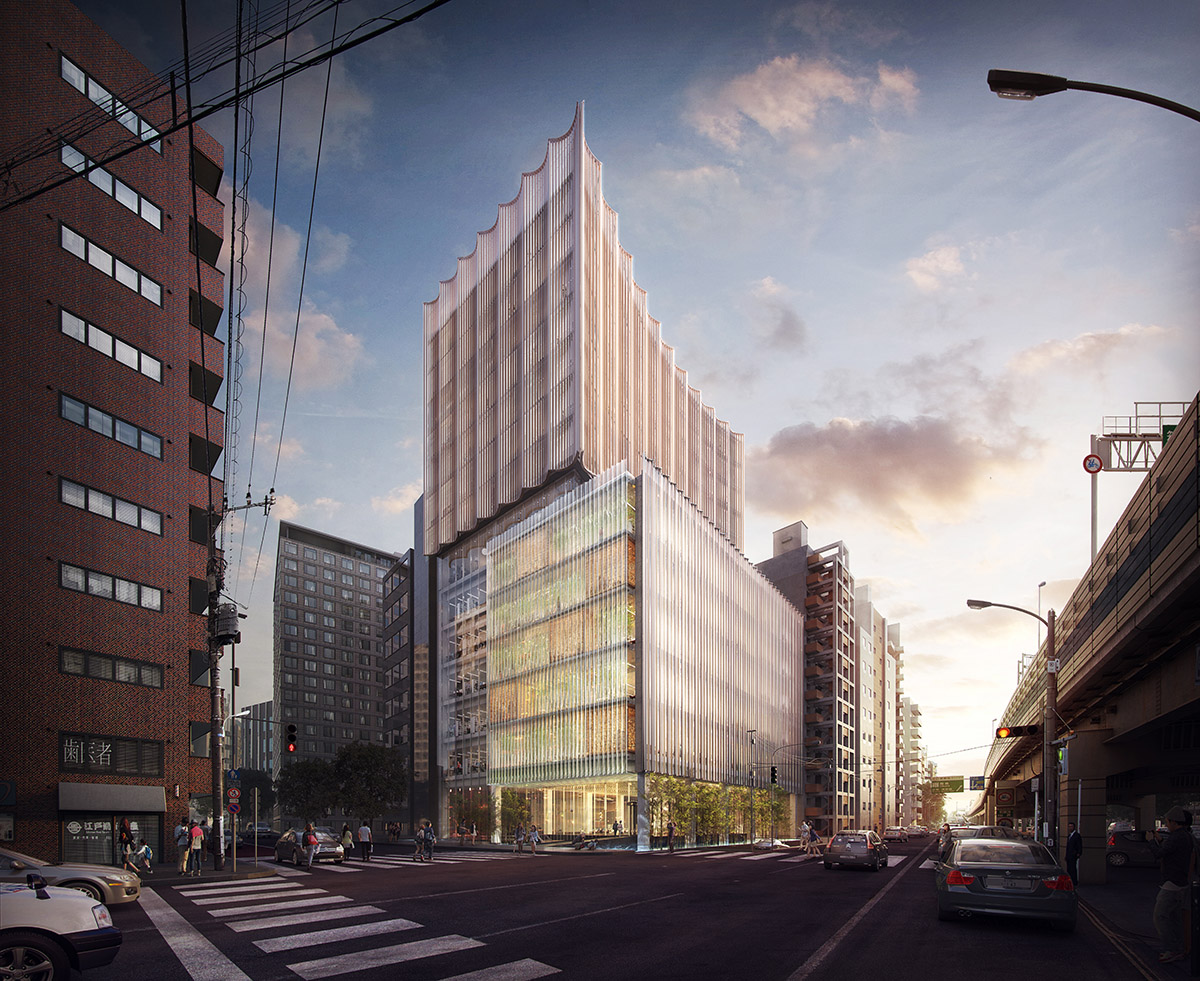 London-based PLP Architecture has opened its new office in the Shibuya area of Tokyo, Japan to expand abroad and set up close collaborations on local projects in Japan. The image sent in a press release by the PLP shows a feasibility study in Tokyo.

For the past eight years, PLP Architecture has have been praised for the world most sustainable, smart and well-being centred design and worked with leading developers in countries like China, Australia, and Russia, as well as in Europe and the Middle East.

Completed projects include The Edge in Amsterdam which was quoted "the smartest building in the world" by Bloomberg and Sky Central in London which won "2017 The Best of the Best award" from BCO (British Council for Offices) for the most advanced exemplary workplace.

"Our expansion is a key step in allowing us to bring to bear our expertise on a wider range of projects. Tokyo is a commercial and cultural hub and we believe establishing our local presence will allow PLP to build a strong foundation in Asia."

PLP Tokyo office is led by Raita Nakajima, who has worked with PLP more than 10 years and has wealth of experience in high profile international projects in UK, Europe, Middle East, Japan and SE Asia.

Together with close collaboration with London based Japanese Director Midori Ainoura and PLP President Lee Polisano, the PLP international team looks forward to serve the local clients as well as the international/global clients interested in opportunities in Japan and SE Asia.