Tirana REgenerating: The Exhibition At The Pyramid of Tirana 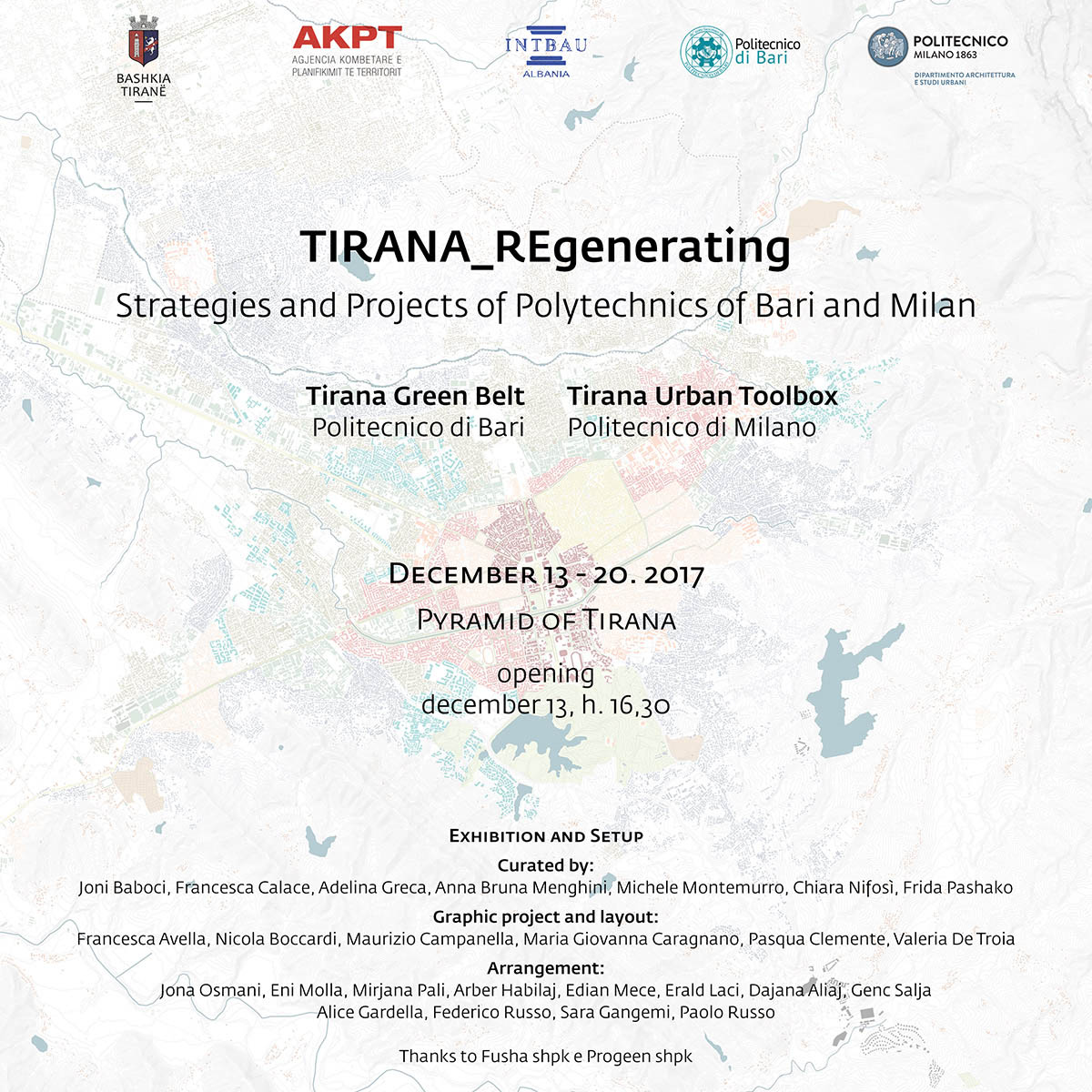 On Wednesday, December 13th, a very interesting exhibition was opened at the Pyramid of Tirana. "TIRANA_REgenerating" exhibition featured architectural and urban projects/strategies by two very important architecture schools of Italy: Polytechnic of Bari and Polytechnic of Milan.

During the inauguration ceremony, where a brief introduction of this one week event was made, a large number of architecture enthusiasts, professionals, and students were present. 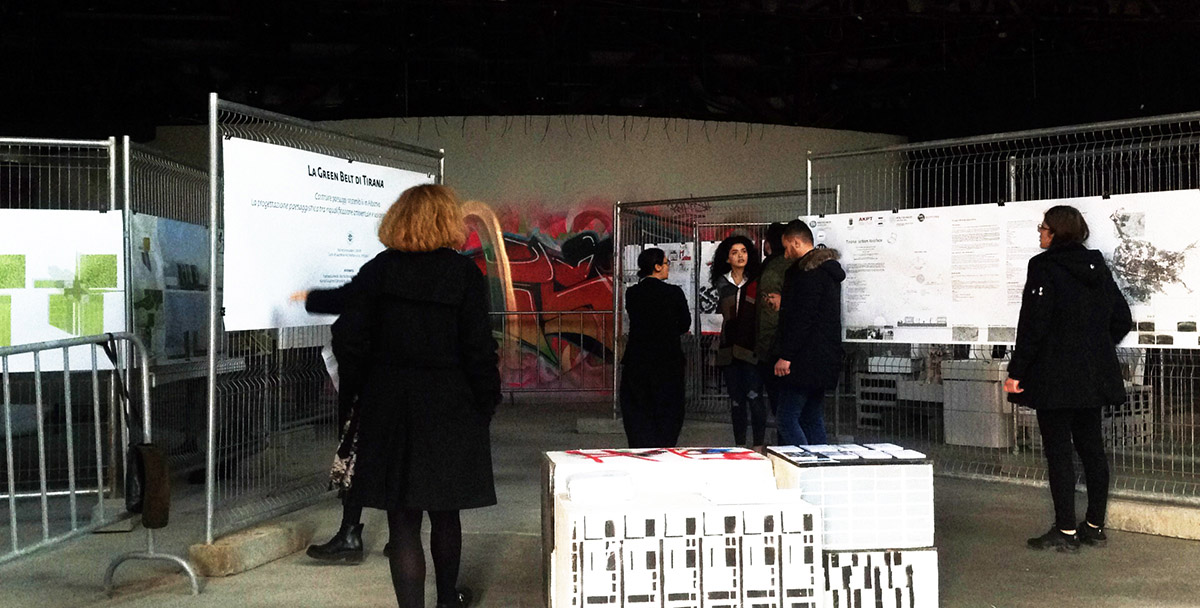 Tirana_REgenerating prior to the inauguration ceremony

The exhibition which remained open until December 21st, took place in the main hall of the Pyramid, right by the front entrance. It was made up of two sections: the Polytechnic of Bari presented thesis projects of students of the academic year 2015-2016 on the topic of "Tirana Green Belt". The students also prepared several booklets/catalogs for the visitors where their project ideas are showcased and explained. 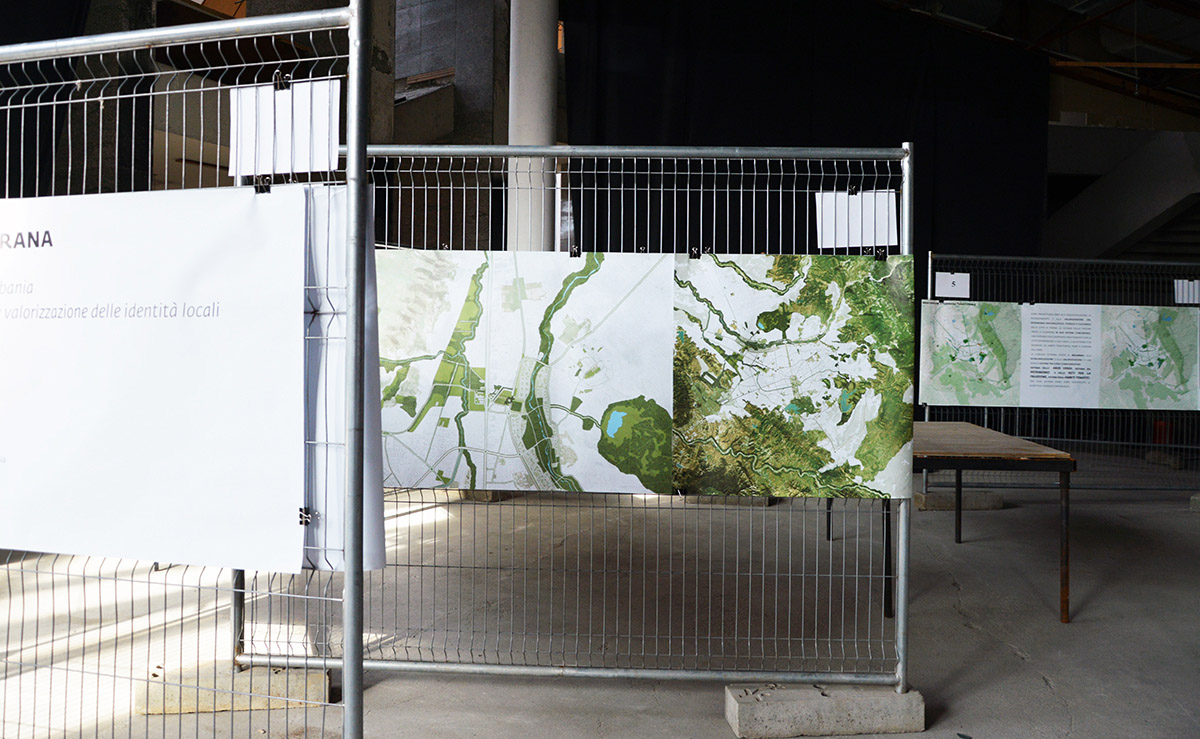 Exhibition panels of Polytechnic of Bari

"The Greenbelt project is undoubtedly a complex project; a project that makes use of a multiplicity of strategies at different scales and different elements, all of which have been associated by the objective of introducing quality elements - environmental, landscape and settlement - into every component "touched" by the plot of greenery," she added. 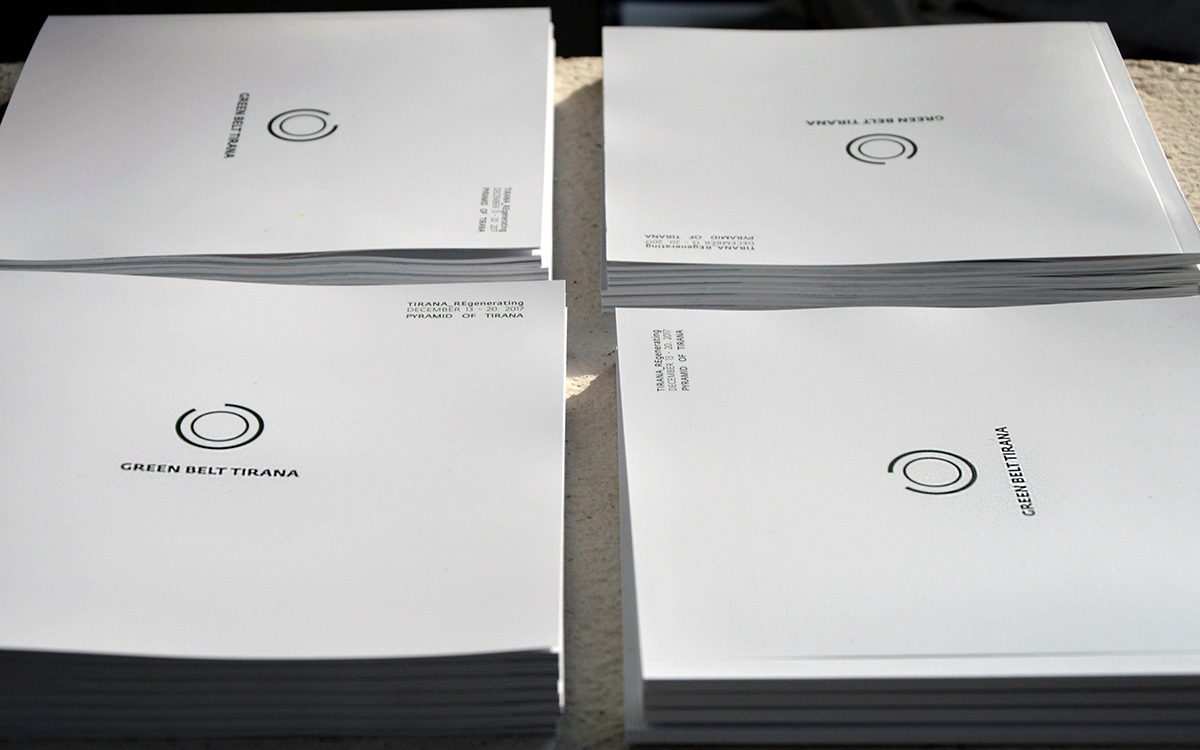 "The "green belt" originates from the interpretation of the form of landscape in which the city has settled. In the contemporary conditions, it is still possible to find the traces of the physical structure of the territory and perceive the original landscape: the crown of the hilly skyline that gives a character of internalization to the plateau where the city has settled (as a large "territorial area"), the presence of the wild path of the rivers that have been absorbed over time within the urban structure," Anna Bruna Menghini, part of the scientific committee for the thesis project of Bari, stated. 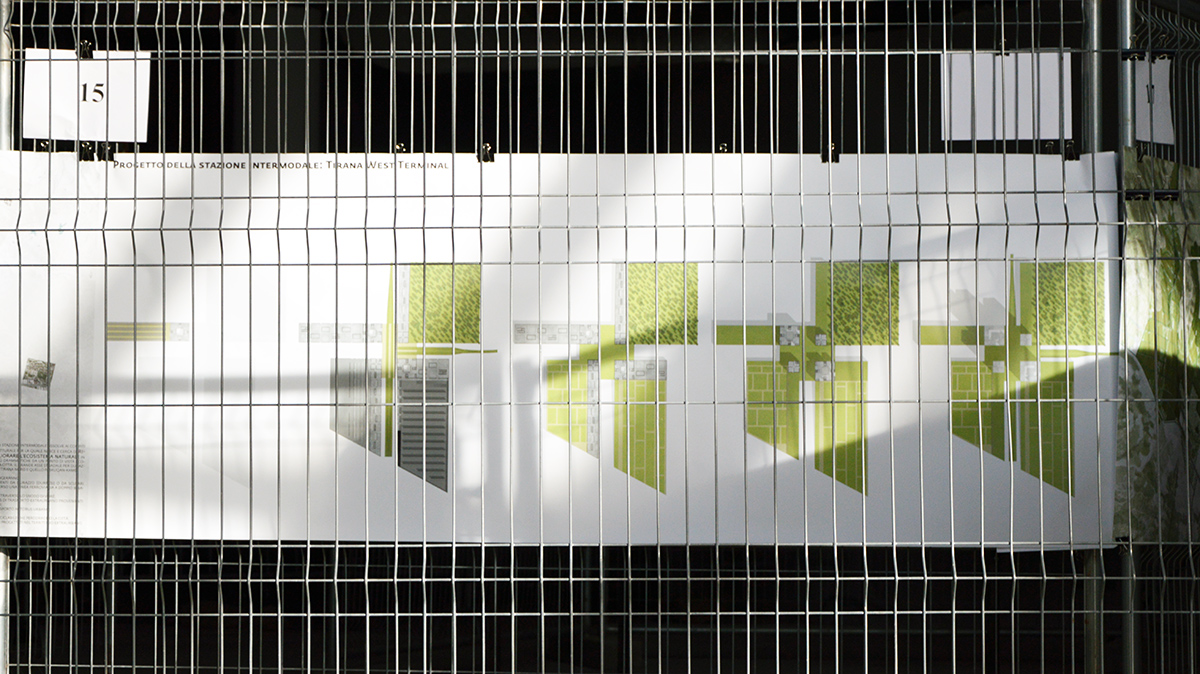 Polytechnic of Milan displayed projects of third-year architecture students (2015-2016) under the name "Tirana Urban Toolbox". The students designed several postcards for their projects, and produced twelve interactive architectural models in the shape and size of wooden suitcases.

Exhibition panels and models of Polytechnic of Milan

"If we observe the most marginal areas of Tirana - its borders - without focusing our attention only on the lack of basic services, infrastructures, etc., we could find out a high level of "structures" under-represented or not yet recognized and which express instead, in a latent way, a great potential "energy of doing" of the city," Chiara Nifosi, Professor at Polytechnic of Milan, said. 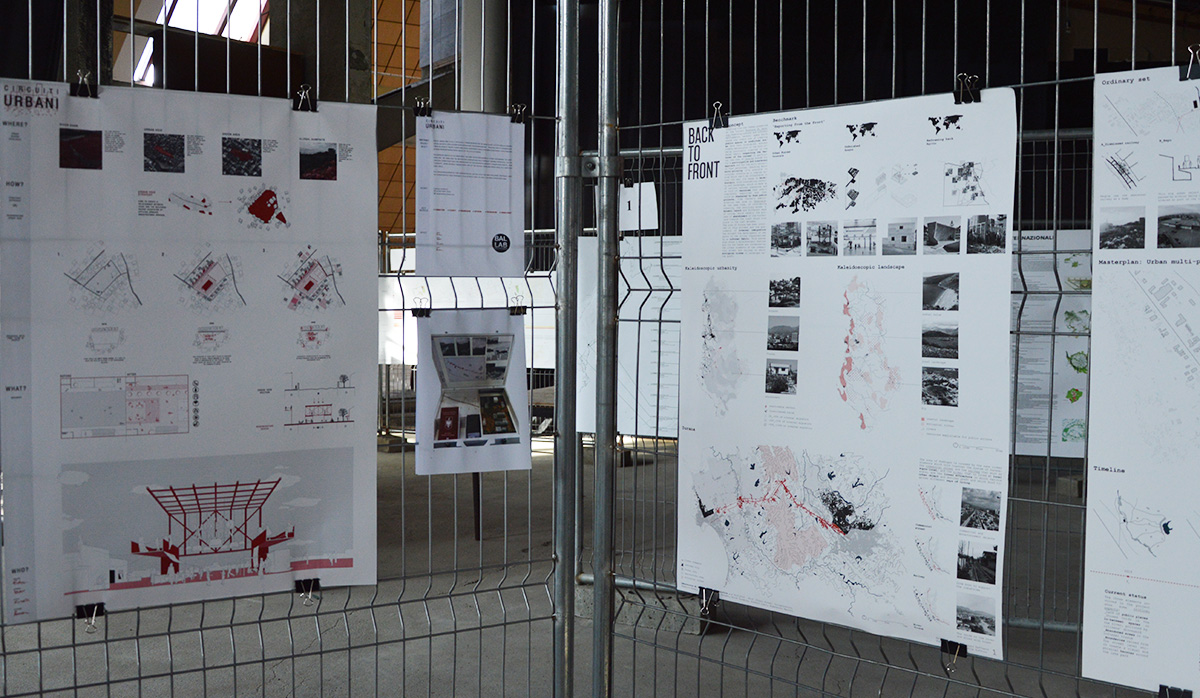 "The educational experimentation carried out through BAL_LAB (Building Albanian Landscape Laboratory) offers a possibility of integration between the architecture students of Politecnico di Milano and the local community, trying to develop real and useful projects to build up a debate between Citizens and Institutions," Nifosi added. 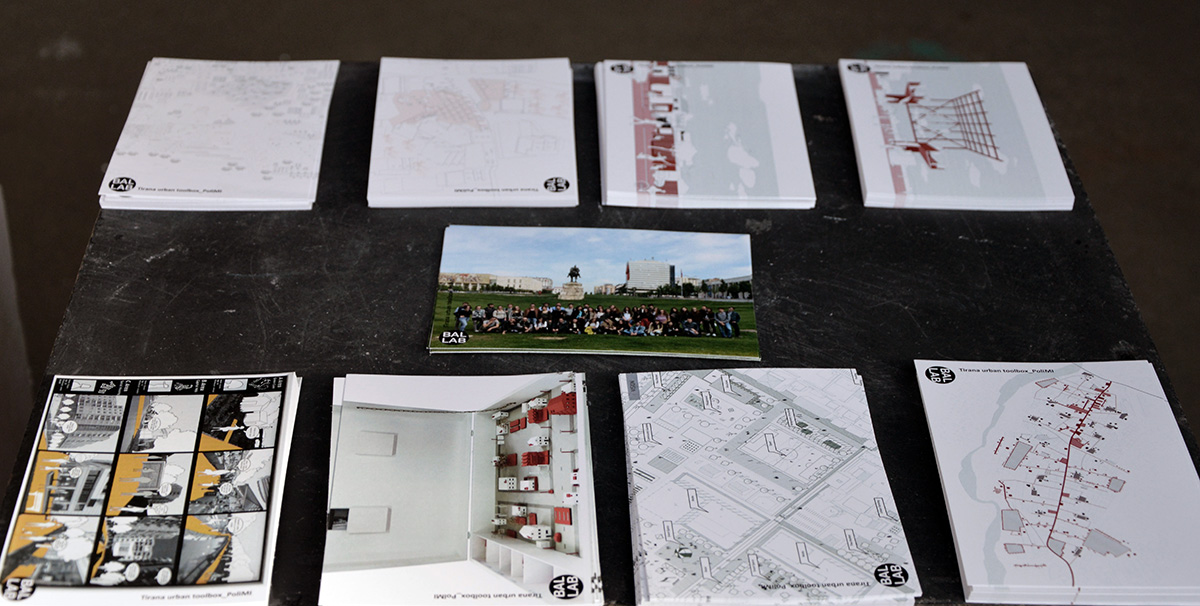 The exhibition offered a chance to see how the foreign architecture students designed the regeneration of the city of Tirana. Beside this, it was also a chance to see the Pyramid of Tirana, built as a museum in honor of the communist leader Enver Hoxha, which was abandoned and partly destroyed after the 1990's transition. The pyramid is now managed by the Municipality of Tirana and it is being used as a cultural center, despite of all the contradictions whether it should be demolished or preserved. 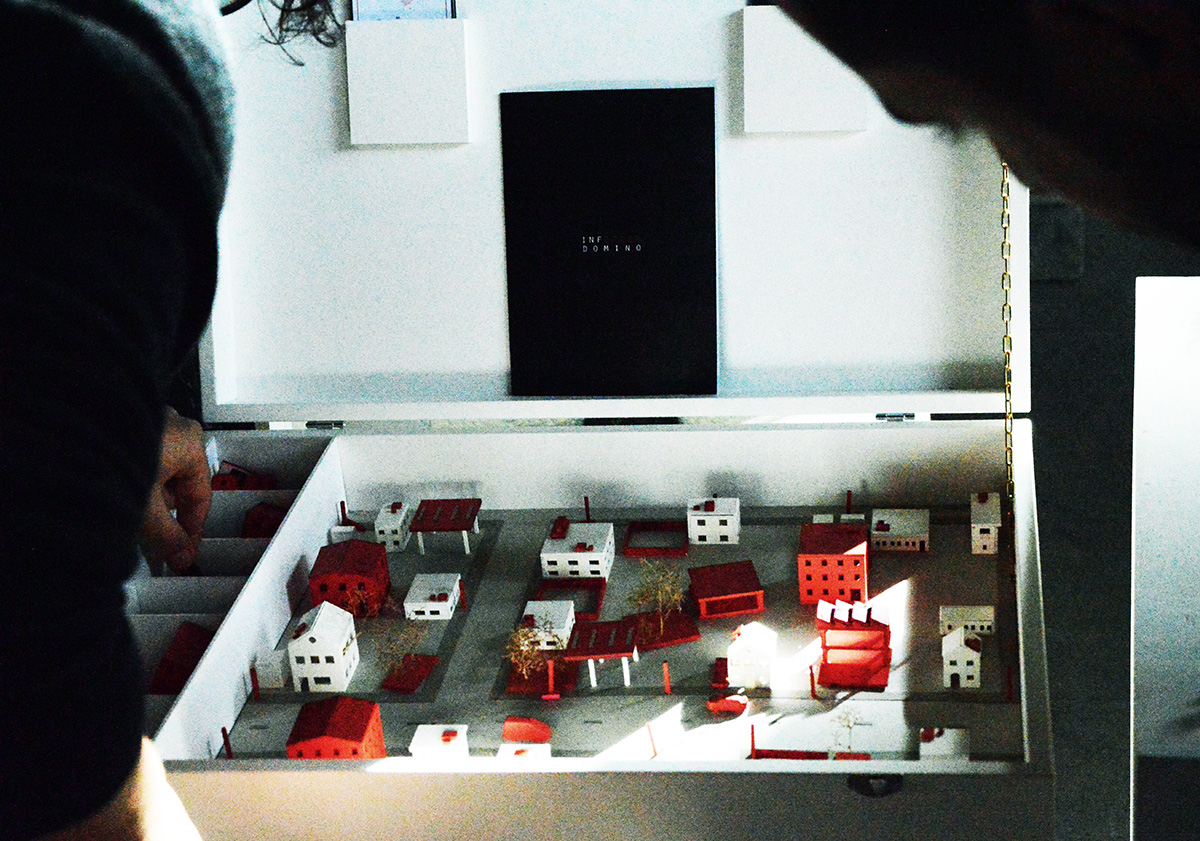 The exhibition was made possible by the close collaboration of Municipality of Tirana, National Territorial Planning Agency (AKPT), INTBAU-Albania, Polytechnic of Bari, and Polytechnic of Milan.

All Images (except the top one) courtesy of Jona Osmani