Tree Plantation Along City Roads: New Delhi Is The Best In India 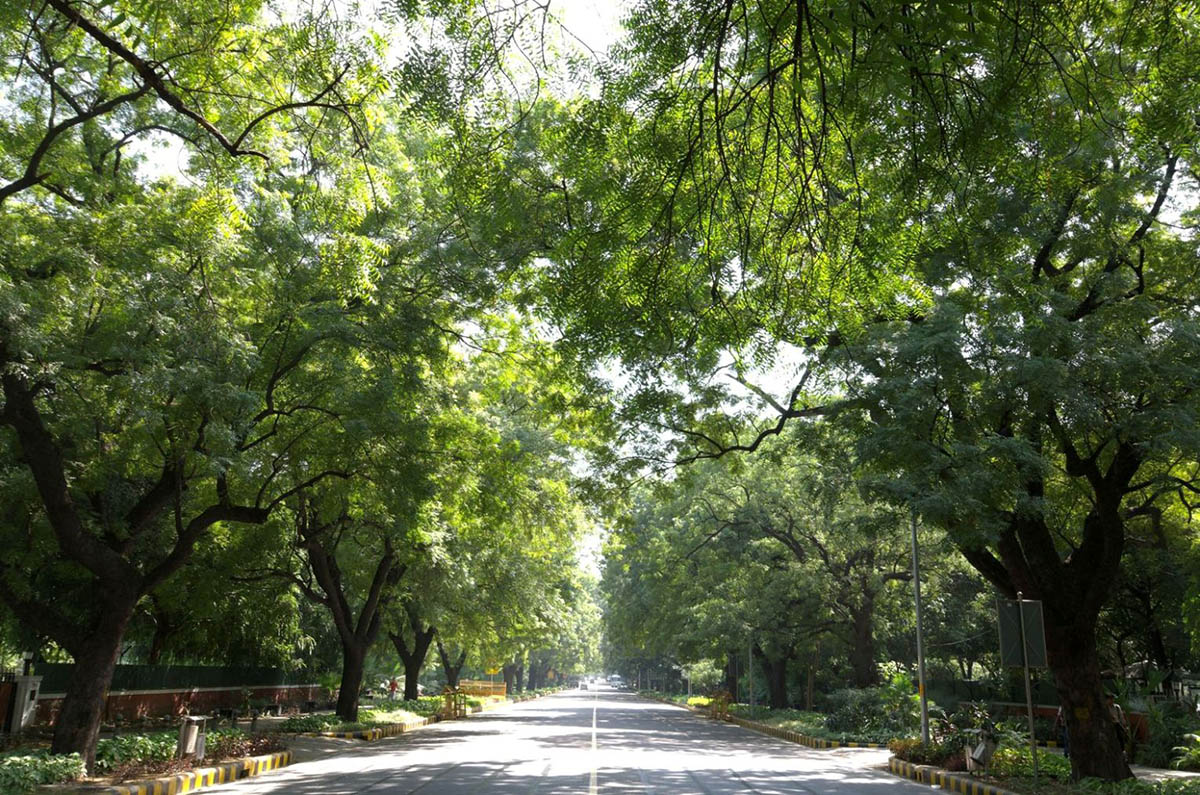 Trees once established do not need maintenance and continue to serve mankind for many hundred years. They not only provide comfort and beauty but also improve productivity of human beings. Therefore functionally suitable trees are very essential for the betterment of our built-environment - the cities. 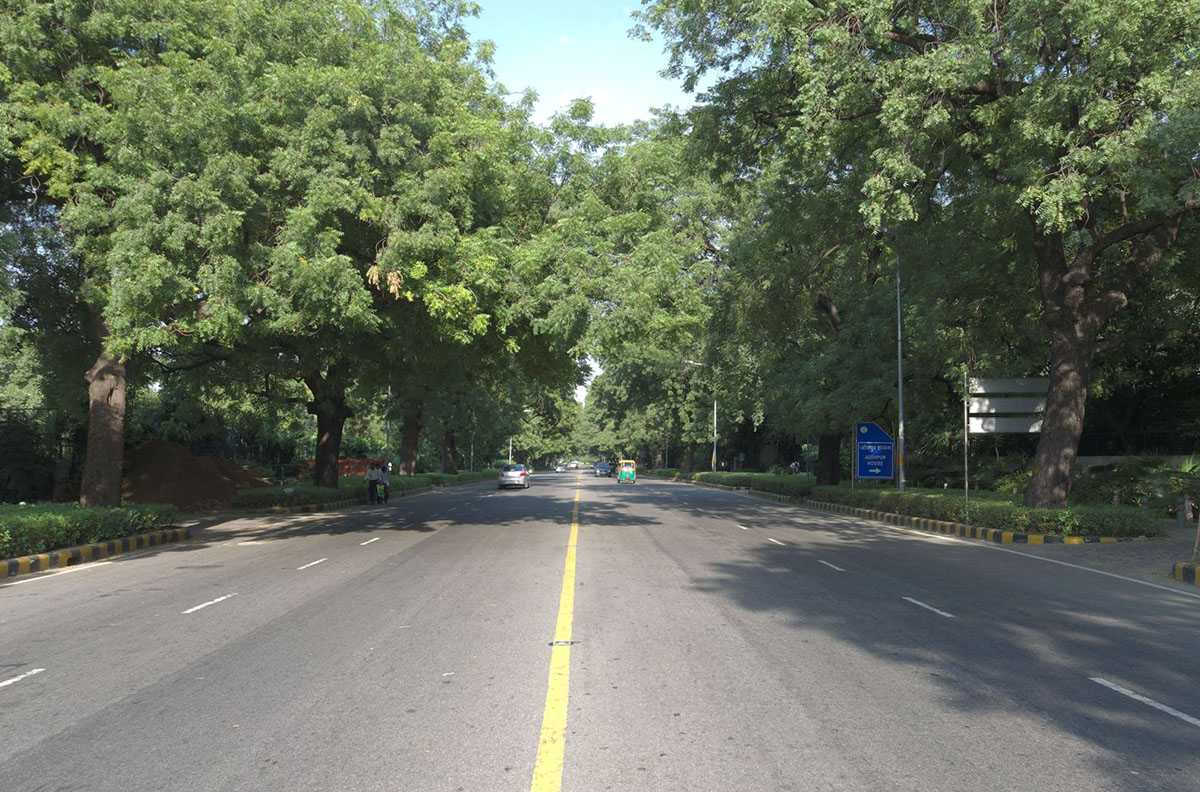 One of the best example of planned tree plantation along city roads in India is New Delhi.

The capital city of New Delhi which came into being 100 years ago is an exemplary work of urban planning. Sir Edwin Landseer Lutyens conceptualized the city’s masterplan which broadly consists of the Presidential Estate, Janpath and India Gate in the Central Vista with Connaught Place on the one side and Lodhi Road on the other.

Lutyens also created the landscape design of this part of the city. He collaborated with William Robertson Mustoe, a gardener and Walter George, a town planner in planning, selecting, planting and maintaining this stretch of the city.

Lutyens worked with a very short list of trees that were known to possibly grow in New Delhi. This list was prepared by A.E.P. Griessen of the Horticulture Department of New Delhi. 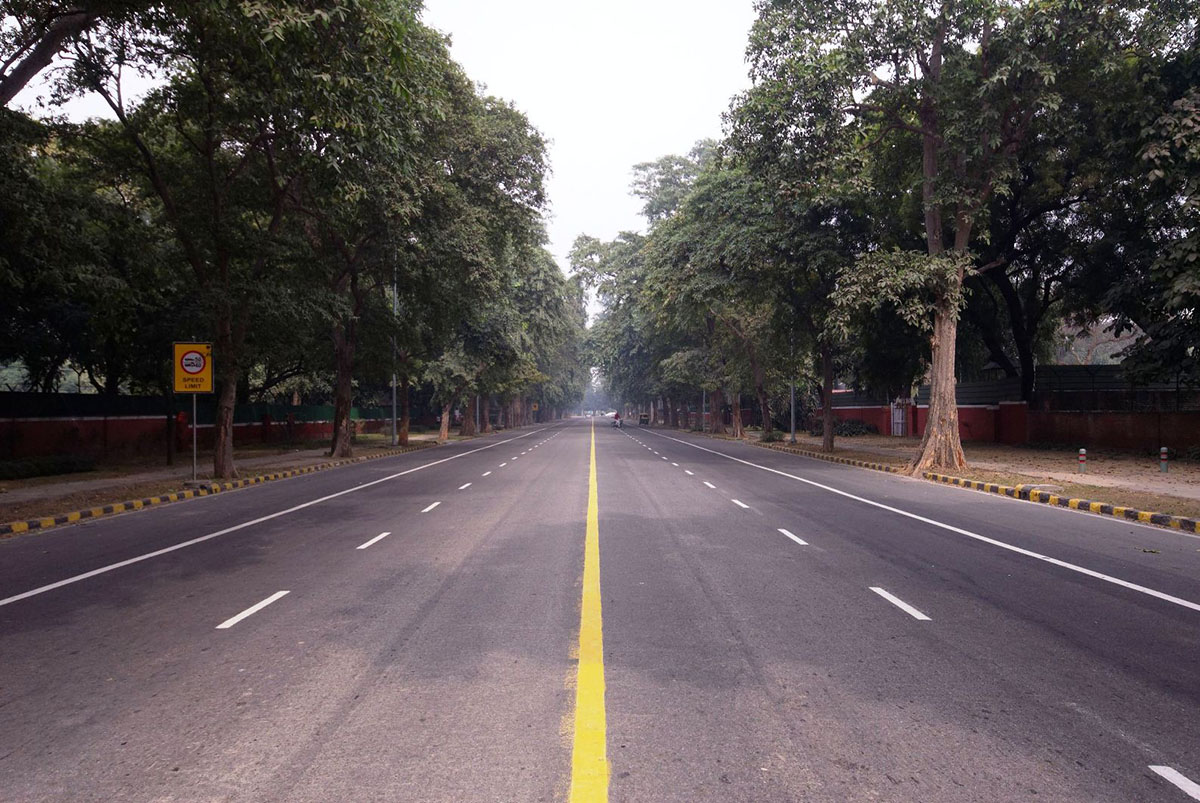 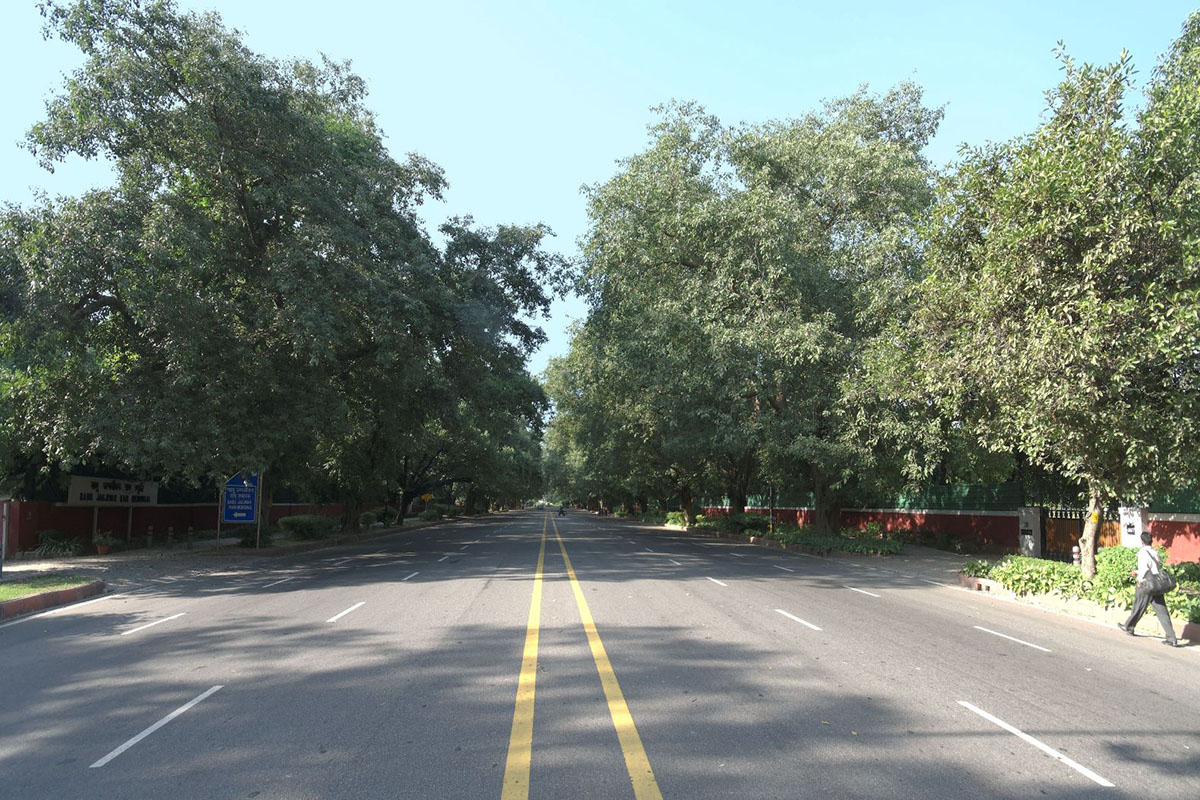 Tree plantation along roads in New Delhi is one of the best in India. It is a an exemplary model of architectural, structural and aesthetic excellence. Some of the remarkable features that can be attributed to its artistry are: 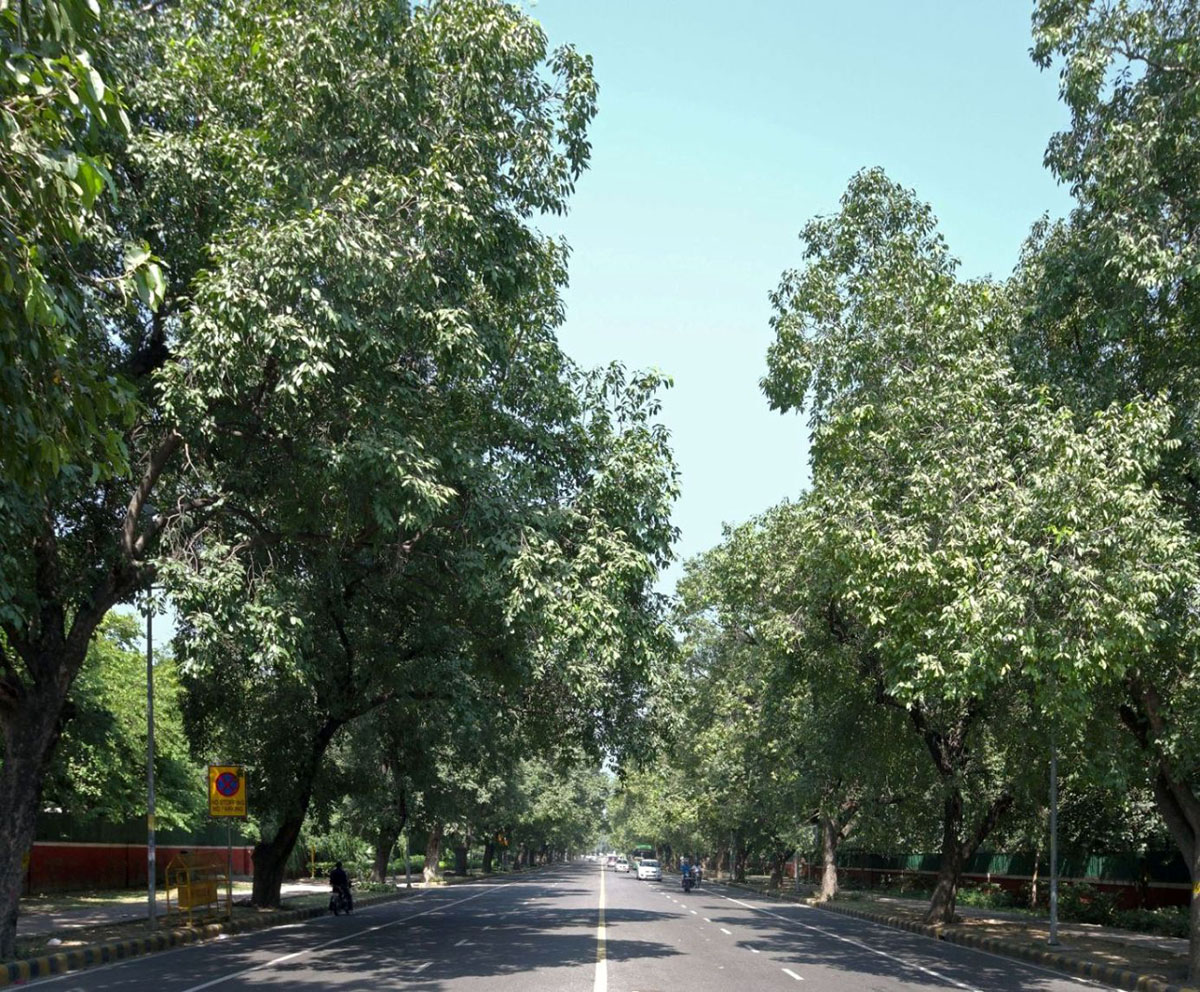 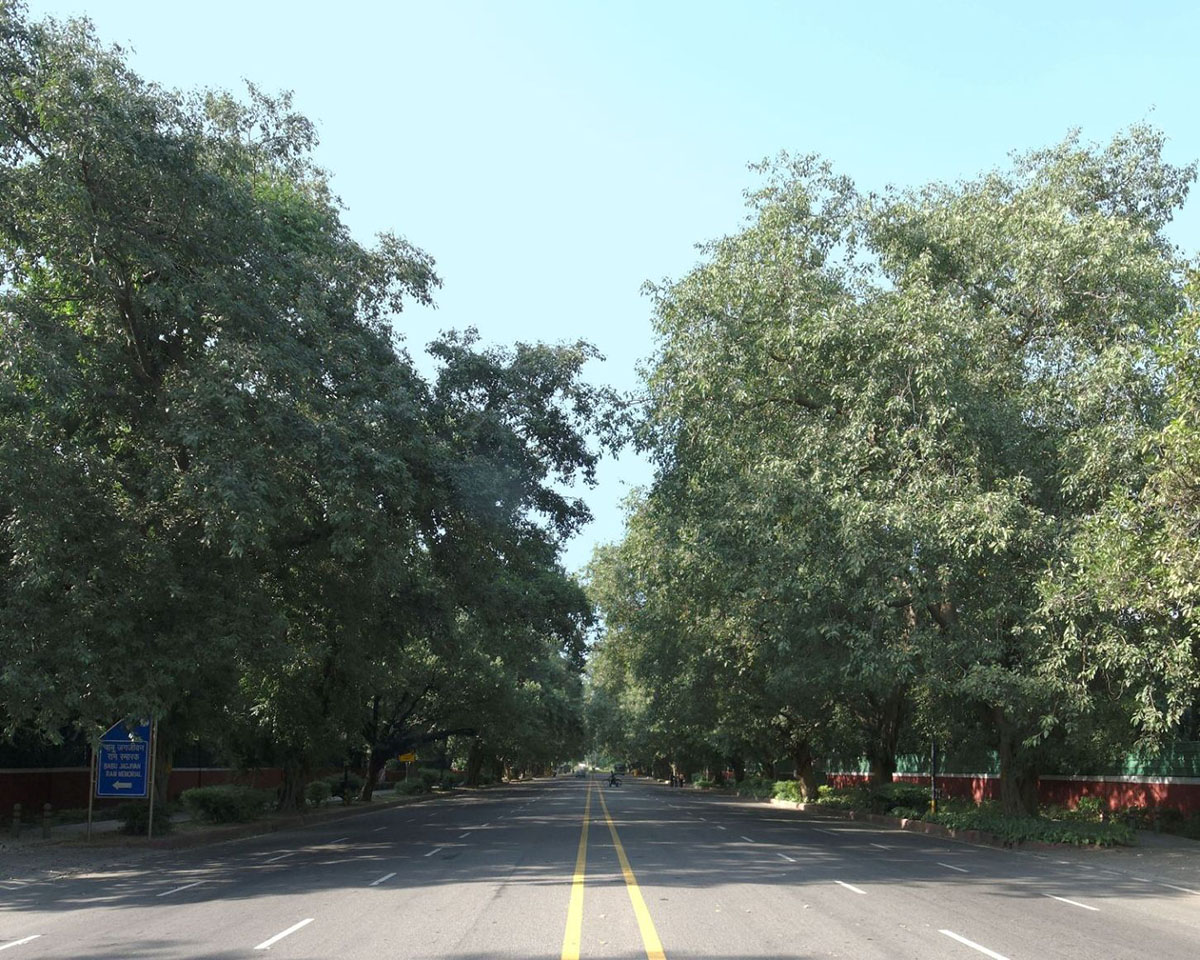 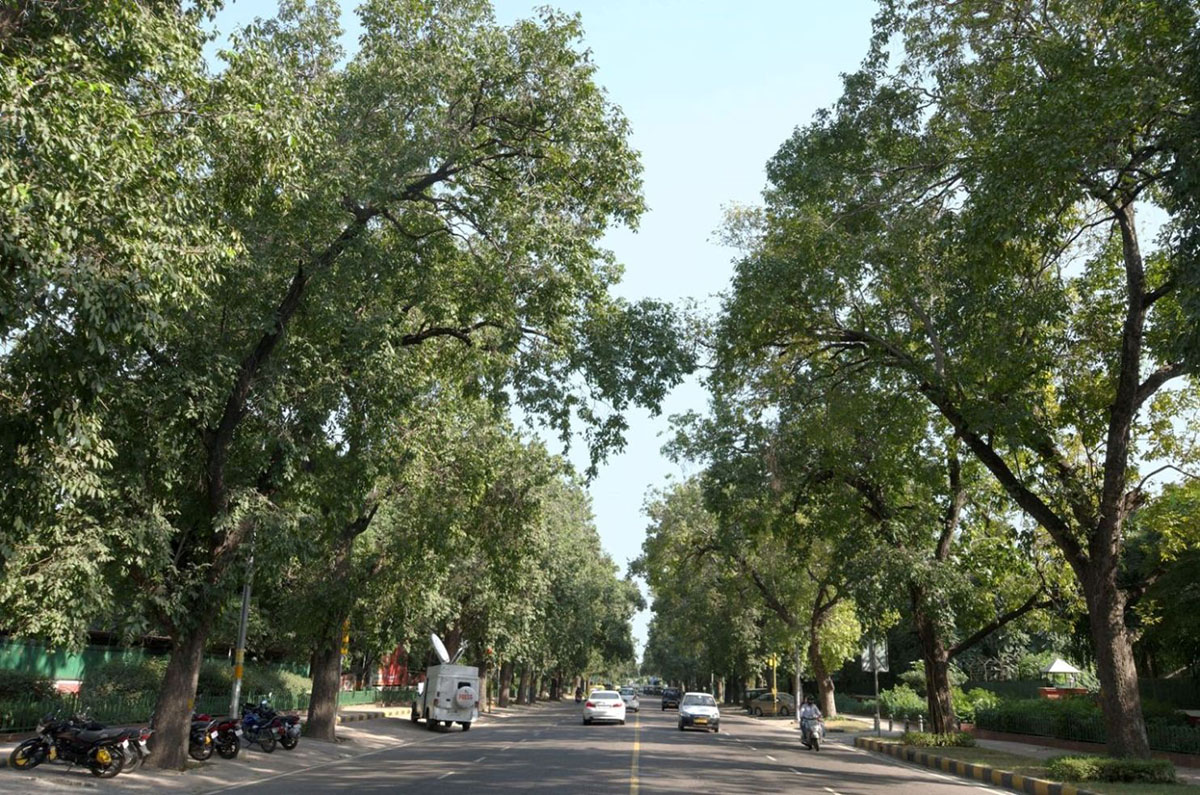 Undoubtedly, the tree plantation along roads in New Delhi is a landmark in the history of landscape design in India which other cities should have followed. But unfortunately except for Chandigarh, no other city in India is anywhere near to New Delhi and Chandigarh. In an era of, the so called, Smart Cities, the administrators, planners, and landscapists should follow these cities and make all human settlements worth living. 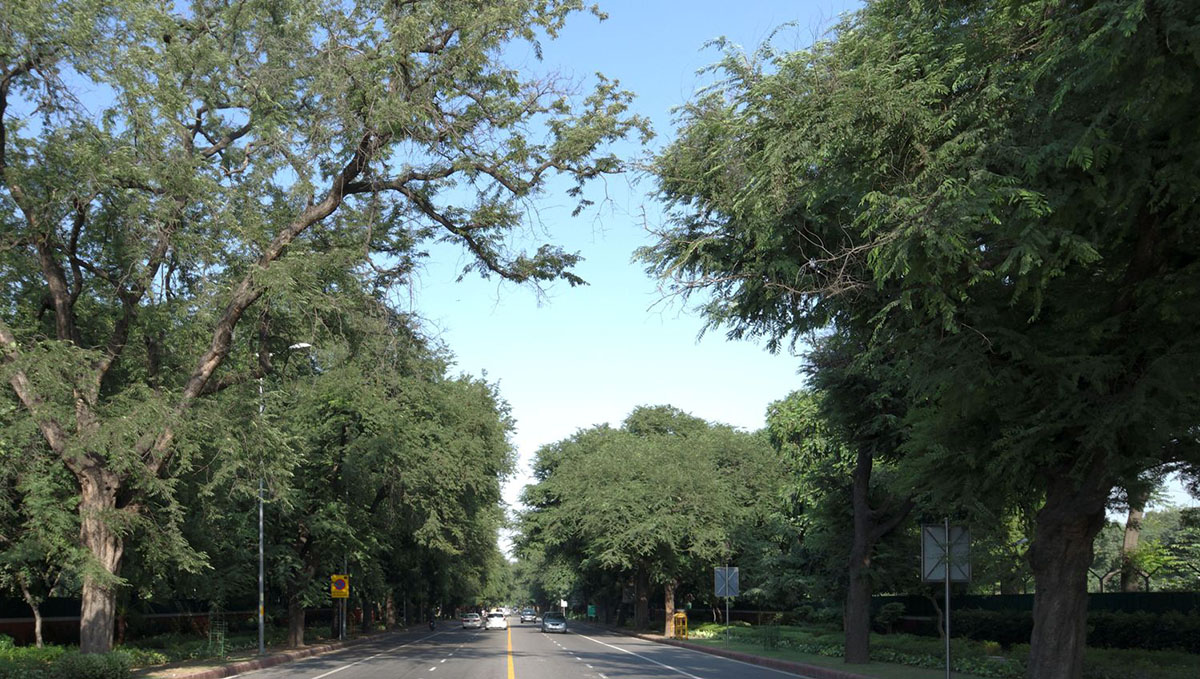 P-2. Tees January Marg, Large structural Neem trees on this road have created extensive green cover between buildings and roads, enhancing the beauty of the street and buildings, and all spaces around the road.

P-3. Tuglak Road, Continuous and repetitive use of a single kind of Jamboa tree brought about cohesiveness and enhanced the entire landscape. Its plantation on road verge has separated vehicular and pedestrian passage.

All images courtesy of Baljit Singh

> via Trees In Urban Habitat