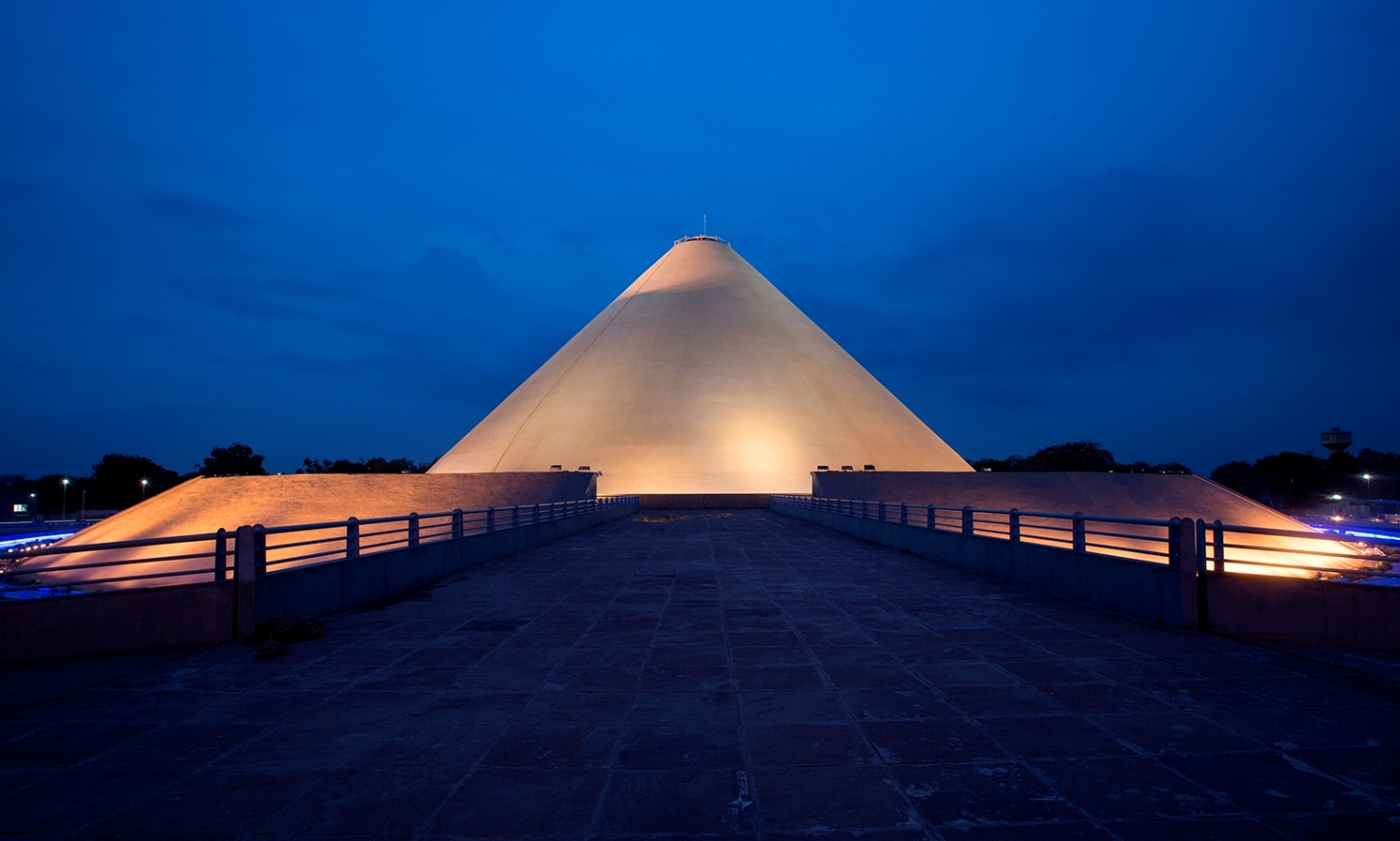 Dandi Kutir, a salt-mound-shaped museum dedicated to the life, ideology and works of Mahatma Gandhi - the father of the nation - is a latest edition in the capital city of Gandhinagar. Conceived and built by the Government of Gujarat, the Dandi Kutir is the biggest permanent museum in the world based on the life and teachings of one man - Mahatma Gandhi.

Designed by Shapoorji Pallonji Engineering and Construction, Gandhi's principles of social justice, non-violence and Satyagraha have been ingeniously portrayed in this iconic structure. 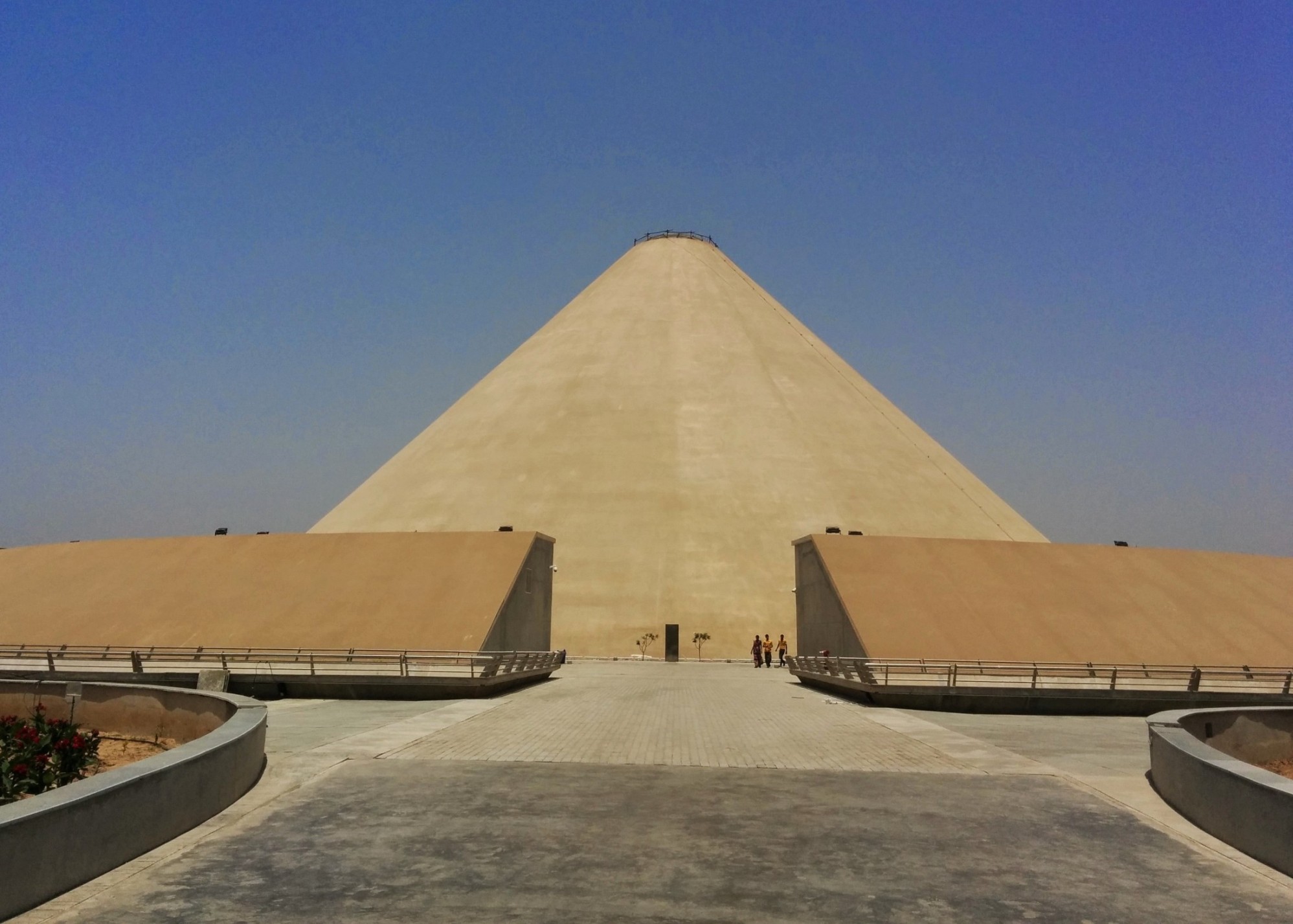 The museum occupies a prominent place on the north-west flange of the city at the culmination point of a green-belt opposite the Capitol Complex of Gandhinagar. It is spread on a plot of 6-hectares (60,000 square meters) surrounded by an approach road on all sides.

The museum takes the shape of a giant cone which resembles a salt mound - a symbol of Gandhi's historic Dandi March against the salt tax provisions imposed by the British regime in March 1930. 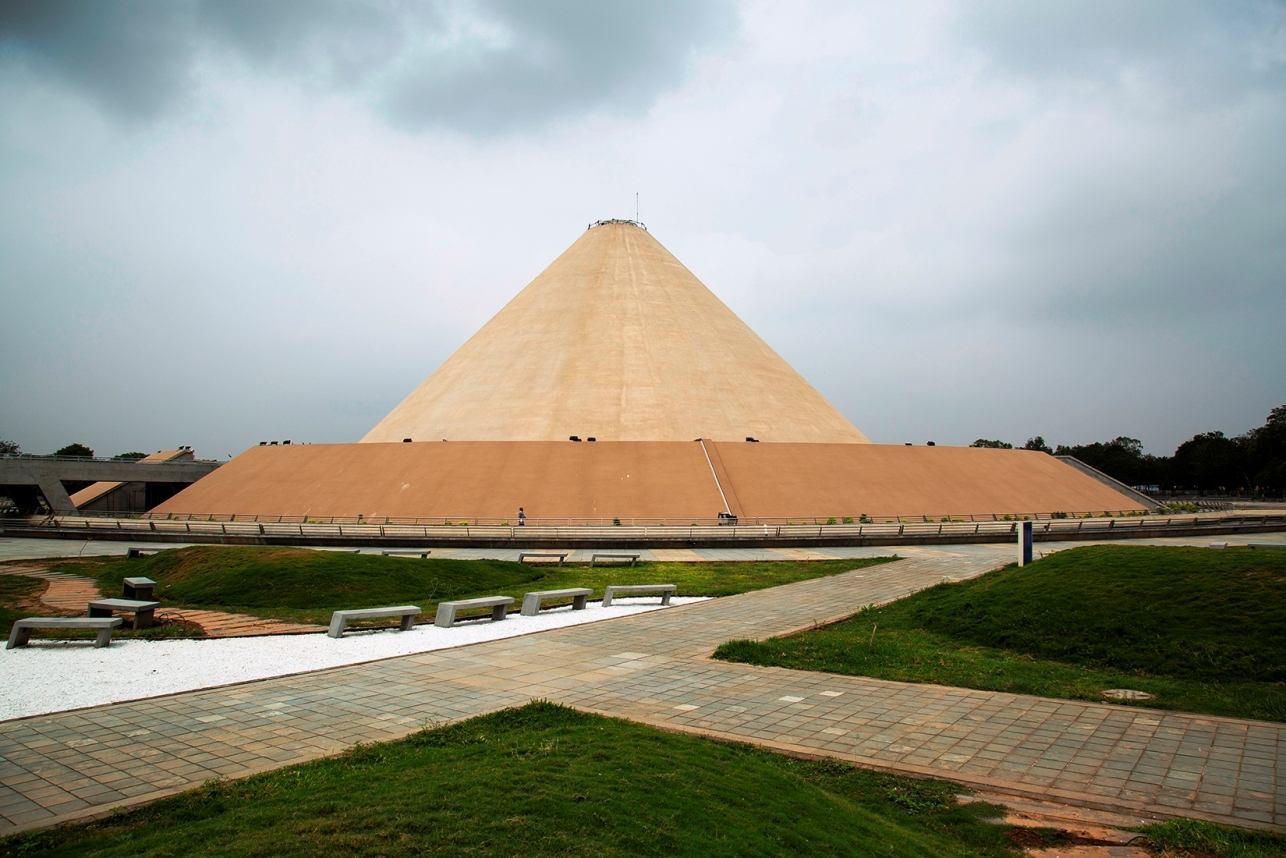 The concrete shell-shaped structure of the museum has a diameter of 90 metres and a height of 41 metres. This hollow conical envelope accommodates 3-level museum building inside it. All the levels of the museum are well connected by elevators and steel-and-glass catwalks. A giant skylight at the apex of the cone lit the interiors in a dramatic way. 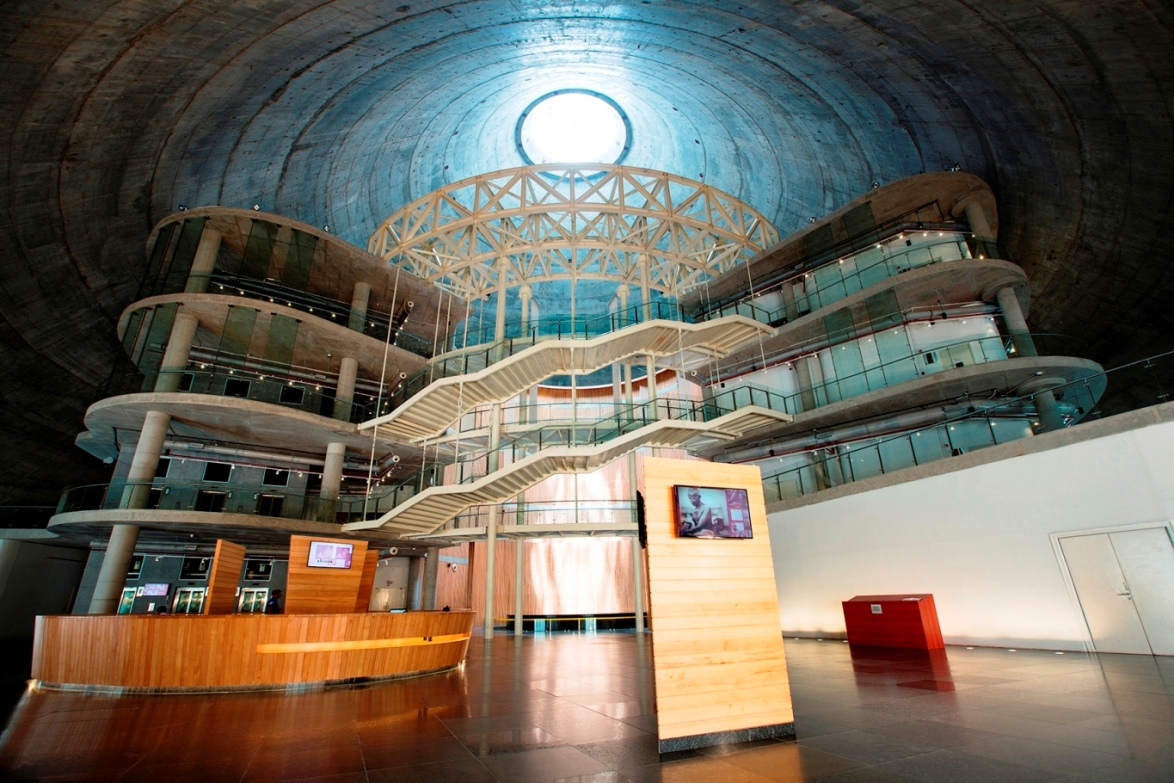 The structure of the museum is ringed by low-height circular building which accommodates administrative offices and other service areas. This ringed-structure, topped by a slanting roof, seems to emerge out of a circular water body which encircle the entire museum complex. Its form complements the form of the conical structure of the main museum in the centre. 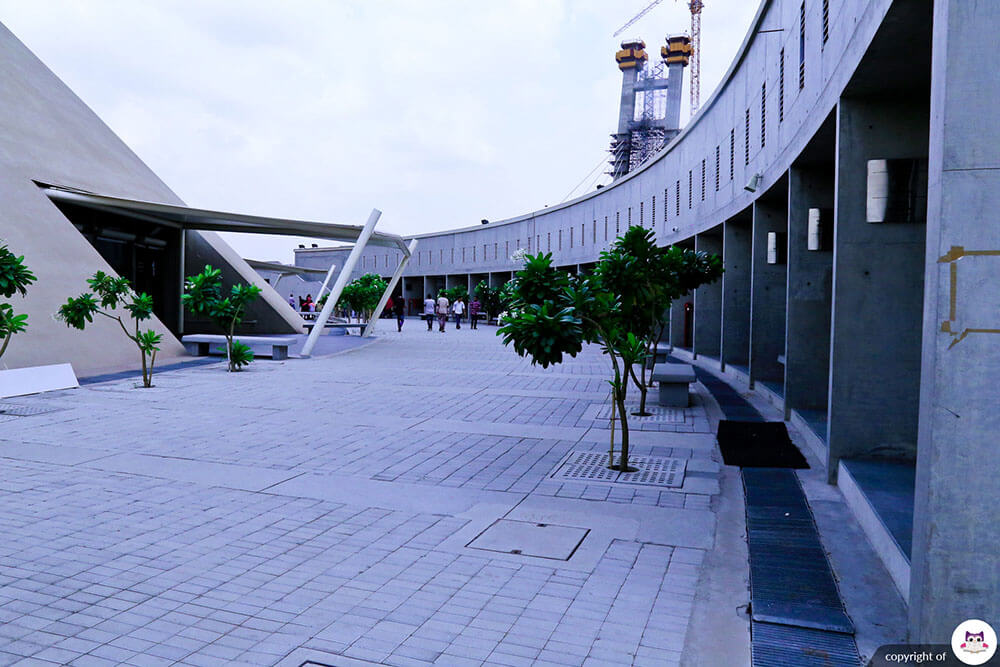 A circular plaza in between the low-height service block and the main museum provides pedestrian access to the Dandi Kutir.

Inside the museum, Mahatma Gandhi's principles of non-violence, social justice, self-reliance and Satyagraha have been creatively portrayed with the help of sophisticated technologies such as 3D mapping, holography, 360 projection, transparent LED screens etc. 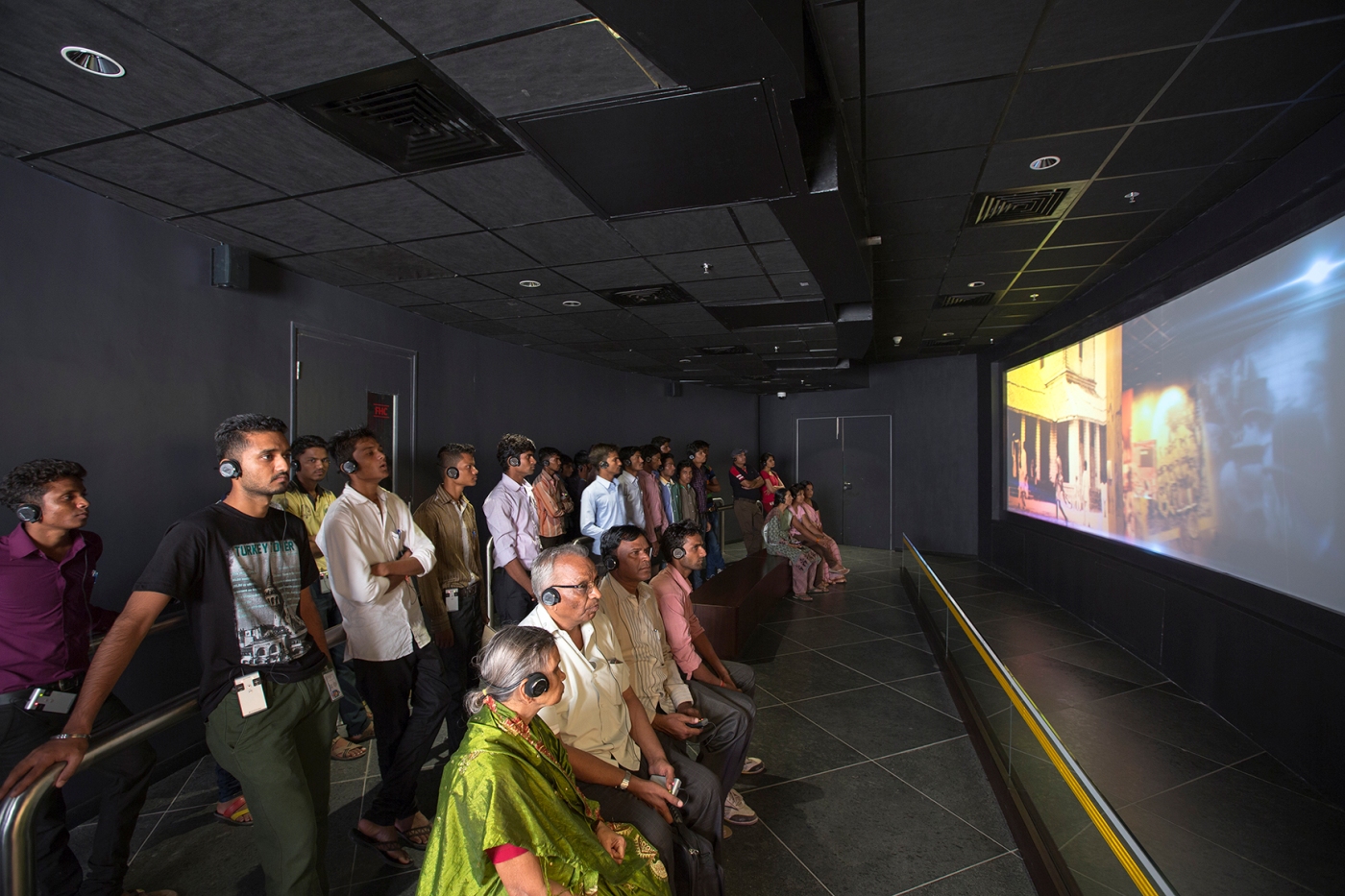 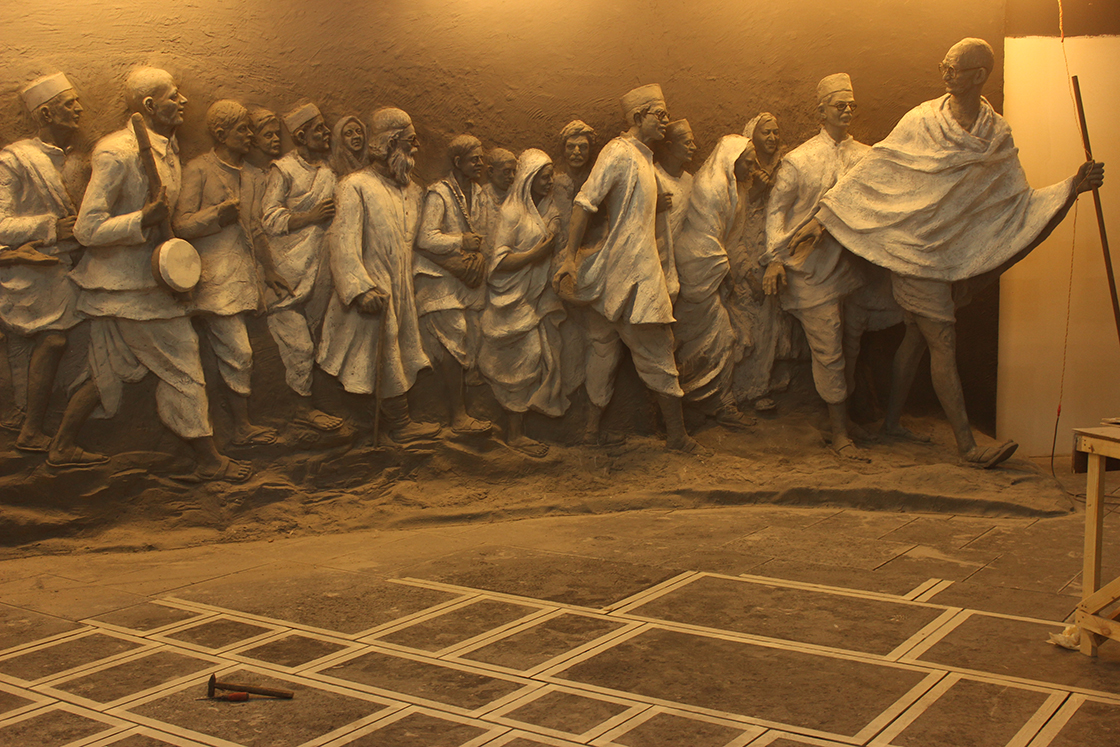 A glimpse of Gandhi's early life is beautifully depicted with the help of models and audio-visuals. A special section has been devoted to his journey to South Africa and return to India. The great Indian Independence Movement is being showcased in the form of 3D short film and audio visual presentations. 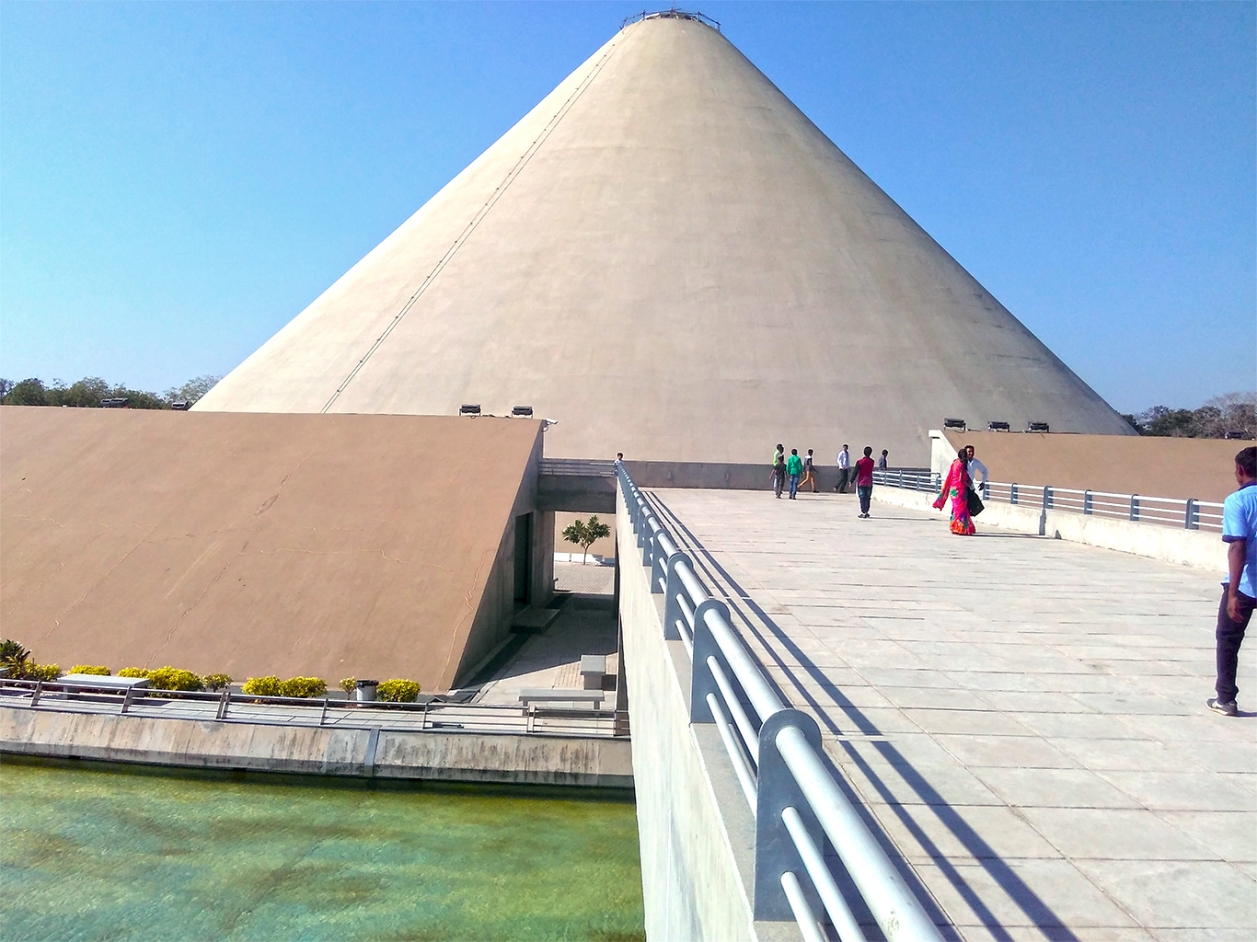 A suspended footbridge provides a ceremonial entry to the museum from the south-east side where a large Convention Centre has been built. The open space around the museum has been nicely landscaped and developed as an art-garden.

Within two years of its establishment, the Dandi Kutir has become an important landmark in the capital city of Gandhinagar - a must-visit destination for all. 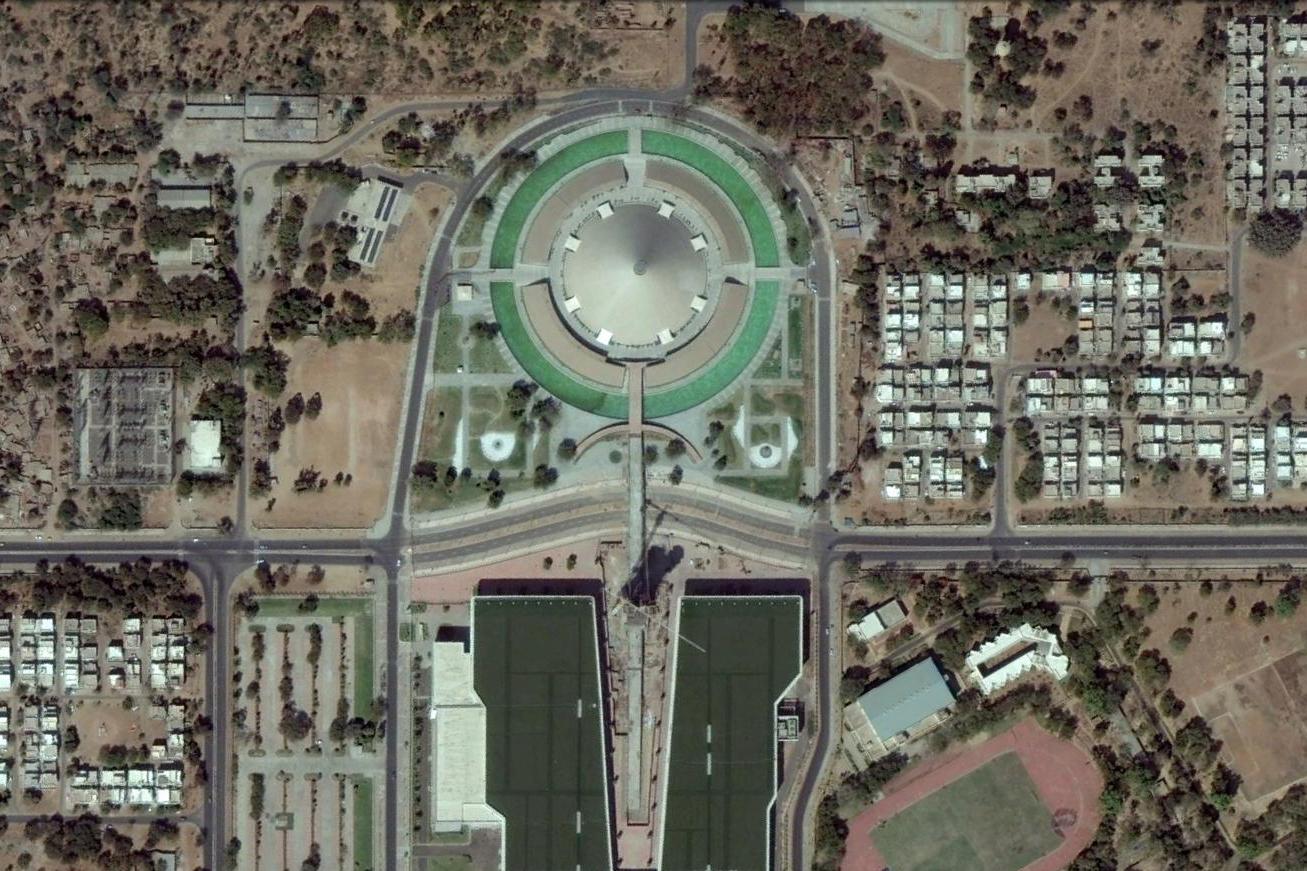 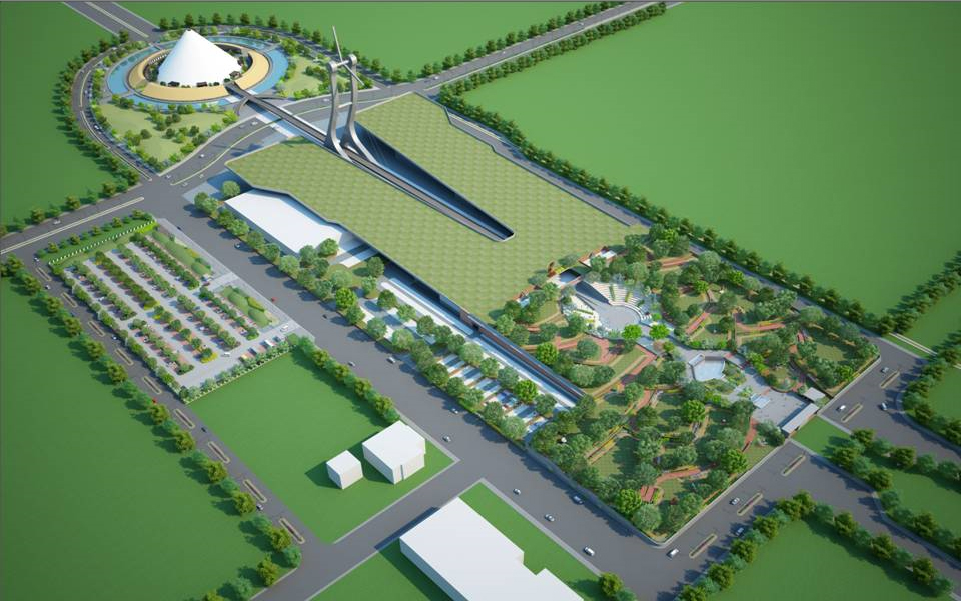 All images courtesy of Gujarat Tourism unless specified.