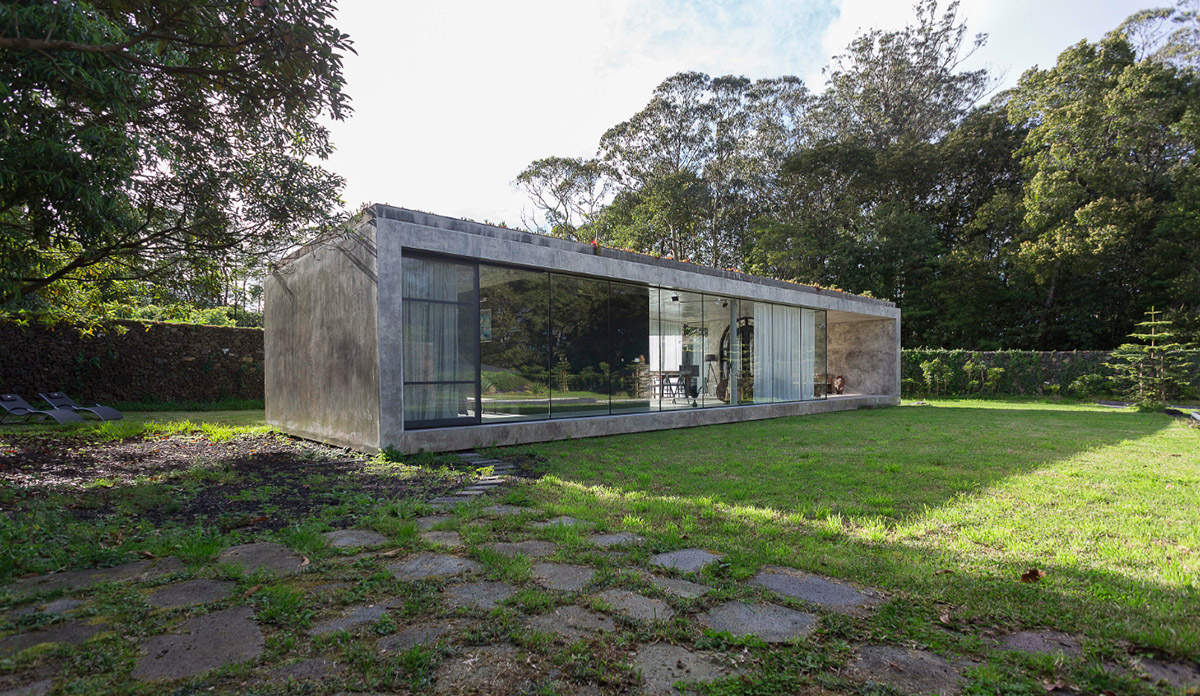 Portuguese architecture office Arco Mais designed a floating concrete private residence situated on the northern side of São Miguel Island in Portugal. The site has an open view over the sorrounding fields and woods, but takes place in an enclosed garden.

"The client expressed a desire of openness and harmony with nature, and very little concerns about how he would like the interior of the house, except from the wish of including memories of old travels through some objects," said Arco Mais. 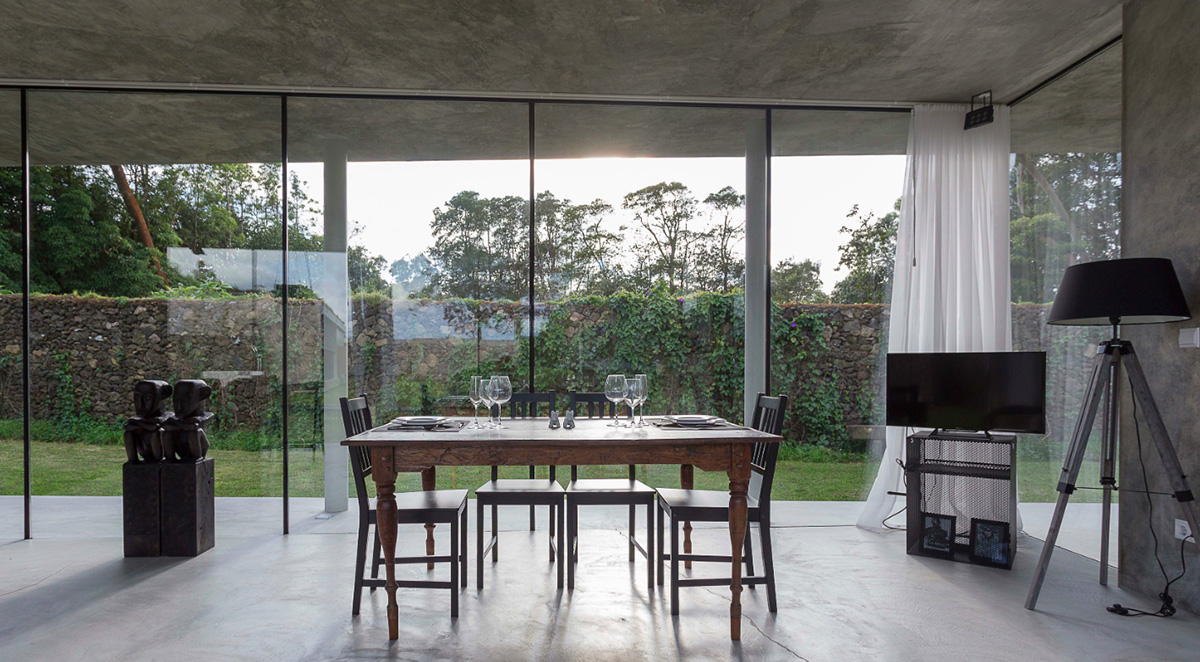 Named Rosa Muerta, the design keeps the action of building minimal, as aethereal as possible when working with concrete, shaping a simple frame and the border between inside and outside, giving it flexibility.

The concrete frame does not touch the ground, and the living space is separated from the outside only through a set of sliding glass panels. 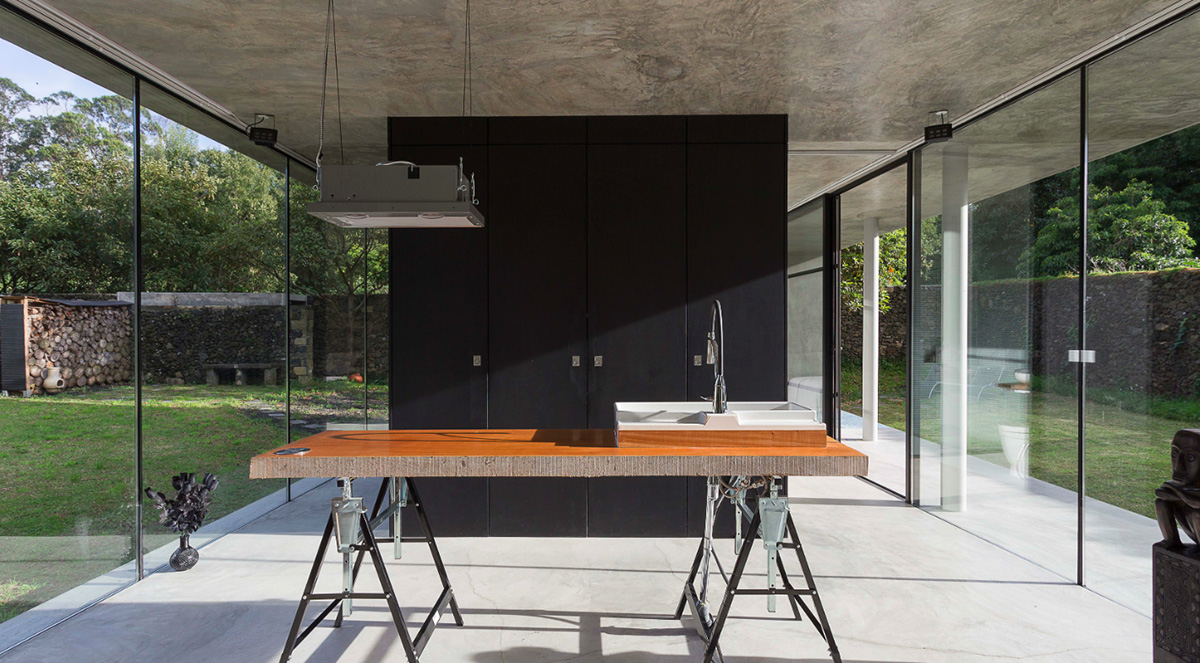 In a plot sorrounded by high stone walls, the building - occupying a 76-square-metre space - is located next to the western end, with no relation with the street, becoming almost invisible from it. 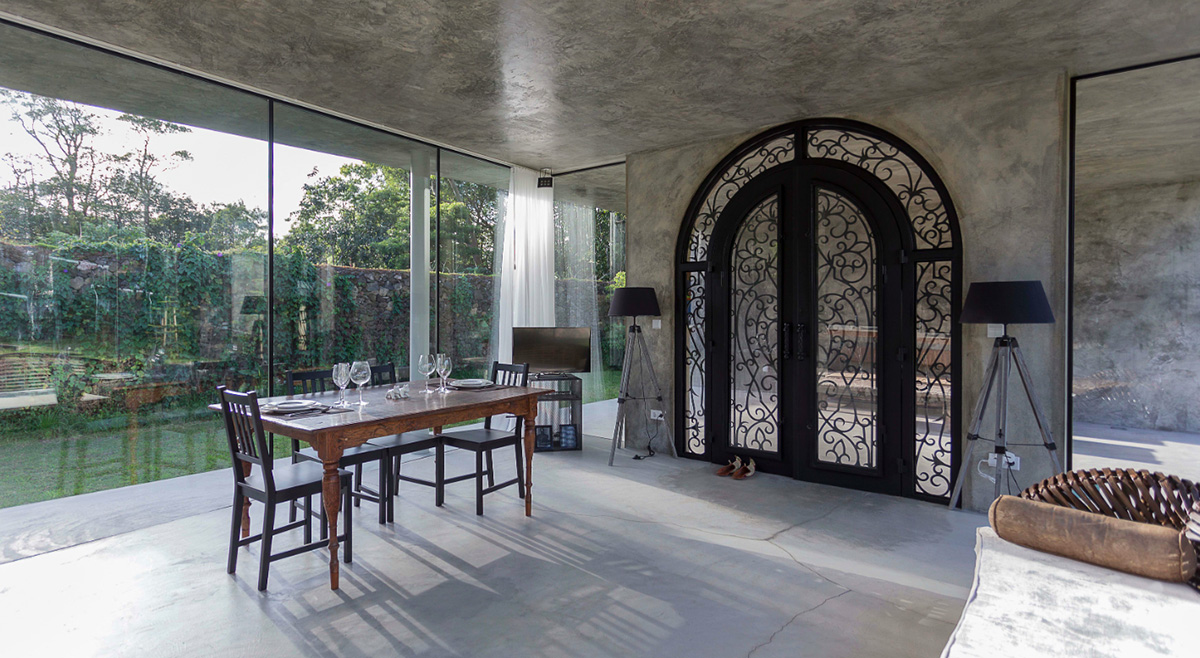 The tension created on the west side between wall and construction gives to the in-between space a sense of intimacy, enough to define it as a garden, in opposition to the rest of the plot.

The interior space of the house, taken to the essential, develops into the sleeping area and the living, separated by a functional block including storage, kitchen and the restroom: a box inside the box. Living room and bedroom find an extension on the ouside under the roof slab. 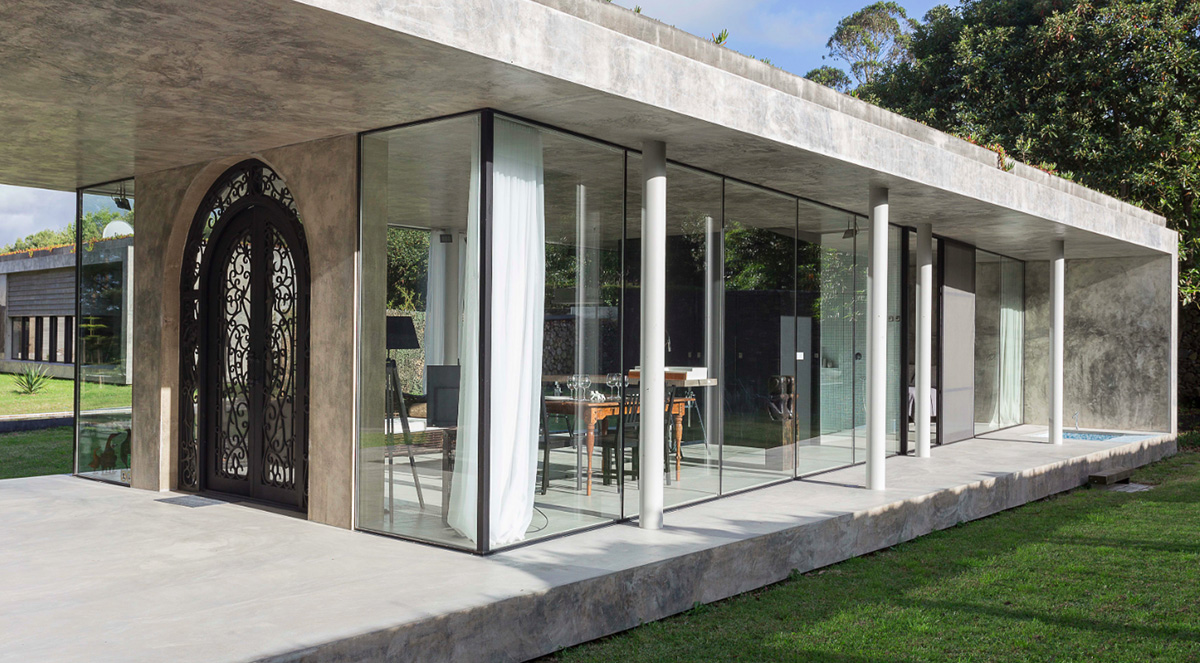 From the outside, the building materializes itself through light and shadows, its mass and presence appearing and desappearing with a change of wiewpoint or the mere passage of a cloud. 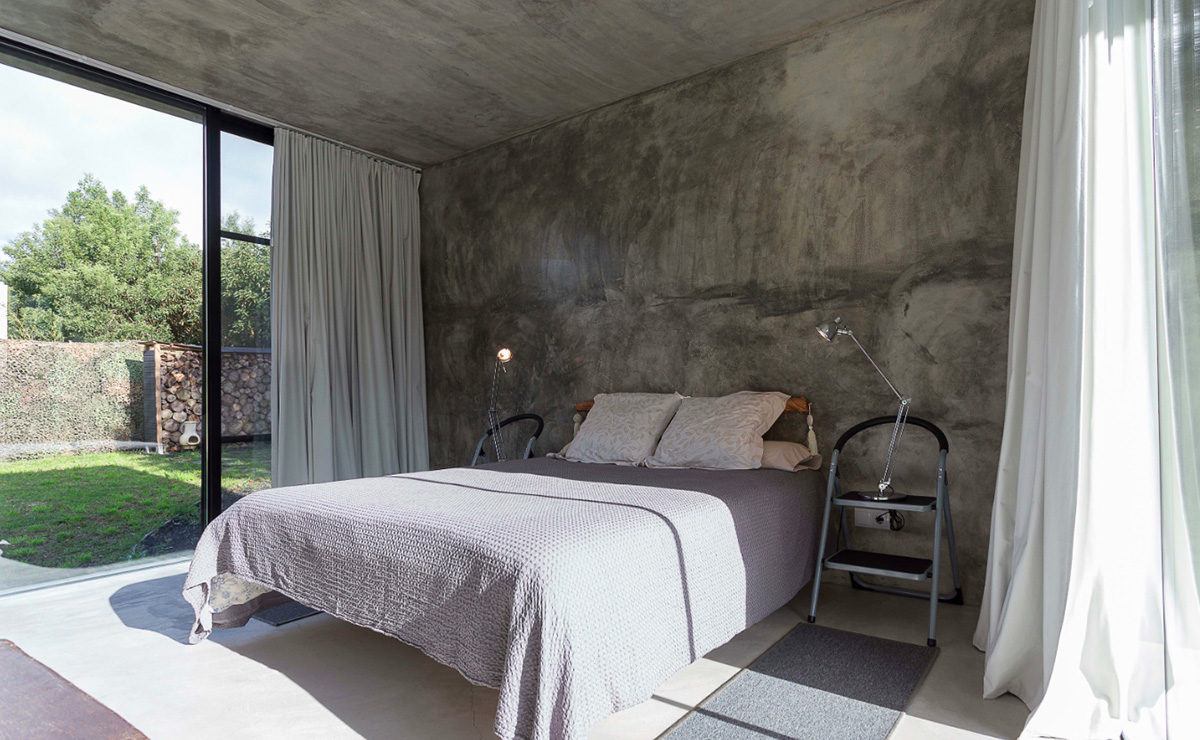 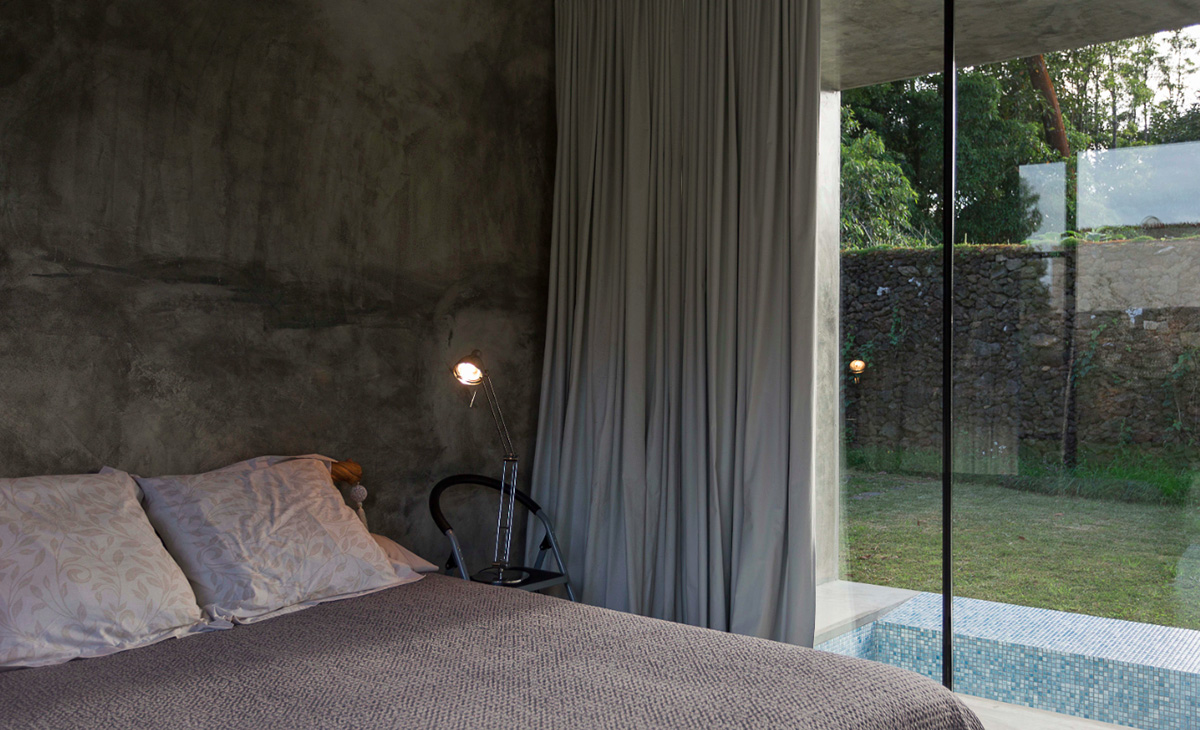 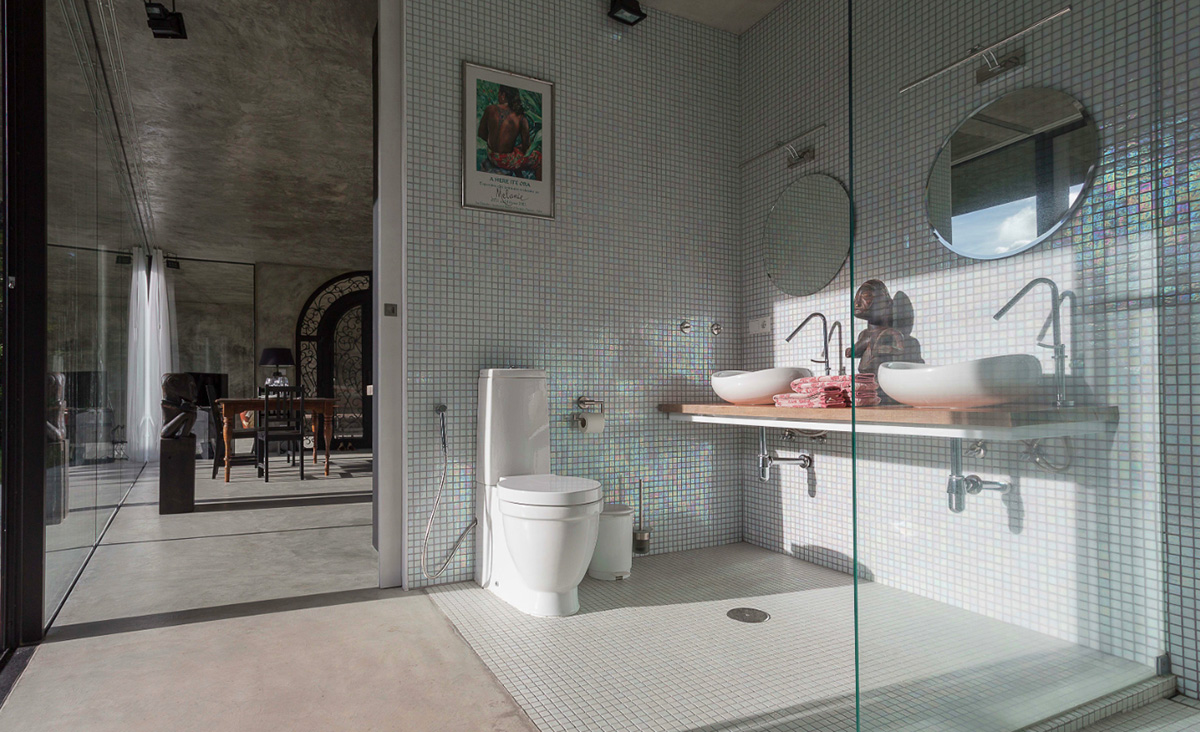