A Modern Temple For All Religions: Roger Anger-designed Matrimandir In Auroville 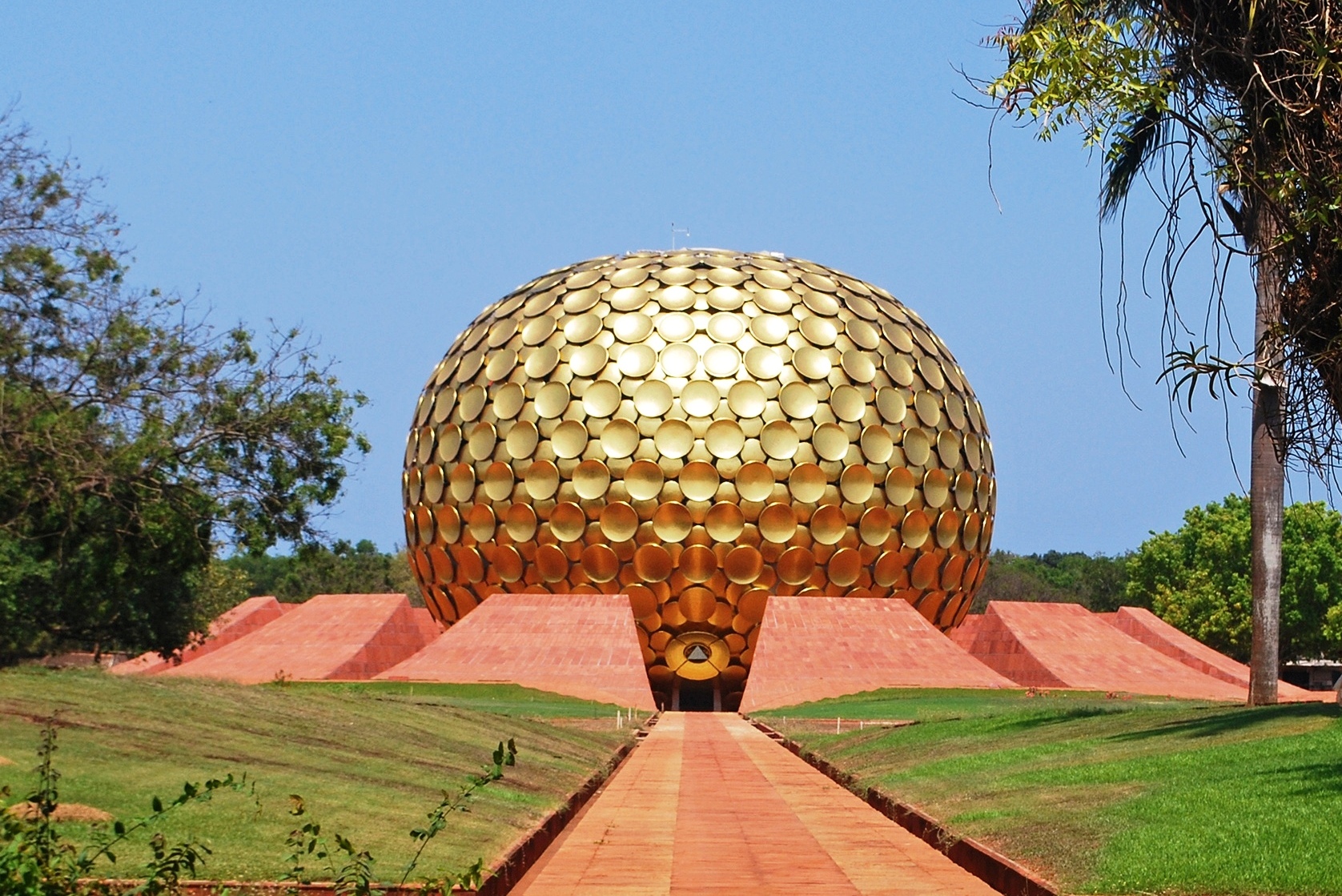 Designed by French architect Roger Anger, Matrimandir - literally, "the dwelling place of the Mother" - is situated in the heart of a universal city - Auroville, about 12 kilometres from Pondicherry in India. It was designed in 1968, the construction started in 1971 and completed in 2008 after a protracted period of 37 years. During the last one decade, the temple has emerged as a top destination for meditation and has a footfall of around one million persons per annum. 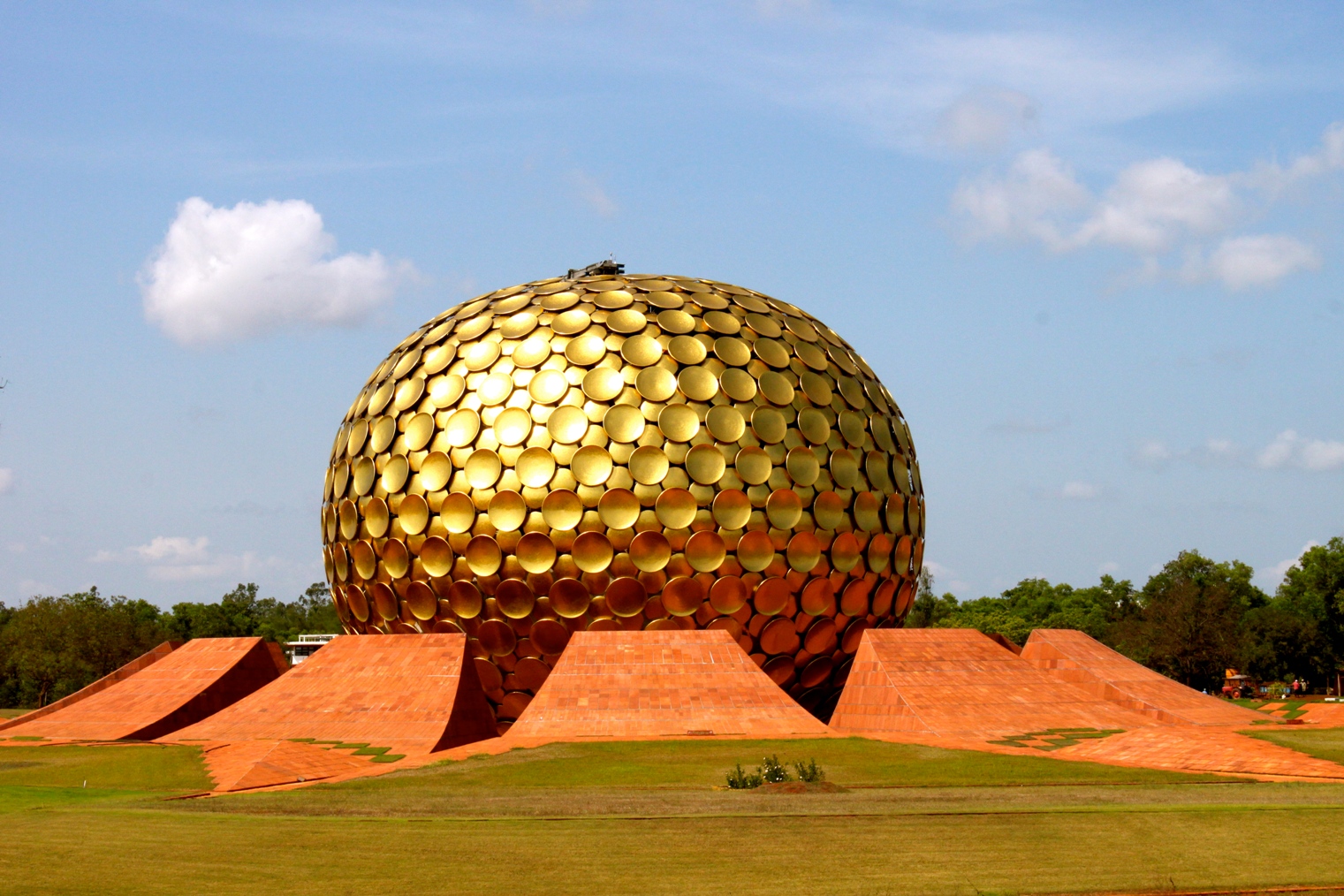 The Mother of Sri Aurobindo Ashram conceived this temple and communicated her thoughts to architect Roger Anger who translated it into a design. The scheme, which covers an area of 9 hectares, comprises the main temple, an amphitheater and gardens. 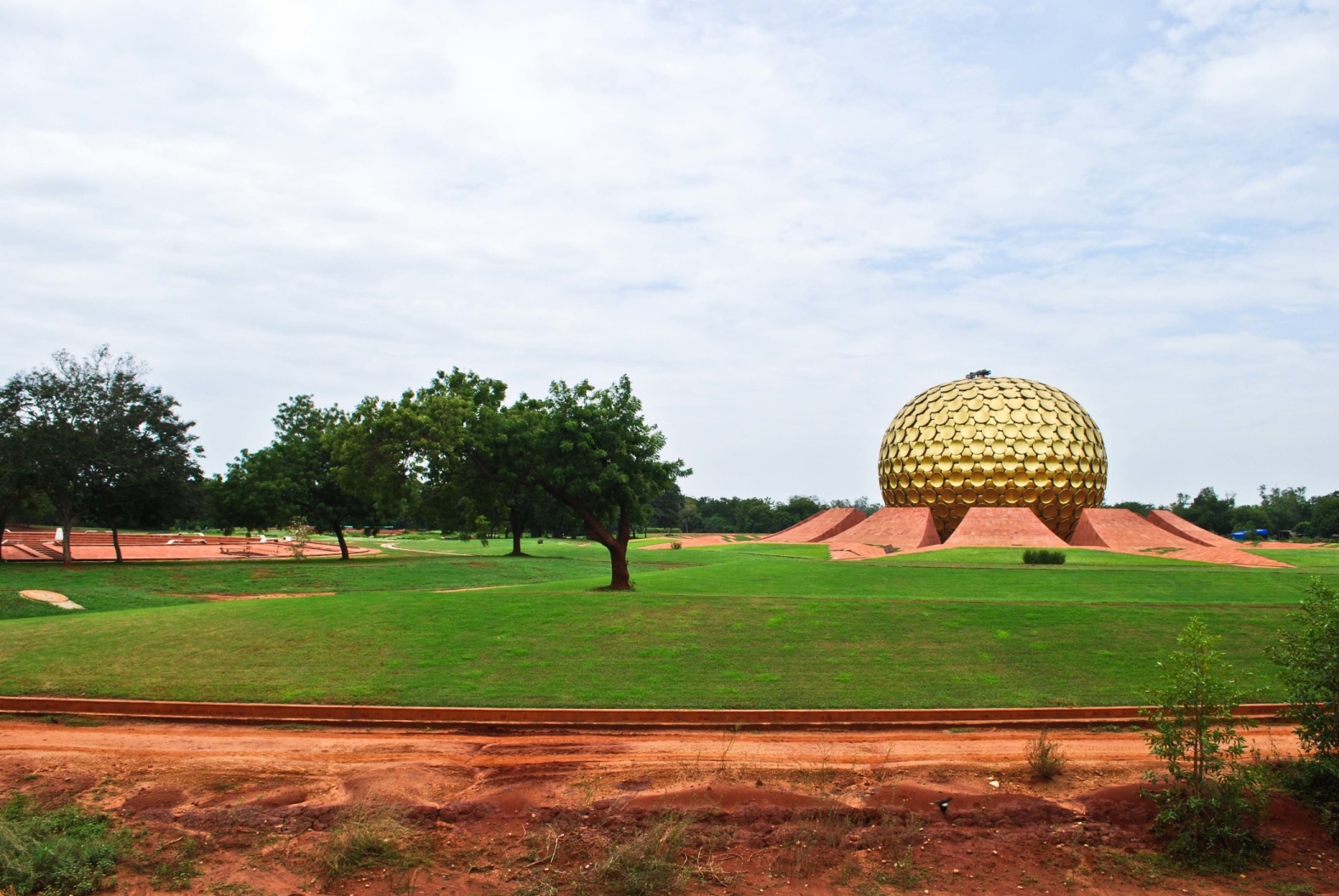 The temple consists of a meditation chamber which is enveloped by a flattened sphere. The form of the structure symbolically represents a cosmic egg. The chamber is located in the upper hemisphere with its floor positioned at the widest point of the shell. A processional path runs all around the spacious chamber.

The meditation chamber is dodecagonal in plan and has a conical roof. Its walls are clad in white marble and the floor is covered with white carpet. A pair of spiral ramps provides access to the chamber. 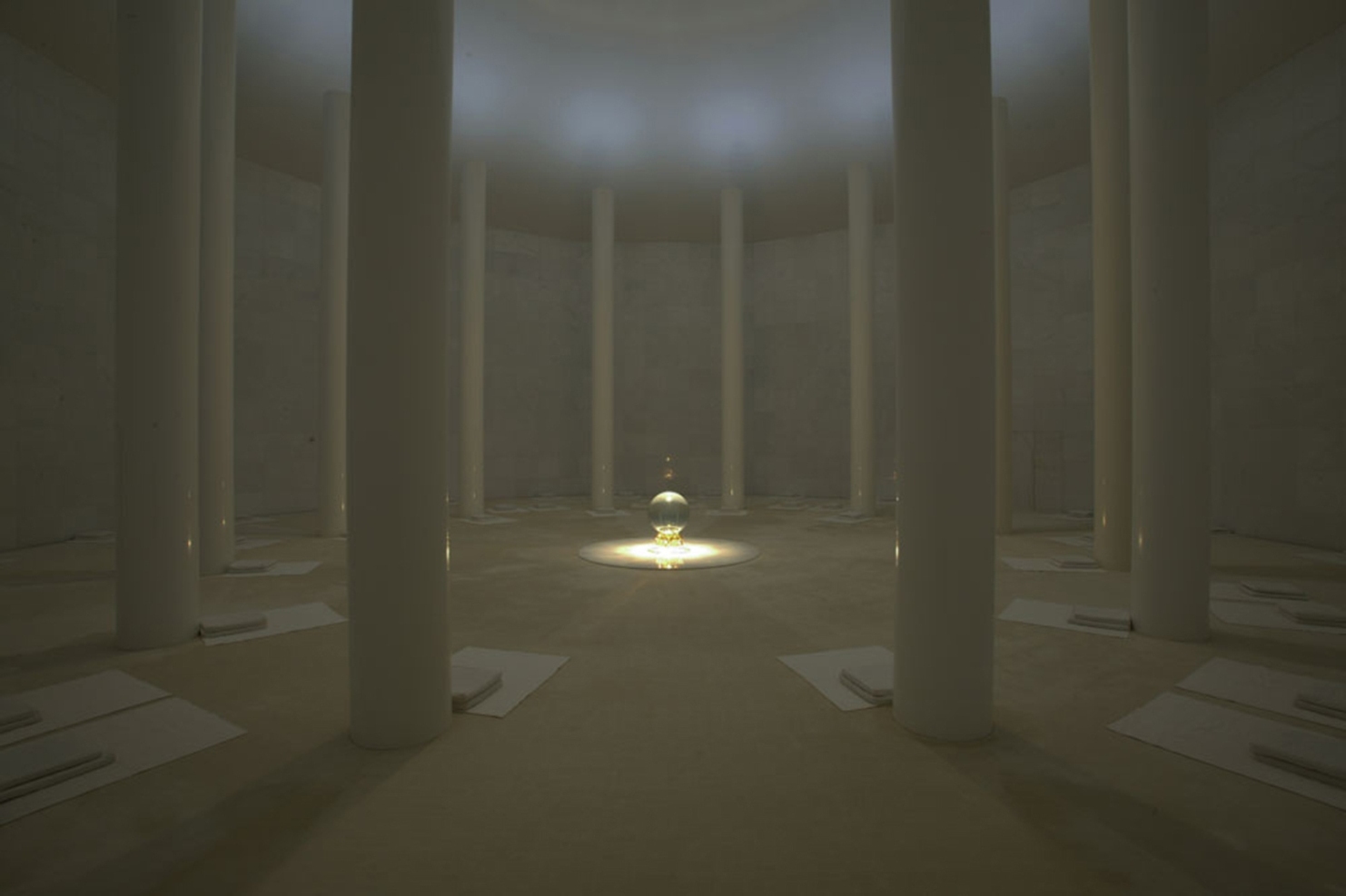 The heliostat has a mirror which rotates in consonance with the movement of the earth so that the sunlight is reflected constantly at the same angle. When the sun is not shining, artificial lighting is used to simulate the effect of natural light. 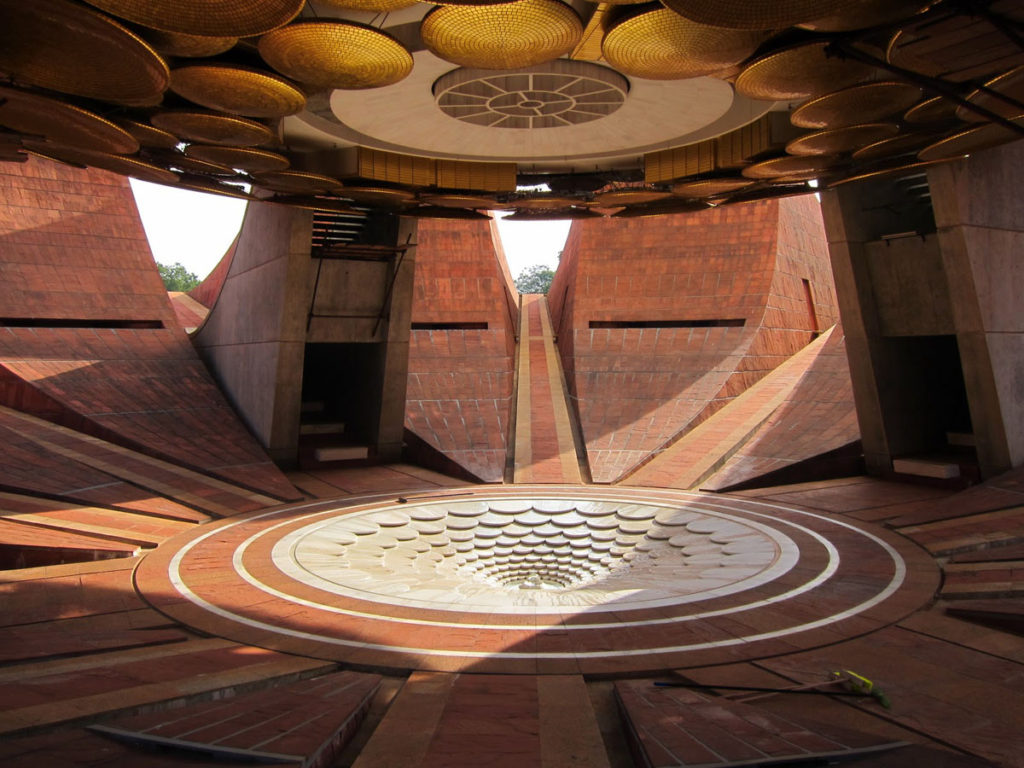 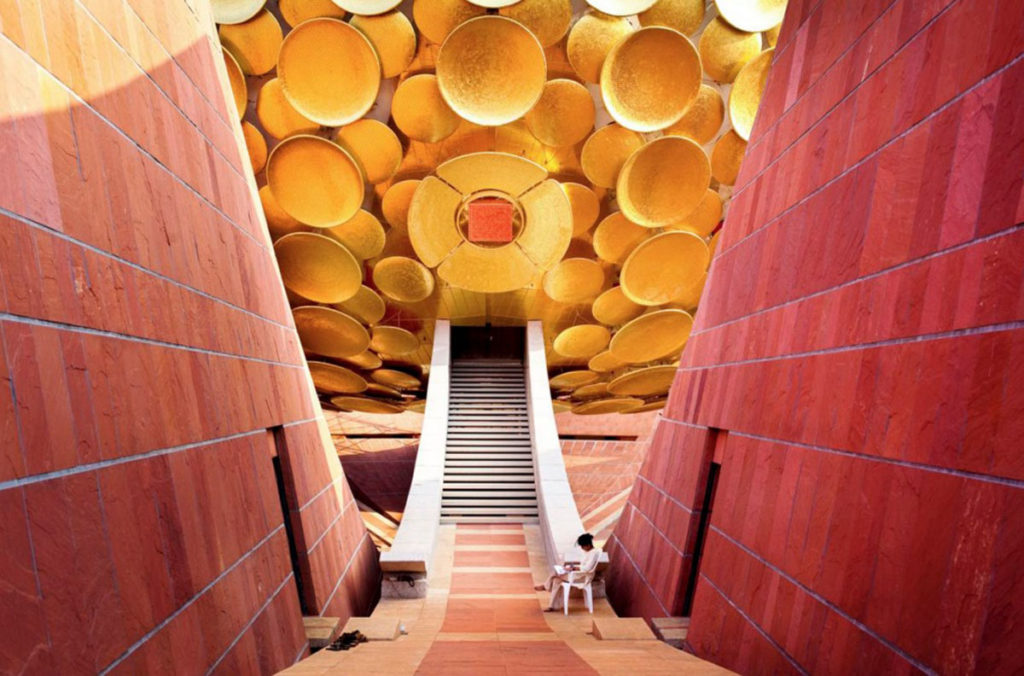 The super structure is supported by four pairs of 38-metre-long sickle-shaped piers which are the principal load-bearing components. These piers were named by the Mother as Mahakali, Maheshwari, Mahalakshmi and Mahasaraswati, symbolising strength, wisdom, harmony and perfection respectively. 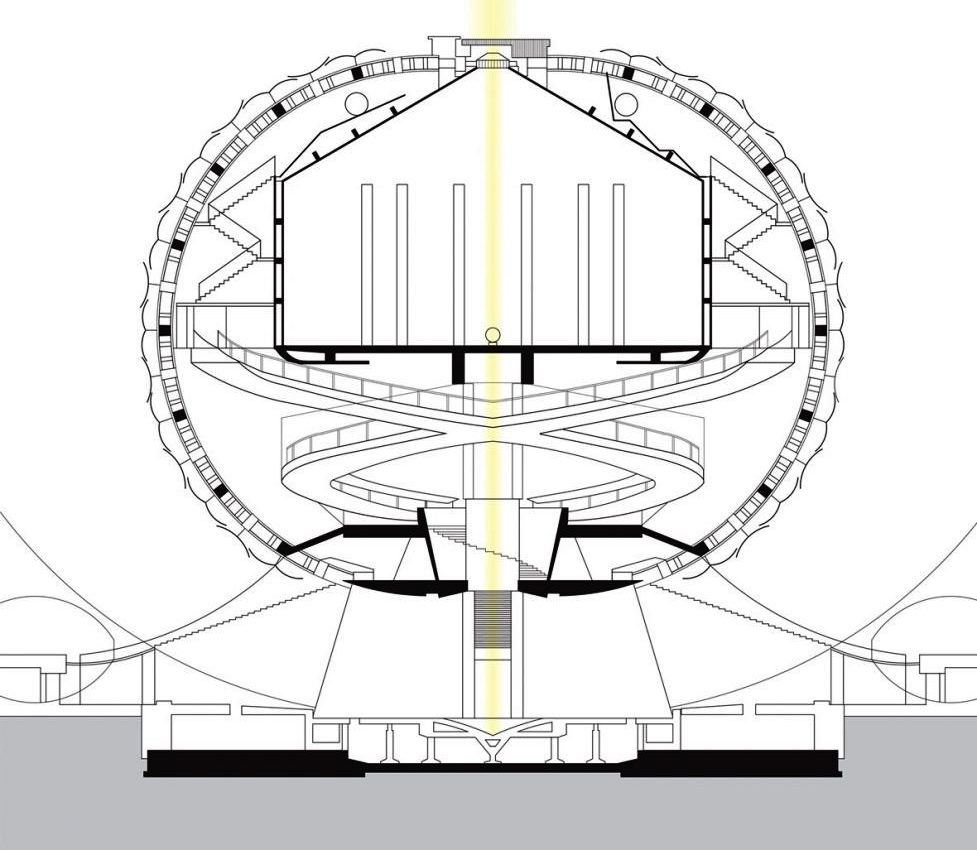 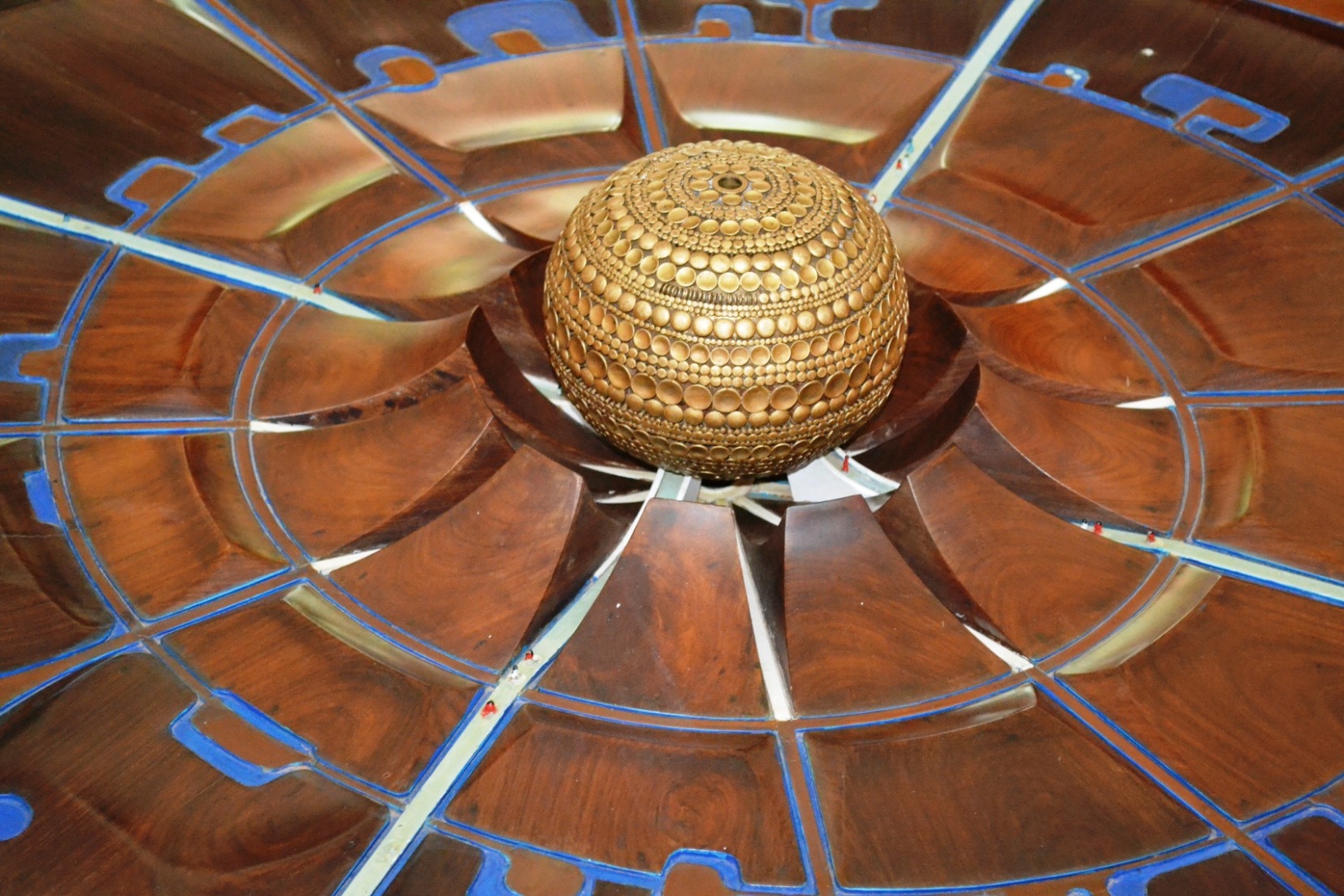