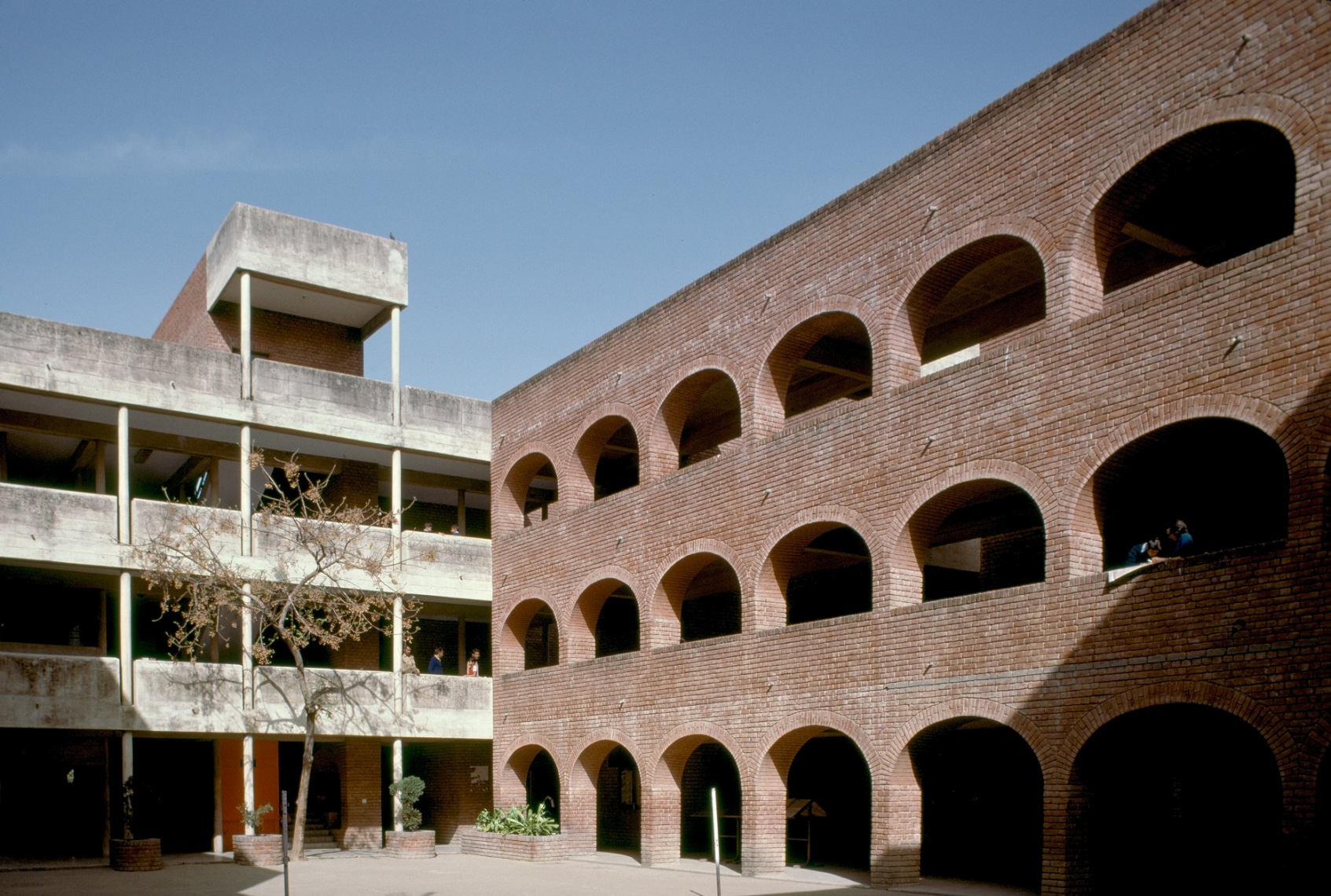 Jasbir Sachdev (born in 1930) is a veteran Indian architect and founder Principal Architect of Sachdev Eggleston Associates, a New Delhi-based architectural practice established in 1970. Sachdev had the opportunity to work with Le Corbusier and Pierre Jeanneret on the Chandigarh project from 1952 to 1956. By virtue of his association with the Swiss-born French architects, his design ideology has its origin in the crystallized Corbusian school of thought.

A protagonist of the use of materials in their natural colour and texture, Jasbir Sachdev designed a number of buildings which exemplify his reverence for the masters. Modern School, Vasant Vihar, New Delhi is one such building he designed in exposed brick and concrete. 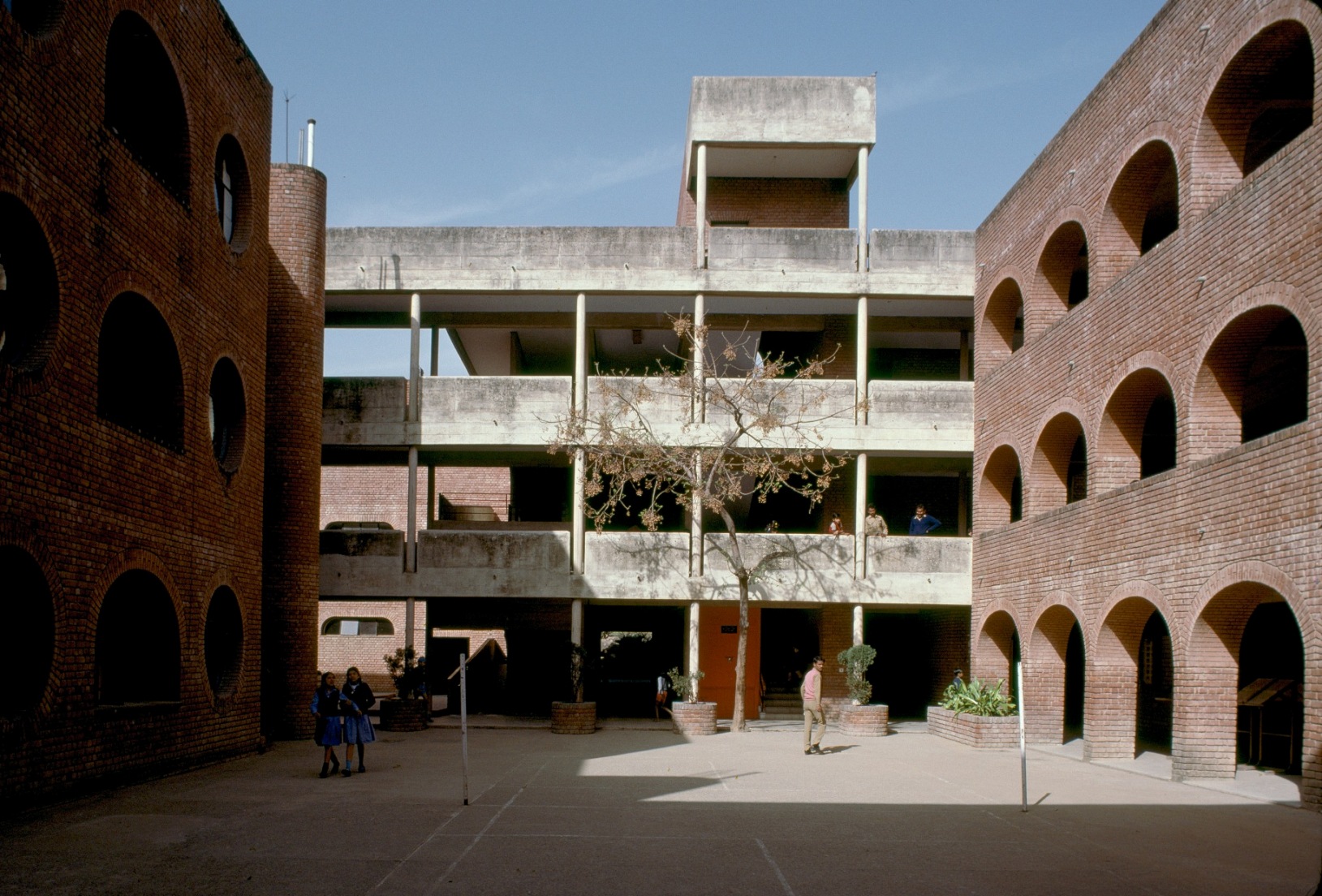 The sprawling school campus designed on a 2.2-hectare site has a protracted period of construction from 1974 to 1989. Though developed in a phased manner, the final outcome shows no signs of it, thanks to concept of 'fractured plan' developed by the architect. To the modern day architectural historians, it is one of the best example of sustainable architecture - designed perhaps much before to the evolution of the term 'sustainability in architecture'. 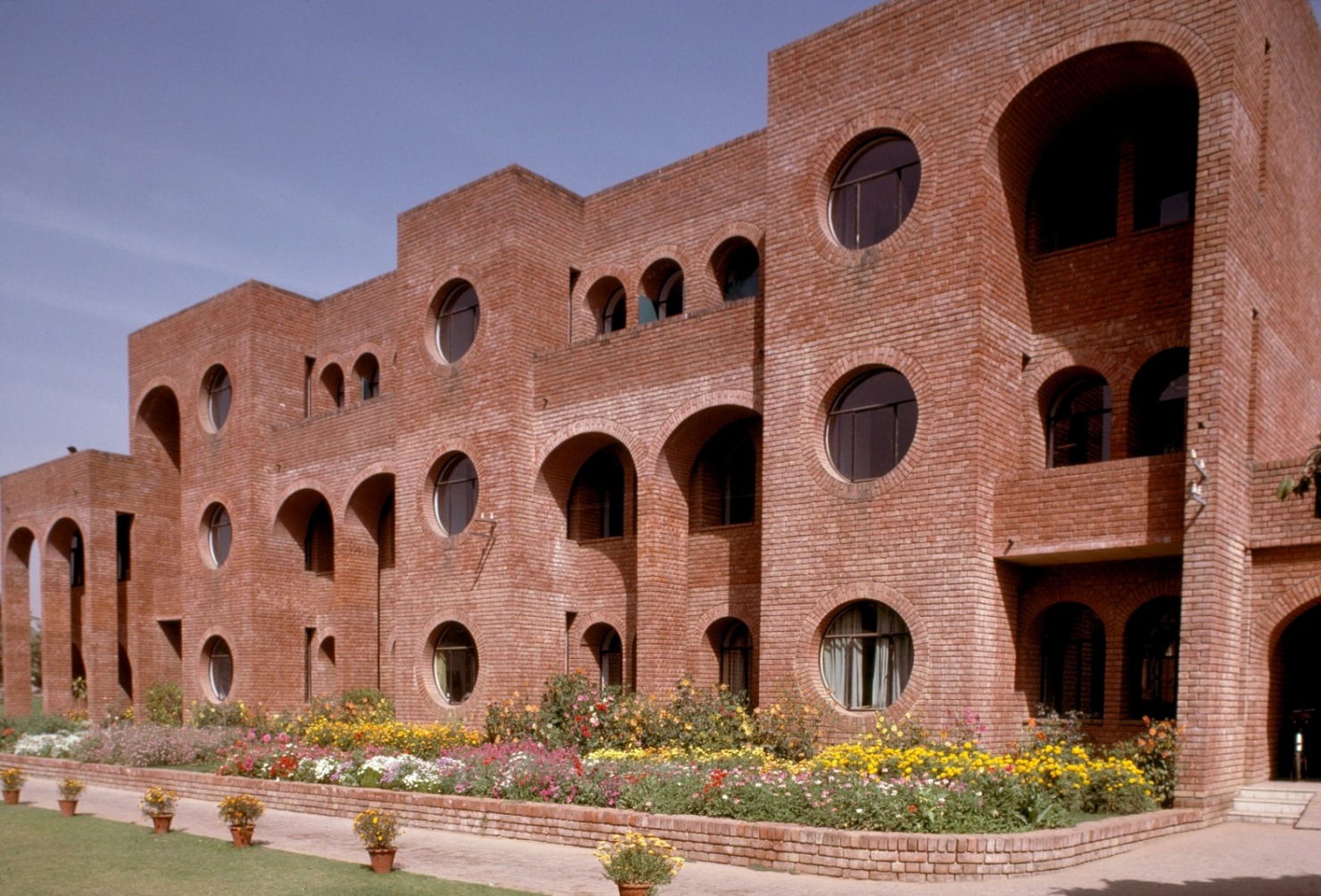 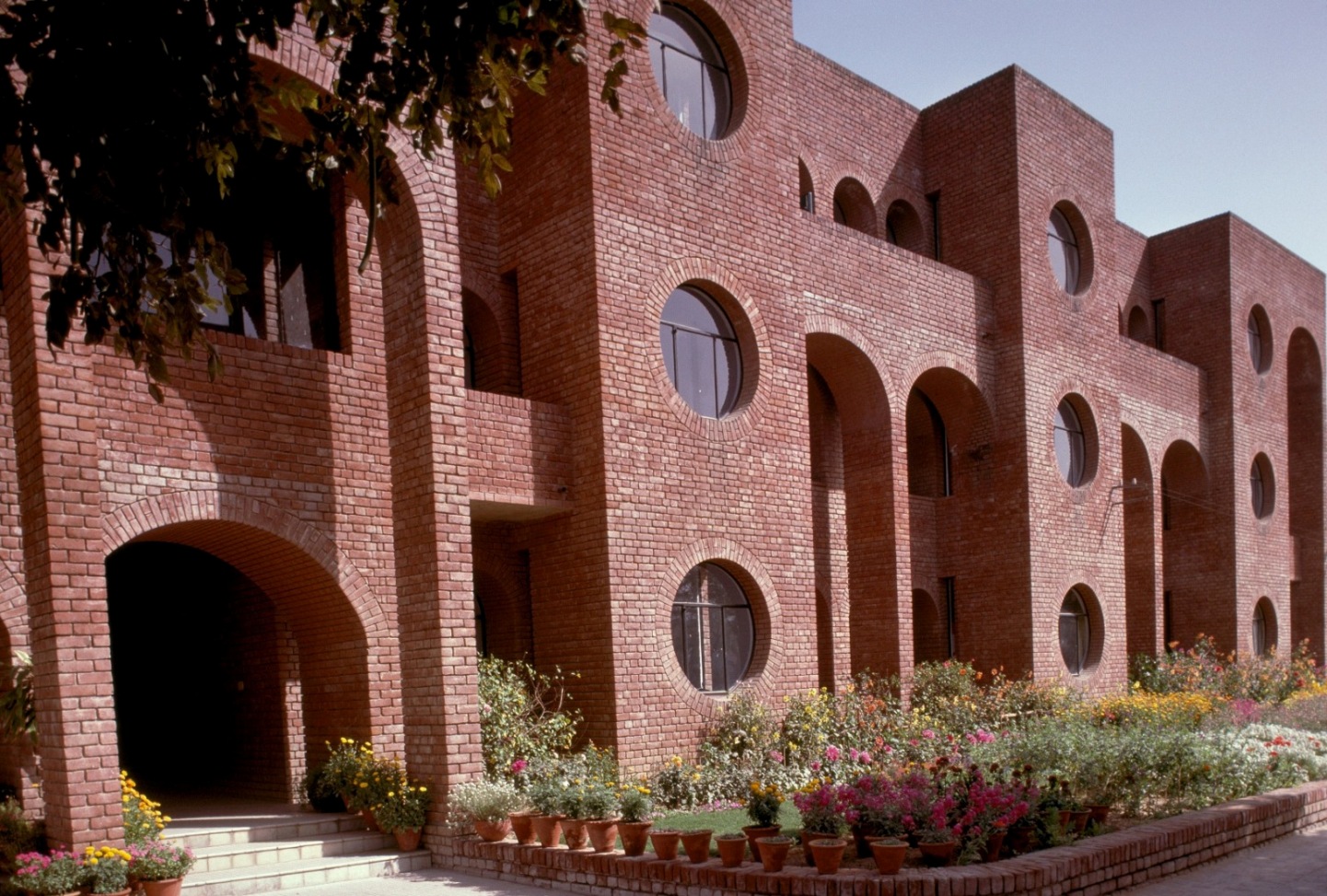 The site is predominantly flat, but it has a natural rock outcrop to the west. The planning laid emphasis not only on the academic aspects but also on sports, arts and crafts, music, dance, drama and practical work in radio, electronics, home science, etc. The complex has a total built-up area of about 14,000 square metres and is designed to cater to the classes from nursery to 12 standards. It comprises classrooms, laboratories, activity rooms, libraries, administrative offices, and a canteen, besides playfields.

Keeping in view the fact that the school went in for phased development, the plan is divided into a number of blocks grouped around courtyards. This makes each block not only independent, but also leaves open the possibility of joining it naturally with the next constructed block. A 2-metre-wide corridor, which is detached from the classrooms, links these blocks. This formation helps in ensuring good cross-ventilation and natural light, besides cutting down penetration of noise into the rooms. On the ground floor, the large areas thus created in between the blocks help in promoting interaction between the students and the teachers. 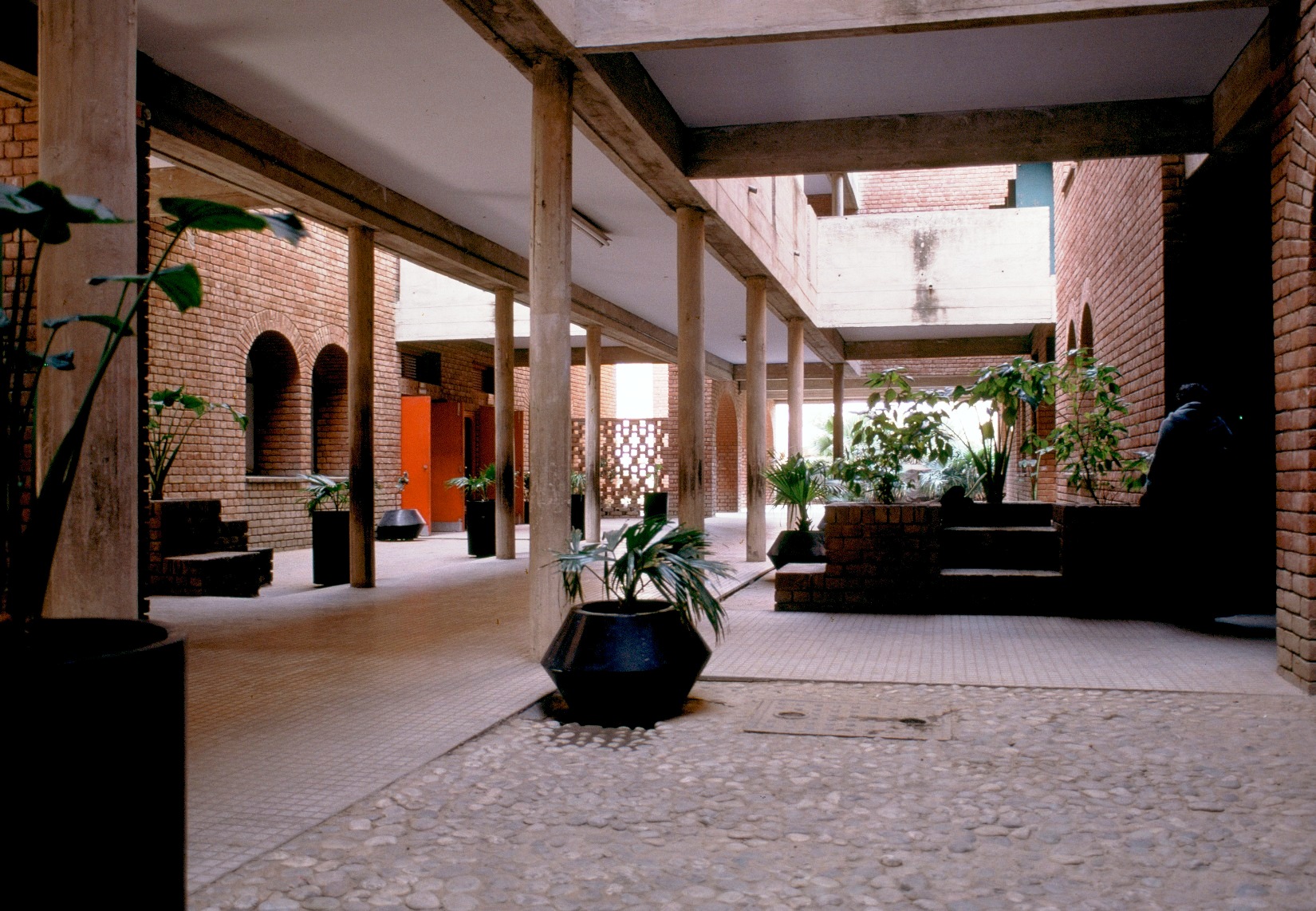 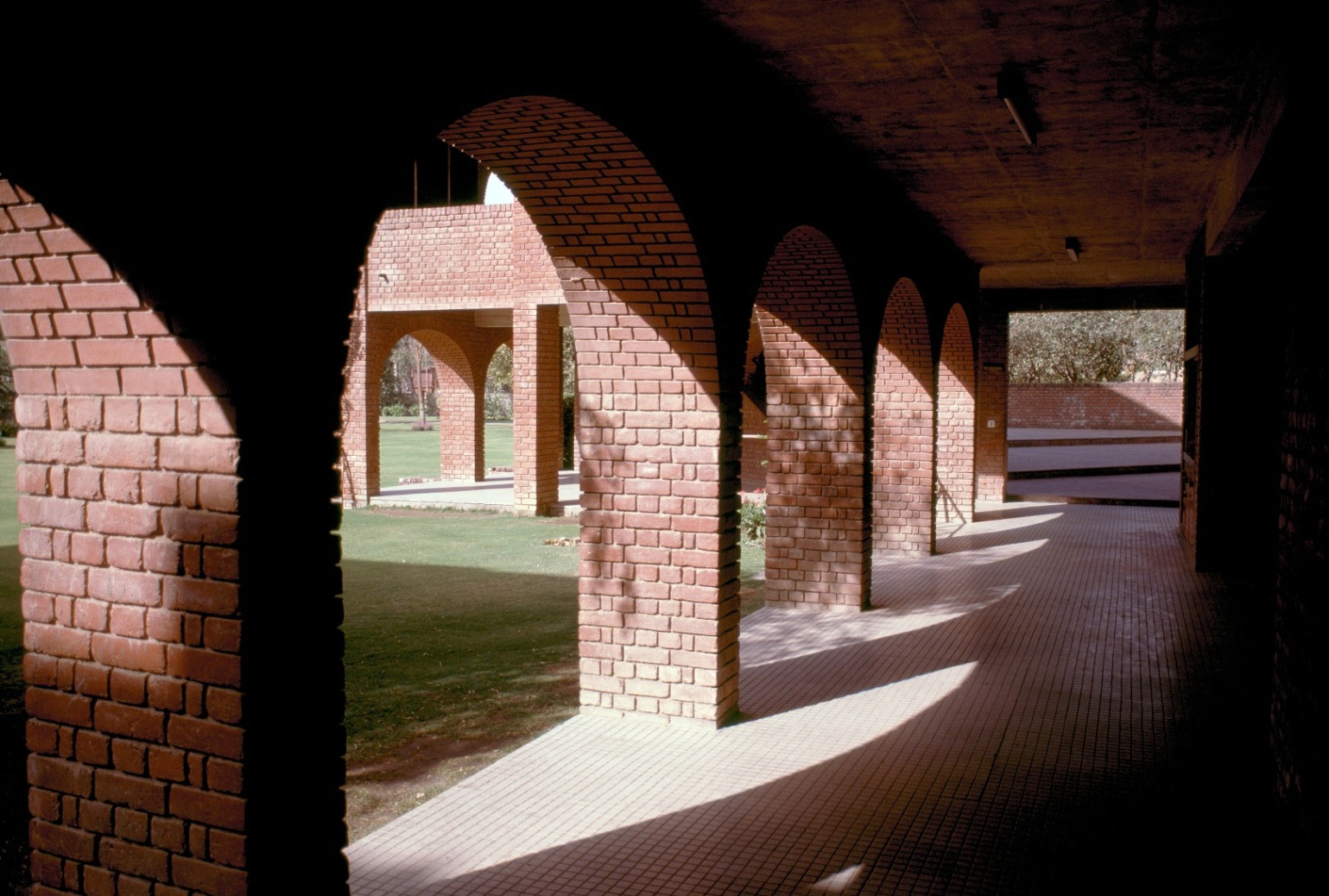 The buildings are so oriented that all rooms have fenestration to the north and south. The windows, being deep-recessed, are well protected from the sun and rain. To enhance external expression, certain architectural elements like circular openings and brick arches are repeated all over the facades. The classrooms are so designed as to be used as “subject classrooms” in future, enabling the teacher to use the visual aids required to create an environment relevant to the subject. 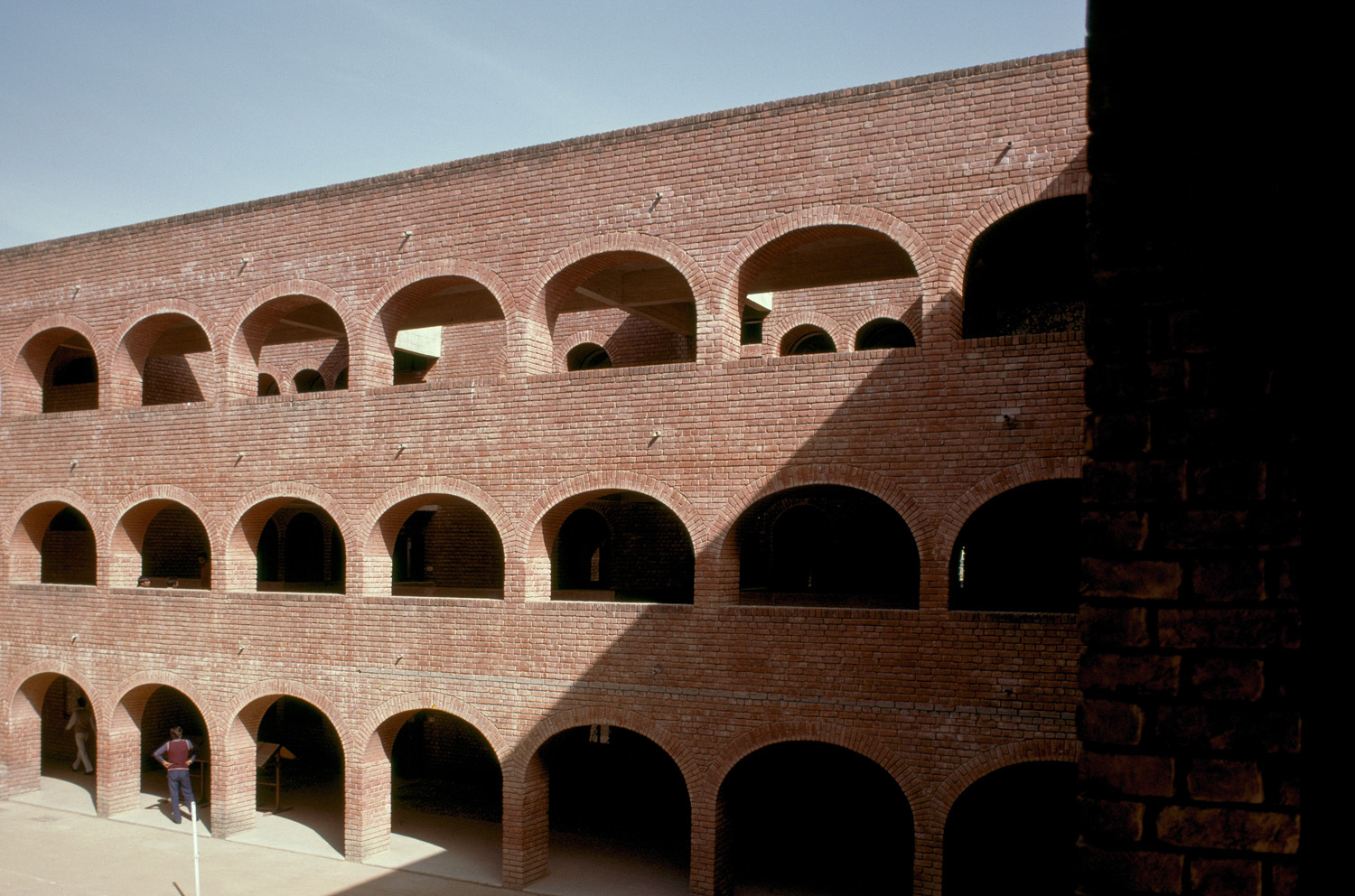 A natural rocky mound has been incorporated in the landscape to exploit its full potential. The primary school wing is placed at one end so that small children can have the advantage of climbing and playing on the rocks. Shrubs, grass and flowers are planted between the rocks. The play equipment placed near it adds to the environment. The buildings are three-storied composite structures with reinforced-concrete frames and load-bearing brick walls, which are left exposed on the external sides. 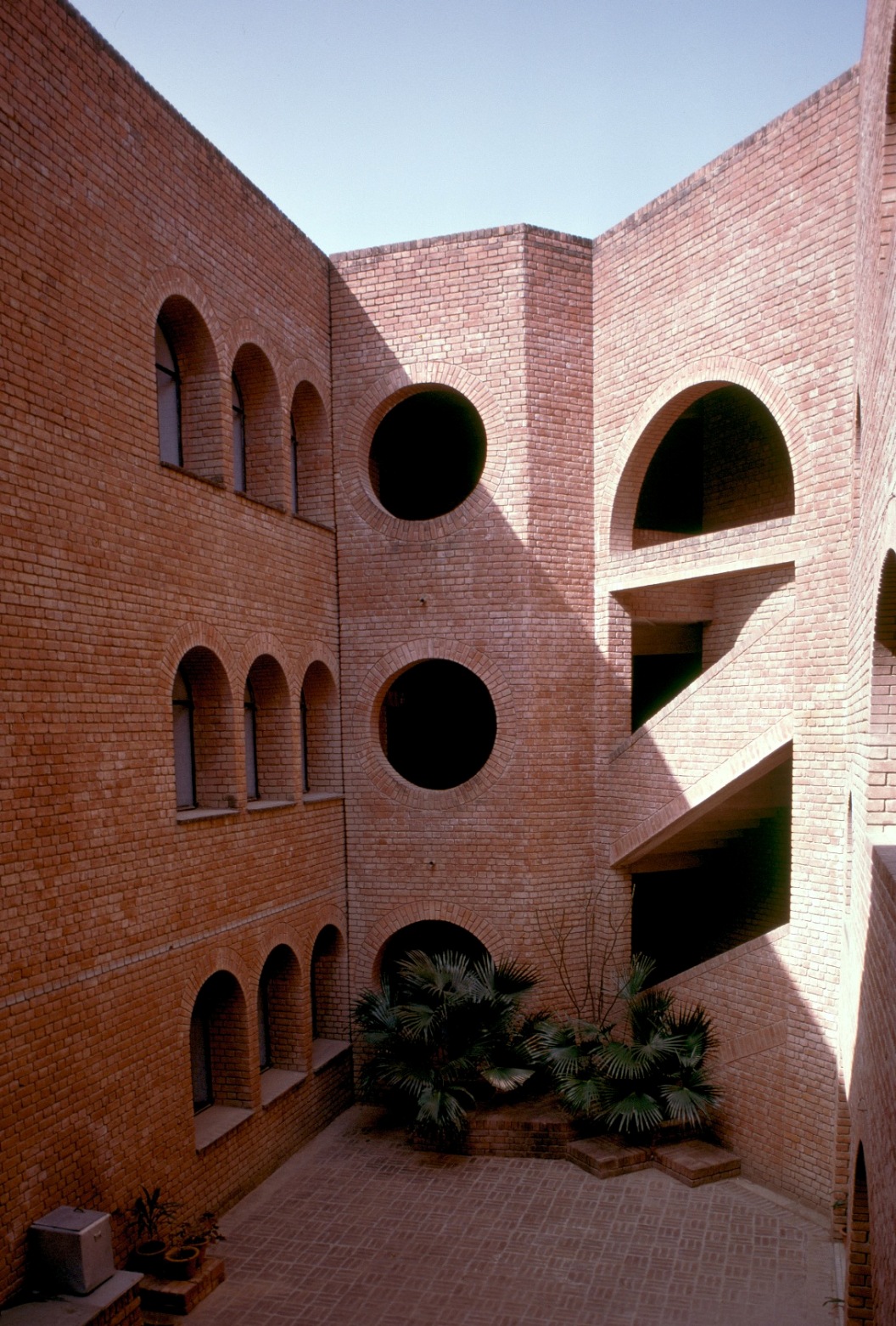 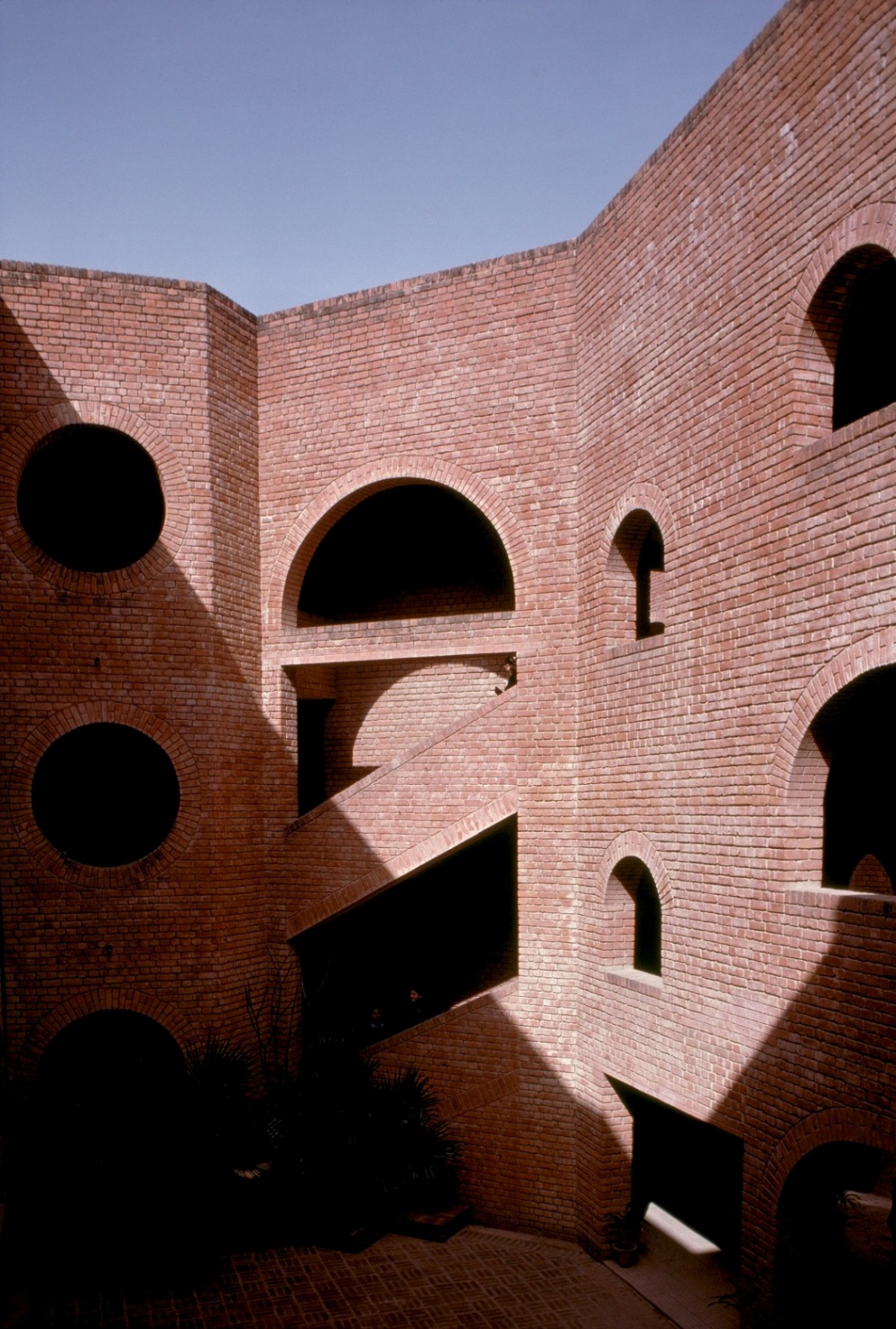 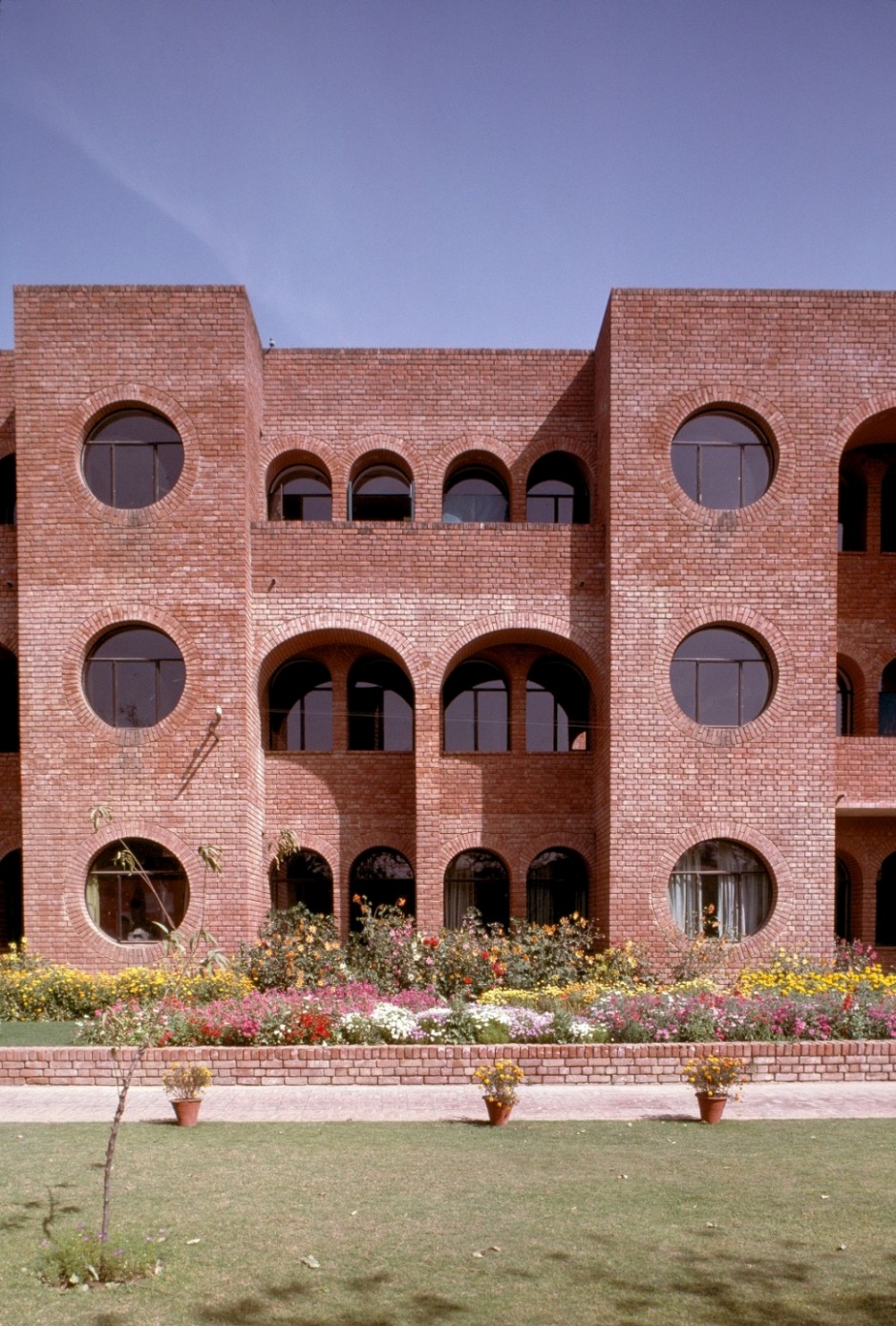 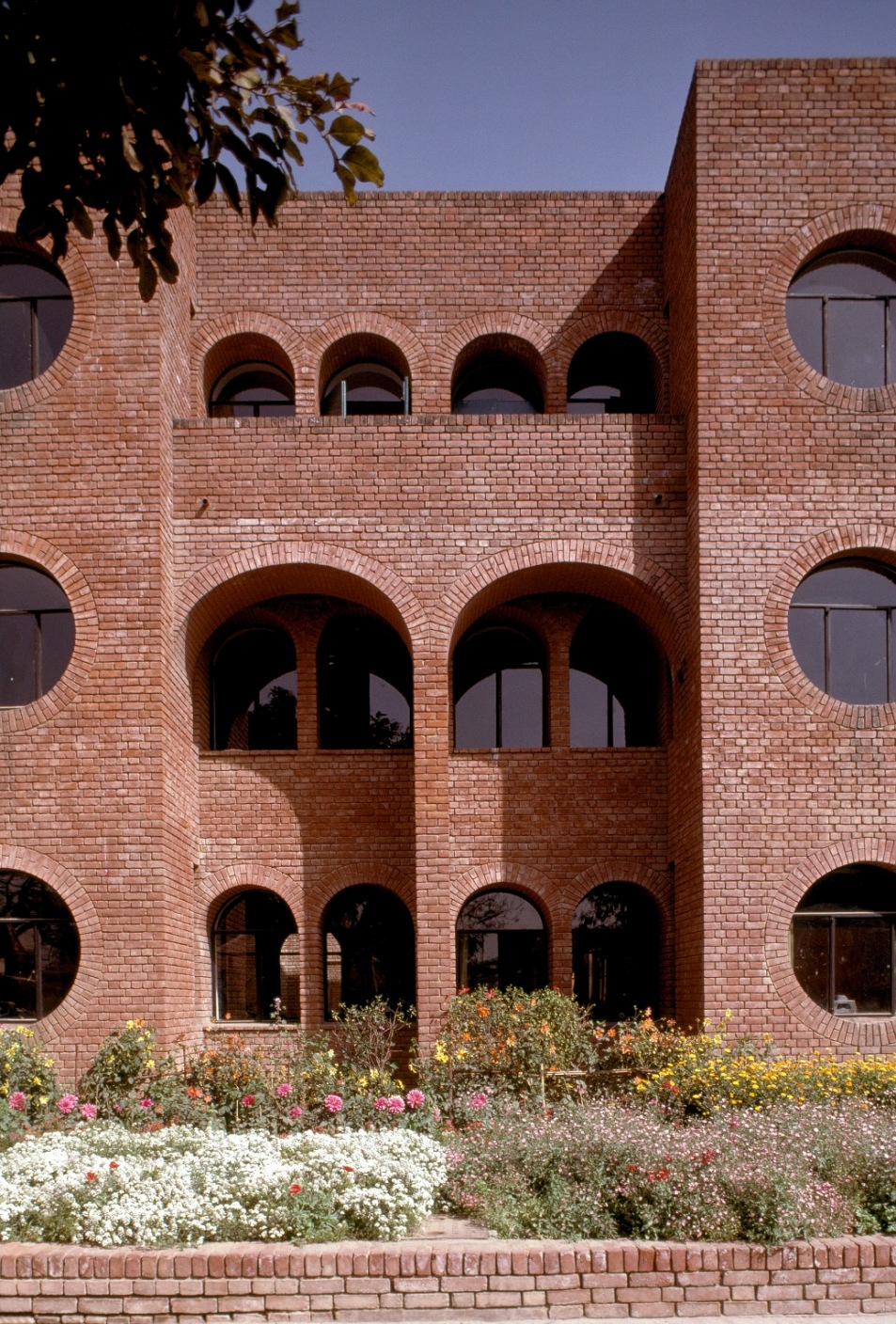 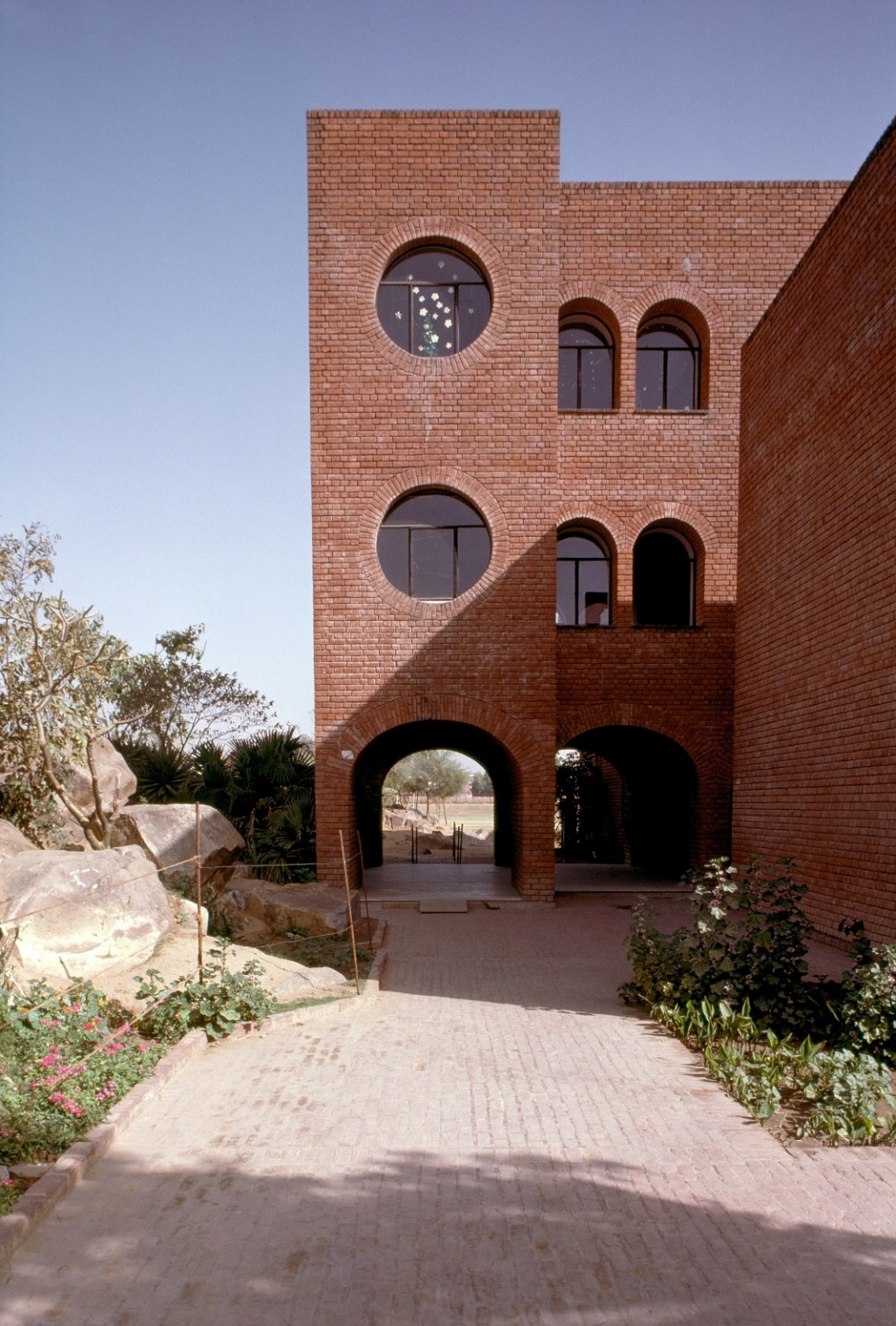 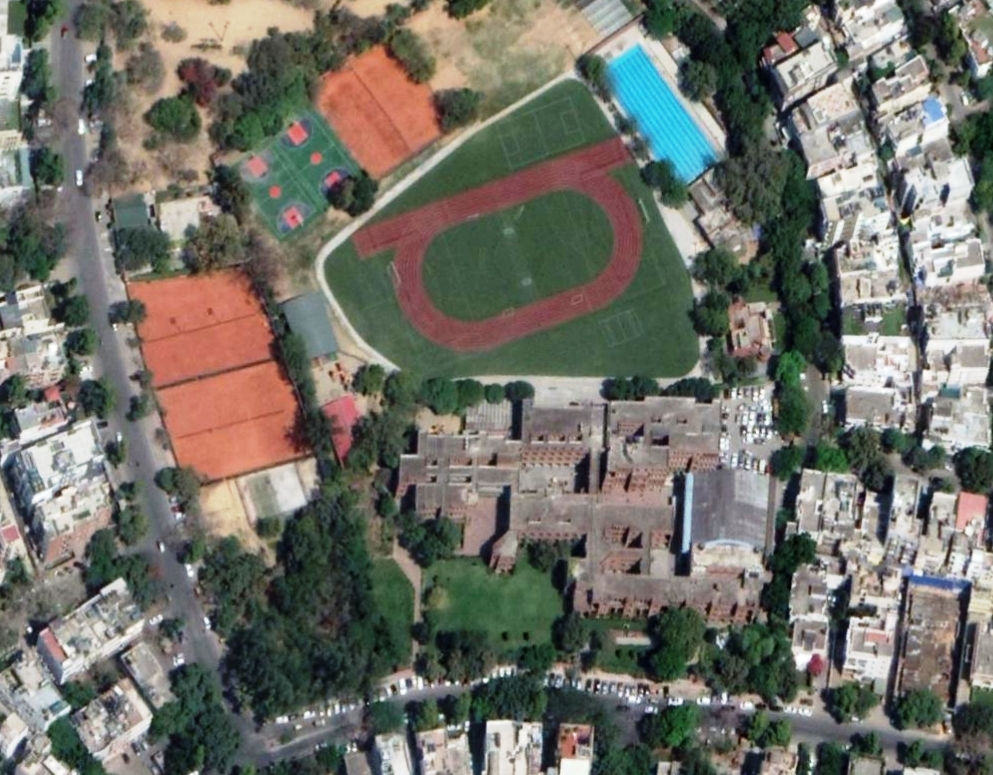 To know the architect Jasbir Sachdev 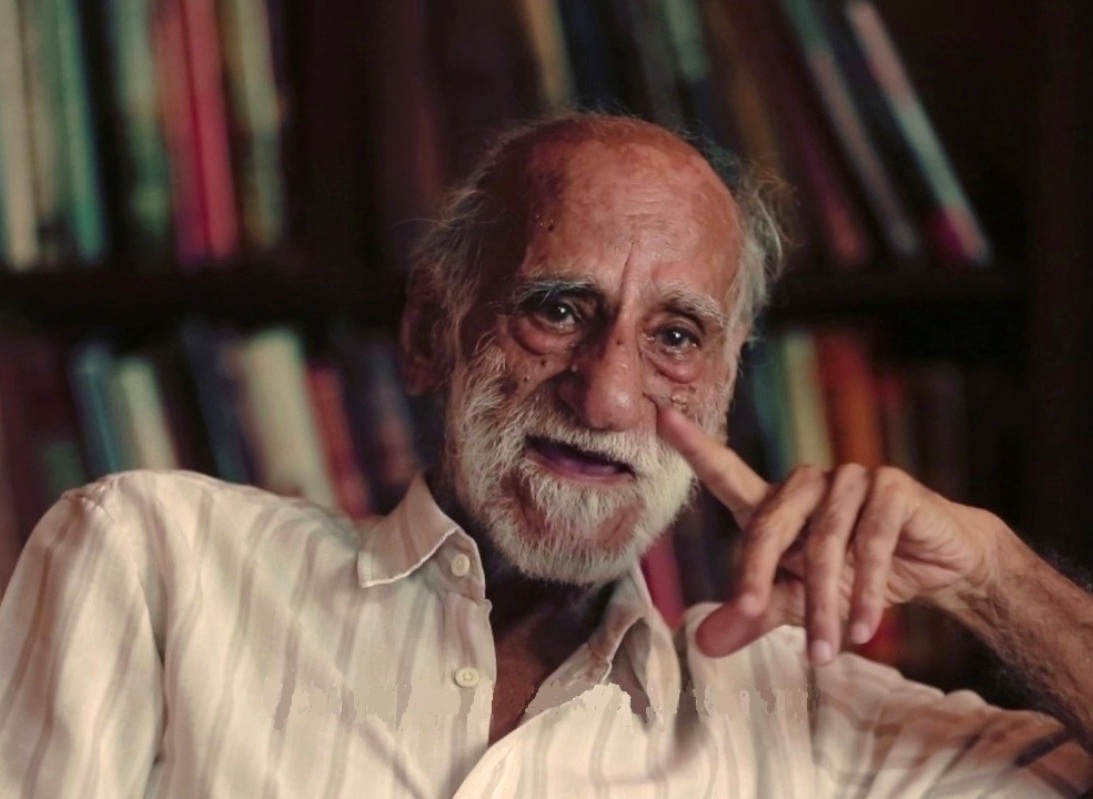 Between 1952 and 1956, he worked with Le Corbusier on Chandigarh and from 1956 to 1960 in London. He returned to India to teach at the School of Planning and Architecture until 1970. Thereafter he established a firm, Sachdev Eggleston Associates with his Australian wife Rosemary Eggleston. Sachdev Eggleston Associates have been involved in a range of projects from urban planning, landscape design and architectural work in housing, commercial and institutional buildings, to interior design and display. The firm has won a number of awards in open and limited competitions.

The author has the privilege to work with him as apprentice in 1977 and till now Jasbir Sachdev is his mentor and guru. Long live the master. 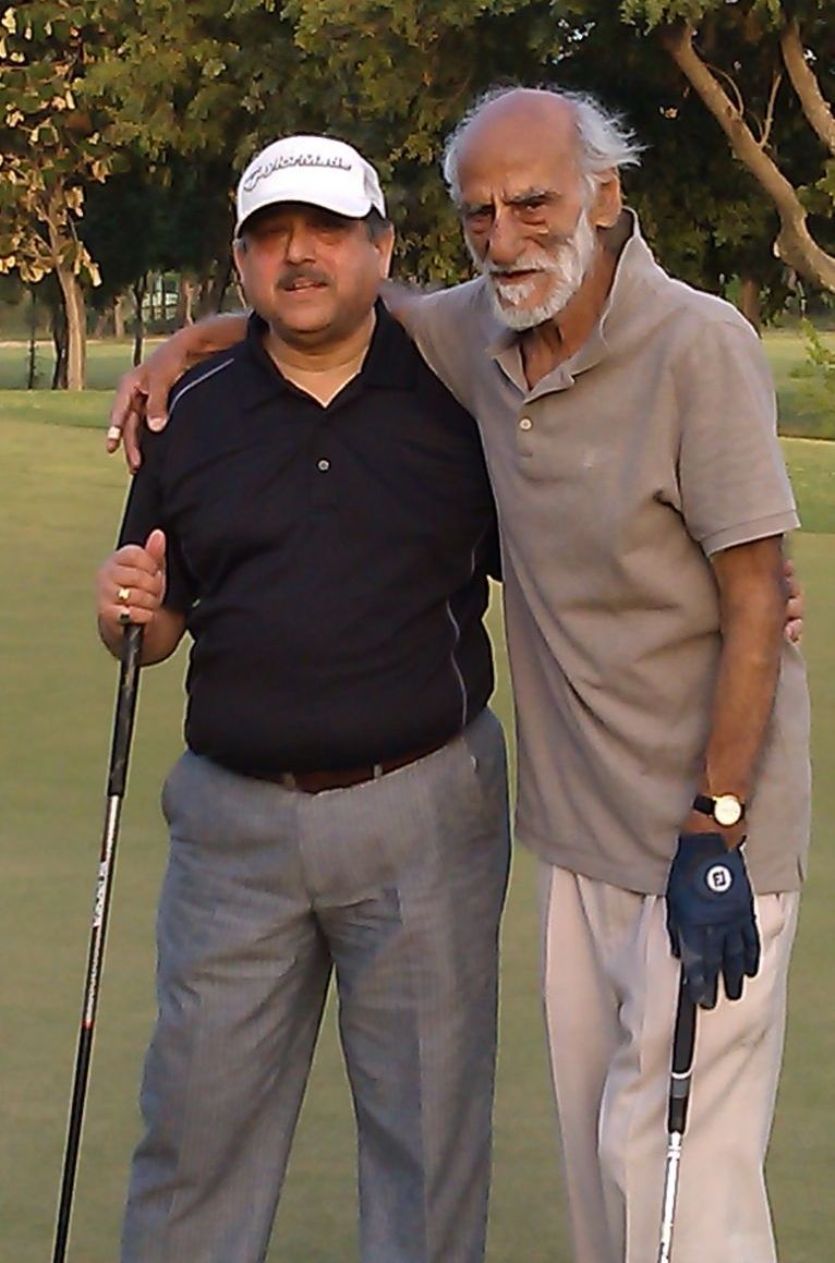 All images courtesy of dome.mit.edu except where mentioned