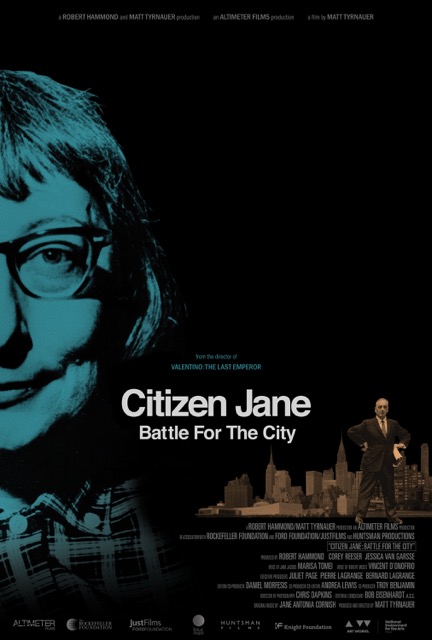 How much do you know about Jane Jacobs, her life or impacts on urban environment? Undoubtedly, Jane Jacobs put a multifaceted efforts and battles to preserve historic neighbourhoods of New York City, affecting the redevelopment plans of ruthless power broker Robert Moses in 1960s. Now, the efforts of legendary writer and urban activist Jane Jacobs will be documented in a new 92-min film in this year's Toronto Film Festival (TIFF).

Jane Jacobs, author of The Death and Life of Great American Cities, helped change the way we look at urban living. Her writing and activism had a direct impact on neighbourhoods in Manhattan and Toronto, and influenced city planners all over the world.

Now, in the centenary of her birth, Citizen Jane focuses on Jacobs' most dramatic battles in the 1960s: when she went up against New York City's most ruthless power broker, Robert Moses. At stake was whether the city's historic neighbourhoods of Greenwich Village, Soho, and Little Italy would stay intact or be split apart by expressways. 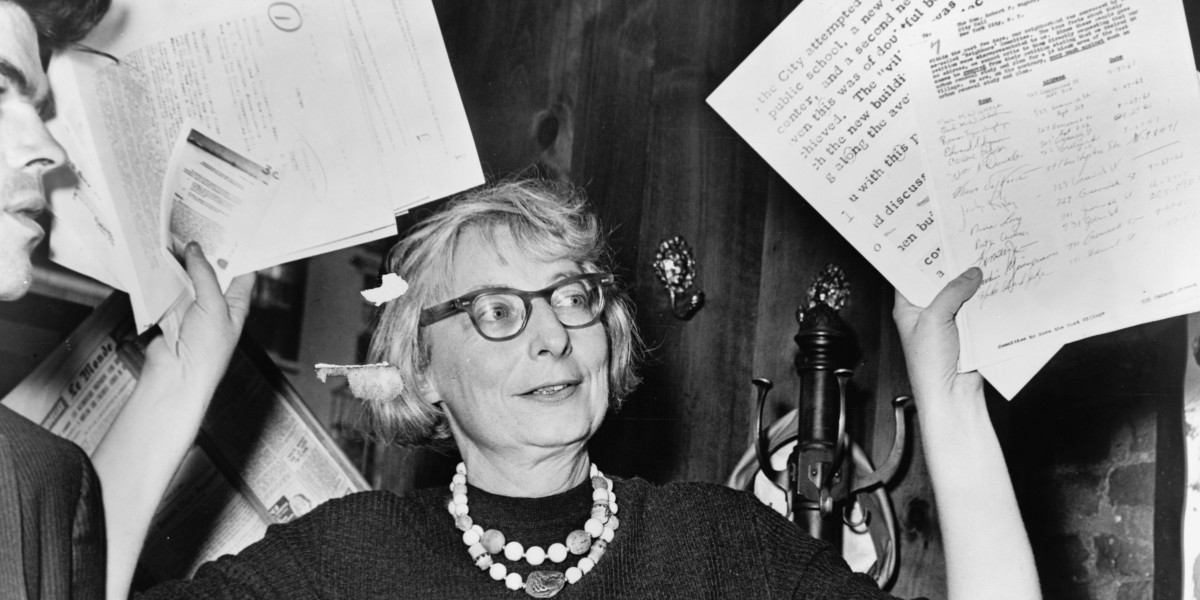 'Citizen Jane: Battle For The City'. Image courtesy of Tiff.

Filmmaker Matt Tyrnauer previously directed Valentino: The Last Emperor and is a contributing writer for Vanity Fair. In Citizen Jane, he takes us into the heyday of magazine journalism, a male-dominated world where Jacobs excelled while raising a family. Despite her lack of a college degree, she immersed herself into the world of urban planning and became an outspoken critic of its leading trends. While developers like Moses focused on automobiles and expressways, Jacobs championed sidewalks and foot traffic.

Moses amassed immense political power in the innocuous-sounding position of New York City Parks Commissioner. By personal fiat, he had levelled neighbourhoods to build the Cross Bronx Expressway and other massive projects.

Tyrnauer chronicles how Jacobs marshaled a movement against Moses in the early 1960s, when he sought to push through the Lower Manhattan Expressway that would demolish blocks and displace thousands. Afterwards, Jacobs moved to Toronto where she joined the effort to stop the Spadina Expressway and lived for almost four decades.

Citizen Jane delivers a timely lesson in the power of the people to push back against bullying developers.

This featured documentary will be screened on September 9, September 10, September 13, September 18 in Reitman Square, Toronto. The 41st Toronto International Film Festival runs from September 8 to 18, 2016.