Exclusive Interview with Peter Zellner on the Free School of Architecture 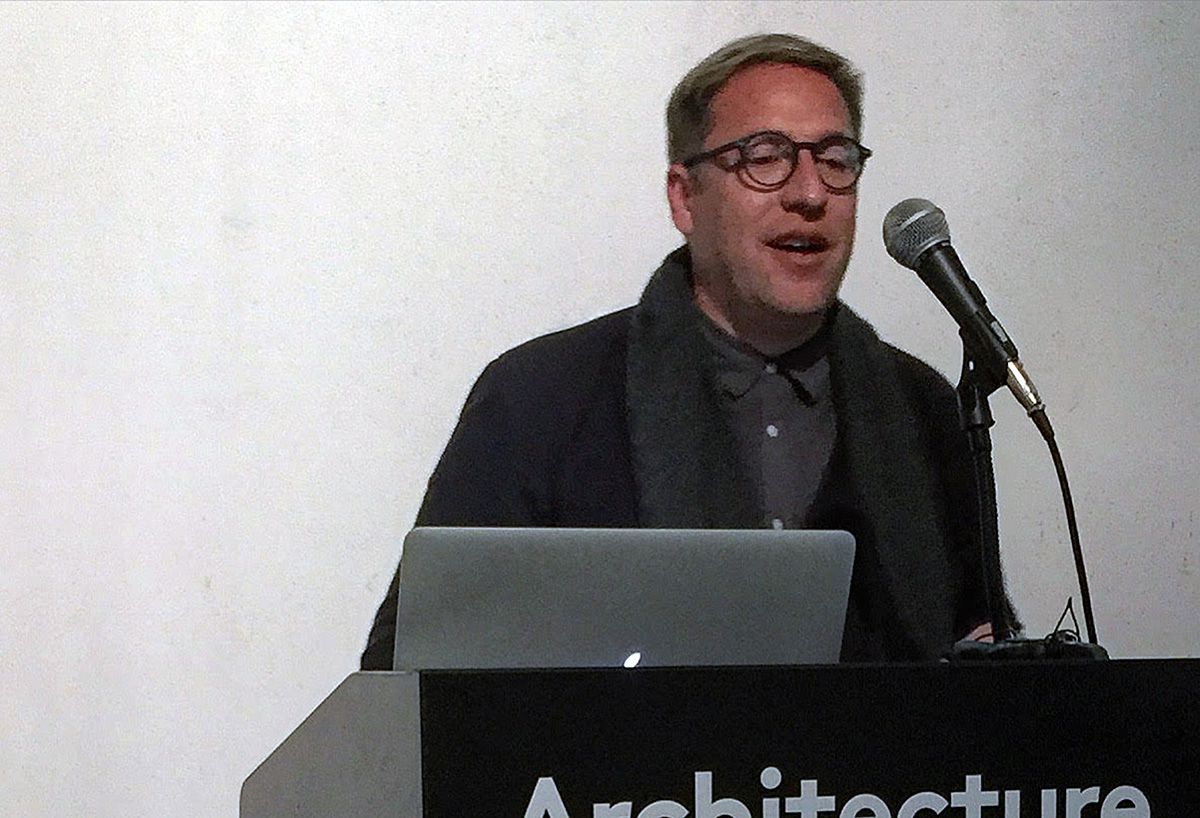 Over the past 10 years, architecture did not restructure itself as a political framework, social engagement, or new modes of architecture practice generated as a counter-view, dissemination of the information, and new strategies of collaborative working, but also all these ramifications of the field touched upon architectural education that shapes some modest -regular forms of practicing in which we are very familiar with.

How will our architecture education be shaped in the near future? How will it adapt itself to the new modes of architectural productions by protecting both 'intellectual ownership' and the 'real politik' of making architecture? Here's a redux of architecture education as a new concrete phenomenon, which is started by Peter Zellner named The Free School of Architecture (FSA)- will be launched in June of 2017 in LA, California. The FSA is a tuition and salary free, and not-for-profit organization.

Architect Peter Zellner, Principal of ZELLNERandCompany, spoke to World Architecture Community, and he thinks that the FSA will be a new laboratory on thinking individually and will force individual growth, by also incorporating in the real politik of making architecture that can survive in the market.

''Architectural education currently places too much emphasis on group learning as opposed to individual growth, teaches technology and techniques rather than how to think independently as an architect, rewards teaching to current styles instead of teaching ideas and history and most worryingly it guarantees too little outside of the academic bubble,'' he said.

The FSA will start with a class of 12 Post-Graduate students and a Faculty of 10 Teachers and it will not be accredited. ''It will operate initially as a “night-school” for recent graduates or currently enrolled graduates. The school will offer post-studio and post-digital education with an emphasis on debate, discussion and discursive thinking. The school will seek 501c3 status and a fiscal sponsor before classes start next year,'' Zellner added. 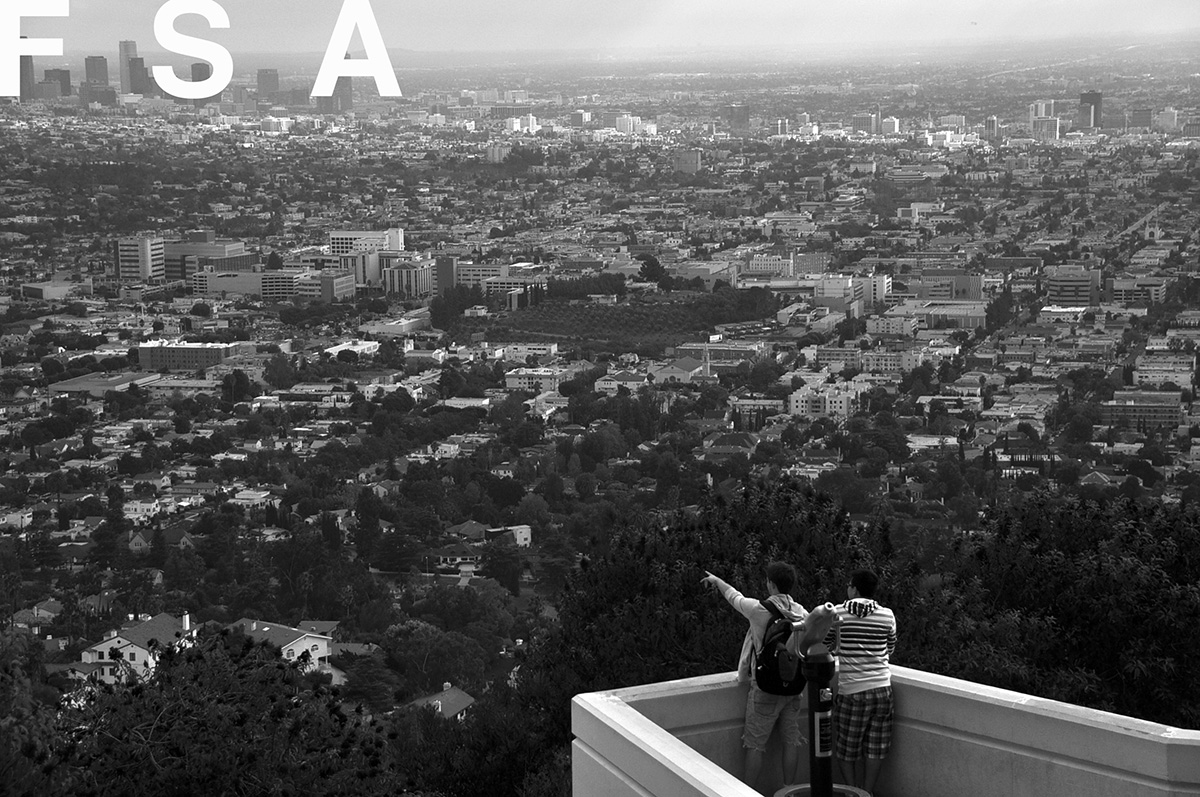 Peter Zellner was a Faculty member at SCI-Arc, the Southern California Institute of Architecture from 1999 to 2016. Between 2008 and 2012 he coordinated the schools postgraduate City Design program.

He has also held visiting professorships at UC Berkeley, the University of Southern California, Florida International University, the Ecole Spéciale d'Architecture in Paris, the Institut für Städtebau und Raumplanung (Institute for Urban Design and Urban Planning) at the Universität Innsbruck, Austria and the Royal Melbourne Institute of Technology in Australia.

Peter is currently a faculty member at the University of Southern California School of Architecture and an Executive Board Member of From Lot to Spot, a green space equity organization.

Read the edited version of the interview with Peter Zellner below:

Berrin Chatzi Chousein: What is your problem with existing architectural education?

Peter Zellner: Simply put, architectural education (at least in North America) is too expensive and in many cases it returns very little for the investment.

The fundamental problem with architectural education today, I would offer, is the tenuous and fragile link that exists between the safety and the luxury of academic culture and the more pressing and tightening bind that young architects find themselves in once in the world.

Architectural education currently places too much emphasis on group learning as opposed to individual growth, teaches technology and techniques rather than how to think independently as an architect, rewards teaching to current styles instead of teaching ideas and history and most worryingly it guarantees too little outside of the academic bubble.

There is very little time in the professional world for ideas and values that exist outside the market and at the same time there is very little patience inside of the academy for the real politik of making architecture that can survive in the market. So the challenges that I see facing architectural education are very serious but the solutions are neither easy nor obvious.

Berrin Chatzi Chousein: Tell us about yourself, what is your area of specialization?

Peter Zellner: I am a primarily designer and a teacher but I have been accused of being not a very good a writer. I have worked in both private practice and in the corporate world and I have taught in both public universities and private schools. I’ve written for both commercial or popular journals and publishers while also crafting more independent or academic books and essays.

I really don’t have a particular area of interest or specialization although I have strangely worked on either small art related projects or large scale urban plans and very little in between. As a thinker I am mostly interested in how the world works and I suppose I would like to make changes in the world through new ideas.

Berrin Chatzi Chousein: Could you please describe the Free School of Architecture (FSA), what kind of a model is this?

Peter Zellner: The Free School of Architecture is a tuition and salary free, not-for-profit organization. It will operate initially as a “night-school” for recent graduates or currently enrolled graduates. The school will offer post-studio and post-digital education with an emphasis on debate, discussion and discursive thinking. The school will seek 501c3 status and a fiscal sponsor before classes start next year.

Berrin Chatzi Chousein: The FSA will launch in 2017 summer I guess, so how is it structured now, how many teachers, students will be and who will be in the organization’s board?

Peter Zellner: Correct, the Free School Of Architecture will launch in June of 2017 with a class of 12 Post-Graduate students and a Faculty of 10 Teachers. The FSA Board of Advisors, which is still in formation, will be made up of thinkers, practioners, teachers, writers, publishers and perhaps even a politician or a developer.

Berrin Chatzi Chousein: You say in one of your statements that the FSA will not be accredited, will not offer a Professional Degree, will not provide course credit, exams or will not produce something - is very concrete. In this sense, can you tell us about the FSA’s course load, the curriculum that you will follow and what will happen after all these conversations, what do you expect them to change in the society or in architectural education?

Peter Zellner: Correct, initially the Free School of Architecture will not be accredited. That may eventually have to change. There will be no certification for any work completed and in fact the idea of making work is not a goal. The idea is to make ideas and therefore FSA students will not be graded nor will they ever produce design or written “products.”

Students, however, may have to make a public presentation or response to their peers and teachers, perhaps in the form of a defense of an idea or even a practice statement related to their academic or professional ambitions.

FSA’s classes will be organized into 5 topical course bundles or packets focused on:

Through a series of public symposia, the Free School of Architecture will also explore new forms of education and pedagogy, disciplinary vs. vocational conversations, the socio-economics of education: specifically diversity, social and community/political outreach and specifically post-digital and/or post-studio education. The results of the first year’s work will be captured by the Free Architecture Press (FAP) which will distribute course materials, lectures and students’ ideas efforts for free.

Berrin Chatzi Chousein: The FSA’s new model is based on a ‘non-tuition and salary fee’ approach, isn’t a situation that contradicts the existing educational policies? How does it play a role in the FSA’s education model?, I mean, will be easy to accept students or trigger student’s participation?

Peter Zellner: All of this is hard to predict. The Free School of Architecture isn’t only meant to reinforce or critique existing educational policies. Its purpose is to allow for original and critical thinking about architecture in an environment free of many traditional constraints.

Berrin Chatzi Chousein: What is the FSA’s application procedure? And what will the organisation’s board pay attention while choosing potential students?

Peter Zellner: Interested students will be asked to write an unmarked 800 word personal essay that will be reviewed by a selection committee composed mainly of members of the FSA Board of Advisors, which is still in formation. Ideally while reviewing applications the Board will focus on essays or personal statements that suggest an original, provocative or independent mindset.

Berrin Chatzi Chousein: We know that tuitions fees, accomodation and student’s life expenses prevent students to enter the most prestigious schools in general. Because of these, we started to see new alternative models in architecture education like the FSA or London School of Architecture founded by Will Hunter-and you know it is a new educational model preparing students for the profession of tomorrow and helps students to create their own financial model while they are student as well. In this context, like the FSA, how do you evaluate these new educational models in our era and how will they contribute to the pragmatic vision of architecture in the profession or in other cross-disciplinary fields?

Peter Zellner: This may seem counterintuitive but I would offer that the direction architectural education will take in the next ten to twenty years won’t come from academic models that were developed before and during the industrial economy. Most of these models are failing and will be obsolete very soon.

The assumption that the architect is ultimately a corporate or white collar industrial worker (drafter, manager, company-representative) is as antique as the idea of production-line assembly. Unfortunately most schools in North America still teach to that model.

New ways of being an architect will come from new models of working and collaborating and many of these will seem either pre or post-industrial. Geographically distributed labor, task automation and the application of artificial intelligence to architectural problems will inevitably enter the profession with both good and difficult results. The task for any school will be to read the impacts these forces will have on the discipline and to redirect them towards advancing architectural and not commercial values.

Berrin Chatzi Chousein: Do you have a specific target on architecture education/profession/academia reframed with FSA?

Peter Zellner: No, not yet. I think that FSA will necessarily need to start with some very broad conversations which will ideally sharpen over time.

Berrin Chatzi Chousein: Can you give us a few names about teachers in the FSA (If they officially approved) and the space/building that you will use?

Peter Zellner: Interested teachers will be also asked to write an unmarked 800 word pedagogical statement that will be also reviewed by the same selection committee. There is no current list to announce but once the selections have been completed an announcement will be made in the New Year.

The Free School of Architecture will not have a home for the first year or two. It will operate itinerantly and may have several homes. It only needs about 15 chairs, a whiteboard and a projector to operate.