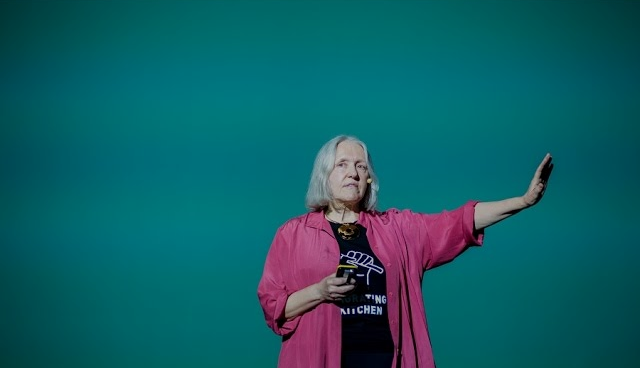 reSITE 2016 has announced its Exclusive Videos regarding this years theme 'Cities in Migration', which held at the Forum Karlin in Prague on June 16-17, 2016. The reSITE a la carte youtube channel introduces exclusive interview content from some of the most innovative thought leaders in the world and delegates' inspiring lectures.

The reSITE a la carte youtube channel is the go-to source for the best lectures and small talks on 21st century urban thinking. reSITE 2016: Cities in Migration hosted many prominent names from all around, architects, experts, urbanists, city leaders and many more discussed healthy urbanism and migration within a social, political, economical, cultural and sustainable discourse.

Professor Saskia Sassen, sociologist at Columbia University, and Michael Kimmelman, the Architecture Critic for The New York Times, Mimi Hoang, co-founder and director of nArchitects, a huge number of speakers from Germany and landscape architect, Martin Rein-Cano from Topotek 1, Berlin, city planner of Munich and the co-founders of the initiative ''Refugees Welcome'' were only a few of them.

We will be announcing new videos when they are online, watch the first line-up below:

reSITE 2016 started with Bartin Barry's, founder and director of reSITE, opening address asking that ''Where are you from?''

Martin Barry is on the stage-asking ''How can we improve the urban development environment to find win-win solutions across the public, private and civic sectors?''

Saskia Sassen is on the stage, ''A huge development project with high-densities is not yet a city.''

Discussion Saskia Sassen: "There is some hard work to be done."

Saskia Sassen: "Here is the image that it produces for the reader who is just enjoying the notion of all these expats. There are people from India, China, Prague, New York, etc., all these differences come together. That is a geography that cuts across North-South divides, that cuts across East-West divides, there is enormous fluidity. I think, there are all being flattened into a sort of a corporate subject, I know not all of them, but many of them are. It is a very particular class of people I think. It doesn’t matter where they come from.”

“It is a mistake to put a burden of problems to migrants. There are no easy solutions, there is some hard work to be done.”

What is Inclusive Design? Discussion

"Why is there always a need for a crisis situation to see how fruitful and wonderful refugee immigration can be,'' says Charlot Schans, Pakhuis de Zwijger, Amsterdam.

How Small Should a Livable Apartment Be? Mimi Hoang at reSITE 2016

How We Moved a City. Kiruna Story by Krister Lindstedt, reSITE 2016

"To move a city physically and spiritually, we decided to talk to people,'' said Krister Lindstedt, White Architects, Stockholm, Kiruna

Discover weekly exclusives on reSITE 2016's Youtube channel and more videos will be released during the upcoming weeks - stay tuned to find your expected speaker online. reSITE 2017 will be held on June 22-23, 2017 in Praque next year.