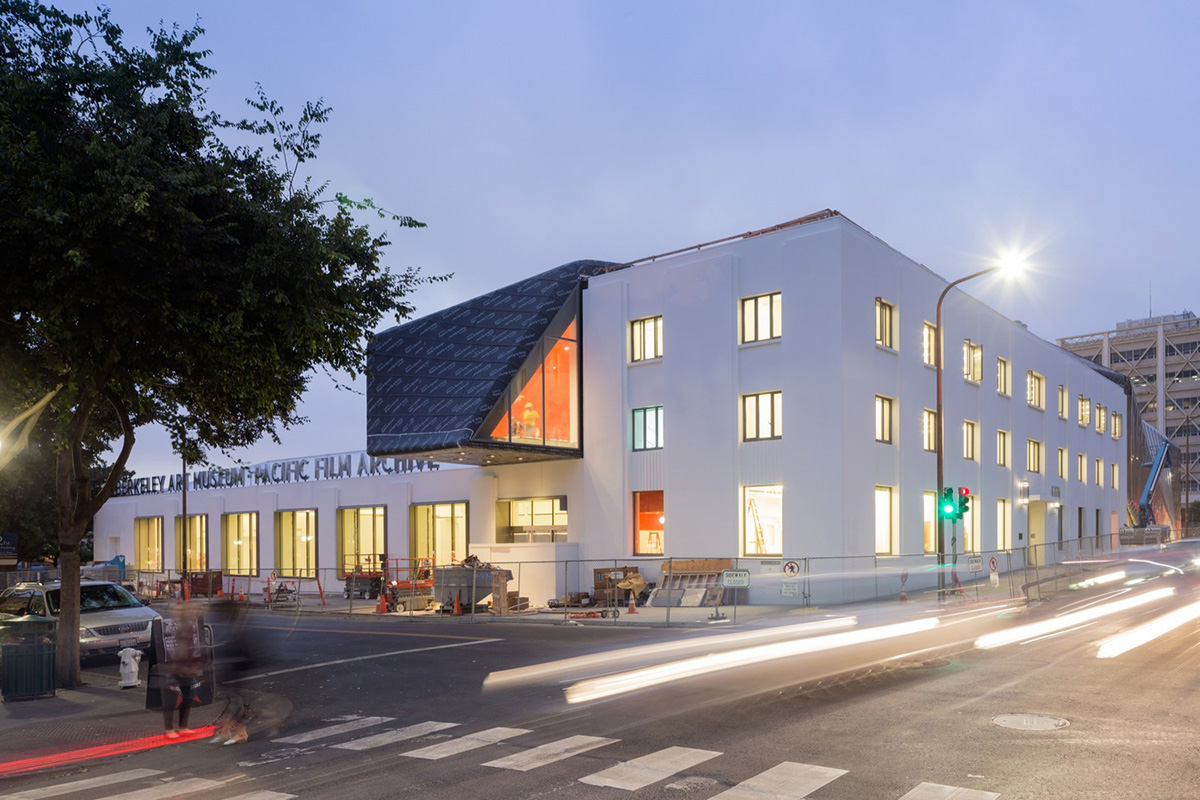 UC Berkeley Art Museum and Pacific Film Archive Announces Inaugural Film Exhibitions. The University of California, Berkeley Art Museum and Pacific Film Archive (BAMPFA) is renowned internationally as one of the best venues for experiencing historical and contemporary world cinema. When BAMPFA opens its new downtown Berkeley building designed by Diller, Scofidio + Renfro to the public on January 31, 2016, filmgoers will be treated to more of the stellar film programming they’ve come to expect, as well as vastly improved facilities for experiencing and studying the moving image. 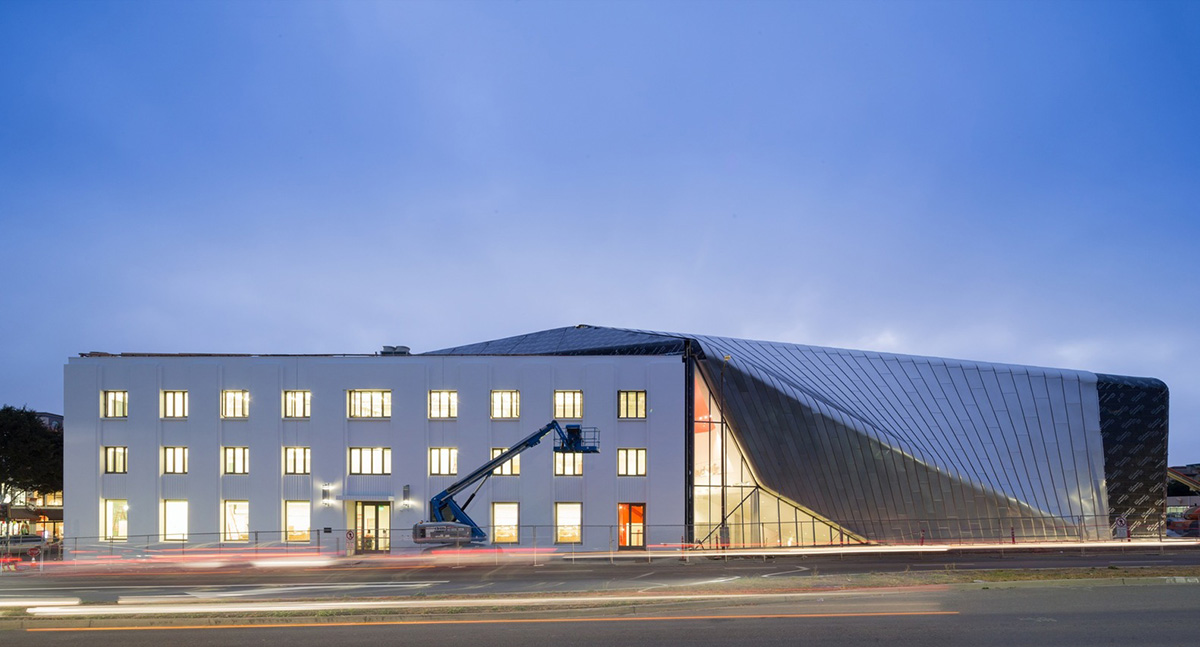 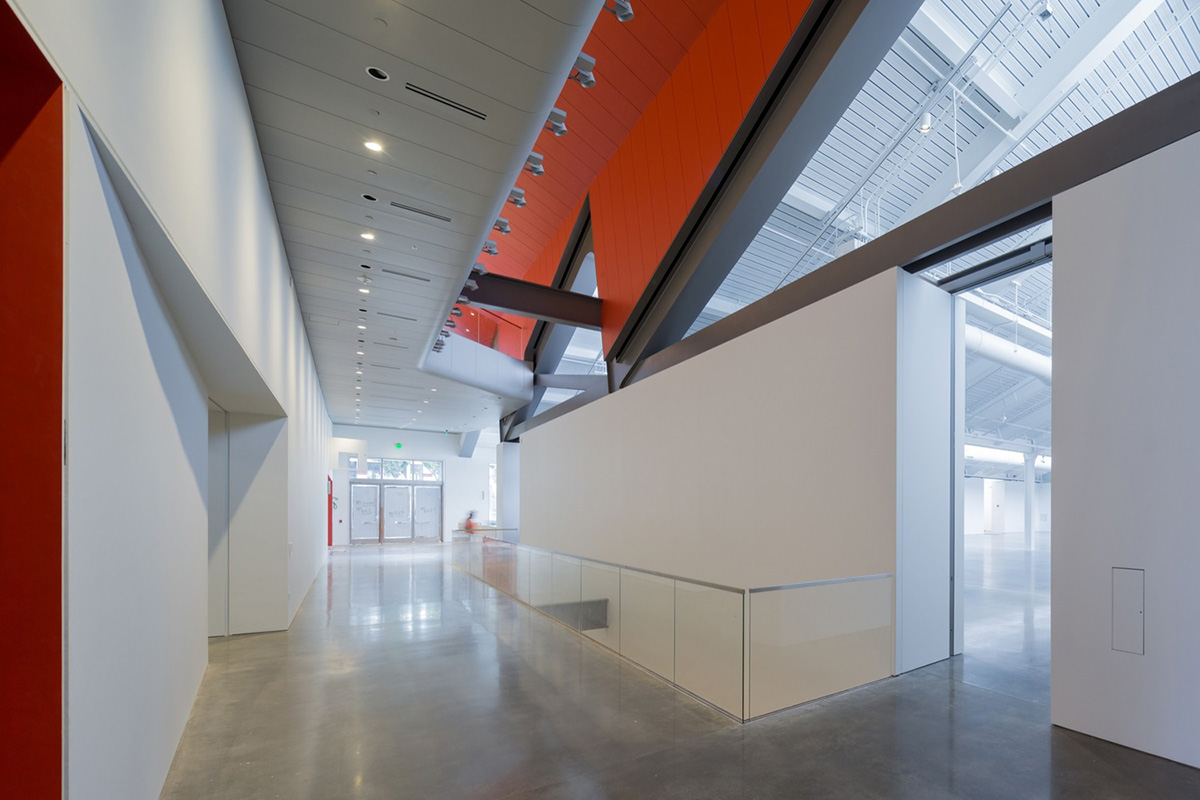 “The balance between art and film is one of the things that makes BAMPFA unique among museums,” says BAMPFA Director Lawrence Rinder. “Our commitment to presenting the best quality works will be matched in the new building with the ability to screen films in the best possible setting.” 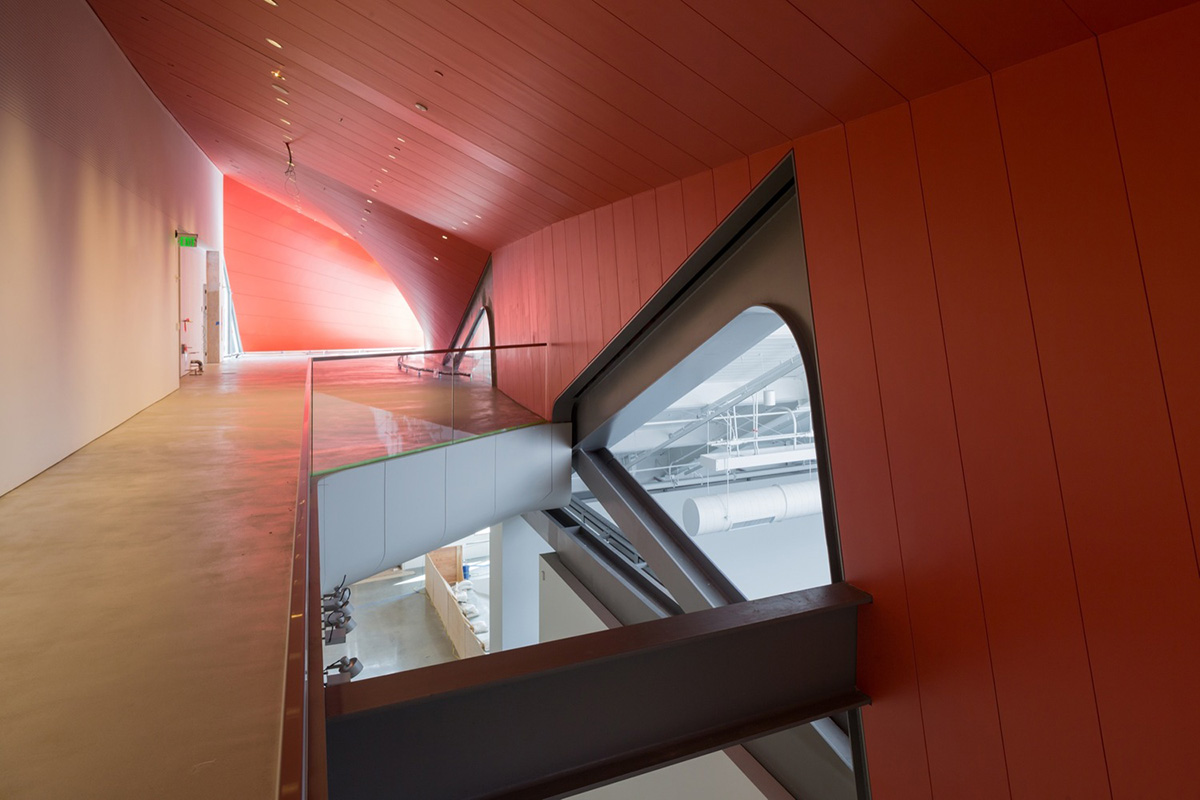 The richness and depth of BAMPFA’s film programs will continue to honor the art of cinema from around the world, from the silent era to contemporary works. Extending over the course of a year, Cinema Mon Amour brings local celebrities and artists, as well as internationally acclaimed filmmakers, to BAMPFA to share their love of cinema. Launching the series is a week of special presentations by individuals who have been important to the institution. The opening night on February 3, 2016, features Barbro Osher, the Honorary Consul General of Sweden in California, after whom the new theater is named. She has chosen to screen Ingmar Bergman’s The Seventh Seal (1957). Marking this important milestone, BAMPFA has invited each of the past directors of the Pacific Film Archive to present a program they find inspirational. The former directors include Sheldon Renan, the founding director, as well as Tom Luddy, Lynda Myles, and Edith Kramer. Canadian filmmaker and cinephile Guy Maddin (My Winnipeg, The Forbidden Room, The Saddest Music In the World) will visit on February 12–14 and participate in Cinema Mon Amour, presenting four of his films alongside films he loves by other directors. 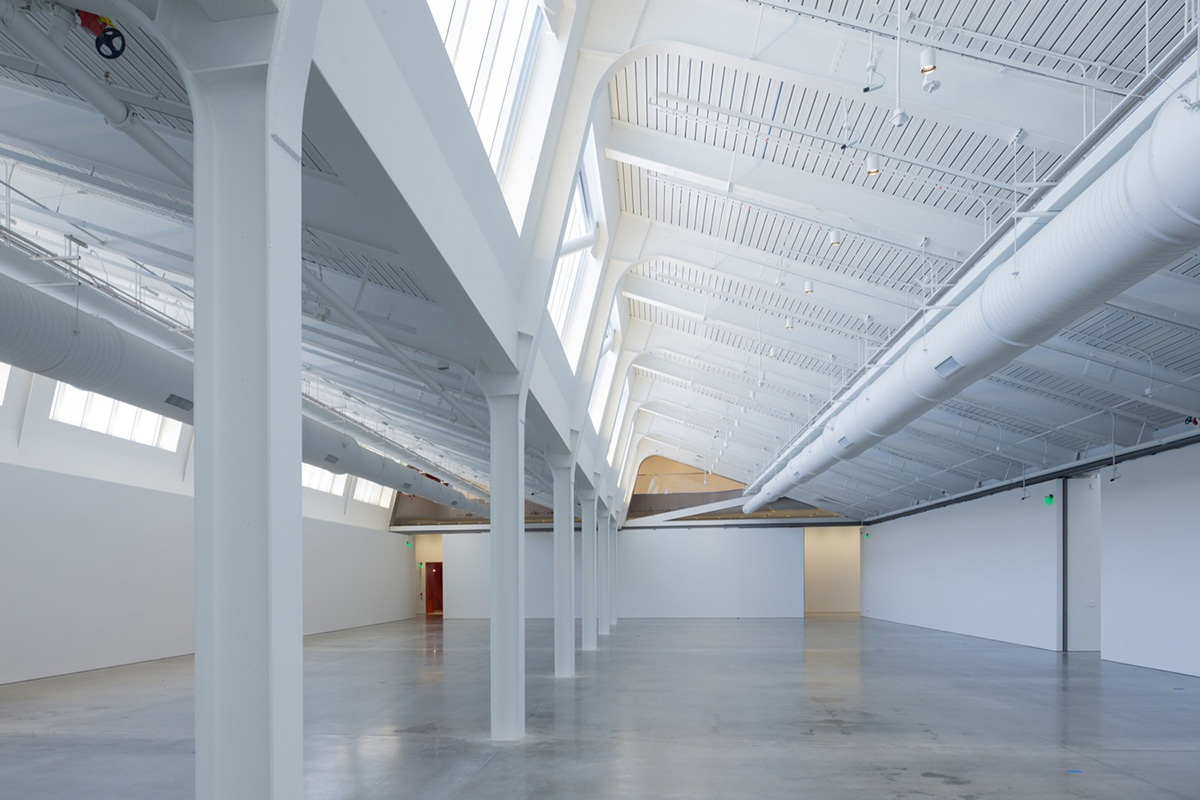 “We are so excited to open the new BAMPFA,” remarks BAMPFA Senior Film Curator Susan Oxtoby. “The new building is the perfect platform for our film programs, which are so distinctive and varied. We have a reputation for curatorial strength that is built on presenting the broadest possible cross-section of the history of cinema, often showcasing directorial retrospectives in a comprehensive manner or screening rare archival rediscoveries. Each year, we feature many guests, from up-and-coming filmmakers to the most highly regarded directors and film authorities of our day. Our audience is a wonderful mix of university students and Bay Area filmgoers, who appreciate the integrity of our programming that often taps the intellectual talent of the UC Berkeley campus. We look forward to opening the doors of the new BAMPFA and welcoming audiences to our new digs, where the experience of viewing films will be quite extraordinary.” 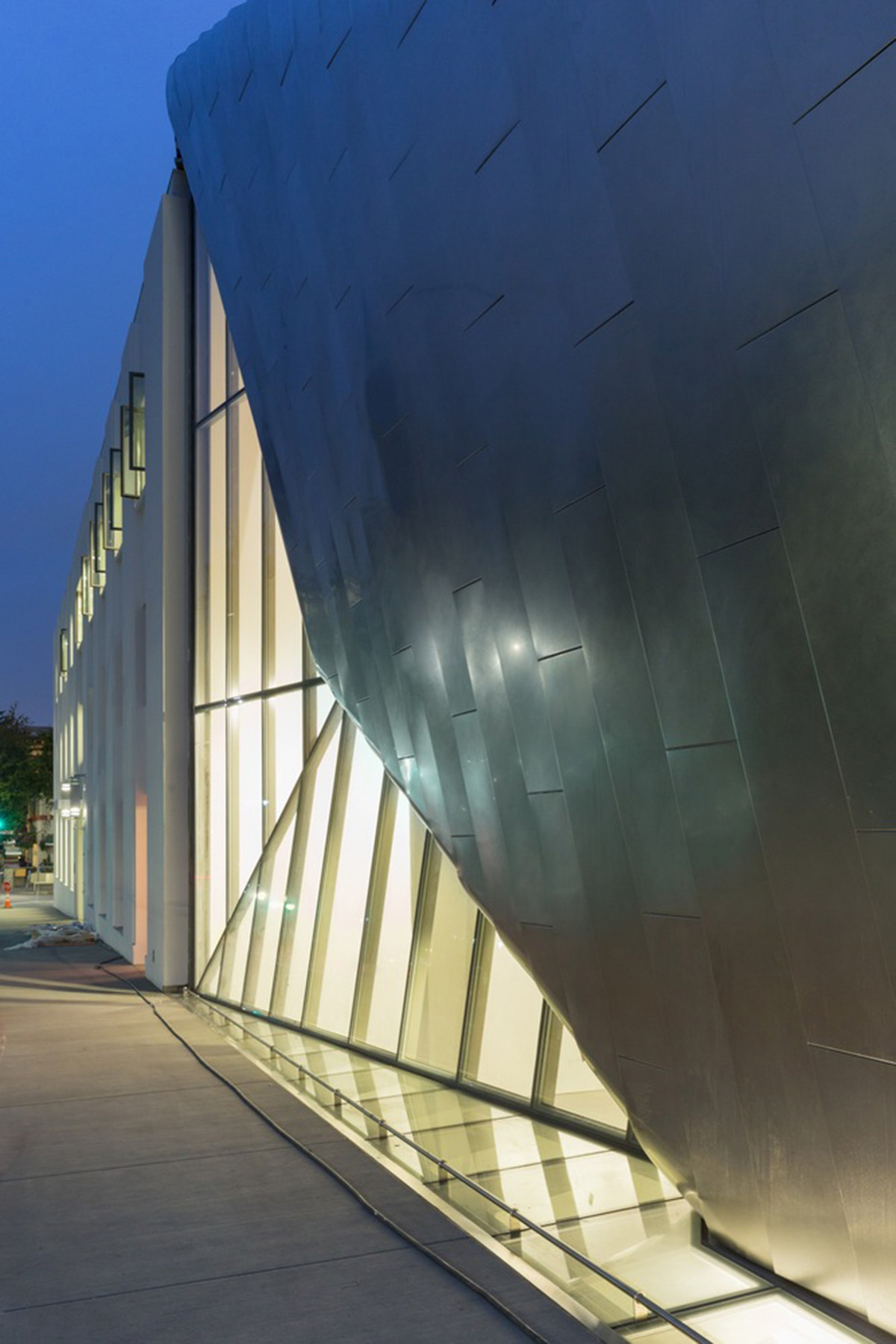 Historical and Contemporary Film Programming from All Over the Globe

Between February and April 2016, BAMPFA will present retrospectives devoted to the films of French director, screenwriter, and actor Maurice Pialat; a rare focus on the work of the late Brazilian filmmaker Eduardo Coutinho; contemporary Turkish filmmaker Nuri Bilge Ceylan, who most recently won the Palme d'Or at the Cannes film festival for Winter Sleep (2014); and the legendary French filmmaker, theorist, literary critic, and novelist Jean Epstein. BAMPFA will offer two six-week lecture/screening series: In Focus: The Role of Film Archives and In Focus: Japanese Film Classics, each series featuring lectures by leading film authorities. Other series planned for the first season include the annual African Film Festival; Documentary Voices, which highlights notable recent and historical documentaries; and Committed Cinema, which will shine the spotlight on Bay Area documentarian Charles Ferguson (Inside Job, No End In Sight), who will be present at each screening. BAMPFA is also pleased to welcome Isaac Julien, one of the leading artists of British, black British, and black queer independent cinema, who will be the UC Regents’ Lecturer in 2016. 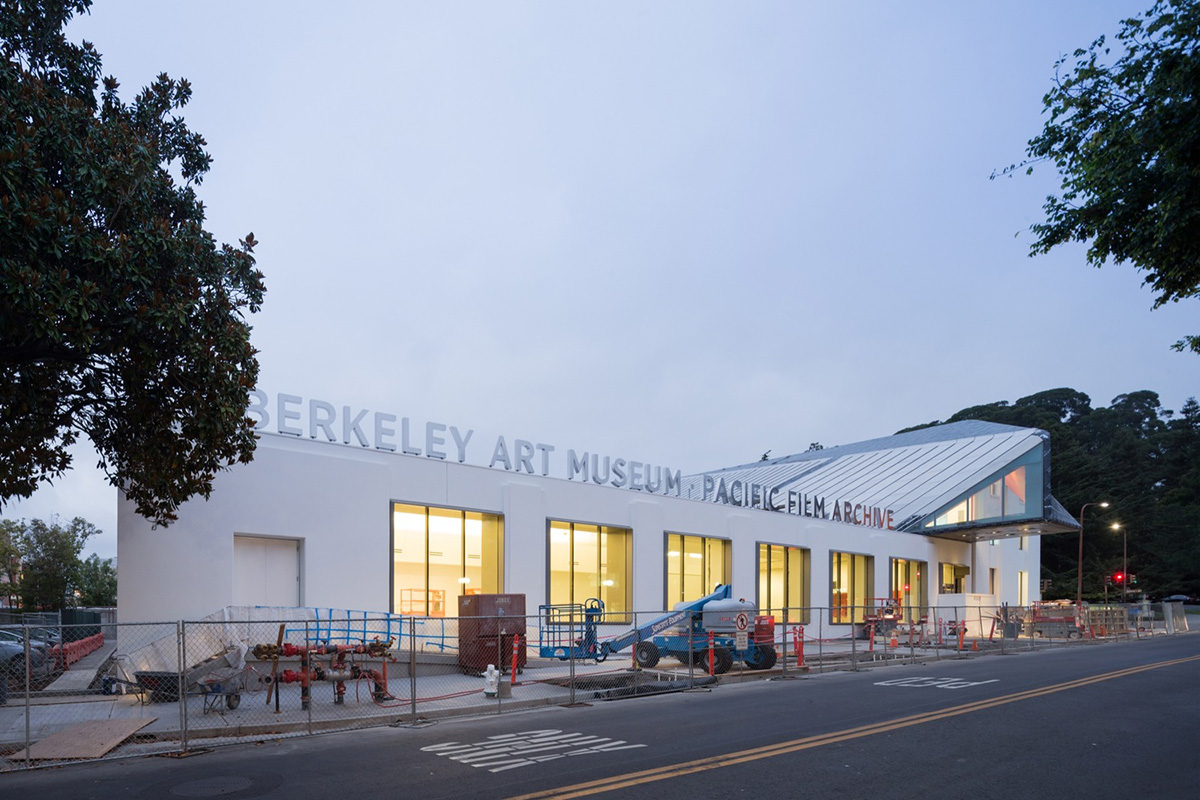 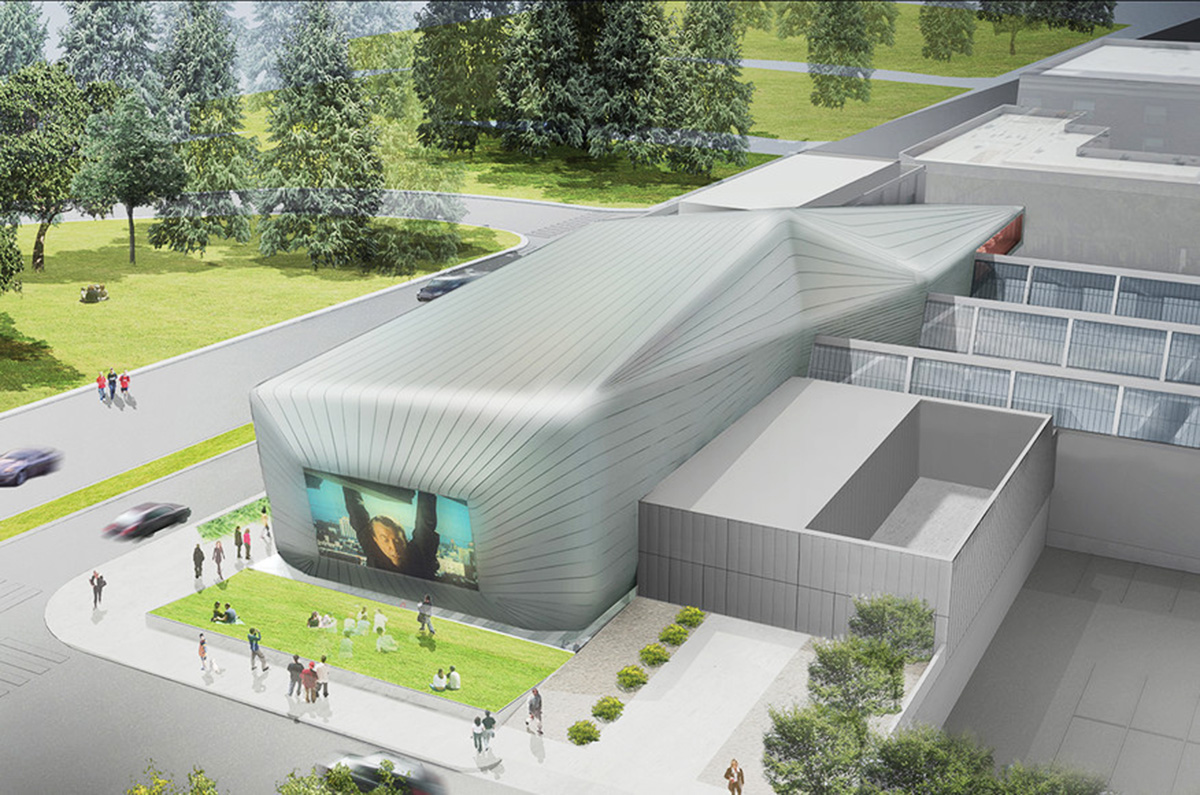 For the first time in sixteen years, BAMPFA film screenings will take place under the same roof as the institution’s art galleries. The Barbro Osher Theater is suited to BAMPFA’s specialized needs for the presentation of a wide range of exhibition formats, from 35mm archival prints to 4K digital projection. Meyer Sound, a Berkeley-based leader in audio technology, has designed and outfitted the theater’s sound system, ensuring ideal acoustics for cinema. A stage will accommodate live musical accompaniment for silent film presentations, as well as lectures, panel discussions, and on-stage interviews that the BAMPFA is noted for. The theater’s 232-seat capacity is perfect for the institution’s film program—accommodating larger audiences, yet still intimate enough for its many guest presentations and post-screening discussions offered each year. 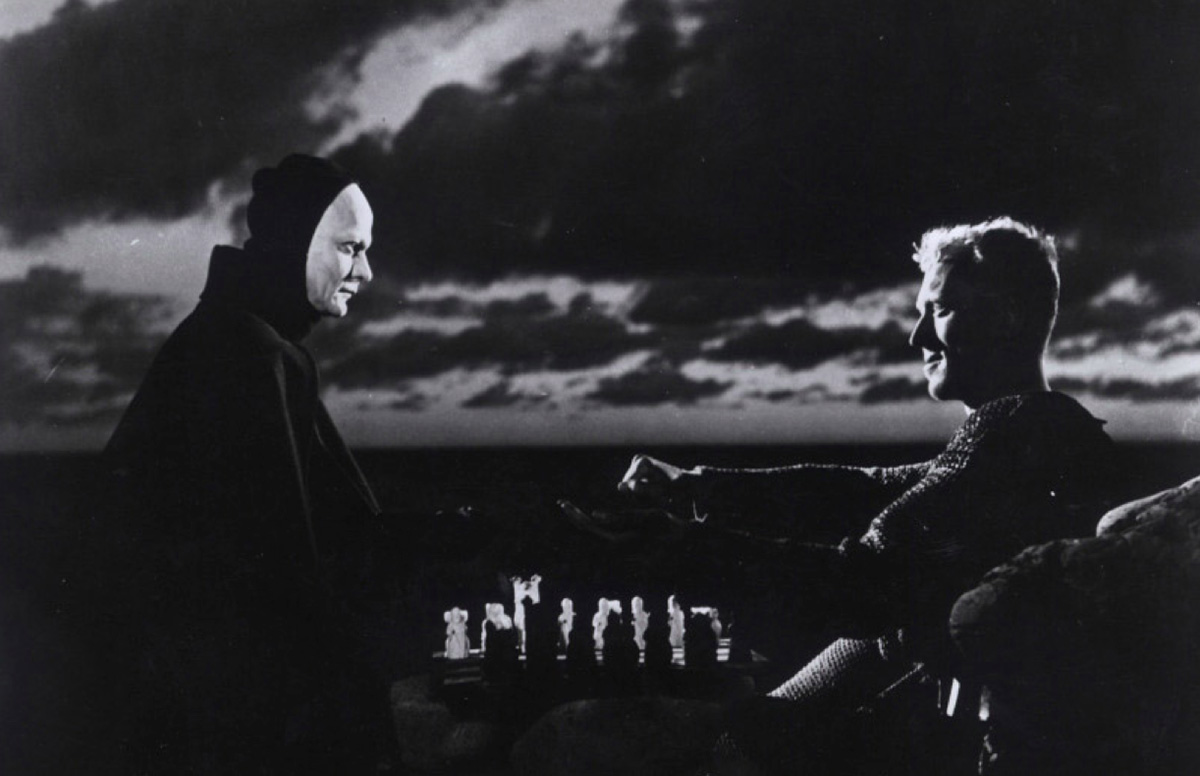 Ingmar Bergman’s The Seventh Seal (1957) will be the first film screened at BAMPFA’s Barbro Osher Theater, on February 3, 2016. image courtesy of BAMPFA.

A smaller 33-seat theater is nestled between several of BAMPFA’s lower-level galleries, and will give curators the ability to integrate film with gallery exhibitions and programs. For instance, the inaugural exhibition, Architecture of Life, will feature a presentation of several short films on a rotating loop in the small theater during gallery hours. The exhibition explores ways that architecture—as concept, metaphor, and practice—illuminates various aspects of life experience, and will include short films by Kenneth Anger, Bruce Baillie, Yuri Ancarani, Kimsooja, and Brent Green, among others. The Barbro Osher Theater and the small theater are the first theaters in BAMPFA’s history that have been purpose-built specifically for the presentation of cinema.

BAMPFA’s Film Library and Study Center, one of the premier film reference services in the United States, is located on the lower level of the building. The library, which had been a somewhat hidden feature of BAMPFA’s previous building, is enclosed by glass and visible both from the atrium and Oxford Street sidewalk above. The library will continue to provide film scholars and the general public access to its considerable holdings of film-related materials, which includes more than 9,000 books, 150 journal titles, 10,000 posters, and 55,000 film stills, as well as countless screenplays, film festival programs, and distributors’ catalogs. In addition, two viewing rooms offer researchers the ability to watch many films from BAMPFA’s collection by scheduled appointment and for a fee, and a pair of viewing carrels are available for drop-in access to digitized media during library hours (1–5 p.m. Wednesday–Friday).