The Museum of Modern Art (MoMA) announced its new exhibition called "Frank Lloyd Wright at 150: Unpacking the Archive", a major exhibition on Frank Lloyd Wright that critically engages his multifaceted practice will be on view from June 12 to October 1, 2017. Wright was one of the most prolific and renowned architects of the 20th century, a radical designer and intellectual who embraced new technologies and materials, pioneered do-it-yourself construction systems as well as avant-garde experimentation, and advanced original theories with regards to nature, urban planning, and social politics.

Marking the 150th anniversary of the American architect’s birth on June 8, 1867, the exhibition will comprise approximately 450 works made from the 1890s through the 1950s, including architectural drawings, models, building fragments, films, television broadcasts, print media, furniture, tableware, textiles, paintings, photographs, and scrapbooks, along with a number of works that have rarely or never been publicly exhibited. 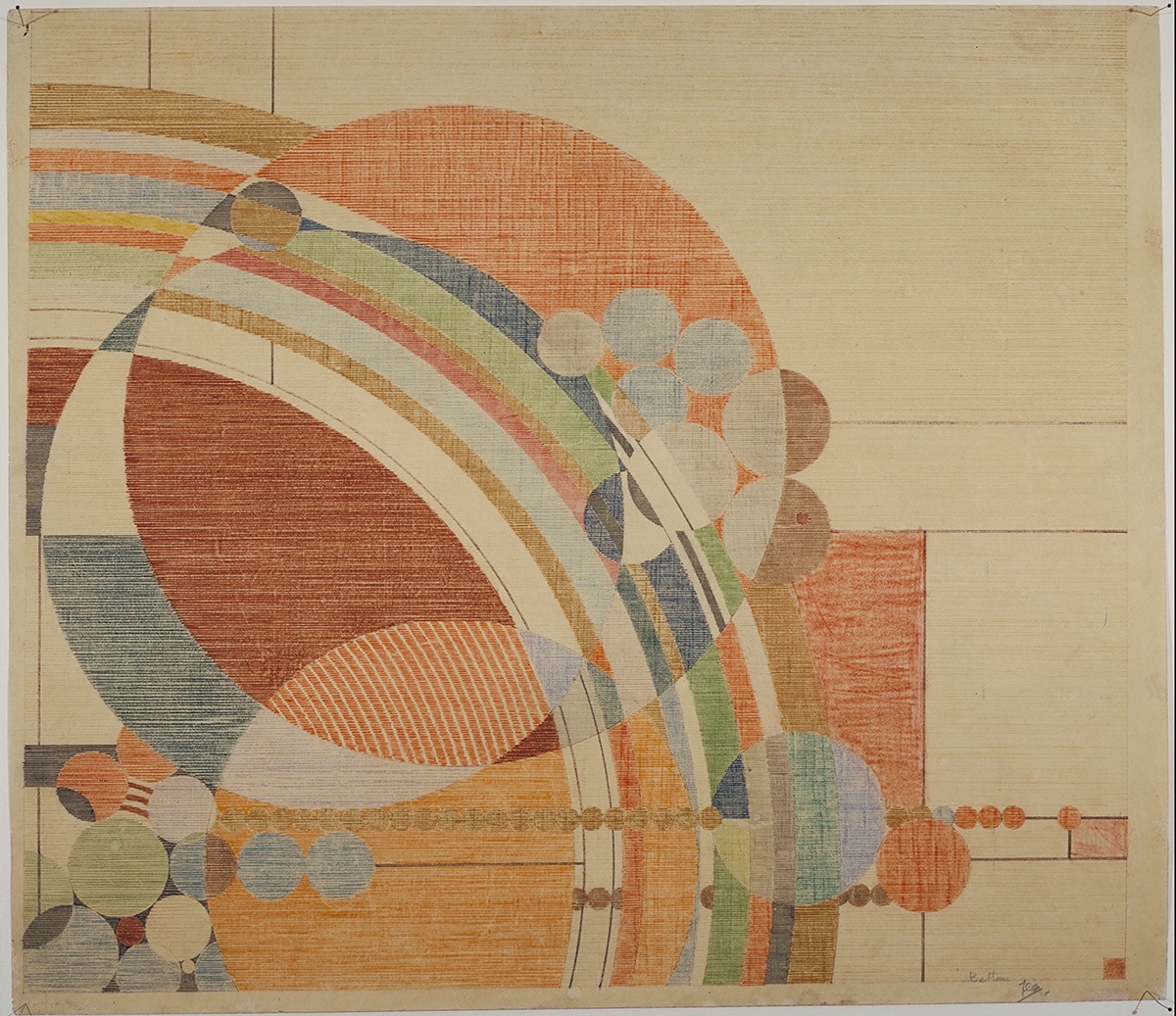 Structured as an anthology rather than a comprehensive, monographic presentation of Wright’s work, the exhibition is divided into 12 sections, each of which investigates a key object or cluster of objects from the Frank Lloyd Wright Archive, interpreting and contextualizing it, as well as juxtaposing it with other works from the Archive, from MoMA, or from outside collections.

The exhibition seeks to open up Wright’s work to critical inquiry and debate, and to introduce experts and general audiences alike to new angles and interpretations of this extraordinary architect. Frank Lloyd Wright at 150: Unpacking the Archive is organized by MoMA in collaboration with the Avery Architectural & Fine Arts Library, Columbia University, New York, and organized by Barry Bergdoll, Curator, Department of Architecture and Design, MoMA.

The transfer of the Frank Lloyd Wright Archive in 2012 to MoMA and to Avery Architectural & Fine Arts Library at Columbia University presented an unprecedented occasion to reveal the extent to which the Archive still has new perspectives, themes, and connections to offer on Wright’s work and legacy. Often construed as a regional architect, Wright in fact moved among international networks, traveling extensively in Europe, the Soviet Union, Japan, and South America. He designed over 1000 projects throughout the United States and the world, including countries such as Japan and Iraq.

His design practice encompassed all scales and building types, from light fixtures, rug patterns, and furniture, to residences, museums, and skyscrapers, as well as landscape designs, and community and regional plans. This is in addition to the hundreds of articles and numerous books that he published during his lifetime. Wright also established an architectural school that functioned as a laboratory of innovative design, progressive educational practices, and collective living. 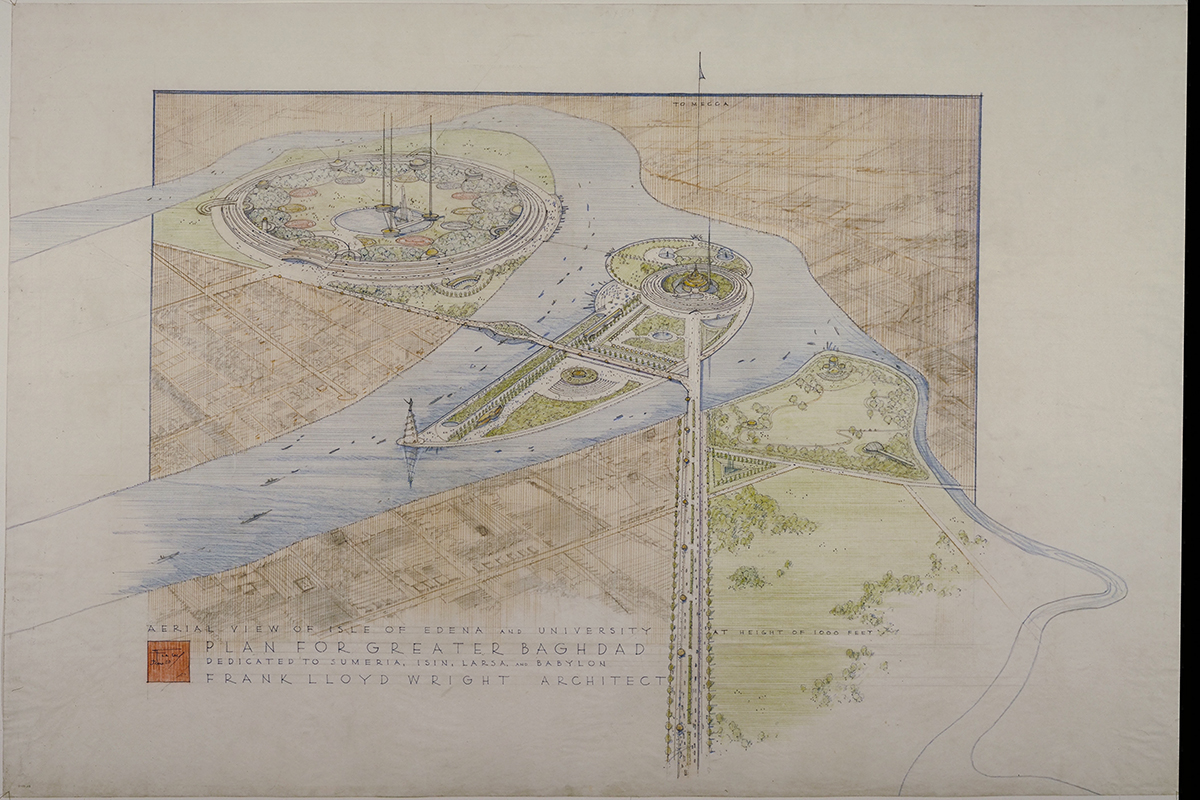 His politics and architectural philosophies challenged existing social and economic structures, even as he pioneered radical engineering solutions and prefabricated construction systems that challenged the building industry.

Frank Lloyd Wright at 150 is organized around a central chronological spine highlighting the major events in Wright’s life and career, which will be illustrated with some of his finest drawings and include key works such as Unity Temple (1905–08), the Robie House (1908–10), Fallingwater (1934–37), the Johnson Wax Administration Building (1936–39), and Beth Sholom Synagogue (1953–59). Unfolding from this orienting spine are 12 subsections, covering themes both familiar and little explored, that highlight for visitors the process of discovery undertaken by invited scholars, historians, architects, and art conservators. 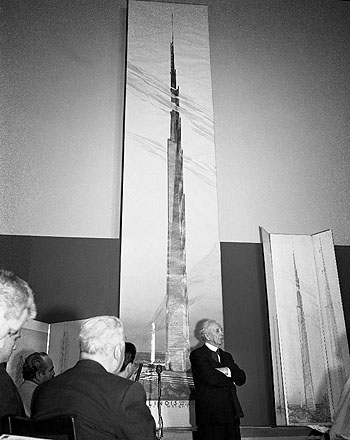 These include Wright’s proposed design for a Rosenwald School for African American children, as well as his engagement with the imagery and form of Native American design in his quest for an original American architecture of the future. A section exploring Wright’s design for a model farm—preserved in a rarely seen model from the archive—is juxtaposed with a section that explores his lifelong interest in projecting an urbanism appropriate to an era of new technologies of transportation and communication.

Wright’s ongoing preoccupation with ornament is the subject of another section, together with sections that investigate Wright’s understanding of the relationships between nature, landscape, and architecture at the scale of the individual organism, the garden, and the community, and his fascination with circular geometries that likewise range in scale from ornamental forms, to the building, to site planning. Wright was not only a builder for others, but a master of self-construction. 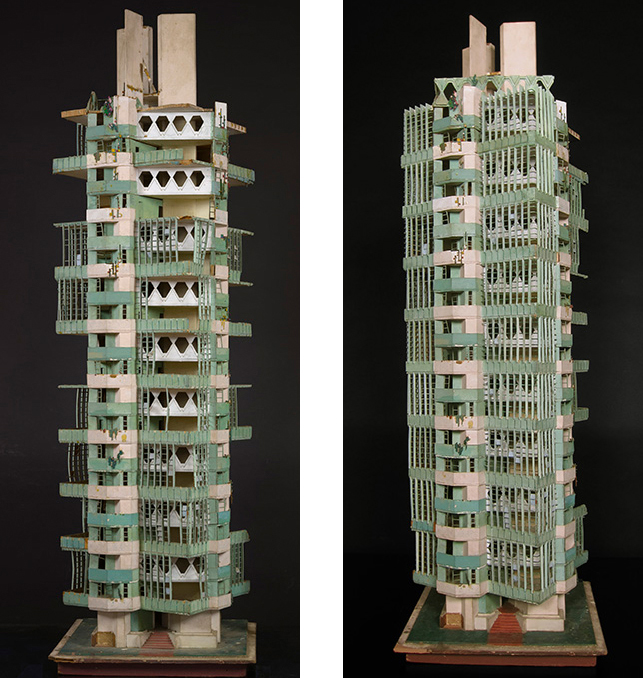 To this end, a section centered on Wright’s attempt to democratize his vision through DIY building systems dialogues with another that argues Frank Lloyd Wright was one the first celebrity architects, a savvy manipulator of mass media such as television, radio, and magazines, who used these outlets to advance his ambitions. His celebrity status is illustrated through print media, including the Time magazine election of Wright as Man of the Year, and television broadcasts of his famous interview with Mike Wallace and an episode of What’s My Line? in which Wright is described as ''world famous architect.''

The last thematic section considers the archive itself as an object of study and will include the painstakingly conserved model of St. Mark’s, a radical but ultimately unbuilt design for a skyscraper residence for New York, the model of the Solomon R. Guggenheim Museum, an analysis of Wright’s drawings as they evolved over time, and a data-visualization project illustrating Wright’s global network of clients, professional relationships, and buildings. 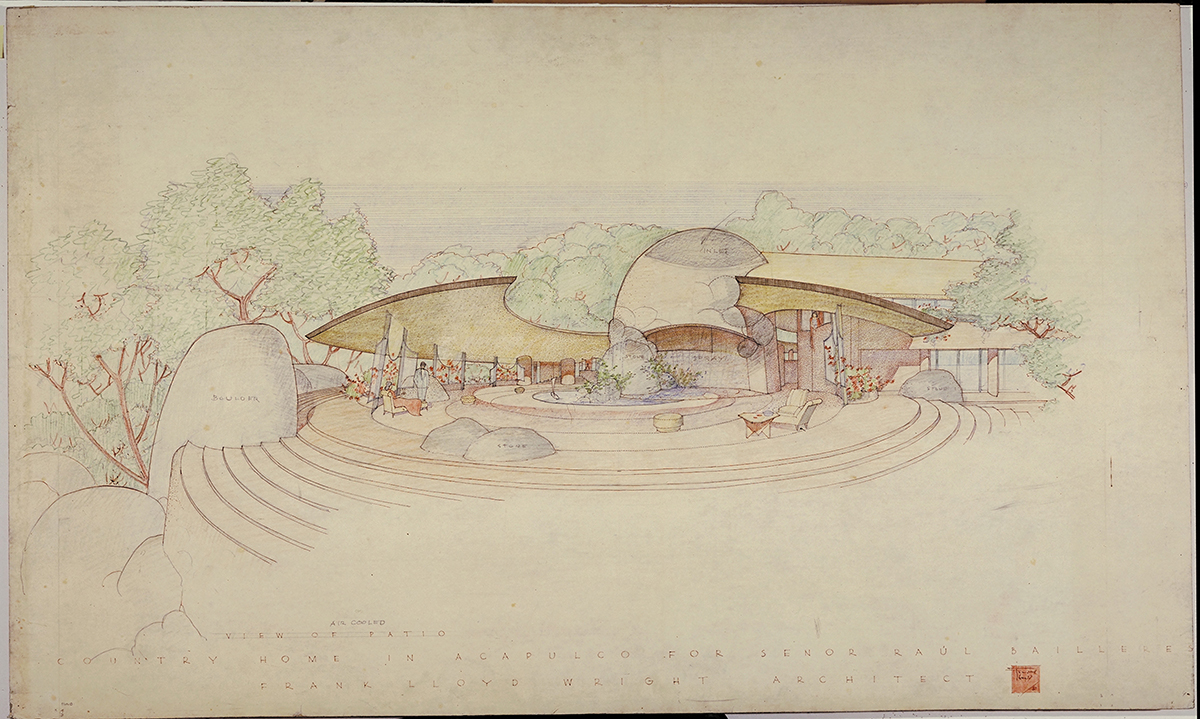 MoMA will publish an exhibition catalogue reflecting the scholarship generated in the process of unpacking the Wright Archive, to be illustrated with new photography of his drawings, models, and buildings that will offer the public high-quality images of materials in the Archive. The publication mirrors the exhibition in that it will be an anthology of essays authored by the guest scholars and MoMA curators.