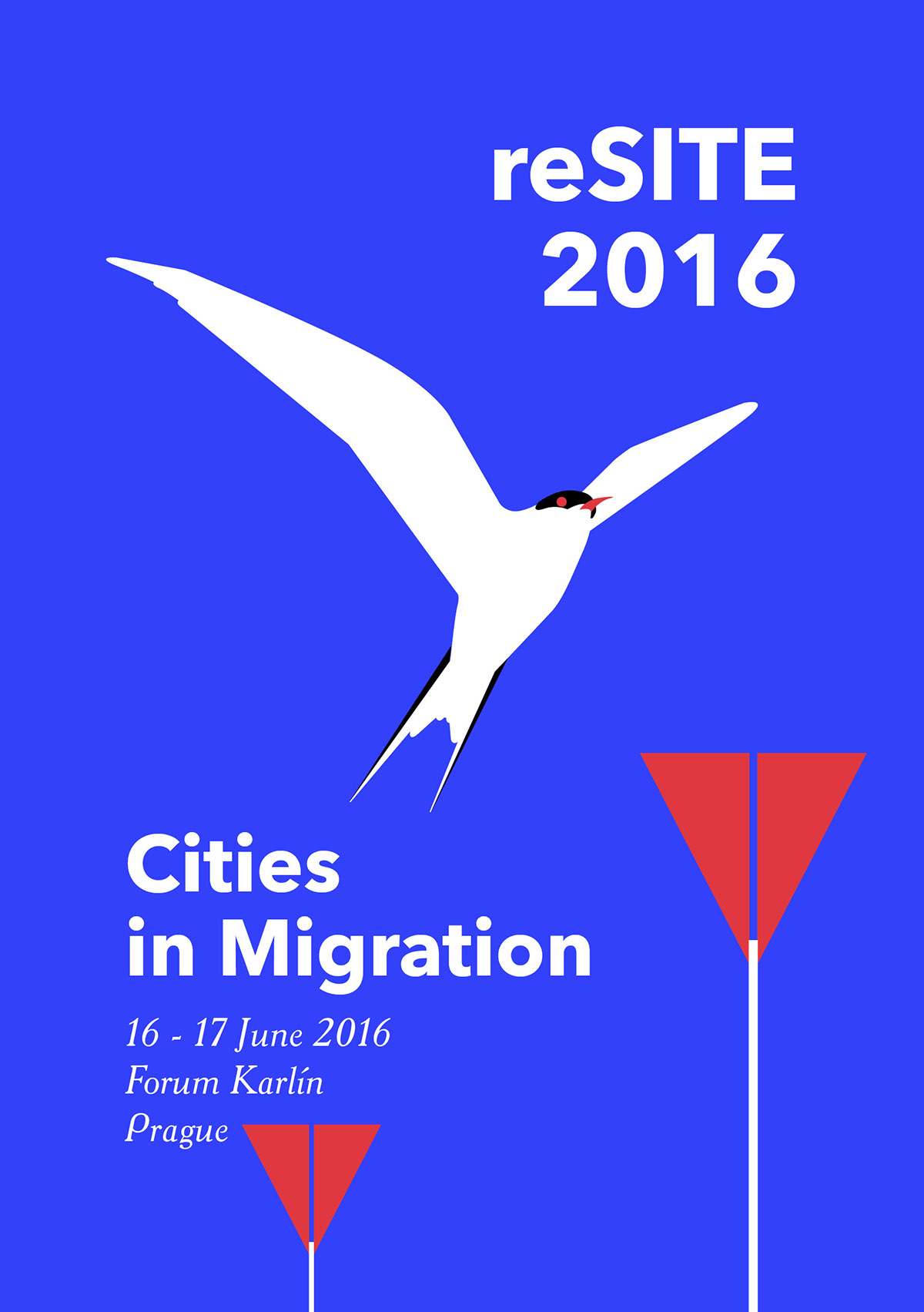 On June 16-17, Prague will be hosting one of the leading architecture and urbanist events in Europe. Most of the 49 world renowned experts who will speak at reSITE 2016: Cities in Migration have experienced migration themselves. Coming from 20 countries, they will bring innovative solutions and successful strategies for European and Western cities to come to terms painlessly with the influx of new residents.

Carl Weisbrod, Chairman of the City Planning Commission of NYC, Professor Saskia Sassen, sociologist at Columbia University, and Michael Kimmelman, the Architecture Critic for The New York Times will come from New York City. A huge number of speakers will come from Germany. Besides the famous landscape architect, Martin Rein-Cano from Topotek 1, Berlin, we will meet one of the city planner of Munich and the co-founders of the initiative ''Refugees Welcome.''

reSITE will organize an urban planning game “Play the City” that will involve up to 800 conference participants in an innovative gaming technique of collaborative city planning. It will be the biggest game of its type ever organized, led by the game designer, urbanist Ekim Tan from Amsterdam. Affordable housing, a design for sustainable and resilient cities and the opportunities of migration in urban development, these are some of the key topics reSITE will explore. reSITE will offer a variety of free public events such as salon discussions, a bike-ride, workshop and a 5th anniversary Party!

''Diversity is what makes cities like New York great, and I am missing it in Prague. A recent study in Bloomberg Businessweek suggested that cities that are more culturally diverse have higher wages and standards of living than those in cities that have less immigrants. I’m convinced that a more diverse city is a more livable, equitable and sustainable one.  And, it’s more interesting,'' says Martin Barry, landscape architect and founder and chairman of reSITE.

Germany will be one of the most represented countries. The famous landscape architect Martin Rein-Cano, who enchanted the world with his multicultural urban park Superkilen in Copenhagen will deliver a keynote speech. Municipality leaders from across Europe, for example one of the city planners of Munich, Martin Klamt will participate, as well. Social innovators and activists such as the co-founders of Refugees Welcome Jonas Kakoschke and Mareike Geiling will highlight their initiatives. Why?

''The German experience of migration is multifaceted; this is not only the dream target country for many migrants. There was an important migration between economically distinct Eastern and Western Germany after the reunification of the country,'' explains program director of reSITE Osamu Okamura.

Affordable housing as one of the major challenges for the future

Carl Weisbrod, New York City expert on zoning and Chairman of the NYC Planning Commission has over 35 years of experience. He has worked in Mayor Bloomberg and Mayor DeBlasio’s administrations and was the key actor of major achievements of the last decades when NYC became safer, greener, more economically vibrant city. His key policy now is to build 200,000 affordable housing units with $1bn usd of public space investment.

New York-based architect Mimi Hoang, Harvard and M.I.T. alumni and visiting professor at Columbia University, is an expert on micro-unit housing. Ursula Struppe from Vienna will share the city strategy for integration. Mascha Onderwater from Amsterdam-based Bureau B+B was behind the transformation of Vienna main traffic artery Mariahilfer Strasse into pedestrian zone. Swedish architect Krister Lindstedt will show how citizens involvement can help solving even extreme cases: he is directing the relocation of the city of Kiruna due to extraction of natural resources.

Innovative game is an urban innovation

reSITE has designed an urban planning "board game" so that all participants (up to 800!) can interact and collaborate with each other to solve a challenge at reSITE, together. “Play the City” is an innovative gaming technique of collaborative city planning, that has been played in Amsterdam, Brussels, Istanbul and Cape Town. On Friday June 17, we will experience the biggest one ever. The game has been designed by urbanist and university professor, Ekim Tan, bringing all reSITE participants a new level of collaboration about how to be a city maker, how to think differently about their work, their ideas and plans. And, about how to make them happen.

49 experts from 20 countries will speak at reSITE. The list is available on http://resite.cz/en/conference/.

Top experts of their generation to meet in Prague. At the borders, migration can be photographed. In cities it can be solved. ''We decided that there was no more important topic in the world right now. Moreover, everyone is talking about migration at the borders. No one talks about the challenges cities face, and by the way – the opportunities cities have by accepting new residents,'' Martin Barry explains the choice of the theme.

Among participants you will find:

Most of the speakers play many roles and work across sectors.

Free services and information for participants

Regularly priced tickets are available until June 12. After this date the price will increase. Registration of 20 more student tickets (sold out category) has been opened.

Conference organizers will provide daycare and a kid’s corner. A playful environment will be set inside the Forum Karlin venue and a professional staff will take care of children and babies from 6 months of age. The service will be free for conference participants.

Thanks to the partnership with Leo Express, registered participants can take advantage of free train ticket to Prague, no matter if they travel from other Czech cities or from abroad: Slovakia, Poland, Ukraine. The conference sessions will start on both days at 9.30 am, the registrations will open at 8.00. The sessions will end at 17.30 and will be followed by public events.

Thanks to reSITE, over 2300 people have attended the conferences and more than 250 leading personalities from around the world have presented their views in Prague, such as Cecil Balmond, engineer and philosopher; Jón Gnarr, former mayor of Reykjavík; Enrique Penalosa, former mayor of Bogotá; Janette Sadik-Khan, commissioner of the New York City Department of Transportation; Alexandros Washburn, Chief Urban Designer of New York City, and James Corner, landscape architect and urban designer, both linked to the High Line project in NYC; Craig Dykers from the Norwegian studio Snohetta; Michael Sorkin, urbanist and architectural critic; Reinier de Graaf, urbanist from the cutting-edge studio OMA; Michael Kimmelman, architecture and urbanism critic from The New York Times; Edward Glaeser, professor and urban economist from Harvard University; Adriaan Geuze, architect and urbanist from studio West 8; Greg Lindsay from the World Economic Forum, and Winy Maas, of the leading Dutch architecture studio, MVRDV. They all contributed to making reSITE one of the biggest, the most innovative and most engaged festivals on urban design and development, public space and architecture in Europe.