Mecanoo to design the new Tainan Public Library in Taiwan 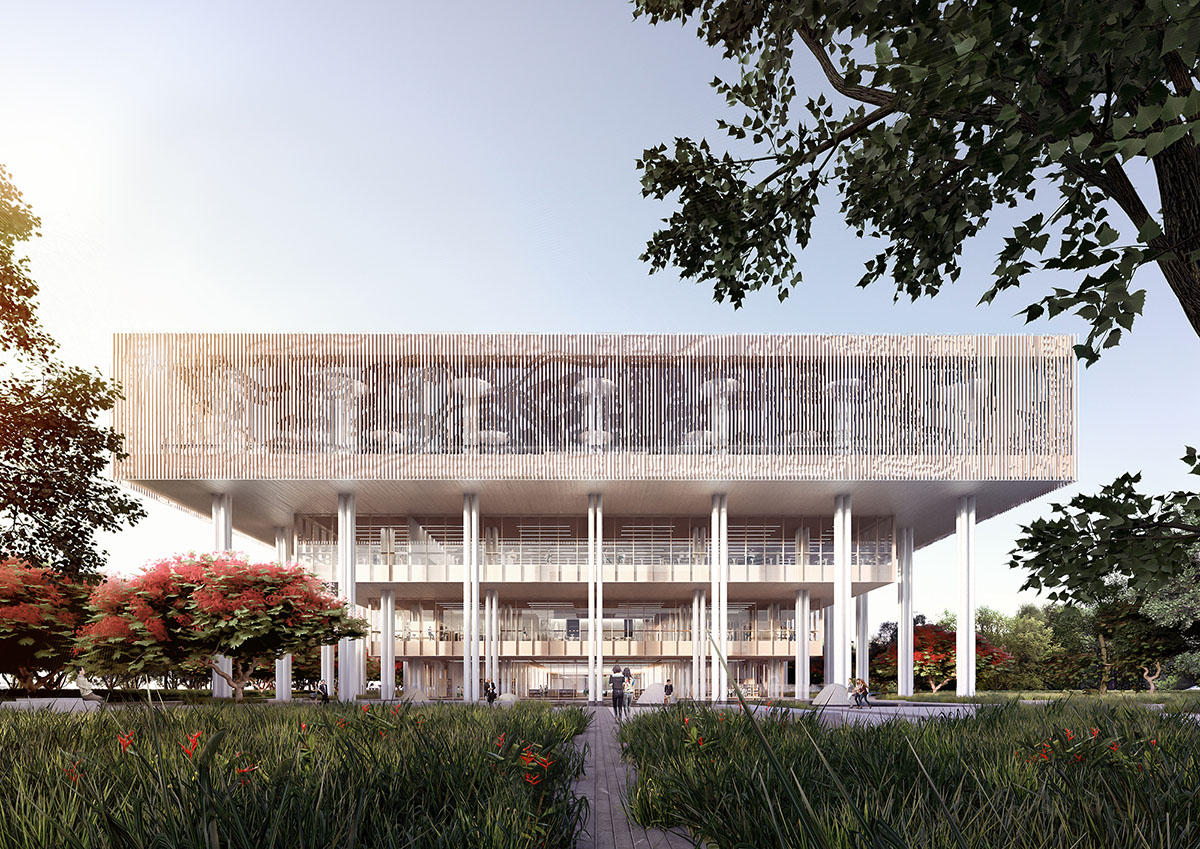 all images courtesy of Mecanoo

Mecanoo has won the competition to design the new Tainan Public Library in Taiwan. The project designed in collaboration with Kaohsiung-based MAYU architects+, the Dutch practice will create the 35,000 m2 library, which will feature reading rooms, special collections, study spaces, a children’s area, café, conference hall, a 200-seat auditorium, and public courtyards. The plan for the site also encompasses a future extension of 13,000 m2. 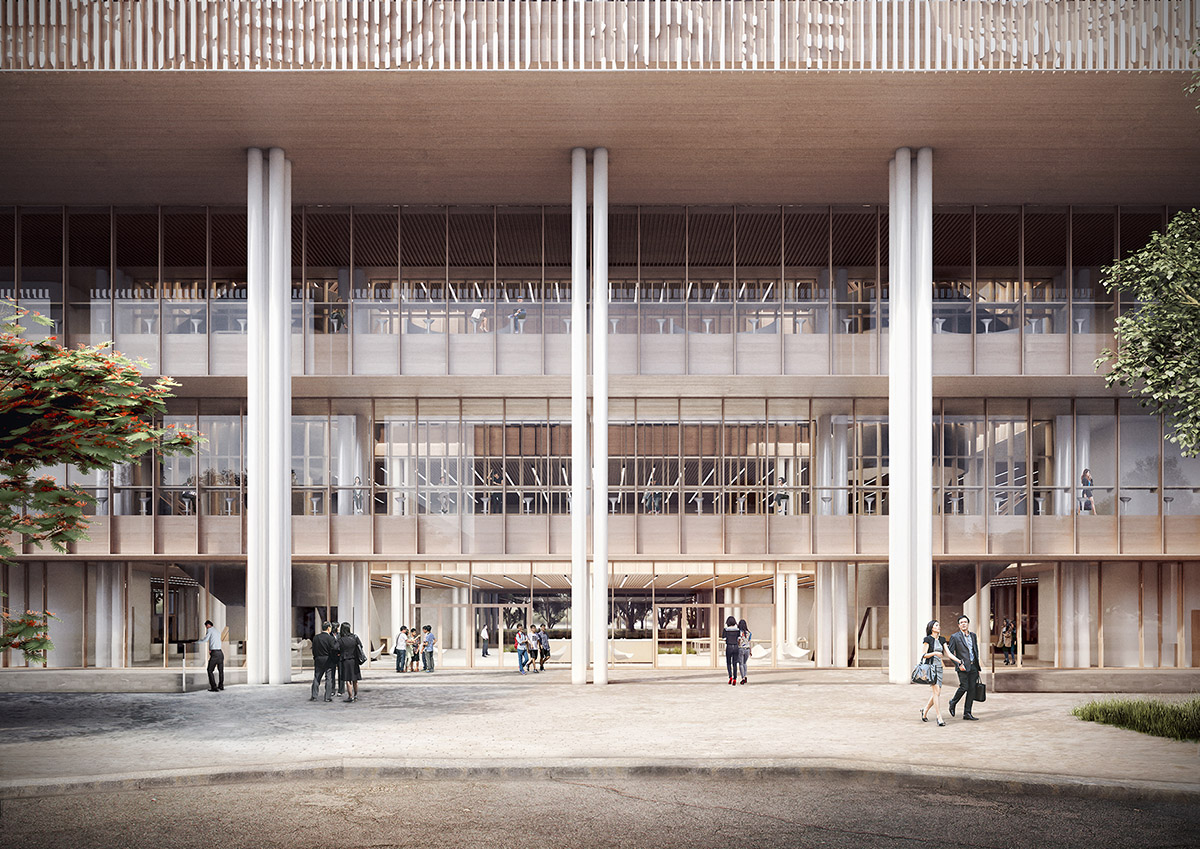 main entrance of the library

An expert in creating outstanding libraries, Mecanoo’s design for the Tainan Public Library represents the meeting of cultures, generations and histories. Natural materials, like stone and wood, rational yet elegant structural lines and a sensitive use of light and shadow characterise the building’s timeless design. Reaching up into the sky, the building’s perimeter increases on each level. The result is a large canopy that provides shade to the transparent stepped facade and below-grade courtyards. south west facade of the library

The entrance hall rises three levels up to show the library’s internal configuration and the layering of floors. The wooden fenestration filters daylight, creating a rhythmic pattern of light on the stone floor. Curvaceous stairwells show the dynamic flow of people through the building. The generous open-plan spaces ensure the library can be adapted to future needs. 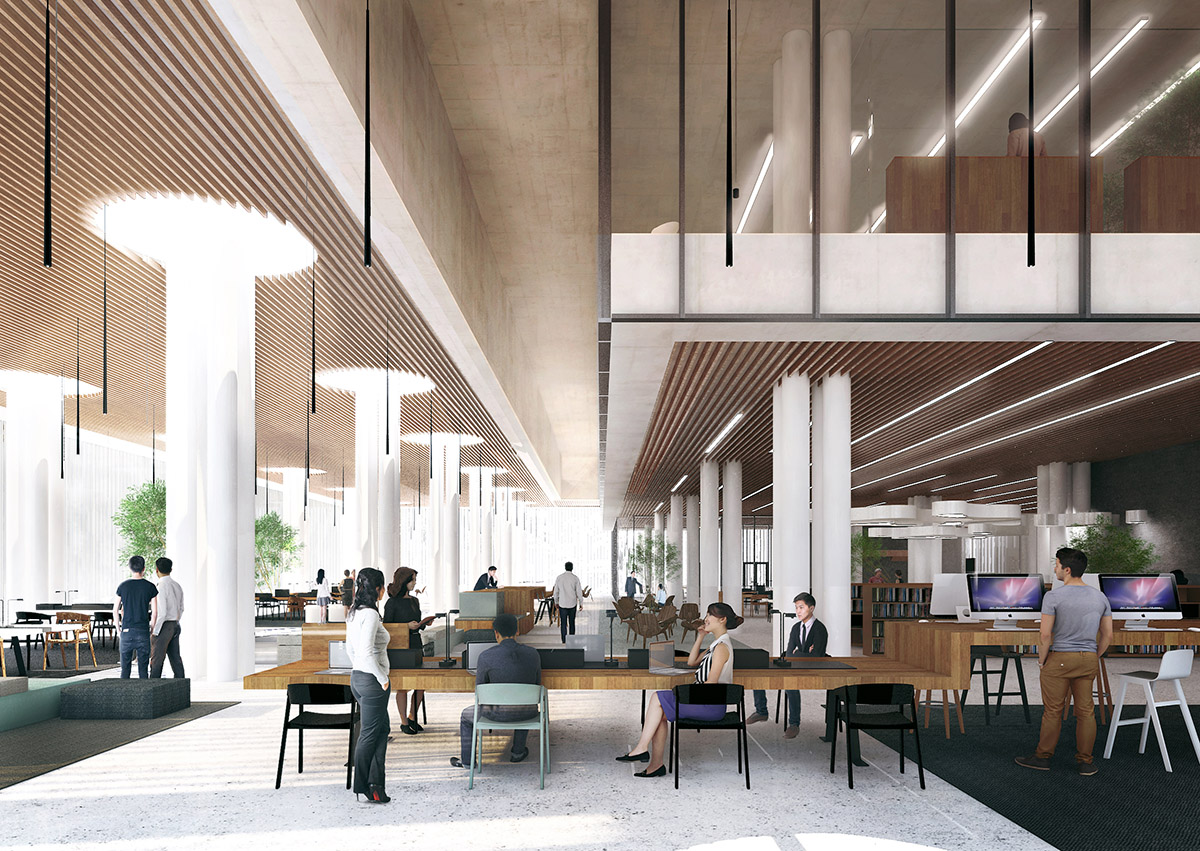 On the top floor, a delicate second skin is wrapped around the building, filtering the light and reducing solar heat gain. An ancient map of Tainan is transposed onto vertical louvres and represents the city’s evolving relationship with its past and the direction towards its future. The 40 million euro project is expected to open at the end of 2018. 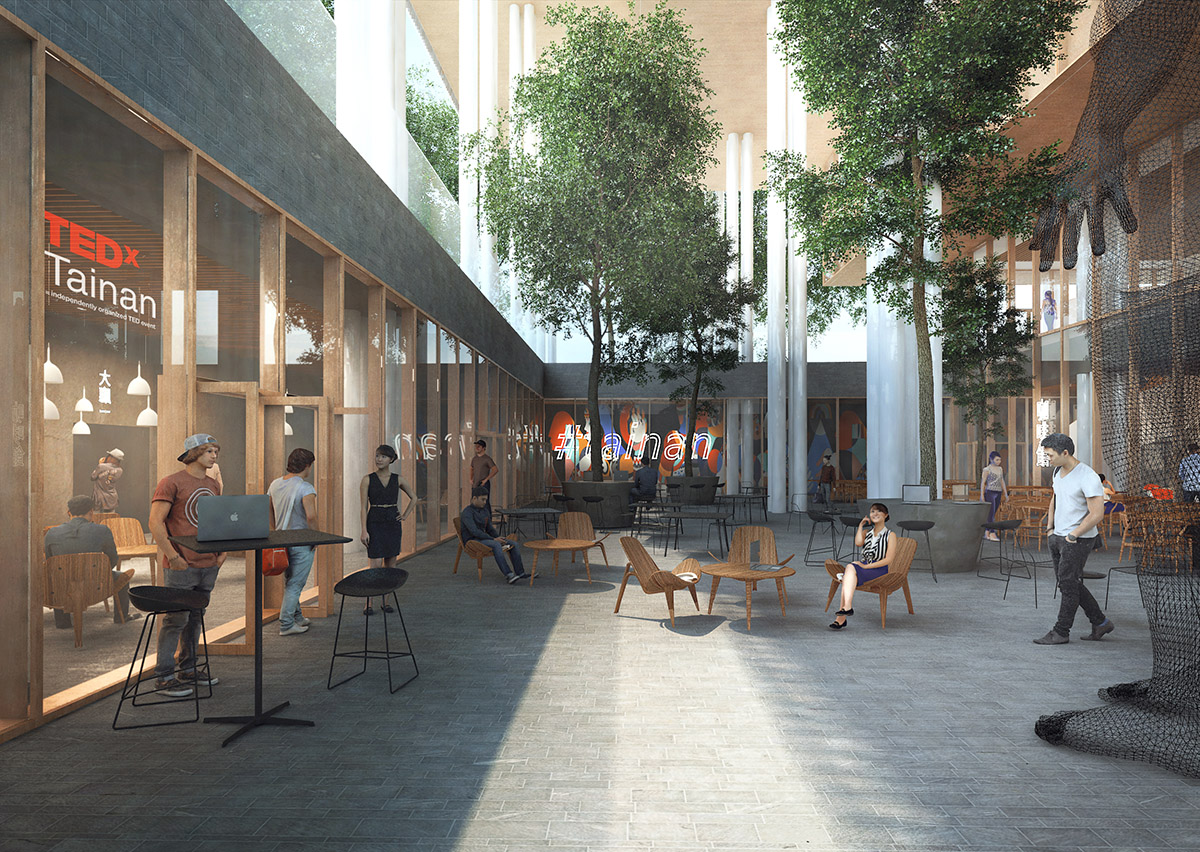 Tainan is a city born from a history of diverse cultures, peoples and traditions. The urban fabric holds memories from the 17th century European maritime trading, the Qing Dynasty Ruling, and the Japanese settlement of the early 1900s. On top of its rich history, modern Tainan is developing as a central city in the knowledge-based economy. The Public Library is about Tainan’s evolving relationship with its past and the direction towards its future. 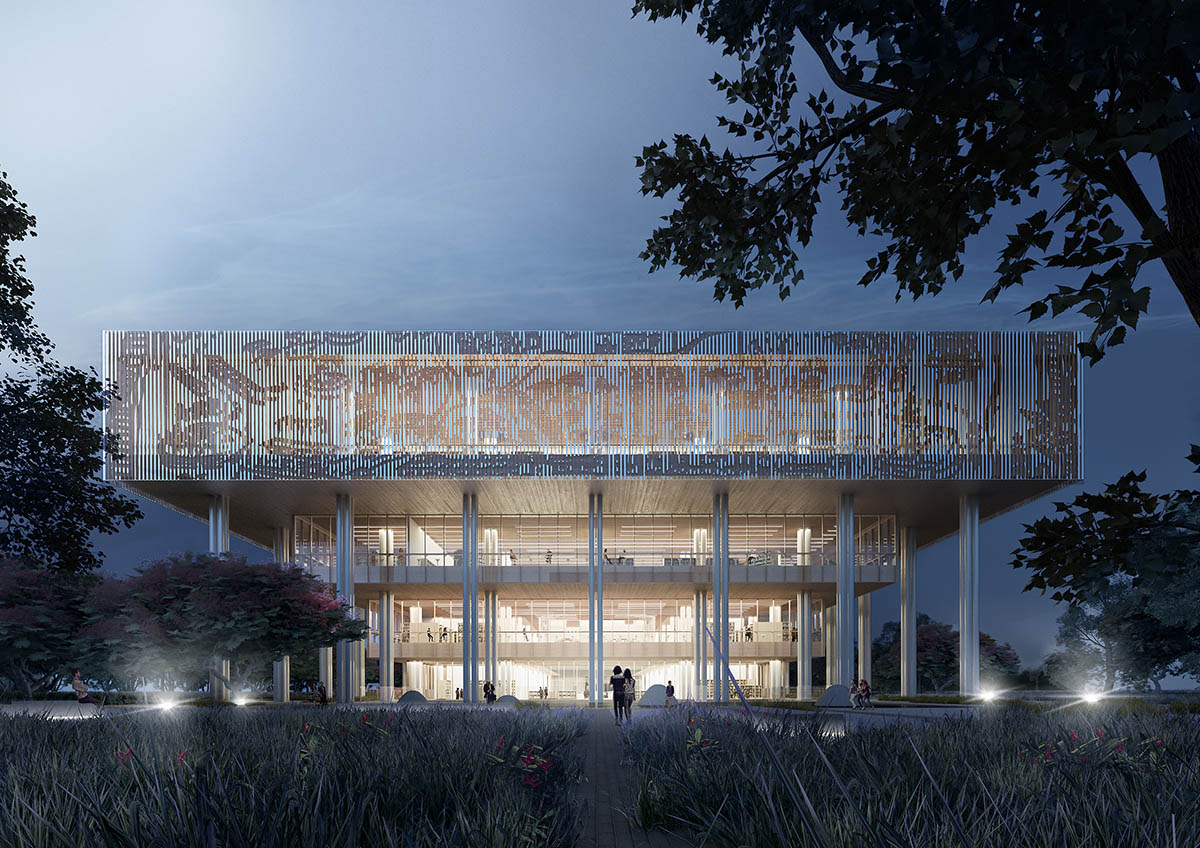