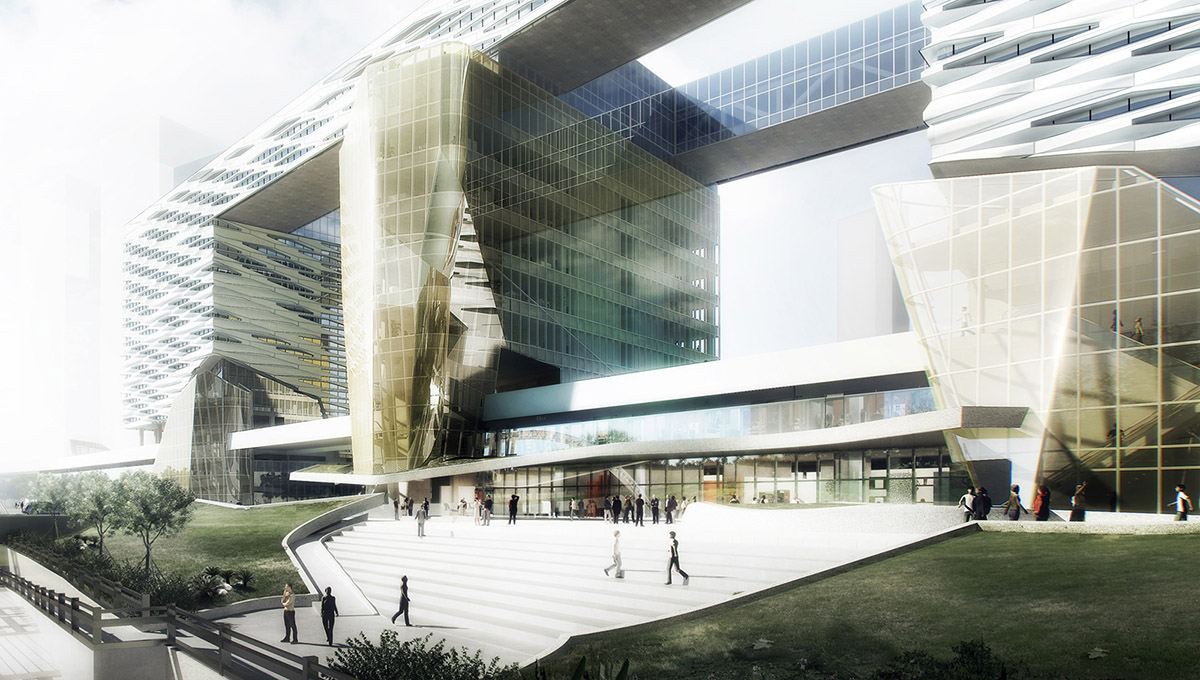 Named Sejong M-Bridge, the 85,000-square-metre building will be built in Sejong City where many governmental departments and ministries were moved to Sejong City. "In 2003, the government of South Korea announced ambitious plans to move the capital out of Seoul, in an effort to encourage more balanced development and political influence across the country," explained Morphosis.

"Construction on the new city commenced in 2009, following a unique masterplan for a network of government and civic buildings linked end-to-end by skybridges and rooftop garden paths."

As part of the city masterplan, Morphosis proposes a walkable "high-line" for the new commercial development. The building will comprise commercial offices, retail units, a movie theater, public cultural spaces and observation bridge. 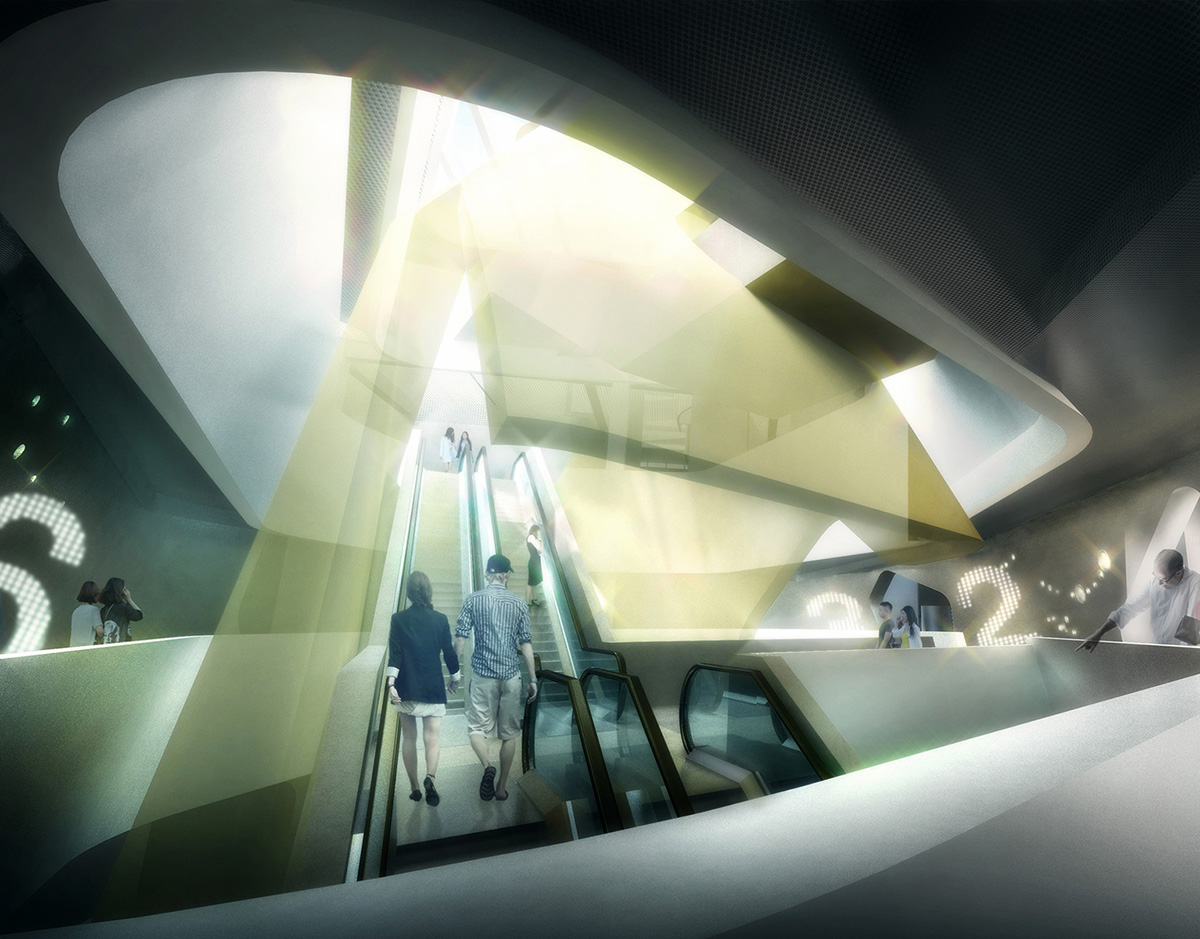 The Sejong M Bridge will be one of the first large-scale commercial projects to be completed in the new masterplan, with a multi-bridged form that references the lifted connections of the neighboring governmental buildings.

The design scheme is highlighted with nurturing a welcoming public realm in this new city, with a green park, outdoor amphitheater, and riverwalk connecting to ground-floor retail and cinema. 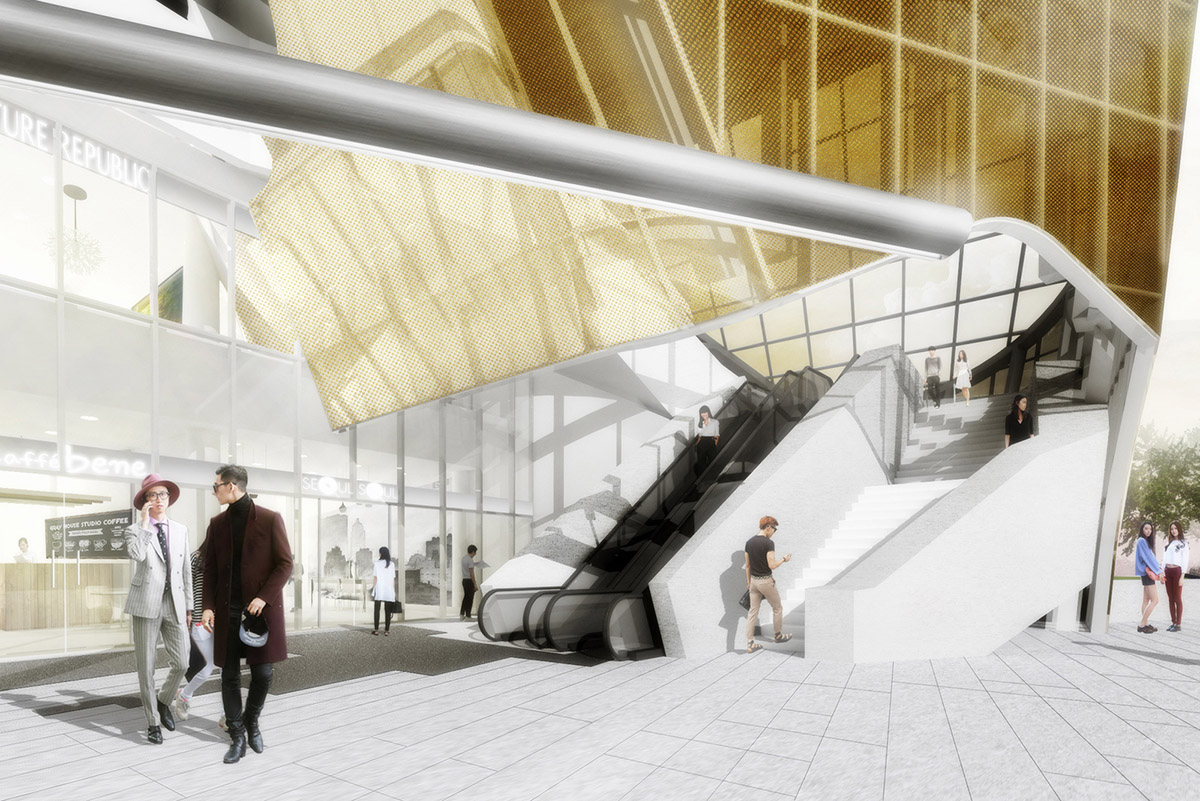 The architects lift retail units and dining outlets that are lined with the lifted pedestrian walkway, while at the eleventh story a skybridge links the three office towers with a public observation deck and retail space.

"Supporting the client’s desire to create an exemplary green building, the façade is wrapped in a distinctive brise-soleil, designed to allow for optimum shading, energy conservation, and views," added the architects.

The building is under construction at site and is scheduled to complete this year. 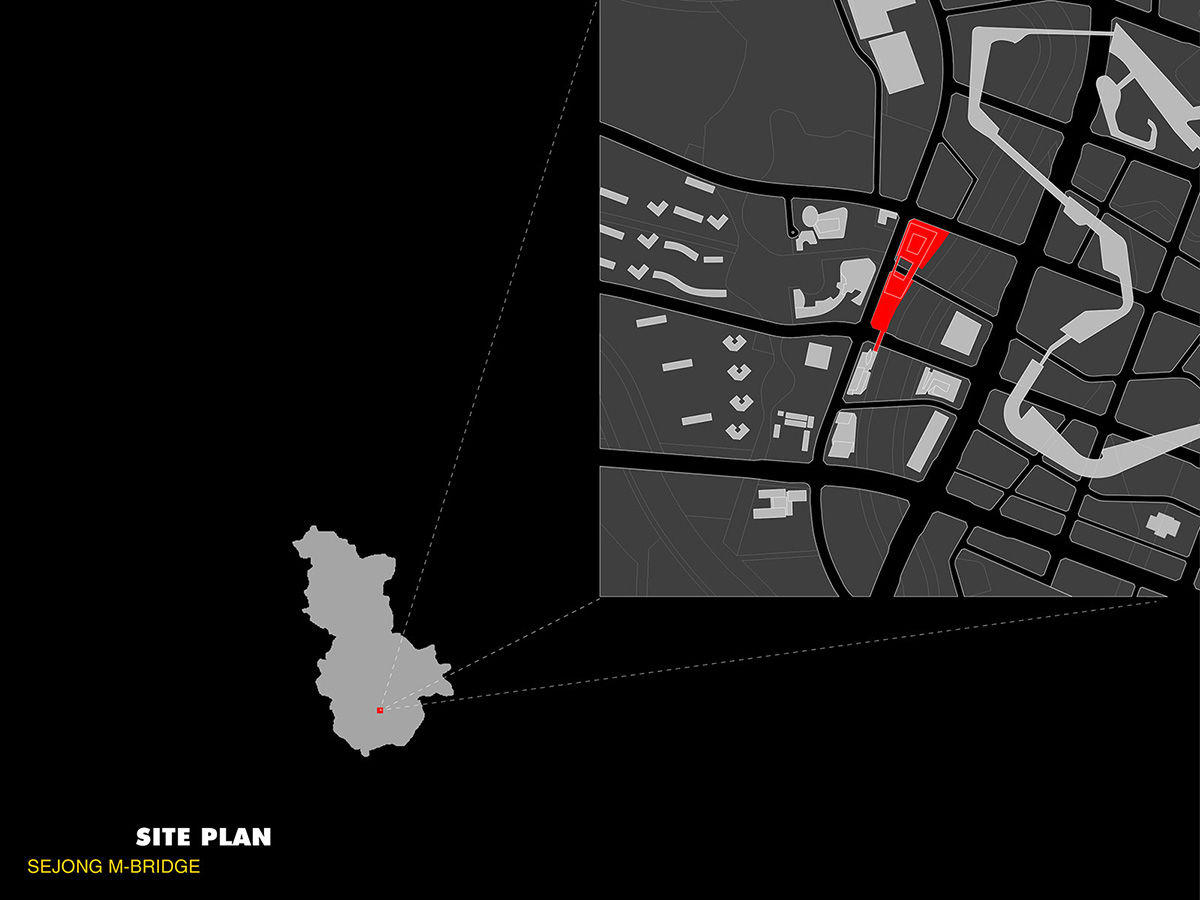 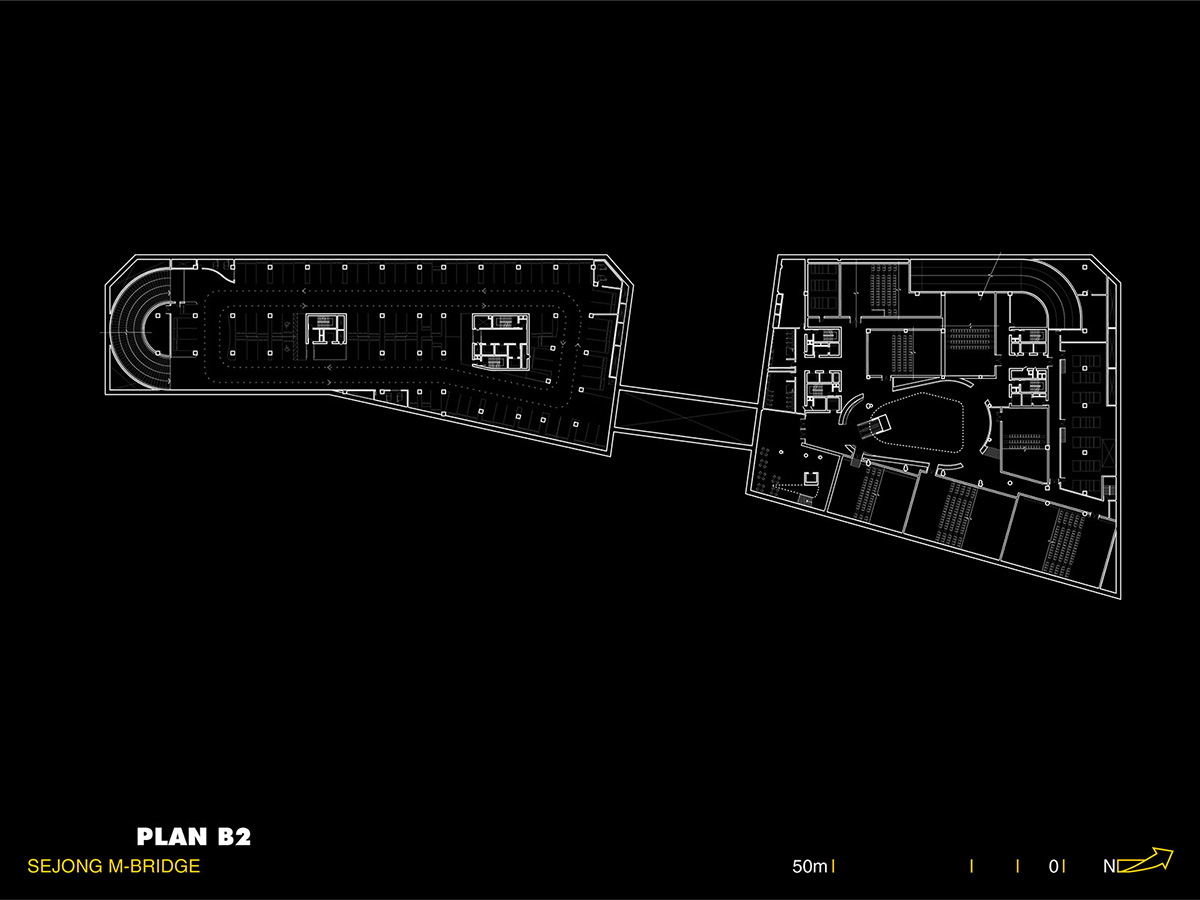 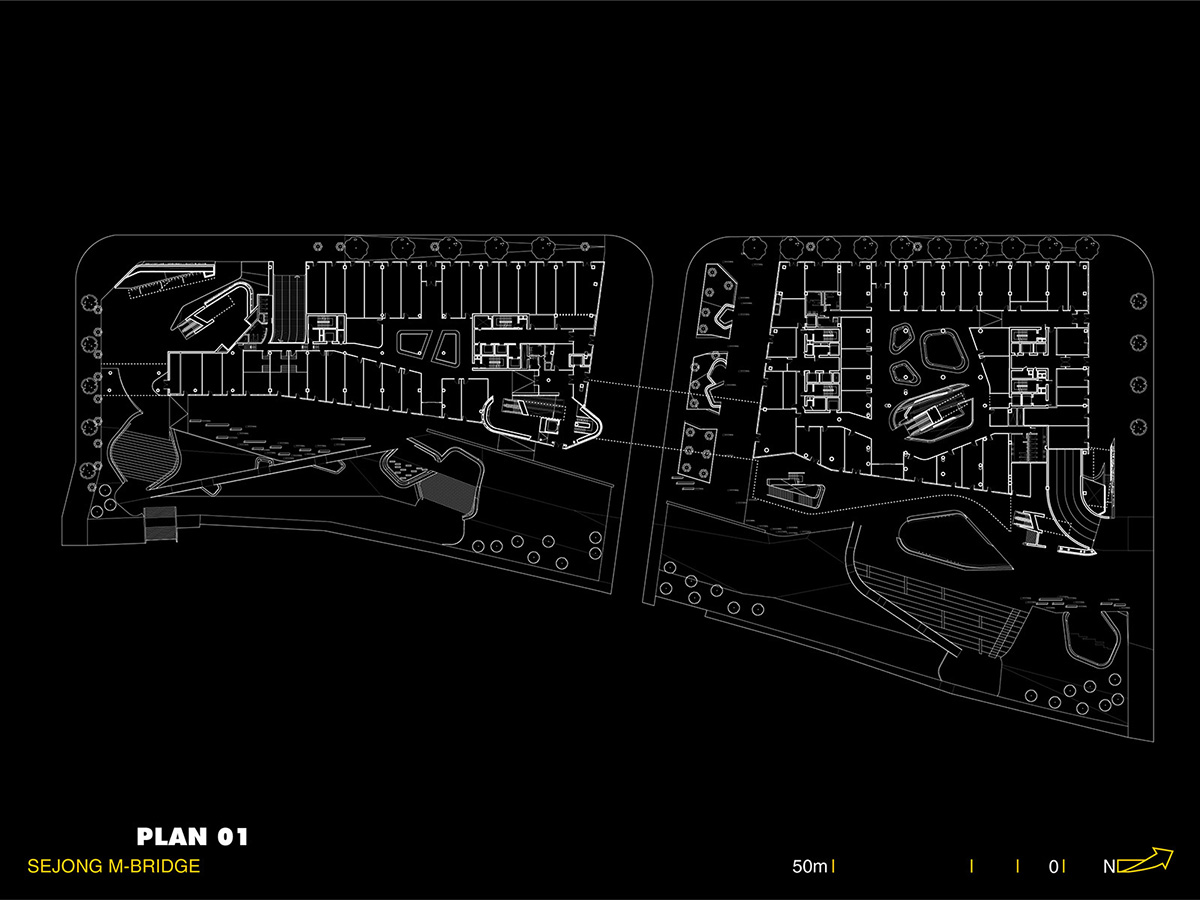 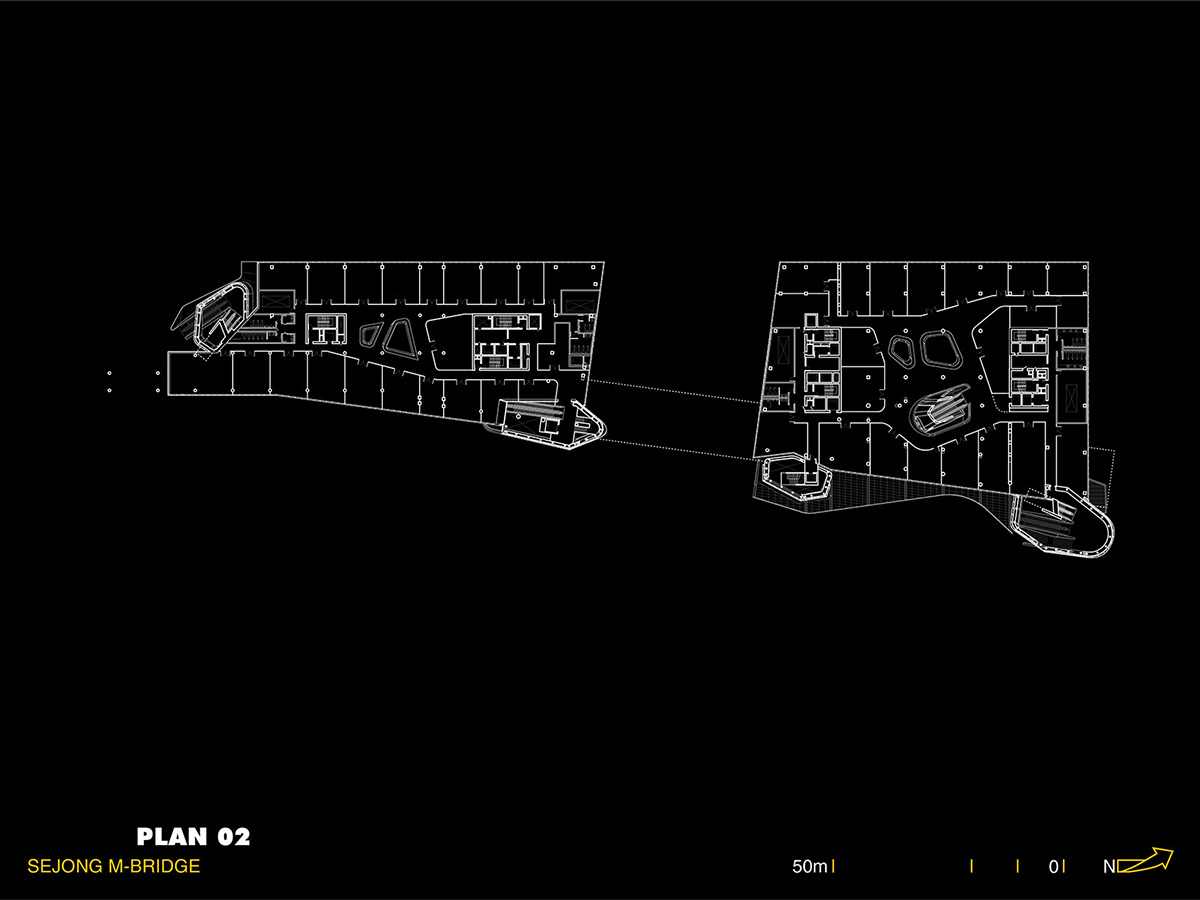 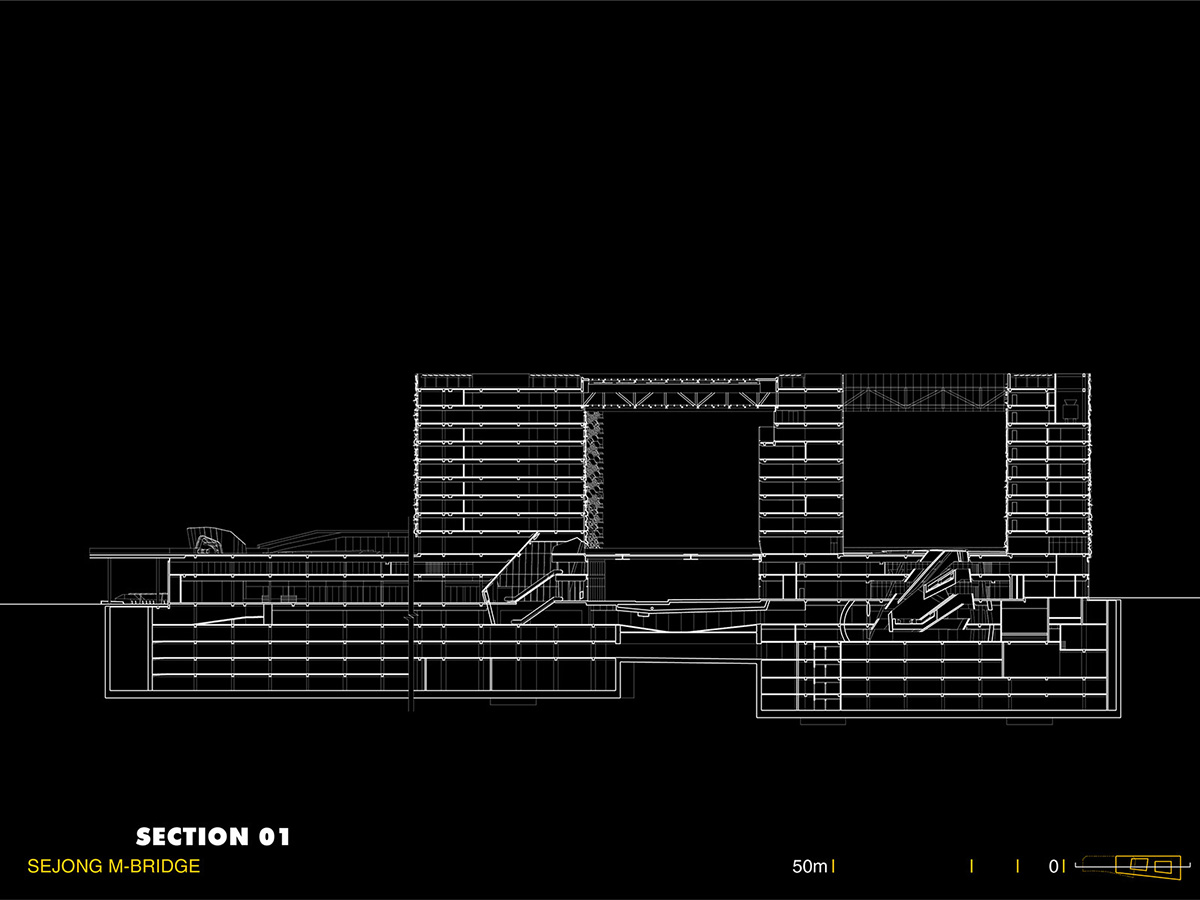 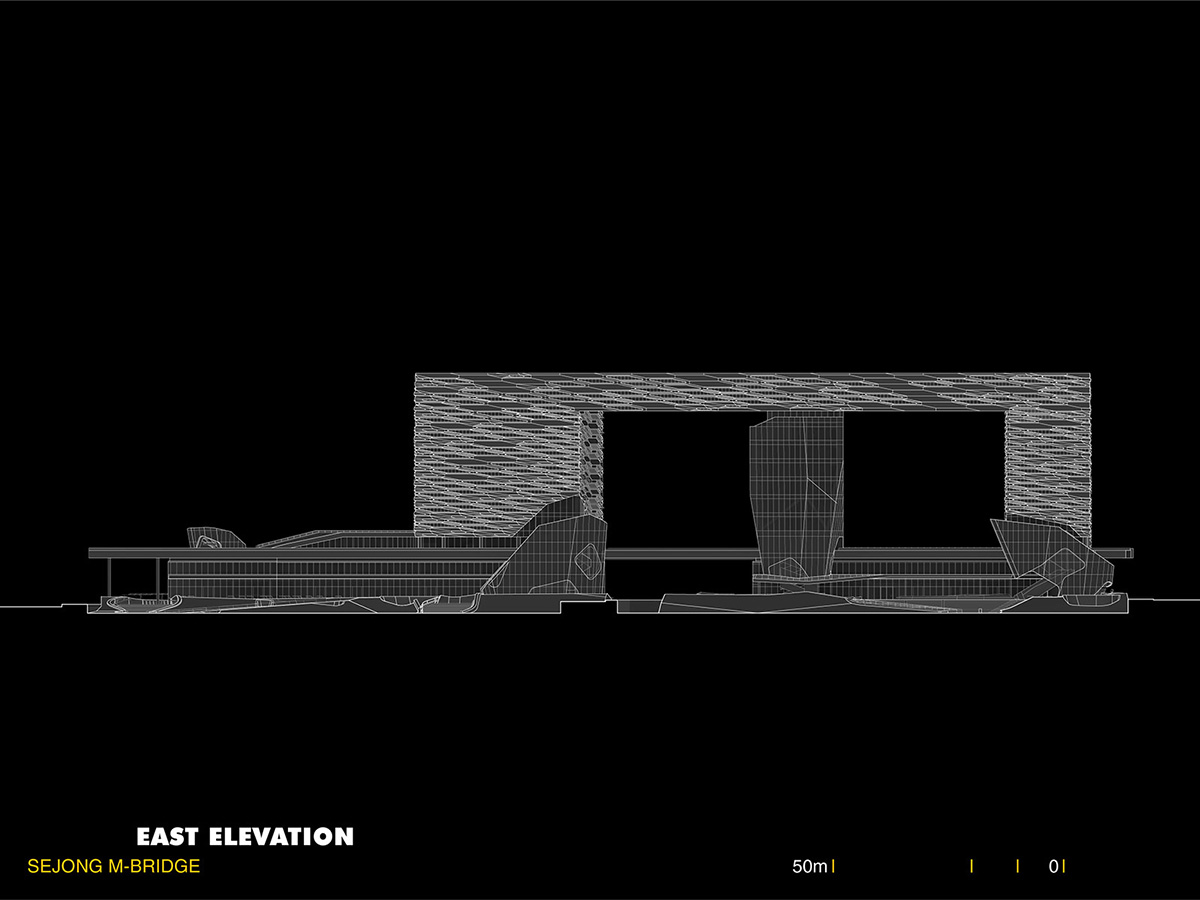