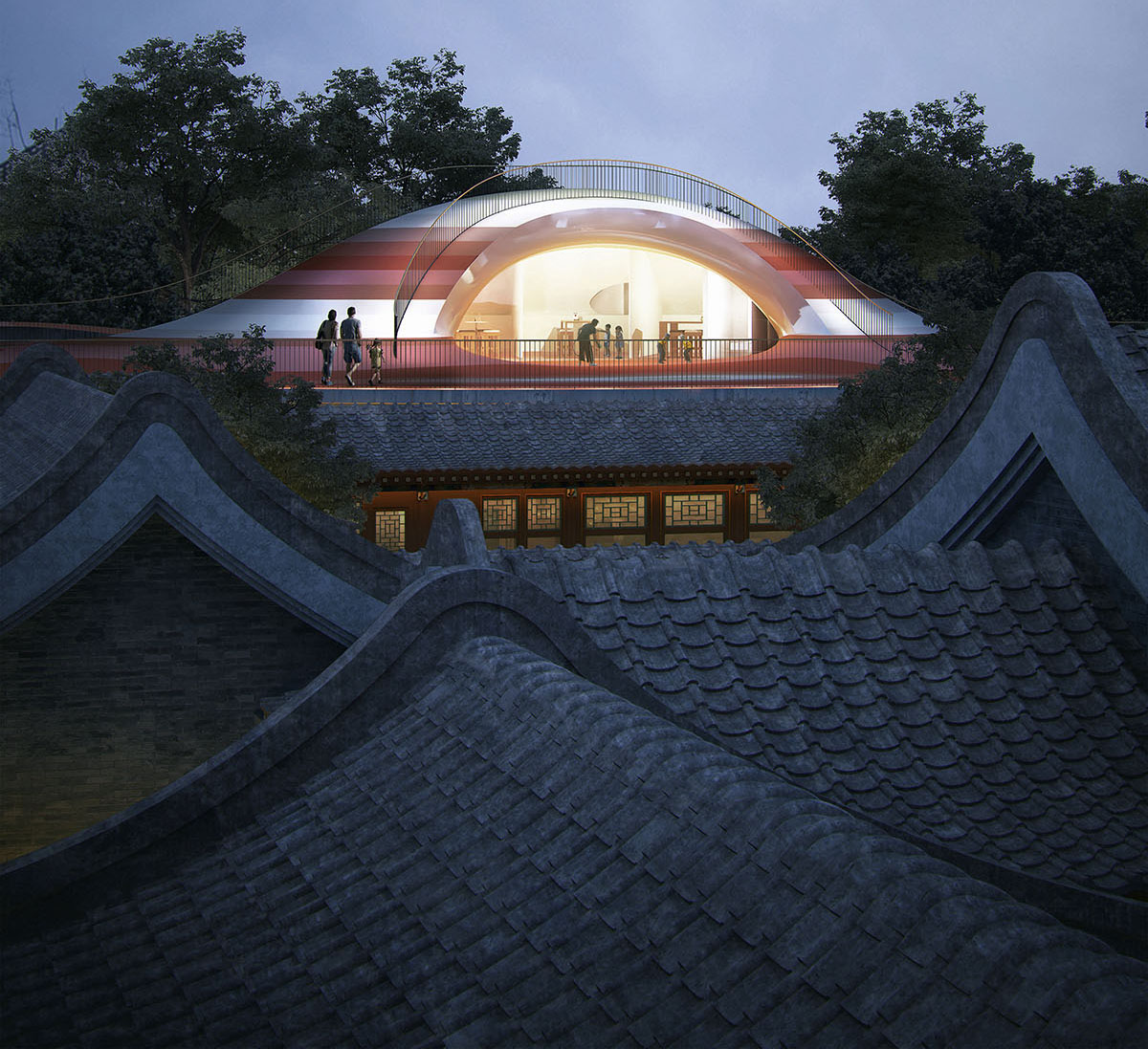 MAD Architects has unveiled design for a new kindergarten featuring a dynamic floating and porous roof in a historic courtyard of Beijing, China. The roof creates a bulbous effect within the historic multi-layered urban houses, where old and new co-exist.

Named Courtyard Kindergarten, the project is located on the site of a traditional siheyuan courtyard that dates back to 1725. MAD’s scheme inserts a new building that protects the existing buildings, and also restores them for use. A dynamic reddish floating roof surrounds the historic courtyard. While preserving the cultural heritage of the site, it forms a multi-layered urban narrative.

The project, led by Ma Yansong, is envisioned as a place full of magic – a playful escape for the children that is a symbol of freedom and endless imagination. 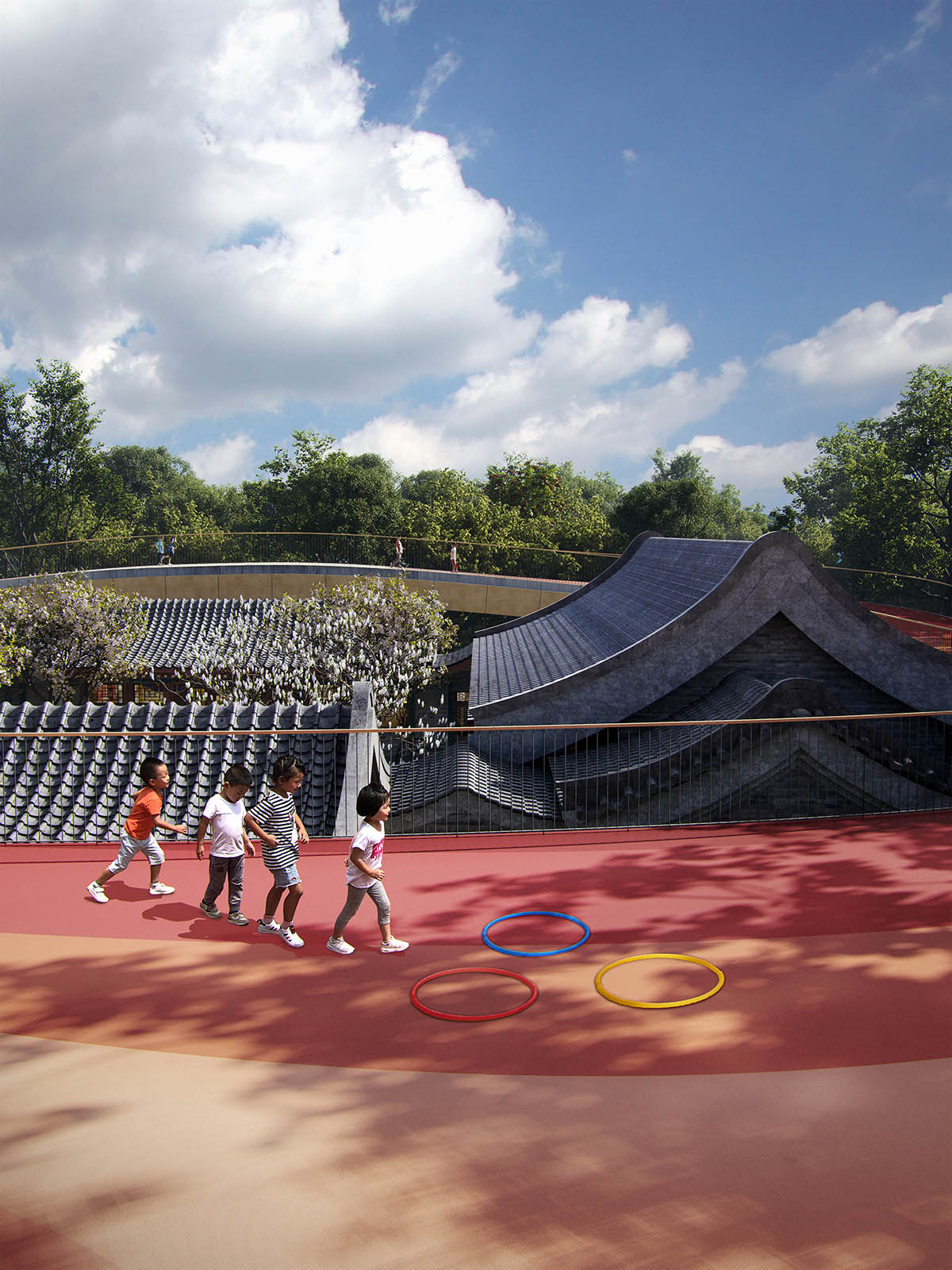 "There is a saying in old Beijing when children are naughty: ‘if you go three days without being punished, the roof will cave in," said MAD principal, Ma Yansong.

Unfolding onto the site with a low and gentle posture, the roof transforms the limited space between the various buildings, into a colorful playground that functions as the main place for children to engage in outdoor sports and activities.

On the southwest side of the roof, the design creates a subtly undulating surface of several small ‘hills’ and ‘plains’, forming a high and low terrain, forming a playful landscape. 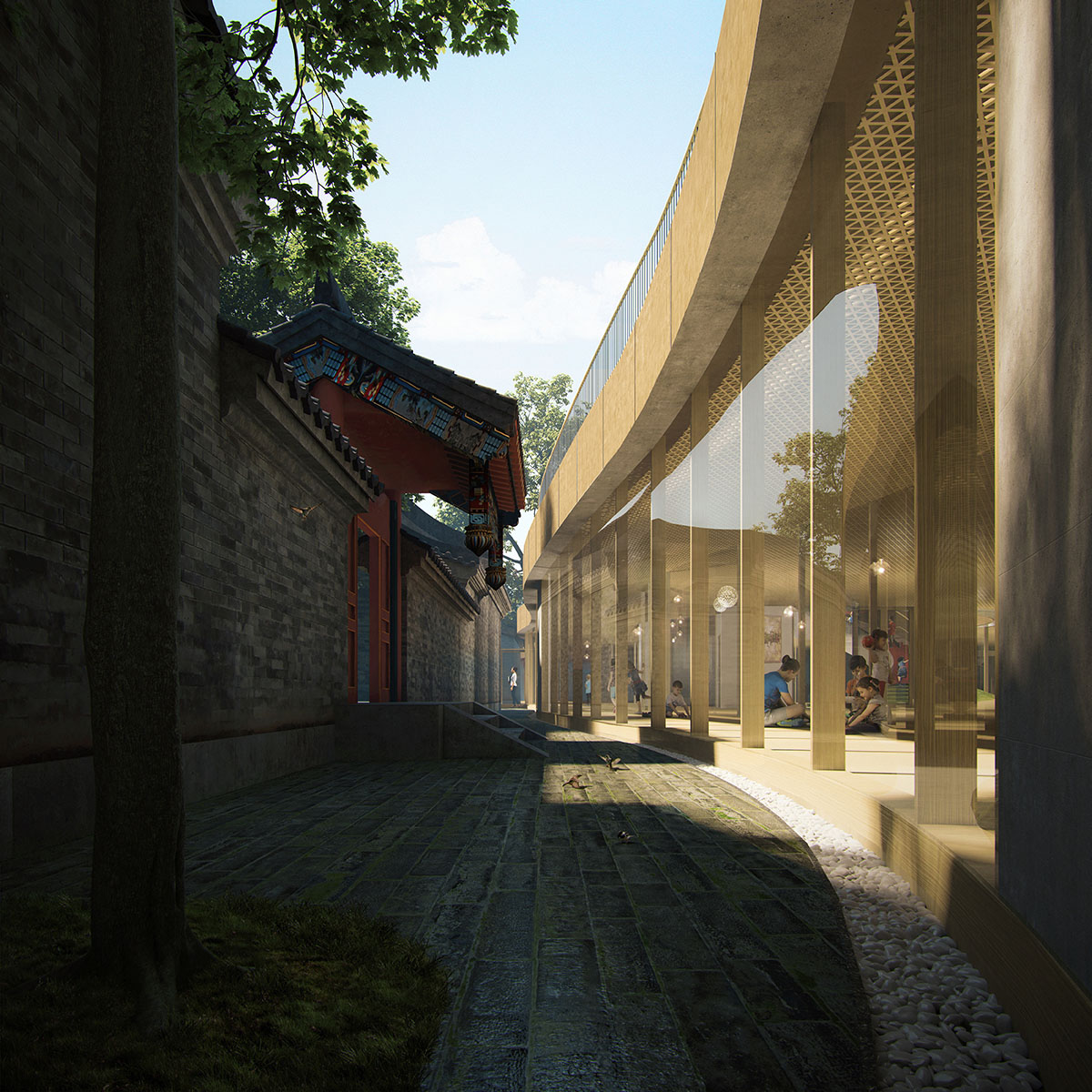 Below the floating roof, MAD has designed the interior of the kindergarten as an open-concept layout that serves as a teaching space, library, small theater, and gymnasium.

The openness of the space offers a free and inclusive atmosphere, and functions as the daily education space for 400 children between the ages of 2-5. 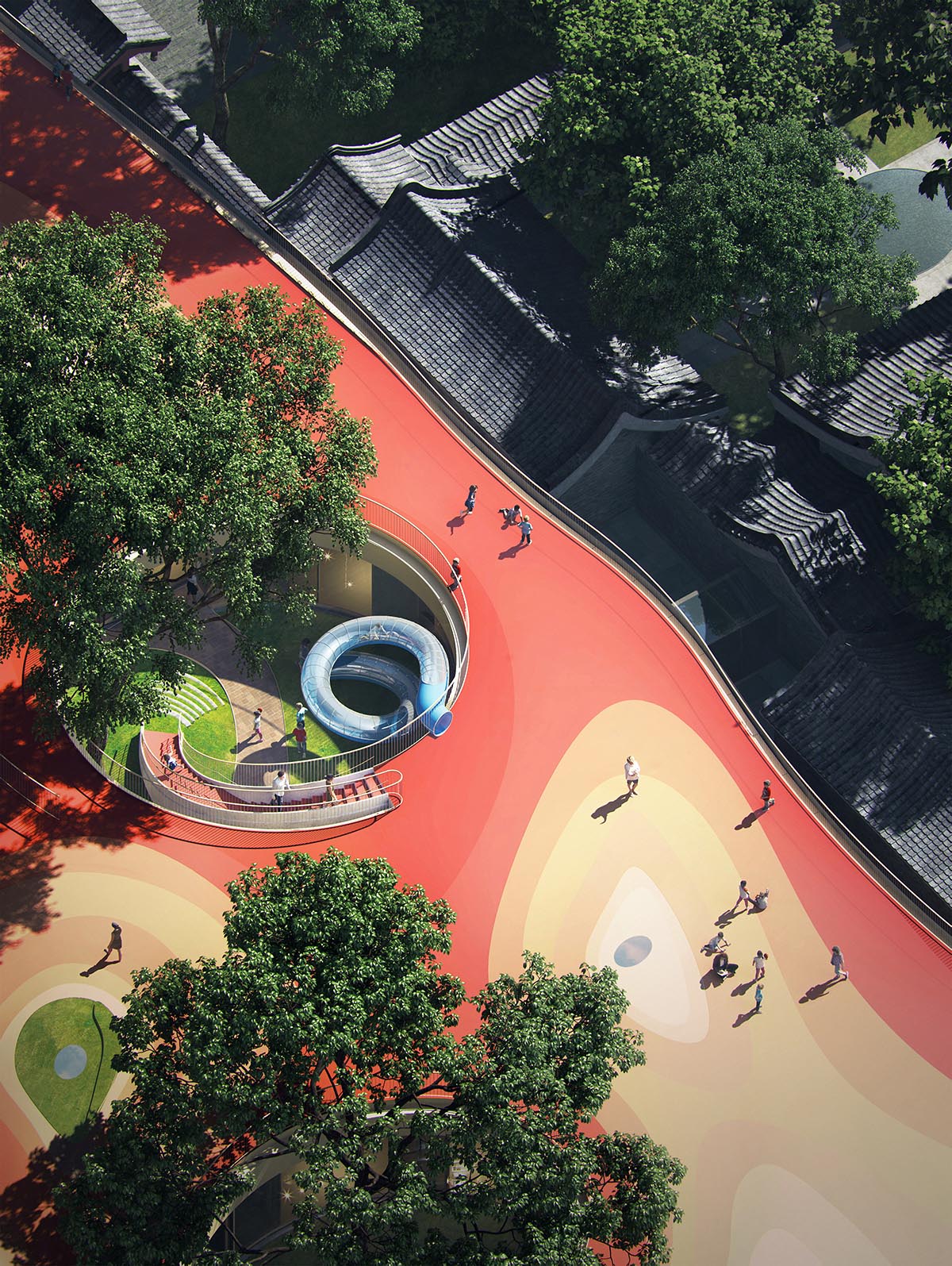 "Positioned adjacent to the old courtyard, the new learning space opens towards the historic buildings. This gives the children alternating views between old and new, deepening their understanding of time and dimensions," said MAD in its project description.

"In turn, the new building also has been realized to respect three, ancient trees on the site. It envelopes them in a way that while preserving their presence, also echoes the existing courtyard space, bringing the outdoors in, and flooding the interior with natural sunlight." 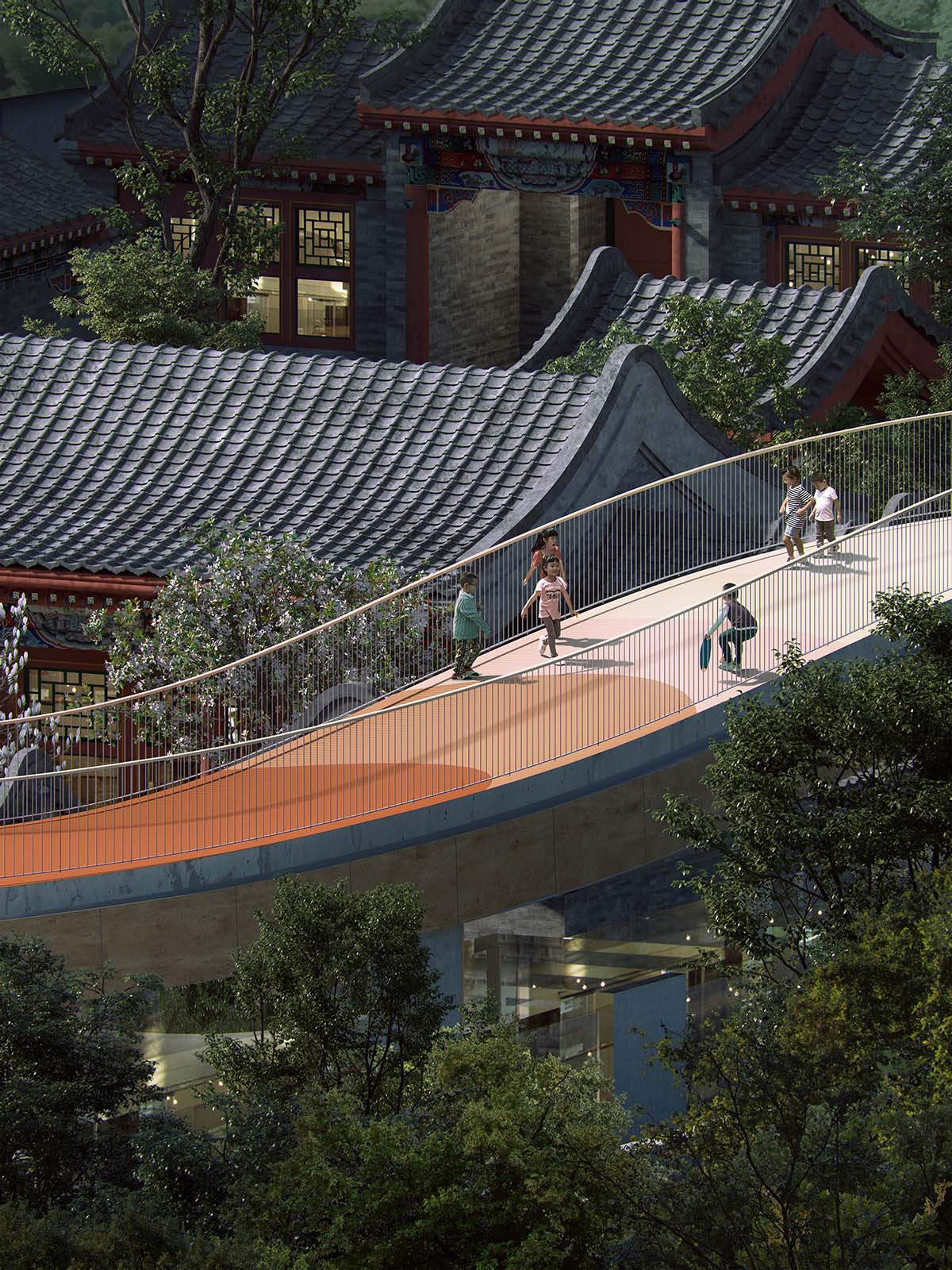 In its entirety, MAD's "Courtyard Kindergarten" reveals several architectural elements – a modern building from the 90s, and a traditional courtyard from 400 years ago – that initially seem to be conflicting. The studio's design scheme retains the authenticity of the original buildings, while allowing them to co-exist with one another, creating a new kind of interaction between them. The openness and richness of the design allows the children to have an objective and true comprehension of the environment that surrounds them. It offers them an understanding of history and place, and the preservation of nature, bringing an inclusiveness between the old and new design – one that adds value to the community. 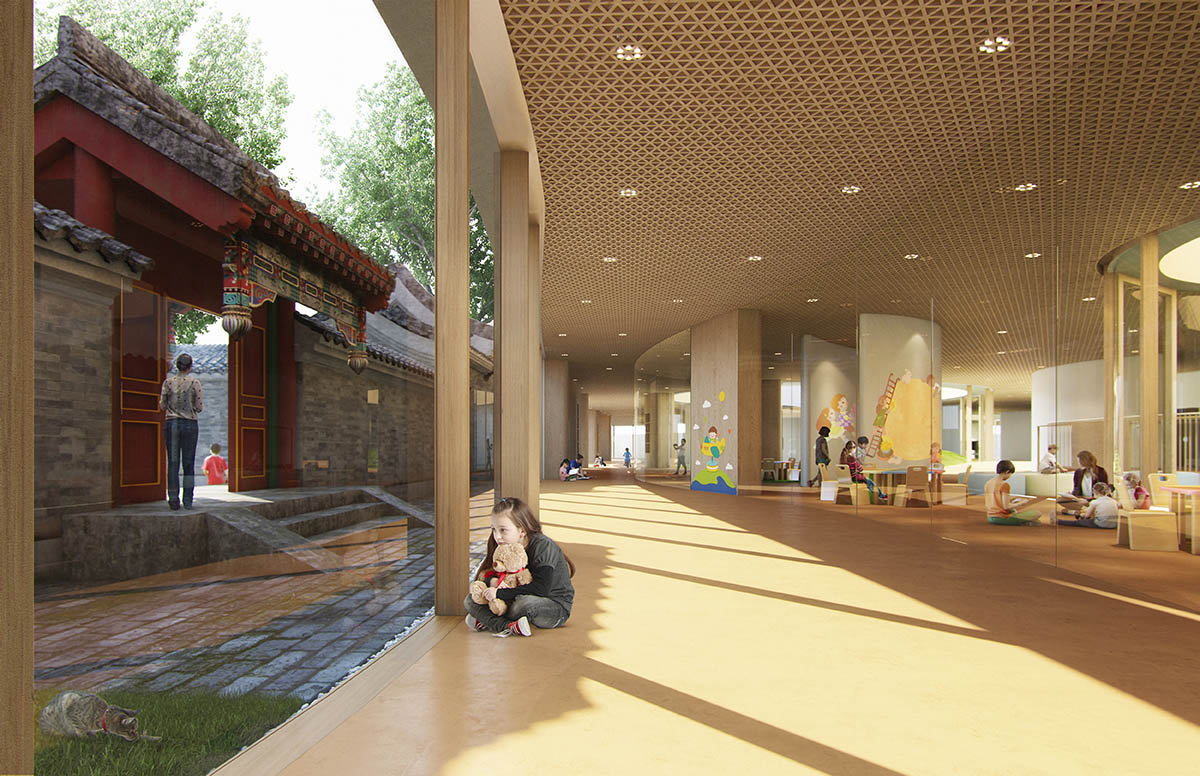 "My ideal kindergarten is not a theme park, or a place of shelter. It should be objective and real, but go beyond reality and provide some space for the unknown and imagination," added Ma Yansong. 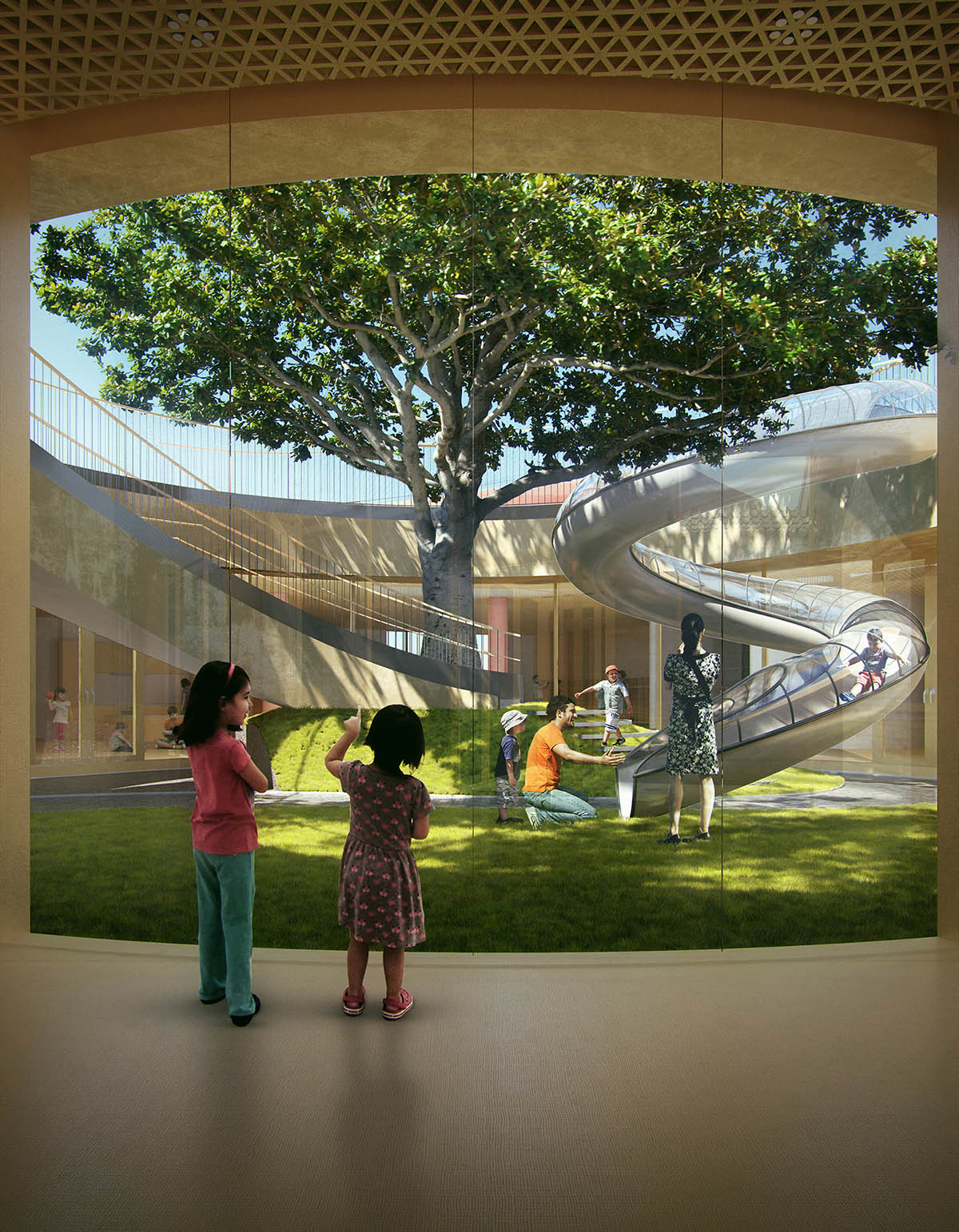 The "Courtyard Kindergarten" is currently under construction and it is expected to be completed, and functioning in autumn of 2019. 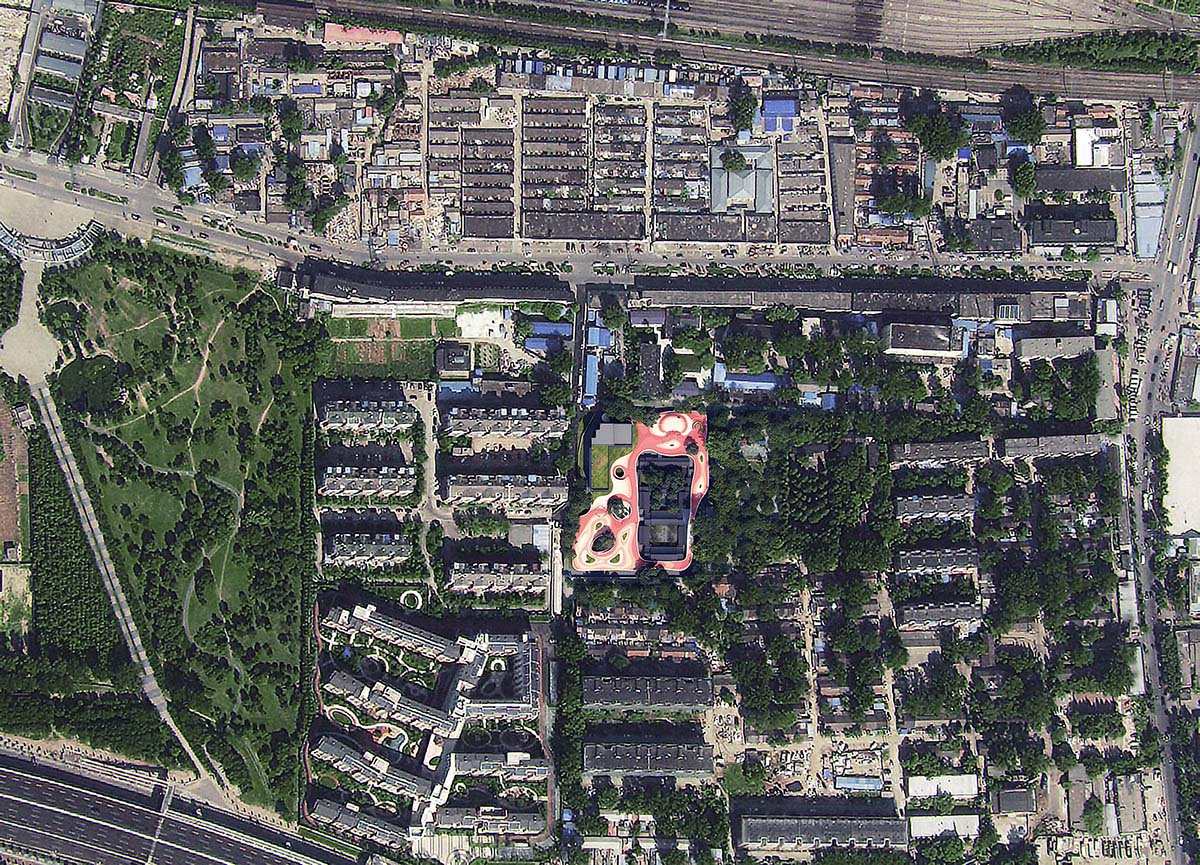 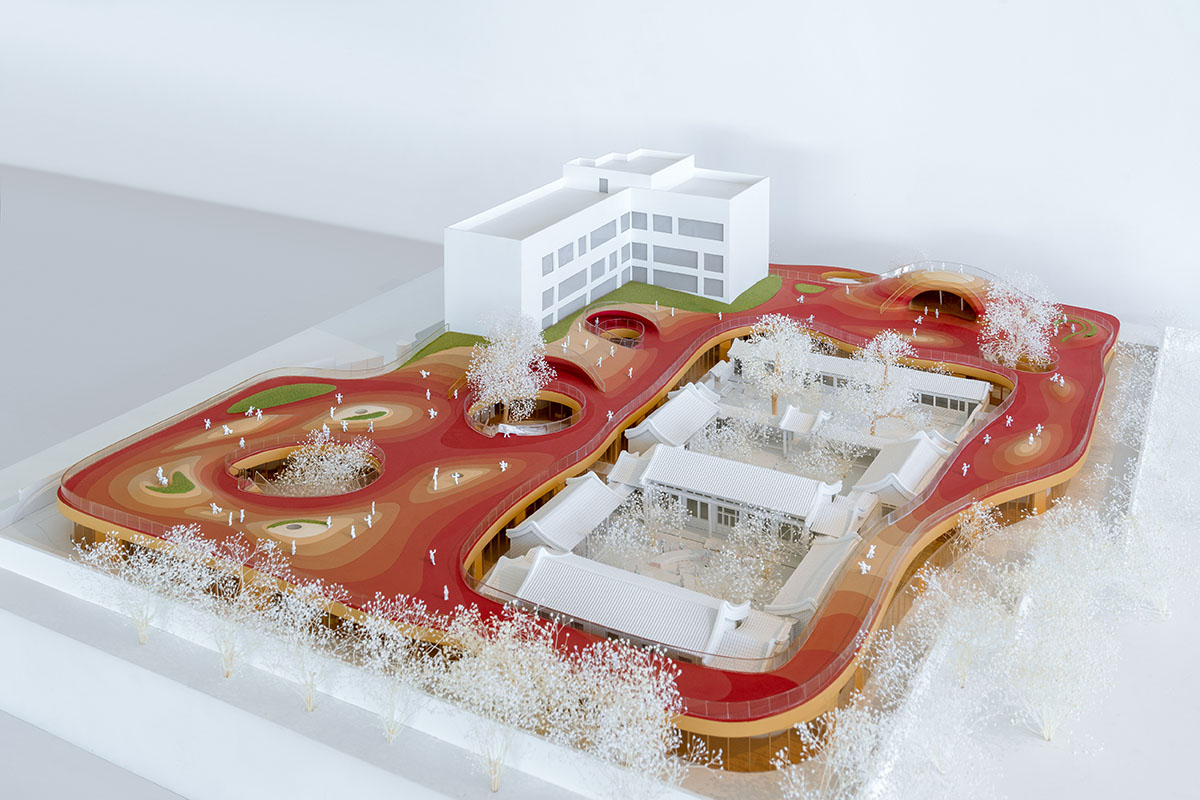 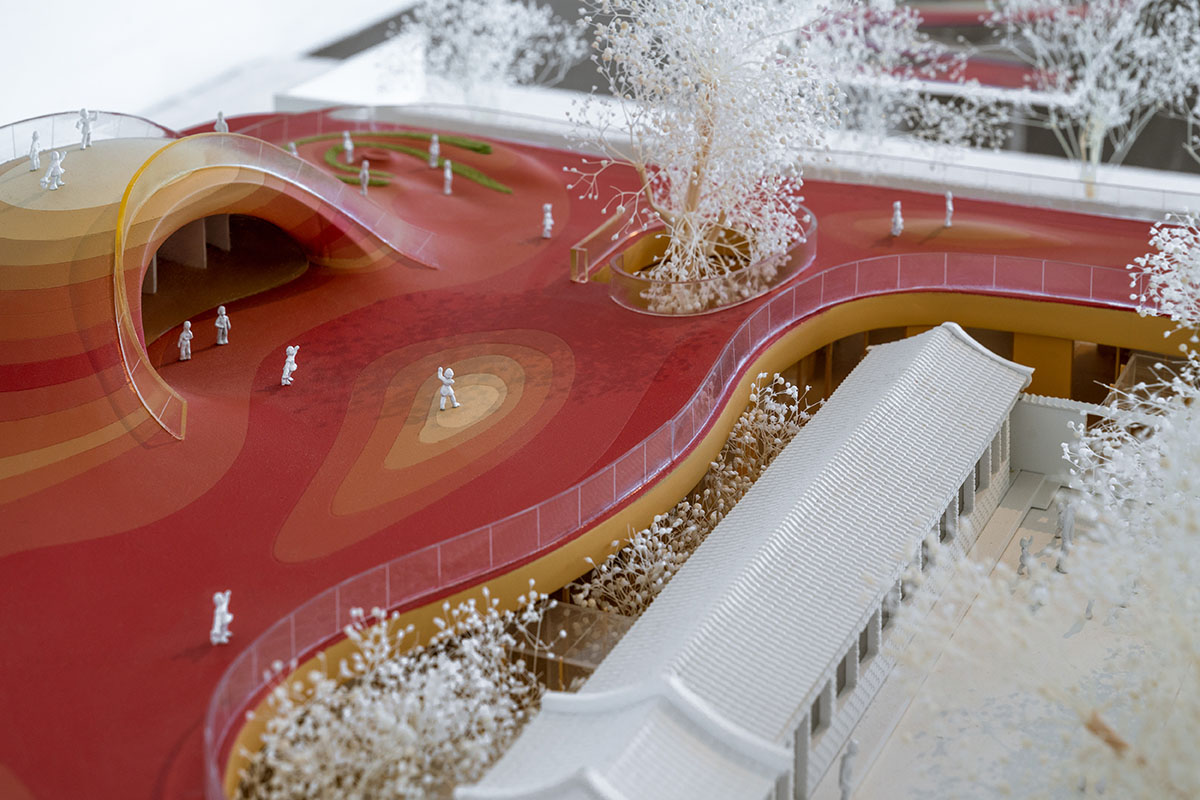 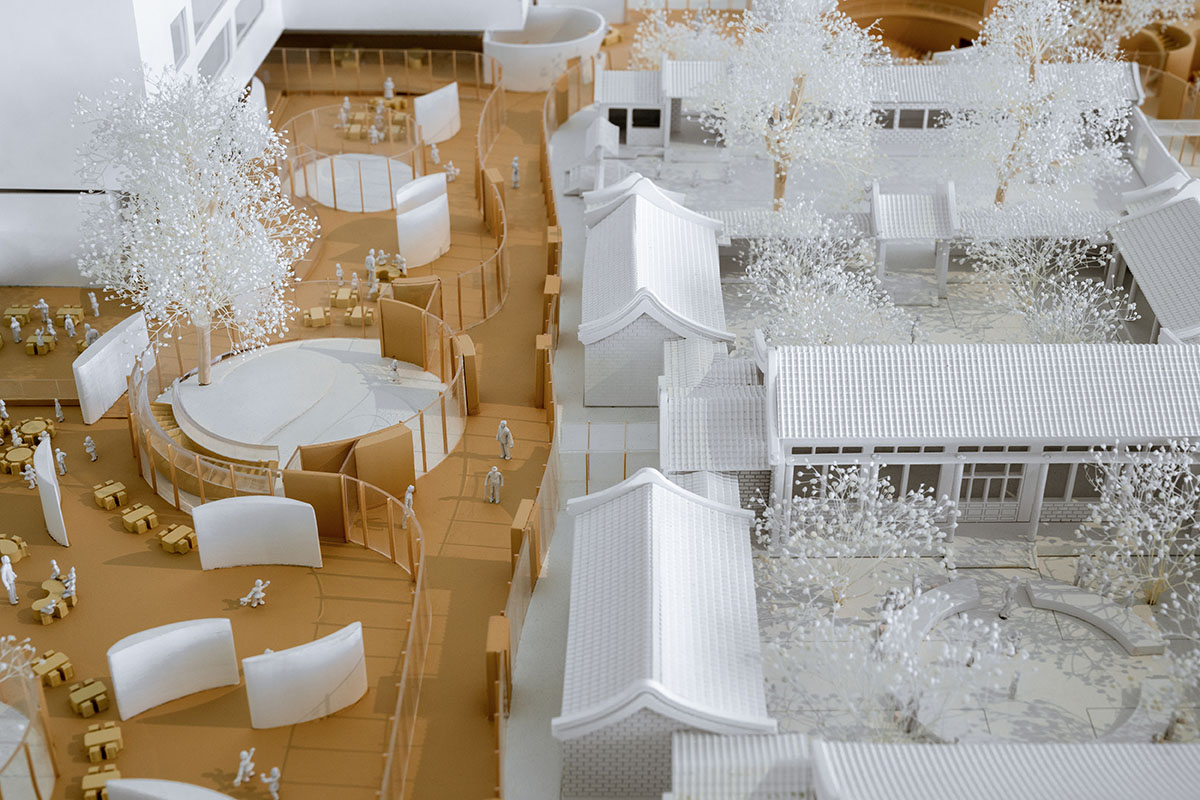