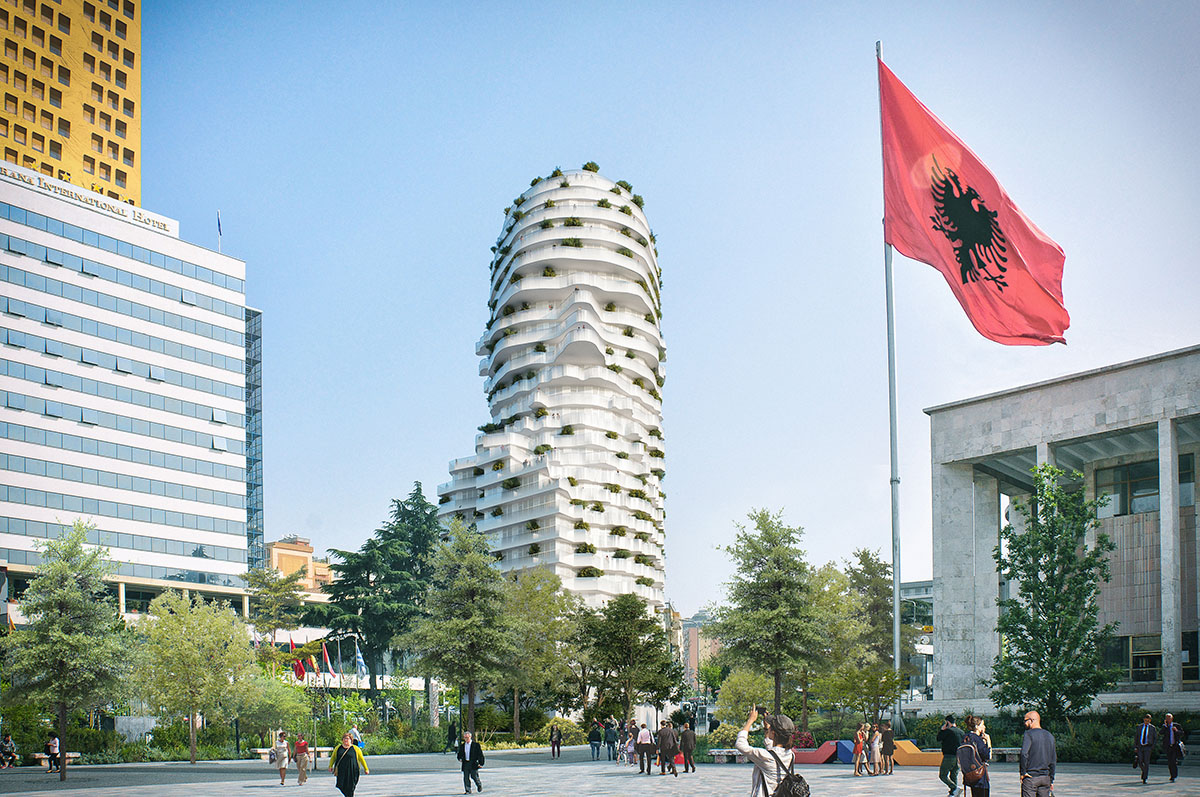 MVRDV has sculpted a new mixed-use tower in the shape of a statue of Albania’s national hero, Gjergj Kastrioti, in Tirana, Albania.

Named Skanderbeg Building (officially known as Tirana’s Rock), it is a 85-metre-tall mixed-use project and sculpted into the shape of a bust of Albania’s national hero.

The new tower will be among the world’s largest buildings that doubles as a figurative sculpture, according to MVRDV.

The tower is wrapped in curving balconies that form the shape of the head of Skanderbeg. The building is aimed to be an iconic landmark at Skanderbeg Square, the very centre of Albania’s capital, celebrating and assimilating into the country’s cultural history while giving Tirana a unique identity unlike any other capital city. 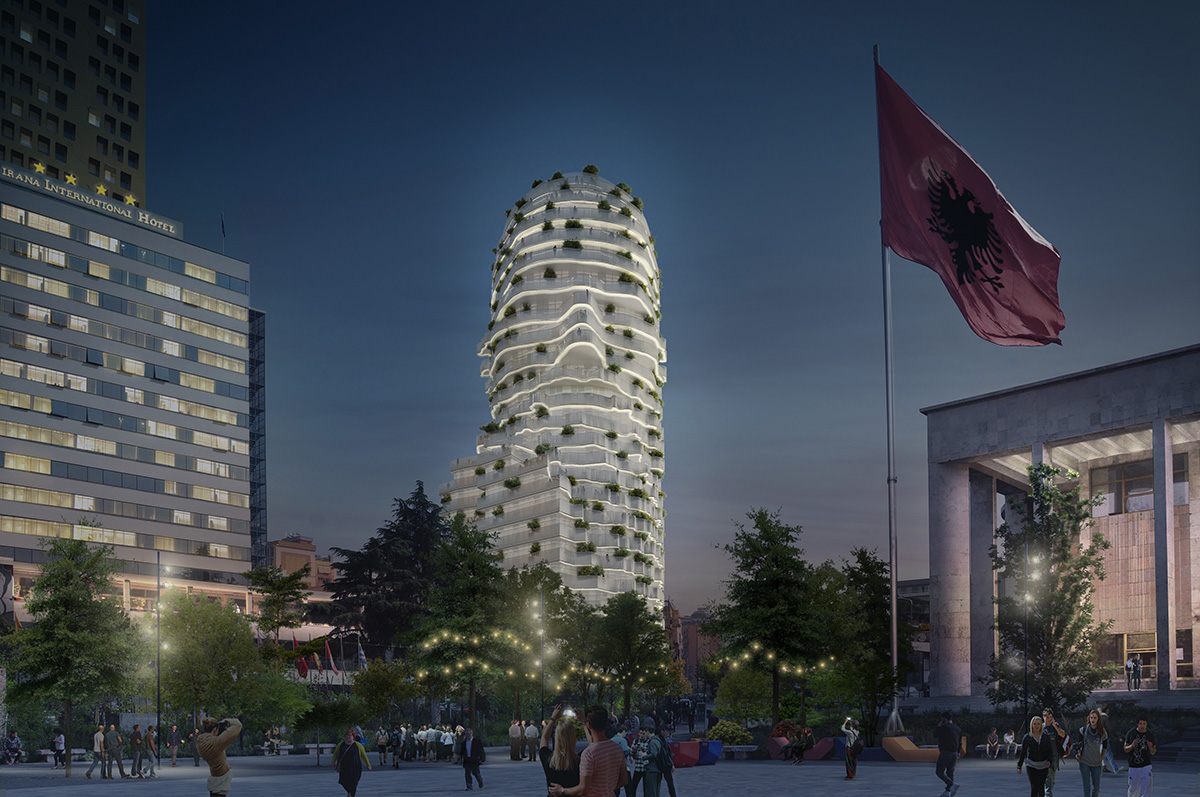 At the same time, behind its dramatic visage the building provides well-designed, functional homes in one of the most desirable locations in all of Tirana.

Gjergj Kastrioti, more commonly known by the name Skanderbeg, is a prominent and central figure in the history of Albania, playing a crucial role in its conception as a nation-state.

Kastrioti is known as the country’s national hero, venerated most notably in the name of Skanderbeg Square, the main public square in the centre of Tirana, and the accompanying Skanderbeg Monument.

Located on the square’s northeastern corner, the designed was commissioned by investors ANA sh.p.k. and VI&VI sh.p.k and brings his presence to a whole new level. 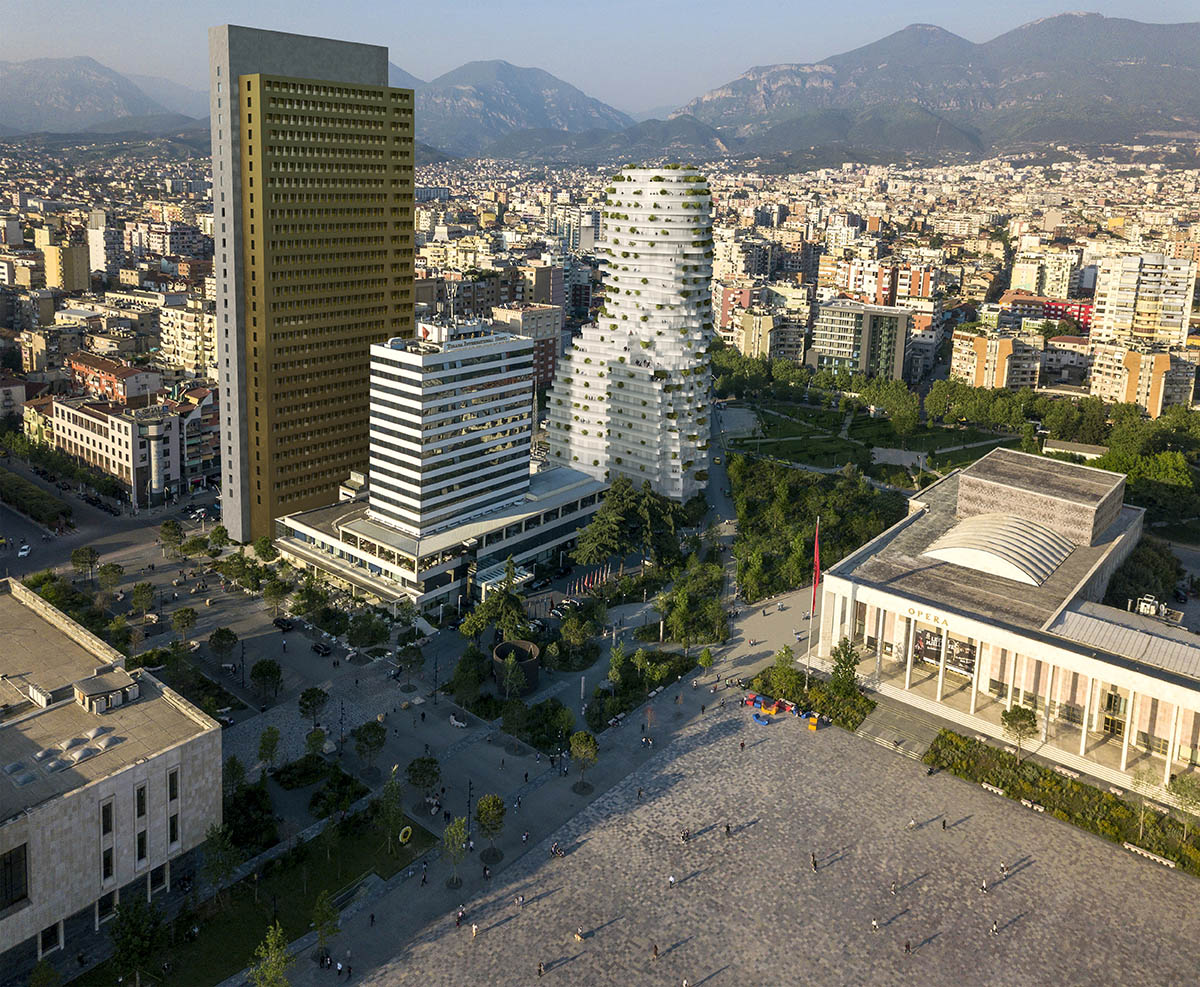 At street level, the building fills the awkwardly shaped site to its very edges, and Skanderbeg’s head is "carved" from this maximum allowable volume like a marble bust.

His shoulders align with the widest part of the site, while his head is turned to the right, facing the square that carries his name.

MVRDV stated that the design achieves its unusual appearance by making use of balconies that wrap around the entire building on every level, with curved protrusions forming the facial details such as the nose, ears, and beard. 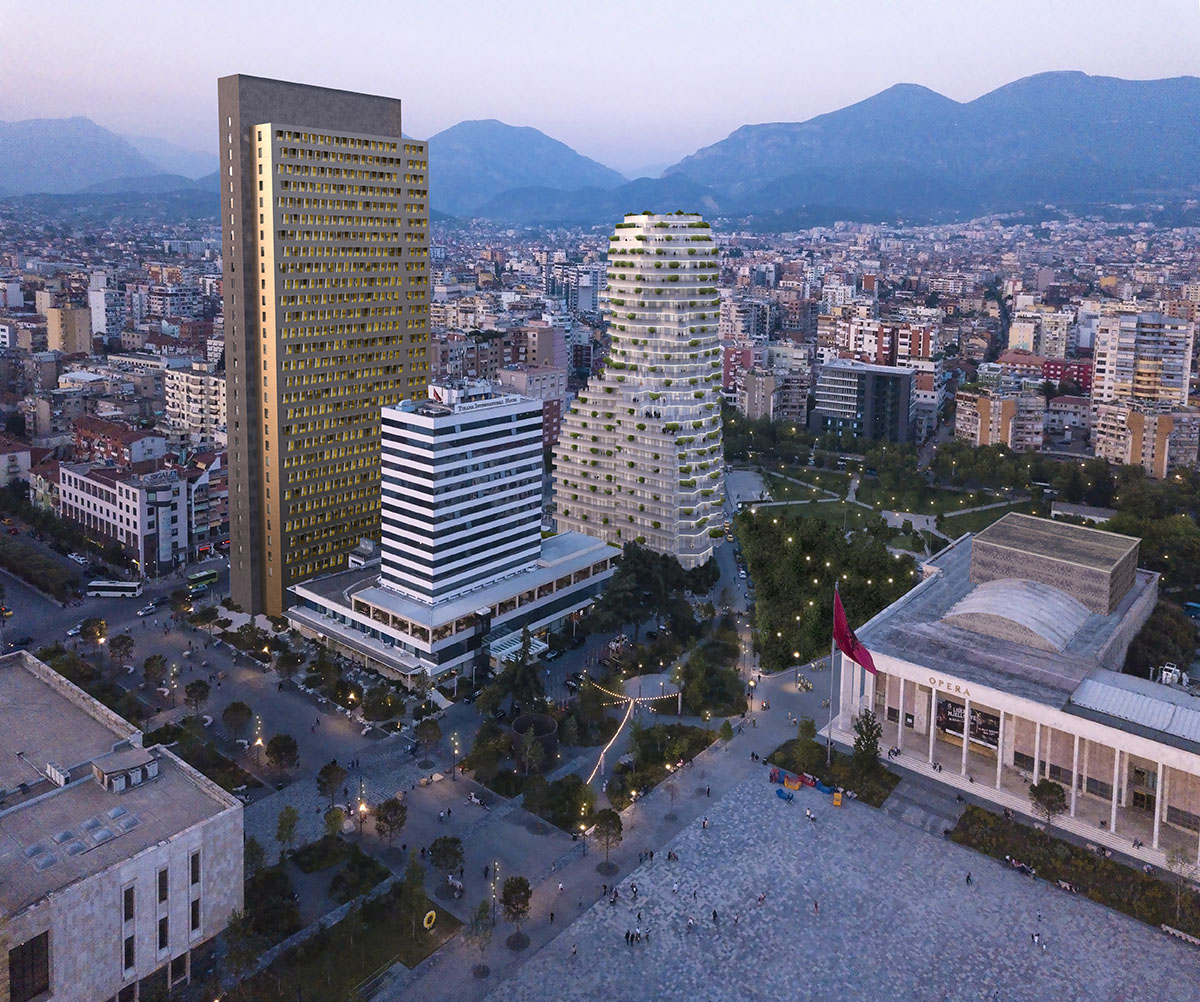 These balconies allow the building’s interior spaces to adopt a more rational floorplan while providing a significant amount of valuable, shaded outdoor space for occupants.

The resulting effect is somewhat subtle; people may need to look twice to understand the building’s shape, depending on the angle from which they see it. This expressive approach fits seamlessly into a city that has developed a tradition of mixing art and architecture as part of its post-communist renaissance.

Inside, the building contains one level of commercial space and four levels of offices, programmes that can accommodate the deep floorplans at the bottom of the “bust”. 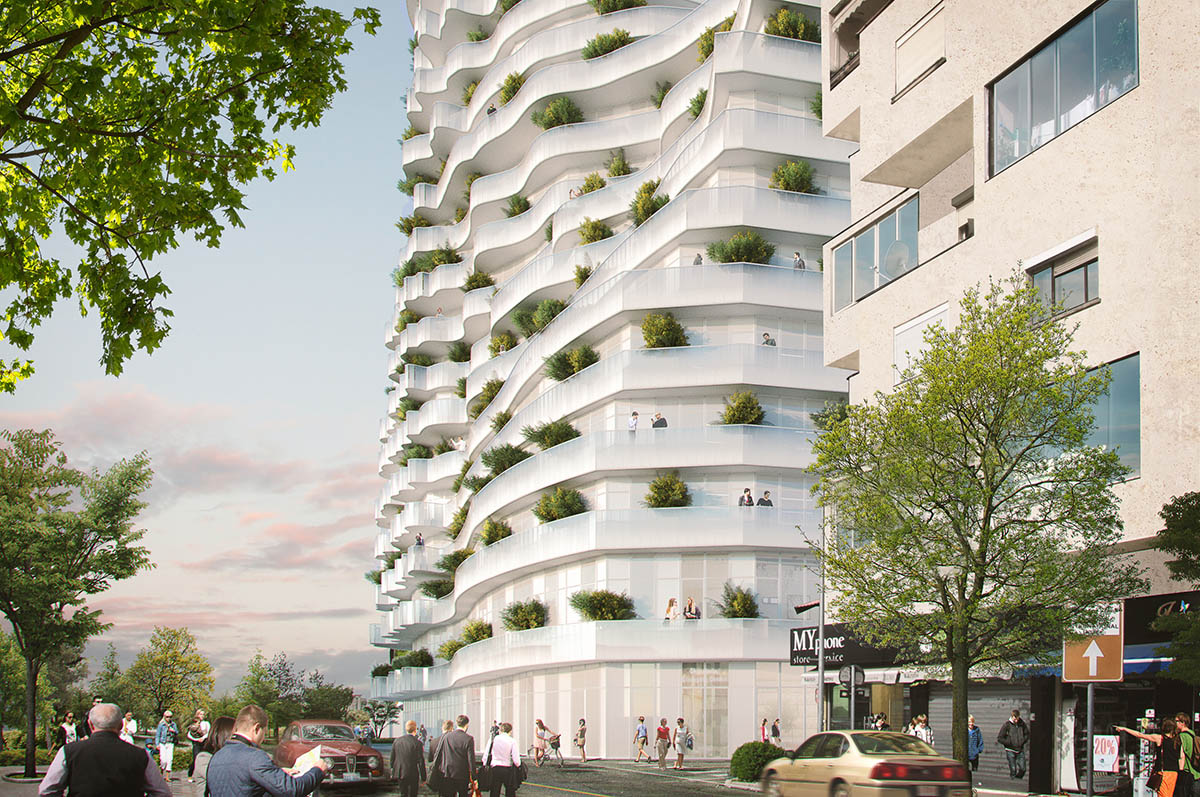 Above this, 20 floors of residential apartments fill the “head”, with special care paid to each individual floor plan to ensure that these homes are functional despite the irregular shape of the building.

"These days, cities around the world increasingly look like each other – I always encourage them to resist this, to find their individual character and emphasise it," said MVRDV founding partner Winy Maas.

"To me, the Skanderbeg Building is an opportunity to do just that. It brings new meaning to existing elements of Albanian architecture."

"As Albania begins its negotiations to join the EU, projects such as this one are part of the European Project – it stresses Albania’s history, character, and presence in a unified Europe of many states," Maas added.

The balconies for each home are separated by built-in planters, which allow the greenery in the surrounding area to extend up the building, with native plants used throughout. 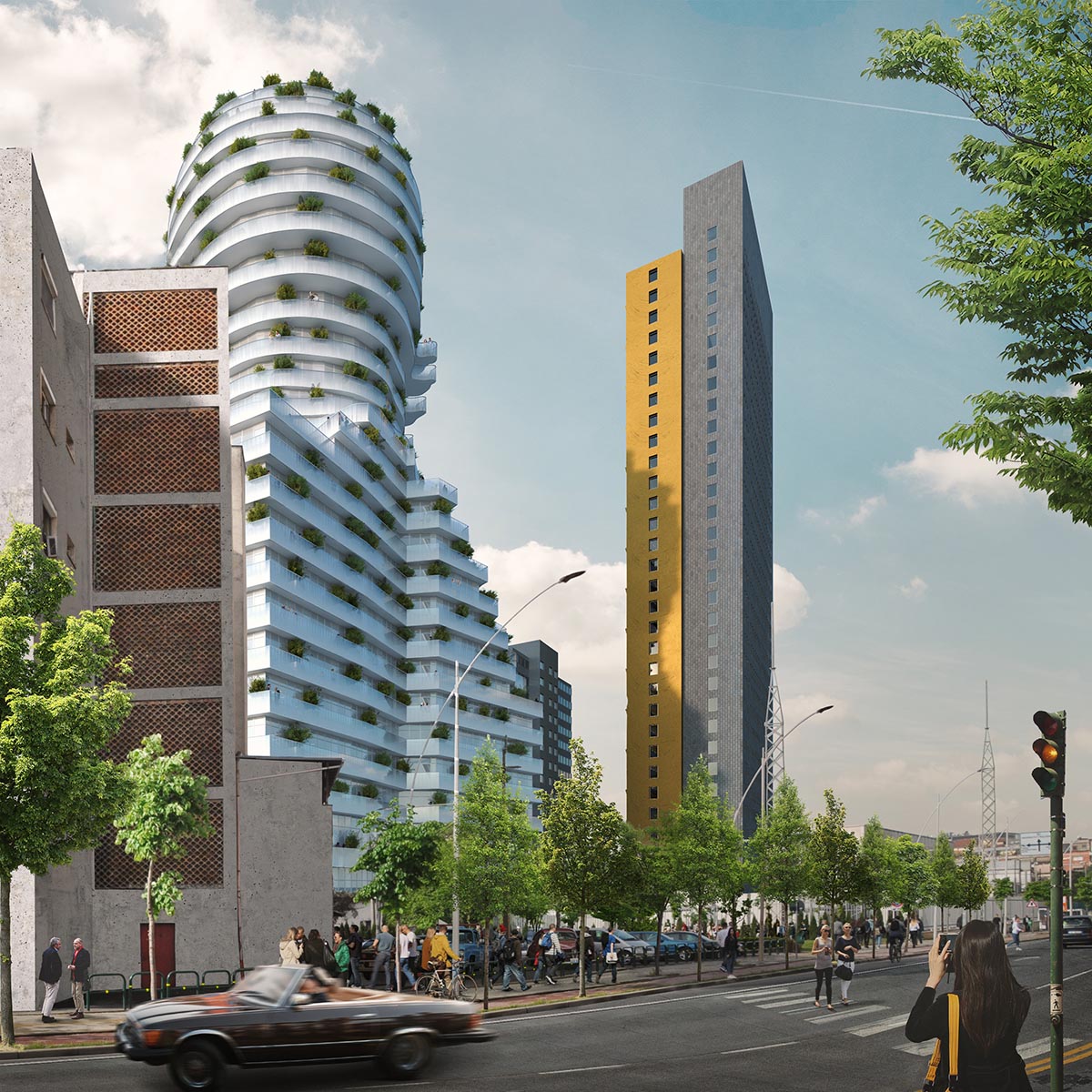 The design incorporates a number of features that make it sustainable in Tirana’s warm climate. Thanks to the broad overhanging balconies, the building is protected from excessive sunlight, and the floor layouts enable natural cross-ventilation.

The balconies’ glass balustrades feature a gradient finish, fading from a milk-white to a clear finish and lending the building an ethereal, marble-like appearance. At night, lighting strips built into the underside of the balconies highlight the form of Skanderbeg’s head, making the building a beacon and landmark in the city.

MVRDV is working with local studio Atelier Armand Vokshi on the project. 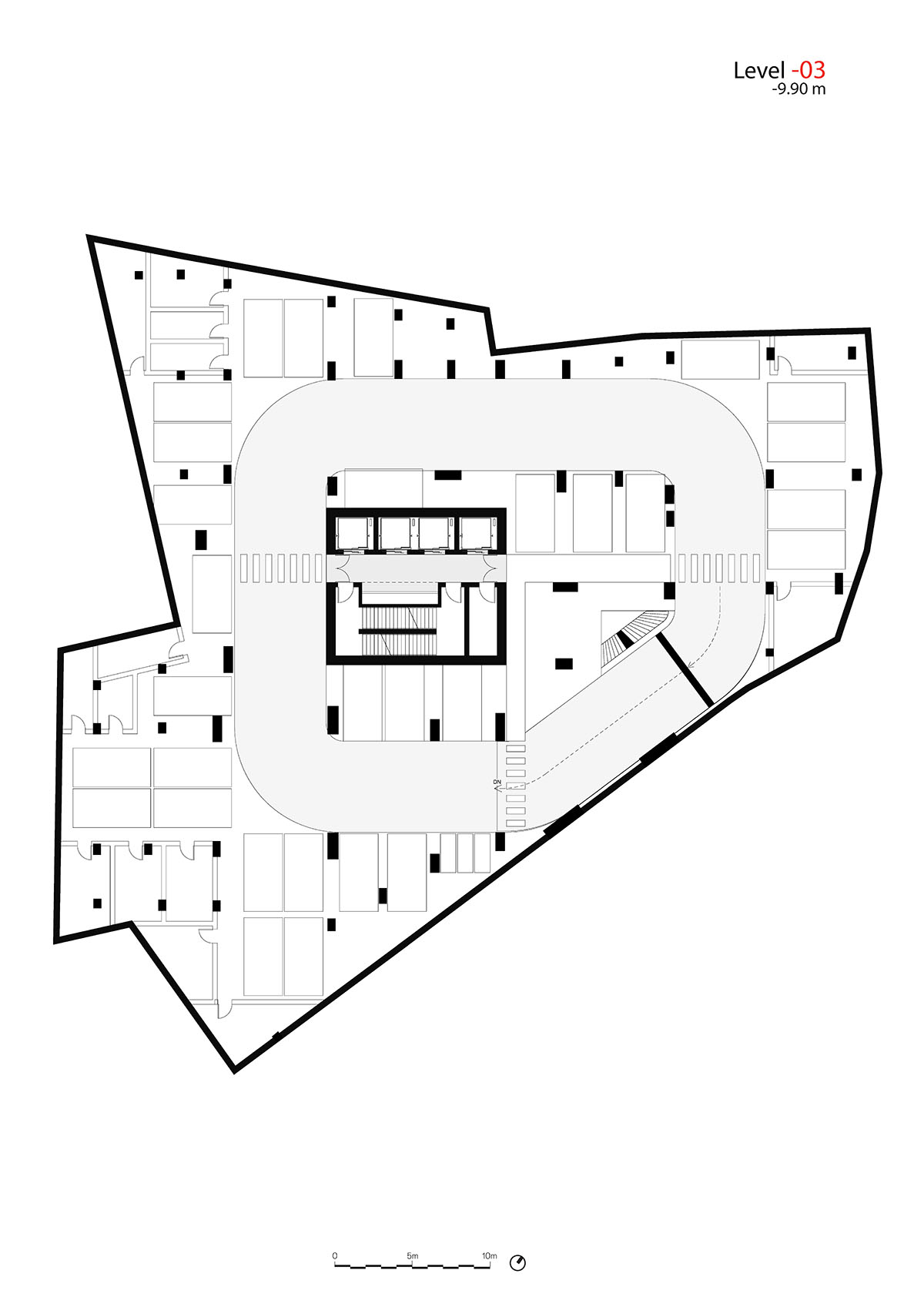 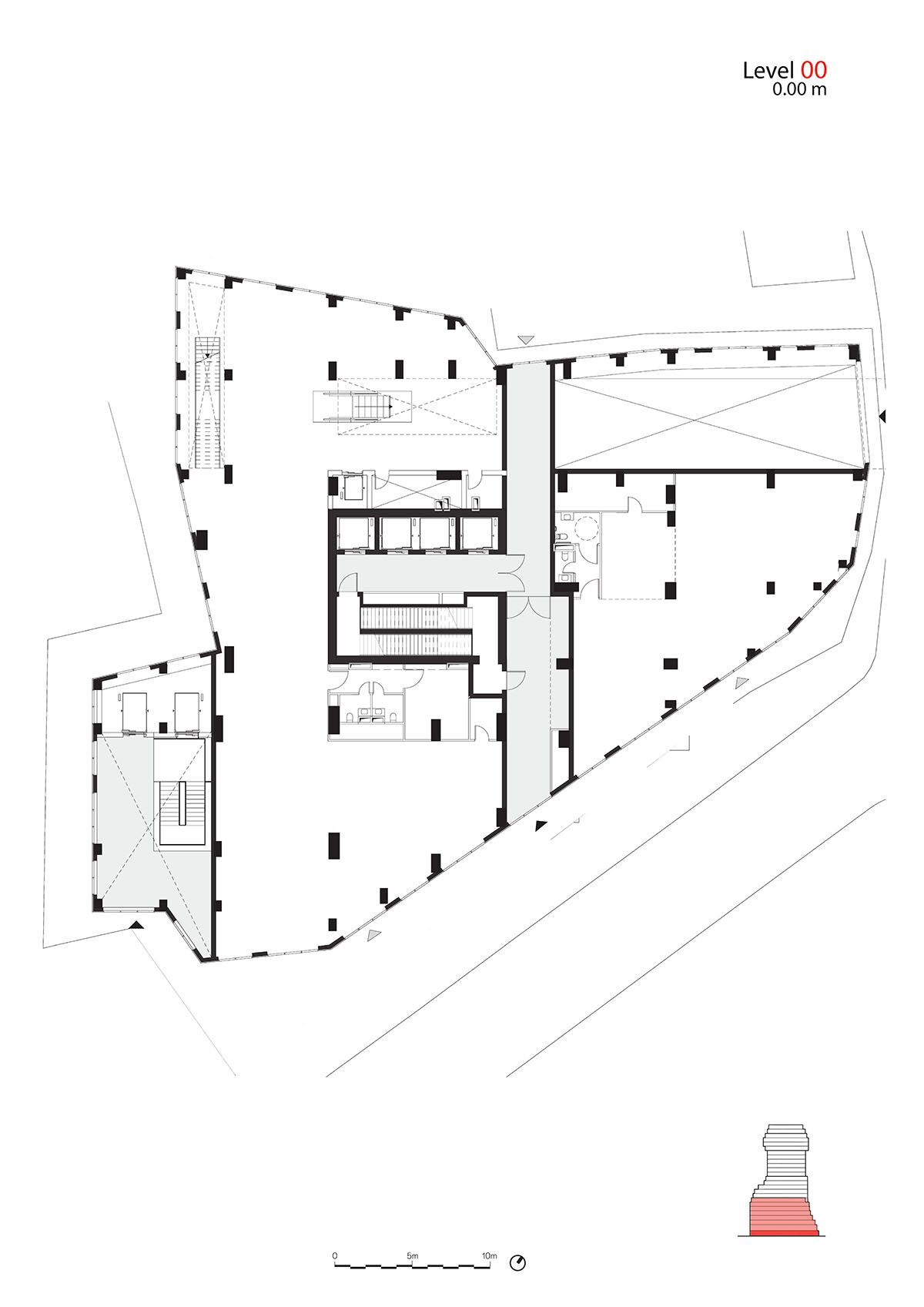 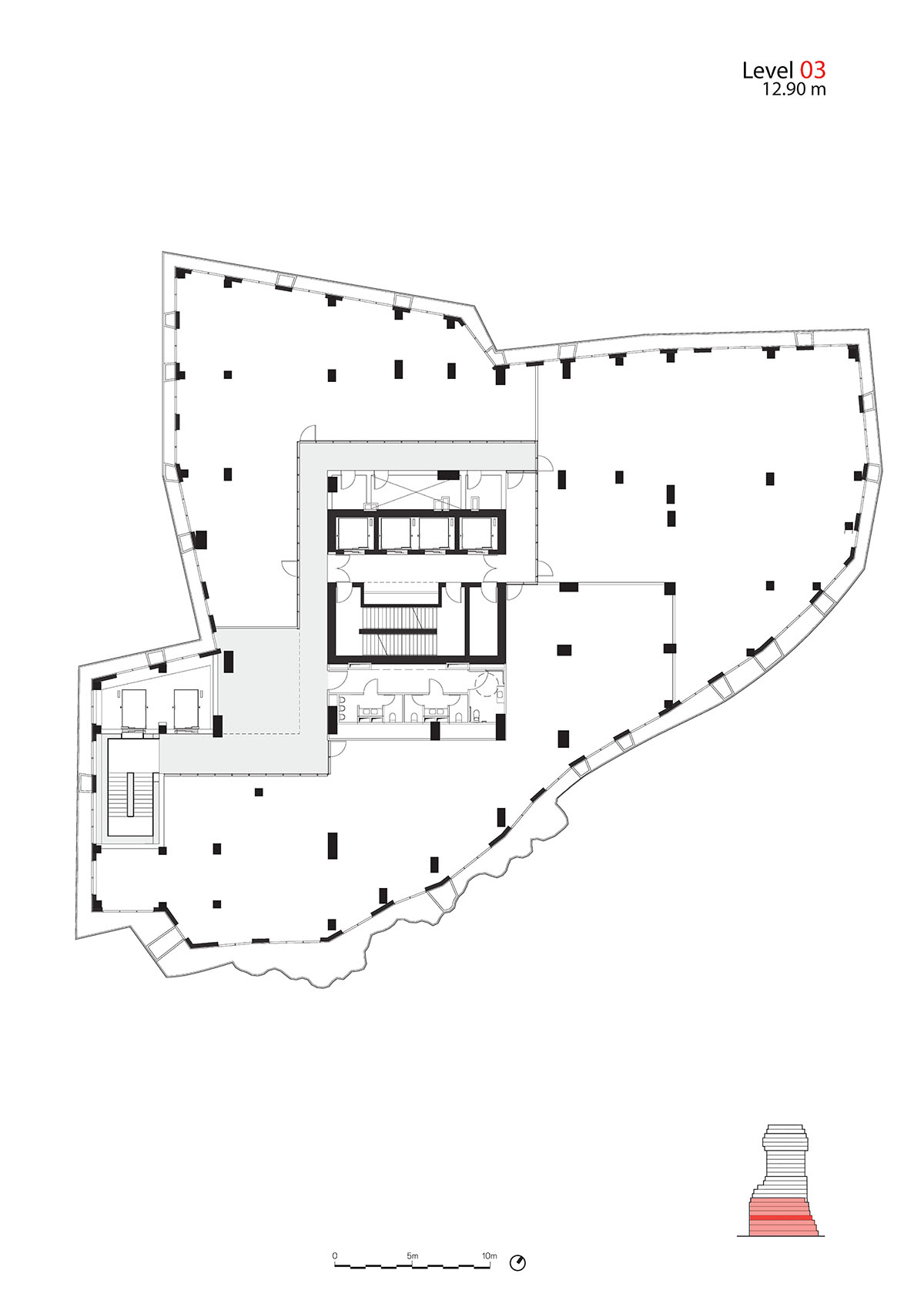 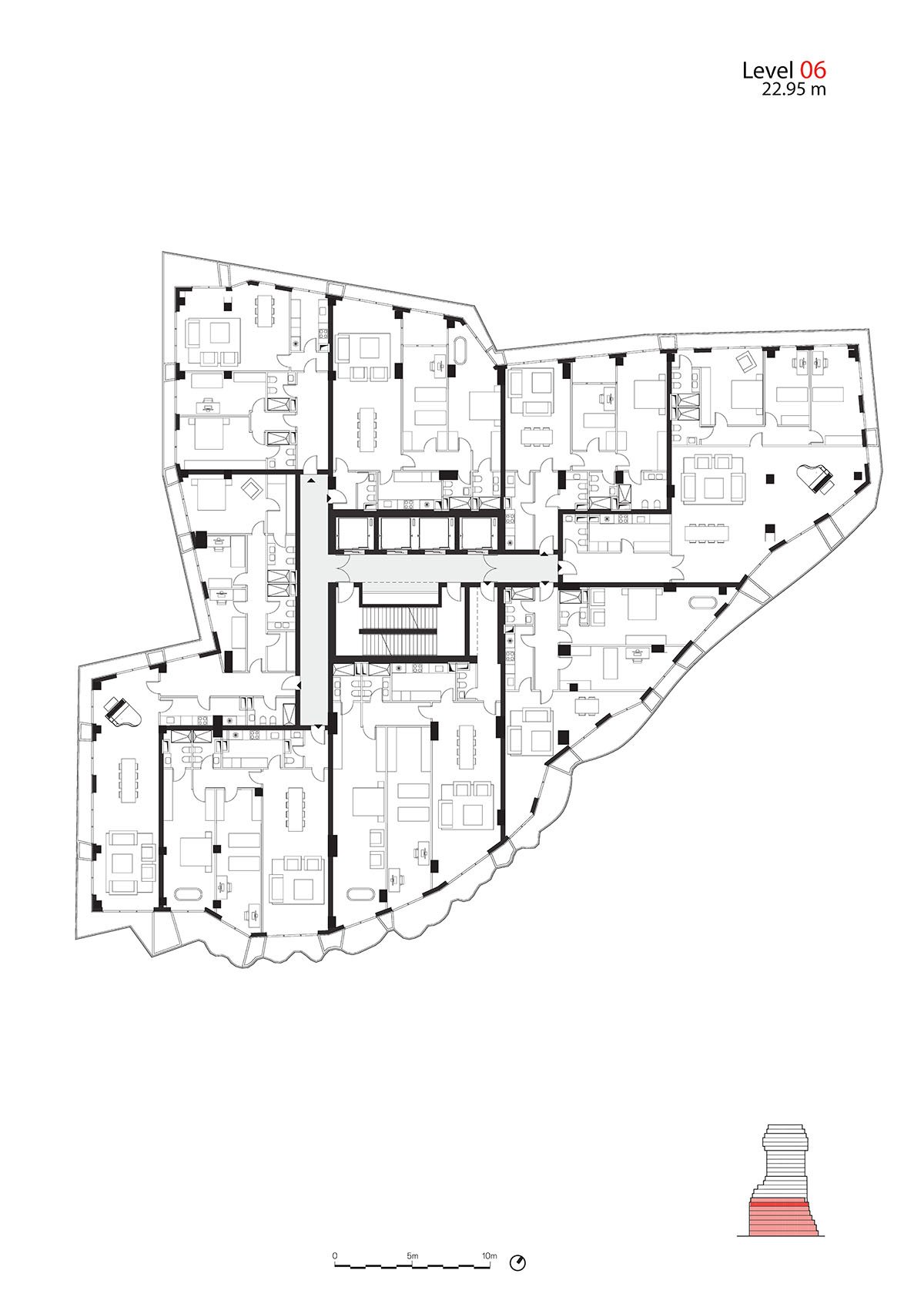 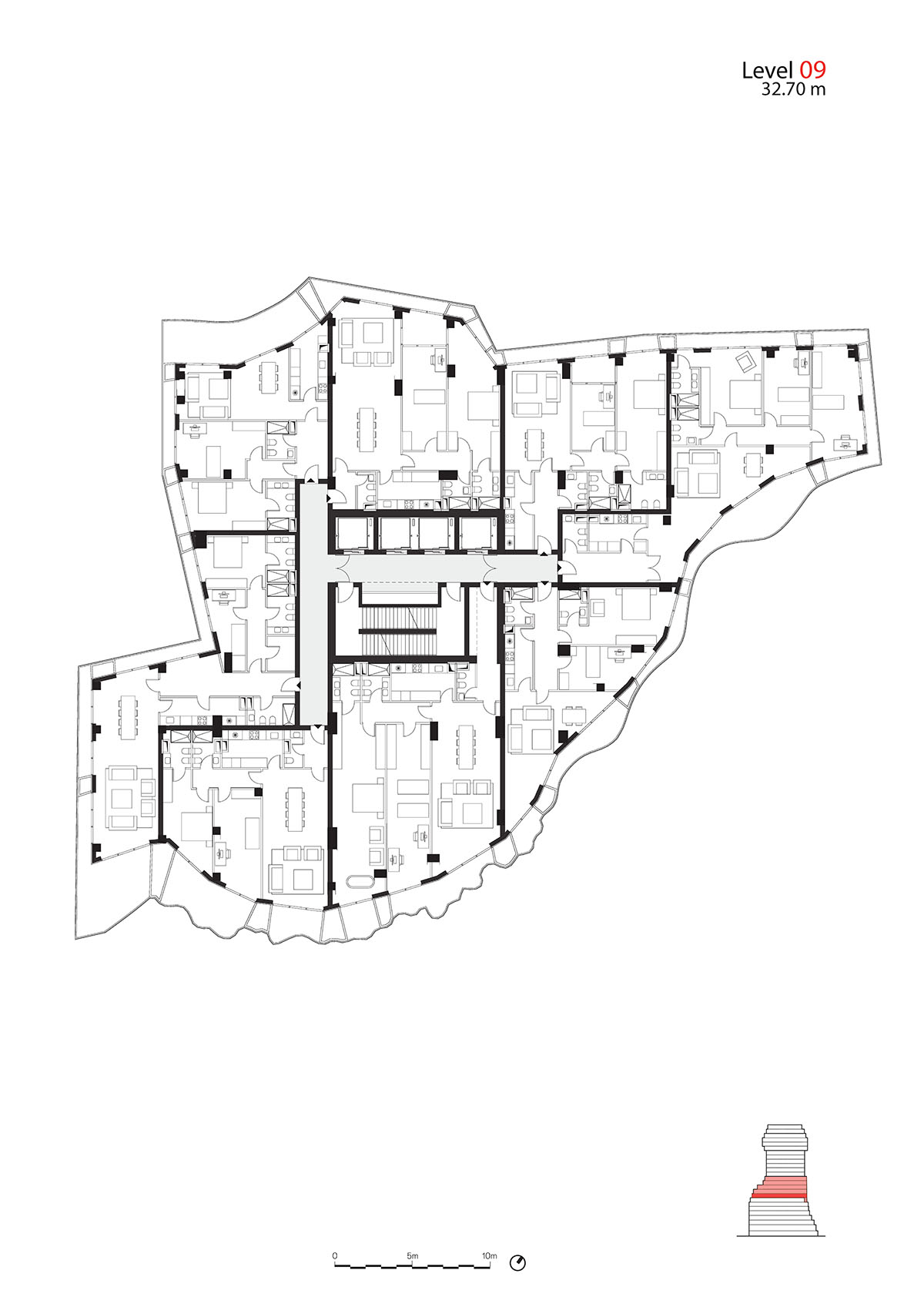 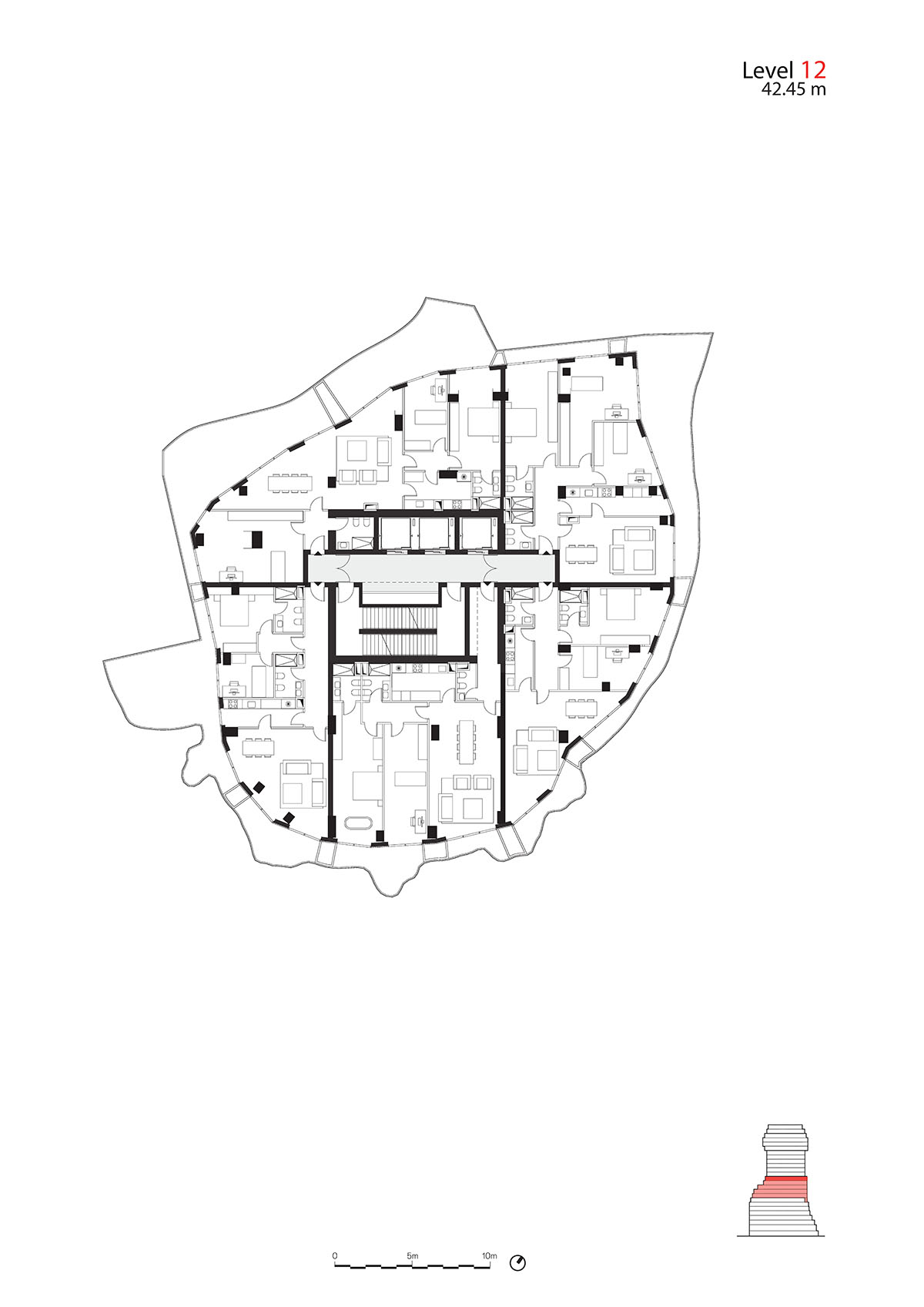 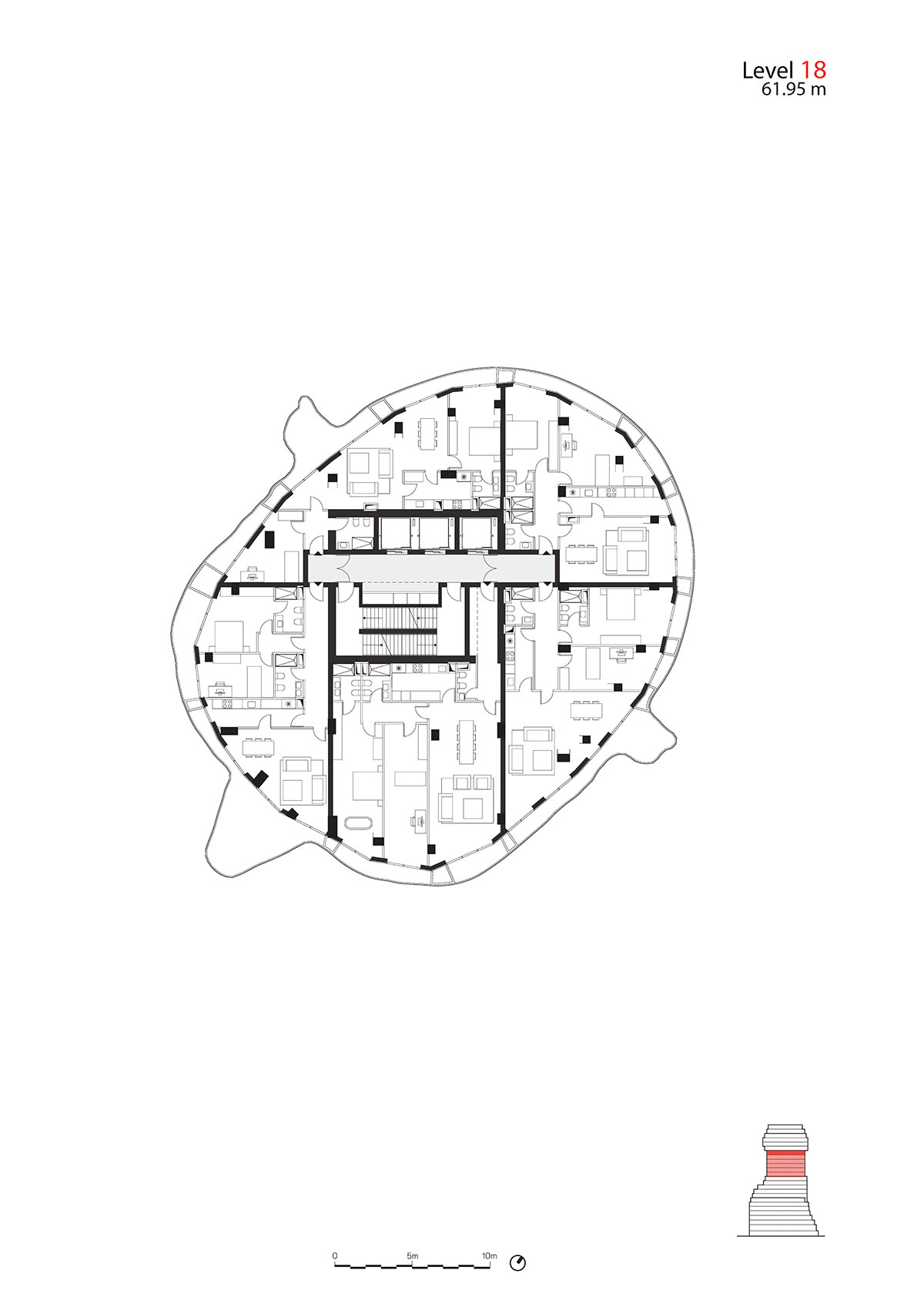 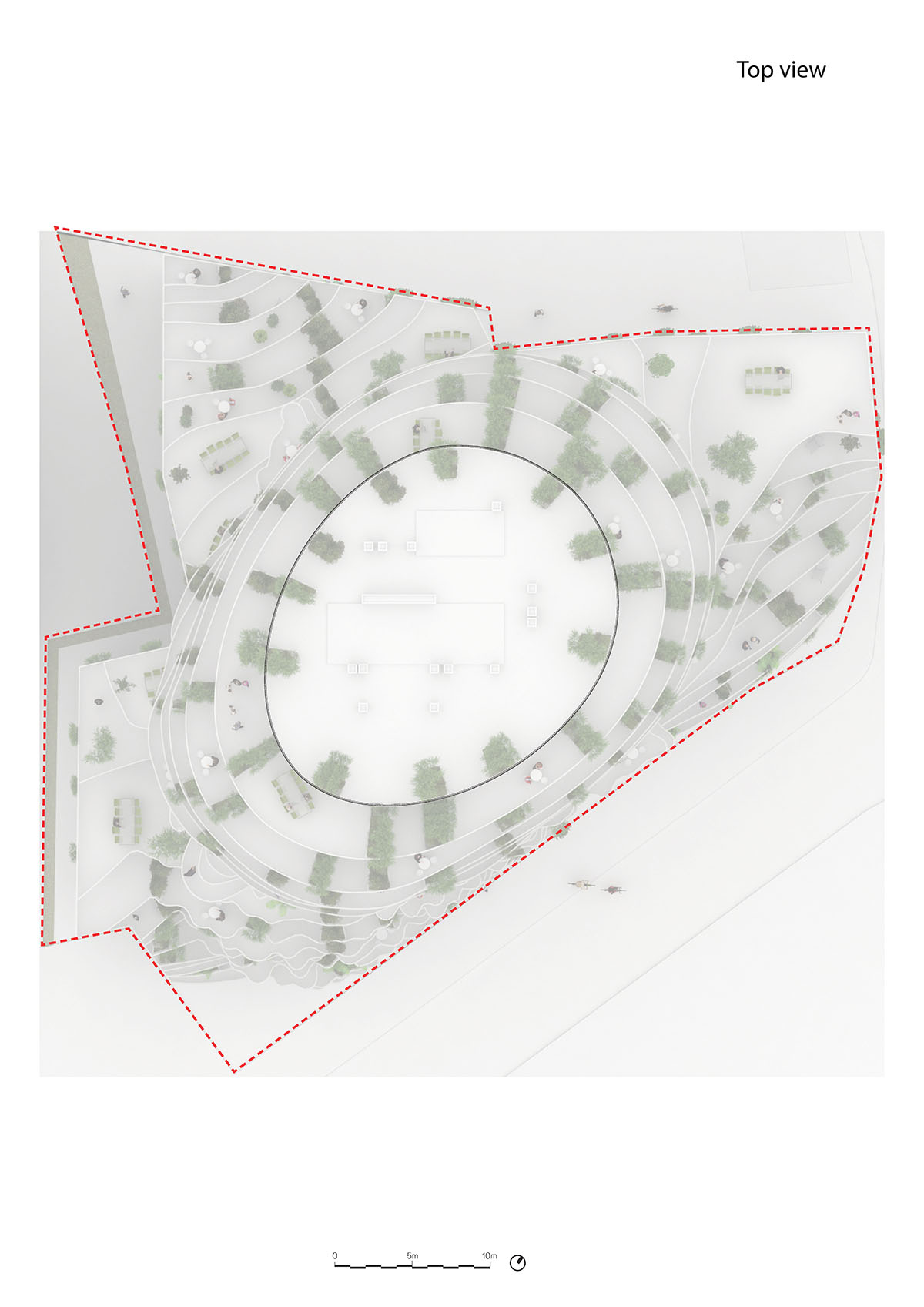