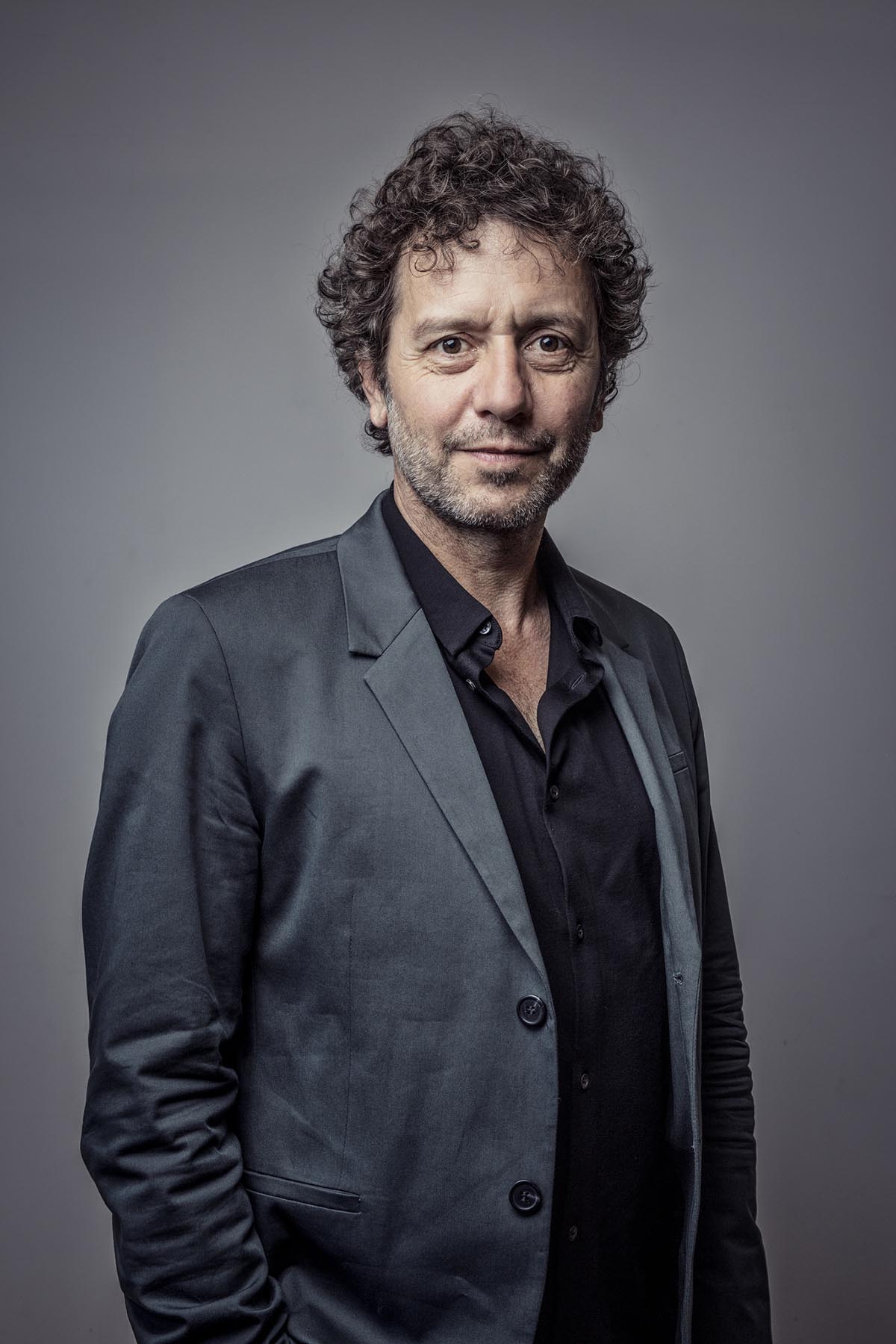 We are shocked and saddened by the death of journalist Marcus Fairs, known for her pioneering role and deep influence in the world of architecture, design and digital media.

Marcus Fairs, the visionary British journalist, innovator and entrepreneur and Dezeen founder, unexpectedly and tragically passed away on 30 June, he was 54.

According to Dezeen's statement on July 4, Fairs was taken to hospital on Tuesday, 28 June after feeling ill and he received a short period of intensive care before his death on Thursday, 30 June 2022.

Fairs' incredible intelligence, elaborative journalistic talent, keen eye for details and unstoppable passion for work reveal how Dezeen has evolved from a small blog site to a versatile, influential and immense digital publication in 16 years.

The Dezeen website, which he launched from his spare bedroom in 2006, witnessed the digital evolution of the design world and showed the importance of conveying knowledge in a different and impactful way in the design and architecture world.

"Tragically, our leader and mentor is no longer with us. But the entire Dezeen team is committed to continuing what Marcus started and ensuring that his legacy stands the test of time," said the Dezeen statement.

Fairs leaves behind two children, Jordi and Millie Fairs, his parents David Fairs and Georgina Ledward, sister Elly Fairs, and his wife Rupinder Bhogal, who is a director at Dezeen.

"I am incredibly sad and still in shock. I first met Marcus in Prague in 2018 and later later our paths crossed again in Istanbul and we were in contact for a long time. His passion for his work and his ingenuity, his keen eye for detail and his great ability to observe any detail were immediately evident. Dezeen's influence and contributions to architecture and design culture and discourse play a serious role in the design world. Marcus' ability to evaluate all aspects of knowledge and make it debatable was incredible. He was always looking for new initiatives and ideas, and was incredibly supportive. Our thoughts are with his family and friends, loved ones and the Dezeen team," says World Architecture Community editor-in-chief Berrin Chatzi Chousein.

Fairs studied 3D design at the University of Wolverhampton and graduated in 1990. In 1996, he received post-graduate certificate in periodical journalism from the University of the Arts London. Later he started his journalism career by writing for Architecture in Building Design and Building. He also worked as a freelance journalist in publications, including Blueprint, The Guardian, The Independent on Sunday and Conde Nast Traveller.

He launched Icon, the international architecture and design magazine, in 2003 just before launching the online design magazine Dezeen from his spare bedroom in 2006. Under Marcus' influence, the magazine grown rapidly and quickly becoming the world's most respected and influential digital design publication.

Fairs received many prestigious awards during his career, including the British Society of Magazine Editors's Business Web Editor of the Year in 2013 and an honorary fellowship by the Royal Institute of British Architects in 2017 - which made him the first journalist to receive the honour. He was named as the third ambassador of Dutch Design Week 2017, he was the first journalist to hold this title by DDW.

Like many major digital architecture and design publications have changed hands recently, Dezeen was acquired by Danish media group JP/Politiken in 2021. Fairs continued to work as CEO and editor-in-chief of the magazine.

After Fairs' unexpected death, many architects and designers, architecture critics in the world of architecture and design and those who worked with him shared their tributes to Dezeen founder via social media, including Norman Foster, Winy Maas, Thomas Heatherwick, Beatrice Galilee, Dara Huang, Ben van Berkel and many more.

"A pioneering and visionary journalist"

"A pioneering and visionary journalist, Marcus was instrumental in setting a new direction of architectural journalism in the UK," said Norman Foster, founder of Foster + Partners.

"At Dezeen – which Marcus started from his home in 2006 – he created a global platform for architecture and design, raising the profile of creative industries the world over. An astute journalist and insightful commentator, Marcus shone a spotlight on many young architects and designers and has been instrumental in demonstrating how good design can make a positive contribution to the world around us.

"His immeasurable contributions to the creative industry will forever be part of Marcus’s immense legacy. He will be sorely missed by us all but never forgotten, as his spirit will live on in the indomitable and unsurpassed Dezeen website. My thoughts are with his immediate family and the entire Dezeen team," Foster added.

Heatherwick Studio founder Thomas Heatherwick told The Architects’ Journal that It’s heart-breaking to hear this tragic news. Marcus was like the mischievous ringmaster who brought the design world circus together. Sixteen years ago, I remember him telling me he was leaving Icon and wanted my thoughts on setting up a website about design. I tried to dissuade him and told him he should do a physical magazine instead and not go online. Very wisely, Marcus completely ignored my advice and went on to create the most successful design website in history. He was a tireless and unique talent. Such a loss."

MVRDV co-founder Winy Maas said in a social media post of MVRDV: "Marcus has been of incredible importance to designers and architects of all backgrounds. He created a truly meaningful platform and he showed immense empathy, enthusiasm and love for architecture. His energy, his drive, his love for provocative manifestos is what I remember most from Marcus."

"Marcus Fairs was a world, a star, an energy source for so many of us"

Beatrice Galilee, curator and critic, wrote on her Twitter that "Marcus Fairs was a world, a star, an energy source for so many of us. He made careers and changed lives. An incredibly talented, passionate  journalist, editor and friend. He had my back, supported and was part of almost everything I did. What will we do now? I’m heartbroken."

UNStudio founder Ben van Berkel commented on his Instagram and said: "I’m devastated by the passing of my friend and founder of Dezeen, Marcus Fairs, who has inspired many by his groundbreaking talent for journalism and gift for re-defining contemporary design media."

"His loss will be felt by all those who knew or admired him from afar. It was a complete privilege to have known and worked with him. My heartfelt condolences go out to his family and those closest to him. Marcus’ influence will continue to loom large on all of us. What a sad day…"

Dara Huang, founder of Design Haus Liberty, shared a picture of Marcus with her on her Instagram and wrote: "I woke up to the saddest letter this morning...Marcus you're gone but not forgotten. You were such a force of nature, the way you created the world's largest digital design platform and inspired so many. Your support gave us voice to tell our stories. You were the ultimate journalist, entrepreneur and friend...my dear, dear friend I can't belive you're gone and we'll never share a laugh together again."

"I remember your story of how you started an online magazine because as a young start up you couldn't afford print. And yet you created an entirely new genre instead."

"In our last conversation you told me about your budding music venture, you sang the must incredible song and you still had that fire to keep creating. You left way too soon my friend... but you were always ahead of your time. I will miss you more than you'll ever, ever know and we might not share a stage tomorrow but one day we'll meet on the same stage again...Thank you for introducing me to so many lifelong friends. You brought the design world together through Dezeen and you're still alive through all of us. My heat goes to Marcus' loving wife Rupinder Bhogal and their beautiful children and the Dezeen family," Huang added.

"Marcus was an exceptional journalist"

RIBA President, Simon Allford, said that "I am deeply shocked and saddened to hear the news of Marcus’ death. Not least as I have known him since we were both young and I always enjoyed our formal and our chance encounters," in a statement by RIBA.

"Marcus was an exceptional journalist with a passion for architecture and design, which he covered with elegance and flair. He had a bold vision to bring news to a much broader professional and public audience, founding Dezeen in 2006. His commitment resulted in him being the first digital journalist to receive an RIBA Honorary Fellowship in 2017."

"Marcus leaves behind a powerful legacy in Dezeen: a world-renowned online editorial platform. He will be remembered for his enthusiasm and innovative approach to engaging the global design community. My thoughts are with his family, friends and all who knew him," Allford added.

Oliver Wainwright, architecture and design critic at The Guardian, shared his reflection on Twitter and said: "Terribly sad, shocking news. Marcus changed online publishing as we know it and was always a mischievous, provocative presence in the design world."

Speaking in a live talk with Fairs just days before his death, Ma Yansong, founder of MAD, described Fairs as "a unique soul" and added:

"My deepest condolences. Really shocked and sorry to hear that. We had the talk just a few days ago. A respectful insightful old friend. A unique soul. I value this friendship very much. His enthusiasm of architecture and his creation pushed the change of the world. He will be remembered and missed," Yansong added.