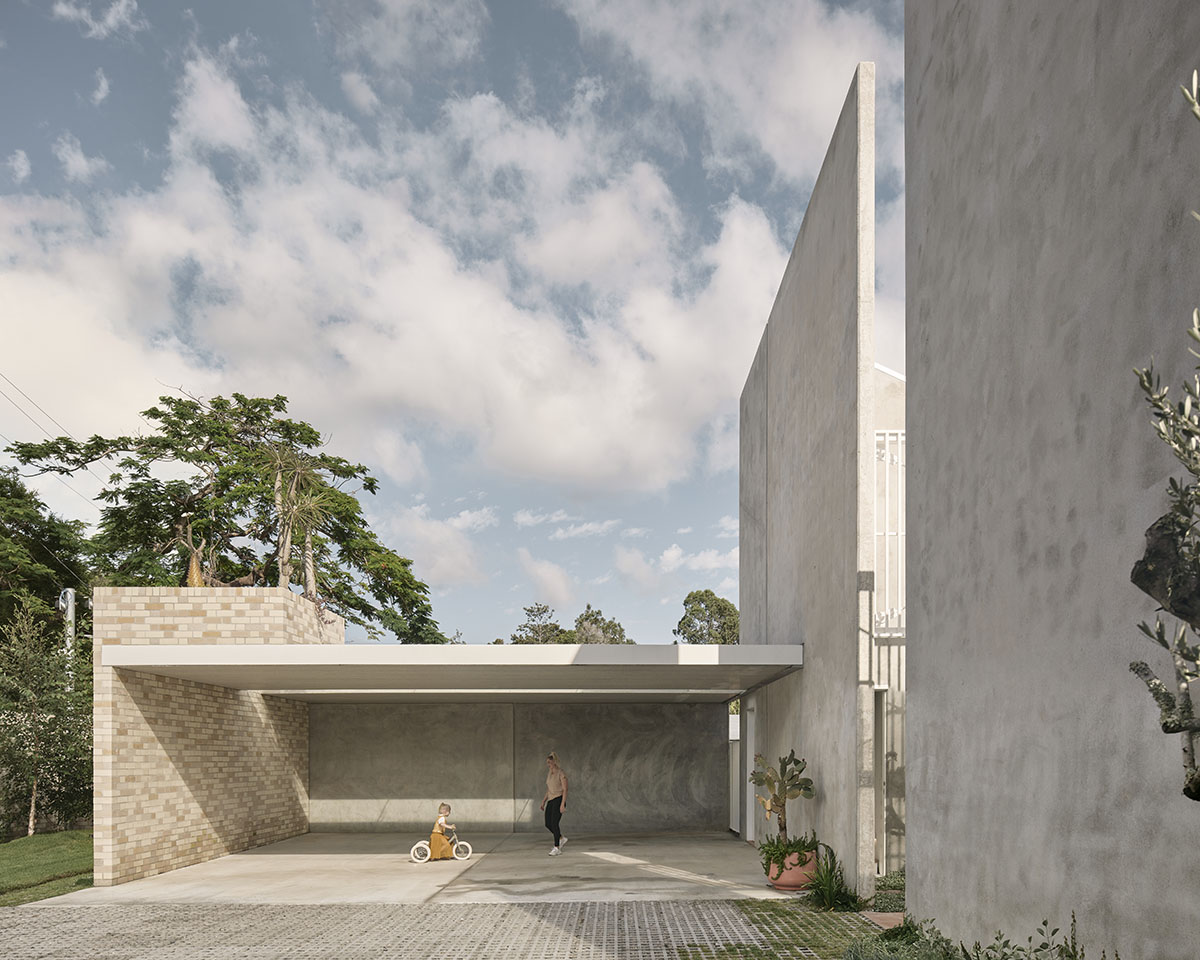 Architecture practice Furminger has added giant massive walls to wrap a ruined structure in Chelmer, a south-western suburb in the city of Brisbane, Queensland, Australia.

Named Chelmer River House, the 120-square-metre house was converted from a ruined structure into a new home for a family.

Considering the possible future expansions of the building, the house was conceived as a giant wall that wraps the ruined building, while programmatic layout was enriched inside. 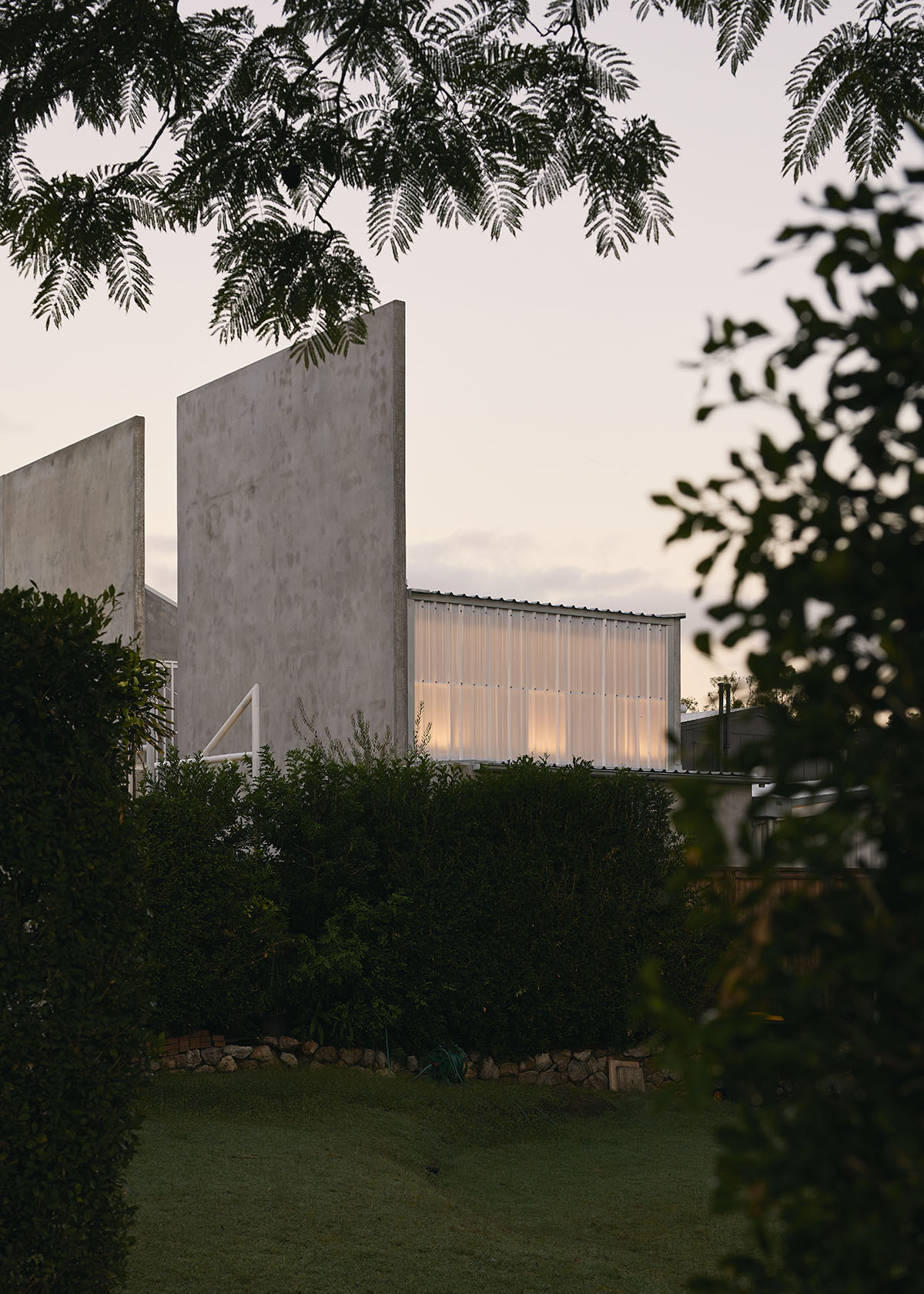 Passersby approaching from the street level perceive the building just like a castle wall. This creates a strong tension between the new and the old, as visitors can not guess how the interiors continue or are designed.

The studio's approach was to follow a basic design approach and aim to devise a building and landscape by using the metaphor of a ruin. The studio conceived the project site as a large garden to hold program for daily activities of the family. 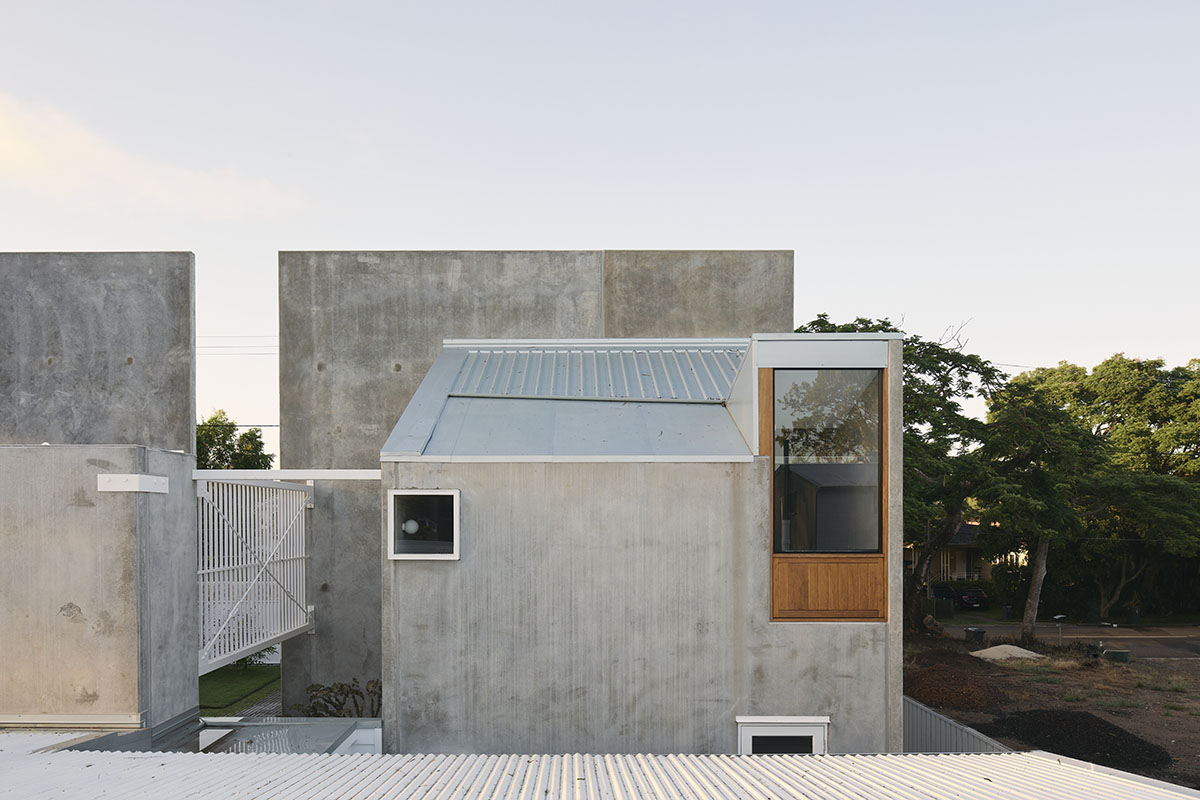 The team designed heavy masonry walls that intersect the site, carving out public and private courtyard gardens. This enabled new entries into rooms through garden spaces.

The architect's aim was to encourage the family members to engage with the surrounding climate, landscape and structure. 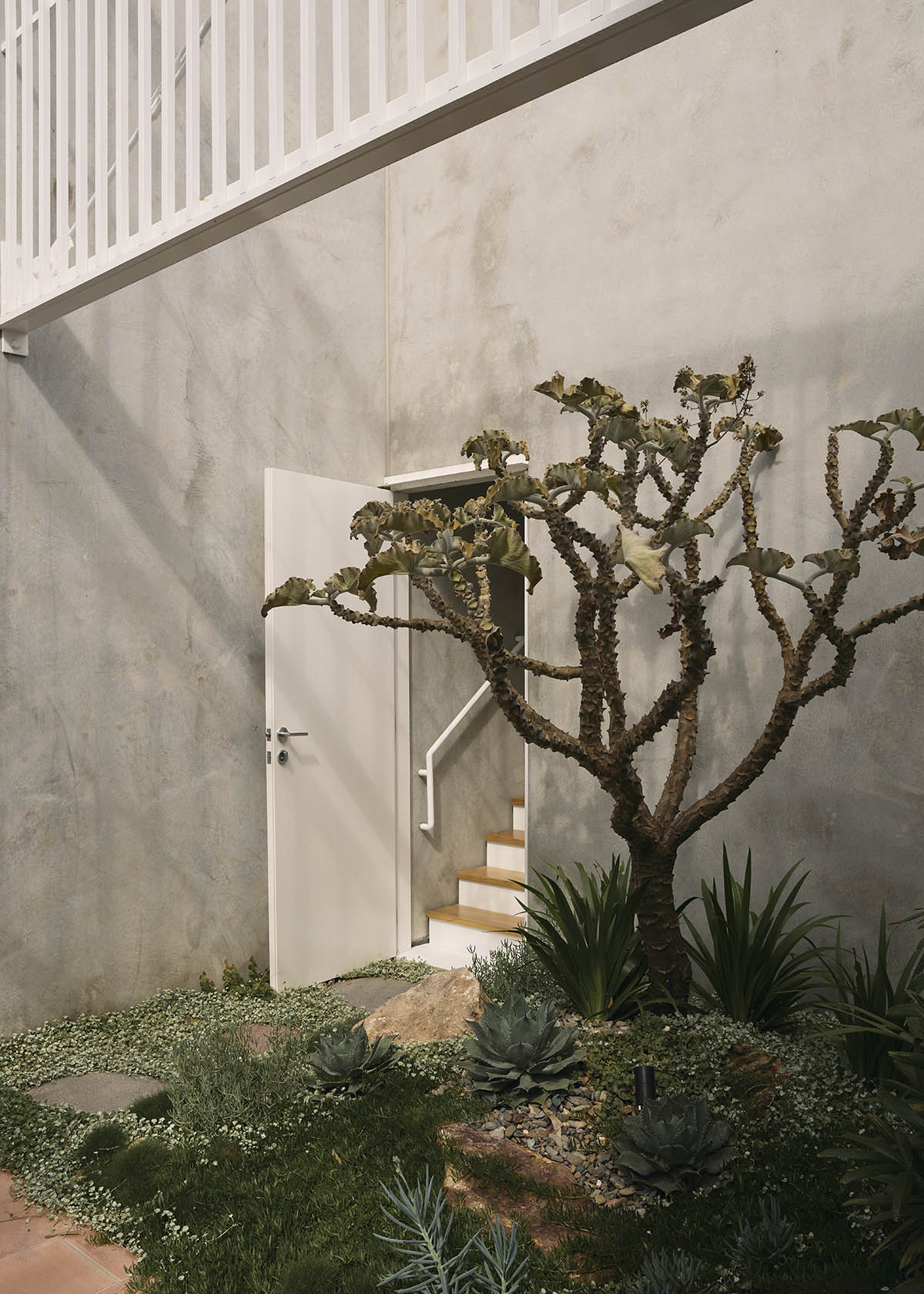 Internal rooms are wrapped by the main garden walls, creating a structure that appears to have no glass nor function.

According to Christopher Furminger, founder of Furminger, "this contributes to the ruin metaphor, forming a solid physical mass embodying the endurance of a ruin - reduced to what lasts." 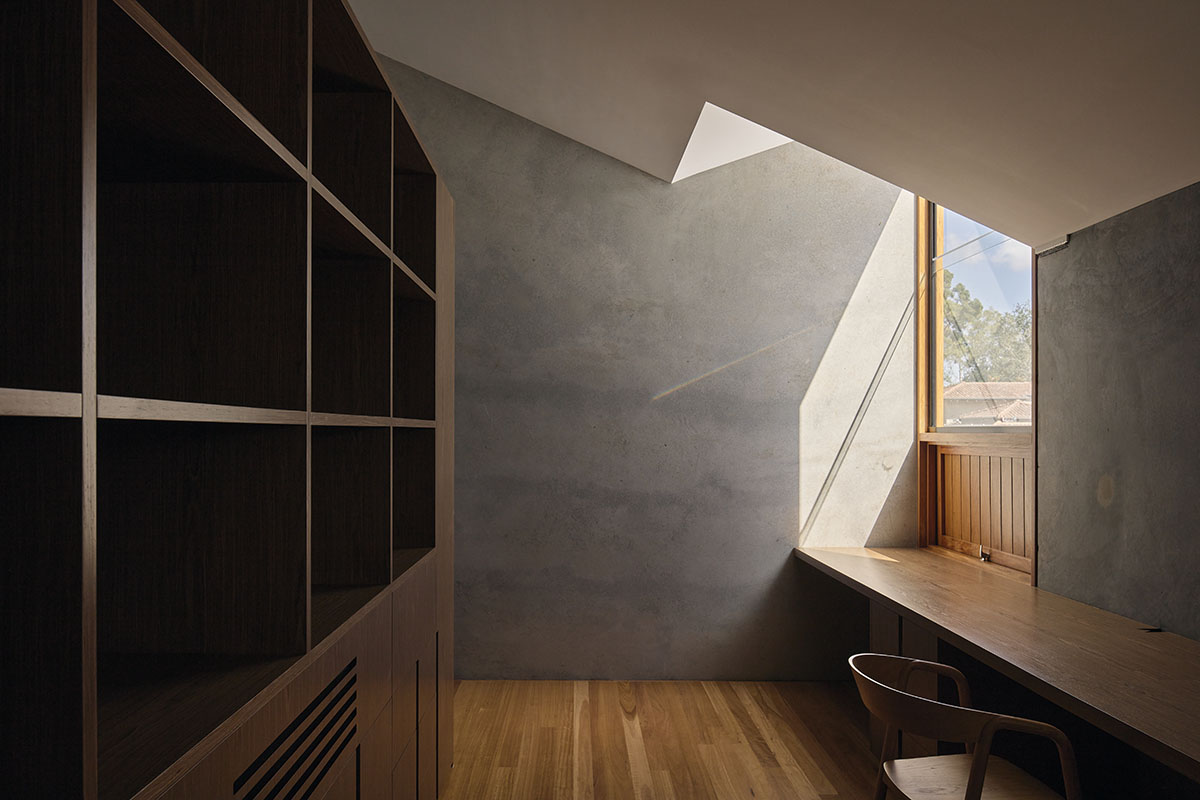 For material choice, the studio preferred to use commercial materials, but combined them with simple construction techniques to avoid over budget.

The main approach in the construction process was to remove the need for layering trades, such as displaying both structure and panel internally and externally in the building. "A five-brick palette was developed during the excavation of the site," said the studio.

"Stones and sands were collected and matched to masonry finishes further linking the site to the building materials." 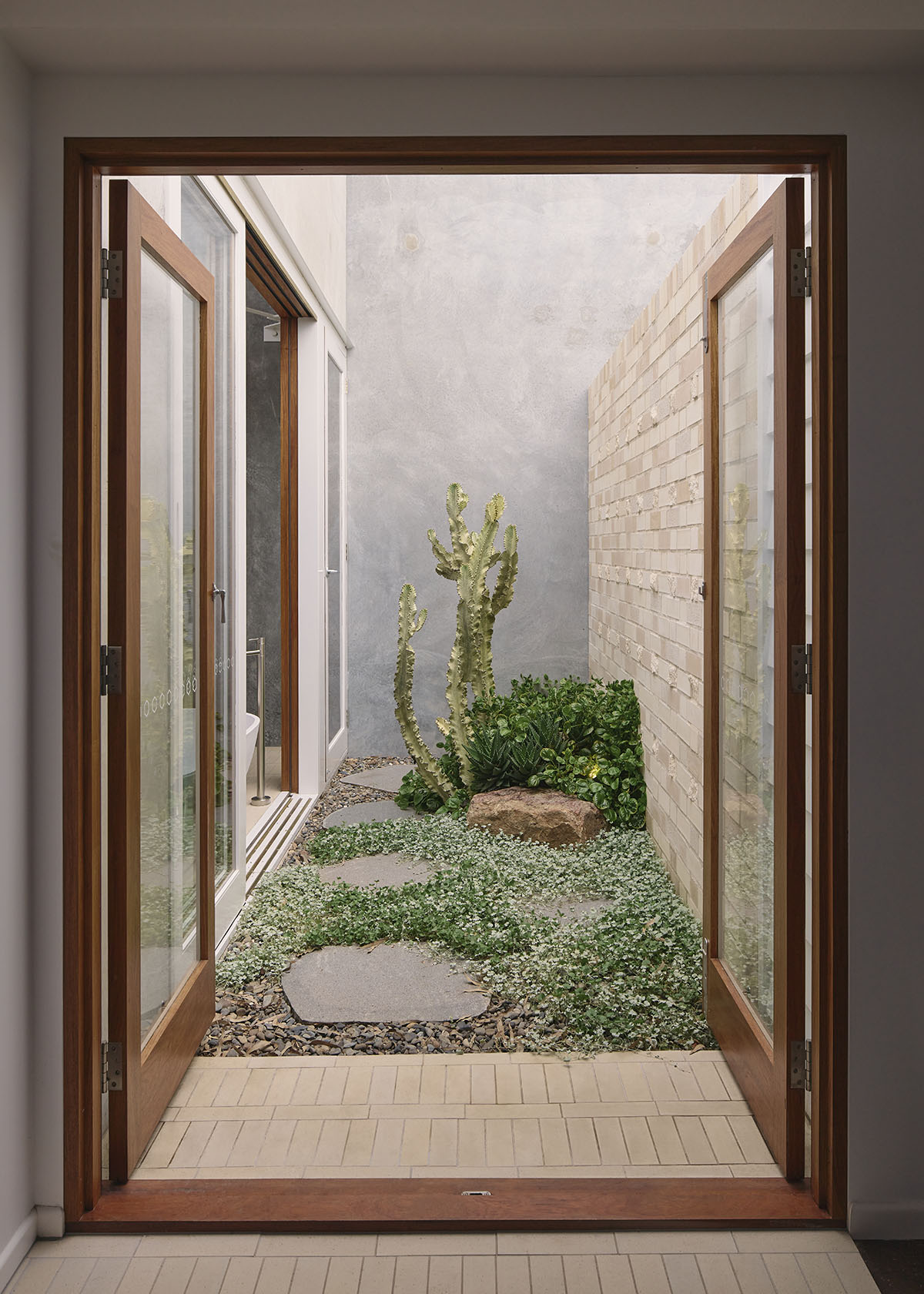 The studio's aim was to preserve the existing building fabric as much as possible and working with the existing plan.

For this reason, the team devised a strategy to the wrap the building with new structure and maintain the central spaces within the home was developed. 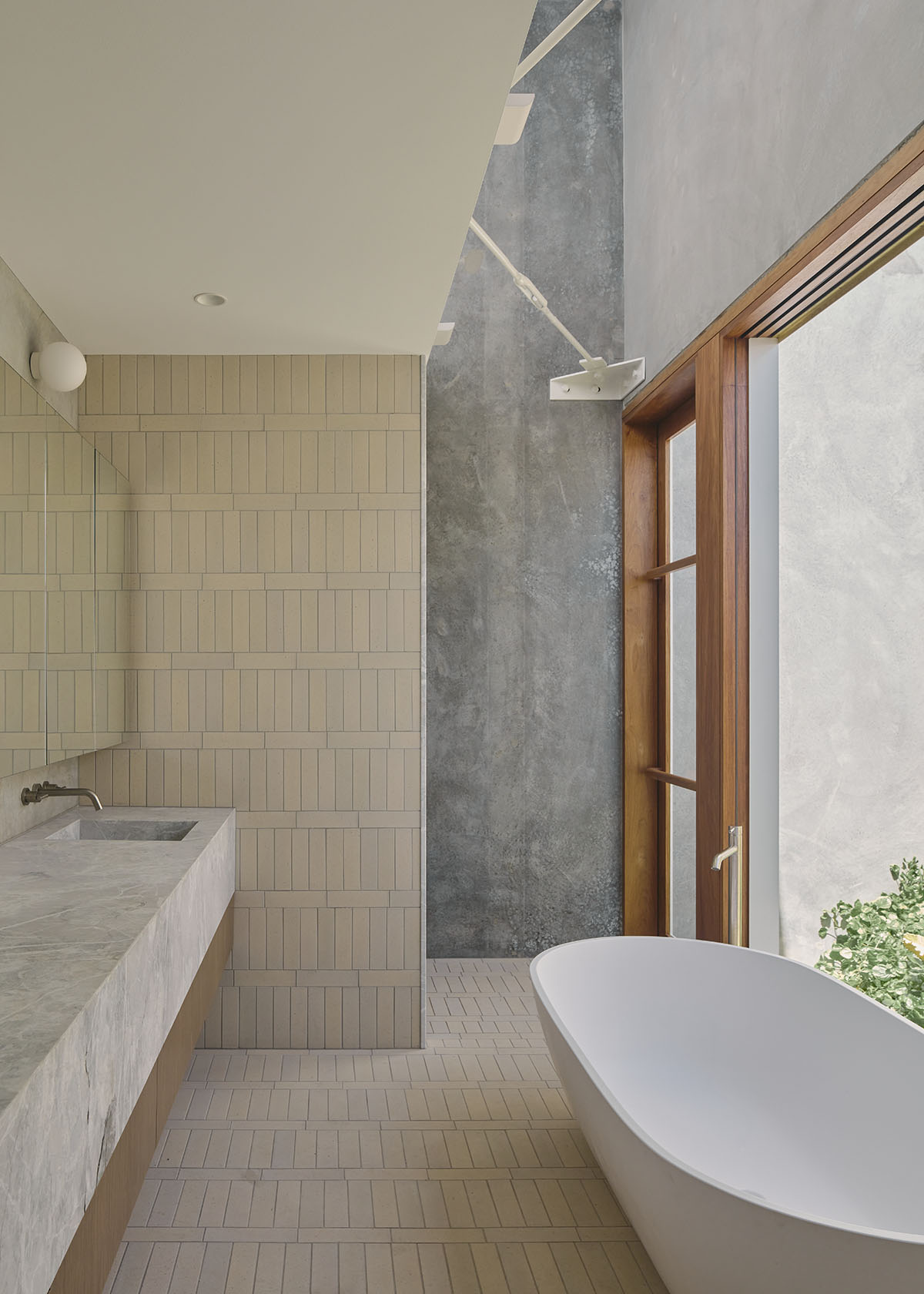 "This enabled the family to live on site during the construction of the new built works. Reducing the overall cost of the project," added the studio.

"Returning to first principles of building led to a questioning of how to create an opening in a wall - through forms or by pulling structure apart?."

"As the construction of the dwelling was precast and tilt- up concrete panel it was treat by separating two elements," the studio explained.

"This is evident in plan as well as elevation, in plan the roof is stretched to become a skylight over the doorway to the boot-room. In elevation the garden walls are pulled apart to form a new entry and doorway into the existing dwelling." 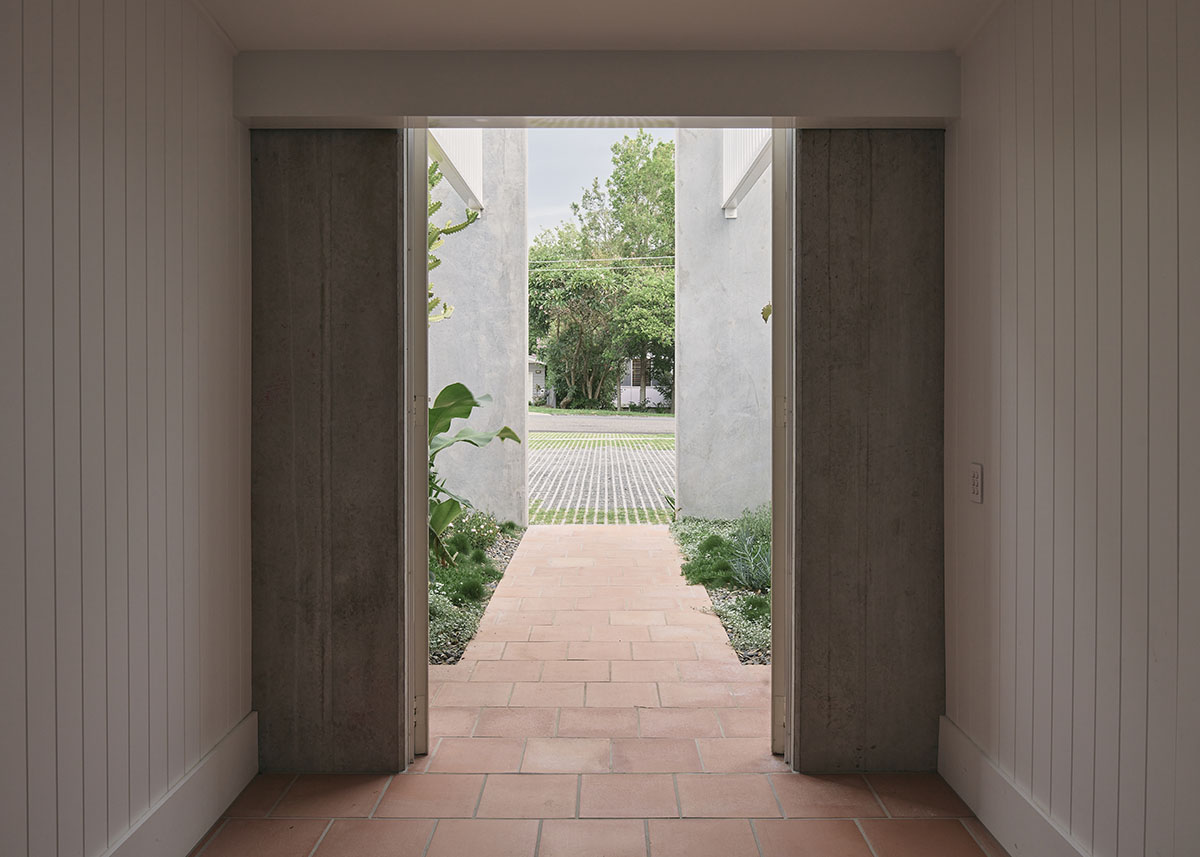 The programmatic organization and careful additions inside allow to operate with a series of smaller apartment-type residences through the use of separate entries, private courtyards and provisional services.

The studio explained that "the building may be used as a family house, adjusting to change as children grow, as parents age, but equally it may accommodate non-family residents, or working from home, with an independent office or studio." 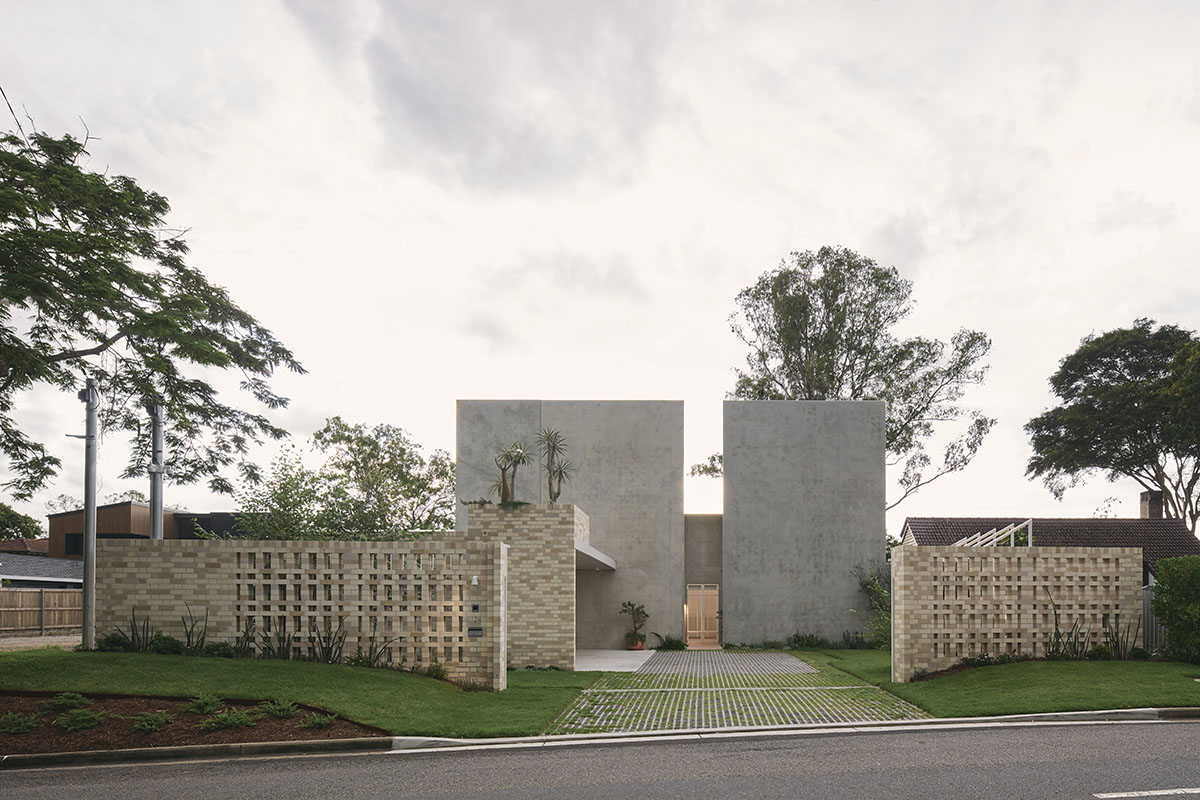 Christopher Furminger said that "the intension was to create a building with a presence all of its own, to loom with physical power, embodying a geometric order with primitive structural force."

"Heavy brick, tort concrete, pure dark void, containing the endurance of the ruin – reduced to only what lasts," the architect added. 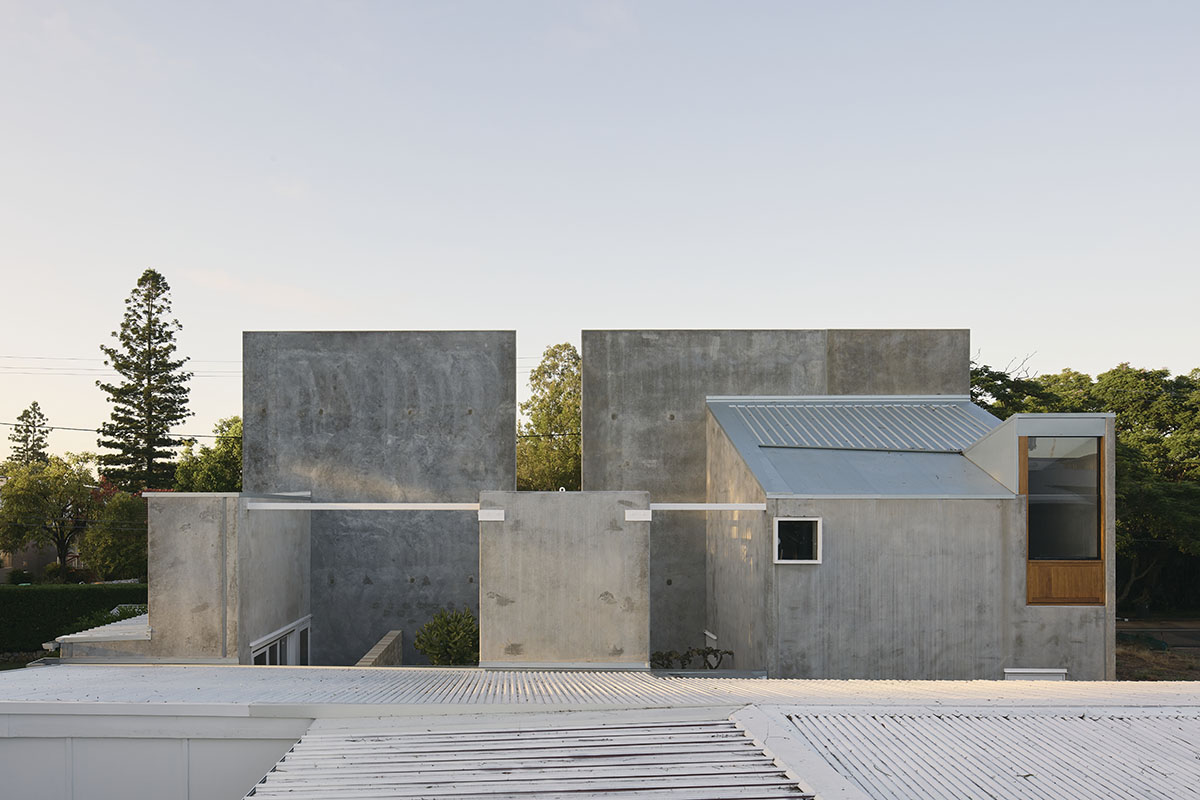 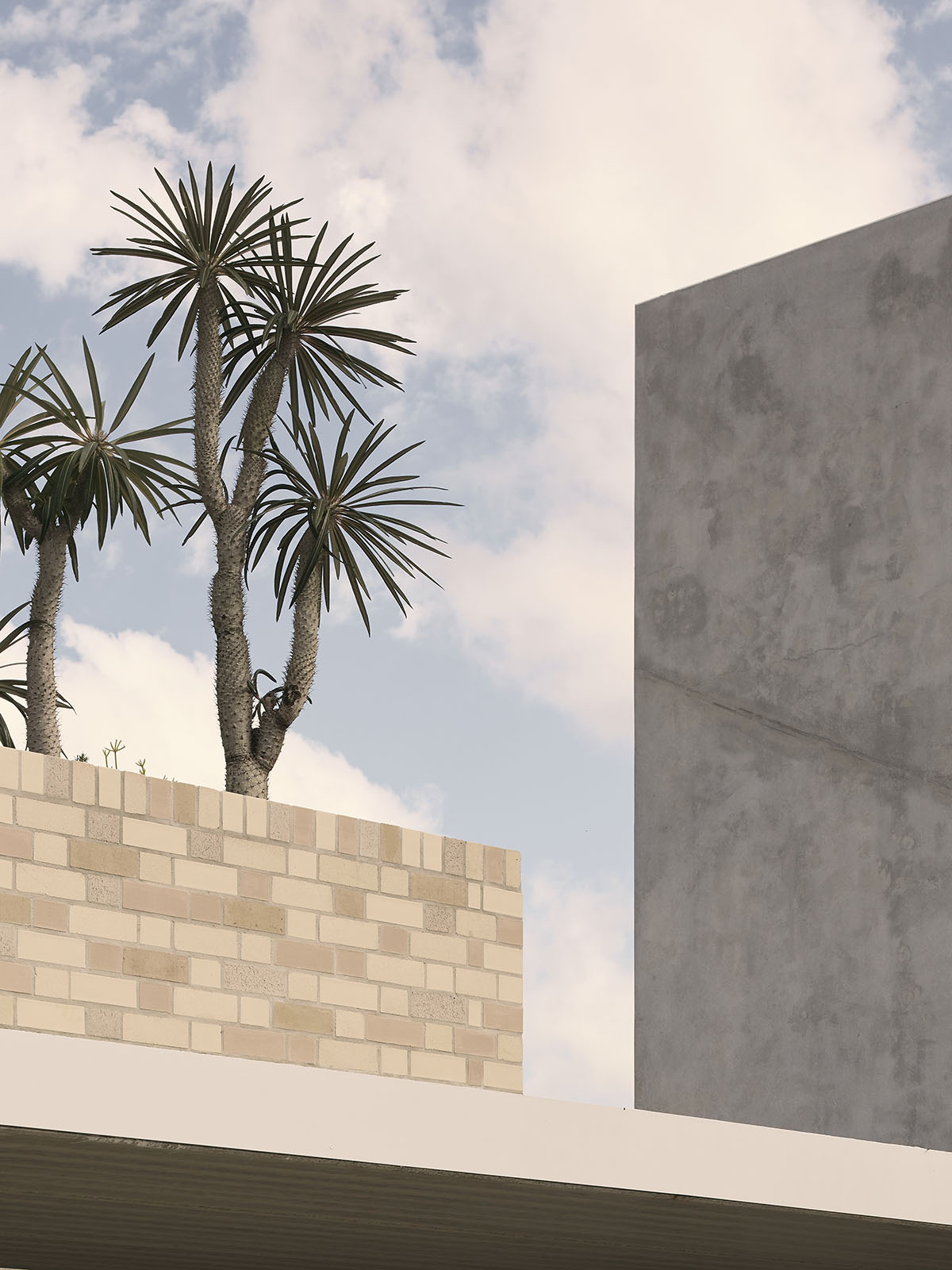 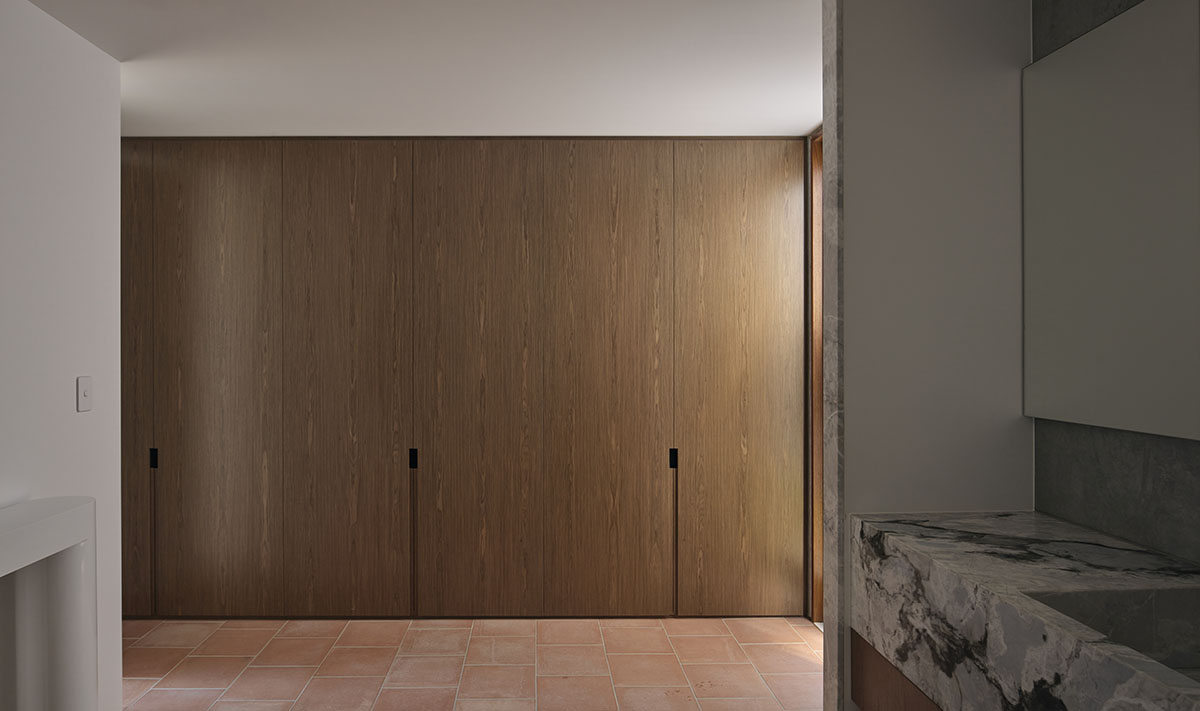 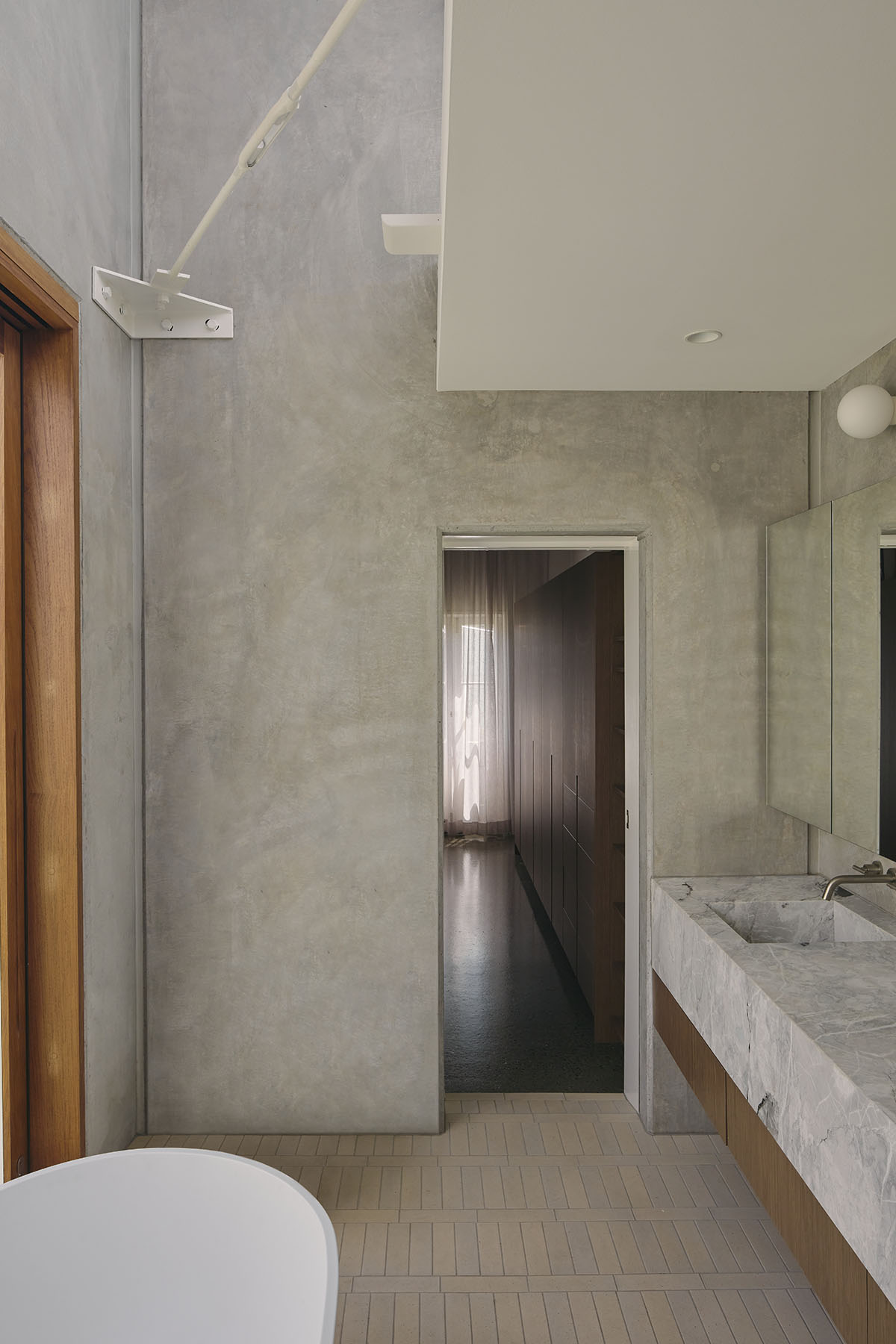