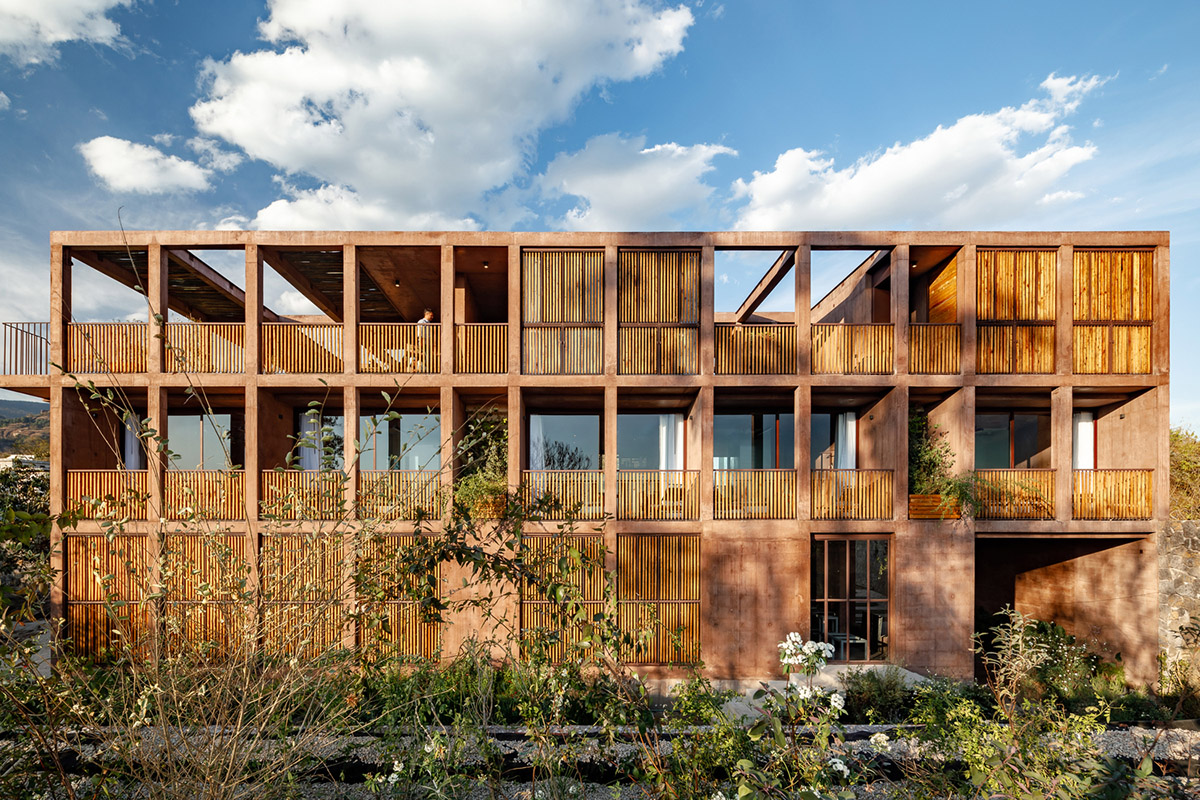 Mexican architecture firms Taller Carlos Marín and Pasquinel Studio have completed a gridded hotel made of pigmented concrete and volcanic stone to complete the natural terrain on a site located between Tepoztlán and Amatlán in the State of Morelos, Mexico. 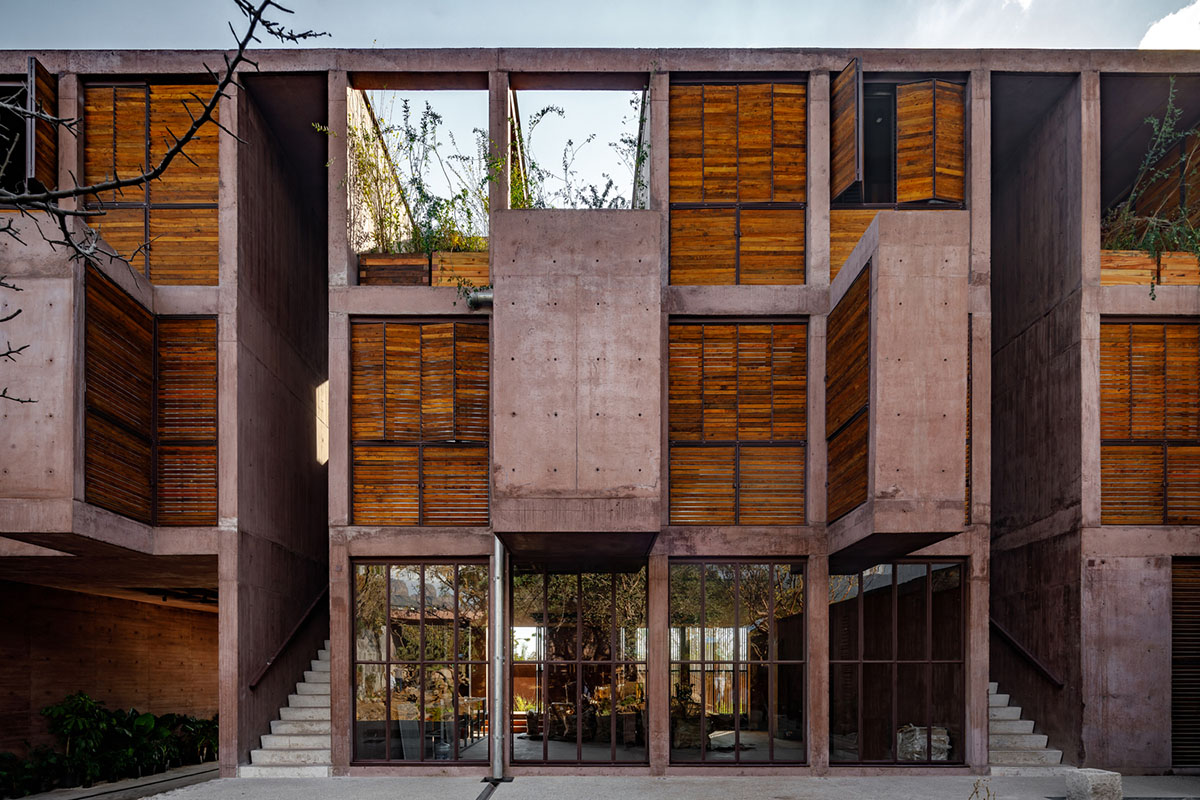 Named Hotel Tepoztlpán, the 1,537-square-metre hotel integrates the topography, the landscape and the views of the Tepozteco in a master plan where four buildings with different architectural programs explore the virtues of the site. 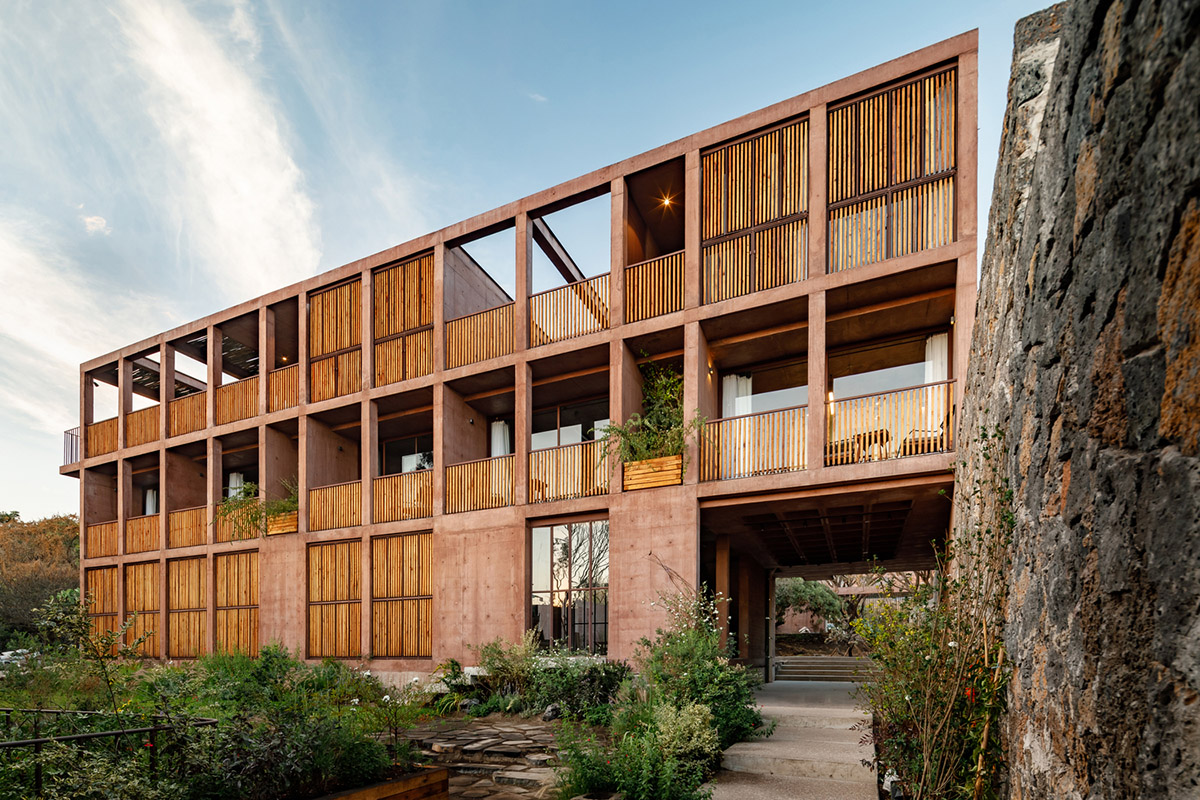 The hotel accommodates eleven rooms distributed on two upper levels, which allows you to appreciate the views of both the valley and the formations of the hills. Some rooms allow visitors to merge and share terraces - with private roof gardens.

A special Yoga room is situated on the ground floor of the main building as well as a restaurant. The Yoga room's floor was built with recycled construction wood. 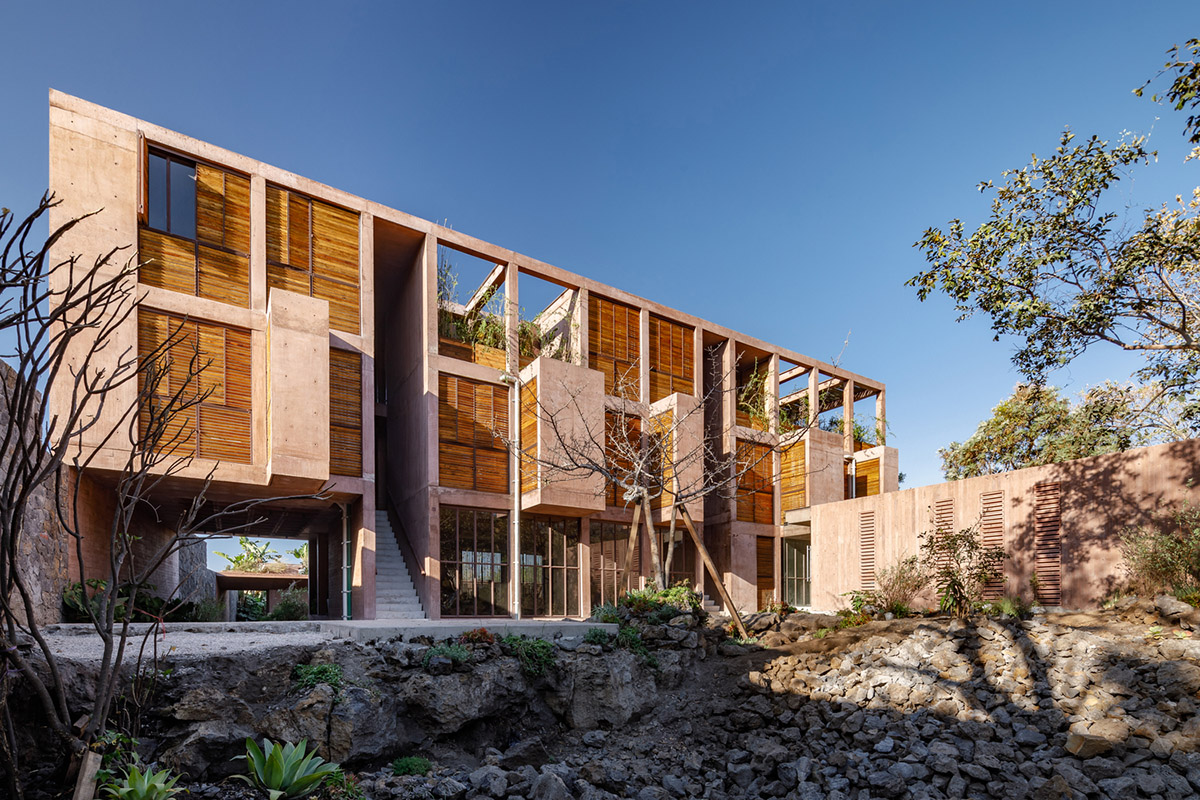 The hotel balances solid-void relationship in a harmonized manner where some parts function as balconies with recessed openings, while some parts are filled with greenery. 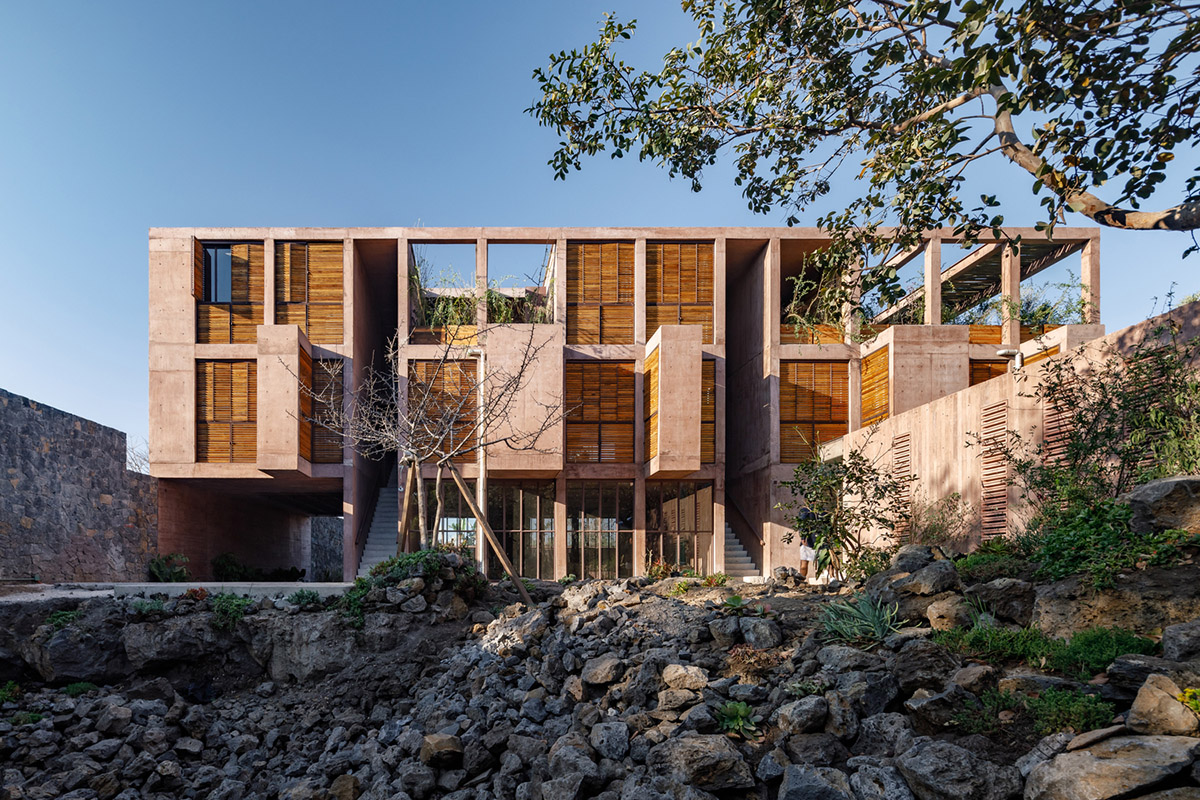 "The land was an abandoned plot, where wild vegetation, along with several medium and tall trees were located naturally on the site," said Taller Carlos Marín and Pasquinel Studio.

"From the beginning, this natural condition and respect for the flora of the site was a determining factor for positioning each of the volumes that comprise the project."

"Another condition that the terrain presents is its rugged topography, the access volume -a staple of pigmented concrete- is located at the foot of the sidewalk, and as we go deeper into the terrain we discover the 4 buildings, the terrain dictated the terrain and program of each of the buildings." 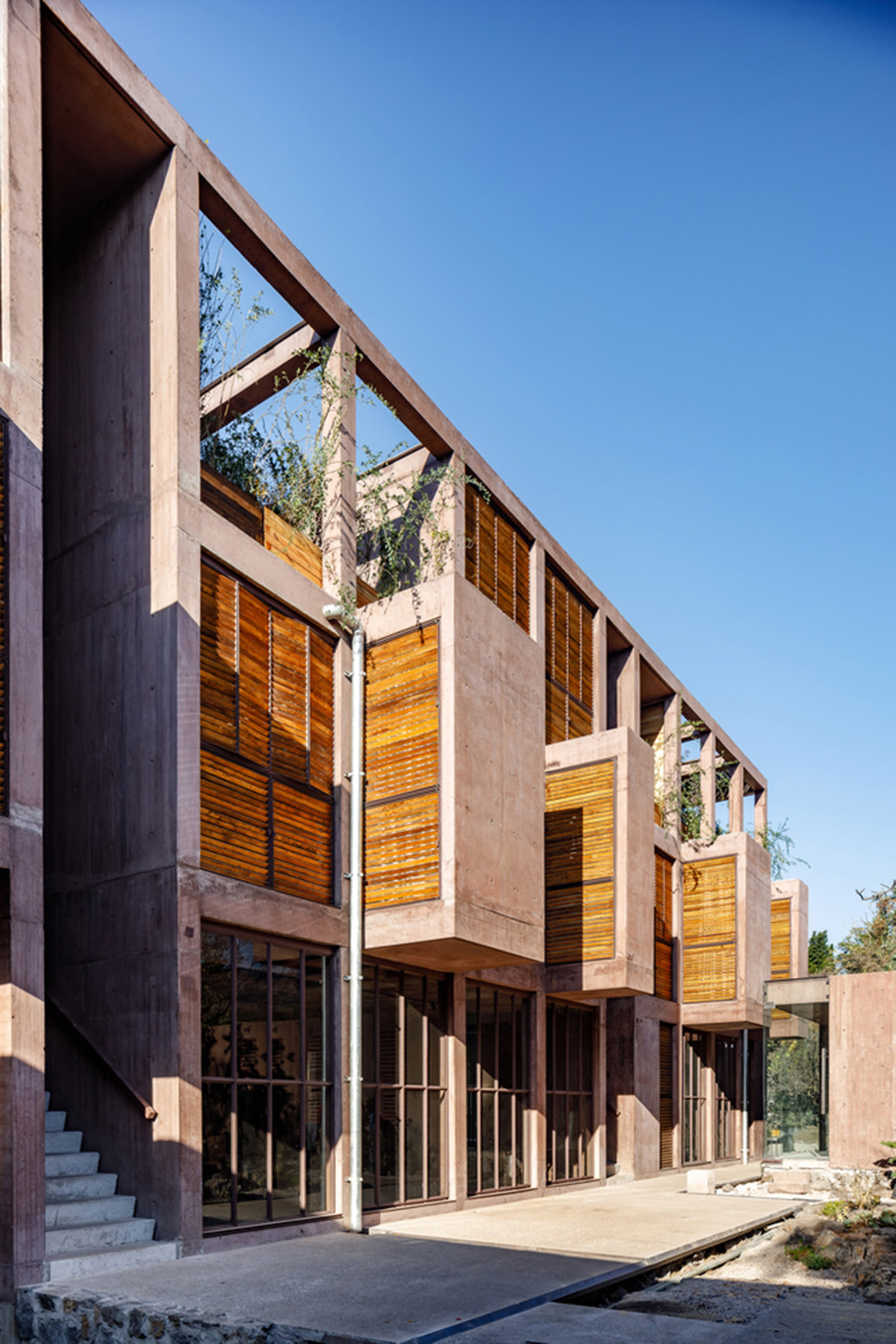 To minimize the footprint on the land, the architects created large hallways underneath to give access to the other side of the hotel. Amenities are arranged at the backyard of the hotel which can be accuses via these hallways.

The amenity building houses the hotel's kitchen and bar, massage room, gym, temazcal, and shared showers. This volume protects together with a wall of volcanic stone and vegetation recovered from the site the pool and lily pond. Cellars and machine rooms are located in the basement of this body. 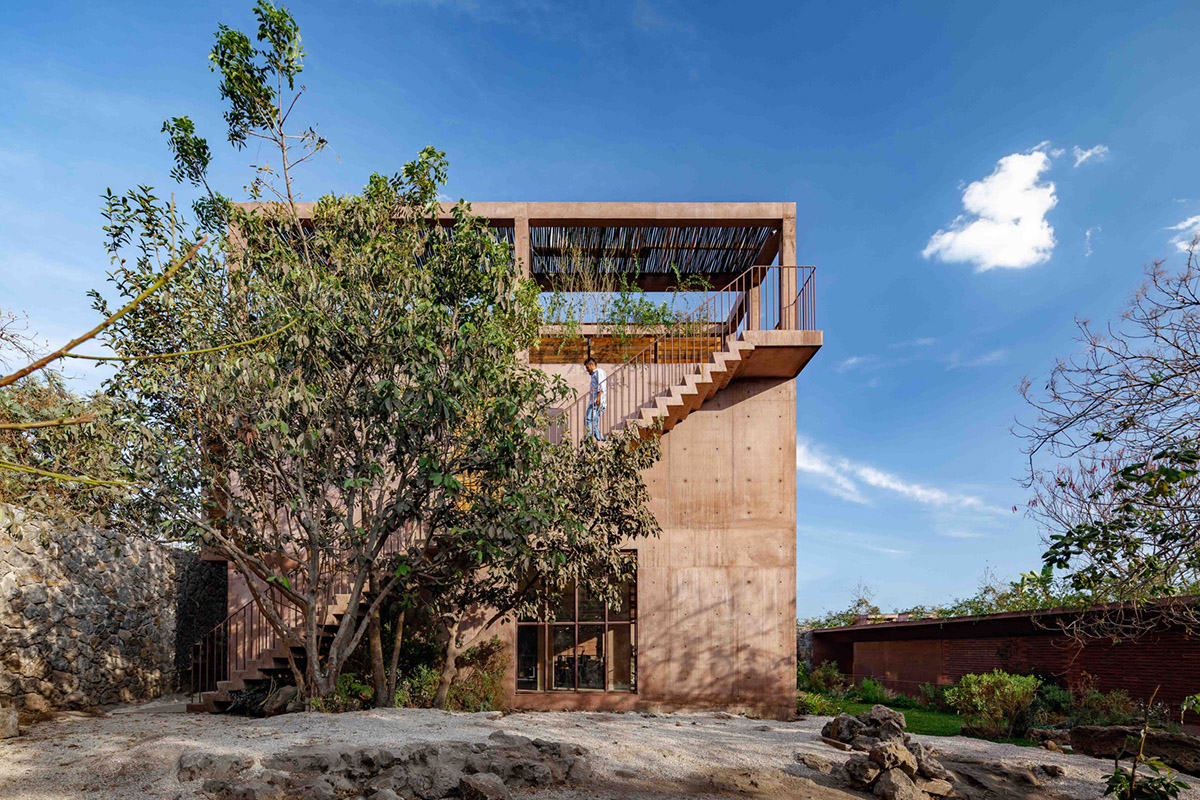 The gentle ramps and staircases allow guests to reach the pool area, which is 2.5-metre from the access level, while the room building makes the first forced stop for the user to the center of the land and to an altitude of - 1.20 meters.

"A key condition was to intervene in the terrain as little as possible with the footprint of the buildings and to allow Tepoztlán's own nature to take over space and the architecture," added the architects.

"From the beginning, work was carried out with the landscaper Luis Guisar to identify the tree species that were found in the terrain and to propose the relocation of all the flora of the site and then locate it in its final place." The Tepoztlán area presents a large amount of volcanic stone which was used to build a large number of walls and floors. "The strategy was to extract stone in strategic places, to the extent that we extracted stone for the construction of perimeter fences and floors, at the same time we generated "voids" and/or "quarries" that we were allowed to take advantage of as machine rooms and stone squares or craters that in the rainy season would generate mirrors of water." 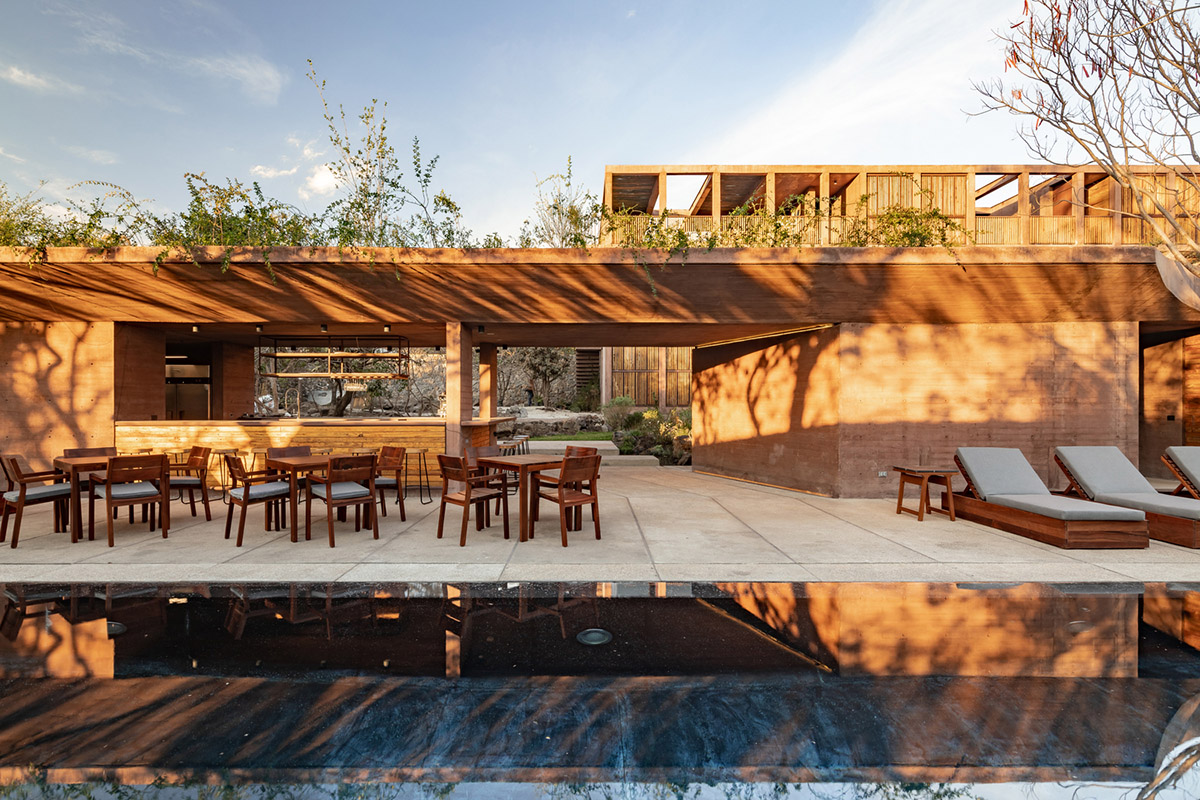 The hotel has a rainwater collection system in order to depend as little as possible on drinking water that is provided by the municipality. The collection begins with the collection of water from roofs, which is then distributed through channels and then deposited in cisterns to be treated and reused. 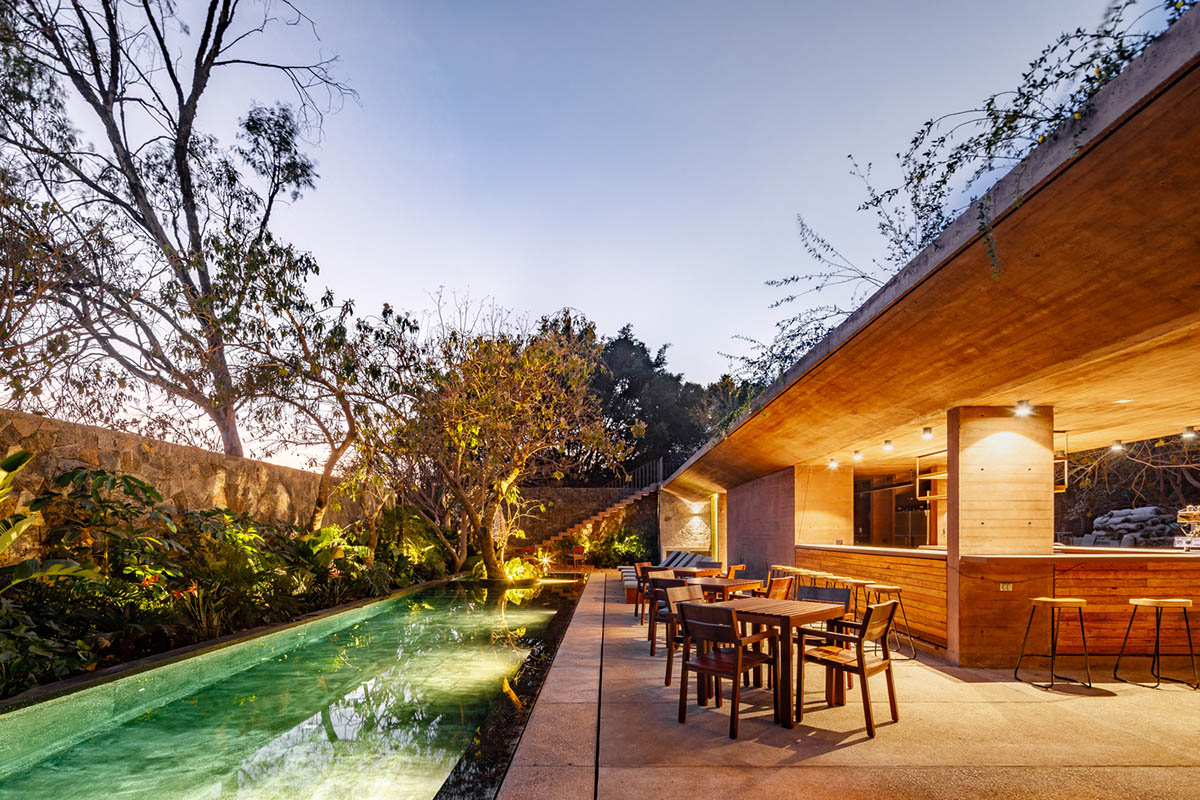 For this hotel, the architects wanted to blend architecture with nature as a holistic approach, the existing volcanic stone was used to create walls and floors, construction wood (falsework, rollers, and bars) was recycled to create railings, furniture, doors, and floors.

"As for the main construction material, we opted for the pigmented apparent concrete, we selected a reddish tone that allowed us to amalgamate not only with the existing stone and wood but also with the landscape, with the hills that surround the valley," the architects continued. 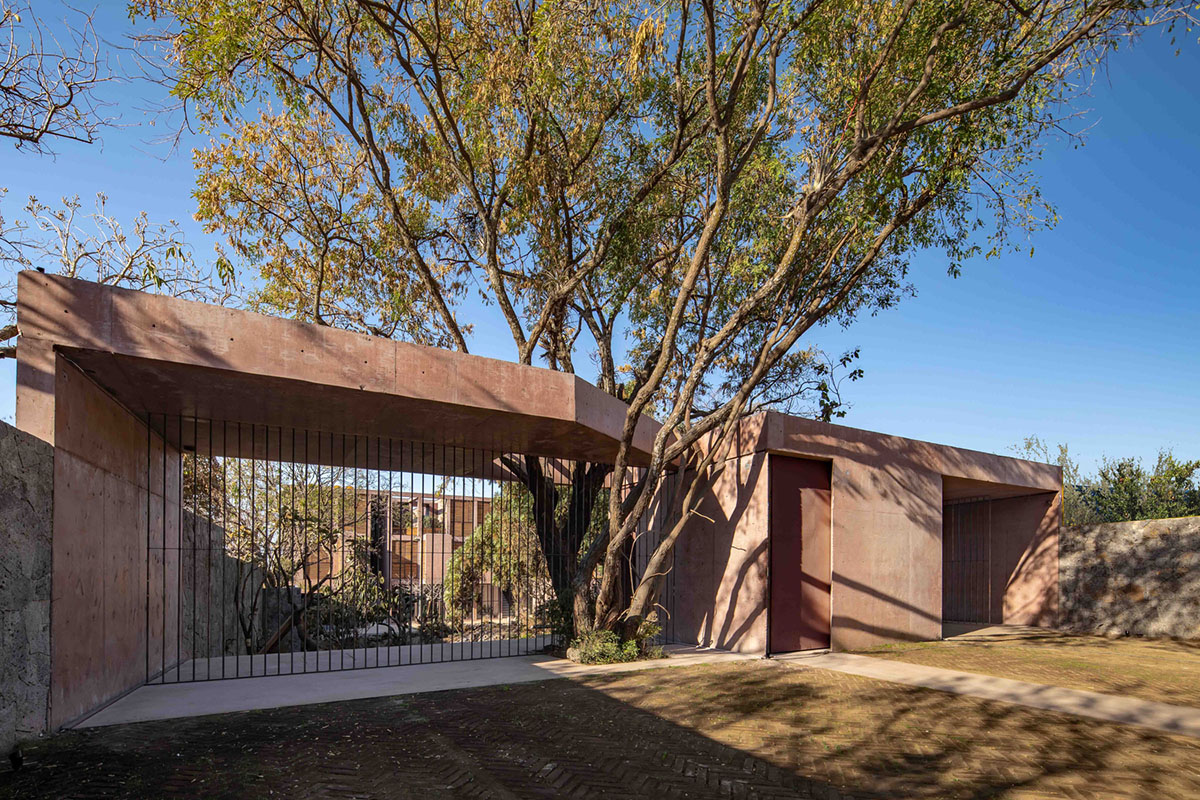 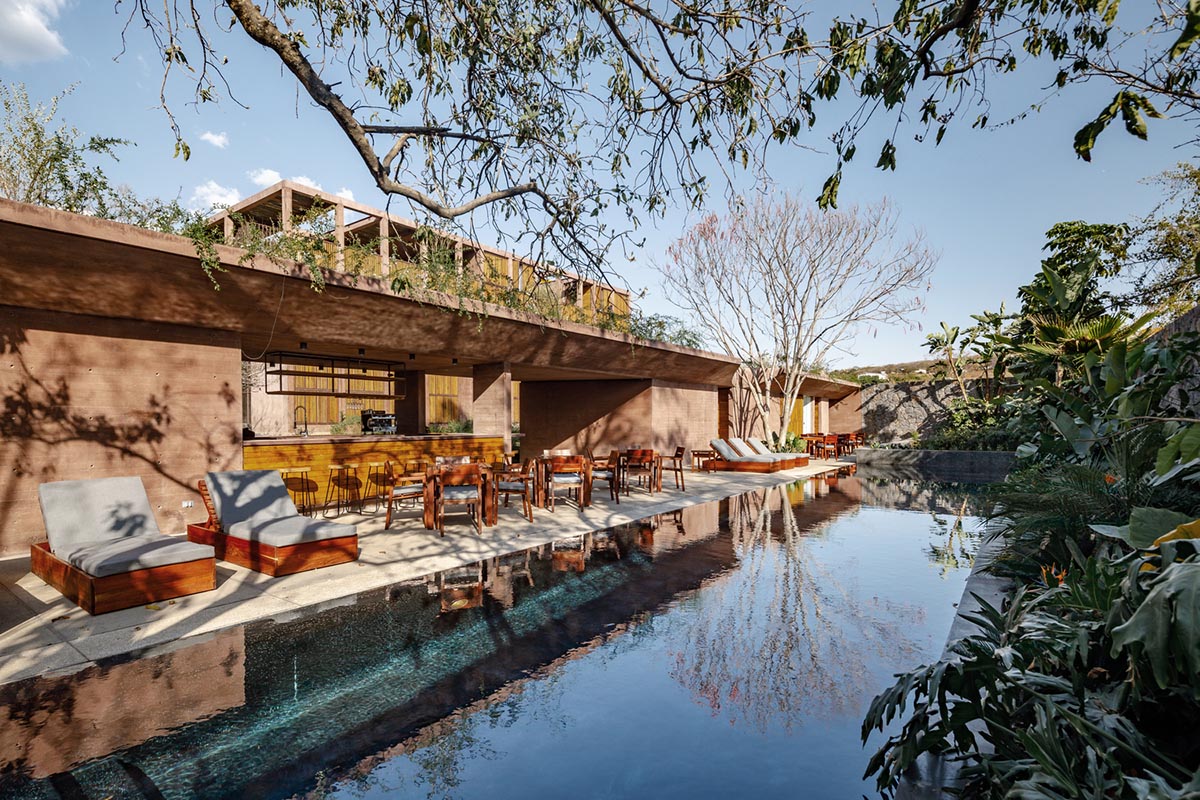 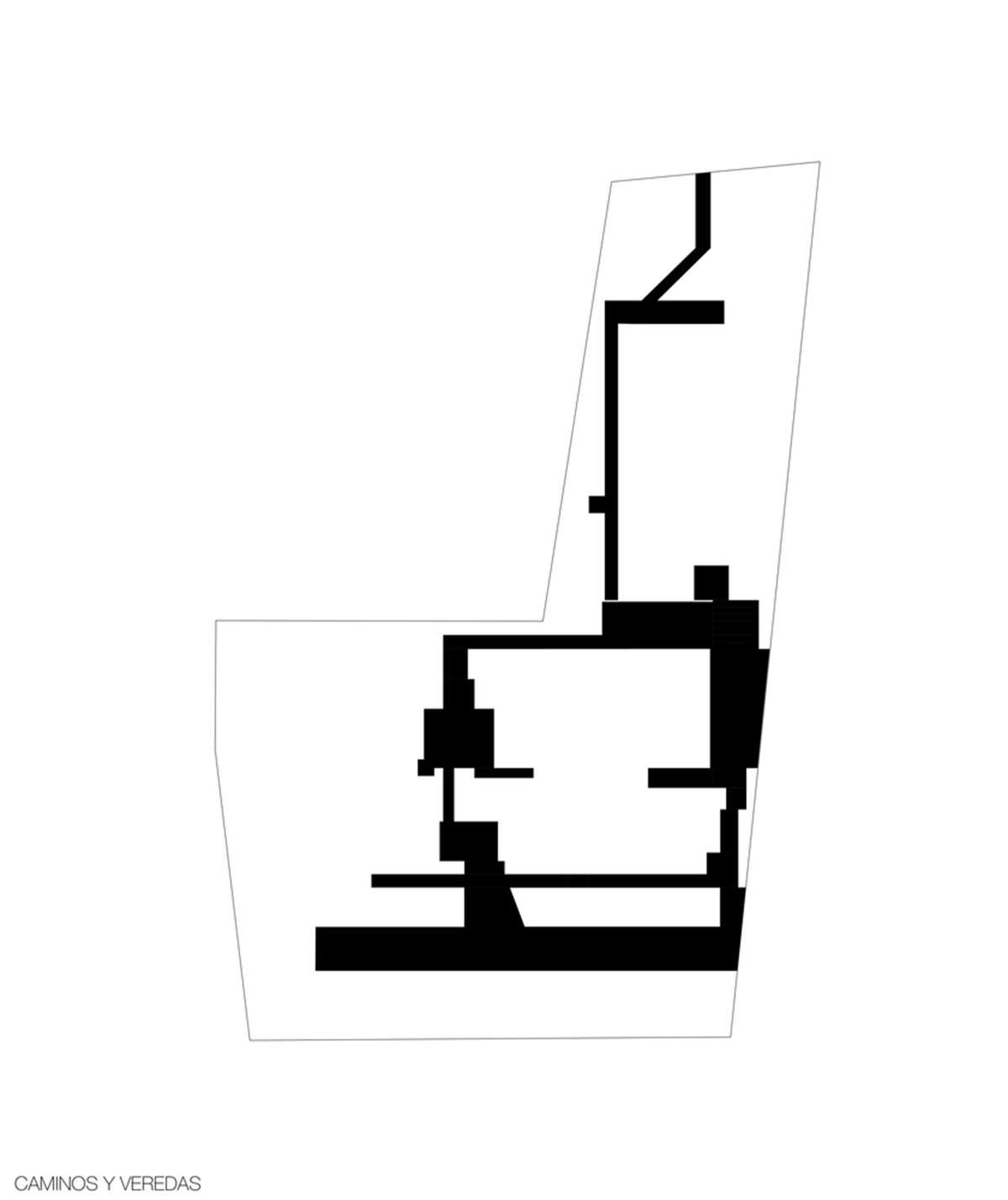 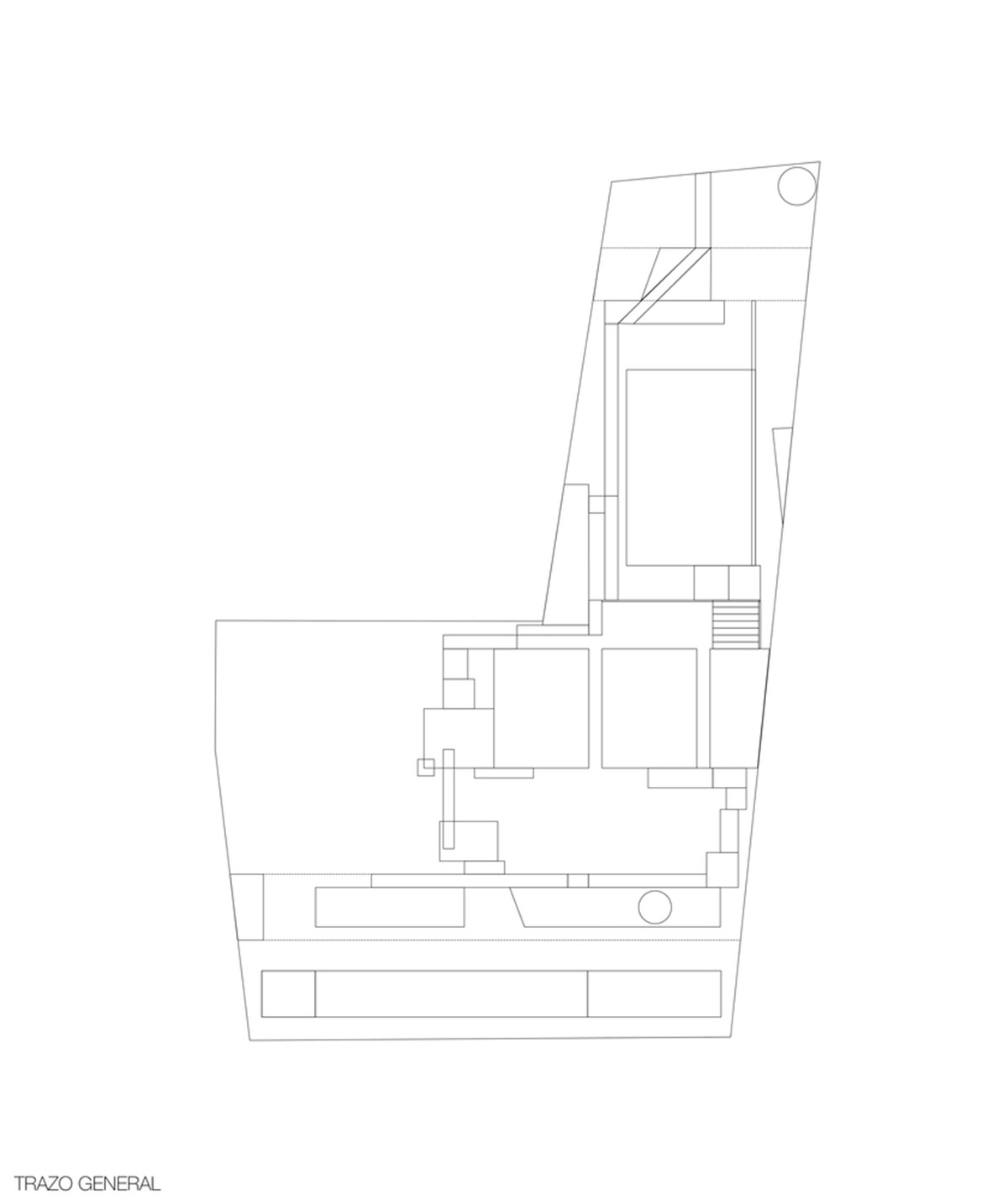 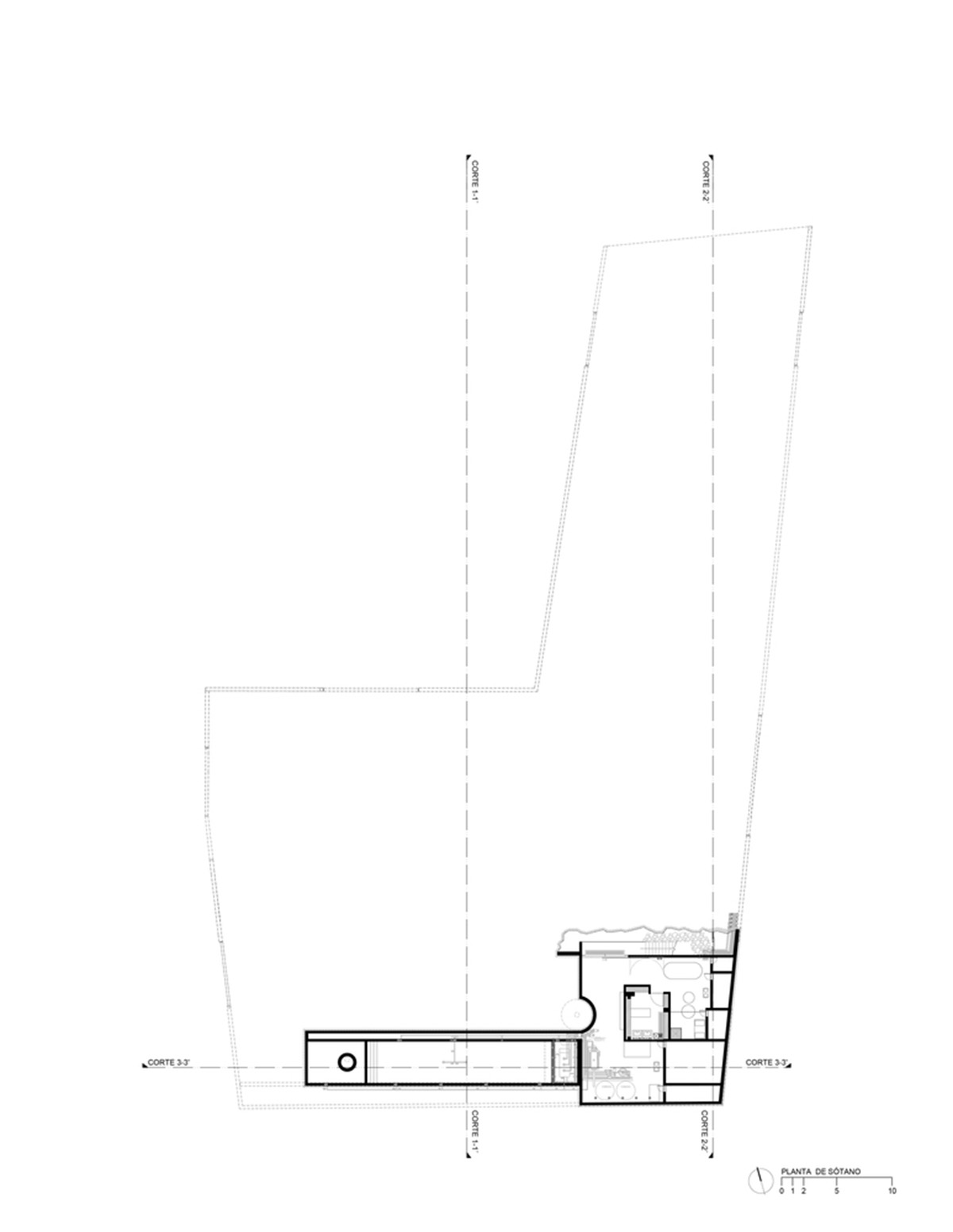