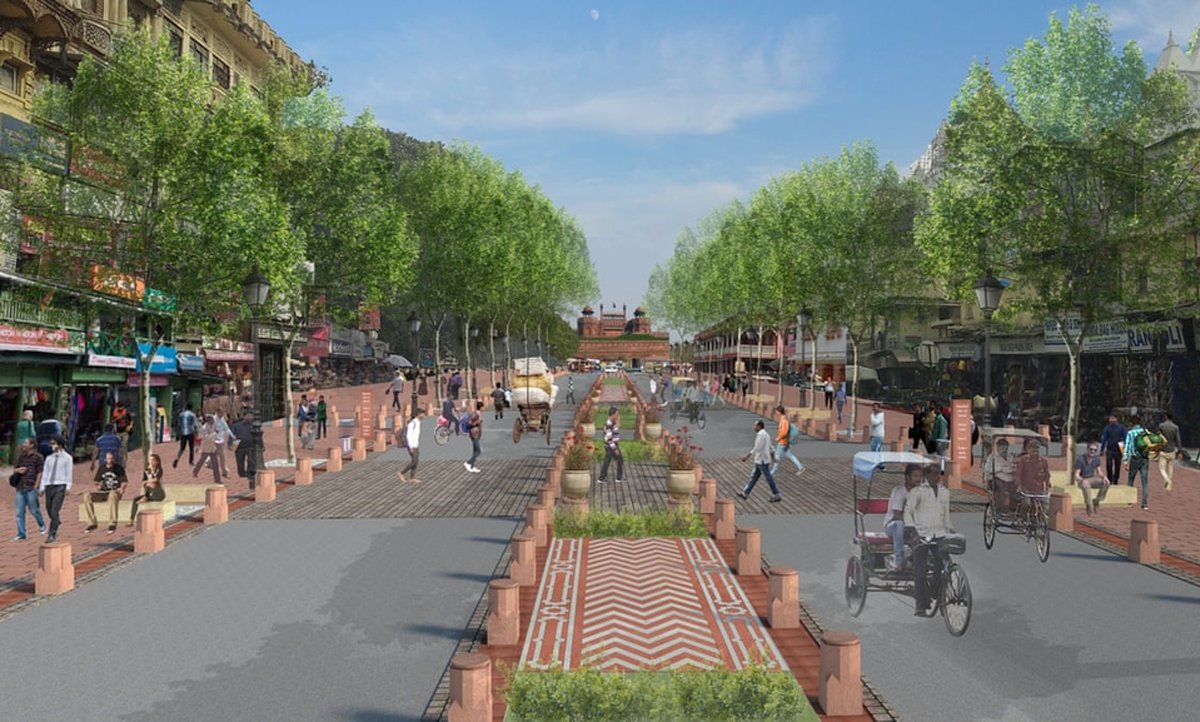 The reflecting moon in the centre of a three-lined canal led to the name Chandni Chowk - 'the moonlight square'. Being the busiest and the largest wholesale markets of Old Delhi, urbanization led to an increase in density of this area. The havoc and slush all around, lanes dug up to lay underground power lines, cables, and water and gas pipelines, compelled the government to think about the refurbishment of the overlooking hazard.

This is an exceptional project for residents, traders and the authorities who have been waiting for 15 years to visualize an encroachment free, utilities-equipped, clean and green area. With the initiation of the project in 2004 and a target of finishing it by March 2020, the Shahjahanabad Redevelopment Corporation is managing the project and has conducted 44 meetings with the stakeholders since January 2017.

At a distance from this chaotic arena, put in order by the Delhi government, Pradeep Sachdeva Design Associates began work in December 2017. His design intent is envisioned as shown above, with a salient feature of no car zone, portraying a well lit tranquil street, with a serene series of trees and benches, along with adjoining wide pavements on either side of a green central lane with electrical and telecom cables and water lines buried underground. 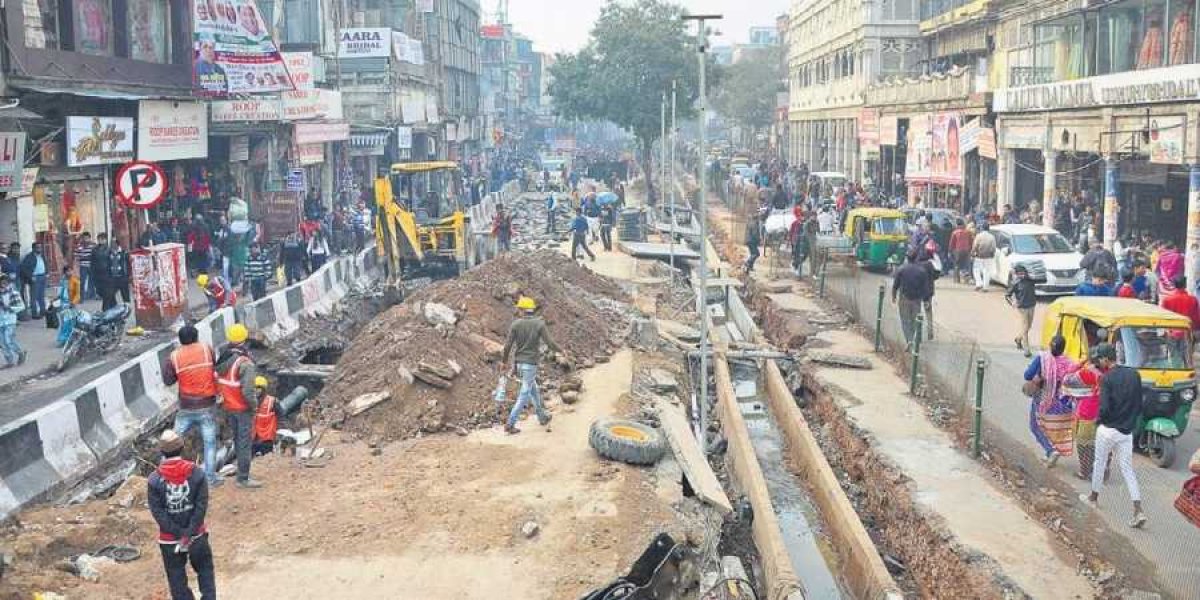 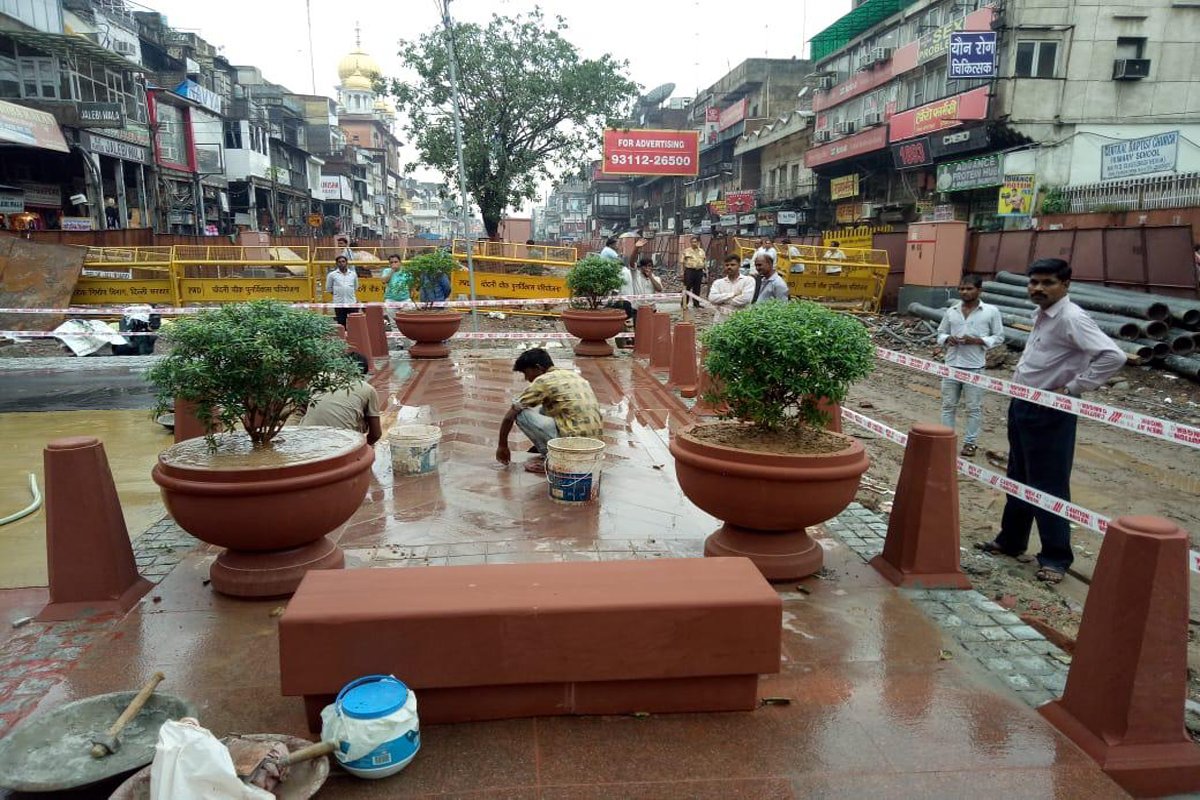 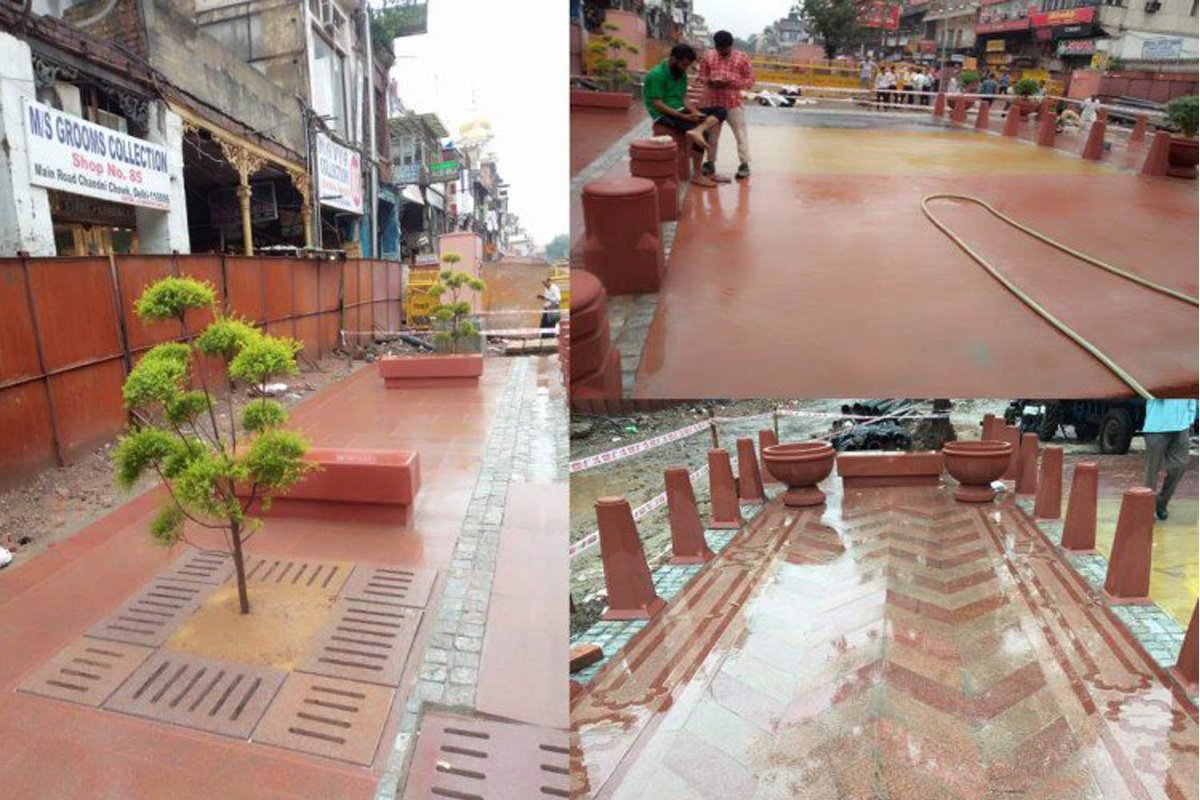 The full stretch from Red Fort to Fatehpuri Masjid (approximately 1.5 km), is being redeveloped as a non-motorized vehicle street along with initiation of pedestrian movement. The entry of vehicles for commercial use will be permitted from 9 pm to 9 am with special focus on efficient disposal of solid waste and its segregation along with toilets, drinking water, police booth and tourist desk.

Sachdeva is well versed with the authenticity of Chandni Chowk and its value for the residents who have been discerned recently, yet hand full of architects have interjected on Sachdeva's design with the utilities in the central median becoming a visual barrier.

In September second week, a portion of the main road from Fountain Chowk to Town Hall was closed for public as the work was to begin on Phase II of the Chandni Chowk redevelopment. The of laying water lines and sewer lines on the northern side - between Red Fort and Fountain Chowk has been completed. High tension cables are also being laid on the central verge and now these lines will be taken to feeder pillars by BSES beyond Fountain Chowk.

The first phase, covering the 400-meter stretch between Red Fort and Fountain Chowk comprises work on paved pedestrian corridors with granite, illuminating the area and placing sandstone street furniture is being undertaken. PWD is laying a multi-layer road on the non-motorized vehicle lane with the red surface. The remaining area from Town Hall to Fatehpuri Mosque has been taken up with an intent to finish by March 2020.

The refurbishment has been planned to dilute the haphazard unplanned zones along with conserving the heritage value of the place.

Title image showing how the architects envisage the view towards the Red Fort in a transformed Chandni Chowk. Image © Pradeep Sachdeva