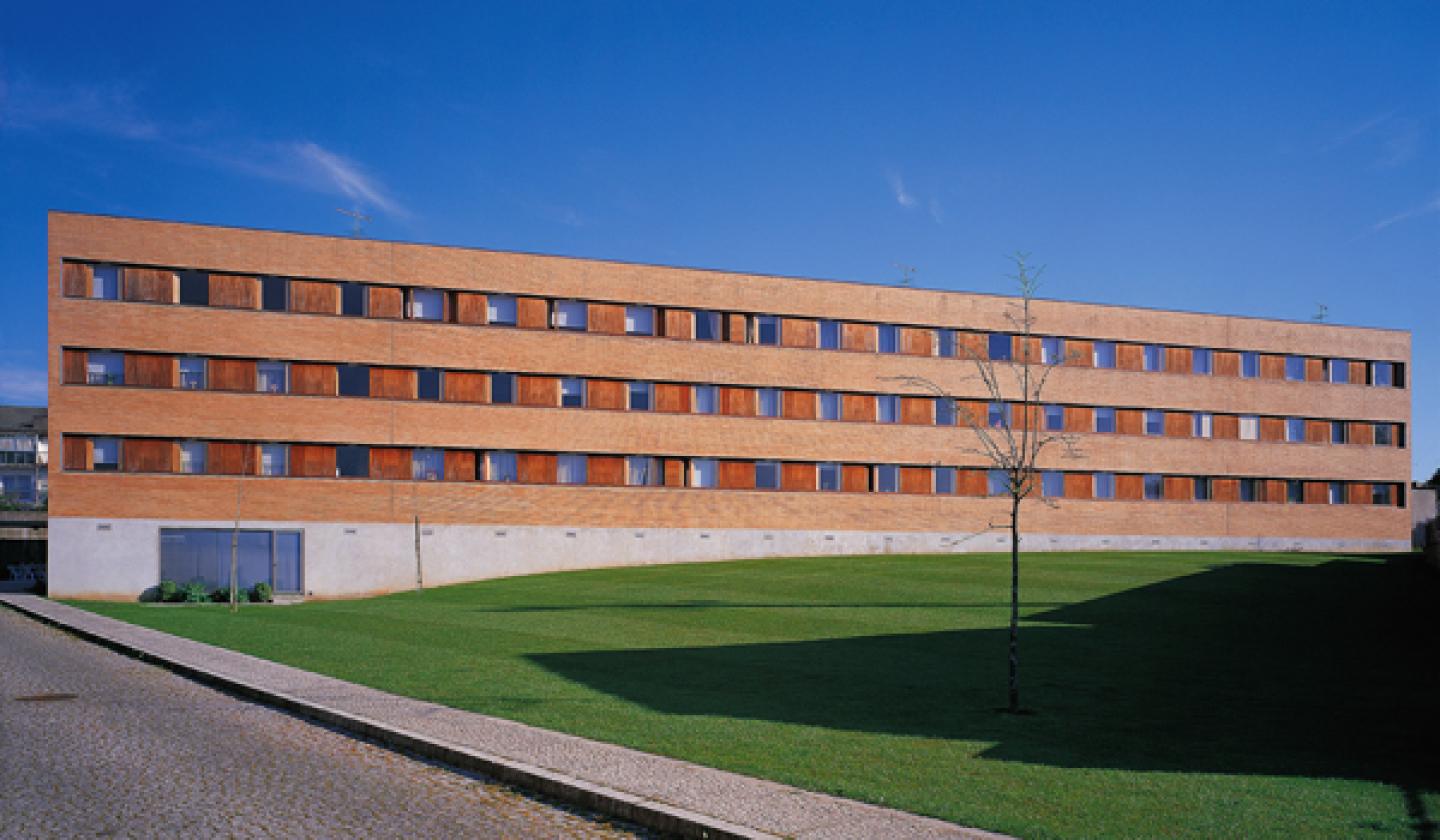 The land where the housing complex lies is situated inside a low density allotment, in an area close to the centre of de city, a location that confirms the unmistakable dullness of an urban grid lacking any urban design strategy. This is enough to understand the difficulties to be faced in the project.
The choice of the location and the design are the result of an unavoidable compromise between the building scale characterizing the close surroundings; such compromise should not be detrimental to any spaces of collective use that the project is going to generate.
The complex is placed on the side opposite the entranceway to the allotment, and is directly related to the existing Telephone Exchange building; its location contributes to the “regulation” of the land’s inners limits.
The choice to use the same material (brick) of the Telephone Exchange building goes beyond a mere effort of approximation: it is an expression of the will to “regulate”, and a way to establish an identity. Such identity is emphasized by the unique and coherent image resulting from the austerity, and the rigour of the complex design.
The conceptual basics of the building is founded on the idea that a portion of urban territory should be internally articulated, capable of generating a collective and balanced occupation of open space, whereby the relation between the parts and this space should provide the necessary hierarchy.