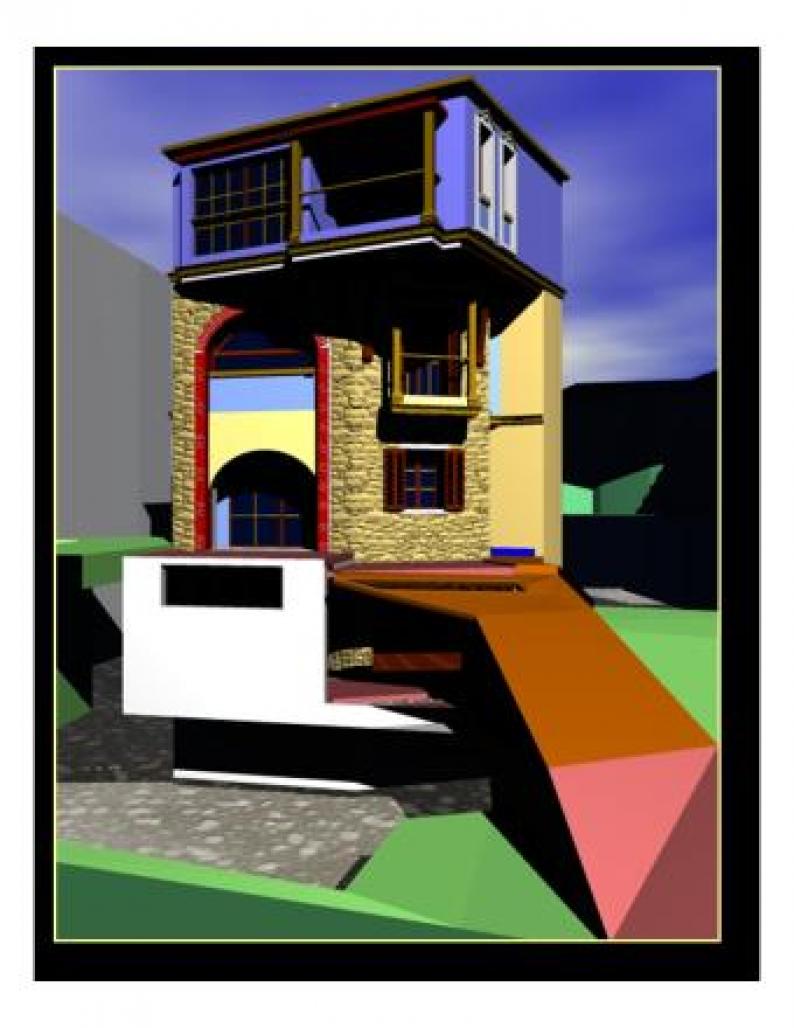 From kat-oikia to syn-oikia residential project.
A residential project to be build in a traditional and law-protected area, in whitch the architectural synthesis compine the standards
of an individual home with the standards of an urban public space. Where the architecture mixed up with urbanism, create different
places in one building. A building in harmony with the natural, historical, urban and climate enviroment.
In first phase the construction, where the building is the sculptural object that is structured by deconstructing the city, in the second
phase the deconstruction, where the city is reconstructing by the deconstruction of the building.For this aim the building has moved
parts thus is transformed constantly with the use of technology.
Apart from the resident, in the planning of building took part and the neighbours that wrote their opinions. Actively participated
and the municipality of Thessaloniki and determined the relation of building with the square. The region is the historical core of city
and the constructional work are overseen by architectural committee.
The building cures the climatic shock of his residents. That is the difference between the climate of house and the climate of city.
The city has more heat from the house the summertime and more cold from the house at the winter. The movement from the house
to the city and vise versa causes climatic stres in the residents. This building makes economy in the consumption of energy and it is
friendly with the environment without isolating inside his residents. It makes them feeling comfortably with the climate of
neighborhood and it facilitates them to moving between their house and their city.
The work`s manufacture has low budget. This happens because the constructure has been planning with high precision. With the
use of technology of planning and the suitable guidance of contractors they work of manufacture is checked. All works are
forecasted by the plannings and so become the bigger possible economy.
The house reverses the relation of internal space with the exterior space. Makes the resident conceive the view of city and the view
of sea as elevations of certain other next buildings.So the resident swhen they are inside and are looking to outside they feels as if
they are outside from the house. The first aesthetics of house is that the residents does not feel his presence when they are inside,
but they feel like being at the open space. On contrary from the outside viewing the presence of house is intense because it looks like
a movie that tells the old histories of city.

the "el1+1kapa" house, from kat-oikia to syn-oikia. by KON.ZABETAS - ARCHITECTS+ENGINEERS in Greece won the WA Award Cycle 2. Please find below the WA Award poster for this project.