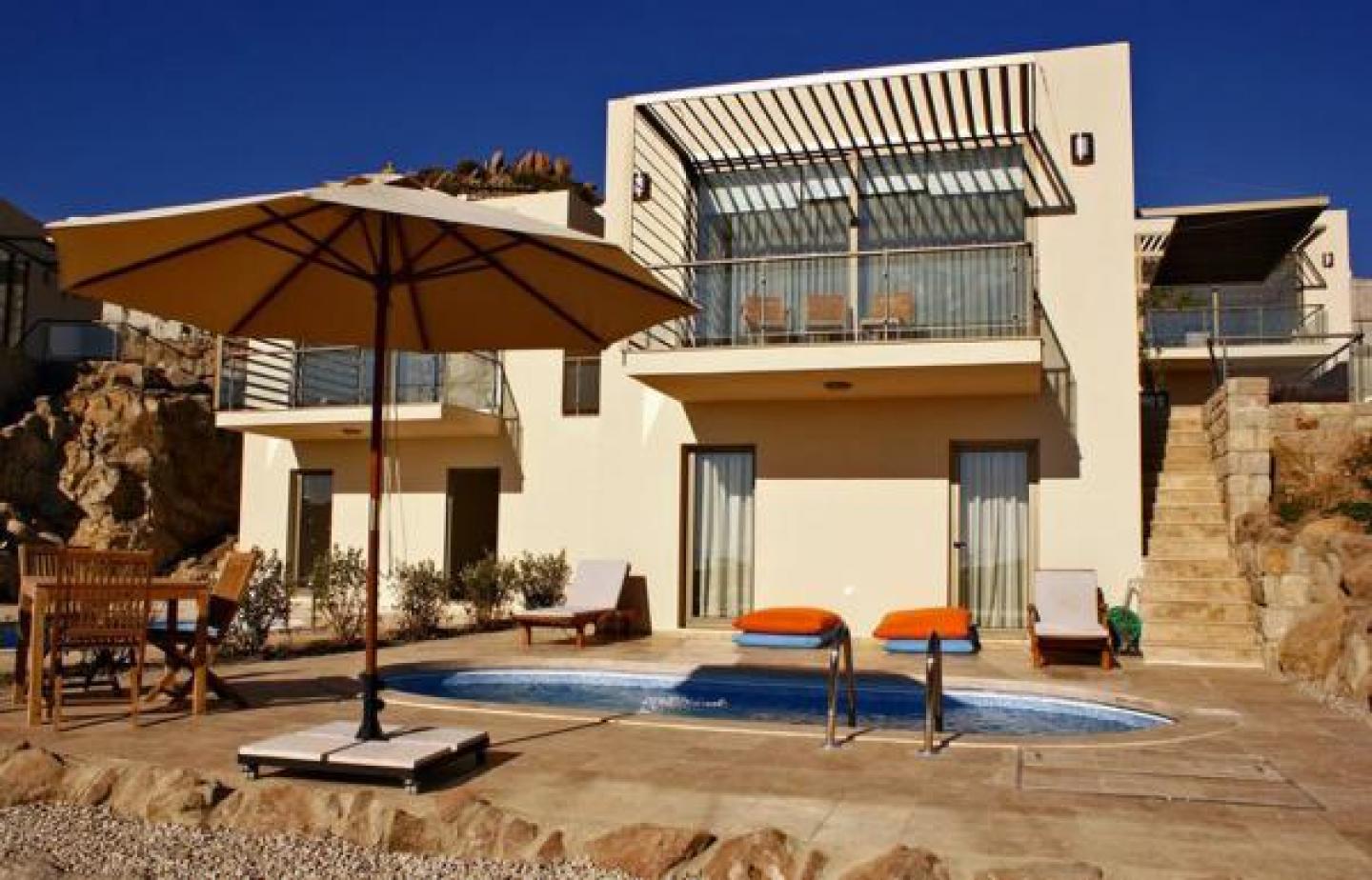 The housing project in the western part of the Bodrum peninsula on the Aegean Hills which were designed for British, Irish and North European users received 2007 CNBC International Property Awards and 2007 Houses Overseas Awards Gold Medal. The 30 villas are positioned to make the most of the sea view and the landscape. The villas are planned for families that will stay for an average of seven days. Each level of the villas is designed to have direct access to the garden which allows nature to interact with the interiors. The wooden trellisses are repeated at several points in the project as standard elements, sometimes as horizontal and vertical sunscreens depending on the direction, or sometimes as screening elements for privacy. A new interpretation of the Mediterranean Architecture using white, blue and green is combined with the design’s minimalistic forms.