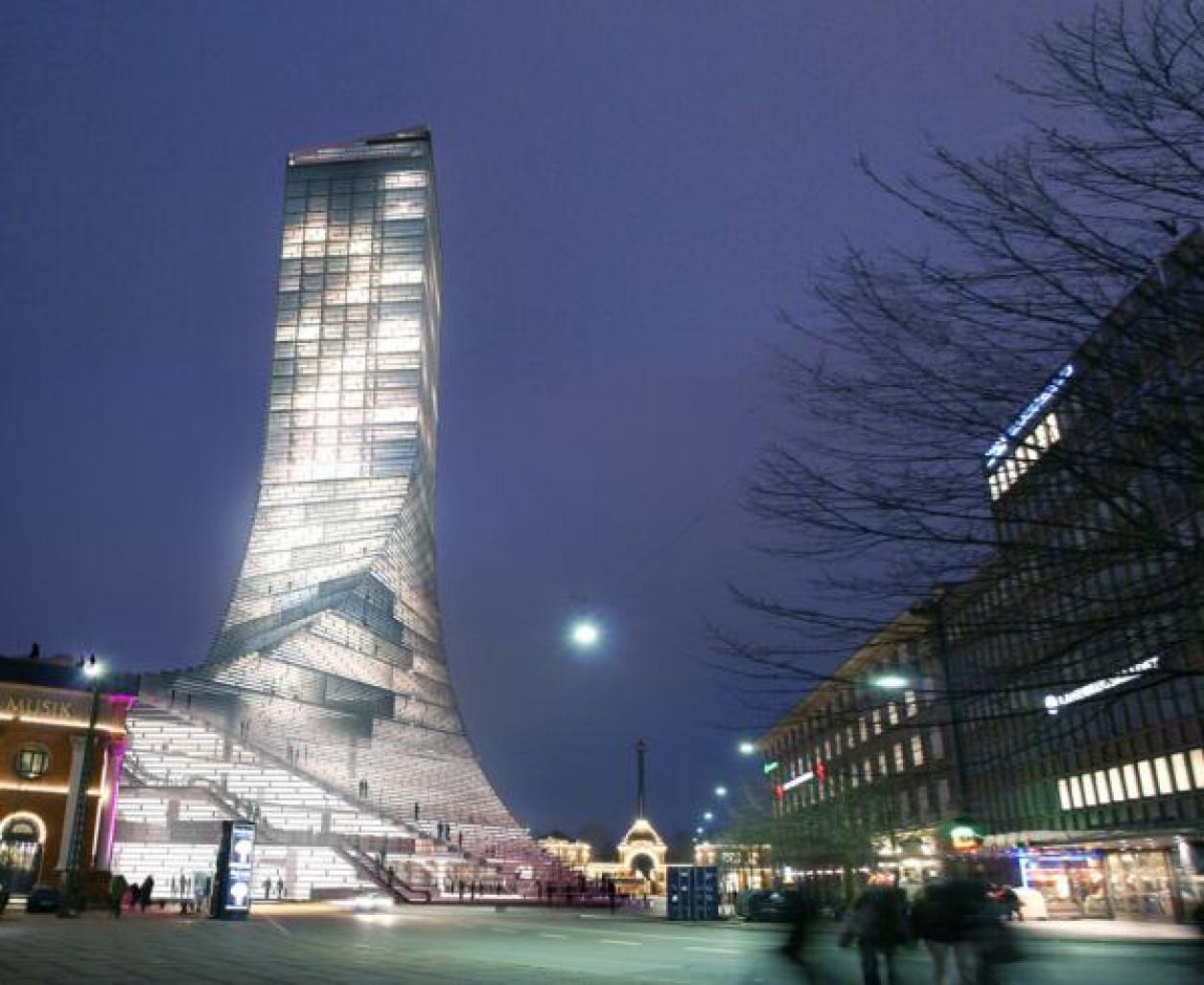 Visible from the Central Station, the Town Hall Square and the Tivoli Gardens, Scala on the Axel Square is located on a central traffic, cultural and commercial site in Copenhagen. Acting as the visiting card of Copenhagen to the surrounding world in the heart of a potent mix of élite and popular culture, we wish to continue Scala’s function as a place for concerts, cinemas, shops and restaurants.

The municipality has expressed a wish to let Scala house the new main library. Additionally, the proximity to the Central Station and its central location make the building suitable for conferences, hotel rooms and offices. Rather than choosing just one of the suggested programmes, we propose to realize all wishes and possibilities all at once: a dense and lively house for the city, combining both private and public space in a sliding scale from the street to the rooftop in one continuous movement.

We propose a building with a starting point in the historical Copenhagen tower which is made up of two basic principles: a base that relates to the urban space and life unfolding near the building, and a slim steeple that reaches towards the sky and becomes part of the Copenhagen Skyline. As such, our design of the Scala tower grows out of the context with a starting point in the volumes and cornice heights of the neighbouring buildings. From the surrounding city space, the house rises towards the sky.

At street level, people have access to the main library that is a terraced landscape of reading rooms, great collections as well as a conference centre. On the top side of the building, a terraced landscape invites people to relax and take in the city at one of the plateaus, making the Axel Square once again an attractive, urban public space.