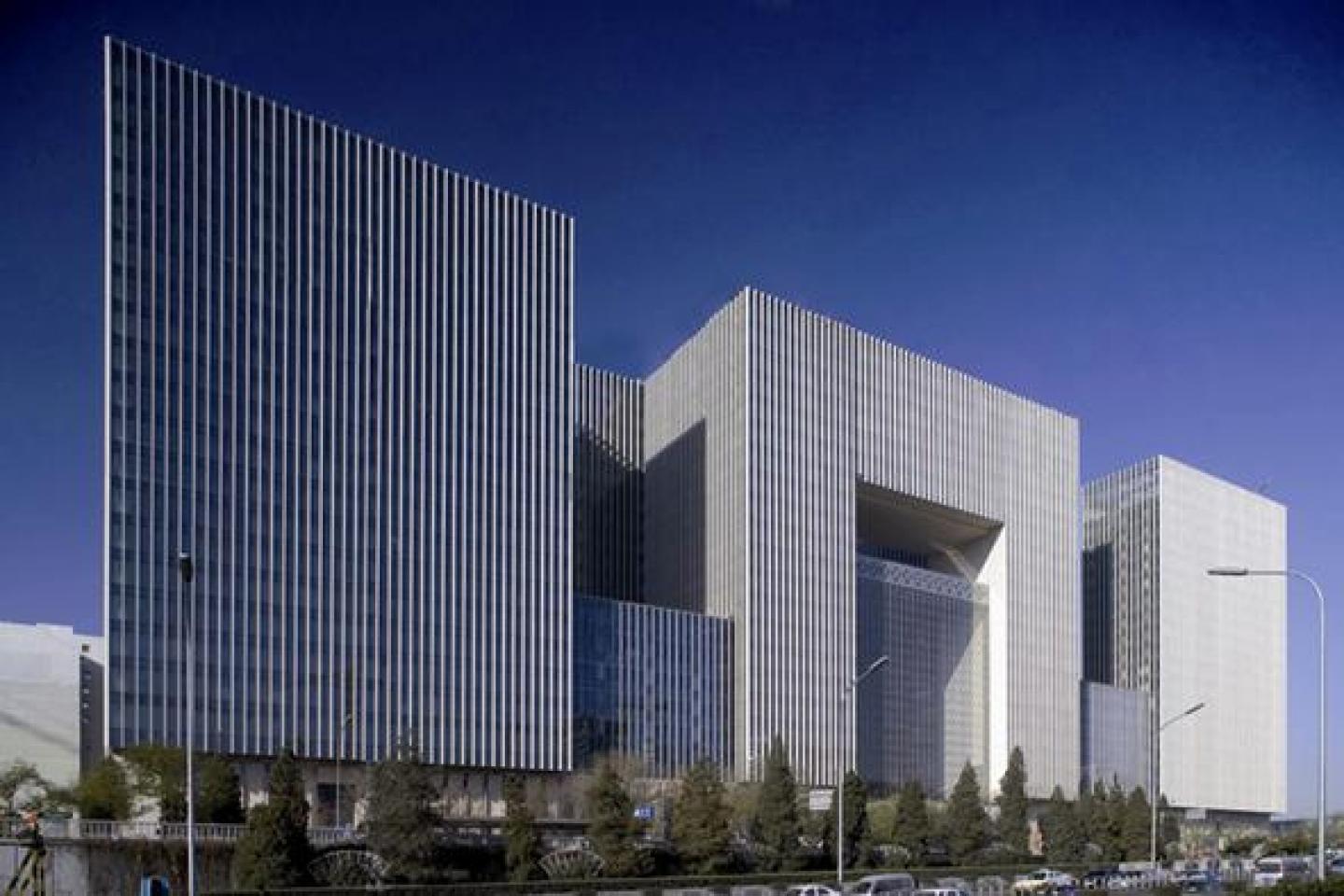 Being the headquarters building of an internationally listed energy company in China, the brief for this project placed great emphasis on total building environmental impact, technical innovation, and corporate identity. To support such aims, TFP was commissioned to perform comprehensive studies on the status quo of building technology applications, headquarter buildings, and stone as a building material.

The CNPC’s new headquarters building is a 200,000 m² office complex that brings together the company’s two major areas of operation. It is set to become a major landmark in Beijing. The design exploits the cluster organizational structure connected by common atriums and internal streets. Building mass is broken down into four 24-story L-shaped towers sitting on the top of a common base in order to maximize southern exposure, natural lighting and ventilation to the building. Double skin facades are adopted to mitigate air and noise pollution, and provide a climatic buffer to reduce energy consumption and greater user comfort.

TFP’s chief design focus was to increase the building’s southern exposure, which it did by clustering the building mass and breaking it into four 24-storey, L-shaped towers on a common base.

To make the separate towers work as a unified whole with environmental, social, organisational and spatial elements, atriums with internal climate controls have been conceived in each block. These are linked by internal streets running one level above ground from north to south, allowing the public to move from one block to another and eventually connect to the metro at the south end of the development. Similarly, the building’s sizeable basement accommodates common functions for all four towers such as coffee shops, libraries and auditoriums.