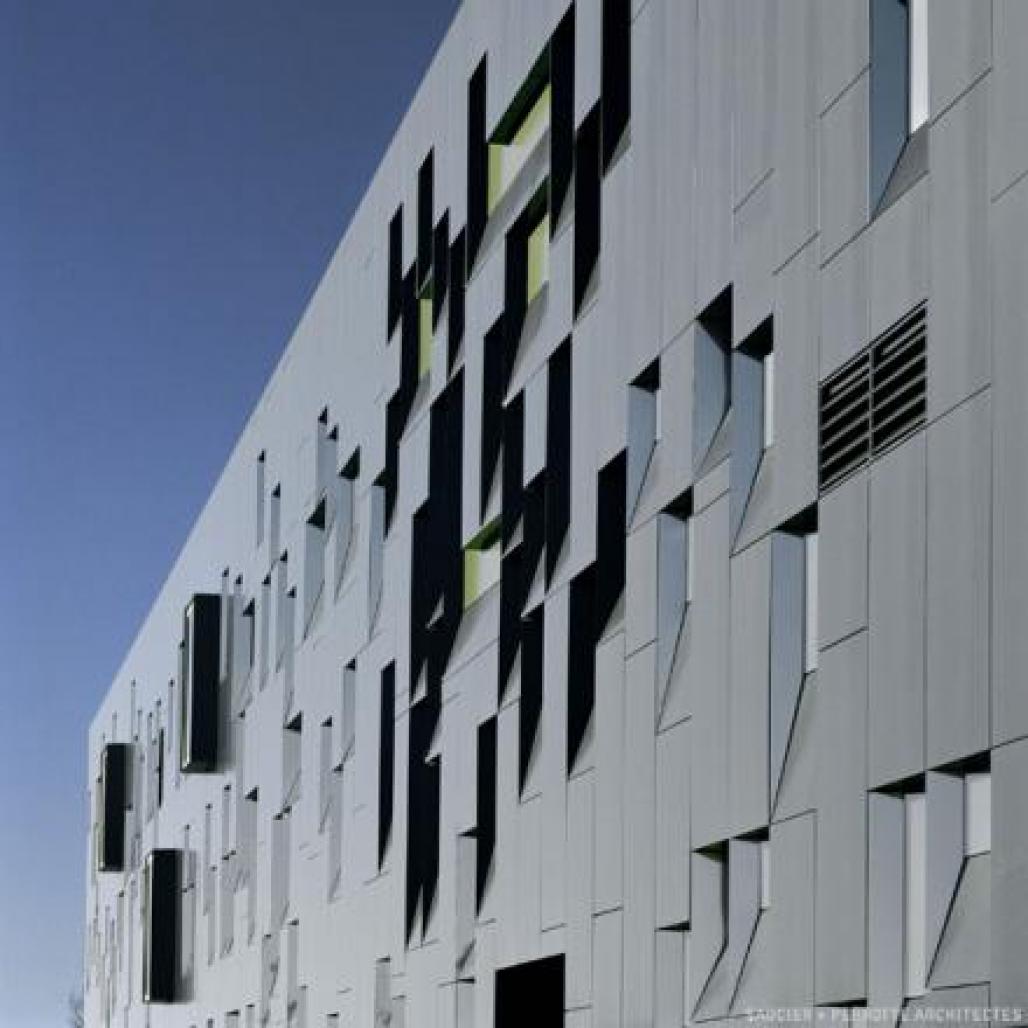 Riding the controversial line between public and private space, this research institute attempts to subvert the usual hard thresholds established by private enterprise in the public realm. The site is on the shore of Silver Lake, at the northern edge of Waterloo`s downtown core and the southern edge of the city`s central park. Adjacent to the primary pedestrian access between the university campus and the city centre, the site is an urban wilderness between clearly defined worlds.

The design takes inspiration from the wide-ranging, hard to define concepts that make up the subject matter of theoretical physics, at once micro- and macro-cosmic, rich in information and of indeterminate form and substance.

Between city and park, the Perimeter Institute expands and inhabits the improbable space of the line separating the two. The building defines the secure zones of the Institute`s facilities within a series of parallel glass walls, embedded in an erupting ground plane that reveals a large reflecting pool. The north façade, facing the park across this pool, reveals the Institute as an organism, a microcosm of discrete elements. The south façade, facing the city across train tracks and the city`s main arterial road, presents the Institute as a unified but transforming entity, of enigmatic scale and content. Entry to the Institute is possible from both the north, along the reflecting pool, and the south, under the new ground plane.

The interior of the Institute is organized around two central spaces, the main hall on the ground floor and the garden on the first. Spaces for administration, meeting and seminar rooms, leisure and fitness spaces, and a multipurpose theatre for symposia and public presentations, have direct access to the main hall. The circulation corridors running east-west are positioned between the opalescent glass planes, which are occasionally punctured and shifted to reveal views across the interior space of the hall. Vertical circulation climbs these walls, tendrils of ground that run from the garden through the building.

The garden - nature emerging from the vacuum - is crossed by three bridges that puncture all the planes, as well as the north and south façades. The bridges provide quick access to information, facilities and research colleagues. These conduits, which formally bind together the Institute, are routes crossing the improbable space between theoretical physics and everyday life. -Saucier + Perrotte Architectes