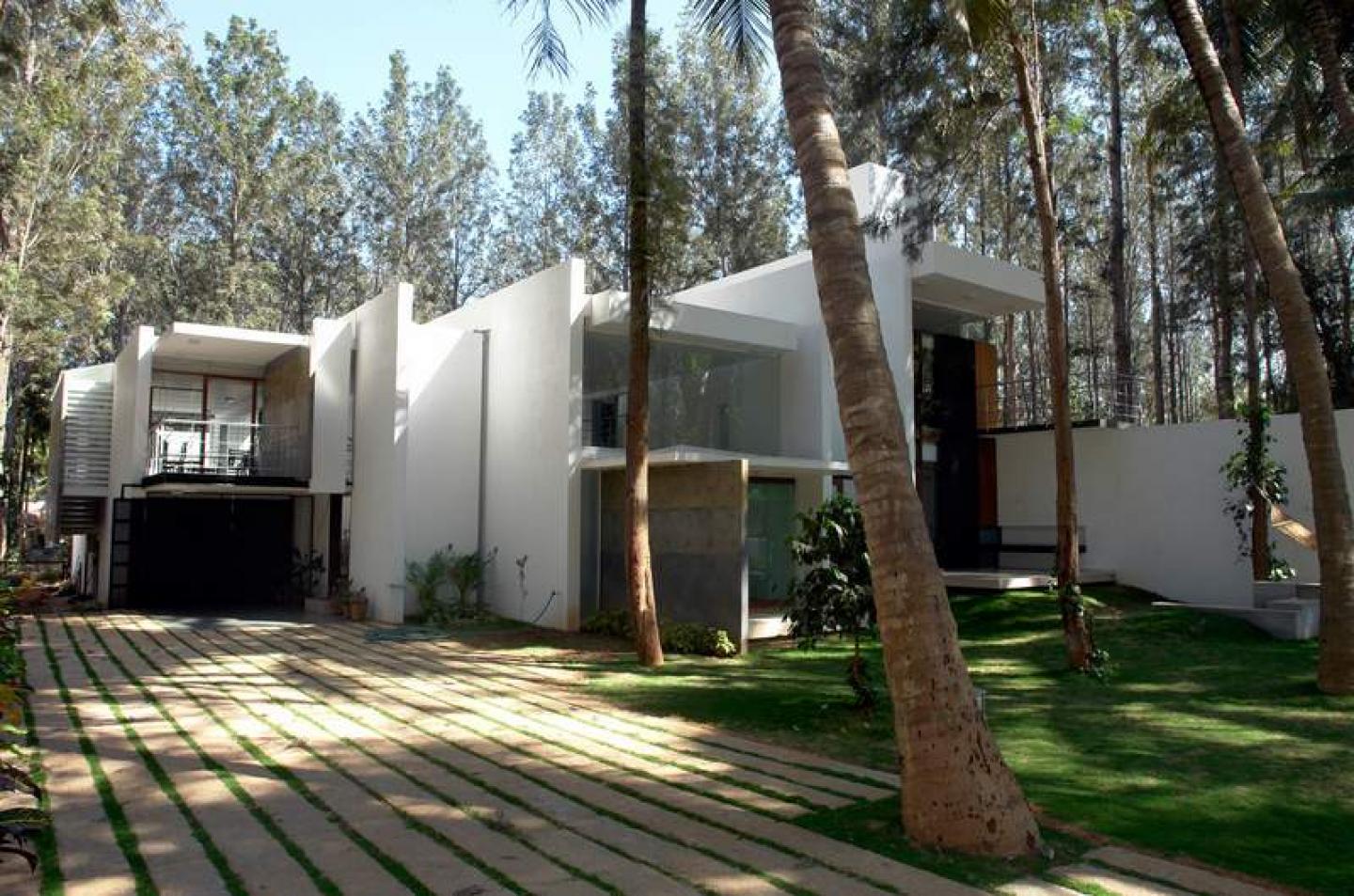 Tall silver oaks set off this linear house, whose blank walls reciprocate as a palette for them. Linear walls cutting across the site delineate luminous spaces working at different levels with respect to the pool.

Modeled on an extremely simple plan, the house consists of two light strips, crossing three linear spatial bays. The northern bay houses the garage and the family area above. The entrance works in the first light strip between the north and central bays. Walking across the delineating walls leads to the double-height living-dining space in the central bay, overlooking the pool on one end and the garden on the other. The third bay on the south consists of three bedrooms, kitchen, study & servant’s quarters in two floors. The space between the south & central bay contains the pooja space in an expanse of natural light.

RCC walls with subtle hues of colour have been introduced as linear elements of reduced thickness and colour in an otherwise white matrix. Light and shadow, both during the day and in the night, form an integral part of the design scheme and act as a dynamic relief on blank white walls. The fenestrations in the walls are designed to enhance views to the pool from all spaces in the house. To ensure that the walls are read as undiluted elements, the wooden frames of doors and windows have been ensconced where the wood remains concealed behind concrete fascia elements.

Every building element is visually detached from the adjoining members expressing its simplicity while allowing natural light through these crevices during the day and forming a glow of light on the outside during night. The roofs give an illusion of being suspended from above and the linearity of the walls remains continuous. The water-body, reflecting the frames and light rays, tends to complete them. Daylight and water become a common thread tying the spaces, as the user perceives them constantly. On the exterior, the house gradually melts away into a composition of vertical lines as one walks towards it.

Bounding walls that traditionally segregate sites are designed here to extend the house into the surrounding landscape.

Overall, the house exudes a comforting sense of peace and warmth achieved from attention to every small detail - from the window frame and recessed light niches to the unobtrusive structure that lightens the house.