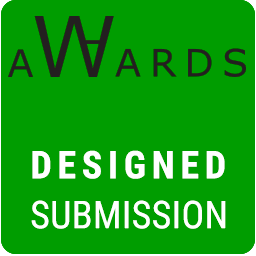 One of the oldest and busiest stations in the world, Nagpur Junction Railway Station, is redeveloped as a contemporary transit hub that reflects the iconic heritage.

This project juxtaposes the traditional and the contemporary, fusing together historic and nouveau to create a design that responds not only to the modern city of Nagpur, but also speaks to its historic value. The project focuses on the reclamation of an iconic heritage building.

REFLECTING THE PAST
The entire design is evolved from a traditional arch, derived from the pre-existing station itself. Each terminal is composed of arches spanning the openings by the means of separate units assembled into an upward curve to maintain their structural integrity. The individual arch and vault shape is extracted in shape and scale from the existing station, so as to create a harmonious extension of the terminal.

The design is developed from the basic geometry of a two-dimensional arch, further evolved into a three-dimensional structural system. The imbricating pattern on the arches is carried forward in the entire terminal to create almost a kaleidoscopic effect, enthralling and fascinating the inhabitants of the station. The tessellated expression of the new roof allows an interesting play of light and shadow within the station.

SELF SUSTAINING MODULES
The design of this structure comprises of a series of steel modules of four-point arches rendered into ribbed columns. Due to the nature of the ever-running station, the entire system is prefabricated, allowing ease of construction and optimum efficiency. The geometry reduces the exterior square footage exposed to wear and tear by nature’s elements, reducing overall maintenance and energy costs. The steel structure can withstand structural load even in oscillating weather conditions. Translucent double-glazing panels are used for exterior partitions, providing a lightness and openness to the overall design.

ORGANISING THE TRANIST HUB
The redevelopment of the Nagpur Junction Station is not only about creating a meaningful design, but also re-organizing the station’s transit system and further creating a transit hub in one of the city’s busiest areas. The creation of a new arrival terminal and departure terminal creates segregated movement within the station.