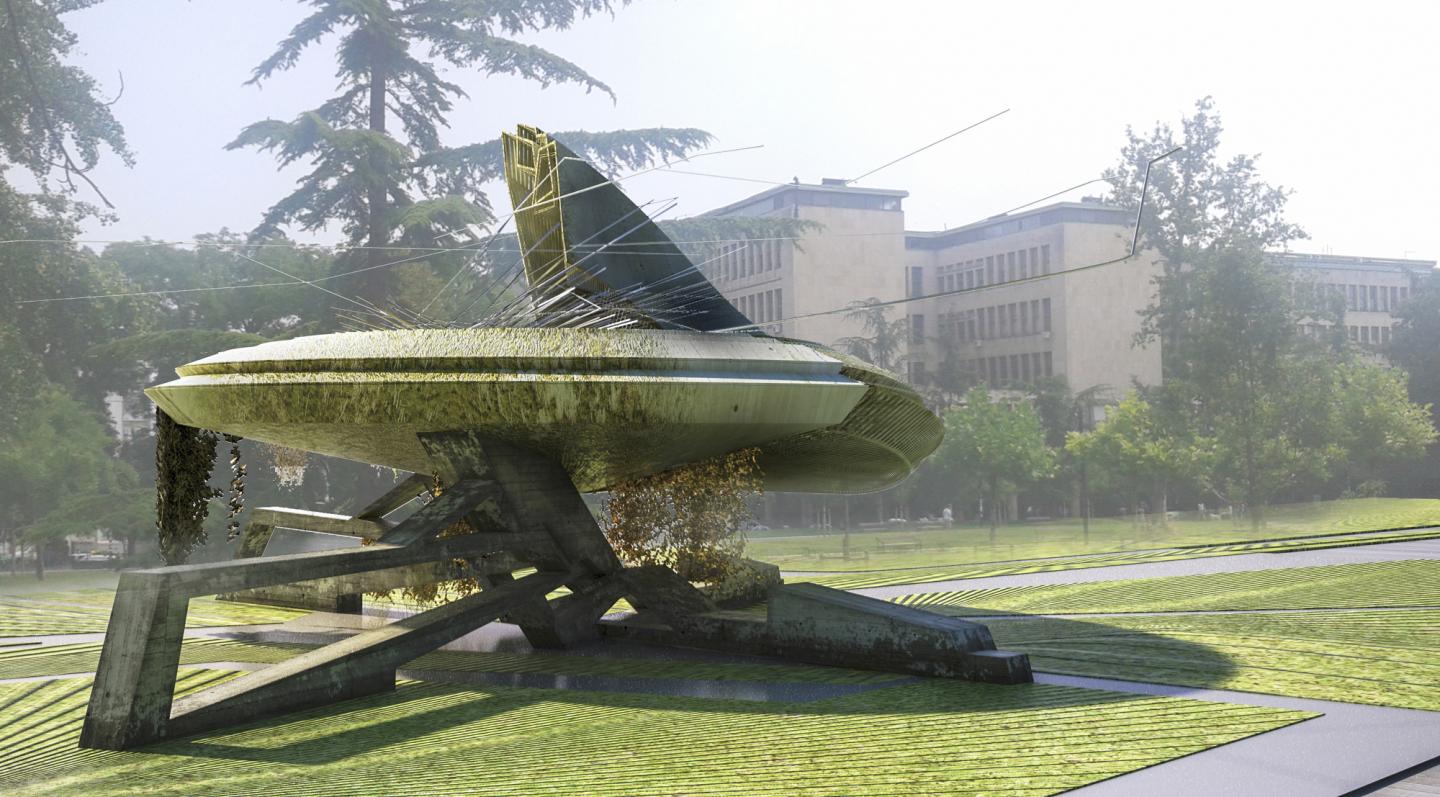 The second project in a series of three using Piezoelectric semi conducting crystals, advocating a sustainable and environmentally sympathetic architecture.
Belgrade has one of the largest trolleybus infrastructures in Europe which spans the entire city. This project is a design for a combined trolleybus terminal and public garden; the building uses piezoelectric cells positioned within the main body of the helix structure to generate electrical energy when subjected to mechanical strain, this vibrational-energy harvesting uses the displacement of piezoelectric crystals which are deformed by wind, pressure exerted from trolleybus pulses and kinetic movement from the overhead infrastructure wires to generate a current. The piezoelectric cells are stacked within the terminals folded cross section further increasing the vibration within the structure, a cluster of conducting wires are suspended from the terminals helix frame, they connect directly to the overhead trolleybus wire infrastructure which serves the entire city, these wires create a breathing atrium that reverberates with wind and rain amplifying the electrical output from the building. The architecture has become part of the infrastructure.
The design generates enough electrical output for street lighting, Internet WiFi access to immediate neighborhoods, the building is an active adaptive power port, commuters will be able to charge mobiles, laptops and smart cars at these trolleybus station gardens. The generated electric current will be used to stimulate plant roots for plant growth within the main body of the structure, the park next to the terminal has its irrigation and sprinklers powered by the trolleybus terminal.
The project follows the Piezoelectric playground designed in 2008 for the Piorinski Park, Belgrade. The architecture advocates a dialogue between architectural form, geometry, sustainability and smart materials as an inherent part of the design process, dictating the terms of the architectural design criteria rather than referring to sustainable technology as a polite afterthought. Renewable energy and how to optimize the collaboration between program, typology and architecture to define a type of sustainable design approach.