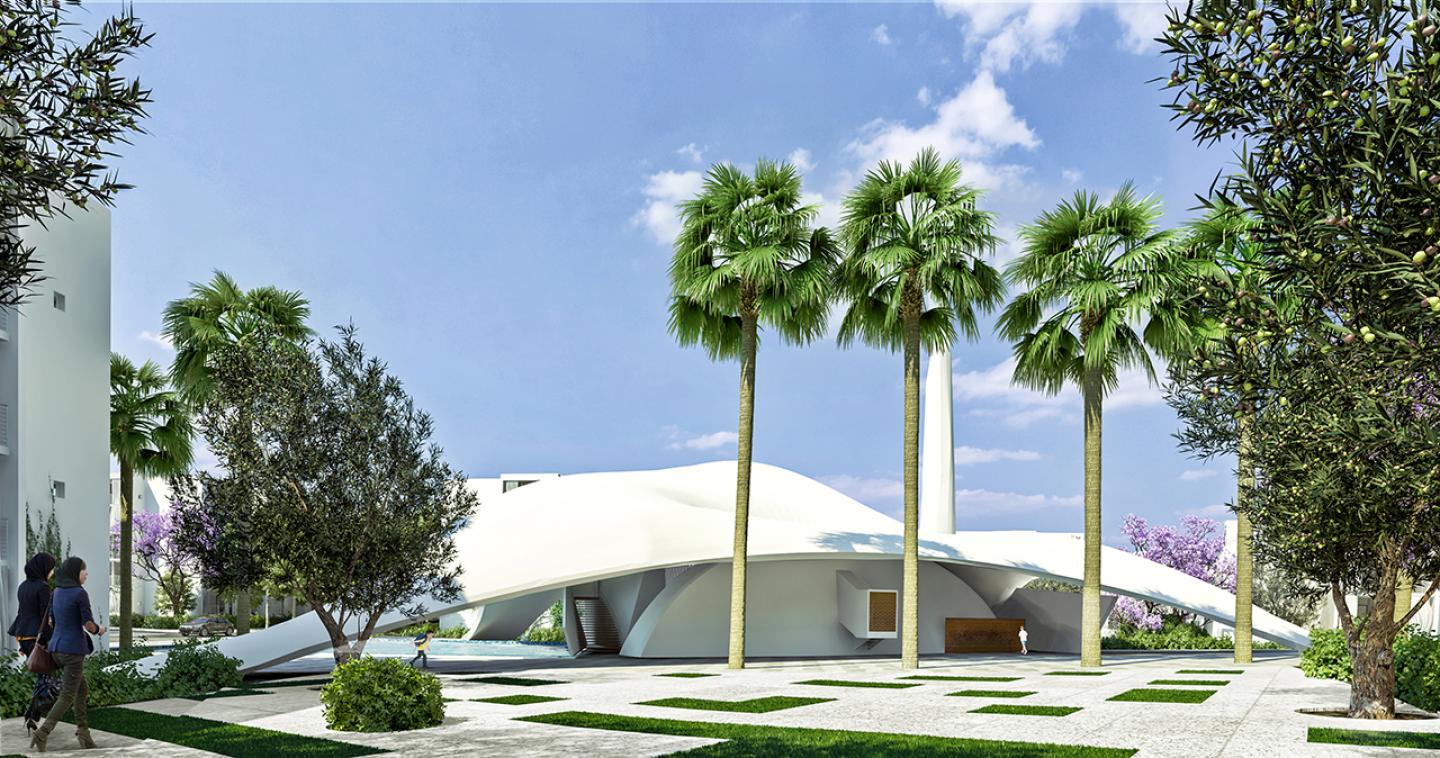 The mosque has been designed to become a religious and urban landmark playing a central role within the rural community.
It is positioned at the center the two-major axis of the urban development, joining the rural park to the main commercial artery and the two large urban pedestrian plazas (one with shops, the other without).
This privileged setting signifies unity and centrality, reflecting the role played by Islam in everyday life.
The mosque has two main entrances (one for men and one for women) opening directly to the non-commercial pedestrian plaza which can accommodate groups of worshipers before entering or exiting the mosque. Two reflecting pools establish a reverential distance and a peaceful quiet threshold between on one side, the park, and the other, the main street. At the same time the pools flow from the place of worship to the origin of the irrigation system, suggesting the sublime connection between the nourishment of the soul and that of the earth.
The enclosure walls do not wholly seal the interior, since, as they soar upwards they gradually become more porous, ultimately transforming into Moucharaby. The cooling breeze and natural light from the park flow freely through the walls, letting the building naturally breathe, meanwhile the floor is constantly kept warm at human body temperature.

The overarching vault is erected by local masons using local materials. Its parametric design and digital fabrication involve the use of RhinoVAULT software (Funicular Form Finding The Rhinoceros® Plug-In RhinoVAULT). It is a structural form using the Thrust-Network-Approach to intuitively create and explore compression-only structures.