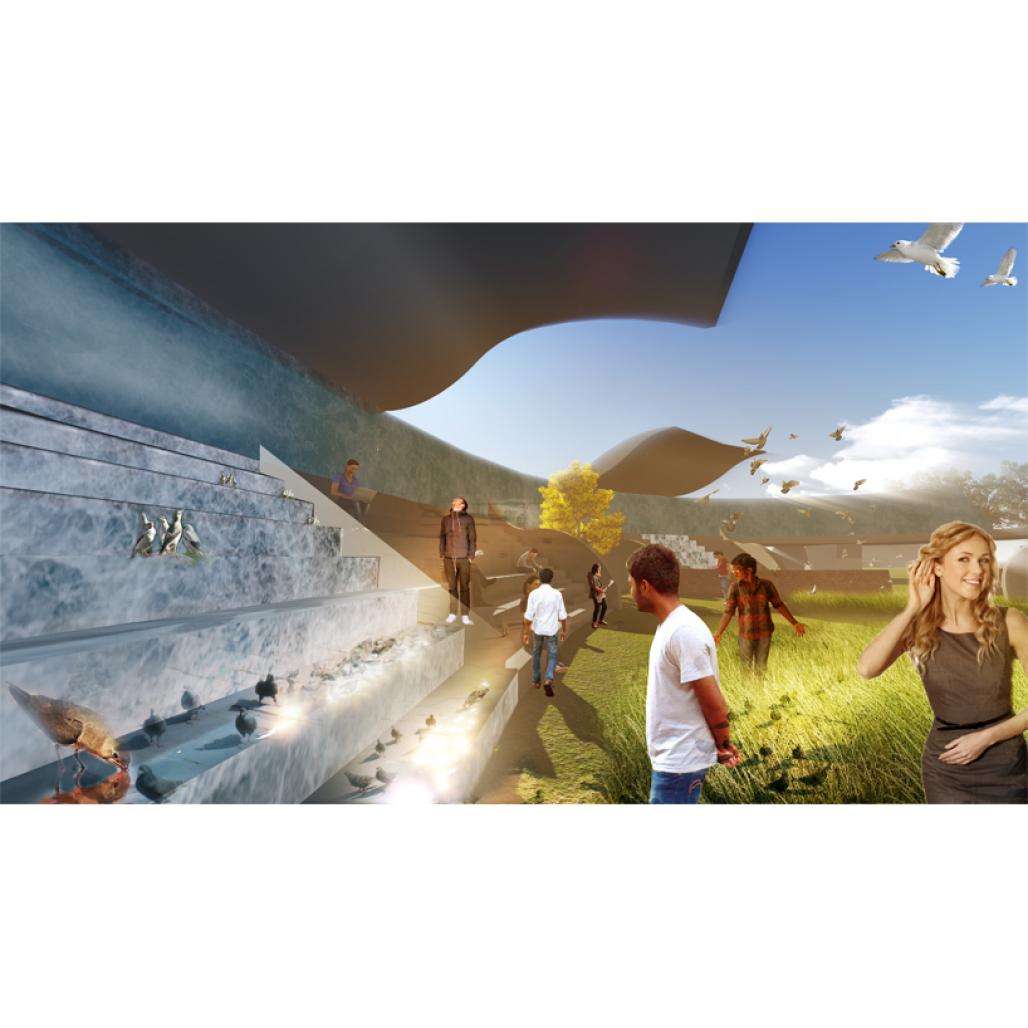 Urban noise which is threat due to urbanization for the is crafted using architecture as a tool to actualize a greater urban environment.

Increasing urbanization has resulted in the alarming rise of chaotic sound generated by urban components producing an unorganized wave form referred to as urban noise. Noise is an understated threat that can erode the quality of an entire city. Noise levels are predicted to reach alarming stages in the next few decades such that all interventions will prove to be futile due to the overpowering effect of urban noise. It is of paramount importance to thus craft the urban noise to become a beneficial component of an urban set up. urban noise is crafted using architecture as a tool to actualize a greater urban environment.
https://www.youtube.com/watch?v=7Q9IjF-k_3U