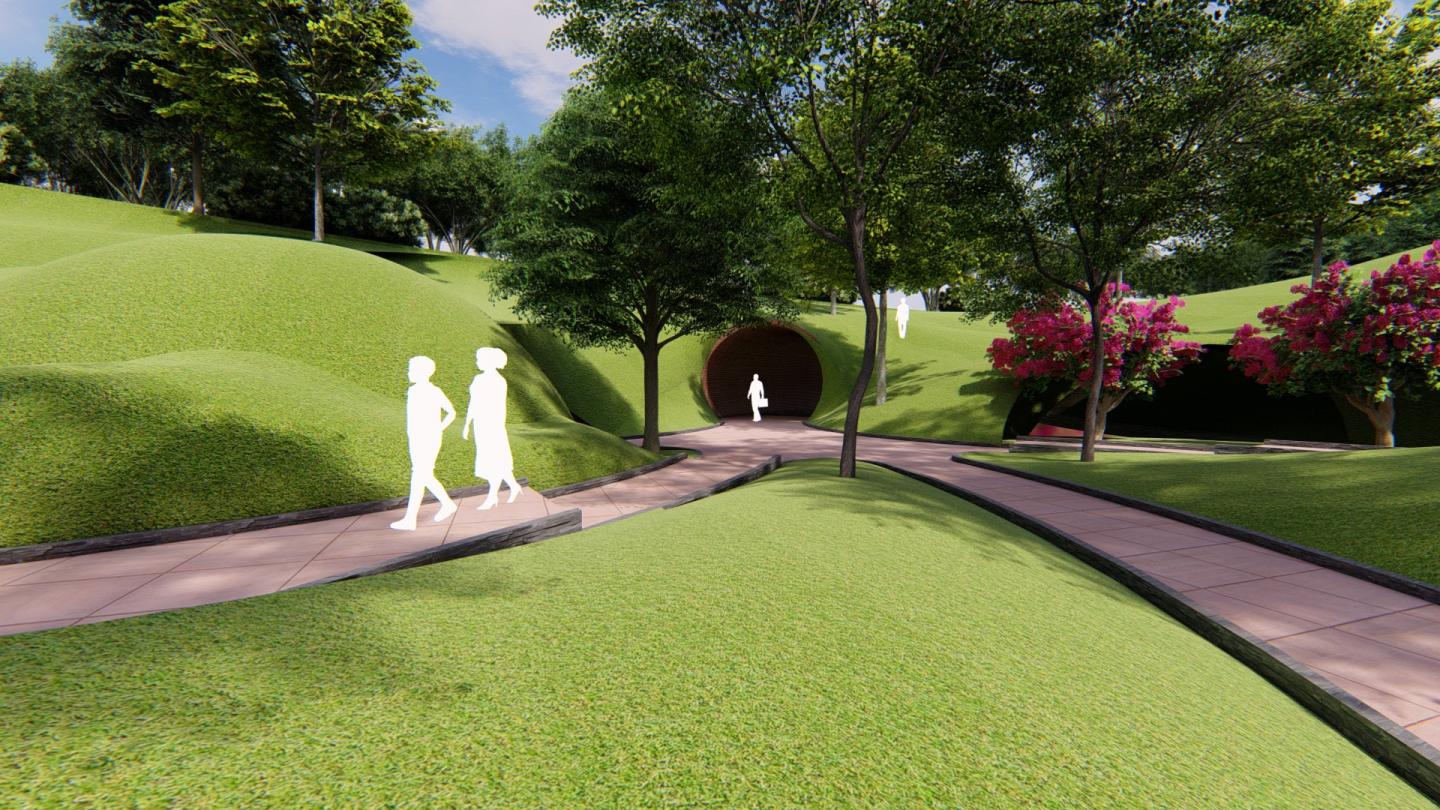 The goal of the project is to provide a space for an Urban Population to realize the beauty as well as the harm that is present around them. The project is designed on the banks of Kempambudhi Lake in Basavangudi, Bangalore. It aims at raising awareness of the releasing of sewage into the lake and the harm it causes to the lake itself as well as the ecosystem around it. To battle, this issue the center educates its users and also has Aeration piers that oxygenate the lake water and rejuvenate the organic life within the lake. The entire built structure is covered with landscape elements as an attempt to replace the earth it is built on and sustainable materials such as rammed earth have been used for construction. The natural terrain of the site with its various levels has been used to its advantage and water has been used as the star element in various portions of the community center.

It comprises a library, a cafe, seating pods, a lake awareness sculpture, four-wheeler and two-wheeler parking, and the aeration piers upon the lake. These piers are temporary and can be floated around the lake cleaning up the water in sections. The seating pods are enabled with Wifi so as to also target a more modern worker population to interact with its elements. The library is double floored with a central greenhouse open to the sky. The intention of the awareness sculpture is to educate users on the encroachment of buildings in our country to its lake edges.

Overall the park accomplishes its goal of being a pull-factor to the area thereby improving the economy and ecology of its surroundings.

The structures have been designed primarily using the dome shape so as to create a natural flow of landscaping over all the built forms and to create a space that can be accessed and walked over in any direction.