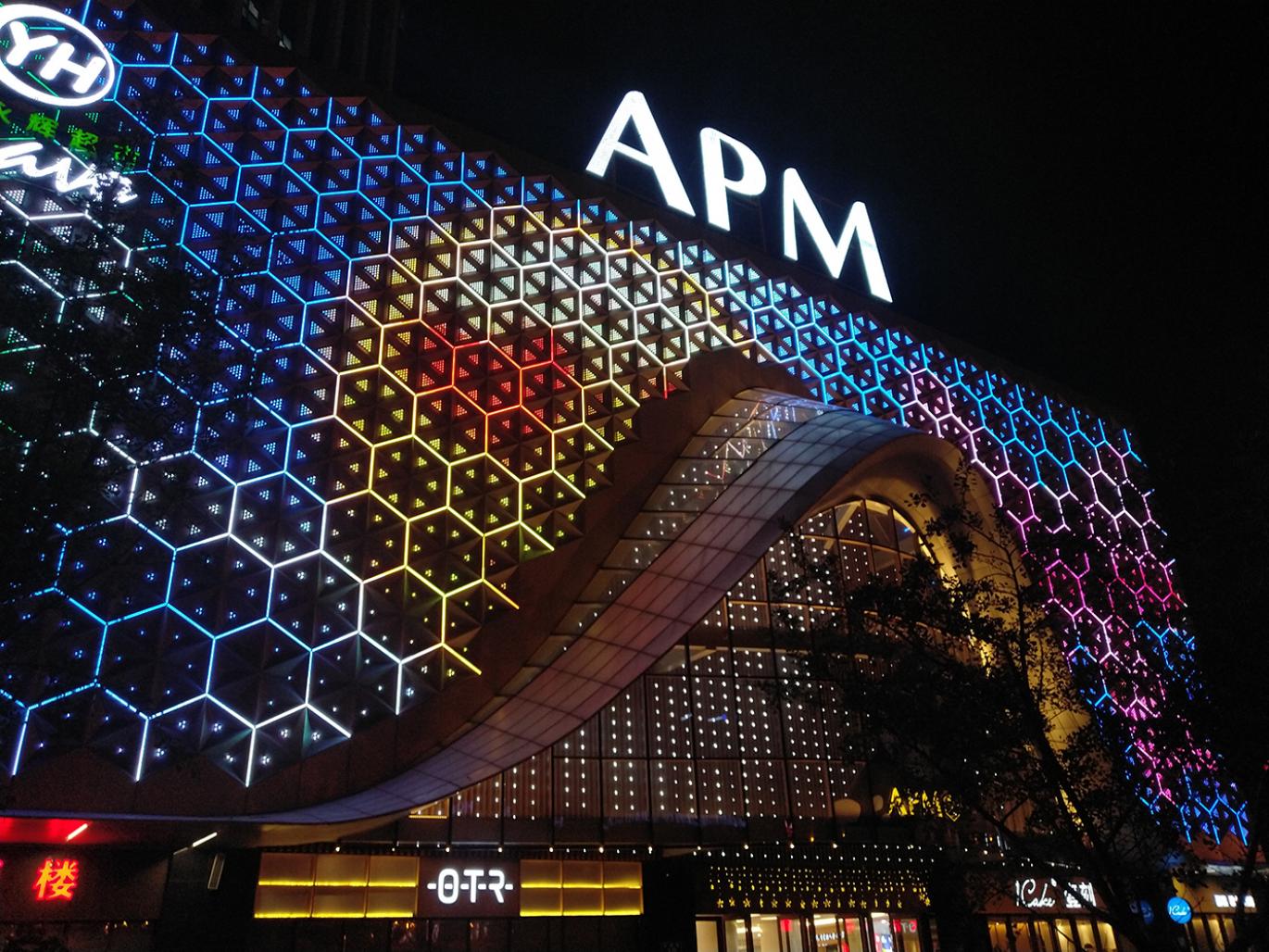 Project background:
APM Square is located on the Fuzhou Financial Street plate. Its west side is adjacent to the city thoroughfare, Lianjiang Road, and the south side to the city minor arterial, the Aofeng Road.
The project is a five-story podium. The original design positioning was a department store. However, the old facade design was relatively too traditional, lacking the basic design elements of a shopping center.

Project Positioning:
The orientation of the project is a new type of leisure business complex, which aims to build a nocturnal consumer destination in Fuzhou.
APM combines "am"(morning) with "pm"(afternoon).
The APM promotes night-time spending and fitness sports. Business hours can be last until the next early morning, or even overnight, so that high-end consumer groups would be no longer constrained by time, shopping, relaxing and enjoying.
APM is an "all-day" lifestyle more in line with high-end fashion groups.

Design Concept:
Settlements:
Settlements are places where humans gather to live together. The settlement environment is a living environment created by human beings after they consciously exploring and transforming nature. It is a general term for various forms of human settlements. “Han Shu, Gou Xu Zhi, " records: "The initial scattered houses form the final settlement."
The hexagonal Honeycomb shape creates a highly recognizable youth gathering and consumer resort, representing a sense of aggregation and ownership.
Starlight:
Starlight refers to the light of stars. In the Liu-Songs period of South-Dynasty, Bao Zhao's "Fei Bai Shu Shi Ming": "Starlight shines, so is nightlife"
Relying on the concept of APM night spending, creating a sense of stardom through the design of night lighting, and also adding architectural expressions at night, you can combine different festivals and time periods to do different rhythm and color theme lighting displays, and to create deeper and more beautiful consumer knowledge.

Modification Elements:
Square and Entrance.
The original site traffic is dominated by cars. Firstly, an entrance square is added at the corner to improve the accessibility of pedestrian space and to provide humanized landscape leisure facilities. Also, a ribbon winding method is used to systematically solve the awning facilities problem, building a gray space, and highlighting the identity of the main entrance.
Atrium Space Design
Through the adjustment of the floor opening, the display of the indoor atrium was strengthened. The adjustment of escalators and vertical elevators optimizes the moving lines and shopping environment. The internal lighting design of this design continues the overall concept and realizes the interactive lighting effect of the atrium through the LED matrix.
The Reconstruction of the Facade
The design of the facade focuses on highlighting the image in the nighttime. The design of the curtain wall is in accordance with the lighting design, promoting the identity of the building and improving the commercial atmosphere.
The entire exterior of the building consists of 840 hexagonal curtain wall units. Parameterized design integrates the led's lighting module to achieve rapid installation and integrated control.