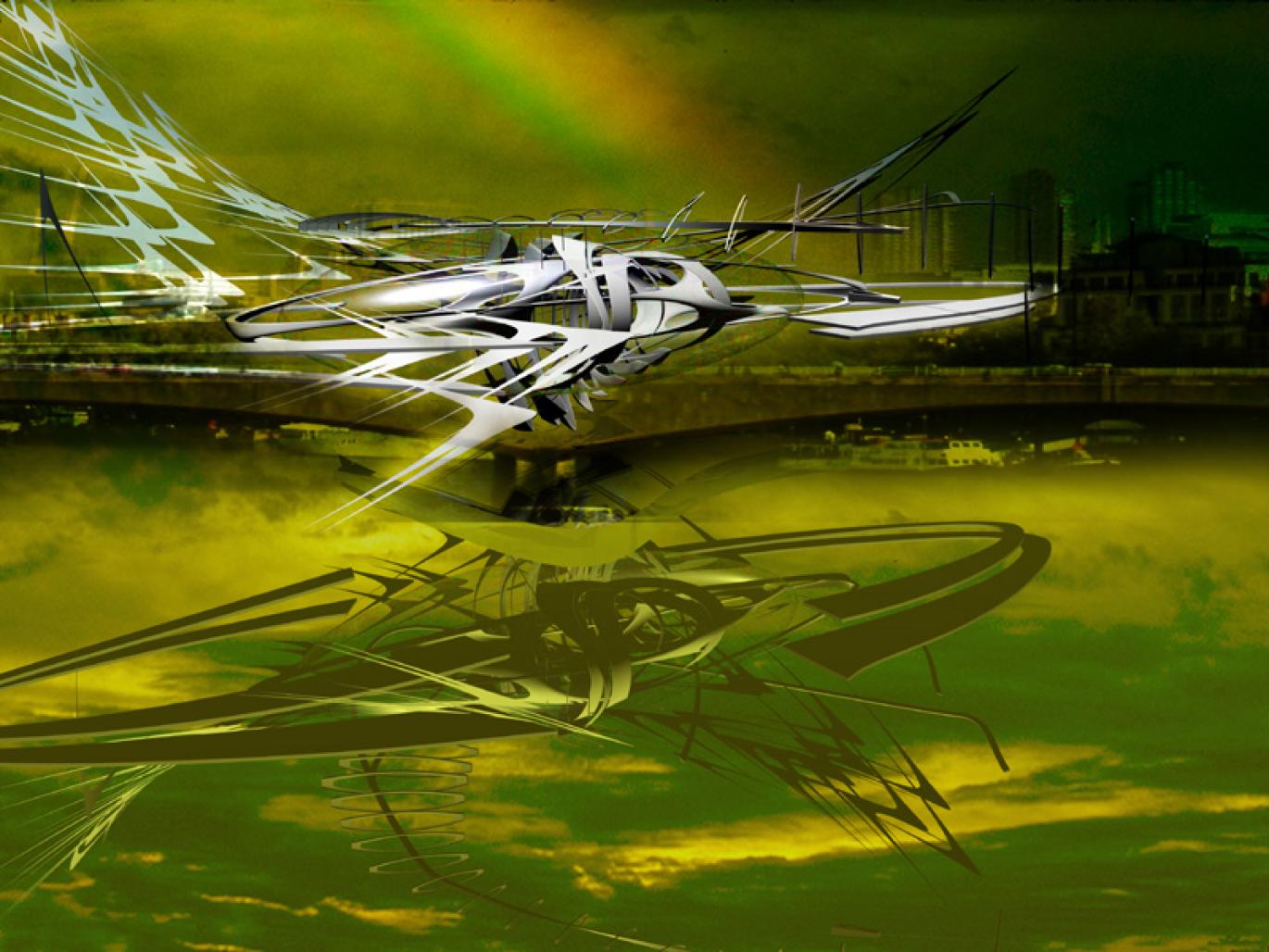 The Ozone detection pod uses the notion of illusion to alter our relationship with the ever-evolving environment. Using architecture to dictate the perception of natural environments whilst employing this illusion to create a virtual environment, whereby physical space provokes multiple horizons, and both actual and virtual space are projected within and in the immediate context of the Ozone detection pod.
A series of pods and their projected spaces allow us to experience ever-changing horizons, initially questioning what is real and virtual before becoming accustomed to

A flock of Polychrastalline solar cells attached to steel tension cables suspend the Ozone detection pod over various areas in the city of London. The solar cells use Photovoltaics to convert light into electrical voltage which is stored in the pod’s carbon fibre Silicium composite Ozone detection frame, this triggers the pods motor which controls parabolic mirrored bands that reflect light in through the pods holographic glass sphere refracting it back out as a filtered source of sunlight with reduced harmful UVB radiation. The pod is made from strengthened high-density glass, the shape allows for a rainbow effect due to it’s ability to defract light.
This projected artificial light can be controlled to alter its luminance and exitance mimicking summer Sunlight, the pod acts as an inhabitable public gathering space whereby the individual experiences the transition from real to virtual. The pod’s design uses reflections and glimpses of the city in an attempt to define multiple horizon lines, this disorientation suggests a non-hierarchy and continuously altering relationship with the changing physical context dictated by the Ozone detection pod.
The pods alter physical space by creating illusions using light projections, they also create mirages using temperature changes and light to diffract and reflect the city redefining the environment into which we can re-appropriate offering new design contexts. Suspended from existing buildings these pods are dotted around the River Thames, they simulate a flock of birds in orientation which collectively gather enough light energy to choreograph the Ozone detection pods and their parabolic mirror movement. The pods movement is controlled by an increase of harmful UVB light rays which trigger a reed switch within the pod completing the electrical circuit that moves mirrors which reflect, refract and filter as much natural light as possible.