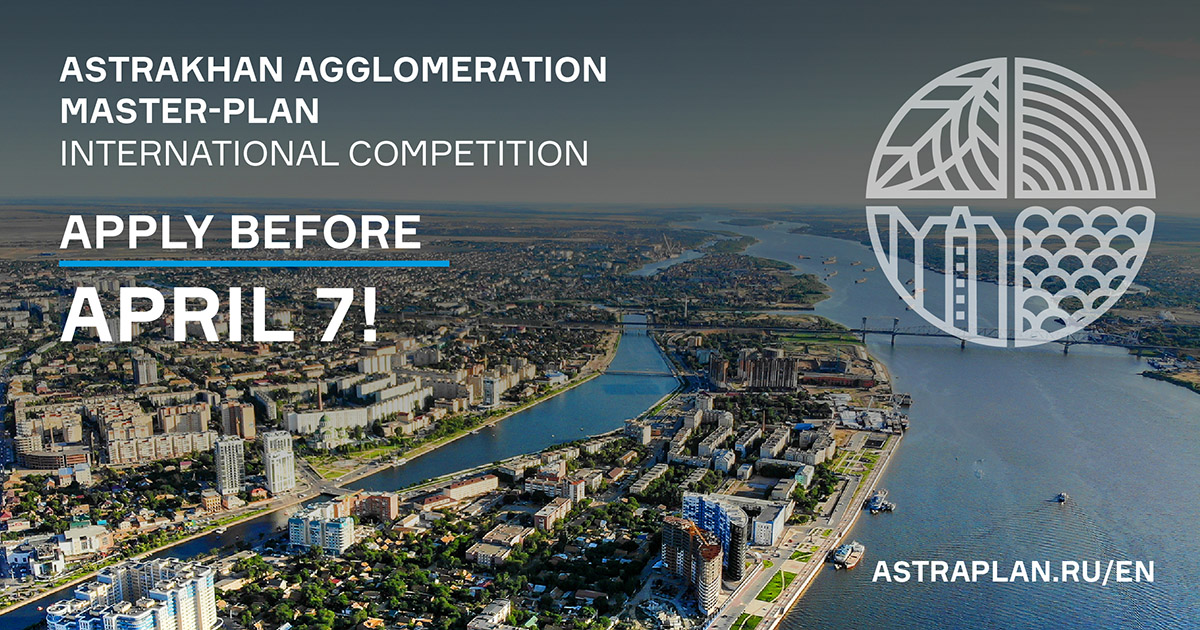 An Open International Competition for the development of a master plan for the Astrakhan agglomeration was announced by the TASS information agency. The project is designed to establish the priorities for the development of the agglomeration, to raise the population’s quality of life to a new level, and to ensure the new status of the region with the subsequent introduction of amendments to the territorial planning and urban zoning documents of Astrakhan Region and Astrakhan.

At the end of 2018, Russian President Vladimir Putin outlined the need for a transition to master planning as the principal tool allowing the determination of the strategic aspects of a city's urban development, instructing the Russian government to prepare proposals for the transition of large cities from general plans to master plans. Astrakhan will be one of the first regional centers to start developing a master plan. The master plan resulting from the open international competitive procedure will determine the main vectors for the development of the urban agglomeration in the medium and long term.

The Open International Competition became a part of the comprehensive work begun by the region based on personal instructions from Governor of Astrakhan Region Igor Babushkin. The work is being carried out by the Agency for Strategic Development CENTER with the support of the Government of Astrakhan Region and the Administration of Astrakhan and with the participation of leading federal and local experts, as well as taking into account the opinions of the residents of the region while involving them in the process of changes, in accordance with the Standard for Involving Citizens in Solving Issues of the Urban Environment developed by the Ministry of Construction of Russia. The work includes an analytical study and a professional competition in urban planning.

Astrakhan Region is a unique region of Russia, one of the centers of the Caspian Sea region, the country's southern outpost, and a center of diplomatic and cultural relations. Due to its geographical position, the region has high cultural, tourist, economic, industrial and logistic potential. It is a multinational and multi-confessional region, on the territory of which there are almost 900 monuments of architecture, history and culture.

"The participation of citizens in decision making on the future development of territories is a necessary process for creating a comfortable urban environment. It is essential to creating truly desirable spaces. Involving residents helps to accommodate the needs and wishes of the people who use the area. Today, Astrakhan Region has set itself ambitious challenges, including the introduction of a tool for agglomeration development and the creation of a master plan," said Irek Fayzullin, Minister of Construction, Housing and Utilities of the Russian Federation.

The purpose of the master plan is to solve strategic challenges in the development of the Astrakhan agglomeration and the region as a whole. The document will help in setting development priorities, improving the quality of the environment and of life in the urban and rural areas, as well as in developing the tertiary sector of the economy and reducing the outflow of the population. The set of measures developed will contribute to the social and economic development of the region with direct consideration of the opinions of residents on the development of the territory.

The competition will have two stages and will be concluded on July 22. Its goal is to choose the master plan that is optimal for the Astrakhan agglomeration, implementing a scenario for the development of the territory which takes into account the identified potential and promising areas of integration.

Applications for participation in the competition will be accepted until April 7. Participation in the competition is open to professional organizations operating in Russia in the field of integrated development of territories and urban planning, architecture, design, and elaboration of concepts for the development of public spaces and capable of attracting specialists in the fields of economics, finance, and content programming to the team.

In the first stage, the judging panel, which will include representatives of government authorities, development institutions, and experts in the field of architecture, urban planning, integrated development of territories, cultural heritage, as well as economics and spatial planning, marketing and communications, technology and innovation, will name three finalists. They will continue to work in the second stage and at the end of July they will submit their bids to the judging panel. Based on the results of this consideration, a decision will be made to choose the winner of the competition, whose project will be implemented in the future. The judging panel will be headed by Governor of Astrakhan Region Igor Babushkin.

To take part in the competition, it is necessary to fill out an application on the official competition website en and provide a portfolio of completed projects demonstrating relevant experience, along with an essay with a description of the key ideas that will lay the groundwork for the future master plan.