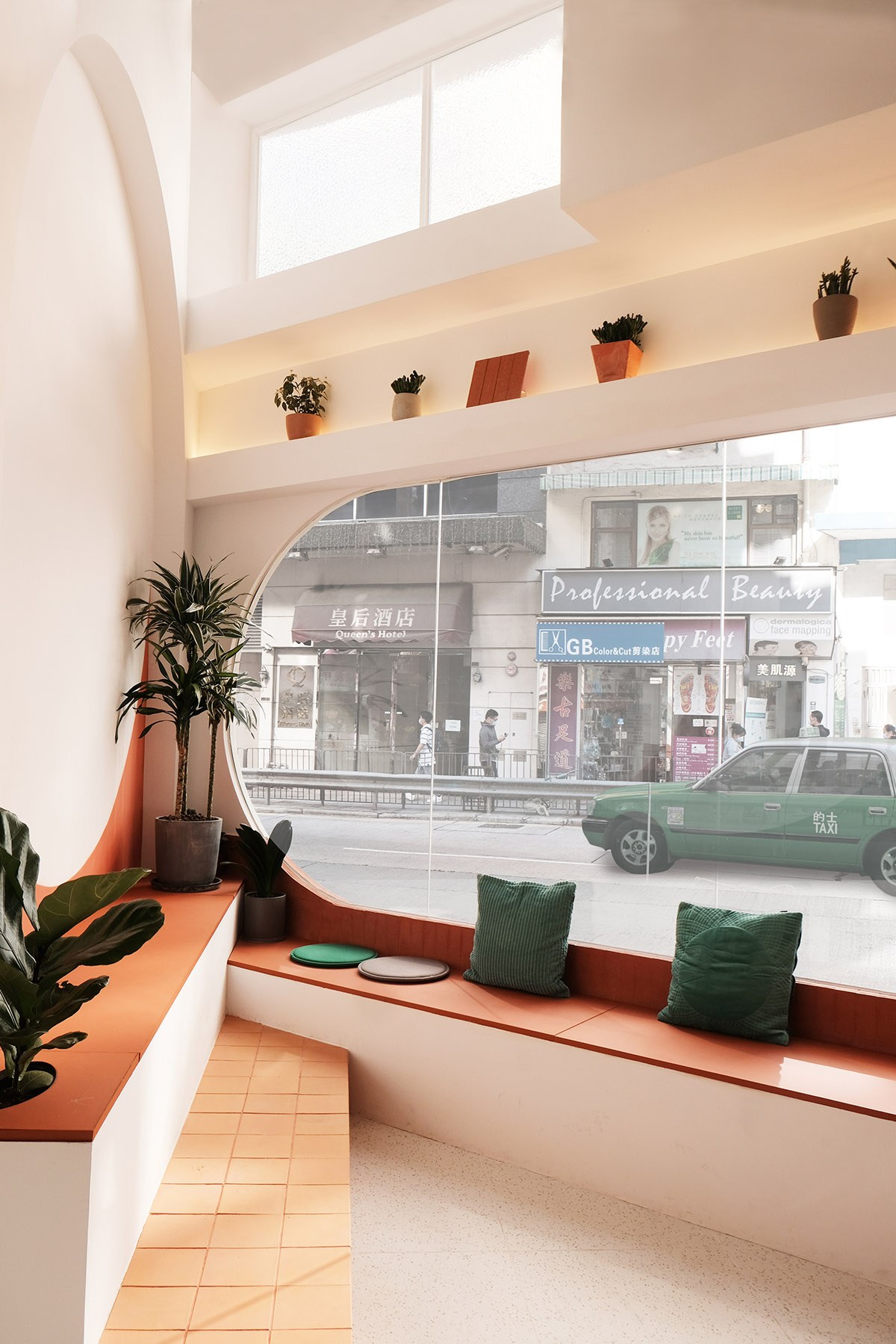 This tiny cafe features peachy-colored shades mixed with green infills, attributing to the golden sunset of Australia in Hong Kong.

Named Today is Long Cafe, the 30-square-metre cafe was designed by Hong Kong and London-based firm Absence from Island in a corner plot in Hong Kong.

The designers completed the cafe for clients, who were a group of individuals who have studied and worked separately in Australia and have subsequently moved back to their hometown Hong Kong where they eventually met due to a shared passion for coffee. As the architects explain, one of them has become a well-accomplished barista and another has become a successful public-relation manager. 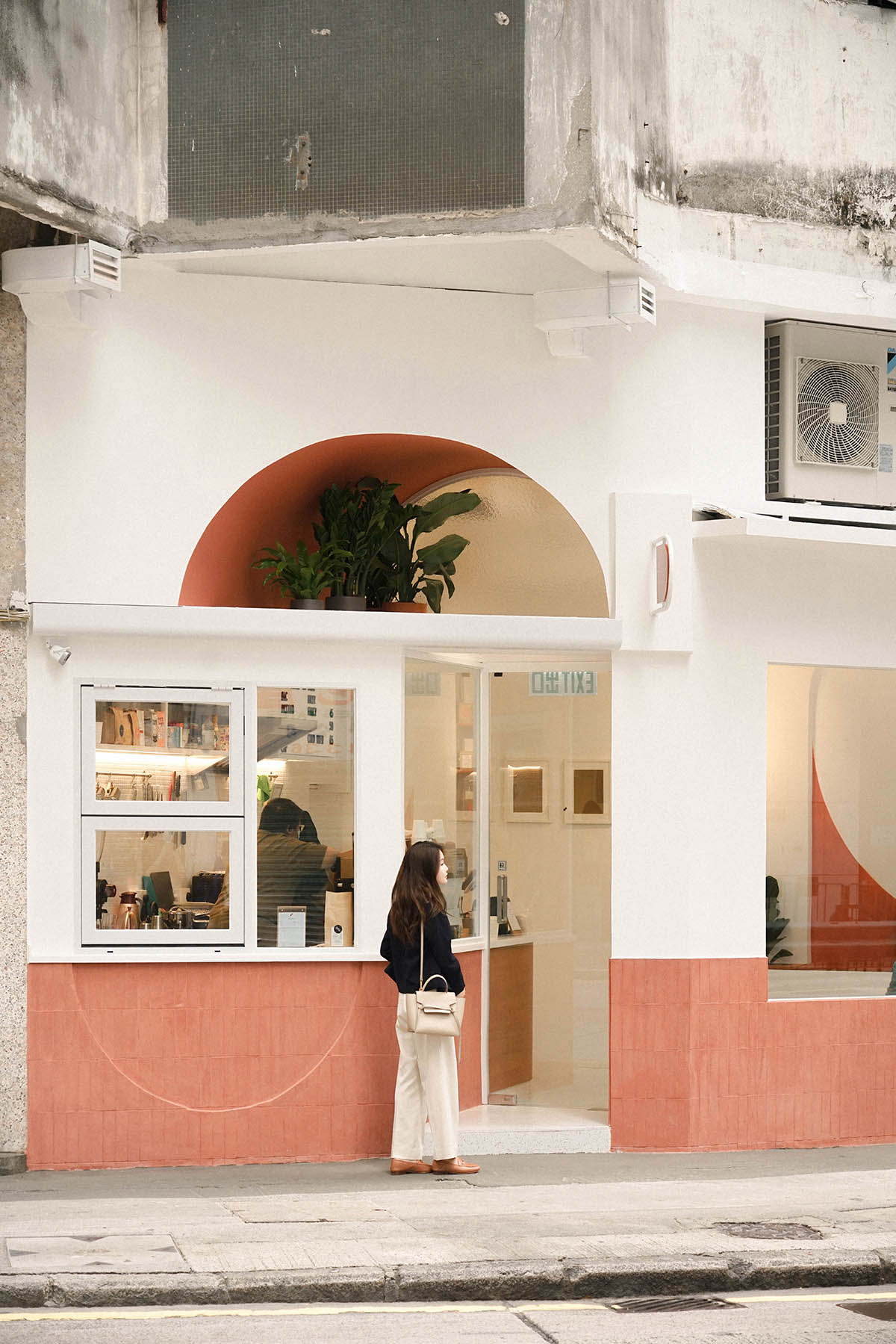 Conceived as a social hub rather a traditional cafe, the cafe evokes the clients' memories of Australia and emphasizes how the good coffee shaped their life. The clients aimed to share these memories with local residents and to make the cafe into a social hub.

The architects named the Cafe as “Today Is Long” (TIL)  and their design takes cues from the golden sunset of Australia. 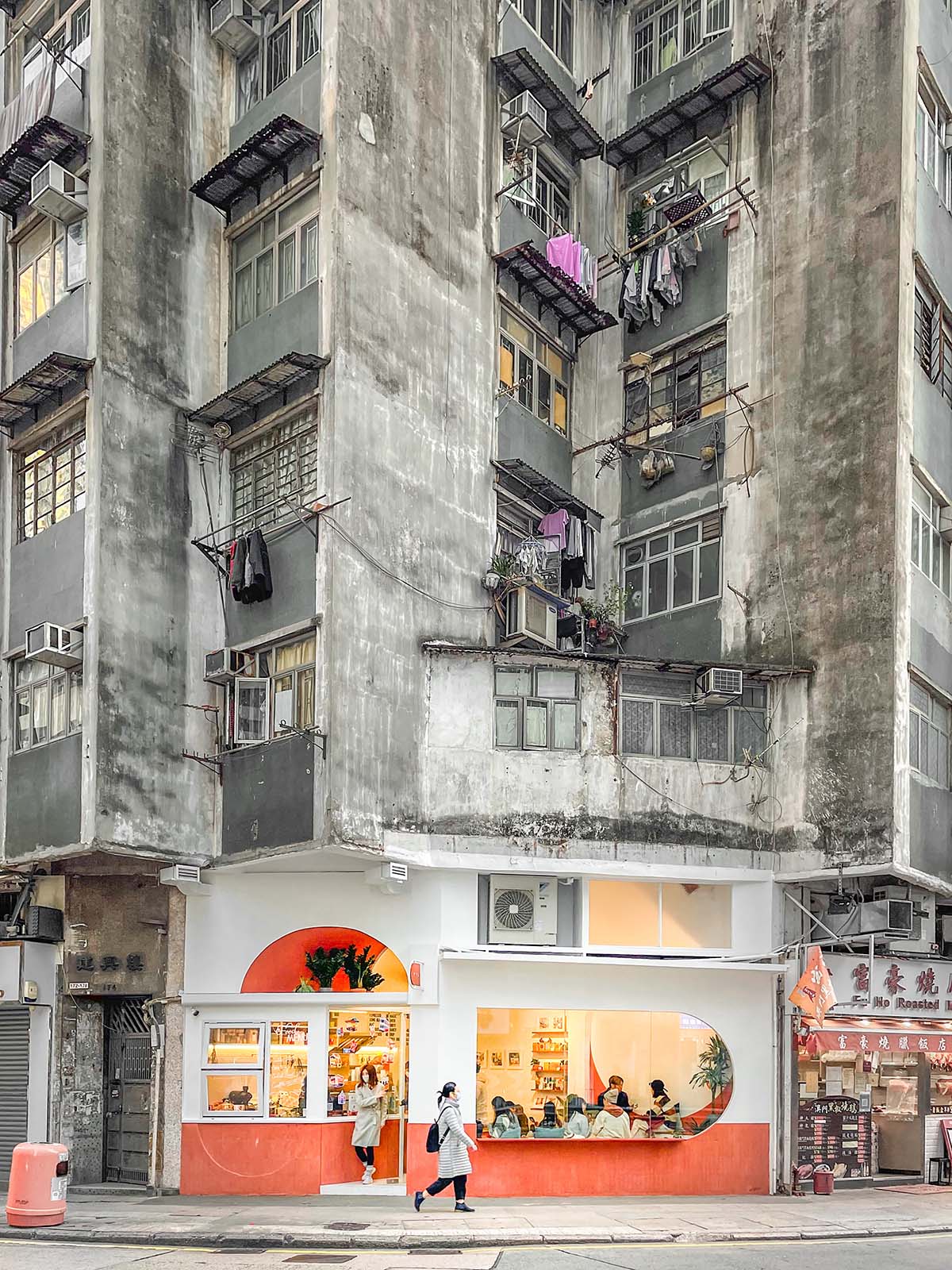 For this reason, they incorporated warm red-orange tones that make the theme colour of the cafe, which also took reference from the sandstone monolith - Uluru in the Red Centre of Northern Australia.

The team represented the texture of the baked earthy sandstone with the fired ceramic tiles anchored at the lower part of the facade. 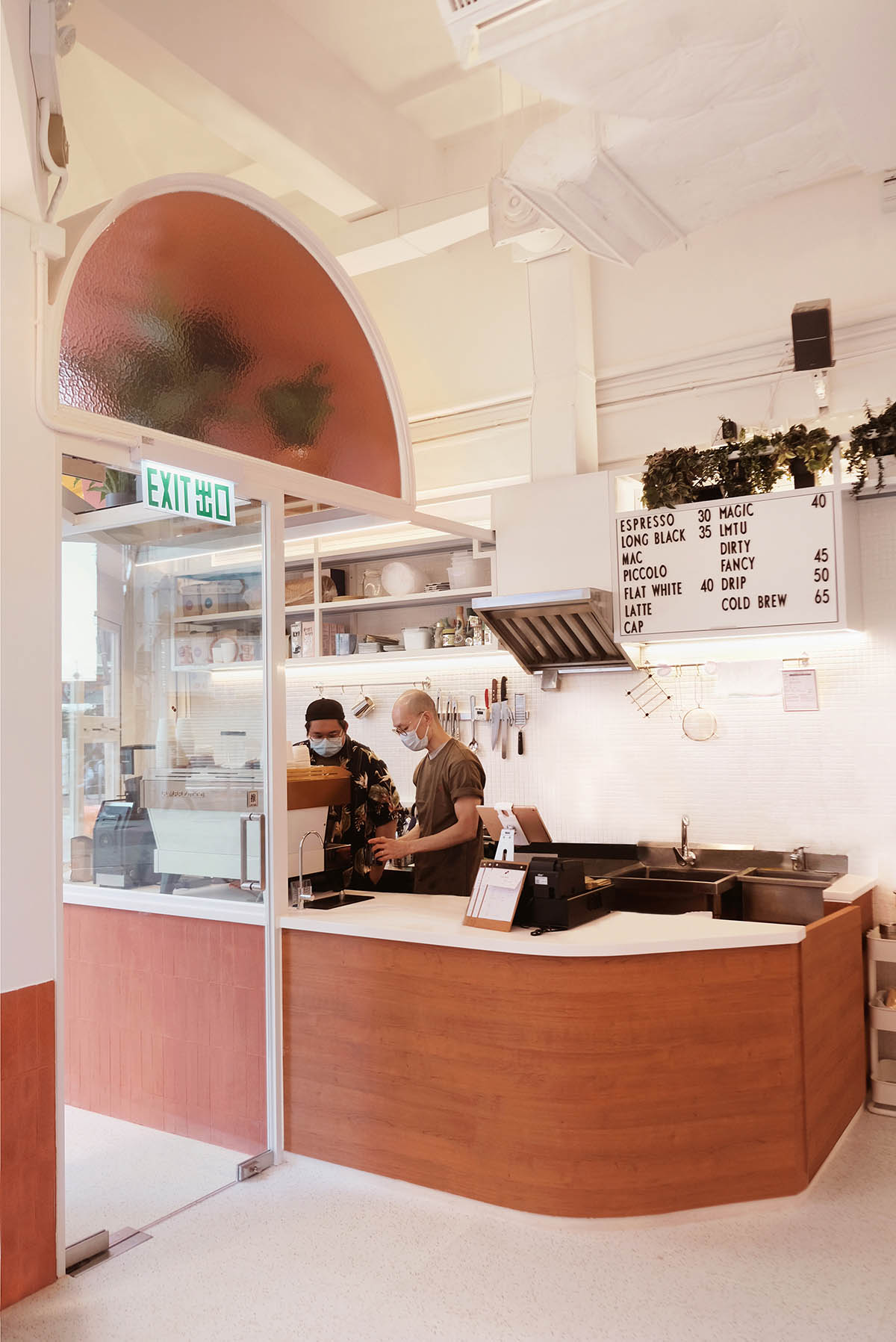 "The hemisphere of the setting sun has been applied in various ways on the facade," said the firm.

"This helped form a facade with a strong geometrical language which distinguishes the cafe from its surroundings of old buildings."

According to the studio, these colors make the cafe to be noticed from afar. "One of the hemispheres became the welcome arch at the entrance which formed a short tunnel to transport customers from the hustle and bustle in Sai Ying Pun to the quiet and comfortable interior." 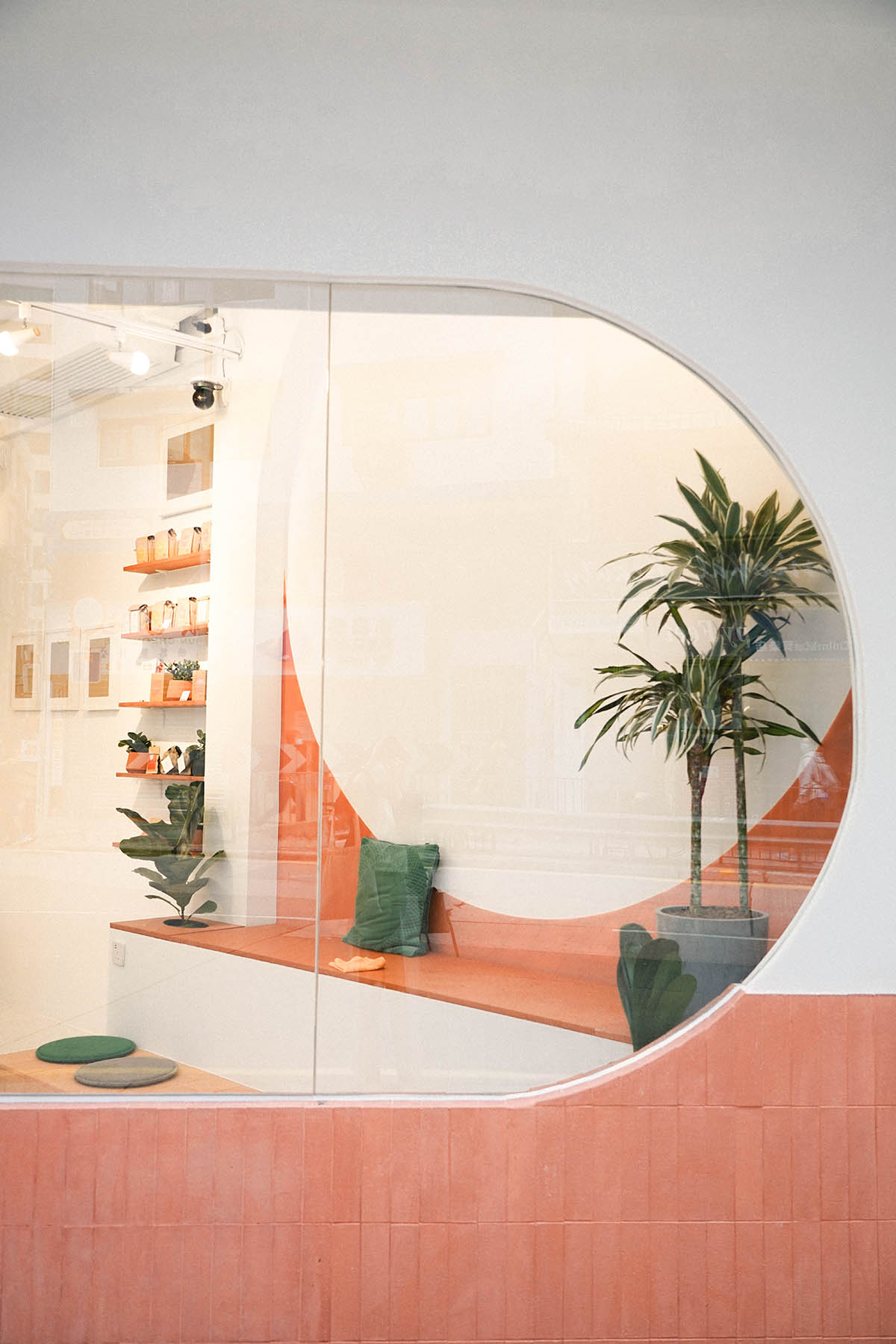 Another design element is creating a recessed wall pattern for the take-away counter. The third hemisphere was rotated sideways and formed the largest window to bring in as much natural light as possible. Apart from the facade, there was one full final circle in the interior which formed as the backdrop for the seating area. 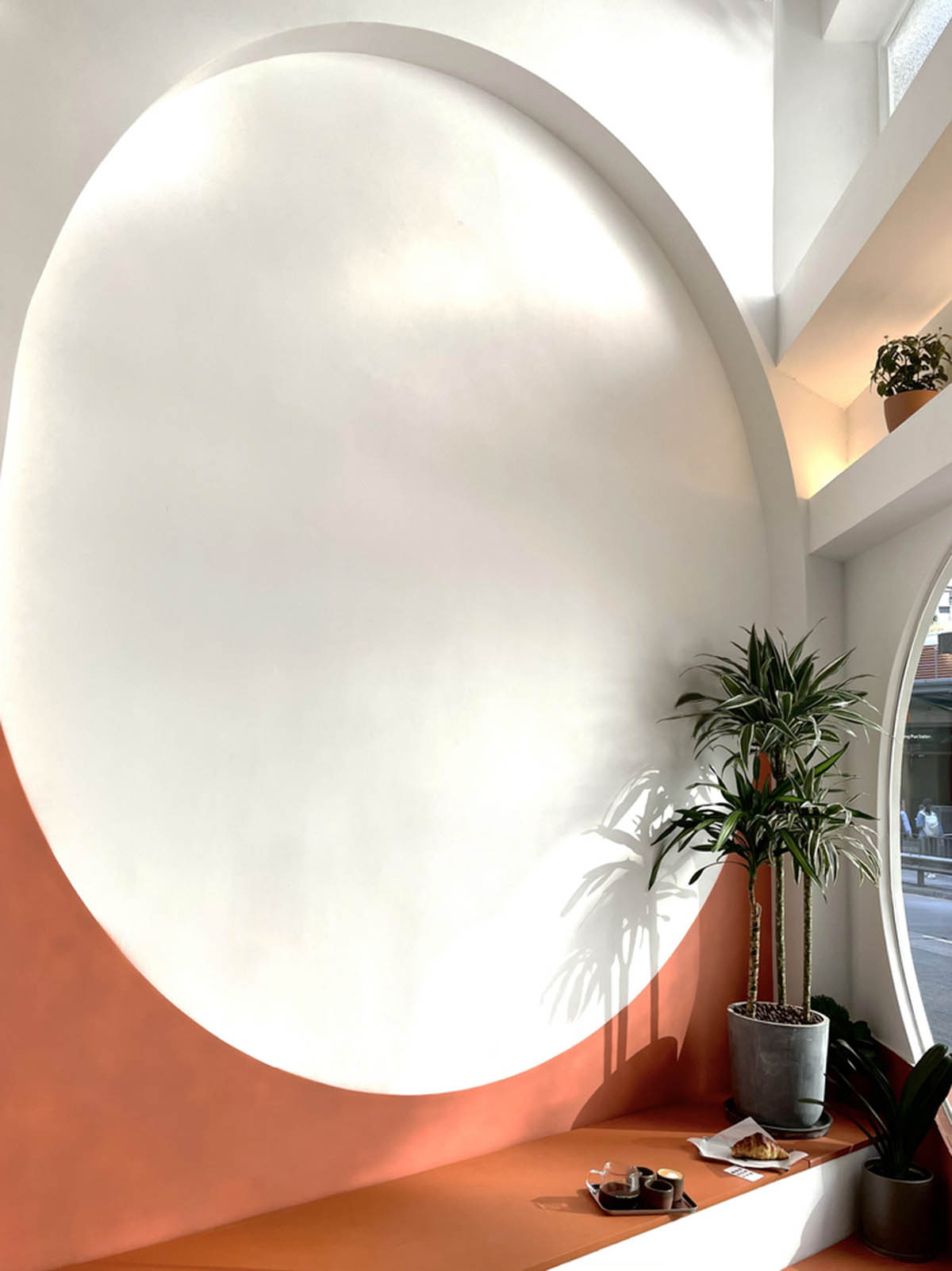 Inside, the architects paid attention to seating details. A series of peachy-colored shades are also used in the seating place in the corner of the cafe, with plants and additional bench. A rounded-framed window also emphasizes the corner.

"Australia has always been blessed with abundant amounts of sunlight, thus a lot of white colour has been used together with the large windows to enhance the bright and airy atmosphere," added the studio.

"And spaces have been reserved under the entrance arch, seating area and the overhead storage for plantings in order to create a green, lush and natural environment. Coffee grain used in the cafe will also be recycled as fertilisers for the plantings." 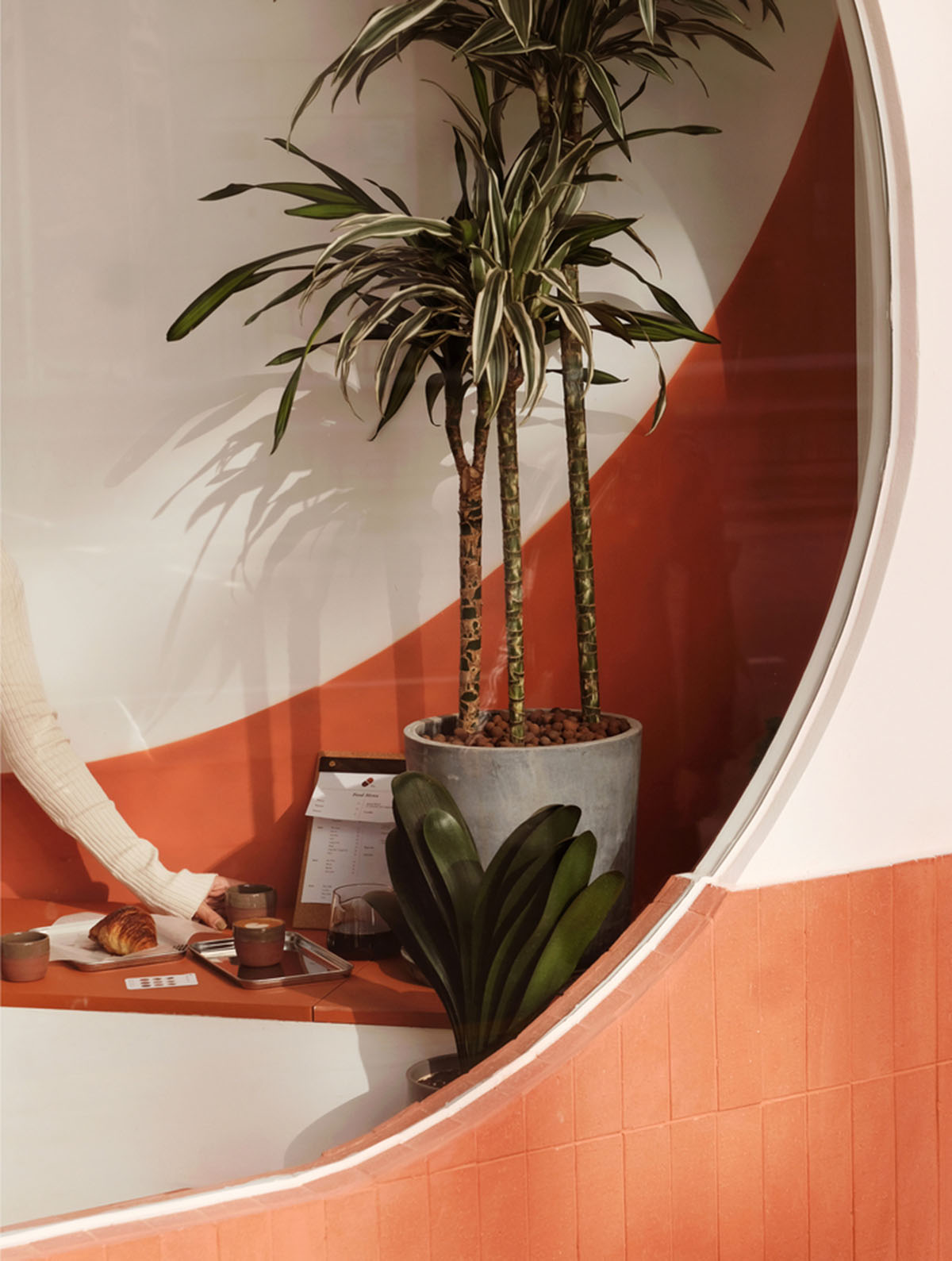 Sai Ying Pun, given its proximity to the University of Hong Kong, has been famous for its mix of locals and foreigners in recent years.

And the idea of the cafe is a social hub is expressed by the seating arrangement - bench seating has been fitted in one triangular corner of the shop with the two rows facing each other.

With the benches and the coffee counter arranged along the periphery of the cafe and with a focal point in the centre, the arrangement shall enhance interaction and create a sense of community. 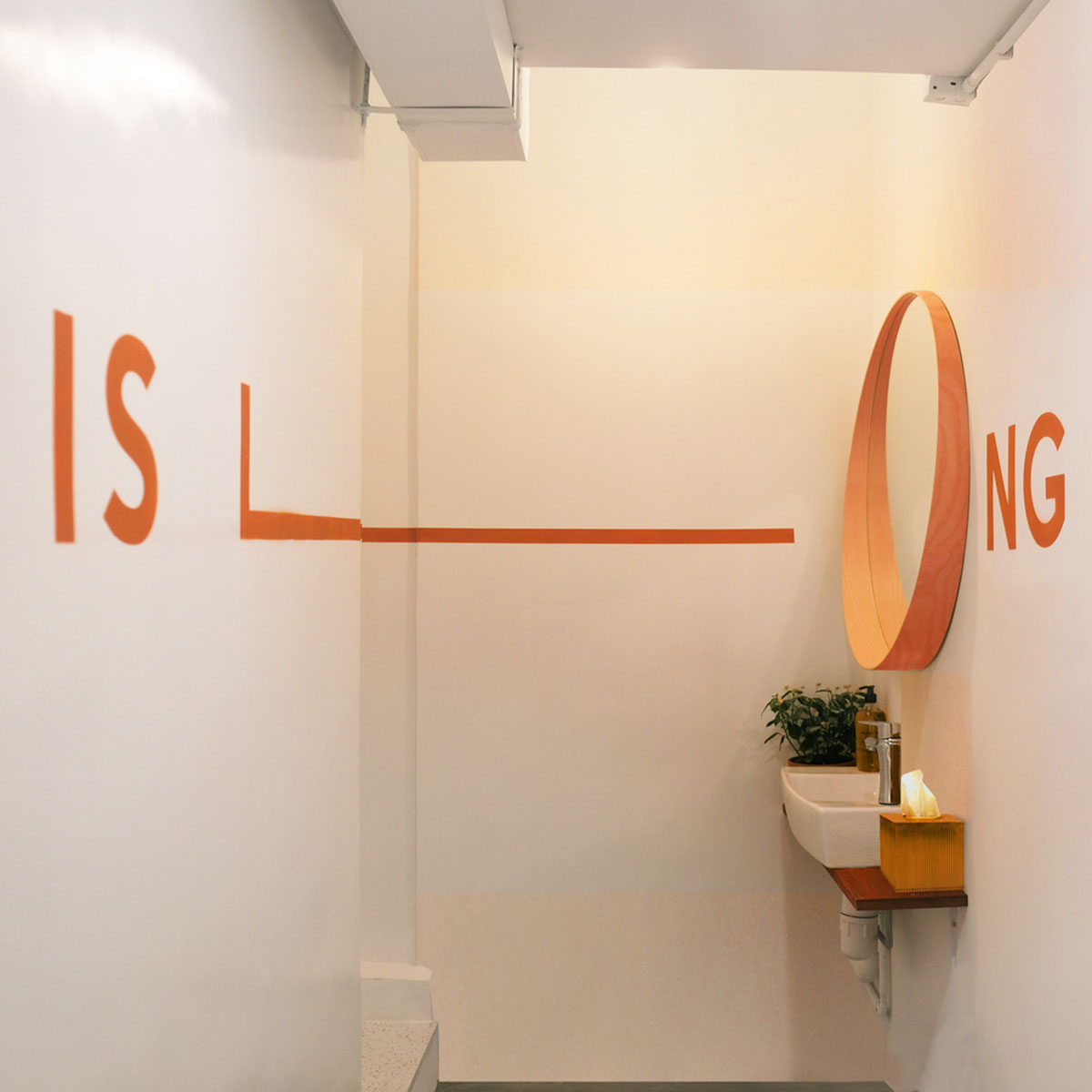 A thin bar table has also been designed on the facade for customers, especially dog-owners, to enjoy their coffee outdoors and to look into the cafe at the same time. 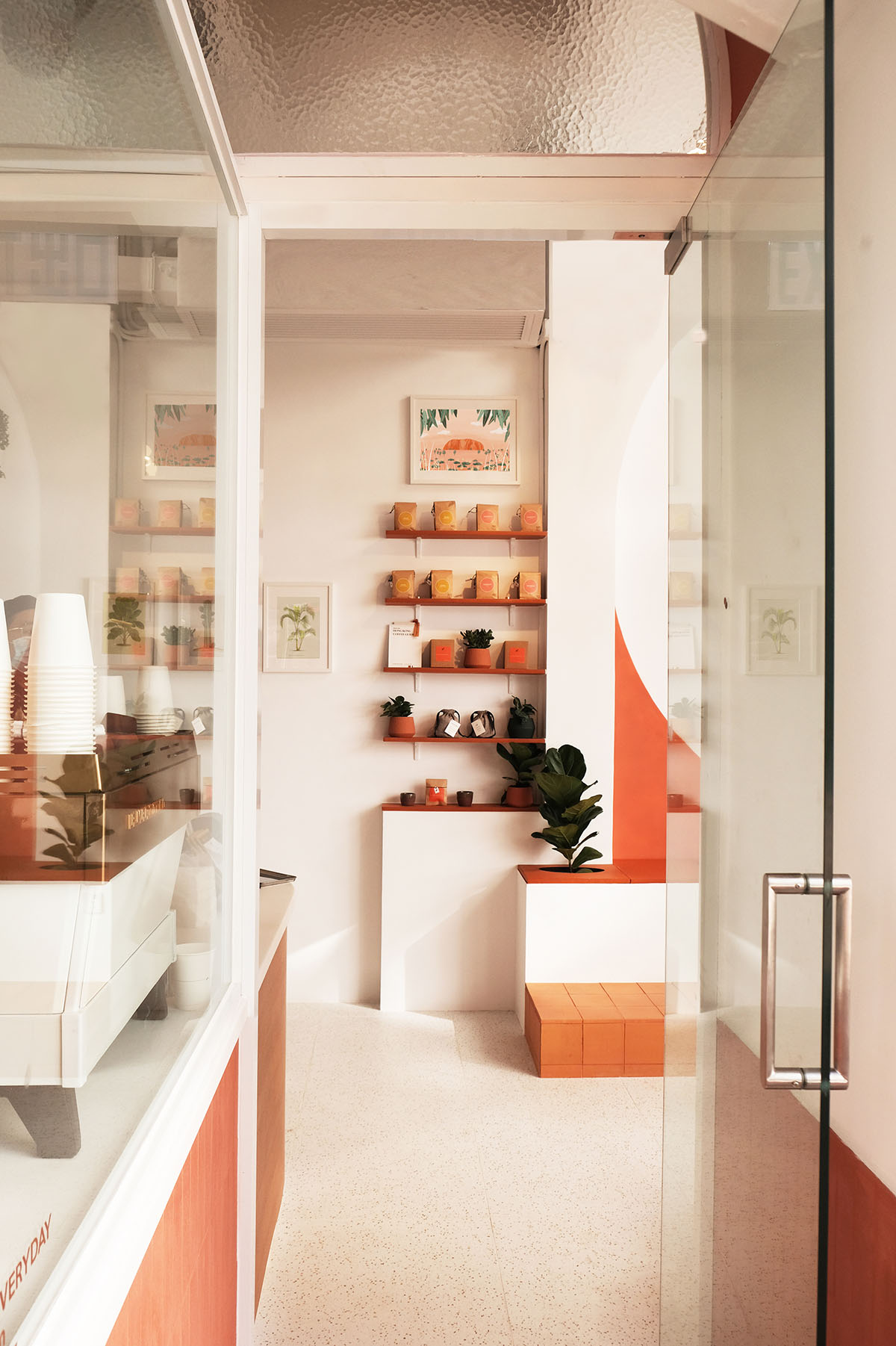 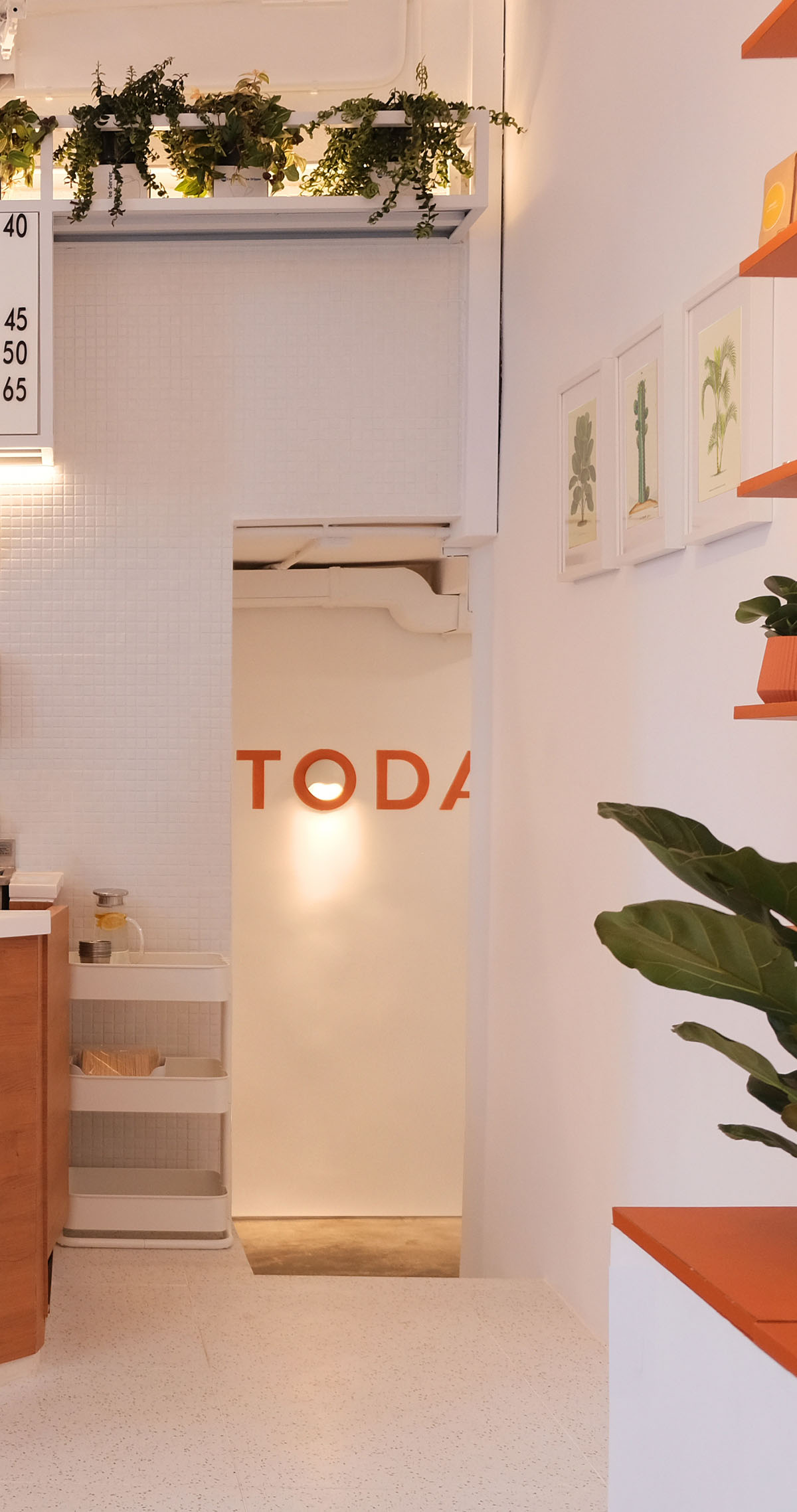 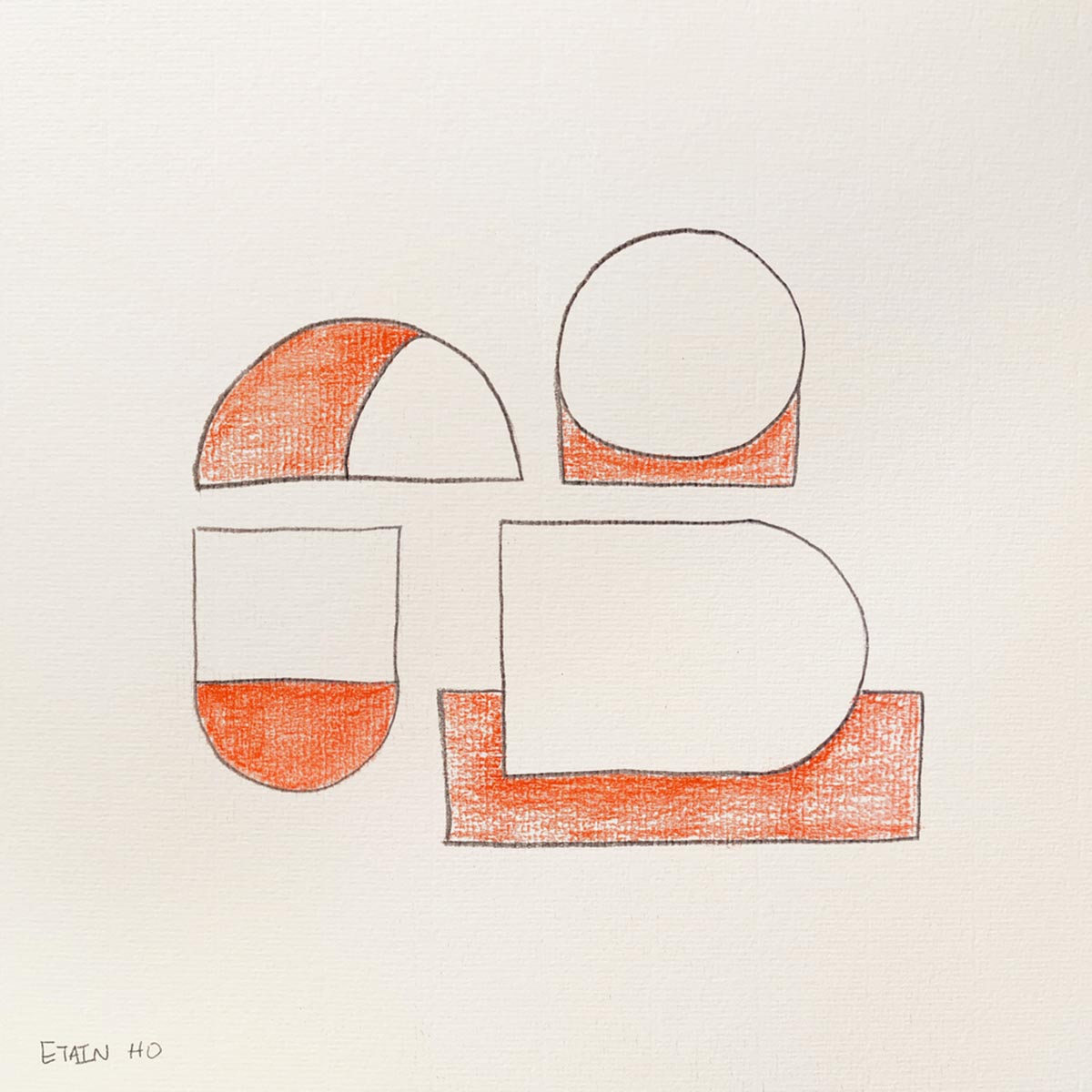 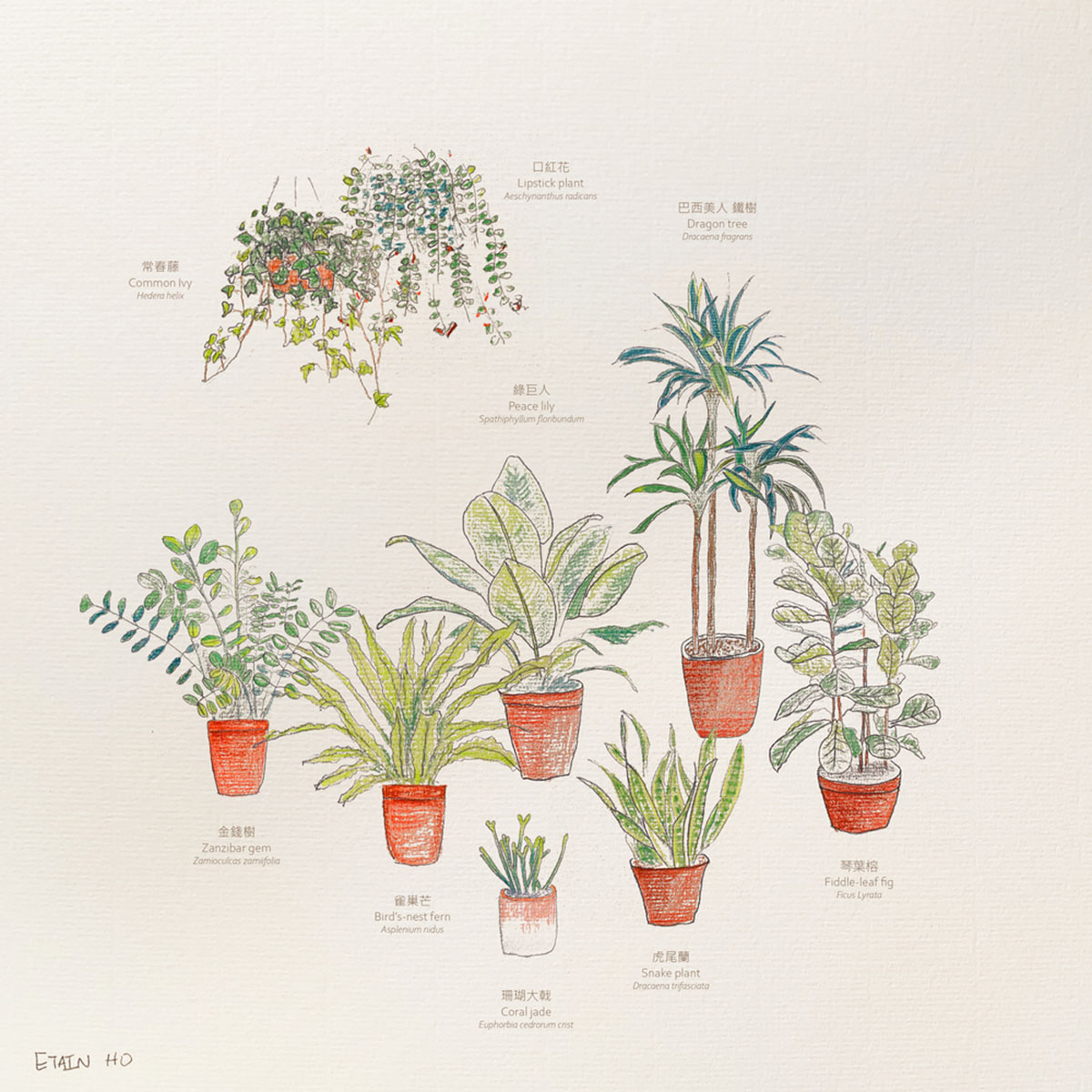 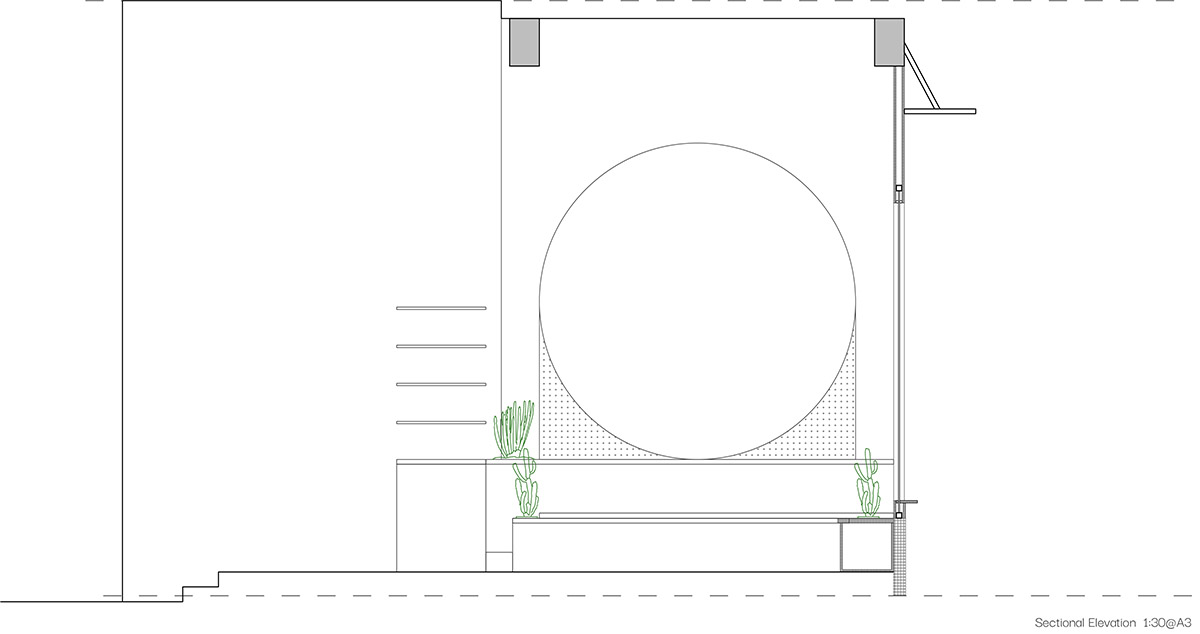 All drawings © Absence from Island

> via Absence from Island