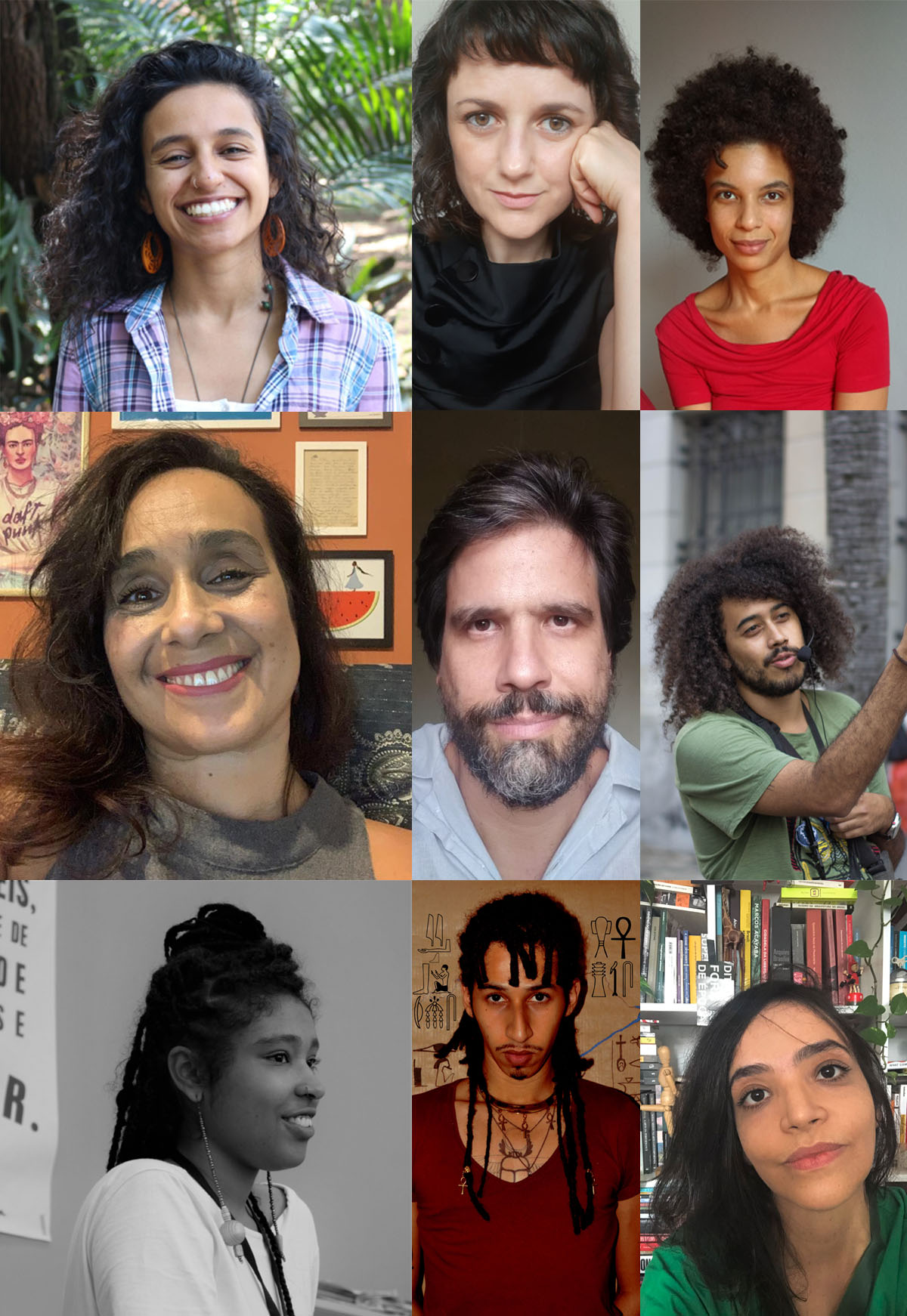 Travessias' "Crossings" project has been selected as the winning proposal of the Co-Curatorship Call of the 13th International Architecture Biennale of São Paulo, announced by the Institute of Brazilian Architects - Department of São Paulo (IABsp).

World Architecture Community is official media partner of the 13th International Architecture Biennale of São Paulo and will be bringing you the latest stories from the Biennale.

The 13th edition will take place in the city of São Paulo, Brazil from May to July 2022. 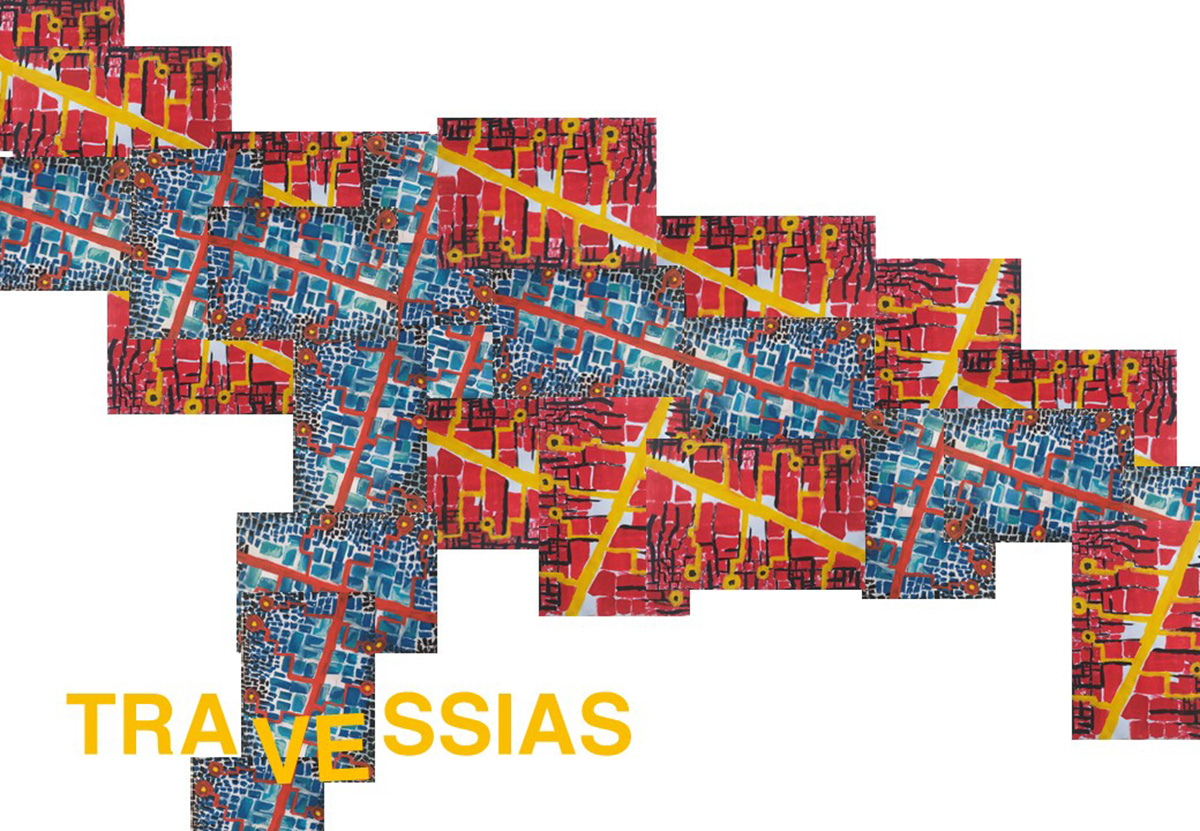 Th "Crossings" project presents that "The urban fabric of Brazilian Cities are structures highlighted by fragmentation, discontinuities and simultaneities, both physical and symbolic. The origins of this fabric are rooted in the violent processes of colonization and by the transfer of conformations of inequalities and erasures to the cities."

"The possibility of crossing the immense Brazilian patchwork represents both the sharing of possible urbanities and the opportunity to reinterpret ancestral collective memories. The curatorial idea proposes crossings sections in the city linked to temporary nodes of collective activities of the 13th International Architecture Biennale." 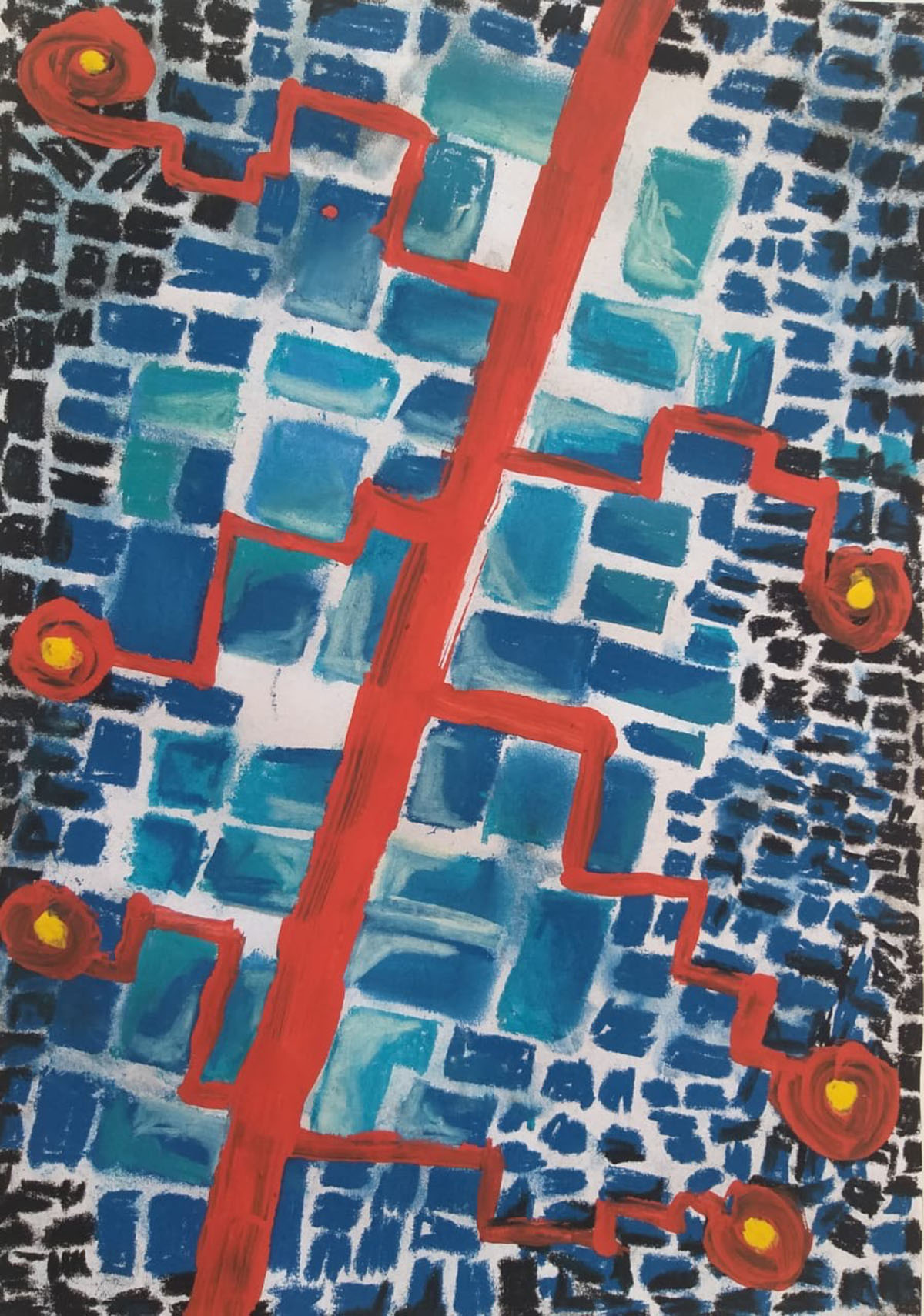 The jury evaluated the 11 proposals and approved in two phases. In the first phase, they selected 04 finalists and in the second, the winner, chosen unanimously.

The finalist proposals had the following order of classification:

Regarding "Crossings", the jury considers that the act of bringing historically marginalized voices to the event - and not just as participants, but as co-collaborators and producers of space - is politically urgent.

"The proposal is important and pertinent because of the possibility of producing new urban discourses, of giving visibility to buildings and monuments historically erased and the structuring of (new) languages, recognizing practices ignored by architecture, also emphasizing historical portrayal," said Estela Ramos.

"In addition, new narratives and attracting new audiences to the Biennale are proposed, with an expository bias at various scales (diasporic, national, regional and urban migrations) through the culturally diverse representativeness and experience of the team. Sepake Angiama adds “Crossings has an important potential to take some international voices to the local context and, at the same time, translate this local context and experience to the international, which is essential because there is a lot to learn from the practices in the Brazilian context." 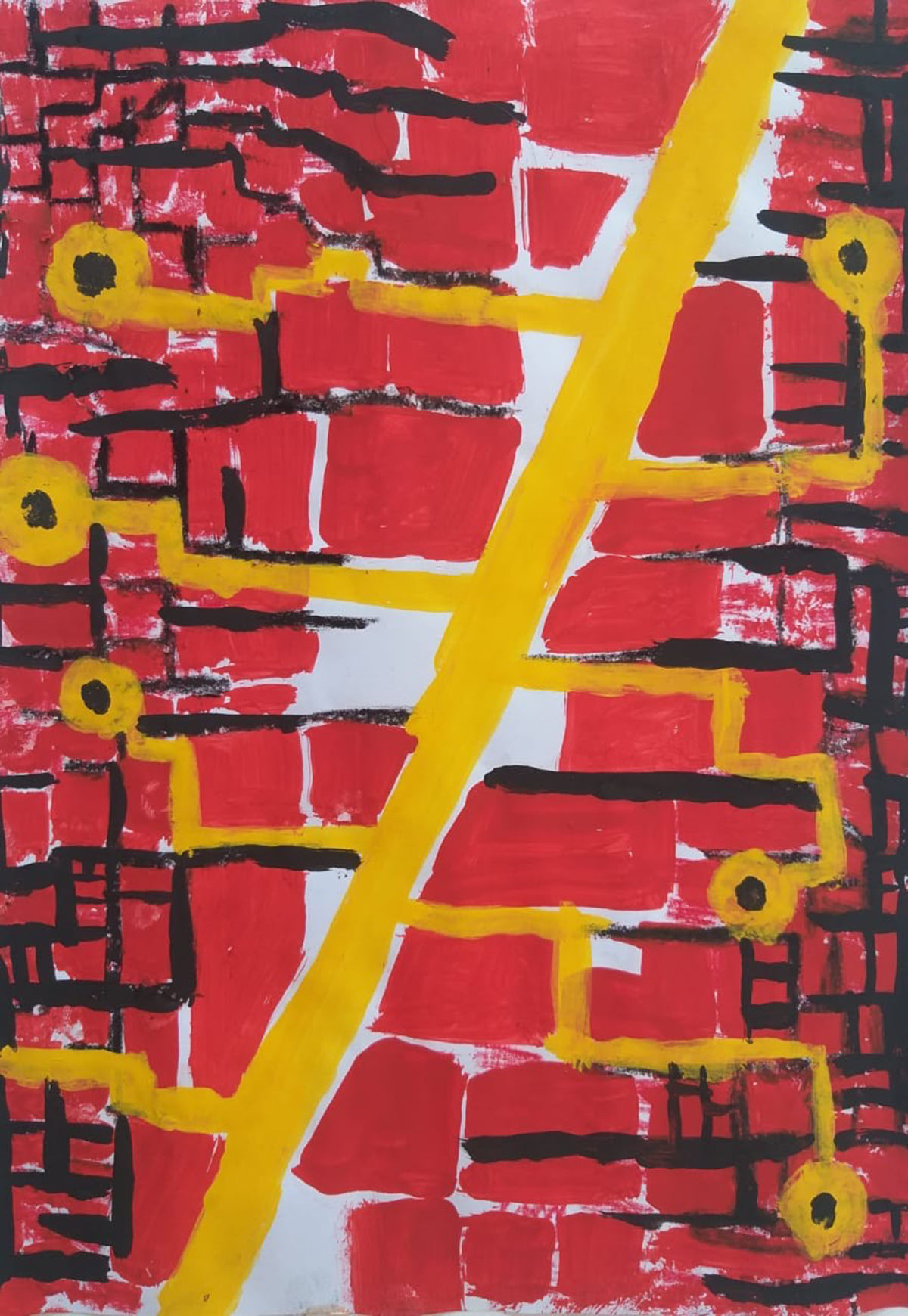 The team also explores the routes through the sensorial and urban experience as an expository interlacing and has cartography and accessibility as drivers. They present capillarity in the proposed work territories and provide for the interaction between physical and virtual exhibitions, envisioning (re) discoveries of the city due to the possibility of new encounters between people, ancestors, memories and belongings.

Pedro Rivera also stated that "This co-curatorship can generate a wave, in a creative effort that is much greater than the team itself, being a catalyst for new narratives in architecture beyond the Biennale."

Find out more about the Travessias team: 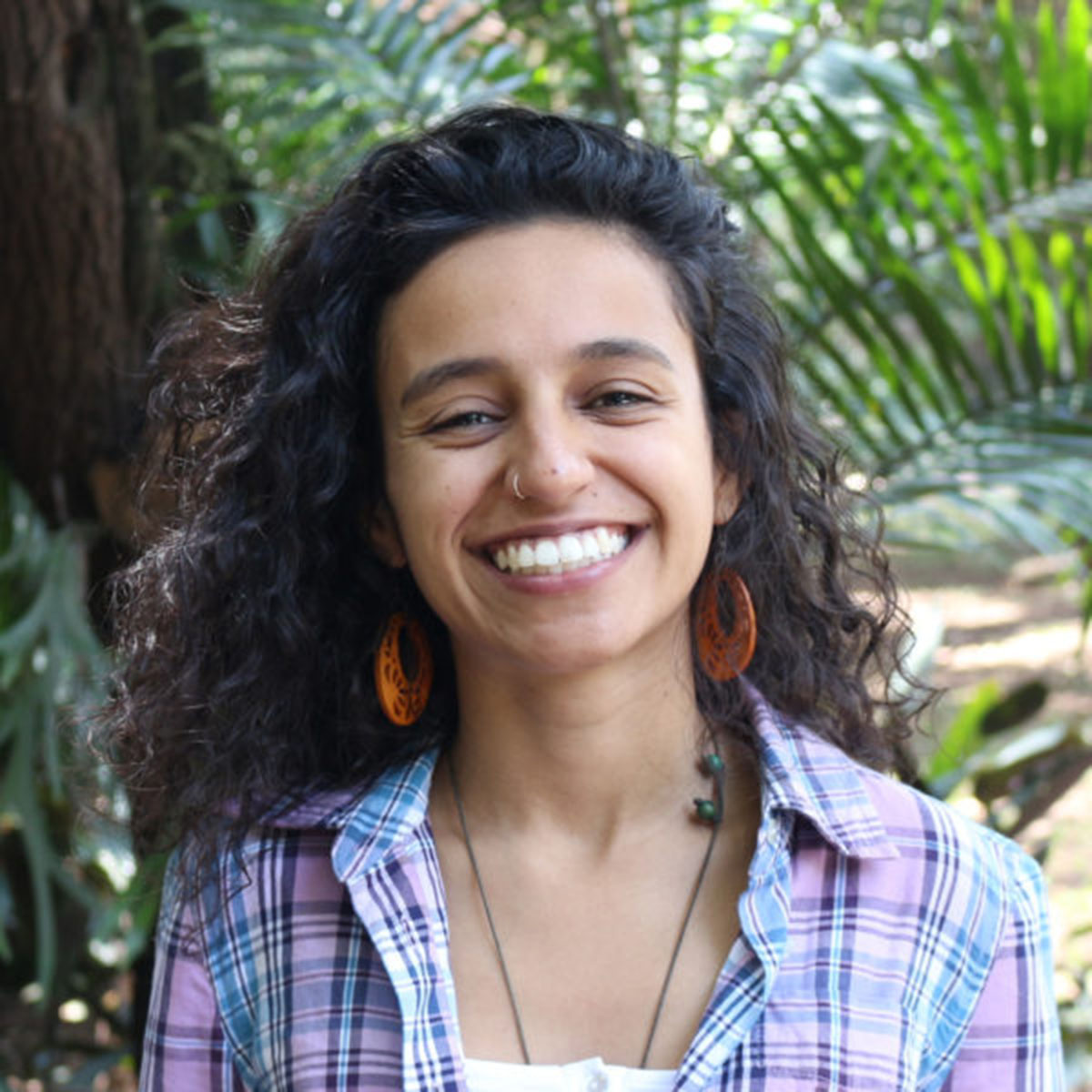 Carolina Piai Vieira works as a researcher for the Black Cartography Collective and as an educator at the PODHE (Observatory of Human Rights in Schools), at the Center for the Study of Violence at USP. She graduated in Journalism at Pontifical Catholic University of São Paulo and has further training at the Center for African Studies at USP. She was a reporter at ARTE! Brasileiros and at Revista Vaidapé. She also worked with content production at Cooperativa Paulista de Teatro. 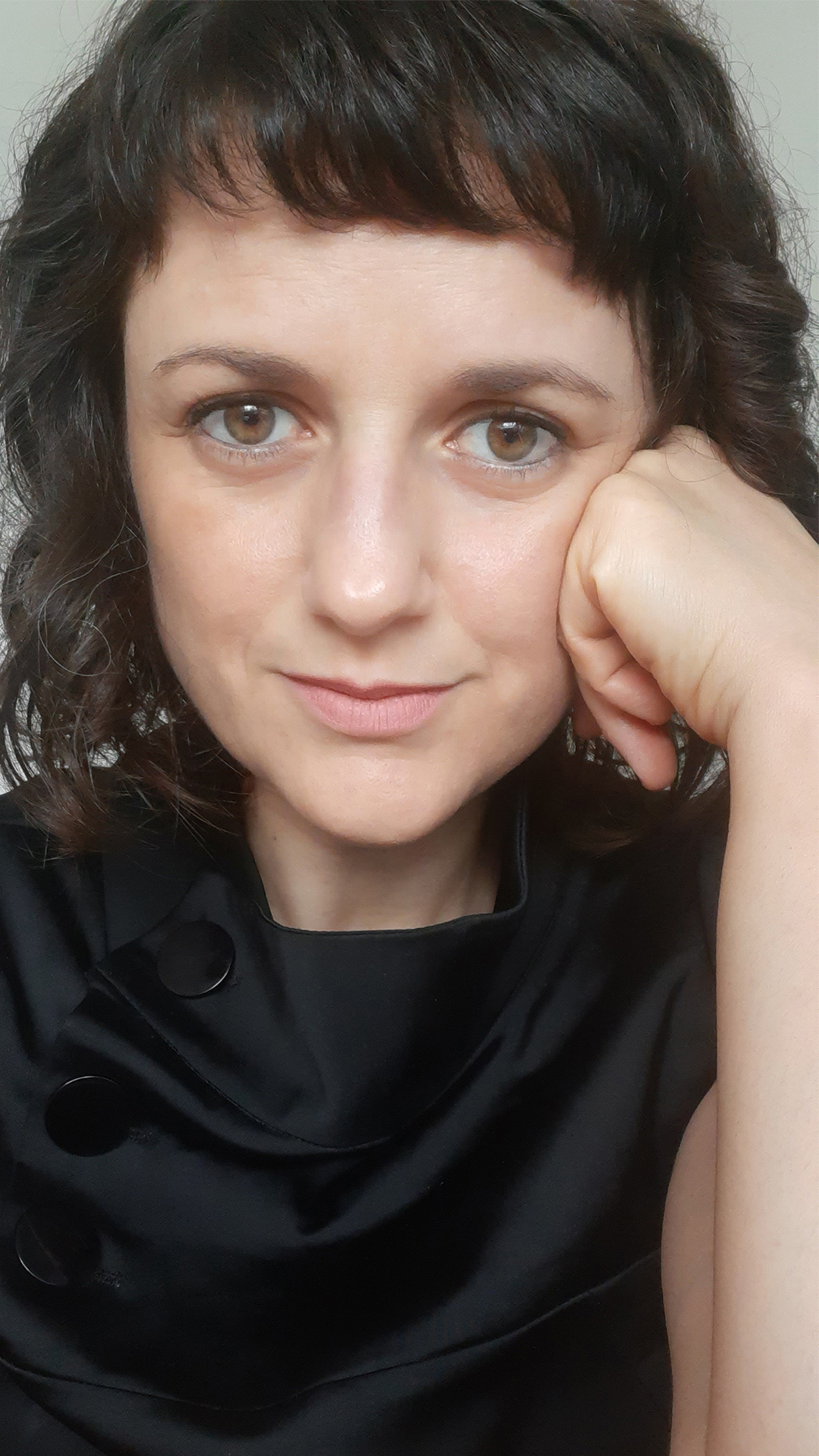 Larissa Francez Zarpelon is an architect and urban planner, a doctor from FAU-Mackenzie and researches relationships between architecture, urban landscape and public space in Latin American cities. Professor in the disciplines of Architectural Project - Urban Intervention, Urban and Landscape Design - Open Space and Course Conclusion Work at Universidade Paulista. In 2020, she joined the articulation and formation of Chapa 1 CAU + Plural for the CAU elections and, in 2021, she joined the Council for Architecture and Urbanism (CAU / SP) as alternate councilor. 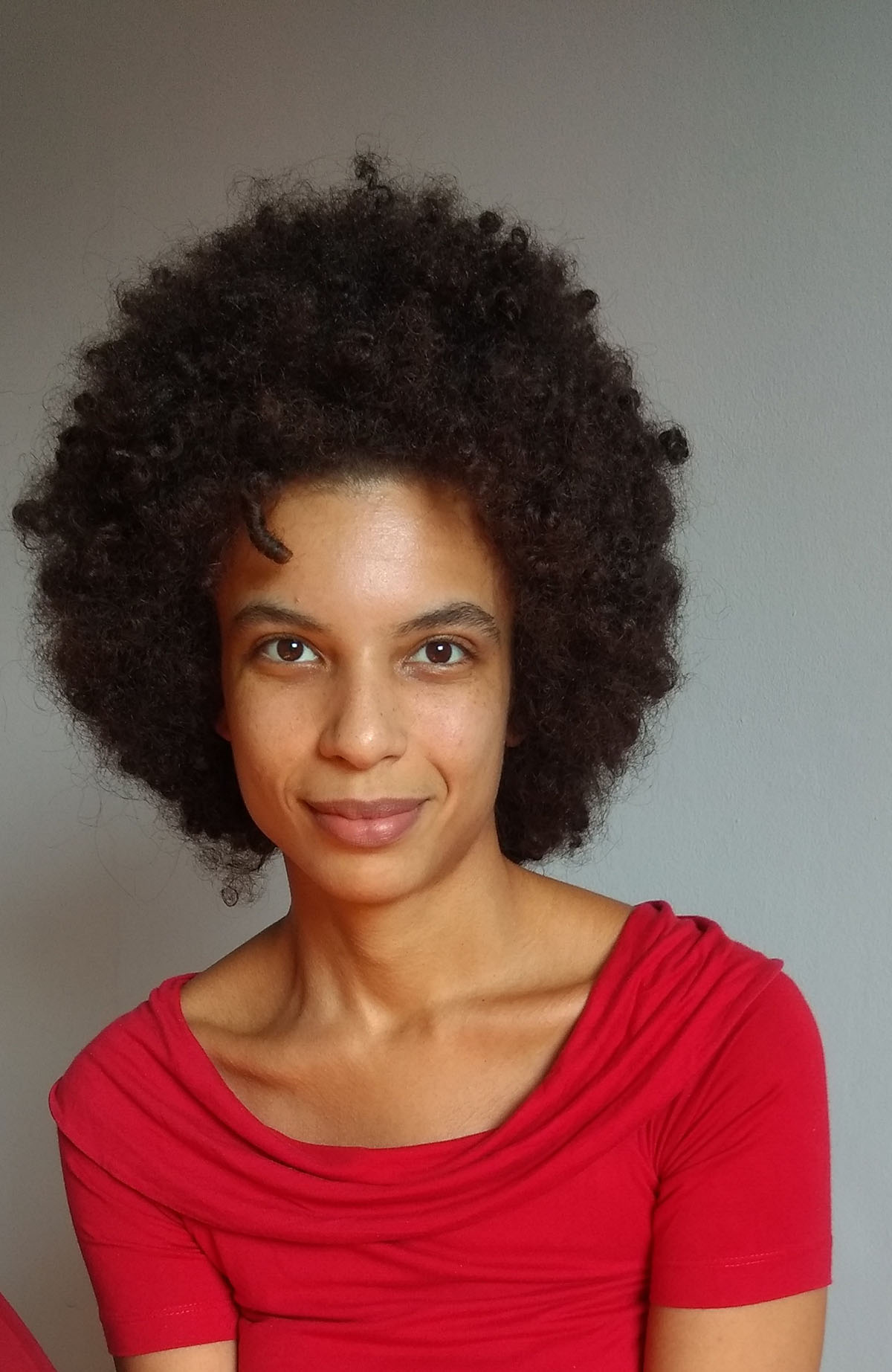 Louise Lenate Ferreira da Silva has a degree in architecture and urbanism from the Faculty of Architecture and Urbanism of the University of São Paulo (FAUUSP), is a researcher in race relations at the Race and Urban Space Studies Laboratory (LabRaça) of the same institution and is active in the field of cultural heritage through Vila Maria Zélia. She was an intern at the Department of Historical Patrimony of the Municipal Secretary of Culture of São Paulo (DPH) and was part of the Patrimony Visits program at Sesc Pompéia as a heritage educator. She is a lover of music, the street and memories, incorporating her sound research into her readings about the spaces she has experienced. 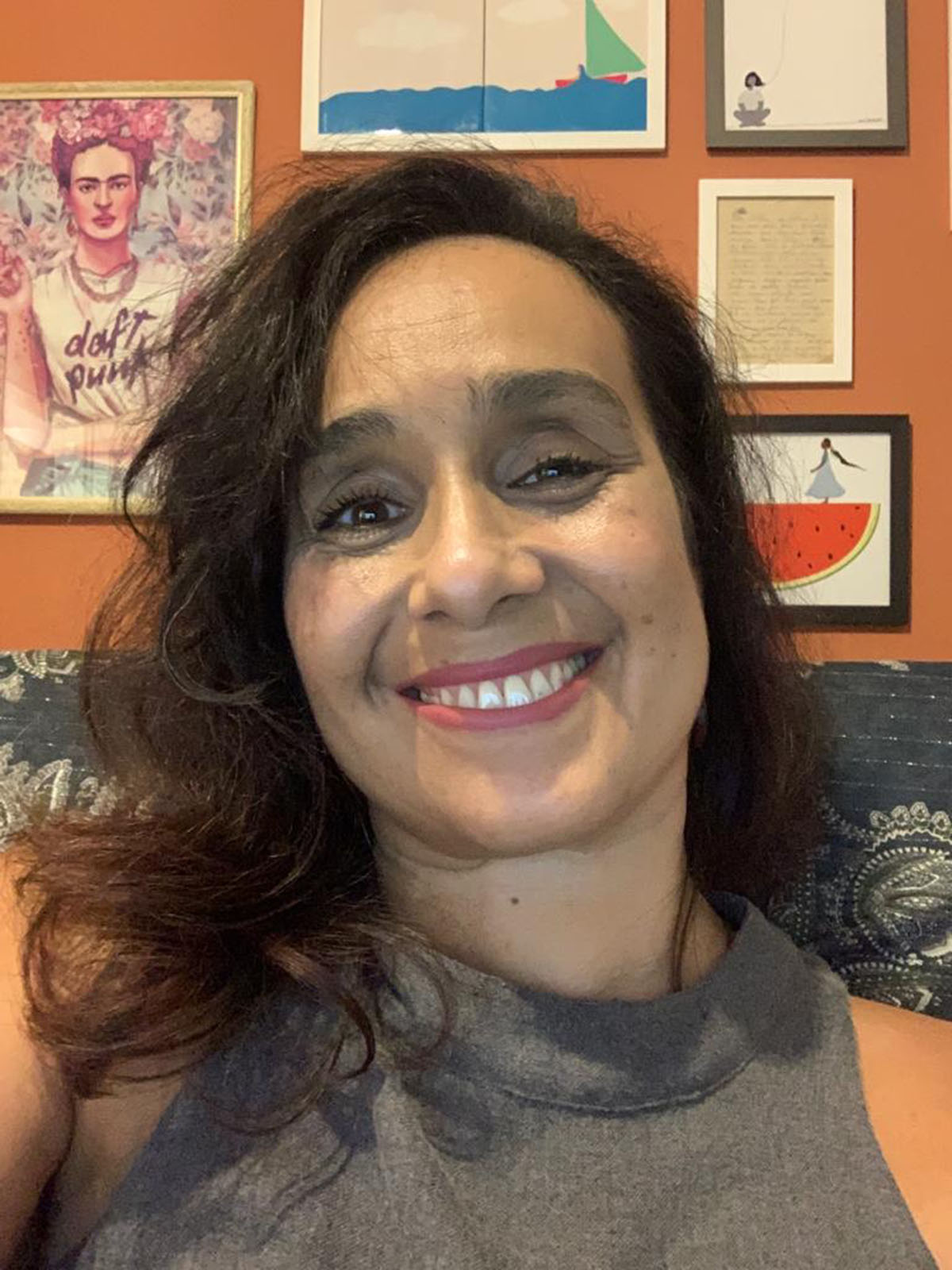 Pedro Cardoso Smith is an architect and urban planner with a specialization in Housing and City from Escola da Cidade and a Master's degree from Mackenzie University. He served in the Municipal Housing Secretariat of the Municipality of São Paulo with the urbanization of slums - especially Paraisópolis - and in the current Strategic Master Plan (team of Special Areas of Social Interest). He was part of the team responsible for supervision, monitoring and cultural development in the periphery of the Municipal Secretariat of Culture of the Municipality of São Paulo, with the VAI (Valuing Cultural Initiatives) and Pontos de Cultura programs. He is currently a professor at the Open University of the Environment and Culture of Peace and at the Universidade Paulista, where he teaches Architectural Project for Collective Housing. 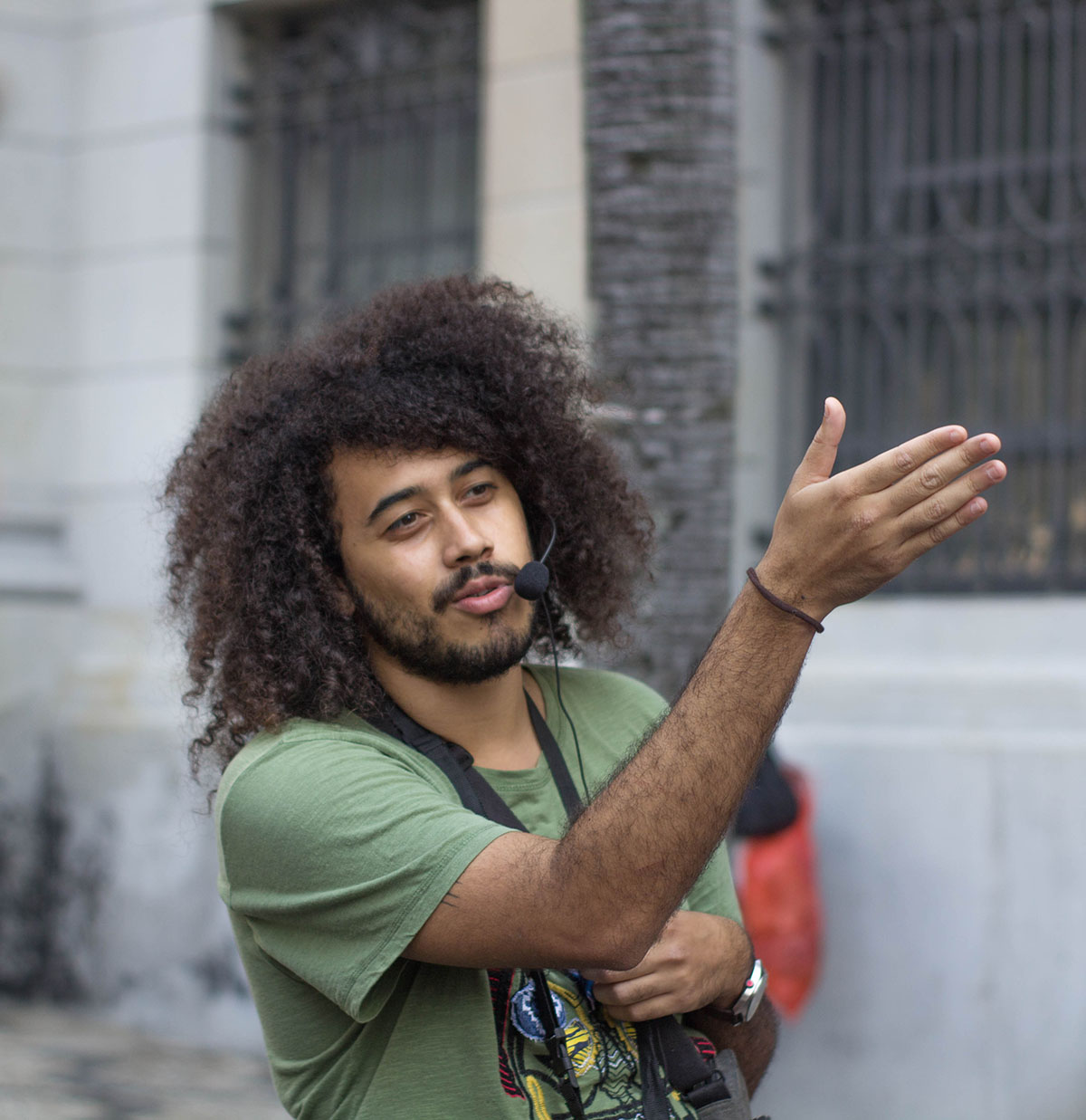 Pedro Vinícius Alves is a researcher at the Black Cartography Collective (Cartografia Negra), he has worked at the Secretary of Culture of the State of São Paulo in the years 2014 and 2015, assisting in the production of the VII Festival of Mantiqueira (2014) and the VII International Seminar of Public and Community Libraries. He published a book of poetry, called “Caderno Negro”, as a member of the Black Cartography collective, he participated as a trainer in Cultural Cartography in the program for the training of monitors in the Houses of Culture, lectures, activities in schools and the Voltas Negras, which the collective conducts monthly since 2018. 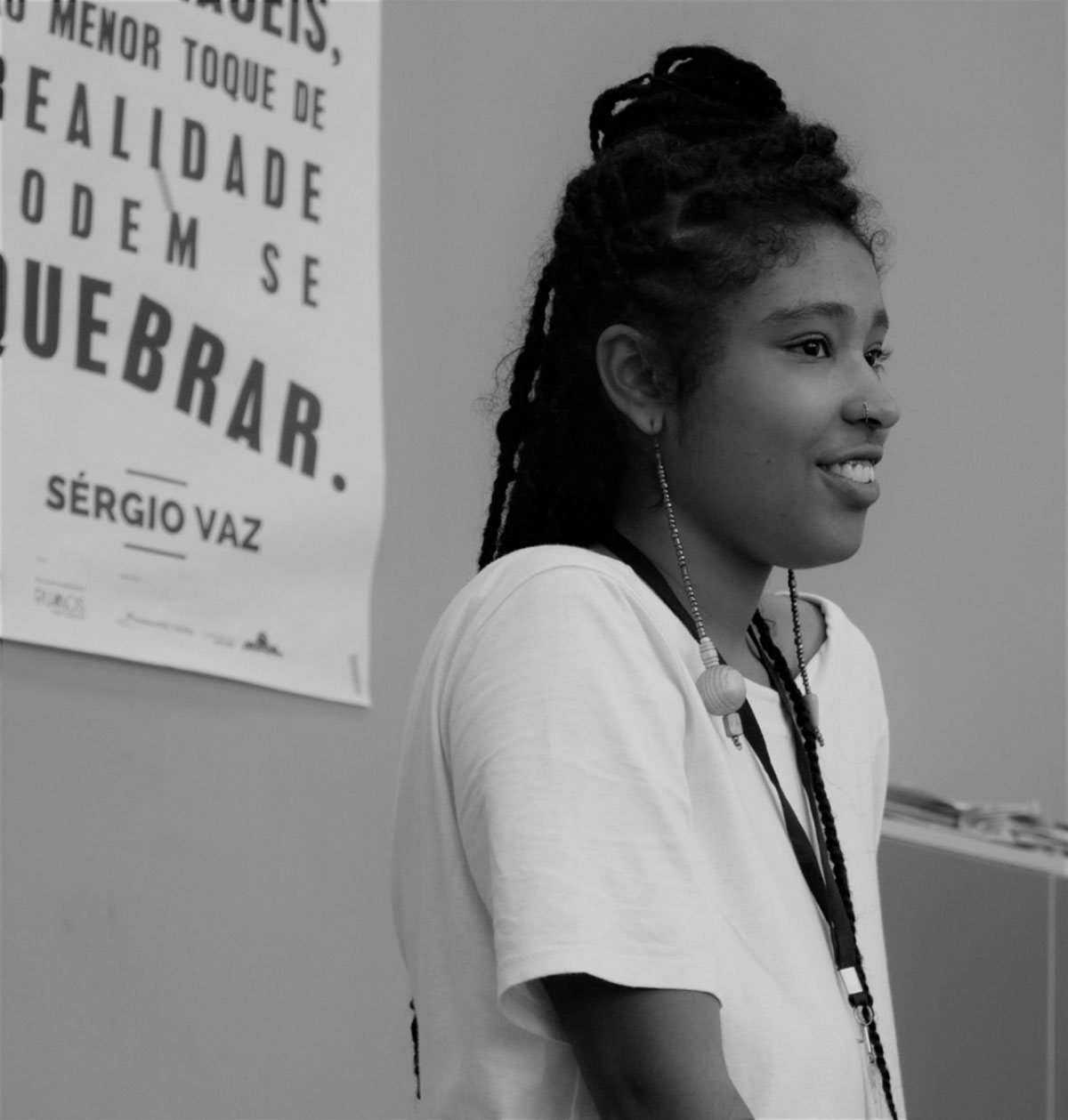 Raíssa Albano de Oliveira is a black woman, anthropologist and educator, Africana womanist with complementary training in the areas of fine arts, photography and philosophy. Her research seeks to develop paths for education in relation to the peoples of the African diaspora, cities and poetic subjectivities. She is the creator and researcher of the Black Cartography Collective. She is a monitor of the postgraduate course Cities in Dispute of the Escola da Cidade 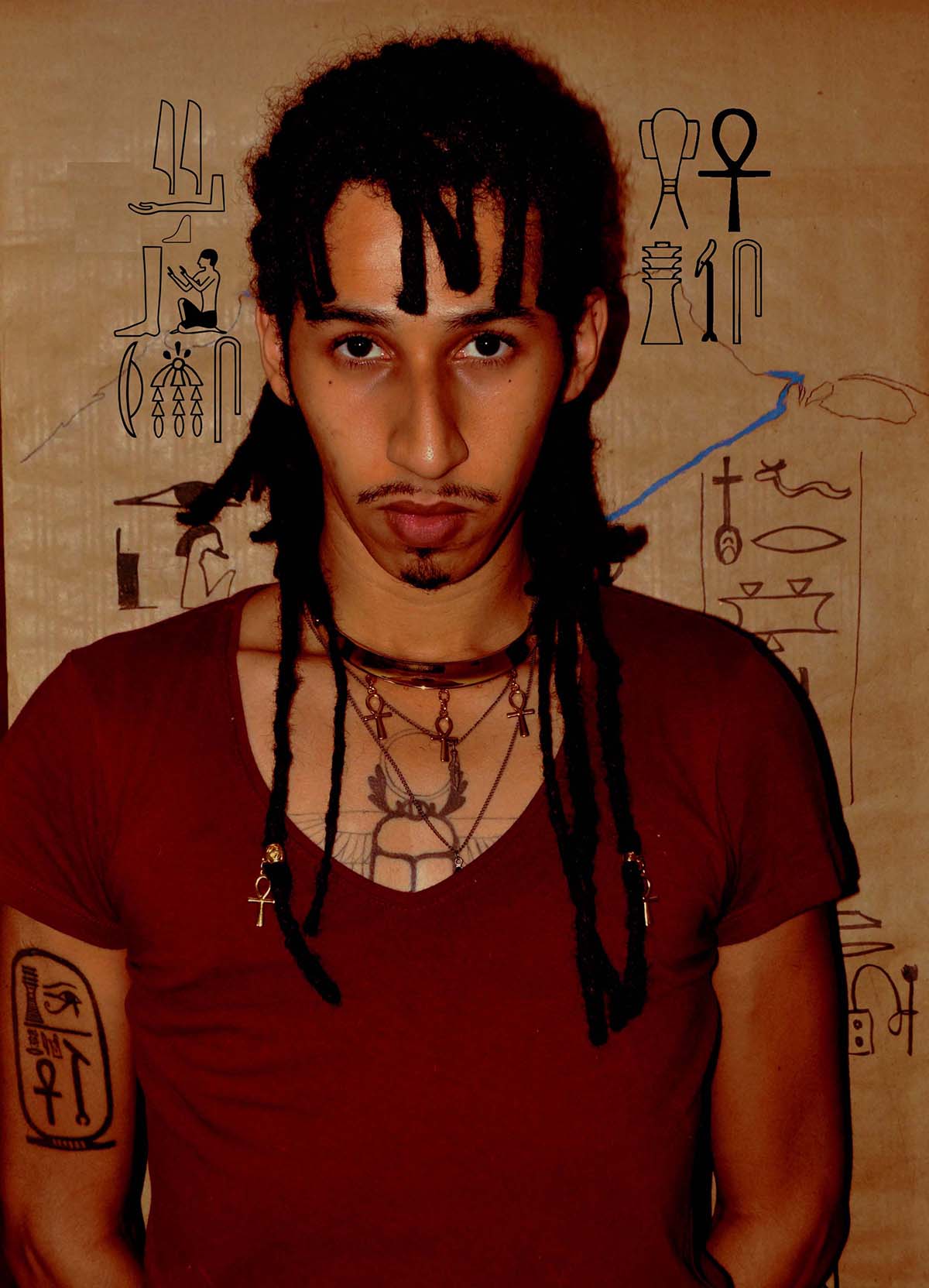 Thiago Sousa Silva is an Afrocentric writer, visual artist and comic book artist. Educator and researcher at Medu Neter (Hieroglyphics, the writing system of ancient Kemet / Egypt). Graduated by master Anika Osaze (Nefer Ka Maat) from Shrine of Maat, New York. Researcher and Educator of the scientific, cultural and spiritual traditions and technologies of ancient Northeast Africa. Graduating in Geography Degree from the Federal Institute of Education, Science and Technology campus São Paulo, conducting research on the use of comic books of his own for the teaching of Basic Education Geography. 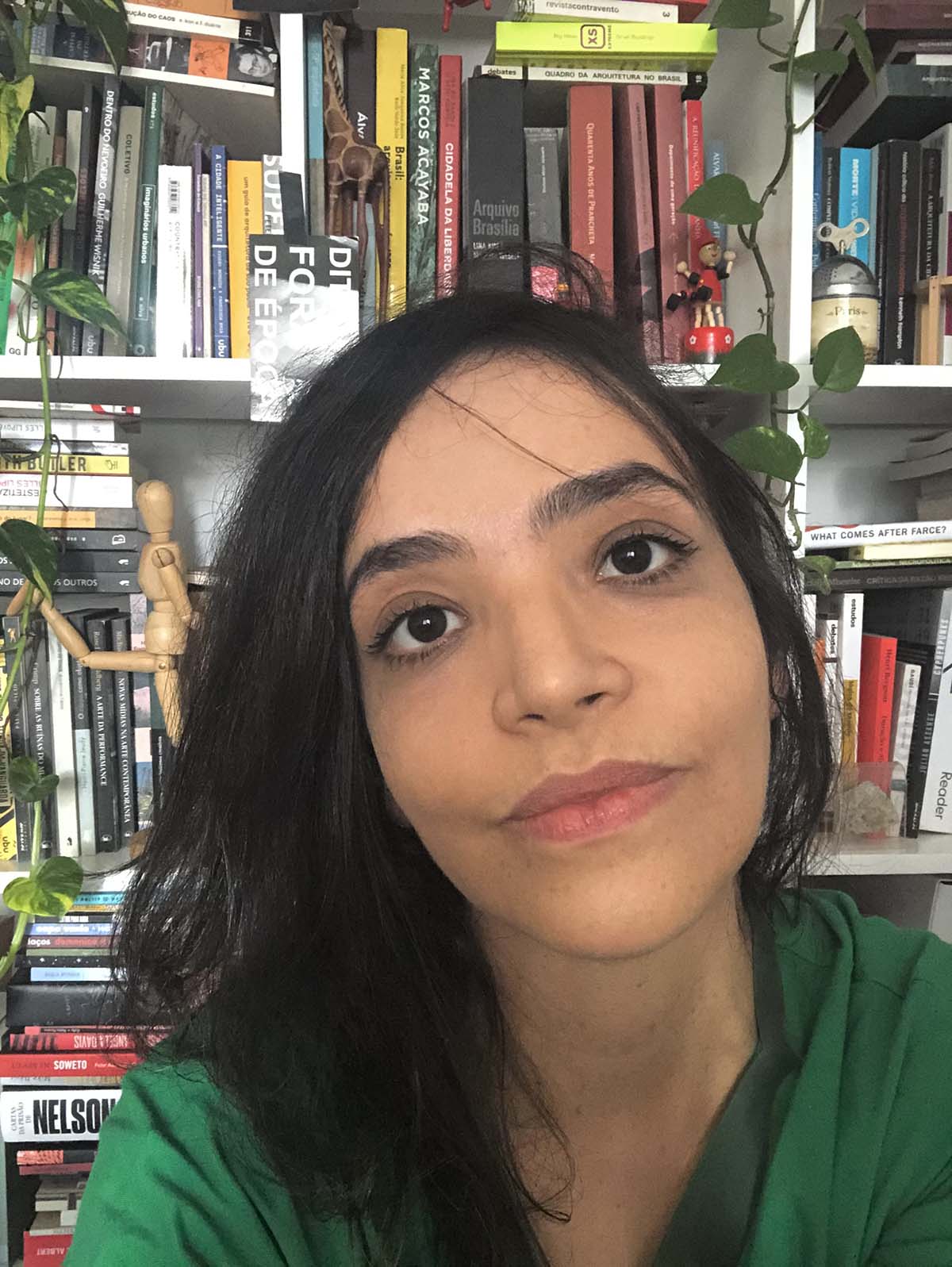 Viviane de Andrade Sá architect and artist, she is a doctoral student at the Faculty of Architecture and Urbanism of the University of São Paulo and investigates the processes of visibility and erasure of the body in the contemporary city with the project “Absent Bodies, overexposure as a process of social and spatial erasure in the contemporary city”. She holds a master's degree in Visual Arts from the School of Communications and Arts of the University of São Paulo, concentration area, Visual Poetics with the work “Build with [body]: the fragmented body as a dimension of space”. She graduated in Architecture and Urbanism at the São Carlos School of Engineering at the University of São Paulo. She is a professor at Universidade Paulista and teaches the disciplines of Urban Design and Architectural Design, Collective Housing.