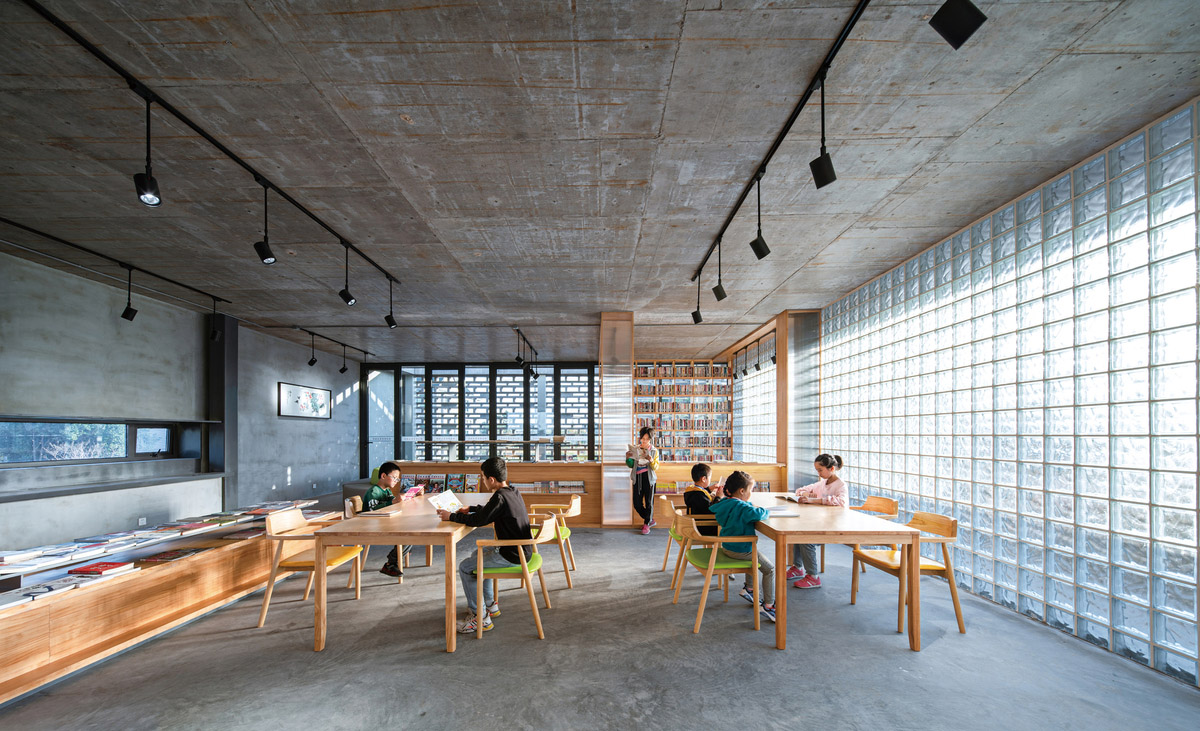 As Chinese cities continue to gain momentum in speed building mega complexes and sky-high blocks, rooted on the outskirts of these metropolitan cities remain villages and communities that live humble lives. The flux of people leaving the ‘rural’ and moving into affluent large cities are slowly leading to the fragmentations of cultures and traditions in villages like Qili.

Thus SSDesign has taken on a lead role in preserving buildings and memories, maintaining local architectural language and subsequently stimulating community life through a righteous project that aids the living of a ‘common’ village. 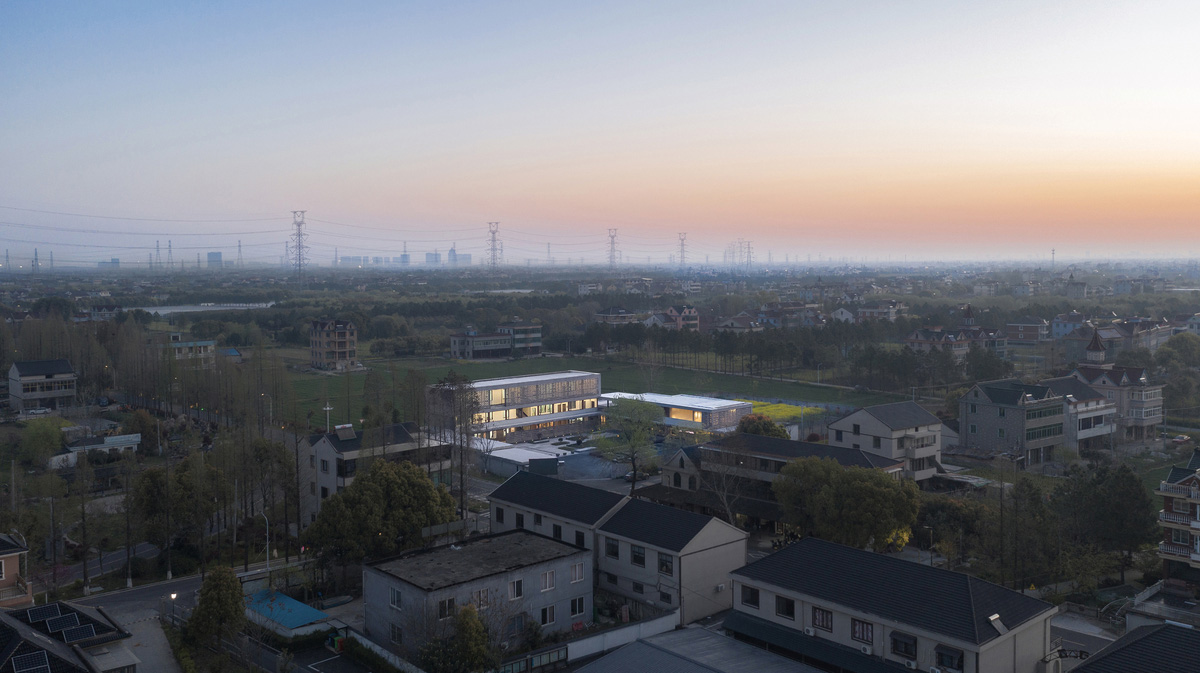 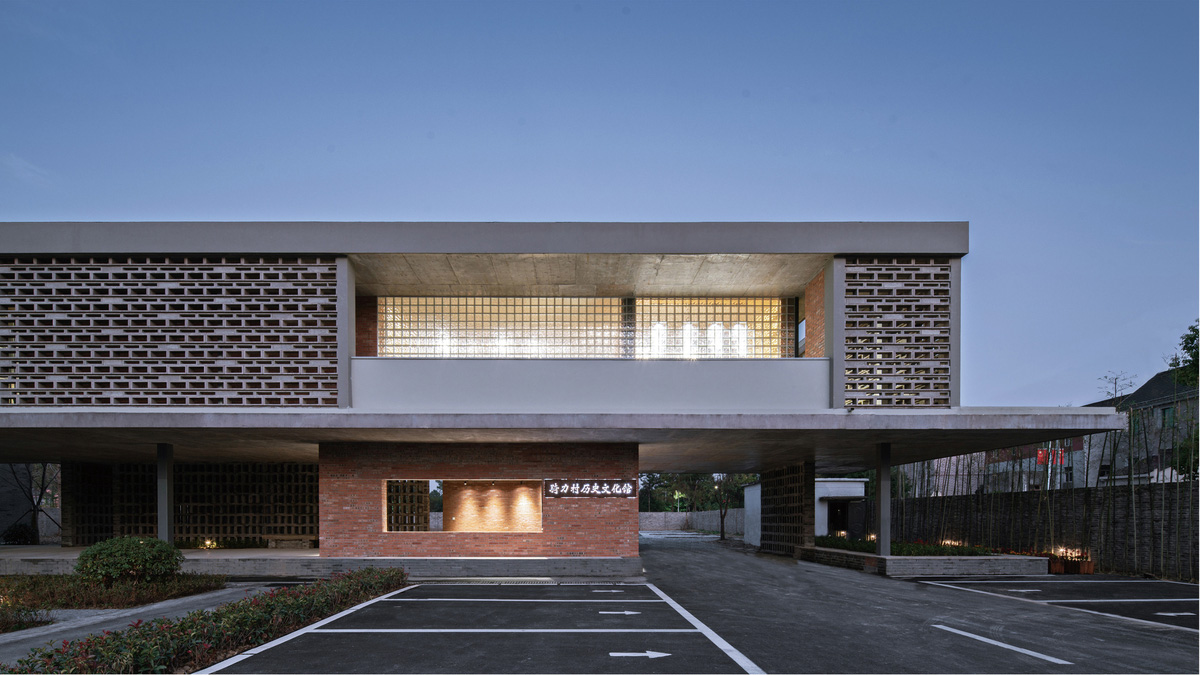 Located in the Zhejiang and Jiangsu area, Qili could be seen as one among thousands of ordinary rural areas in China. Flat terrains, vast paddy fields, with street shops scattered around neighborhoods, Qili offers very little new development and plenty of those that have been left behind.

Rebuilt from a primary school built in the 90s, which also used to be a factory for a period of time, this single corridor, three story building is nothing but ordinary; perhaps due to the fact that it does not have the delicate cornices and woodwork as traditional ancient buildings in Jiangsu and Zhejiang do.

Despite its plain looks, the building bears significant childhood memories for the elders in the village. Hence the reconstruction of the site and building is not only a provision of functional space for the people of Qili, but also a continuation of storytelling and reshaping of the local culture; retaining what is vanishing and reinvigorating the declining village community life. 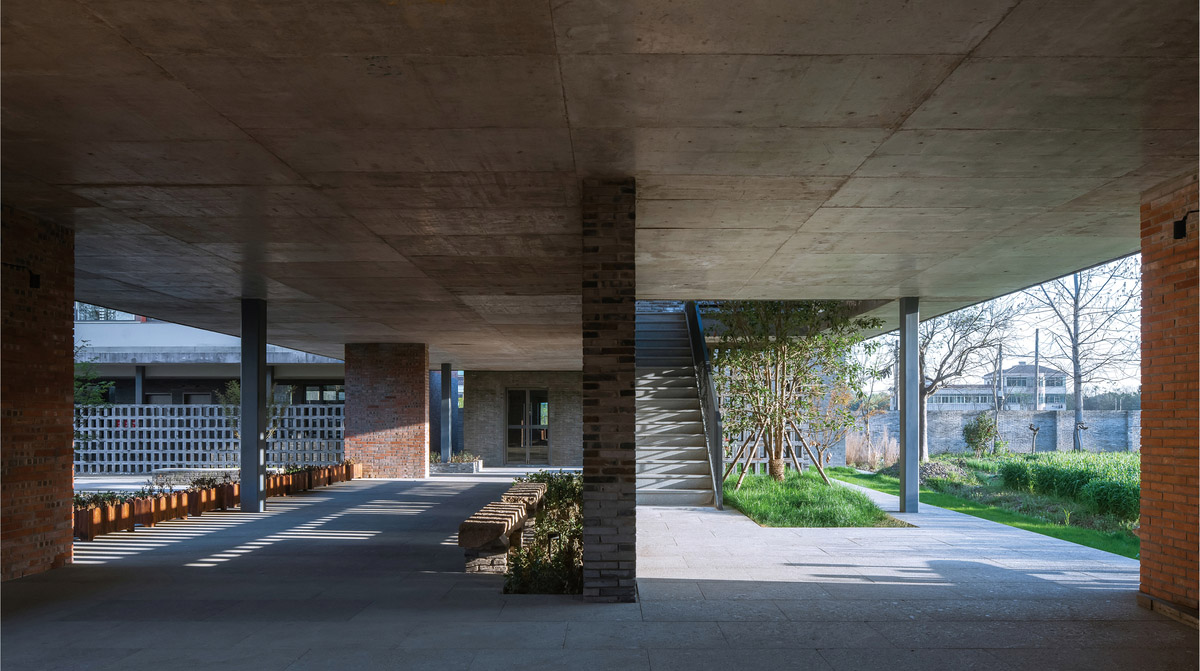 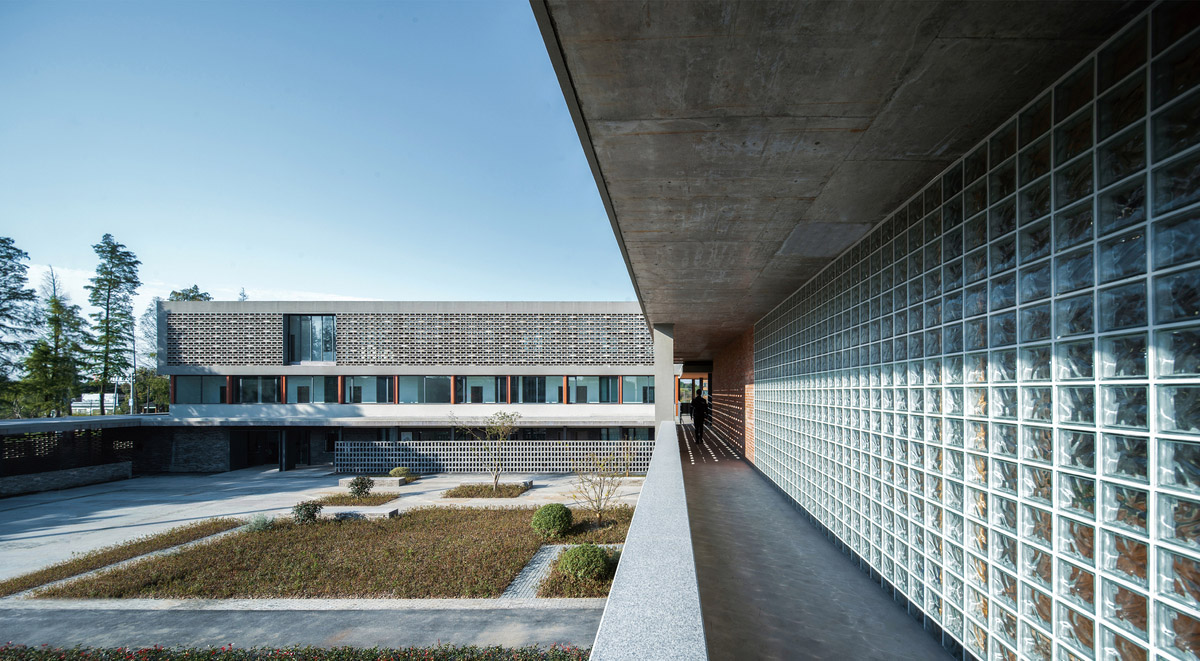 The public village center sits on a prominent location at the entrance of the of village. Now complete, the old building is equipped with multiple rigorous constructive social programmes, bearing more roles and responsibilities. The original teaching building is now being used as the main entrance the village committee office; the car shed is a village ‘history corridor’, and the playground is a leisurely courtyard space that functions as the heart of the village center. In addition, a new library has been made possible through the donation of 1080 books from villagers, creating a home for learning and teaches the values and heritage from generations before. 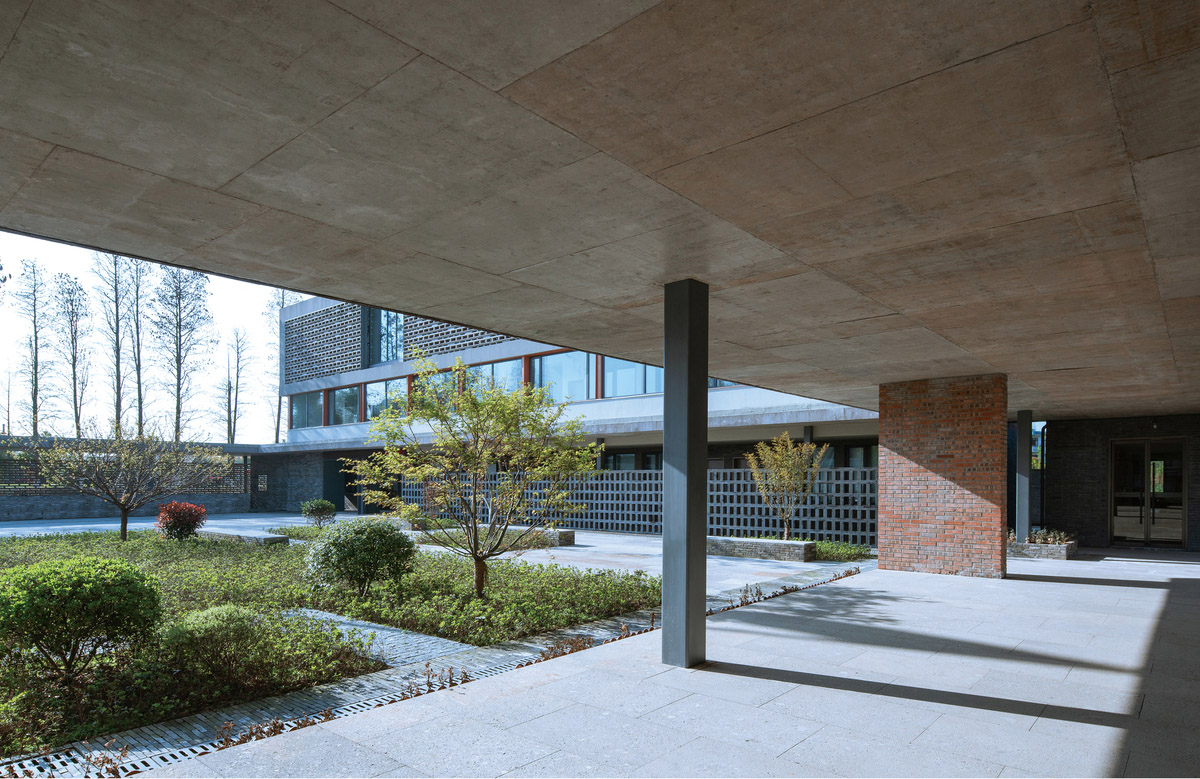 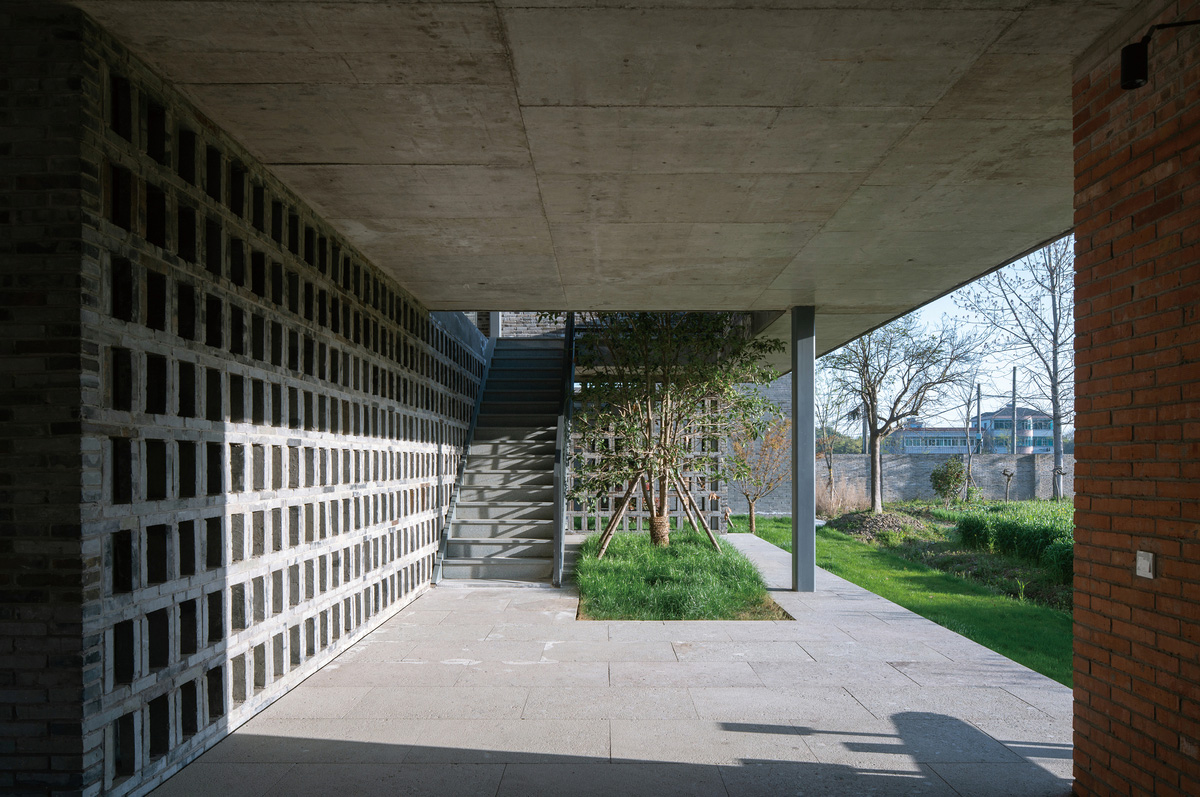 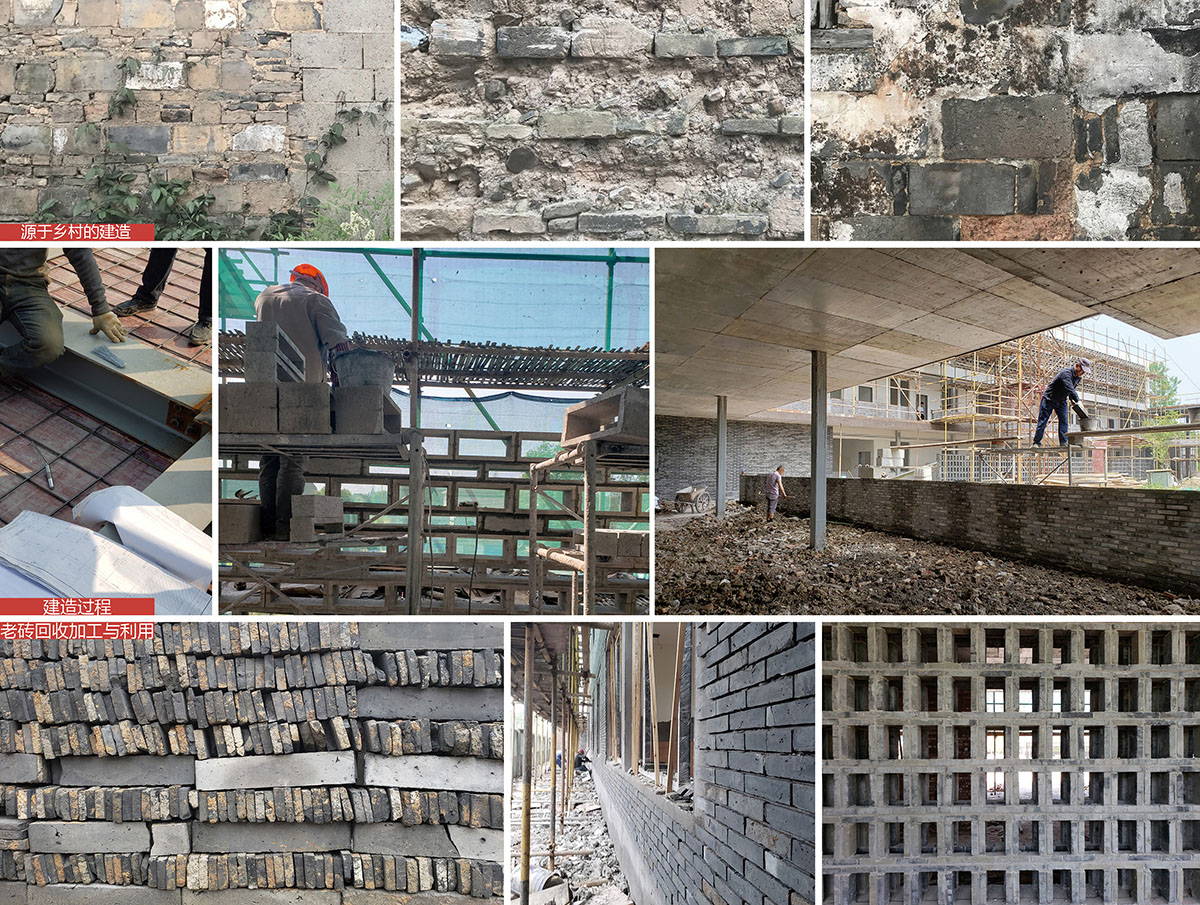 The scale and programmes of such public village center is unprecedented in an area like Qili. The architecture desires to draw parallel with public spaces in villages and bring more people in. For example, provisions of smaller courtyard and patios allows for additional privacy and interplay of indoor and outdoor spaces; the array of courtyards and interlacing of brick walls breaks the seriousness sense of a typical village committee office building and creates a lively interconnected courtyard space. 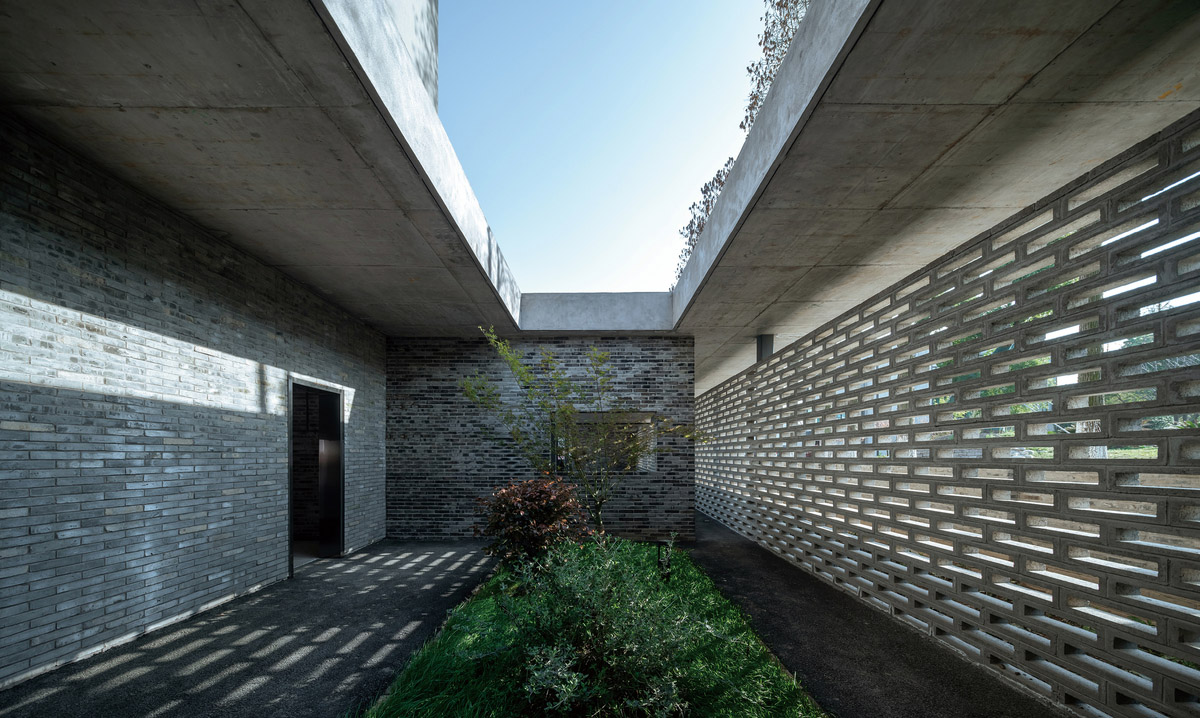 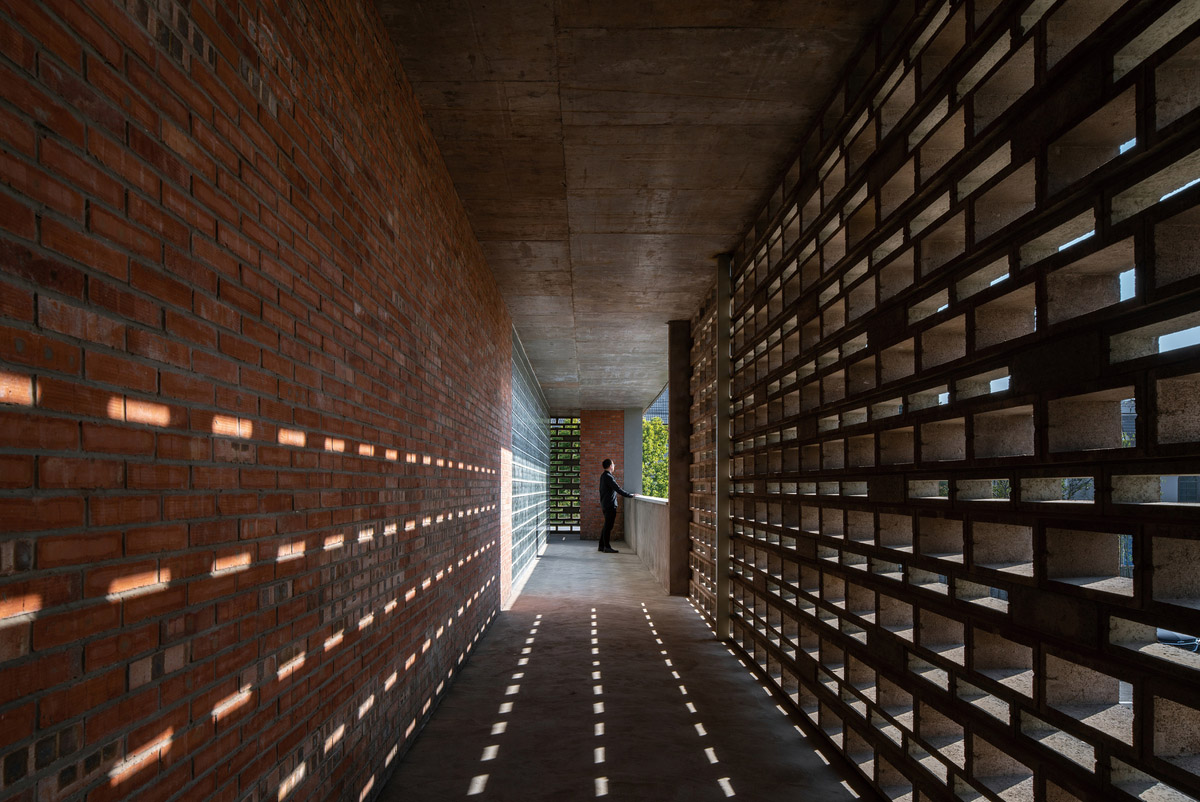 Building in the rural dwells profoundly in handling local materials and meeting the needs of the community. Indeed, by revealing a clear structure with minimal decoration, the building conveys a strong sense of structure and determination. During the reconstruction of the center, old local materials were recycled and reused. Without additional cladding or ornamentation, the concrete walls, cement brick enclosure and brick walls are left bare to the express raw and humble construction methods. 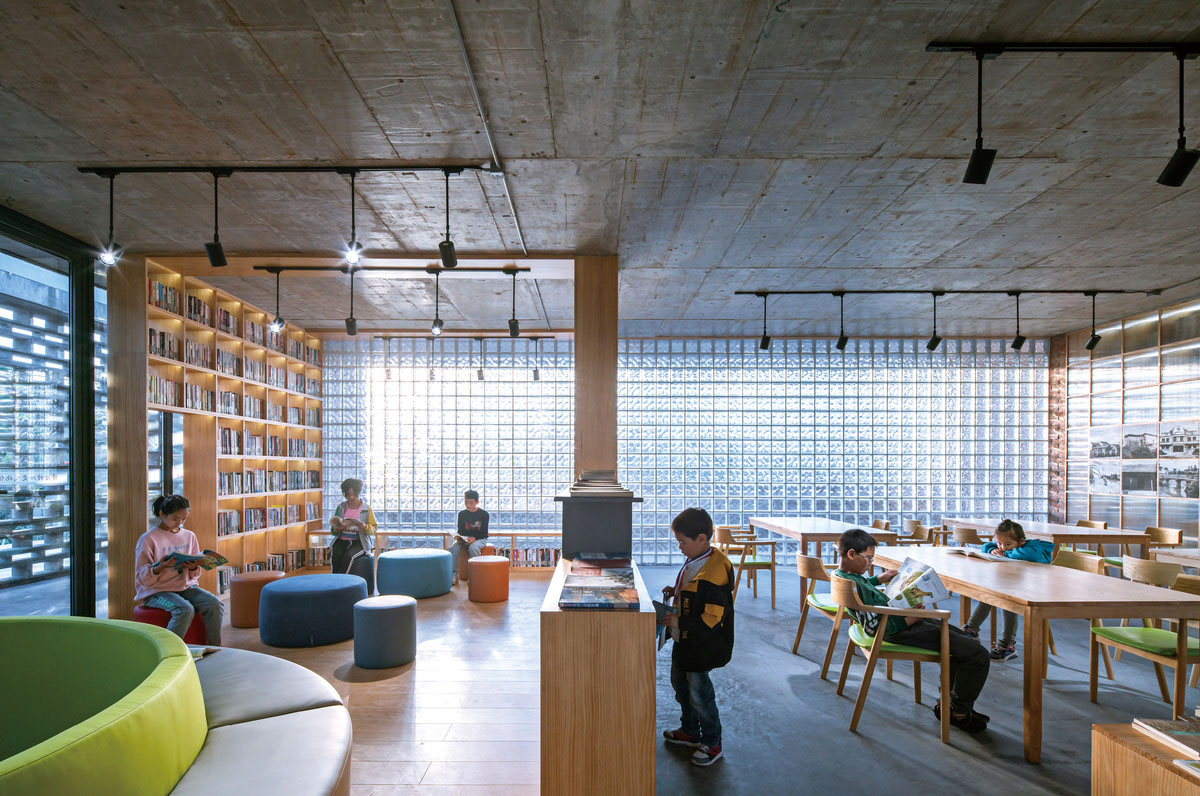 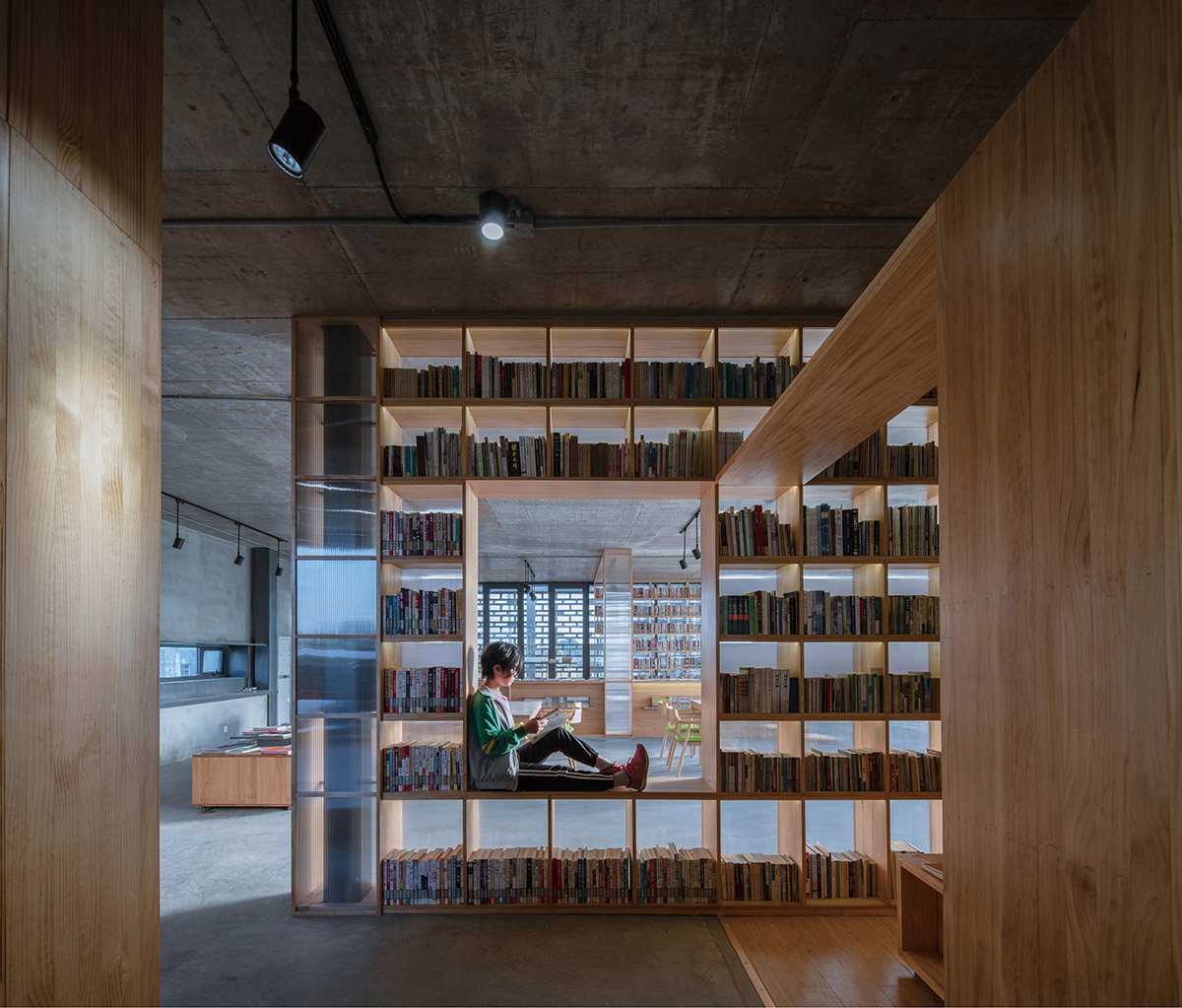 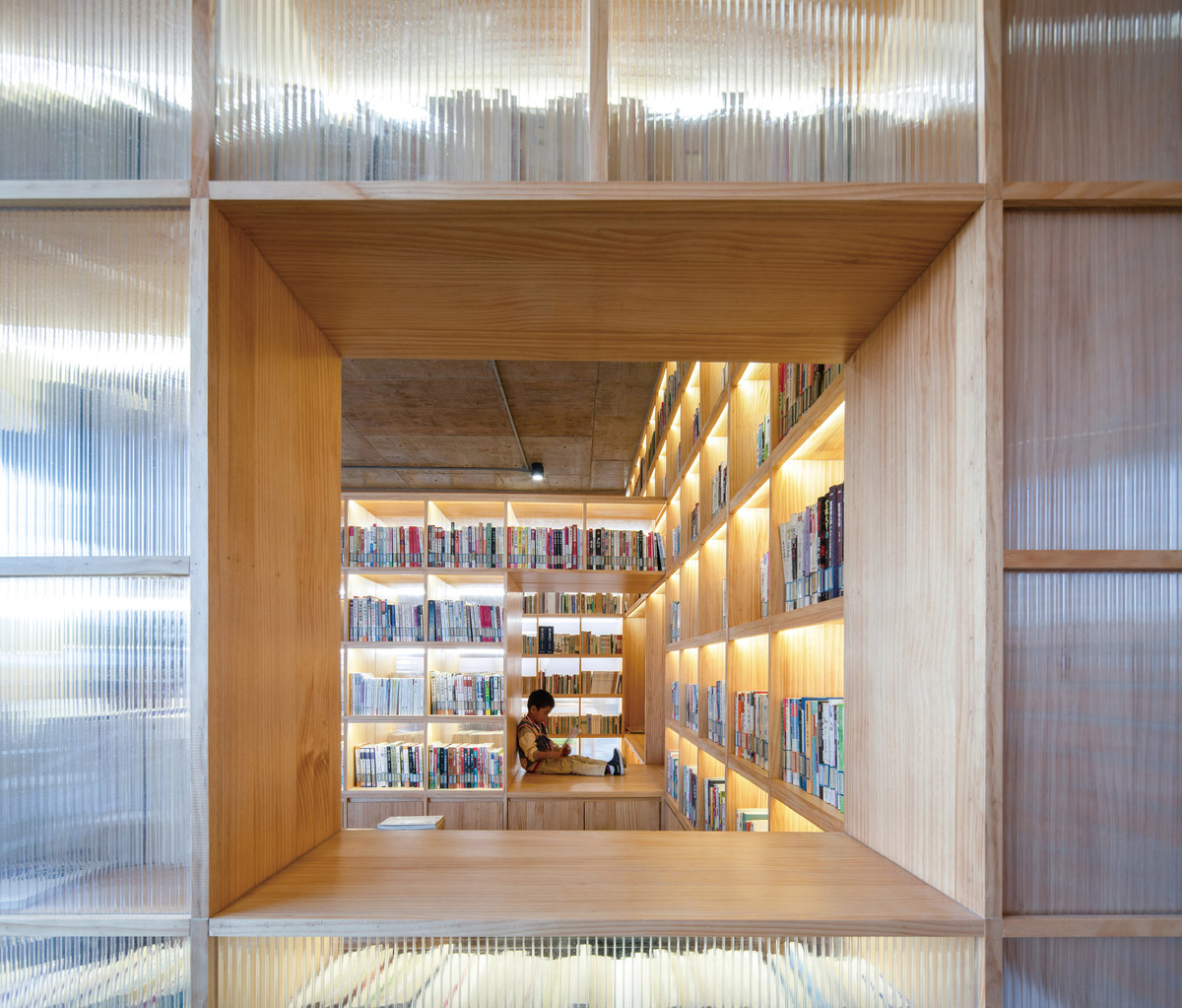 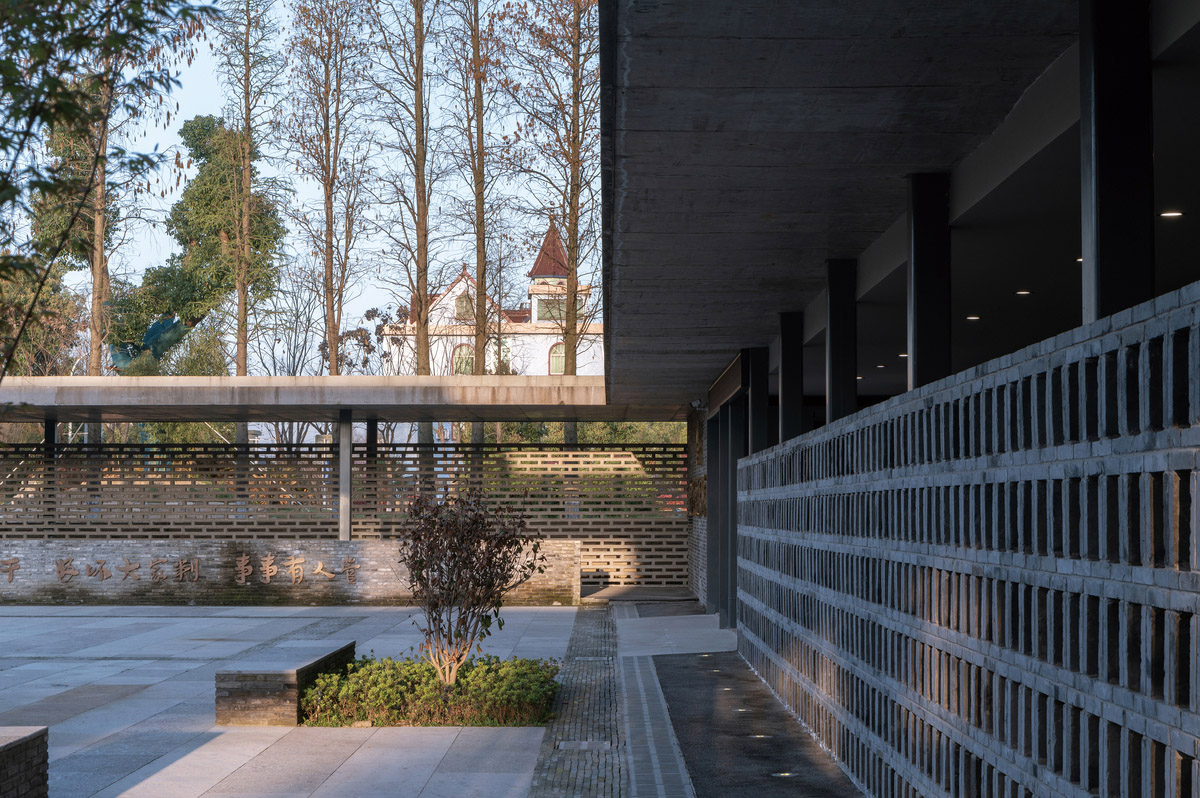 The masonry adopted various stacking methods to hint at different spatial settings. On the public ground level, the enclosing walls and the exhibitions walls are laid using recycled bricks from surrounding villages. The second and third floors are built with hollow cement bricks using two groups of modules and staggered joint methods. Utilising local building methods, the village center subtly transforms the past into the present and breathes new life into old materials.

Every village in China has its unique value, and every humble dwelling may recount the memory of many. Now open to the public, the construction of the center has revived the feelings of the past and successfully sustained the cultural atmosphere of Qili. 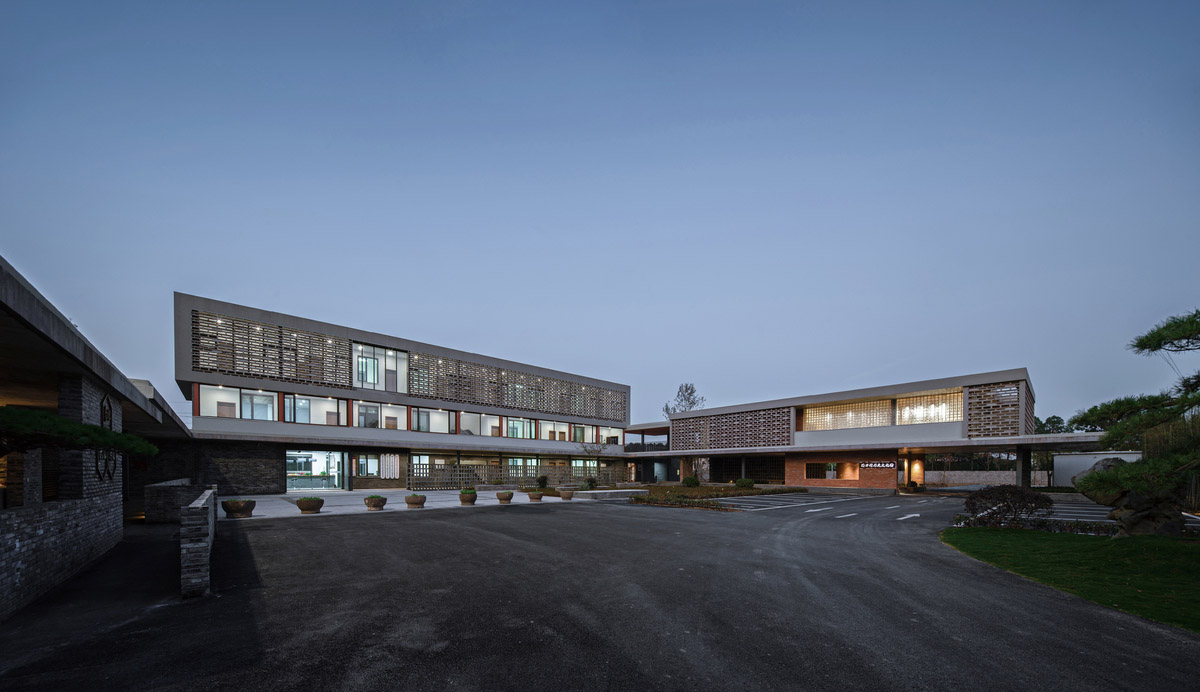