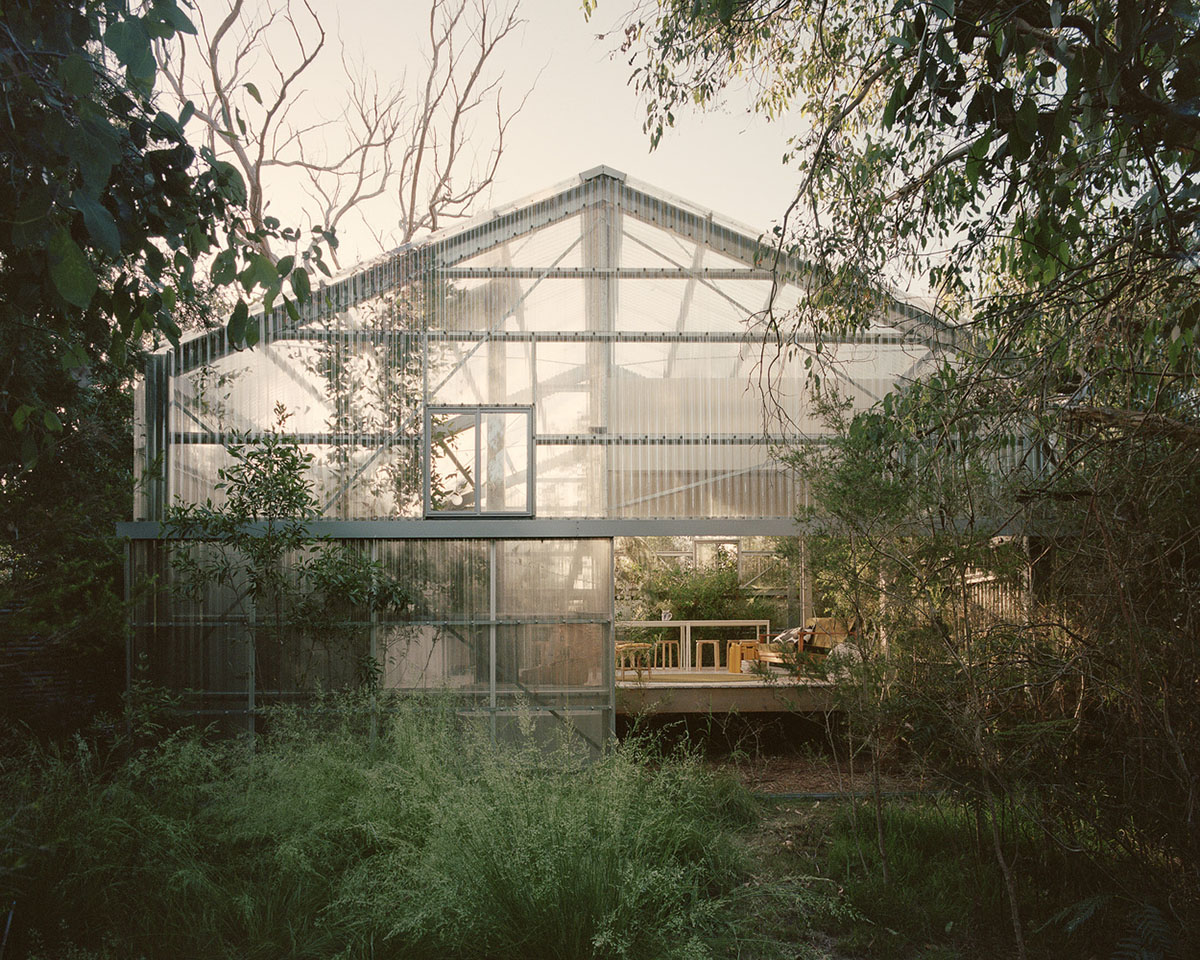 Australian architecture firm Baracco+Wright Architects has designed a small home wrapped by polycarbonate sheets within a lush forest in Australia.

Named Garden House, the house was conceived as a small "transparent shed" that opens up the interiors against nature. Situated on a small plot of Westernport, Coastal Victoria, the house is a holiday home that will provide its users an intimate atmosphere.

The house features a deck and is raised on a platform, the interior perimeter 'verandah' is a garden (and spontaneous vegetation) space and living areas are dynamic yet subtly spatially defined; up, down, under, above. 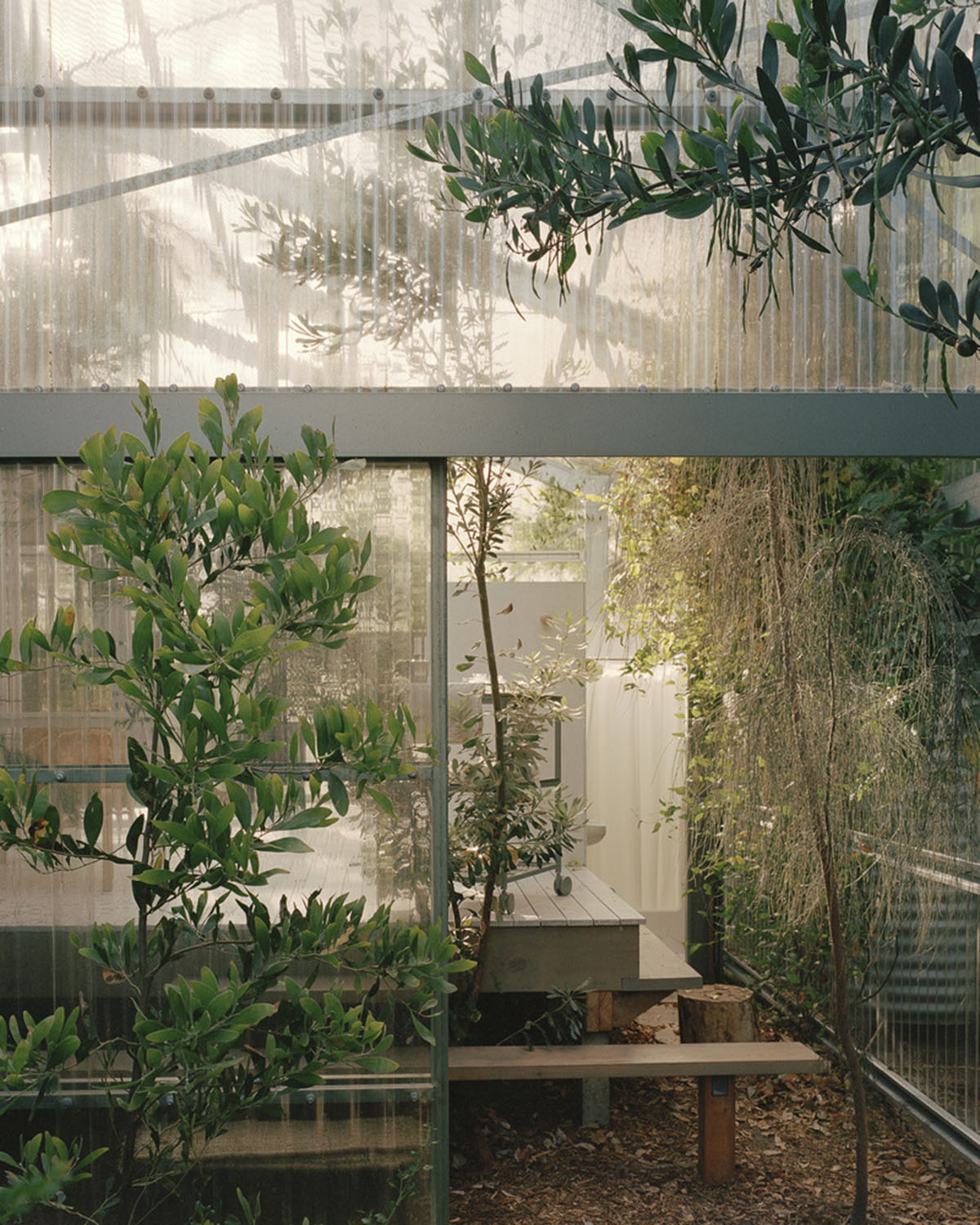 "Its architecture is one of the relationships that revisit the project of a theory of space, this time in the terms of its physical place and the life supported there," said Baracco+Wright Architects in a project description.

The house is made with a mix of industrialized elements - by using a steel frame and handmade timber frame - without concern with itself and modes of making.

"The thinnest of physical boundaries (perhaps fabric is thinner), polycarbonate sheet, maintains transparency otherwise displaced by a building for the sustaining of life, rather than architecture’s own terms of the material theory of transparency," added the studio. 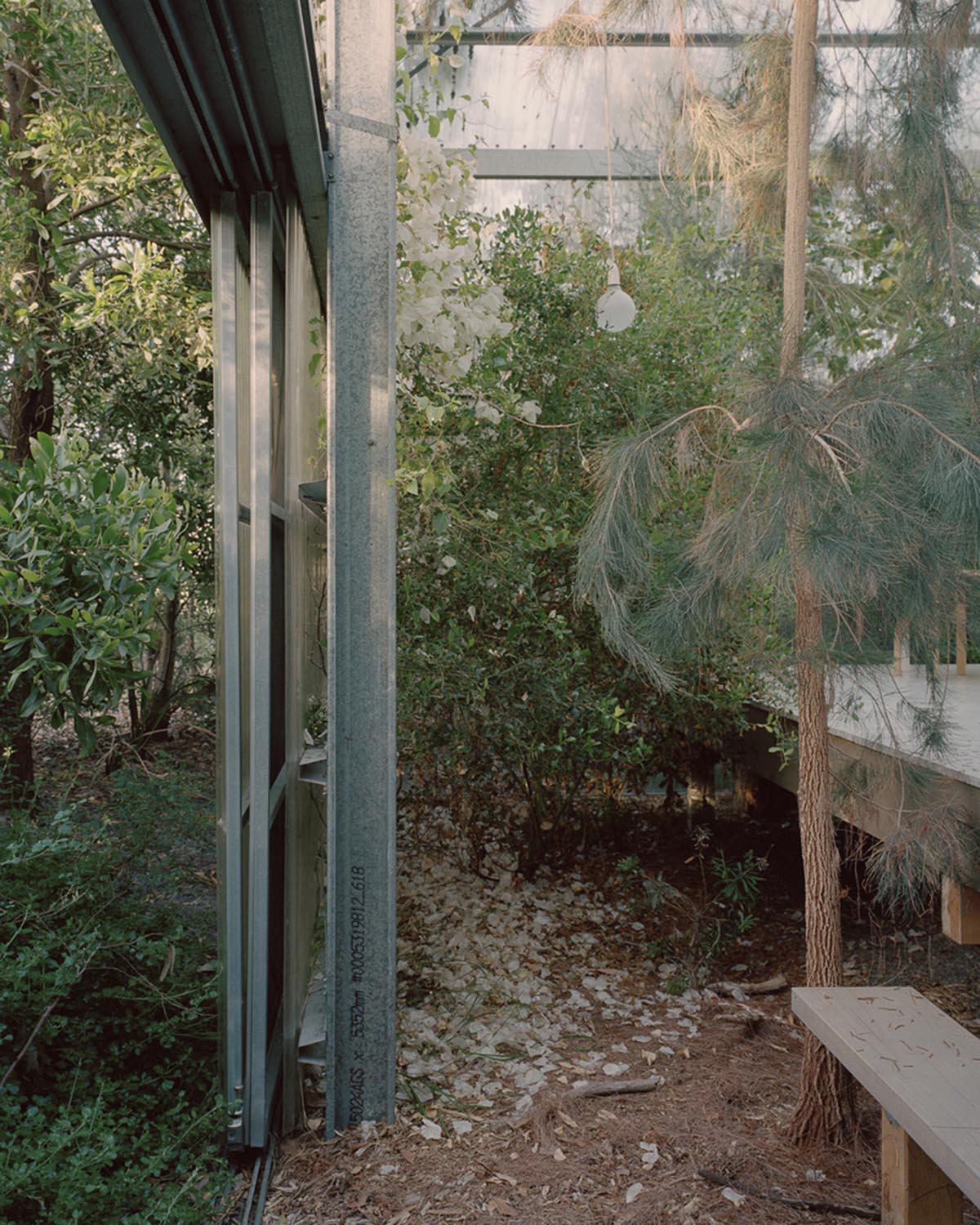 The office designs its spatial boundaries by not only achieving in usual architectural terms, such as walls, windows, and rooms, ceiling, and floor, but the house is made by the vegetation on either side of the polycarbonate layer - which is not designed as a solid wall.

On the other hand, thinking together with the vegetation, "an ill-defined wall is made that starts on the inside with the moat-like horizontal boundary achieved through the way the raised floor stops short of the polycarbonate," added the studio. 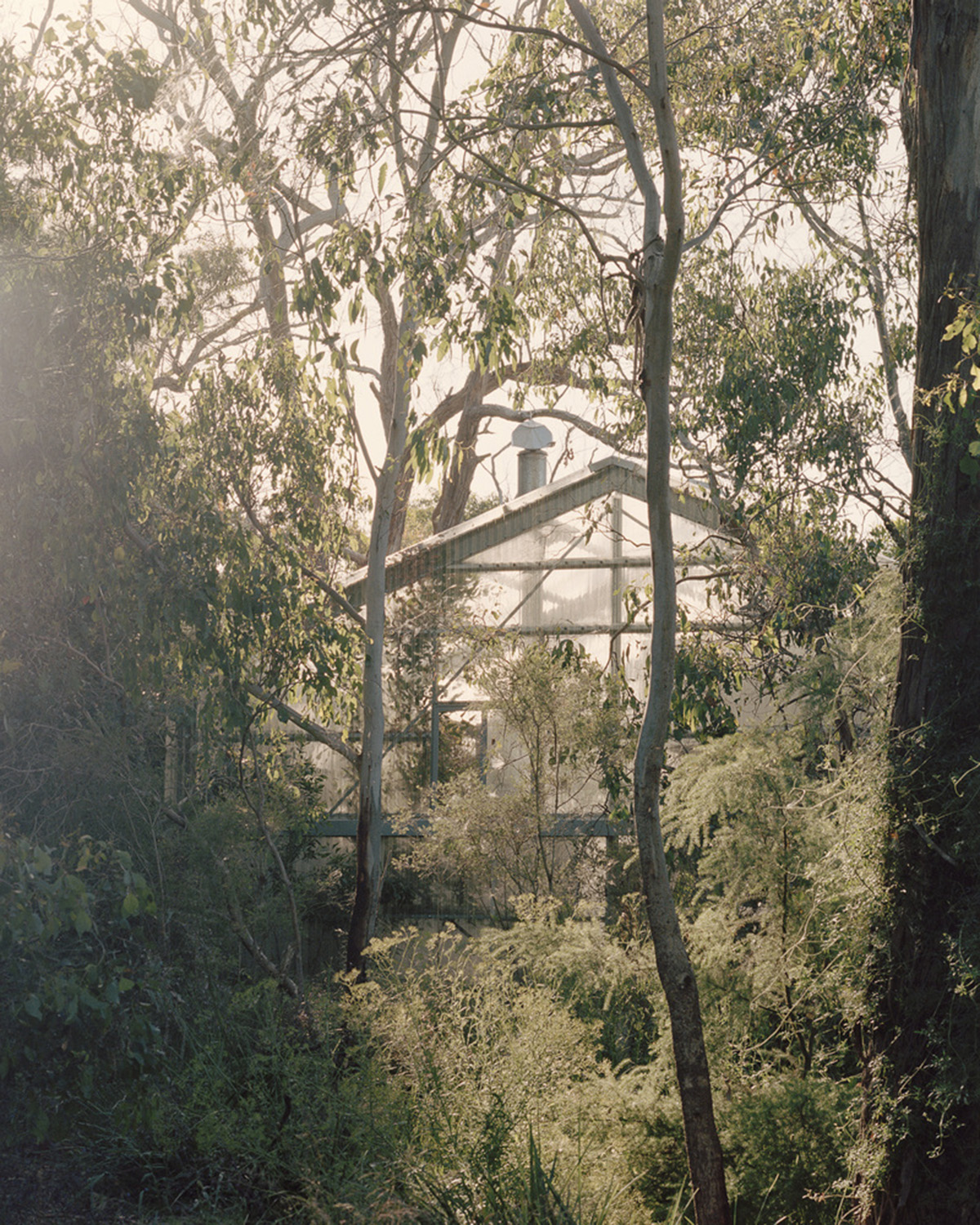 By using a raised deck, which is another expanded threshold this time with the ground, this raised deck allows the unsealed ground and its floodwaters to carry through. The window that frames an interior’s relationship with nature is absent.

"The ontology is almost flat - nature is neither confined to containers or brought inside. This quality of space is evident in Rory Gardiner’s photographic technique where frames are often replaced by images that fill the view without edges so that it is sometimes unclear if you are looking inside or outside," the architects added. 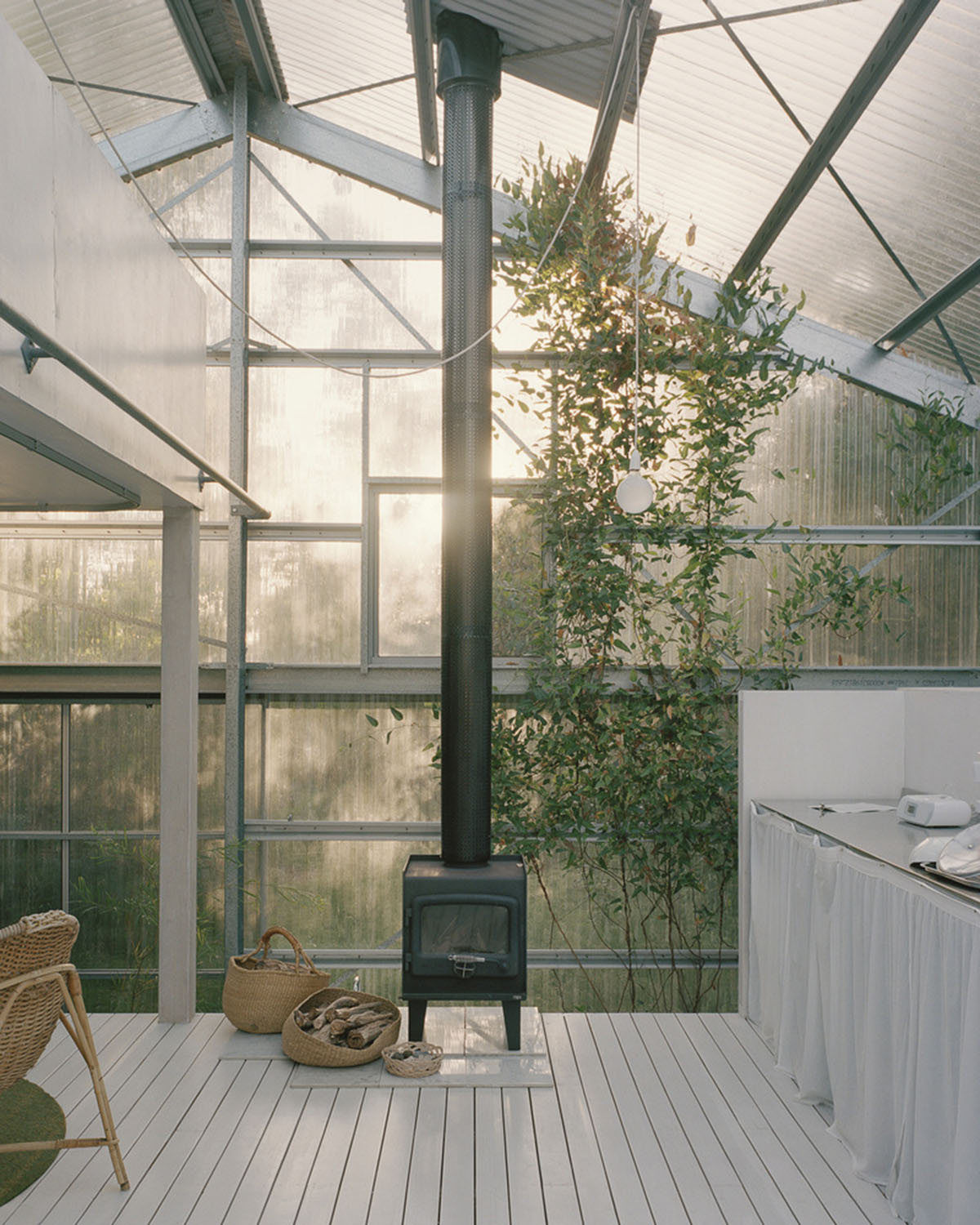 Baracco+Wright used the term of "tent" as a reference to the project and "this building could be thought of as a little more than a tent: a deck and raised platform, covered by a transparent 'shed', the interior perimeter 'verandah' is a garden (and spontaneous vegetation) space and living areas are dynamic yet subtly spatially defined; up, down, under, above," according to the office.

The studio preserved the soil and a natural ground line that are maintained and carried through. The architects said that "In the temperate south-eastern Australian climate, one is a little cold and a little hot sometimes but mostly comfortable." 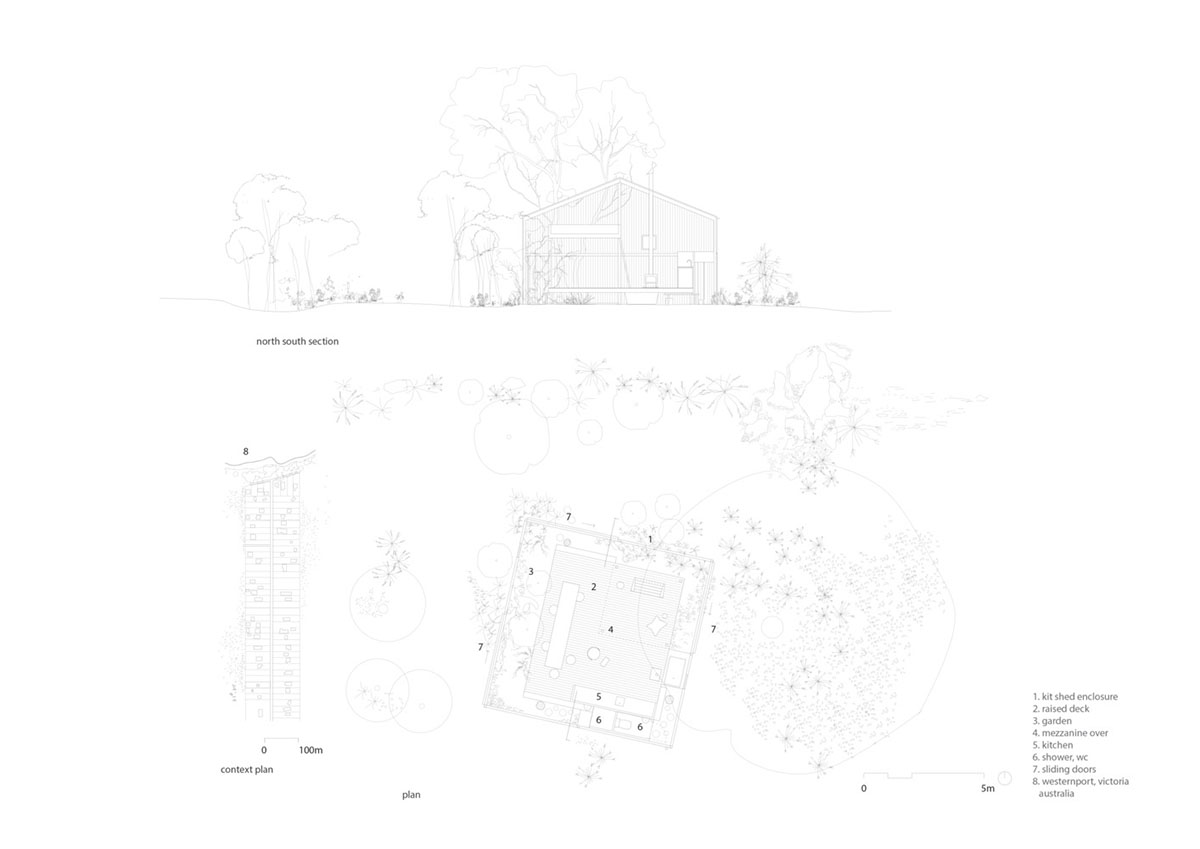 "The ability to hear the outside is something surprising in this house. Nature is noisy. To hear enables one to locate themselves in space outside your own body."

"The story of the natural history of the site drove the decision-making. The site is part of a leftover heavily vegetated corridor in-between cleared grazing land."

"A historical anomaly, it gives a glimpse into what used to be there, although it too now is mostly altered through domestic gardens, human and (nonnative) animal activity. Small patches of the endemic vegetation remain, mainly tea-tree heath, among mown grass, introduced species and plants considered invasive weeds," the office continued.

The project's site connects to its neighboring vegetation and Westernport – a large tidal bay. The road now occupies the position of an ephemeral creek and being downhill, the area can be seasonally wet and dry and can flood.

It acts as a compromised wildlife corridor for animals traveling from nearby Gurdies Nature Conservation Reserve to the coast, and perhaps most successfully supports birds.