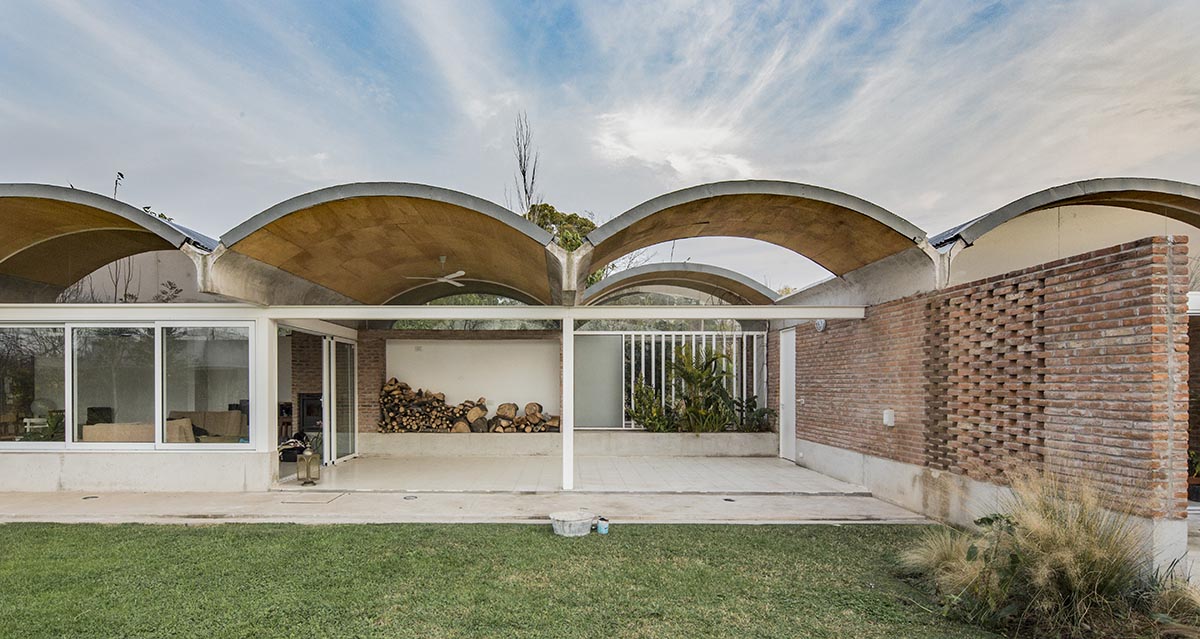 Named Casa Rodney or Rodney House, the 120-square-metre area, is located in the town of Villa Elisa, part of the city of La Plata, 15 km from its center and 45 km from the City of Buenos Aires, Argentina.

The house is located in a peripheral lot where the urban fabric is not consolidated and municipal services and infrastructures are quietly awaited.

The project is determined by two systems. The first corresponds to a series of light vaults that rest on Y-shaped reinforced concrete beams, designed to receive the curvatures of the vaults. 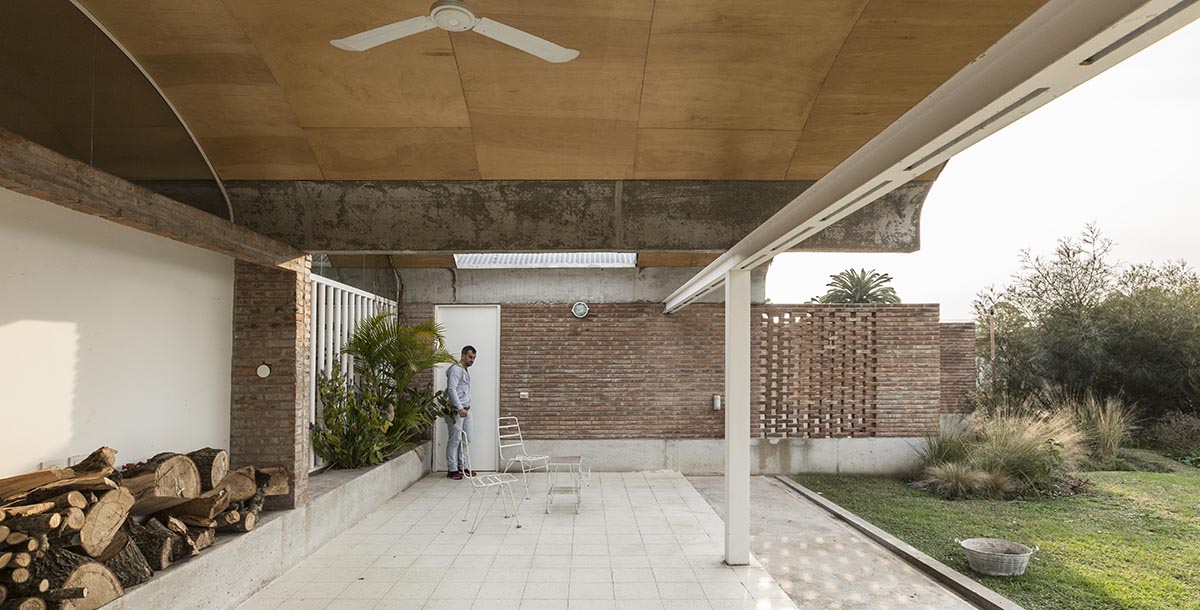 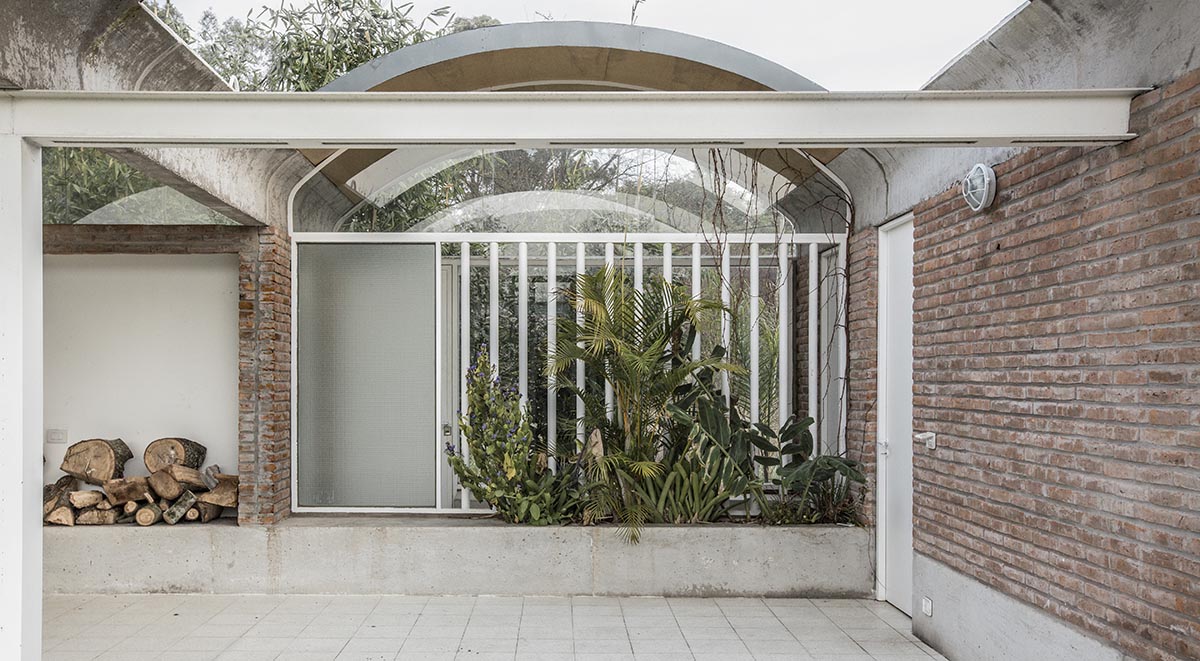 The modulation of the vaults delimits the rooms. The bedroom is located in the first vault next to an inner water courtyard. The next two vaults make up the living room and kitchen space in direct relation to the garden and access. Consecutively there are two vaults that make up the gallery space, where the roof is dematerialized to achieve differentiated shadows and filters. The last vaulted enclosure corresponds to the desk, which is separated from public use with a brick wall. 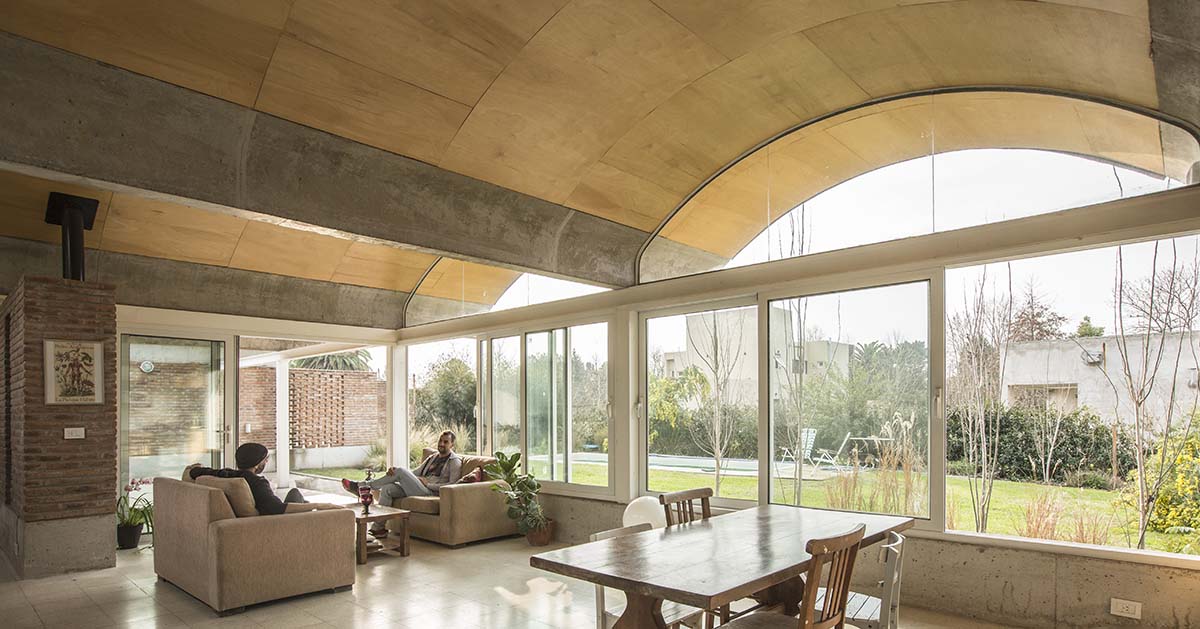 The project aims to mediate the spaces in their different scales. A series of brick walls configure the access, these generate a route that, accompanied by the existing lime trees, allows a gradual entrance by acting as transition elements. From the interior, the baseboards, the walls and the sequences of the vaults compose and configure the spaces, providing different degrees of use and privacy. 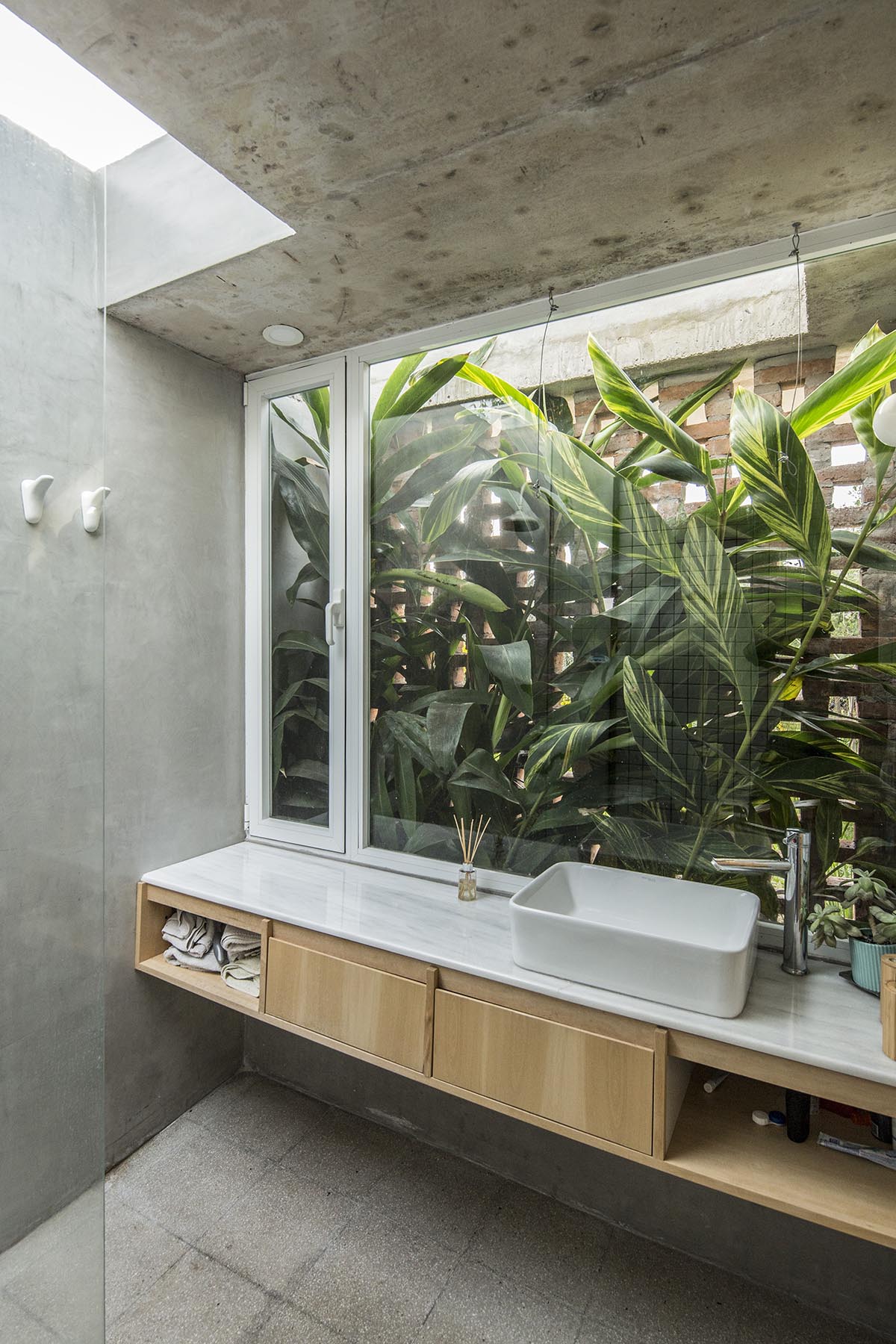 The house is developed between the horizontal mediations and the two formal systems, closing towards one of its sides and opening towards the north, generating a containment and an interior landscape of its own. 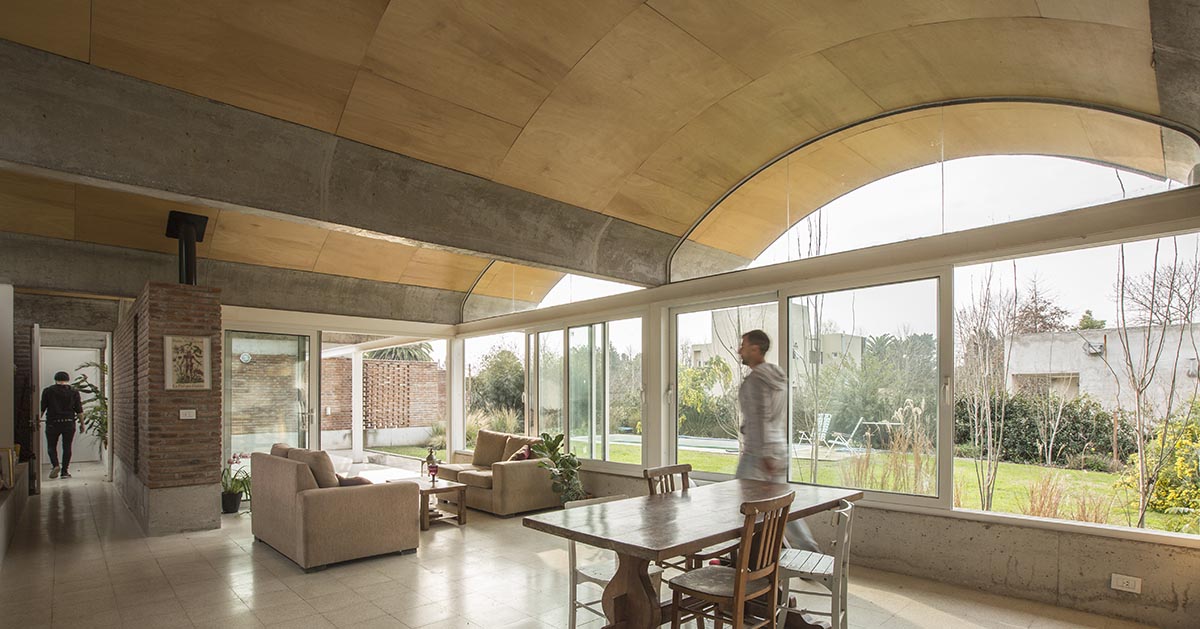 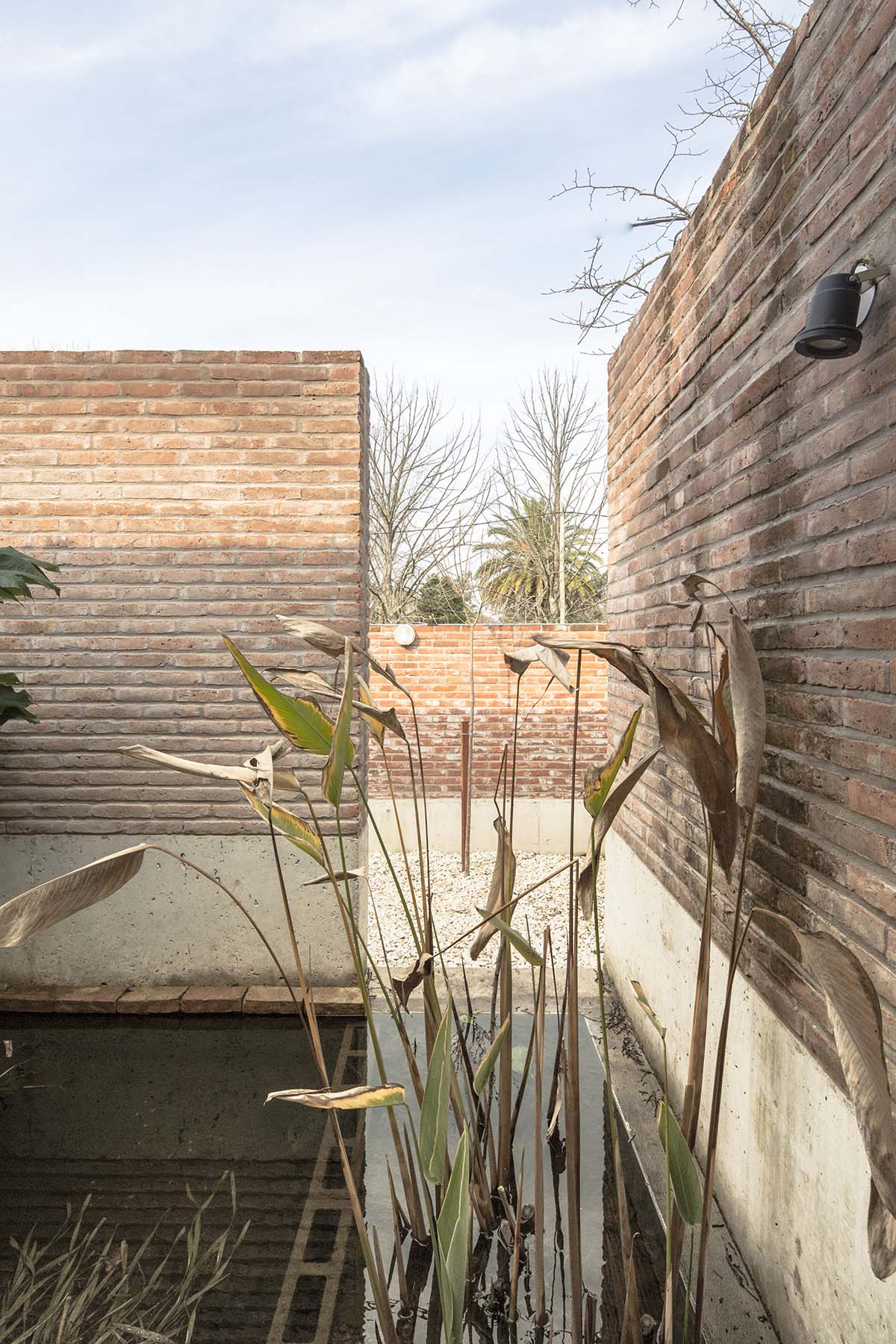 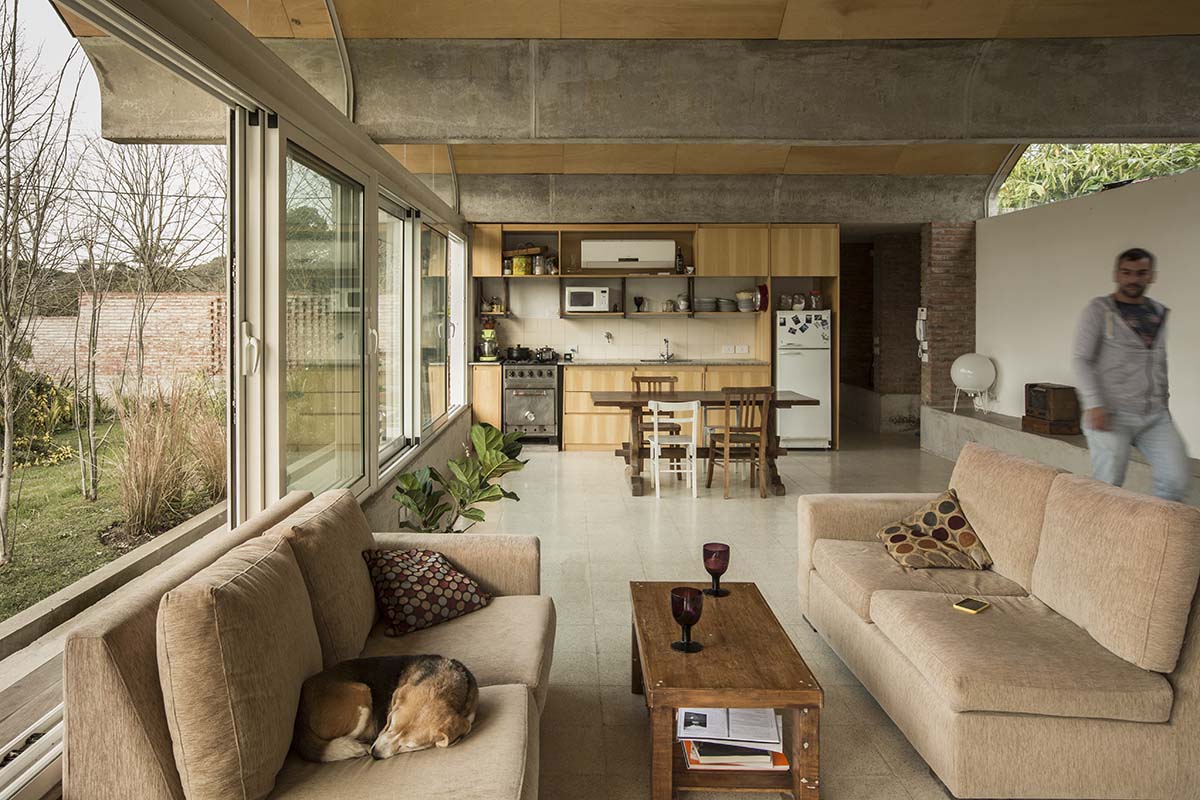 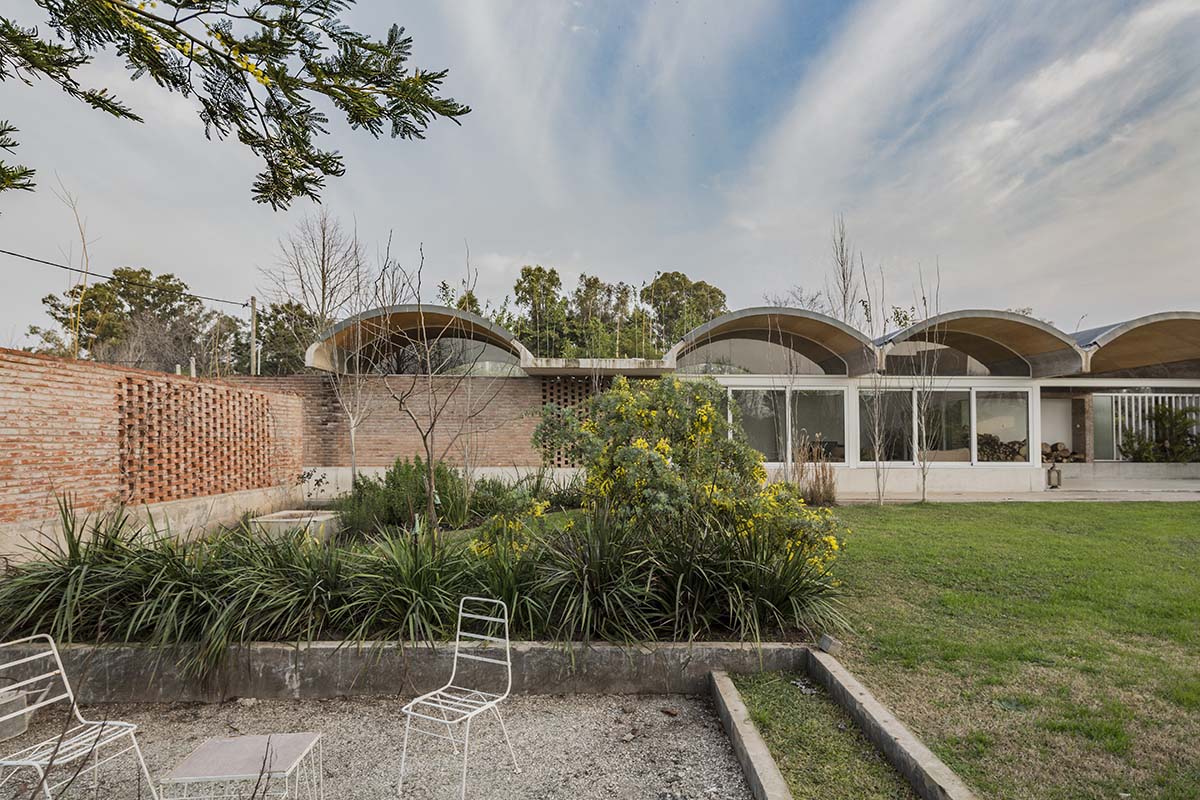 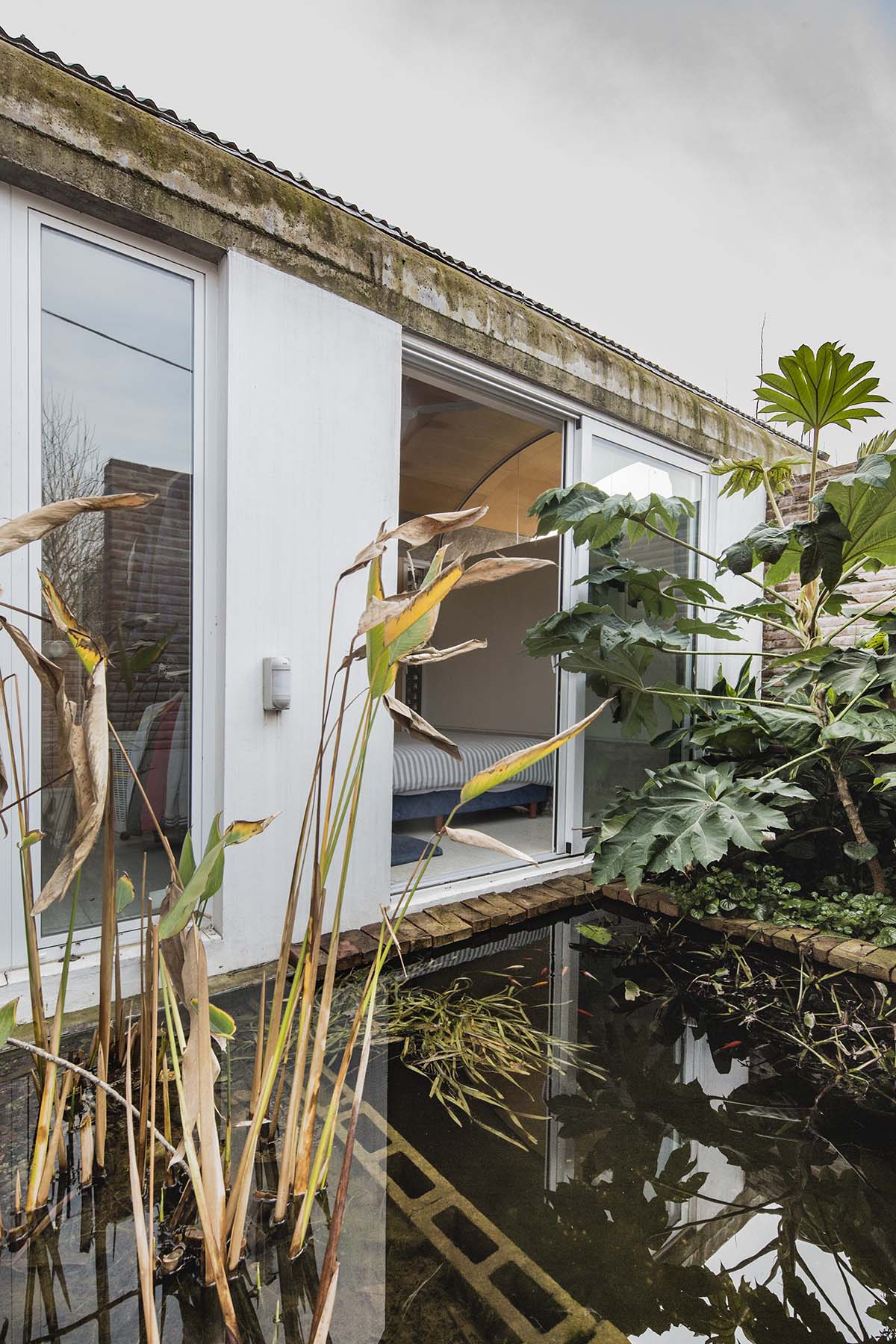 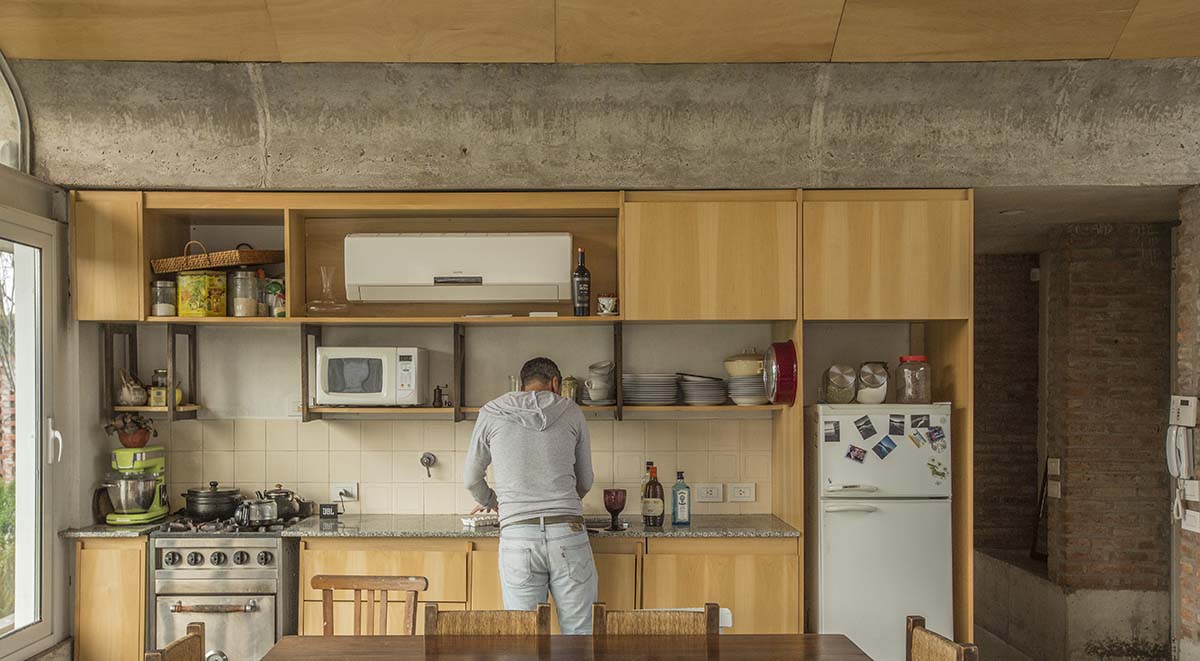 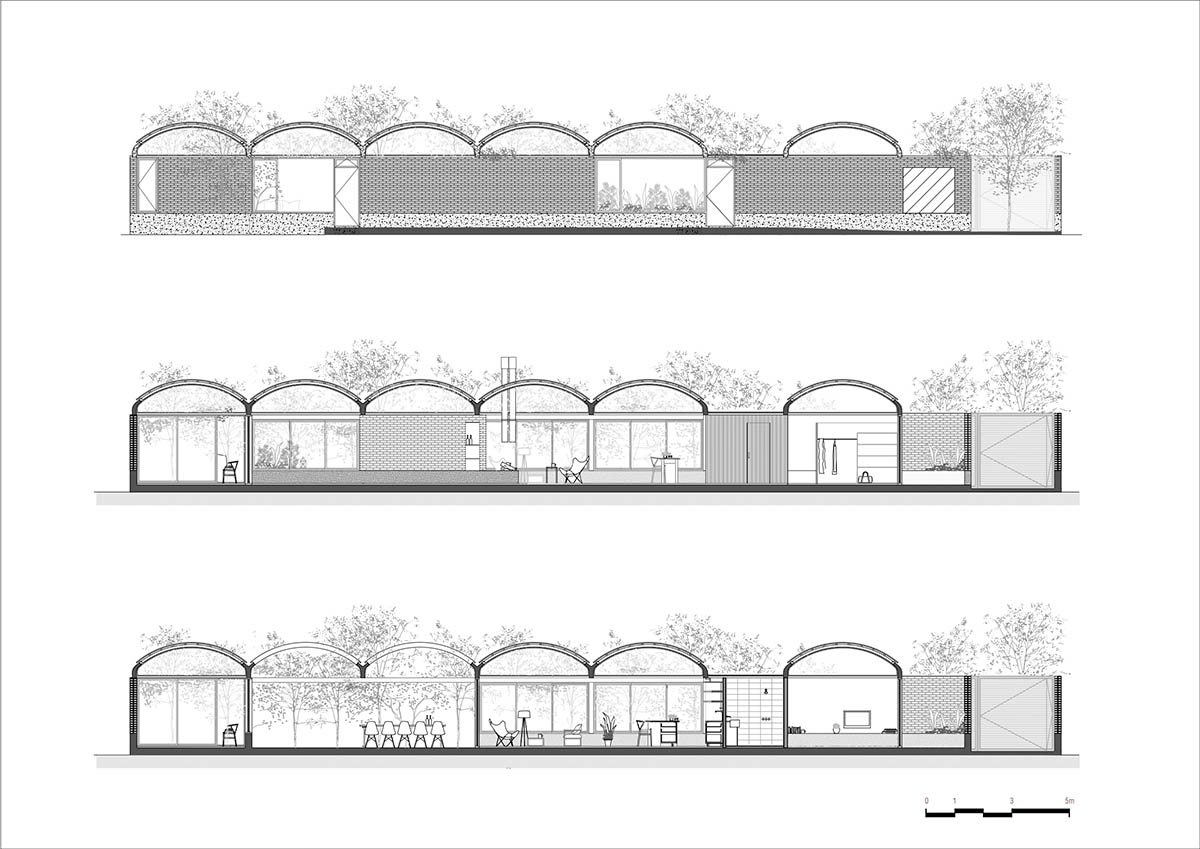 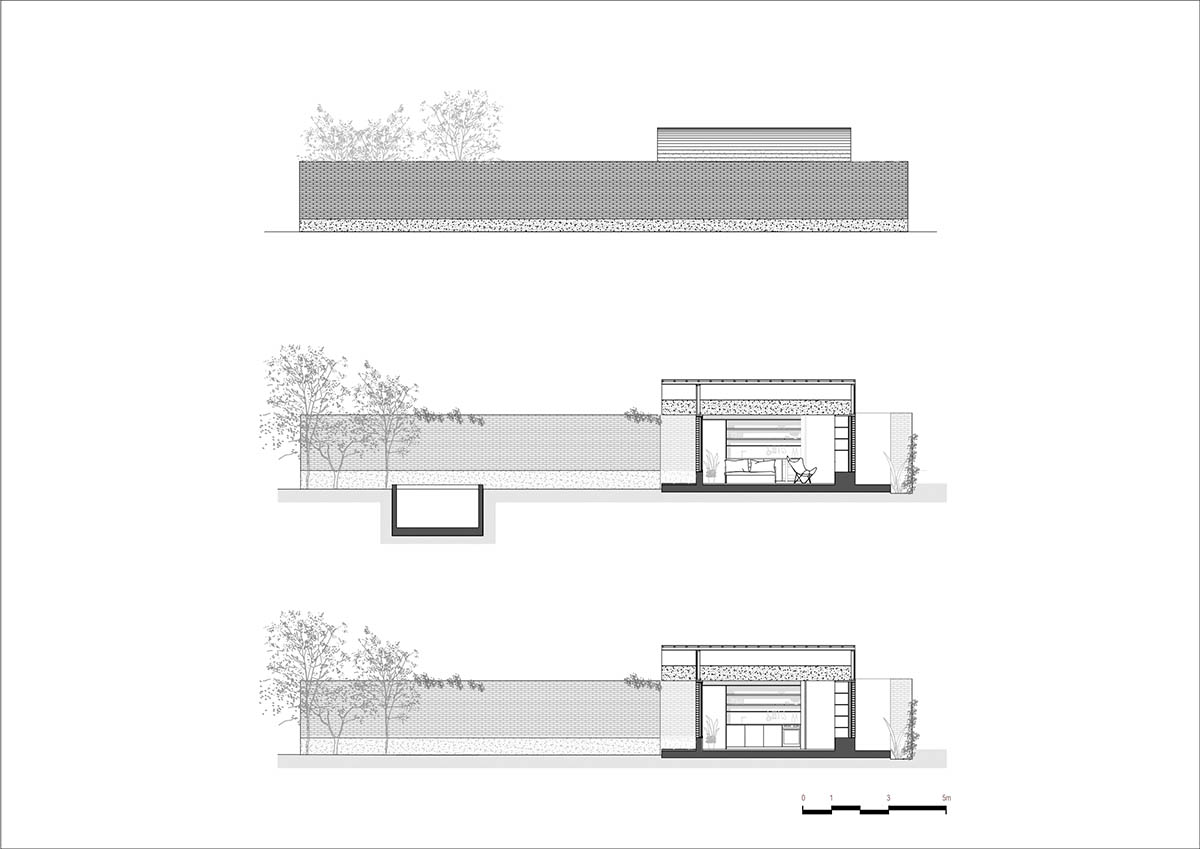 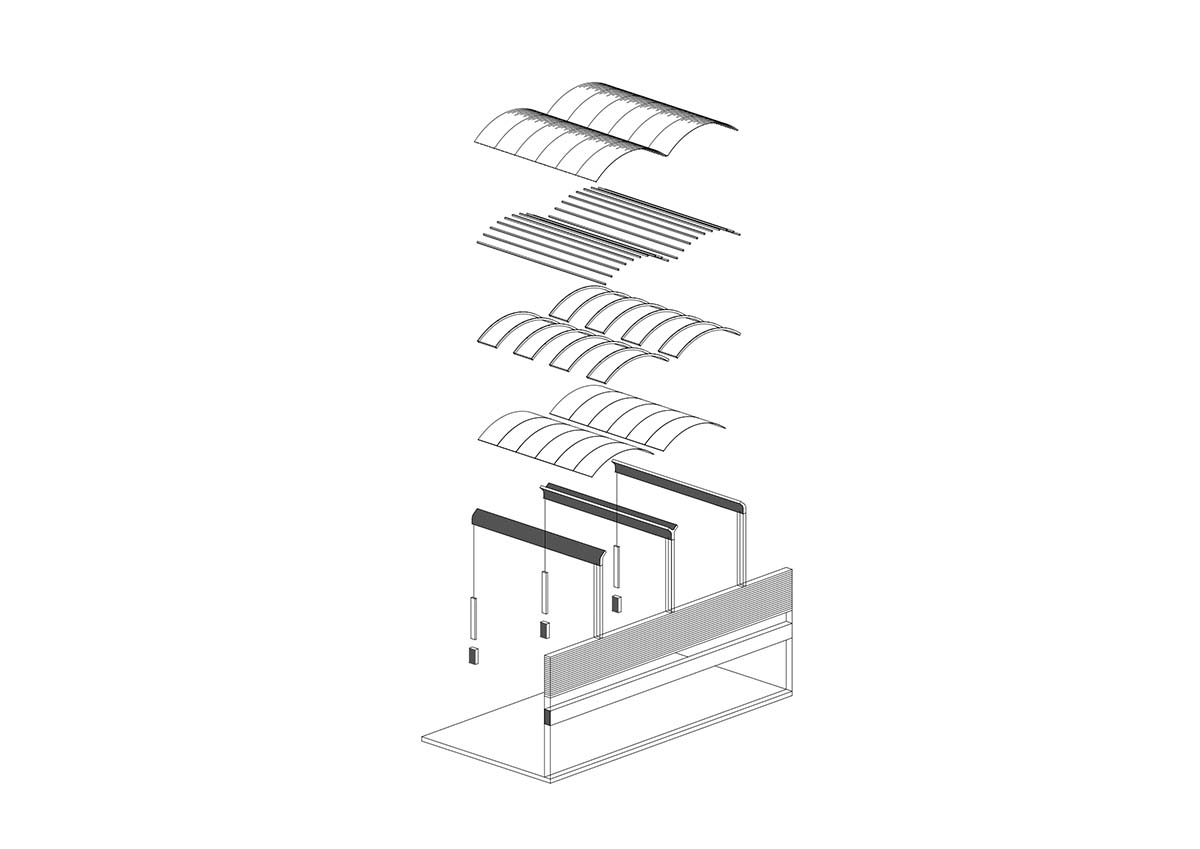 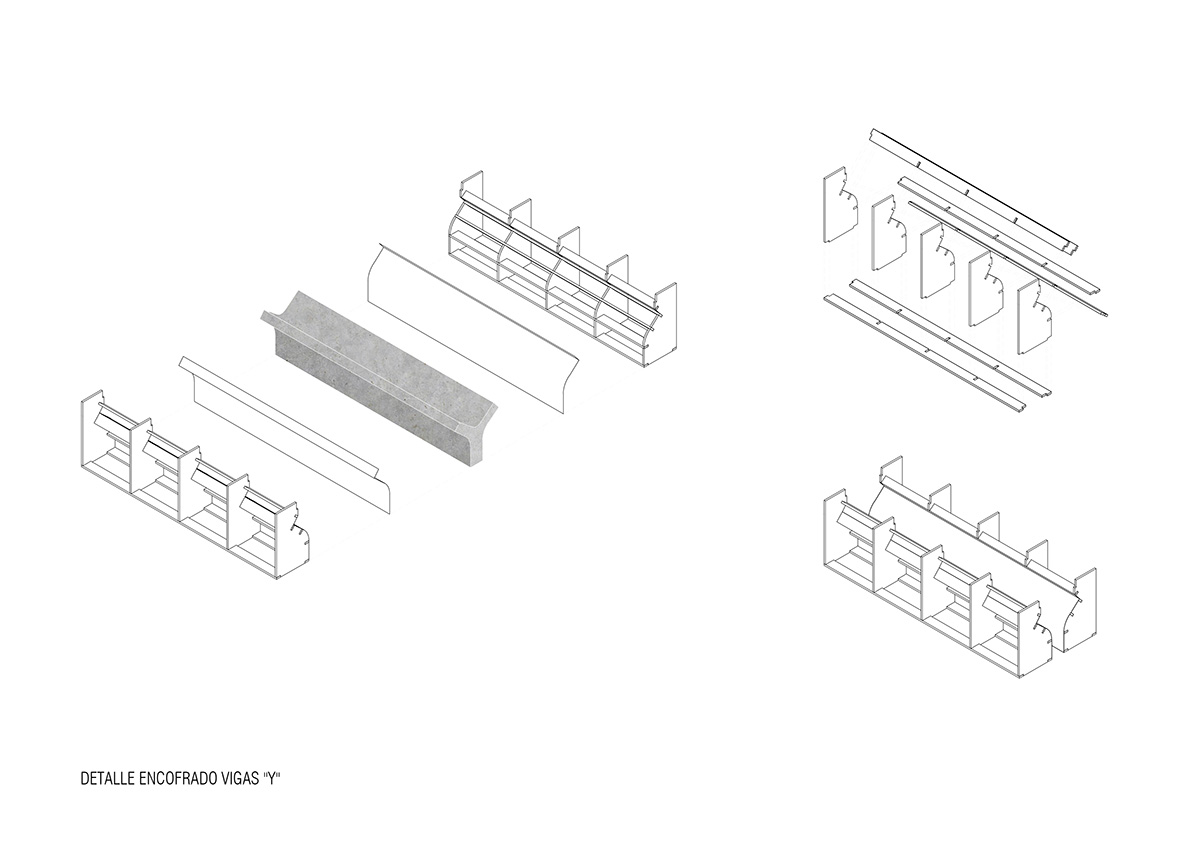 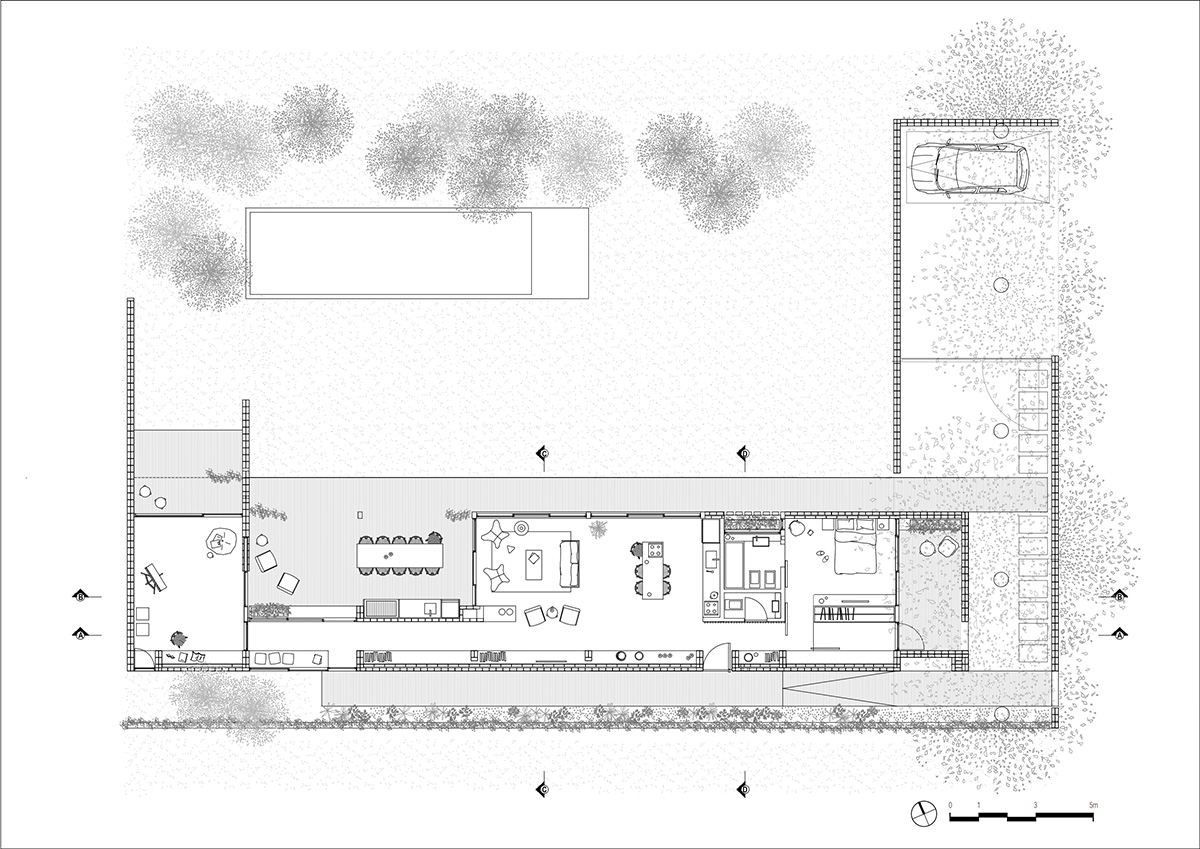