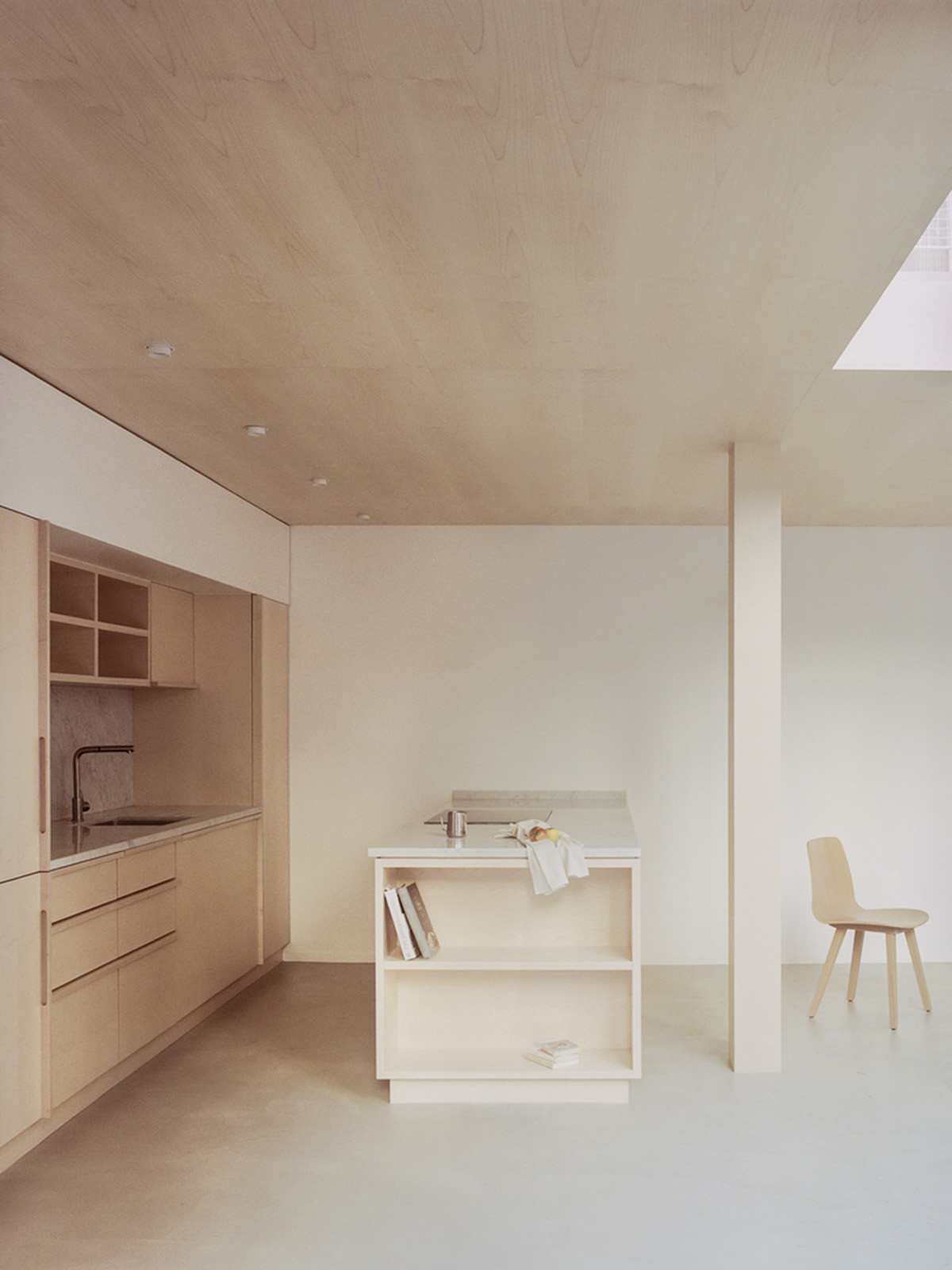 Paris-based architecture studio Atelier NEA has created a fairy tale-like and light-filled interiors for a couple living in Paris nearly a decade.

The couple, an artist from Oregon, USA, and her husband working in the movie industry, commissioned Nathalie Eldan from Atelier NEA to create an intimate space that reflects their personality and way of life. The new house would be a place where domesticity and the make of art come together.

The project, named Jean Moulin Atelier - House, is an 80-square-metre three-floor artist atelier located in the 14th district of Paris, France. The studio created the interiors that are sleek, personified, raw and artistic that represent its owners. 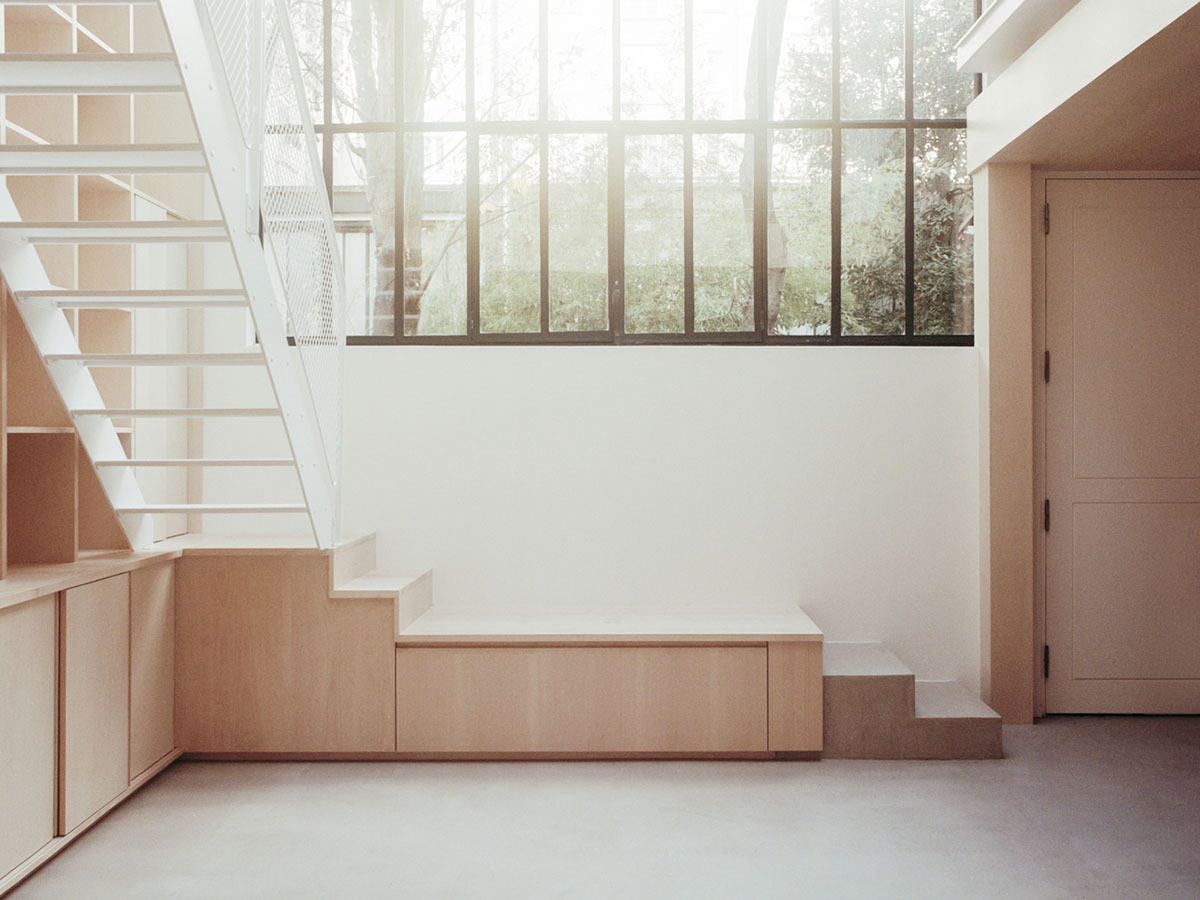 The artist studio was built in the late '40s of the 20th century. It is part of a subdivision plan of artists’ studios, laid out in two rows along a quiet and hidden private alley. 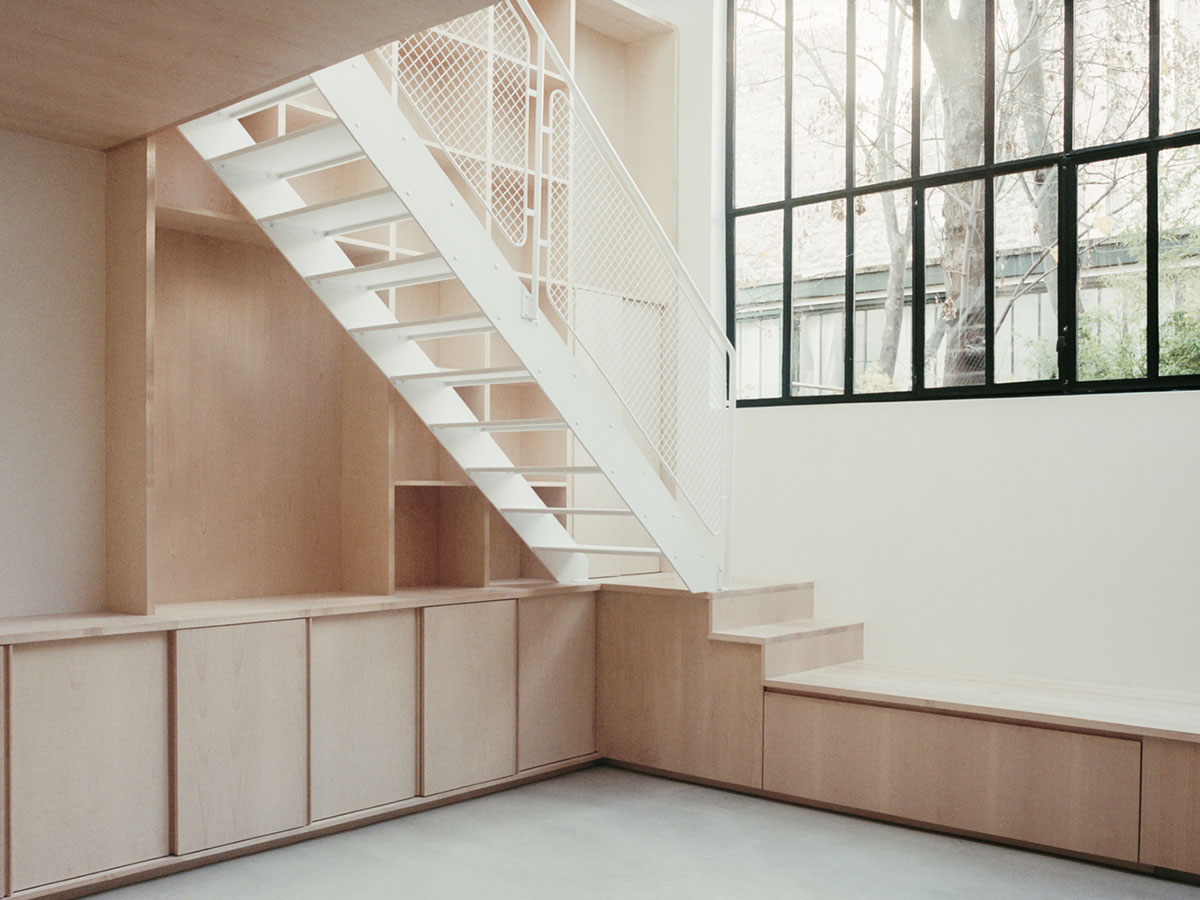 Atelier NEA explained that there were few original features that were maintaining the main qualities of this space; a very large steel window fixture overlooking a private terrace, an old maple tree, a double-height space filled with natural light, and a skylight. 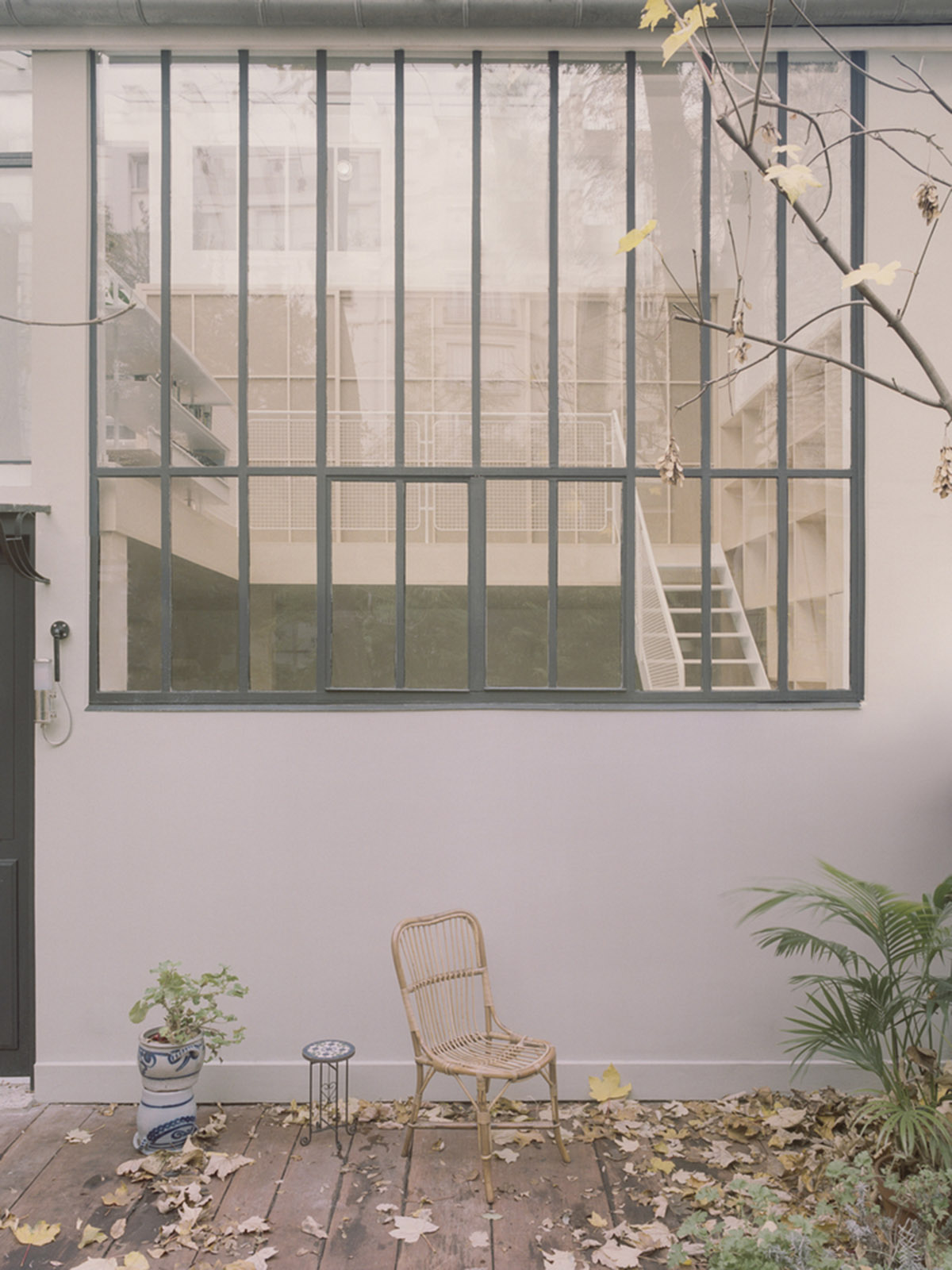 Jean Moulin Atelier - House emerged as a result of a beautiful collaboration with the owners while taking into consideration every single object and piece of art they owned, as the studio highlighted in its project description.

In design, the architect mainly focused on adaptability and functionality which included almost two dozens of custom-made sycamore maple and steel built-in units. 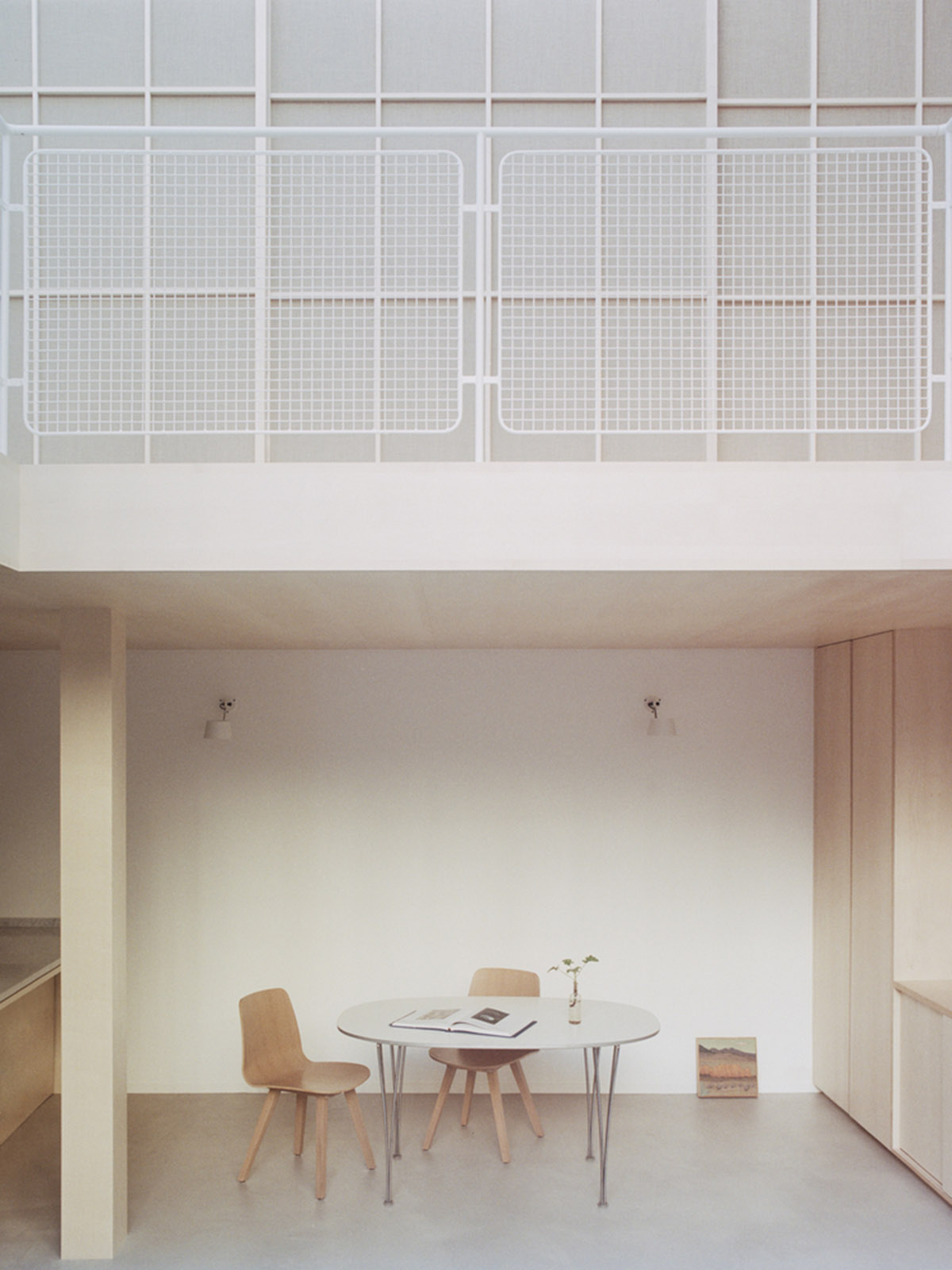 The project preserved the studio's original typology but the new plans enhanced the layout by a total revolution of the two staircases' positions.

The staircases have been moved from the back of the house to the up front, towards the mezzanine double-height space creating a permanent dialogue with the outdoors. 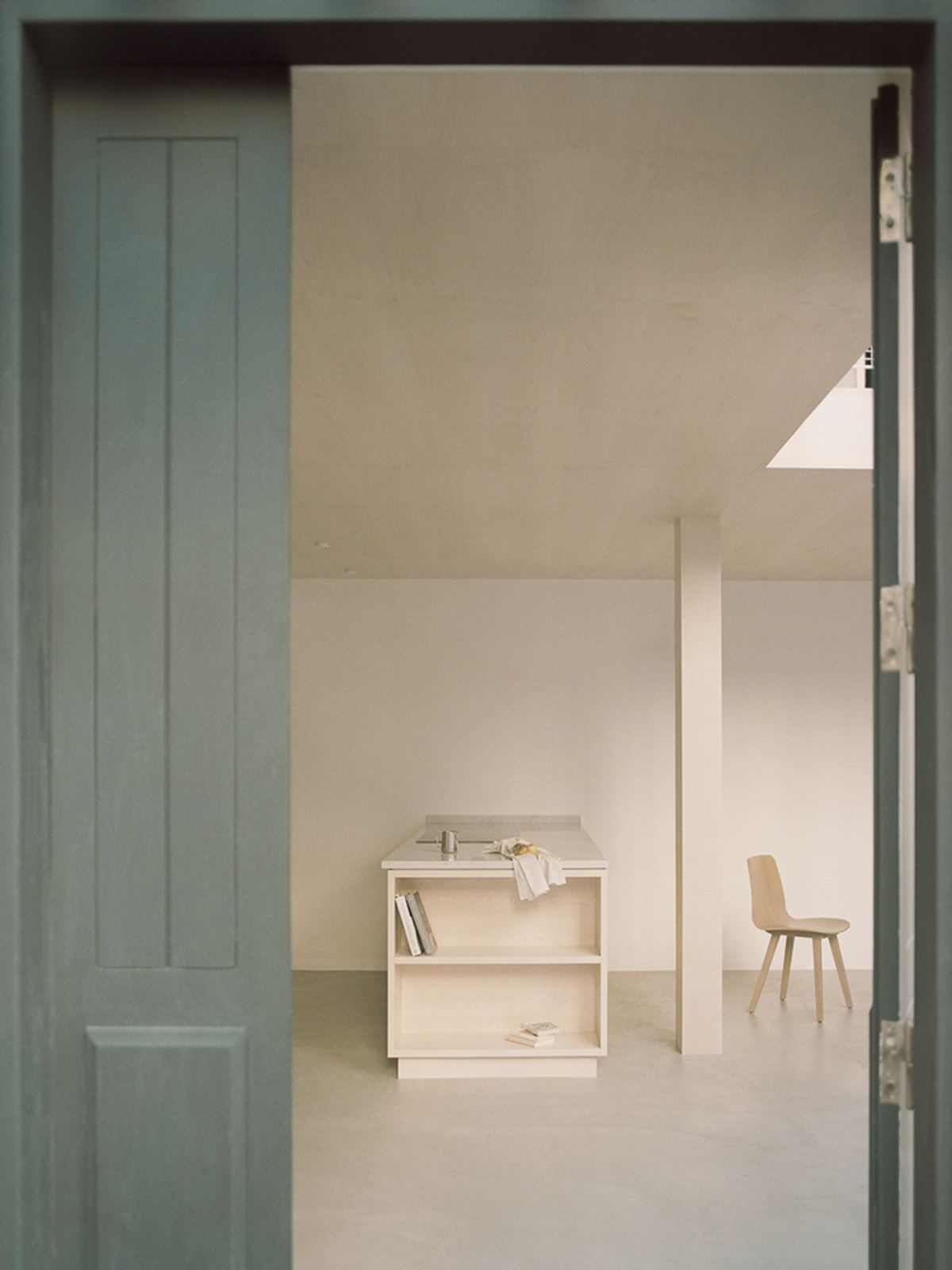 The studio separated private and shared spaces, but they were designed as flexible and adaptable. The ground floor was designed as an open-plan where the kitchen is located, the kitchen supports living without internal hierarchy.

"It can be used for multiple uses - as an artist studio area or as a living room," said Atelier NEA. 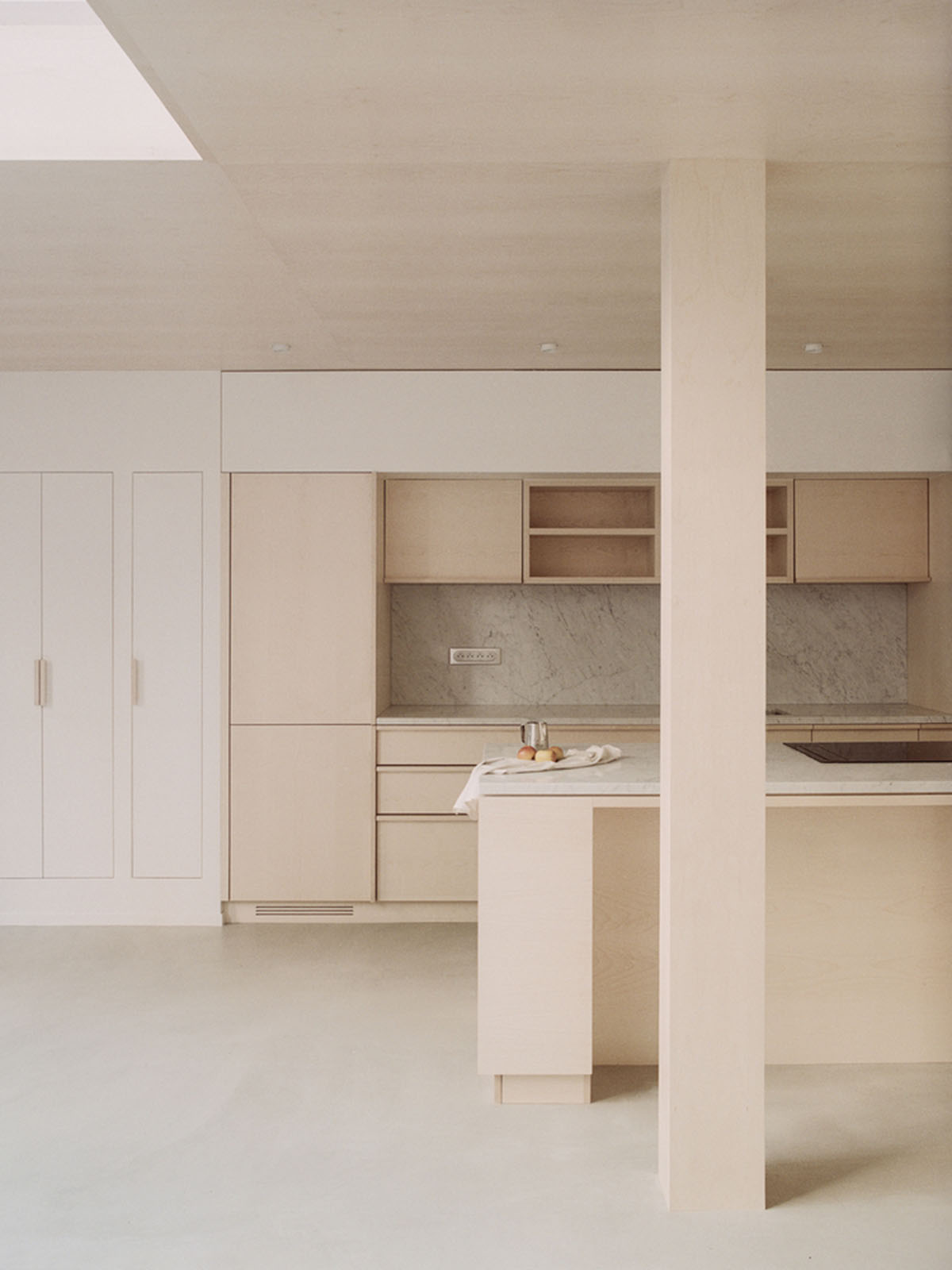 As users climb up the house, they start to see upper floors where private rooms are placed. The two upper floors accommodate two nooks, a bathroom, a laundry space, a walk-in closet, and a study area. 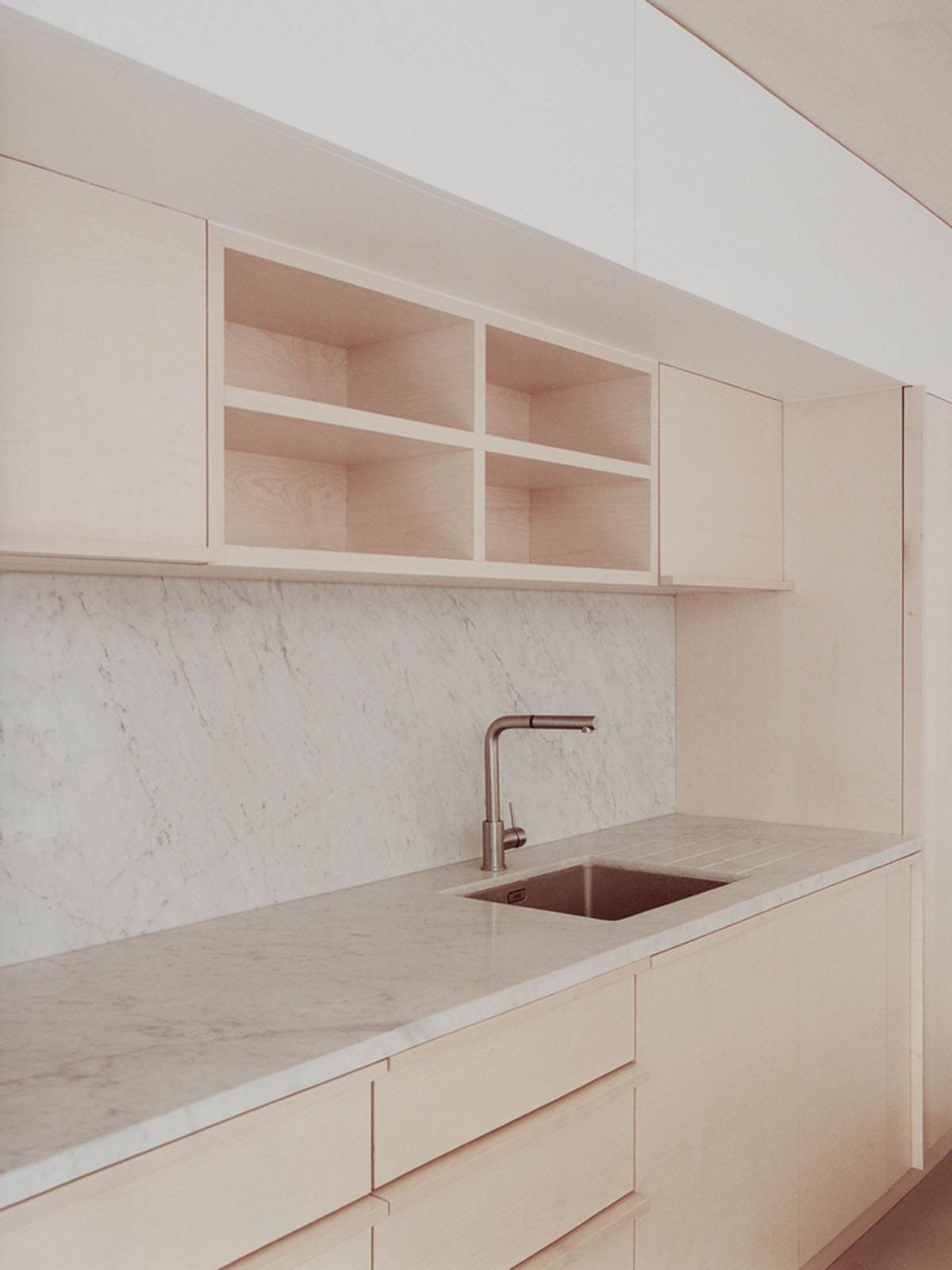 "The scale varies throughout the house," as the studio emphasized. On the mezzanine floor, there is a nook enjoying a lower ceiling for more privacy and closer relation to the human body.

"This nook, combined with a walk-in closet, is dedicated to sleep and relaxation. It can be enclosed by 3 extra-large sliding doors made of solid sycamore wood and natural jute," added the studio. 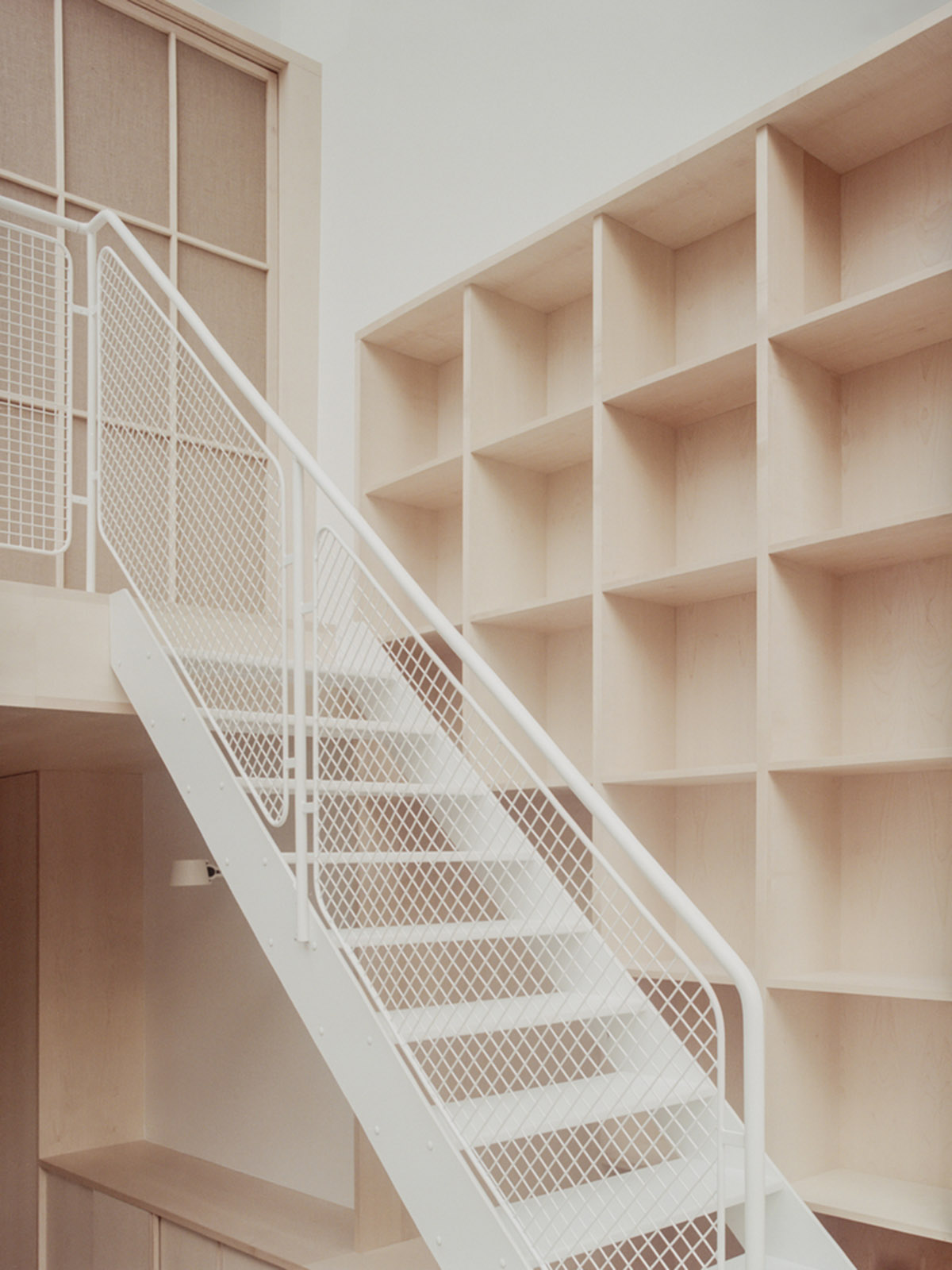 On the other hand, there is an additional nook for guests which is located on the upper floor. "Both nooks are the only areas that can be considered private, creating an enclosure and distancing from the conventional room in a house," continued the studio.

All jute sliding doors are custom-made. They work as visual screens yet they allow penetration of natural light and ventilation throughout the floors. All areas in the house, including the bathroom and the walk-in closet overlook the outdoors. 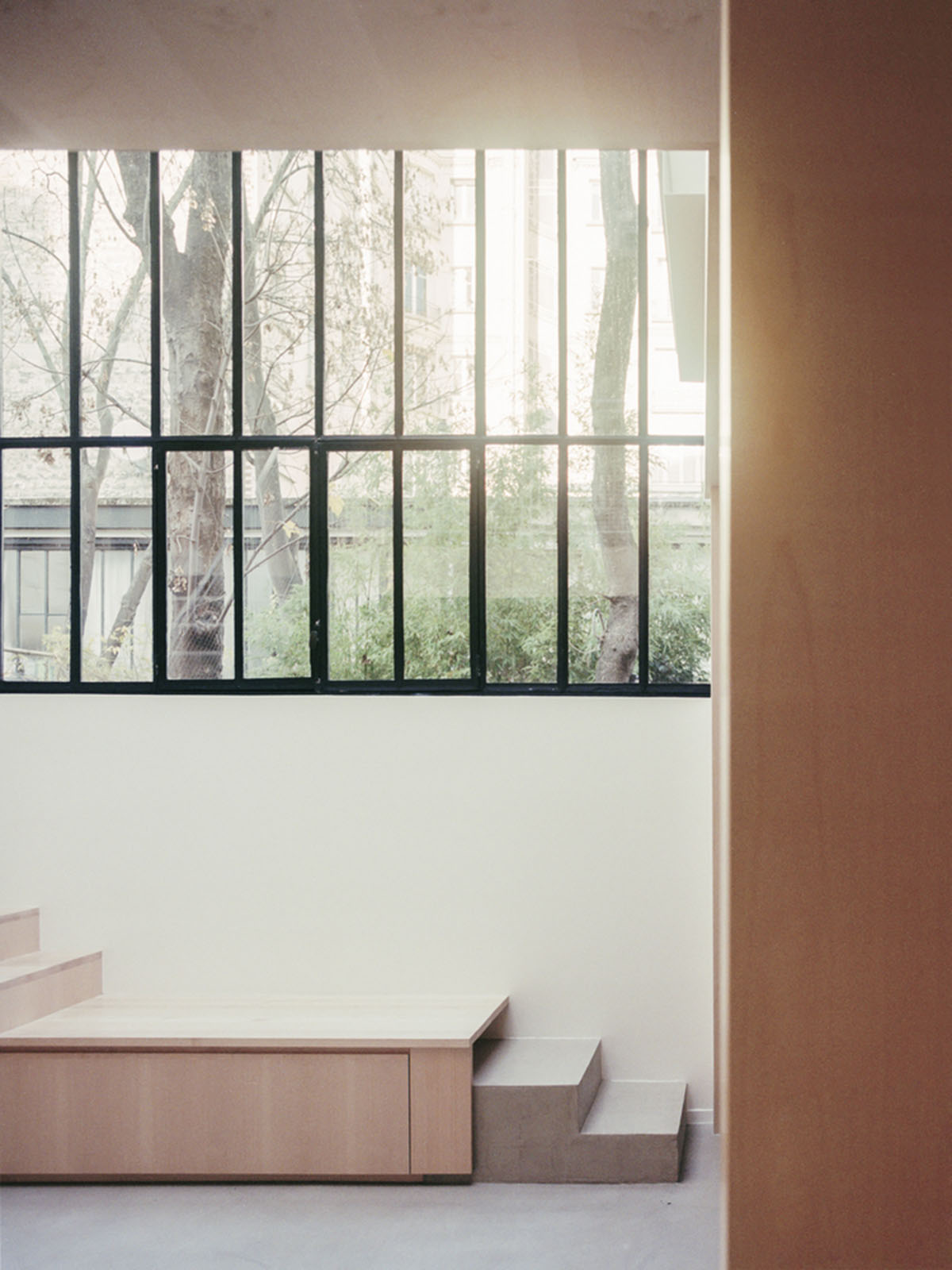 The studio used porous materials; woven jute for the doors and perforated steel sheet in the walk-in closet protect privacy while maintaining the relationship with the outside.

A large interior window that overlooks the entire house was created on the second floor to gain additional natural light. 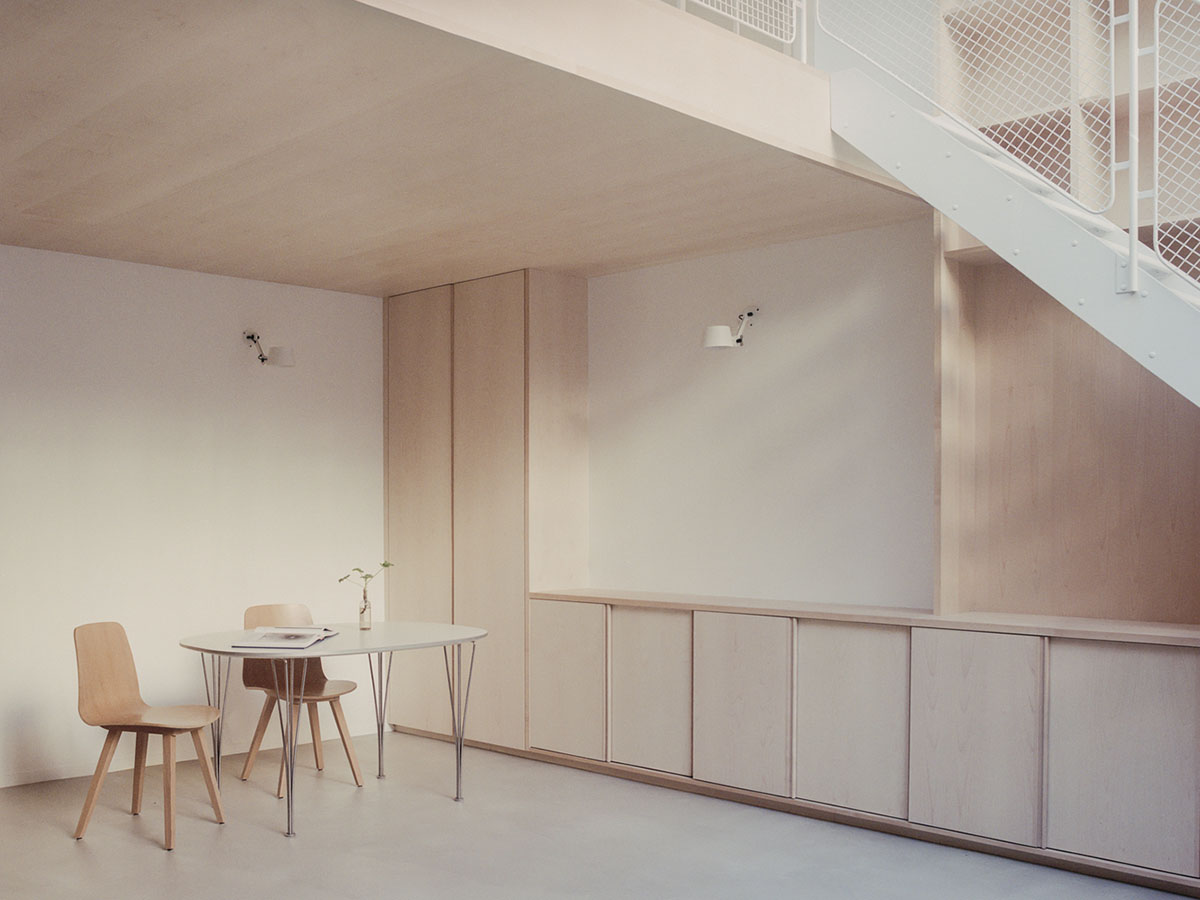 Atelier NEA designed the built-ins in a way to reduce to a minimum the need for extra light furniture in this very compact atelier-house. 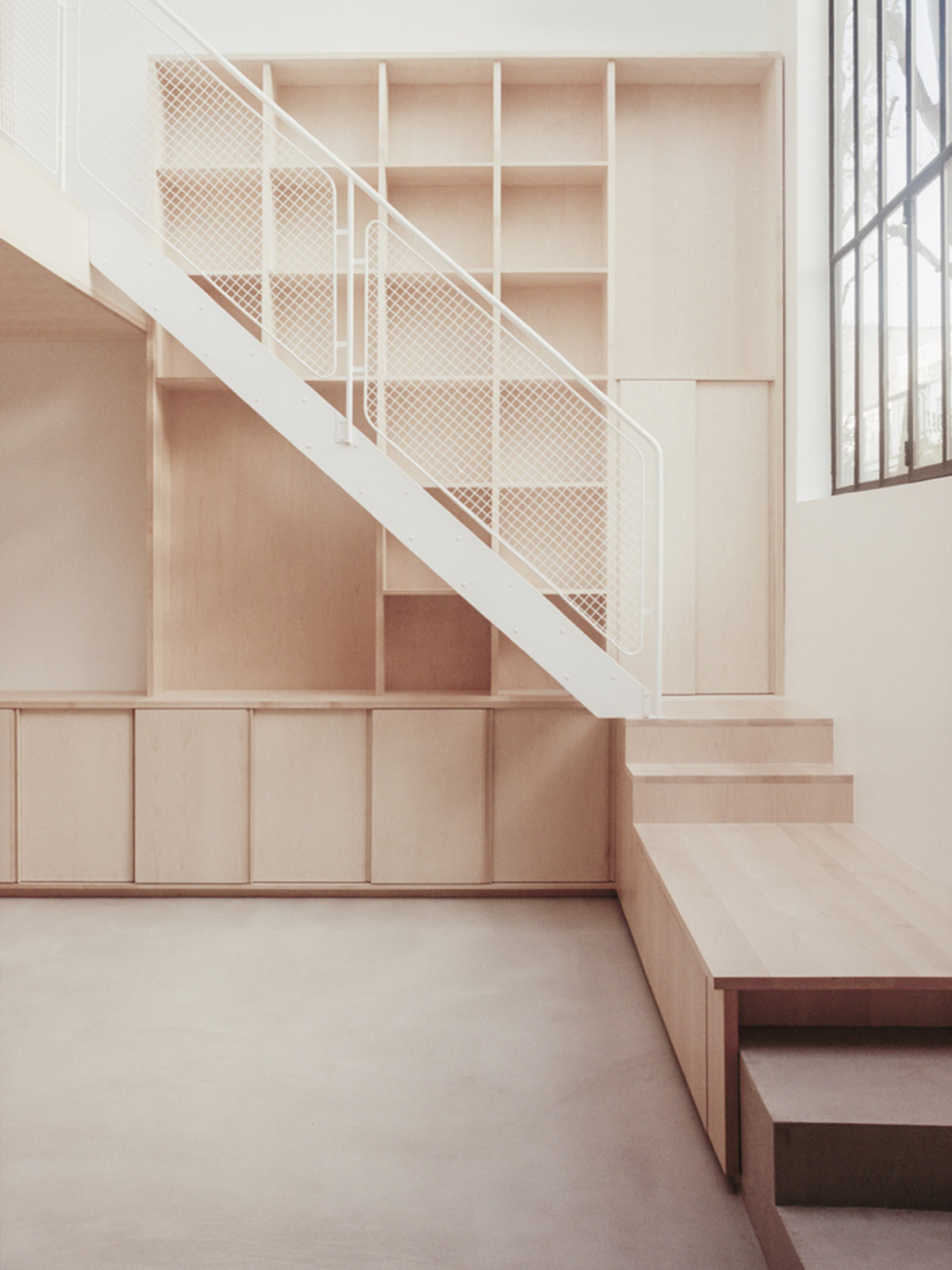 The house becomes personified by the owners' thanks to the minimal intervention translated into the open-plan layout and the selection of raw and light materials. 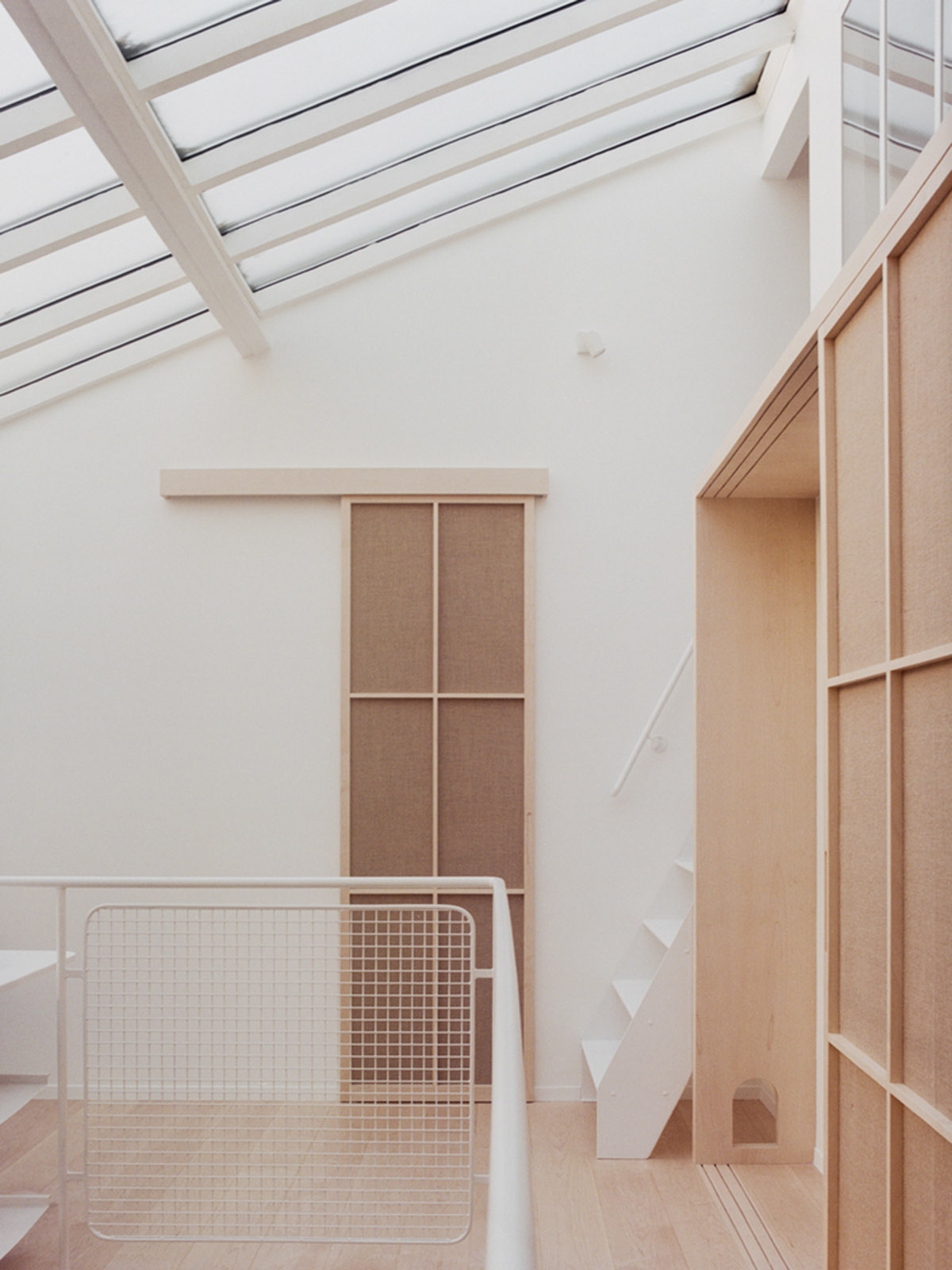 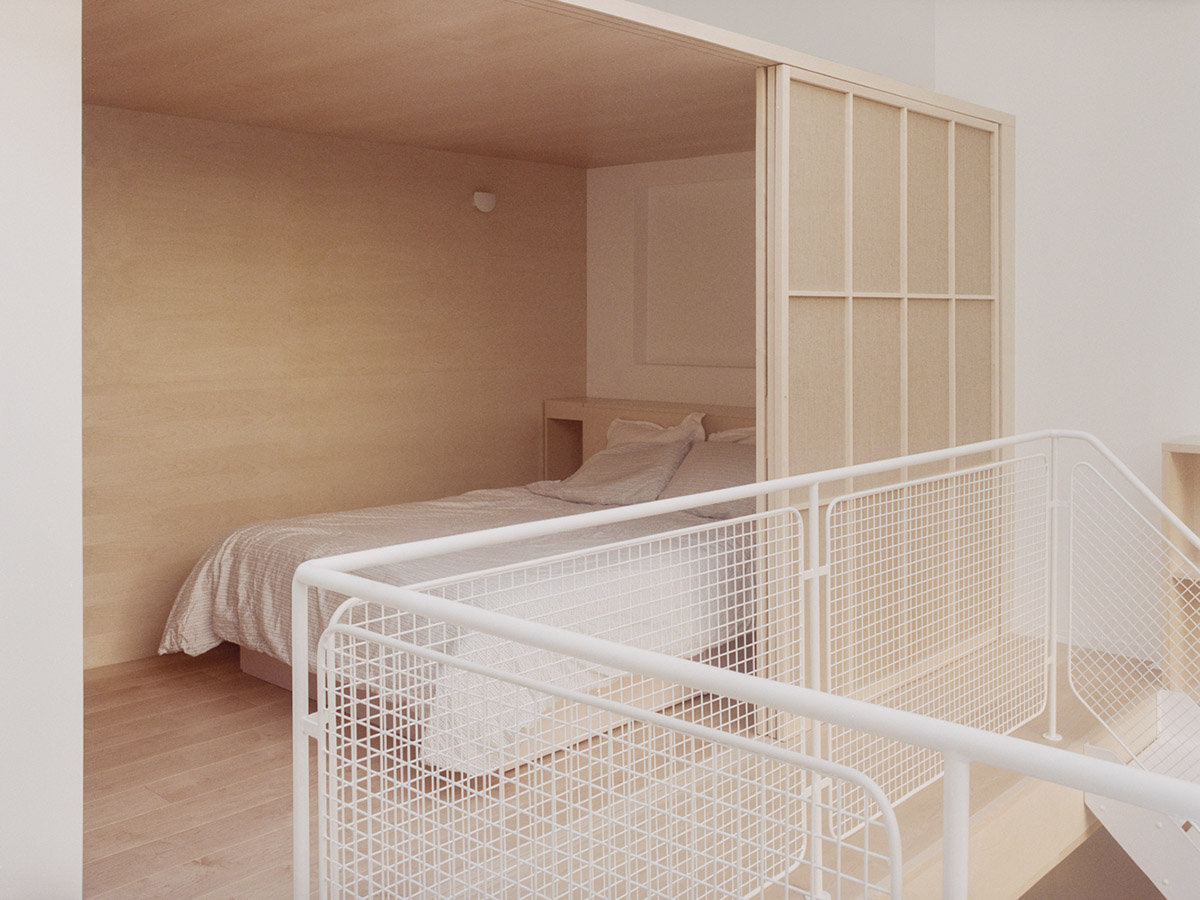 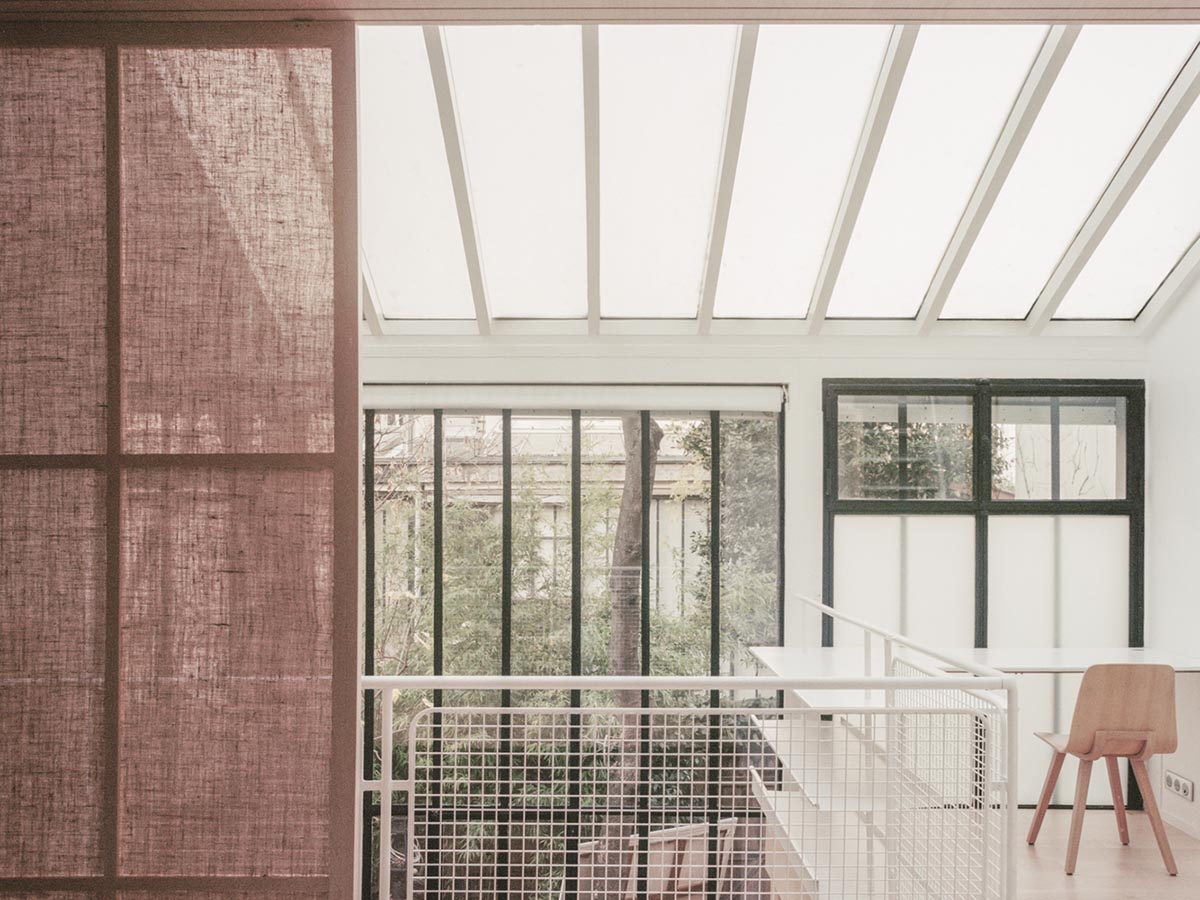 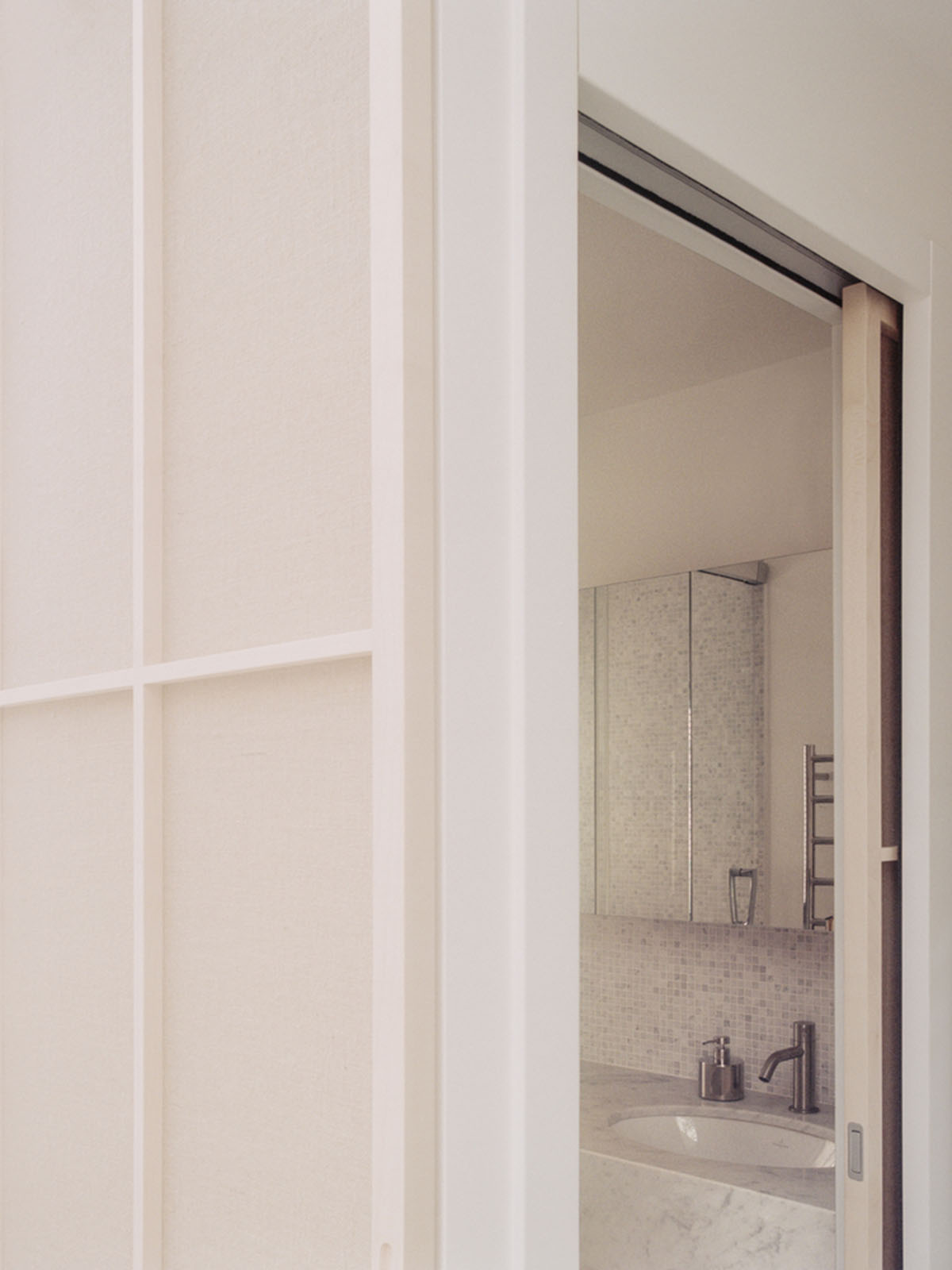 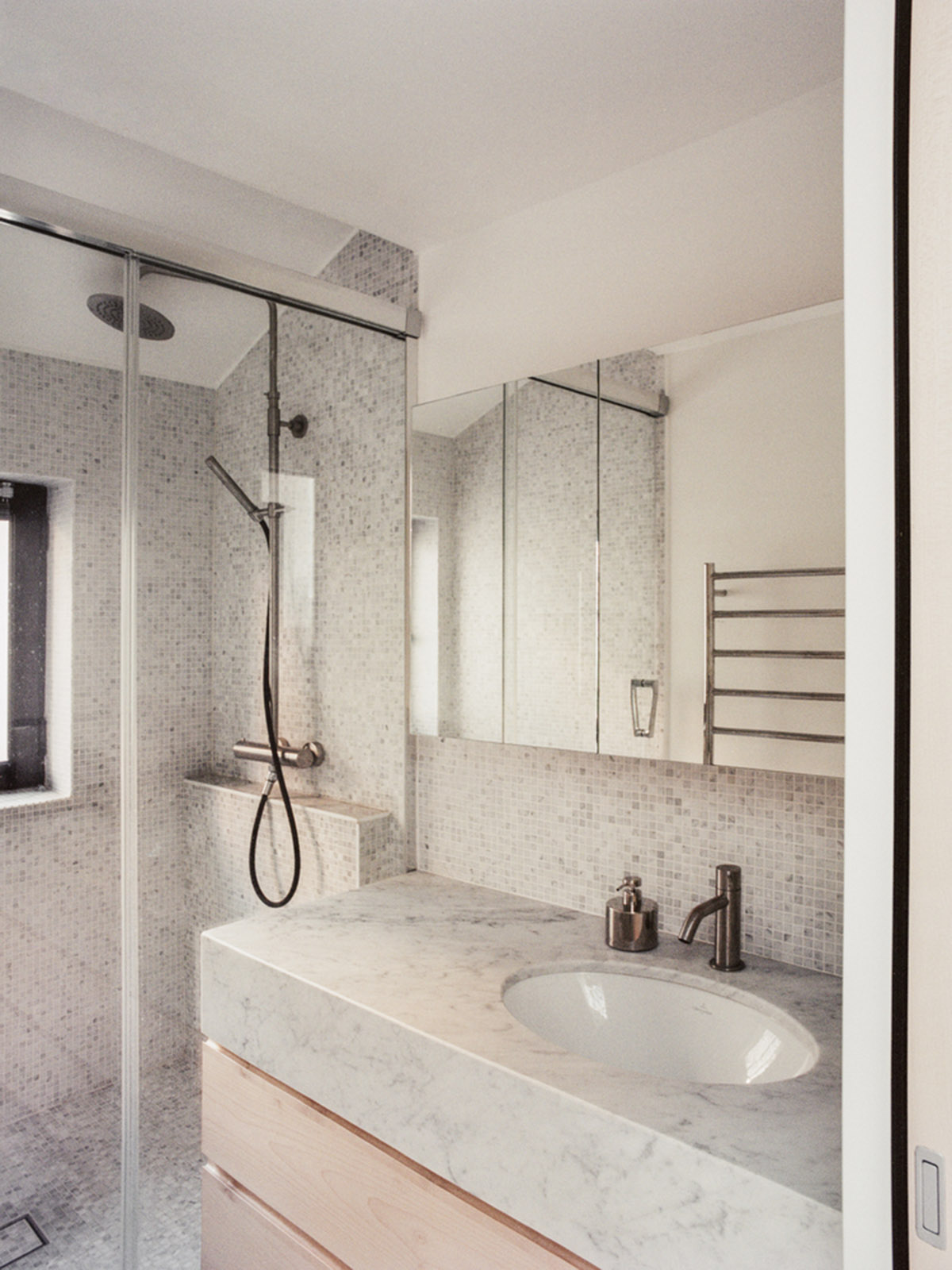 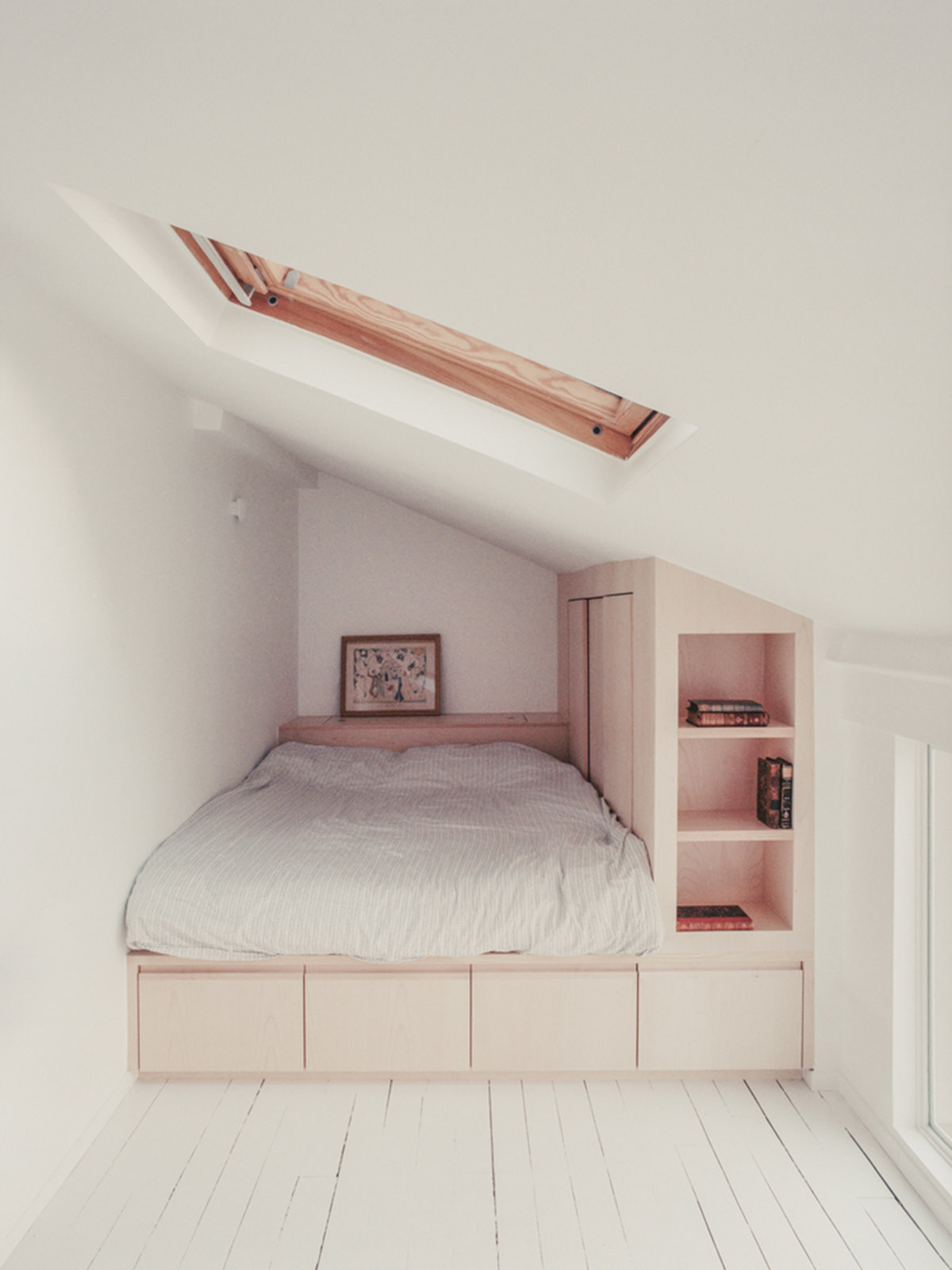 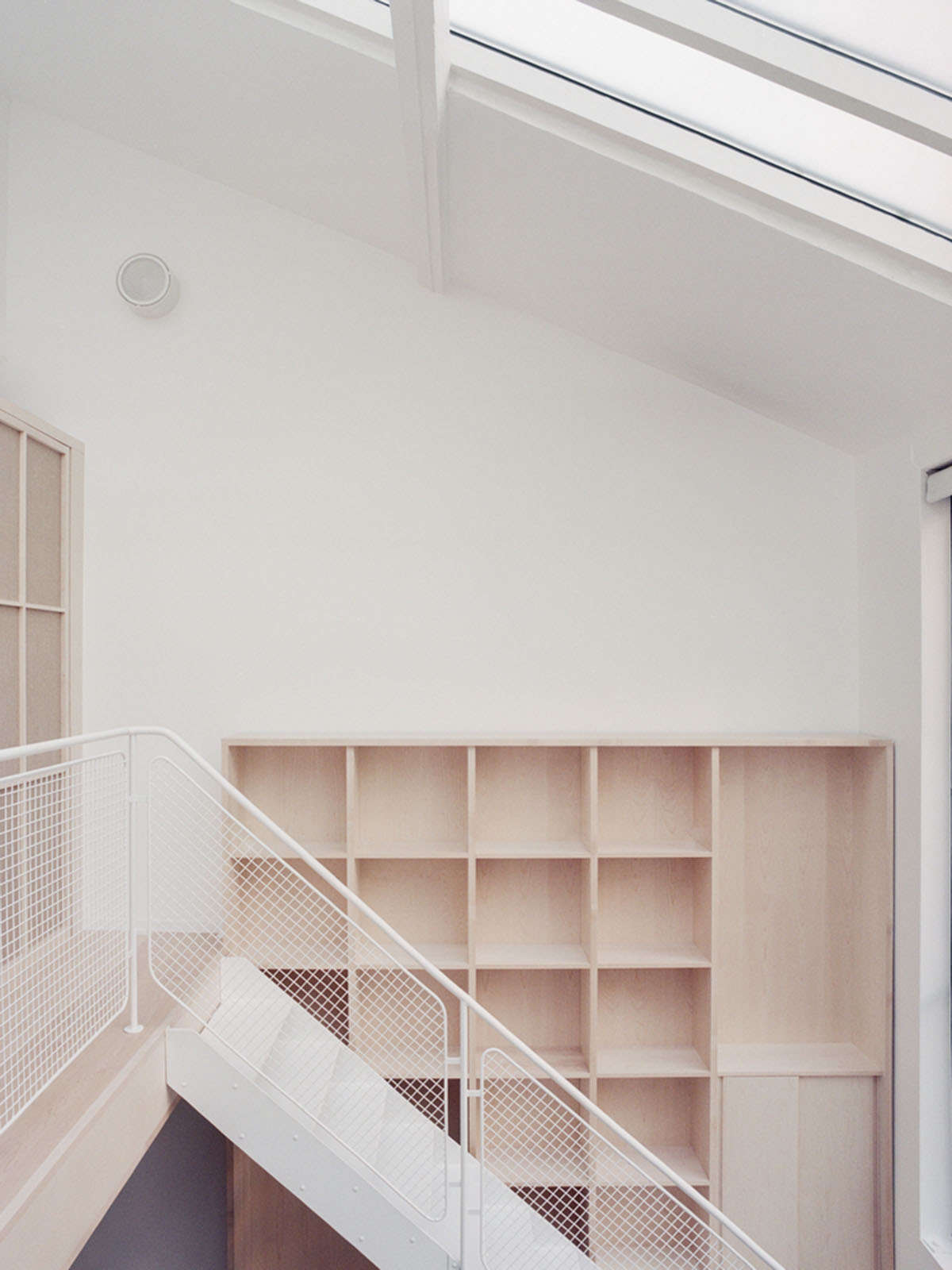 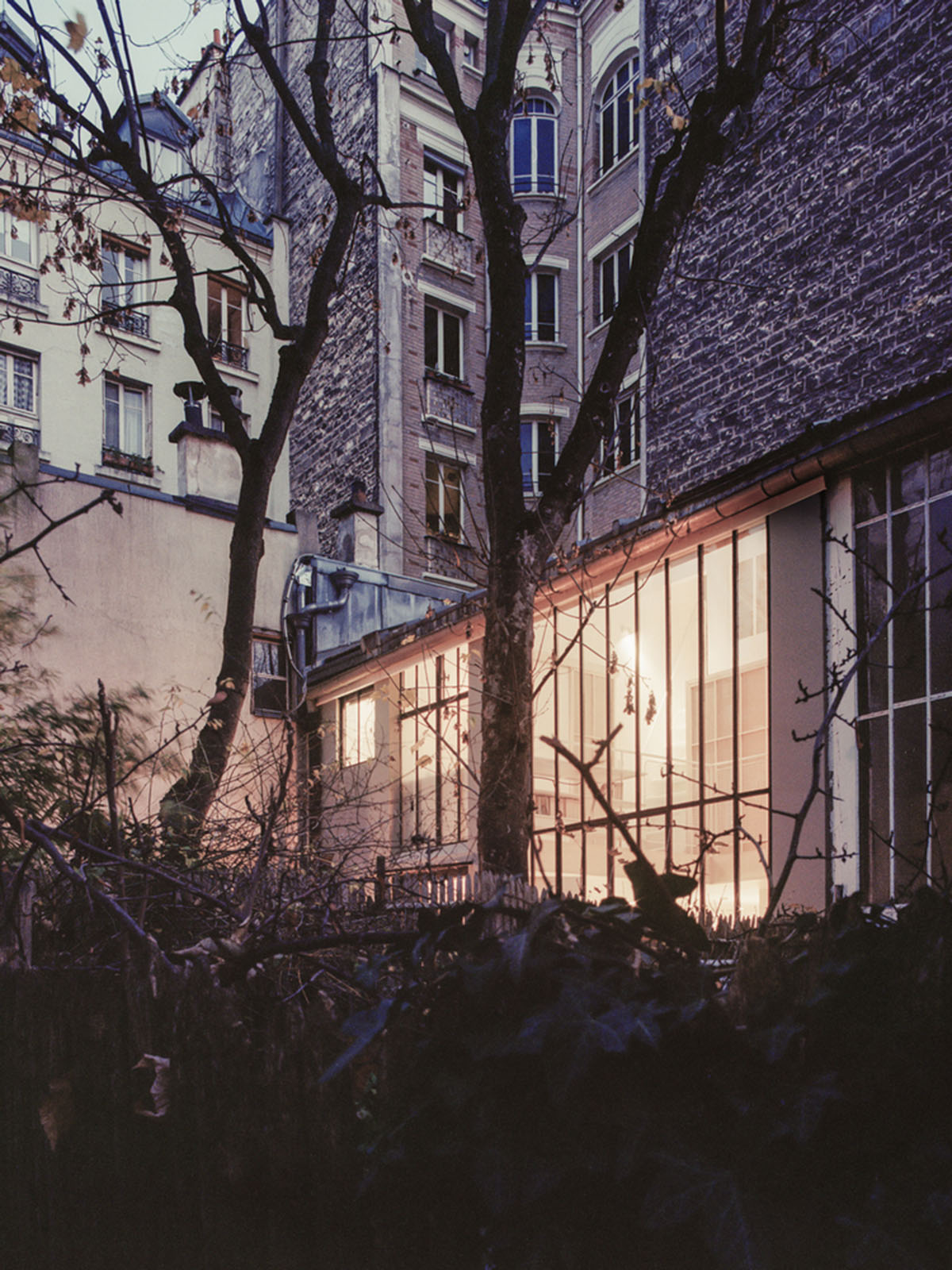 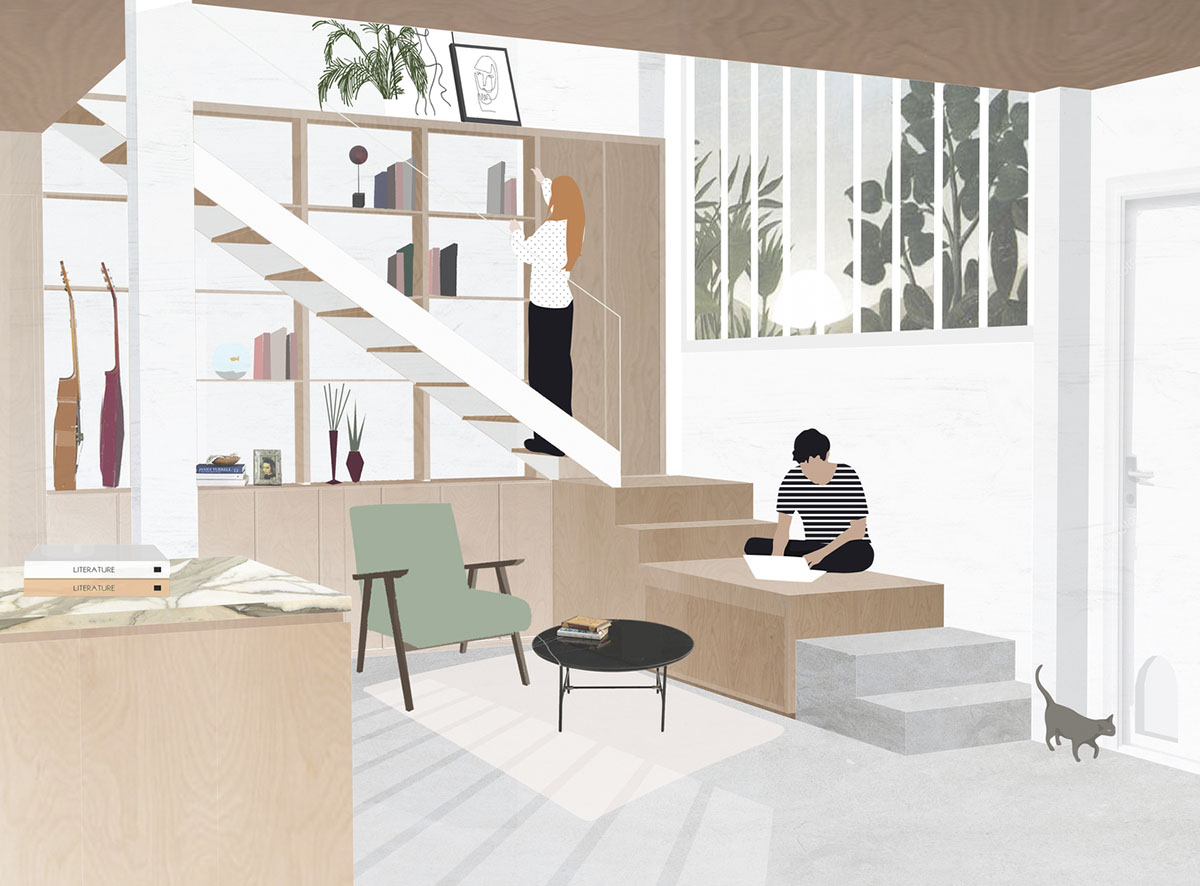 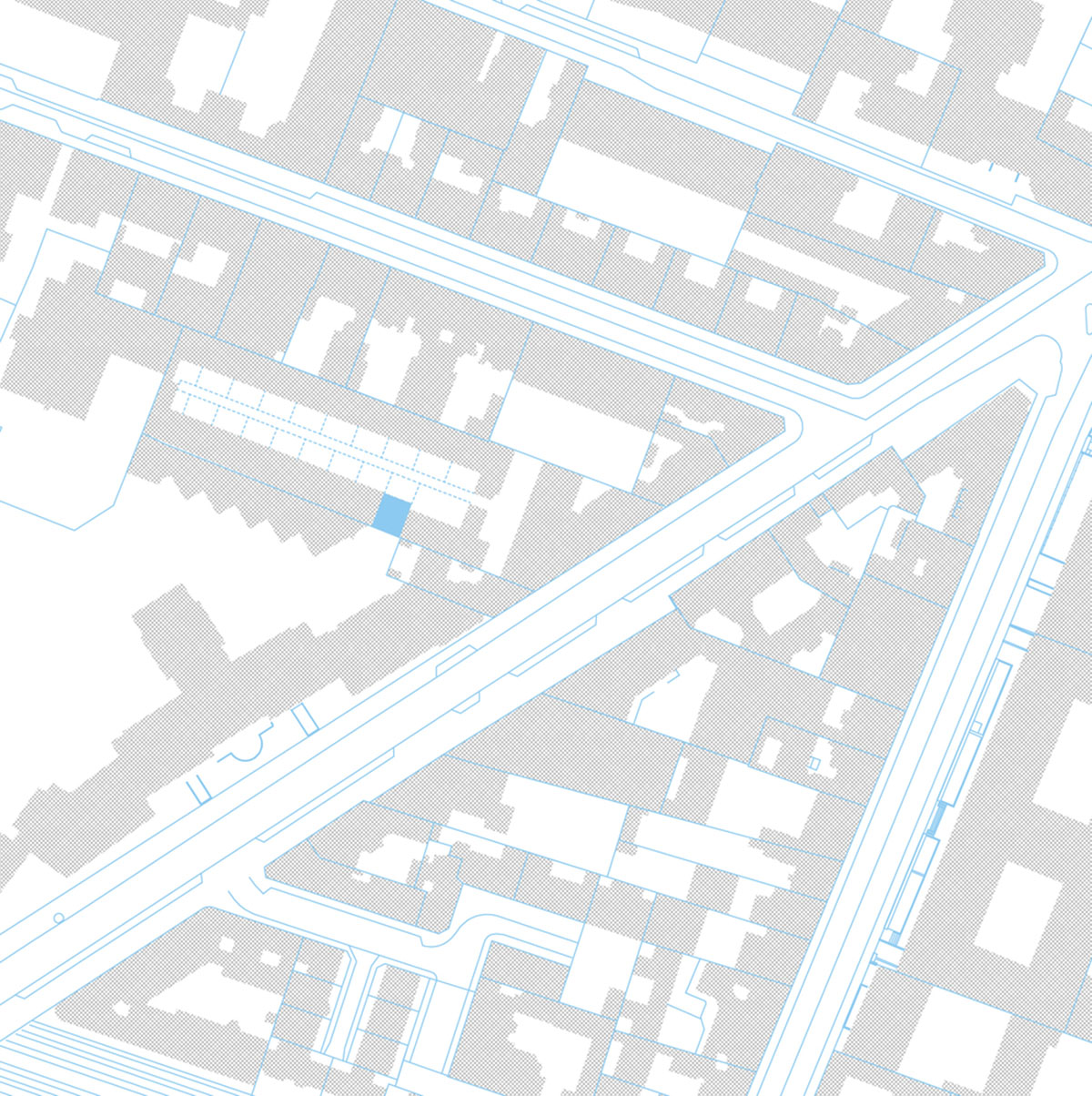 Nathalie Eldan Architecture or Atelier NEA is a Paris based international studio for architecture, research and urban strategies.

The atelier operates on the entire spectrum of architecture from building and urban design to ephemeral interventions, interior design, scenography and research, developing projects with an ethical approach to territory, society and environment.