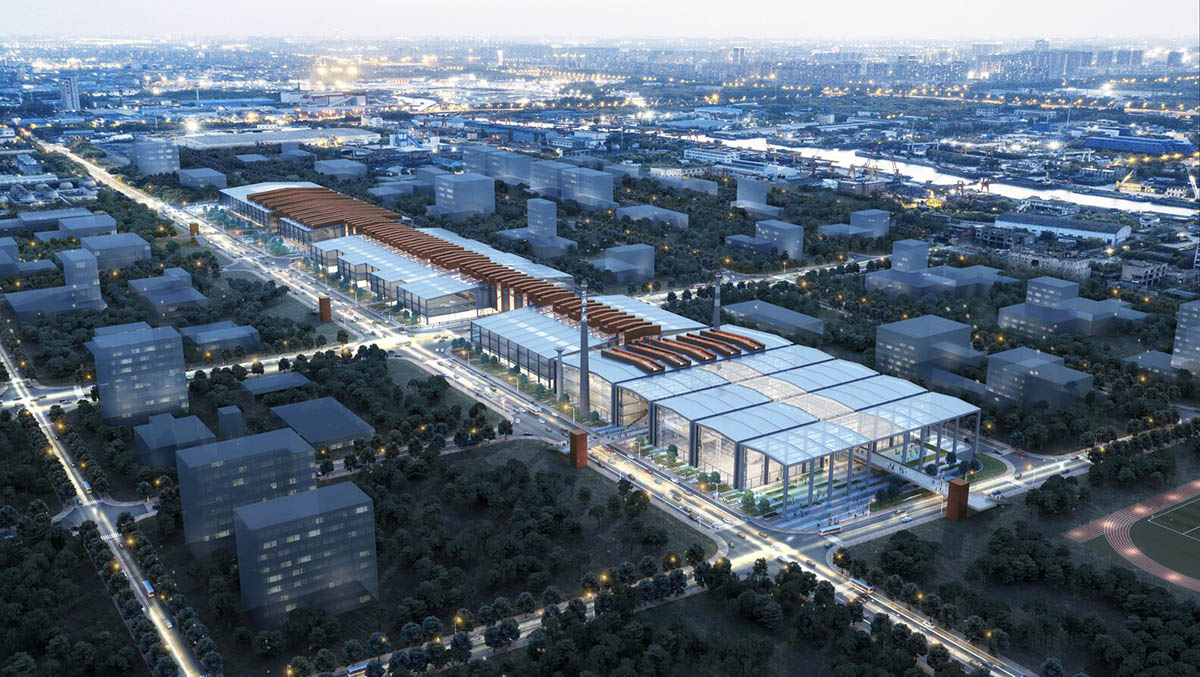 The team of von Gerkan, Marg and Partners Archi­tects (gmp) has won an international competition to convert a disused stainless steel factory into an art academy in Shanghai, China.

The 860-meter-long factory will have its distinctive basic structure, including the characteristic ventilation towers on the roof, that would accommodate the Shanghai Academy of Fine Arts.

The Baowu Stainless Steel factory is located in the Wusong industrial area, the factory started operations in 1986 and, for 30 years, played an important part in China’s steel production. The project is being developed as part of a larger redevelopment plan transforming old industrial site into an art district. 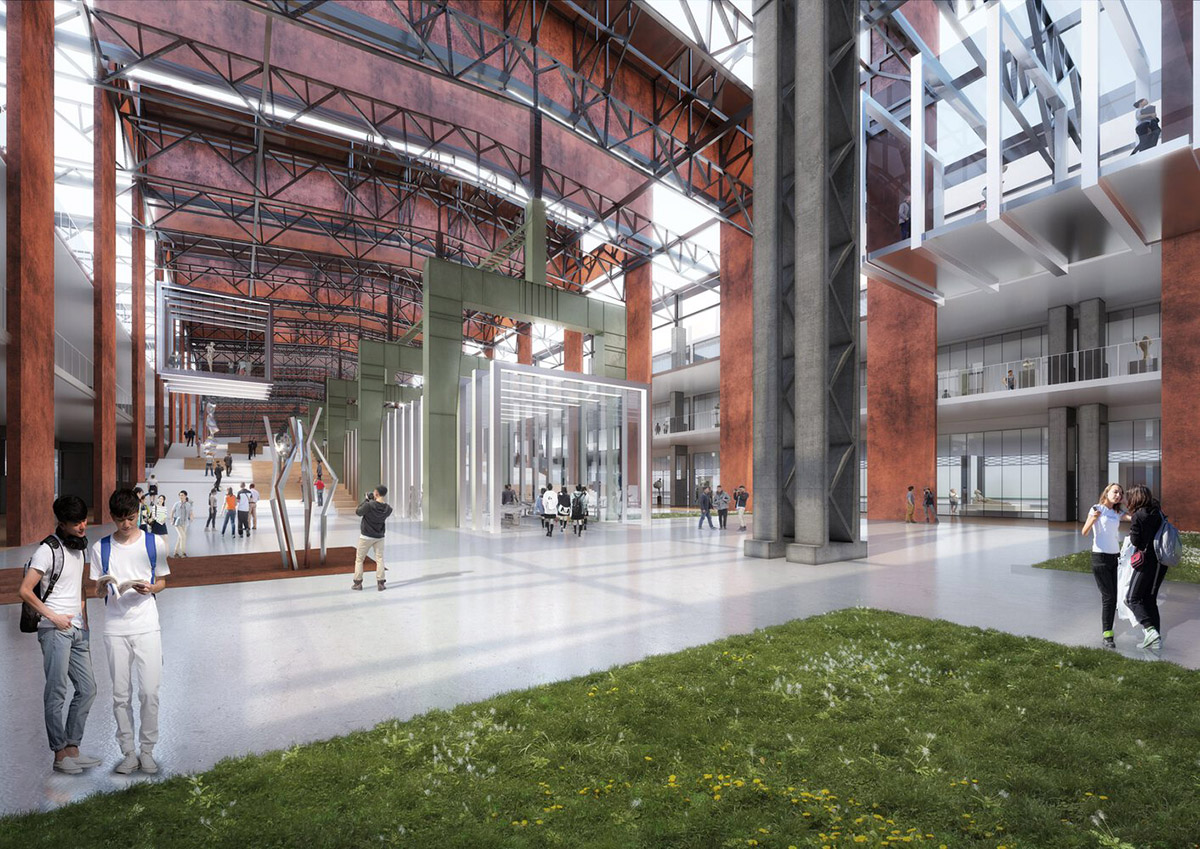 Having been vacated in 2016, the monumental building has been designated for conversion into the main location of the Shanghai Academy of Fine Arts, a focal point of the art quarter that is currently being created on the site of the former industrial estate.

The art academy, which is part of Shanghai University, is one of the country’s key institutions for the study of art and for international art exchange.

"In China, too, the revitalization of existing buildings is becoming increasingly popular," said gmp. 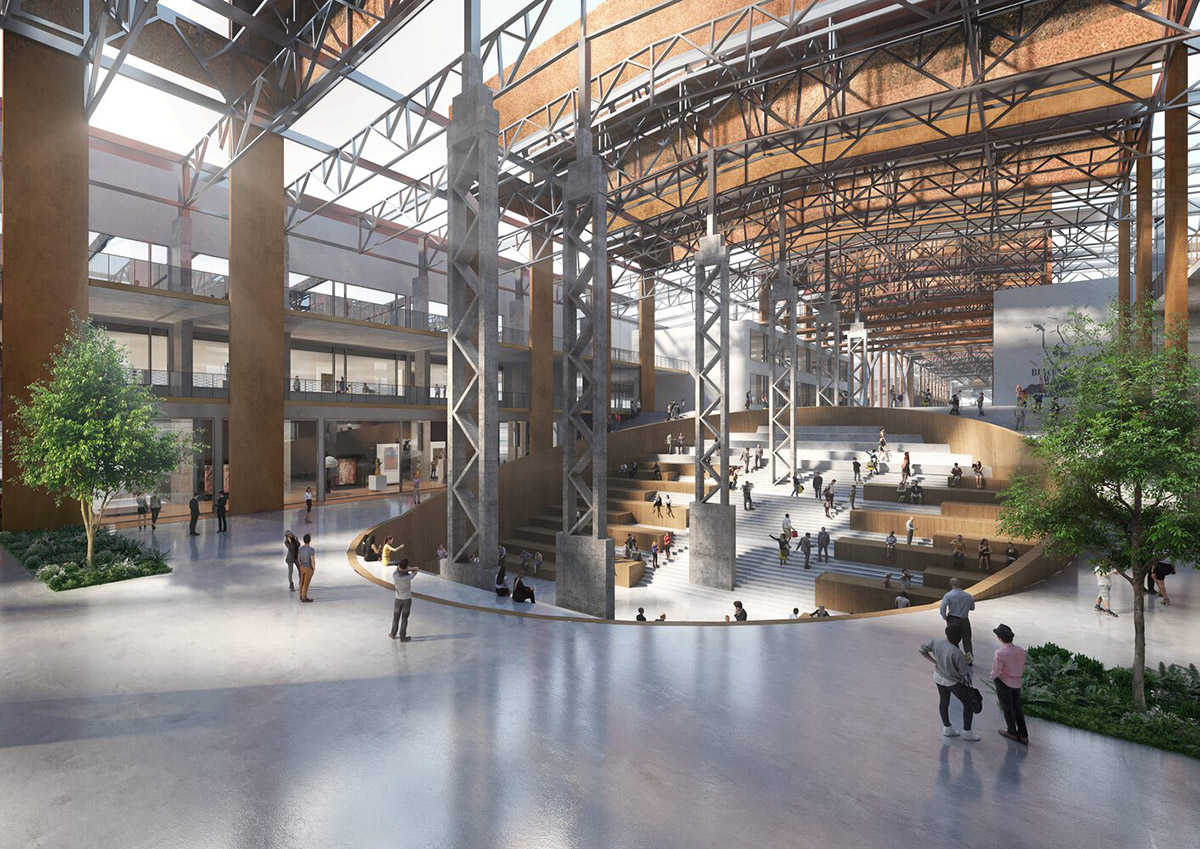 gmp's new project is currently one of the most important reuse projects in an urban context. The firm will preserve the basic structure of the industrial building, while using corten steel frames that will frame an access corridor in the core of the building - running from east to west along the central axis for the entire length of the 860-meter-long building.

The corridor will double up as an exhibition area and will generally be a place where students, teachers and campus visitors can meet. 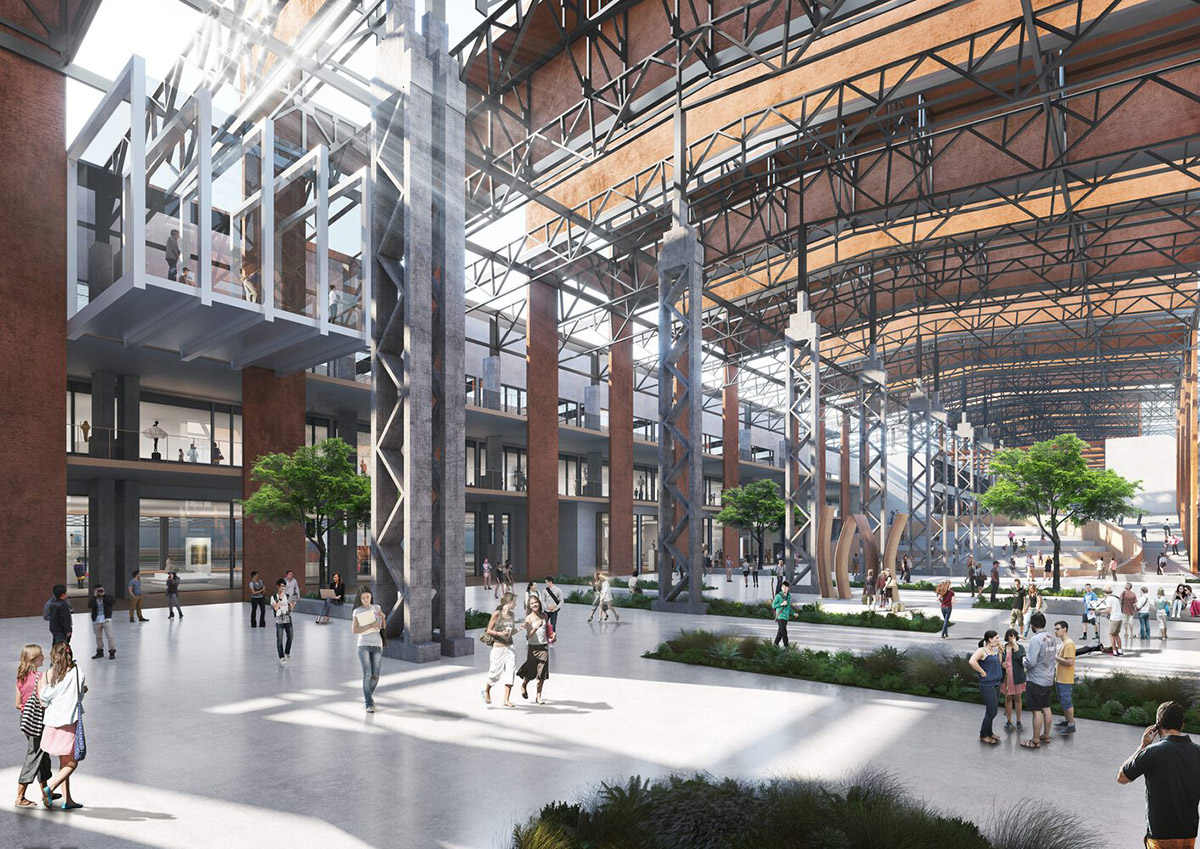 There are five points where the axis can be crossed by north-south traffic: three pedestrian intersections and two cross-over points for motorized traffic. At these points the corridor is built in the form of a bridge.

The distinctive structures on the roof are integrated in the design as space-defining roof lights that give the corridor a certain rhythm along its entire length. 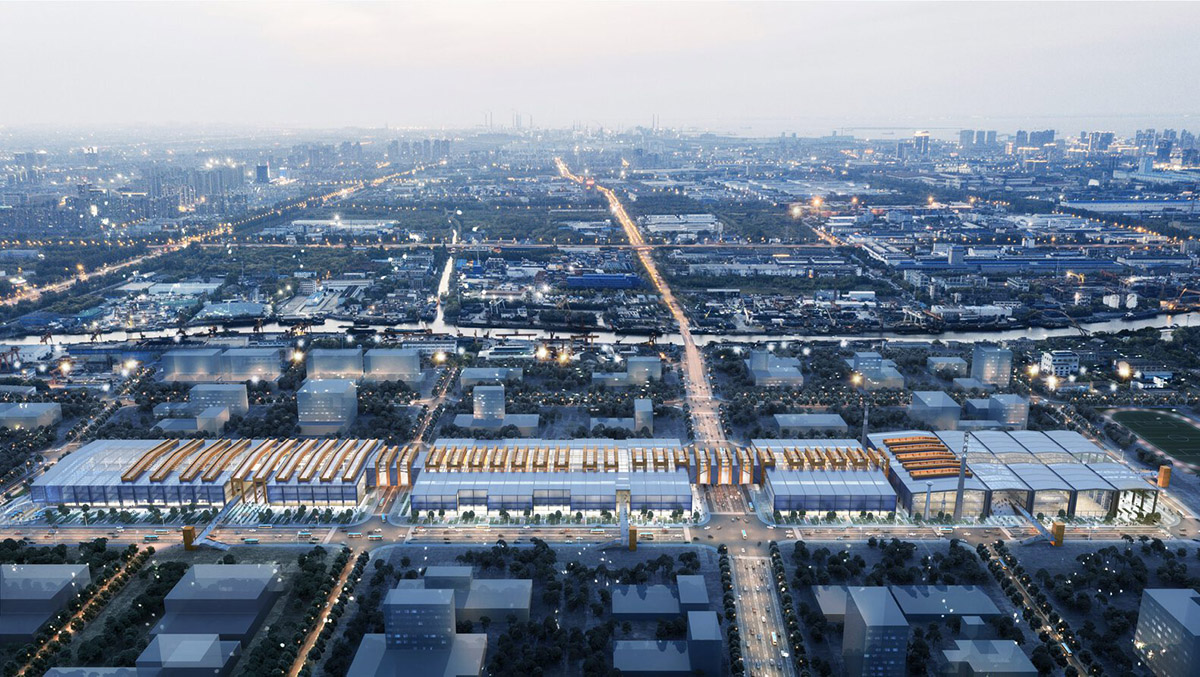 The facades will be opened up and replaced with large glazing panels and metal mesh as a second skin. The design includes important energy-conserving devices for the air conditioning of the building, such as the activation of the existing natural roof ventilation, the new double-skin facade, and floor channels that provide natural cooling to the inlet air. 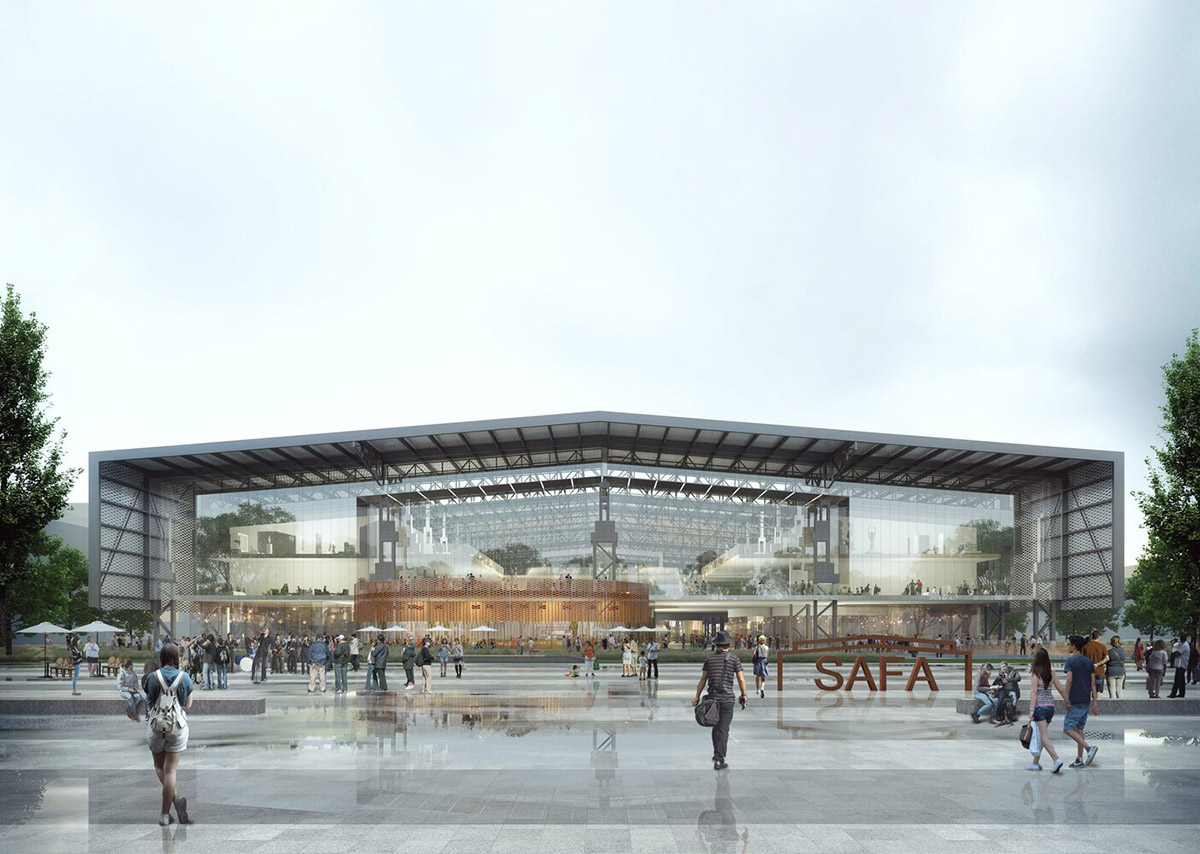 With its approximately 220,000 square meters of gross floor area, the new art academy will include all important teaching facilities as well as studios, a publicly accessible forum with restaurants and retail areas, a library, sports facilities, a museum, and more exhibition areas.

The planned halls of residence on the campus will provide accommodation for the academy’s 600 teaching staff and 4000 students, many of whom will come from abroad. 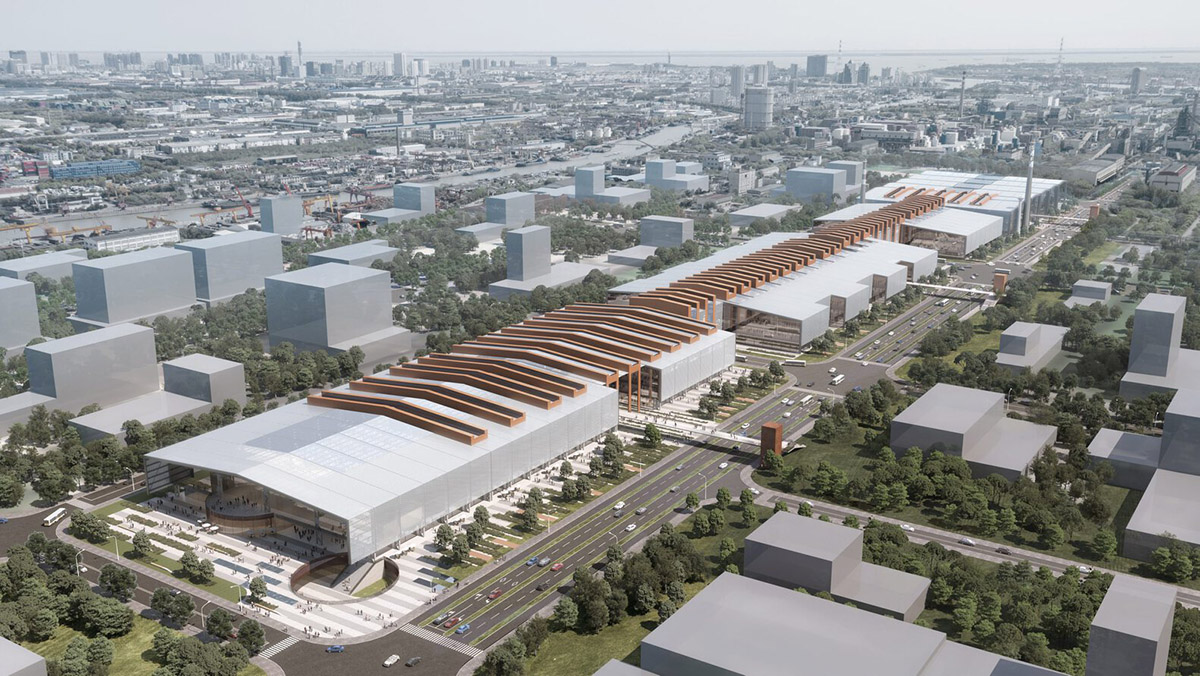 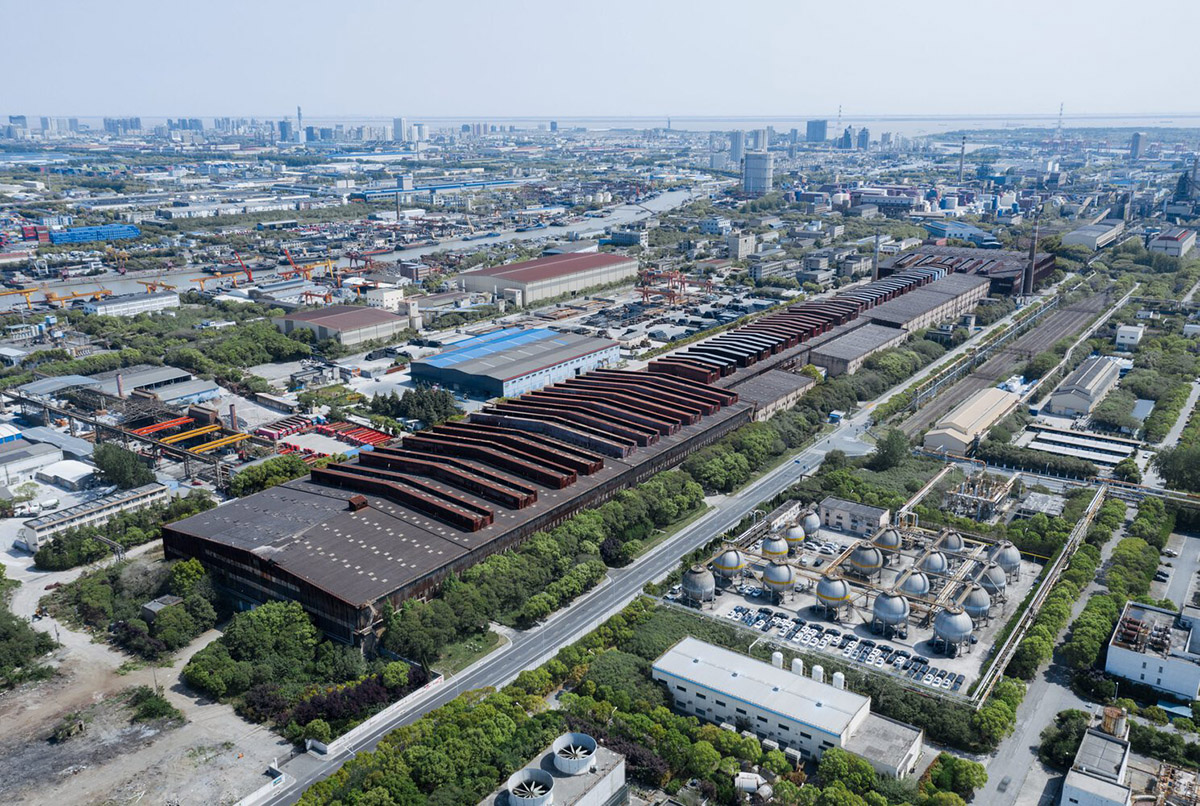 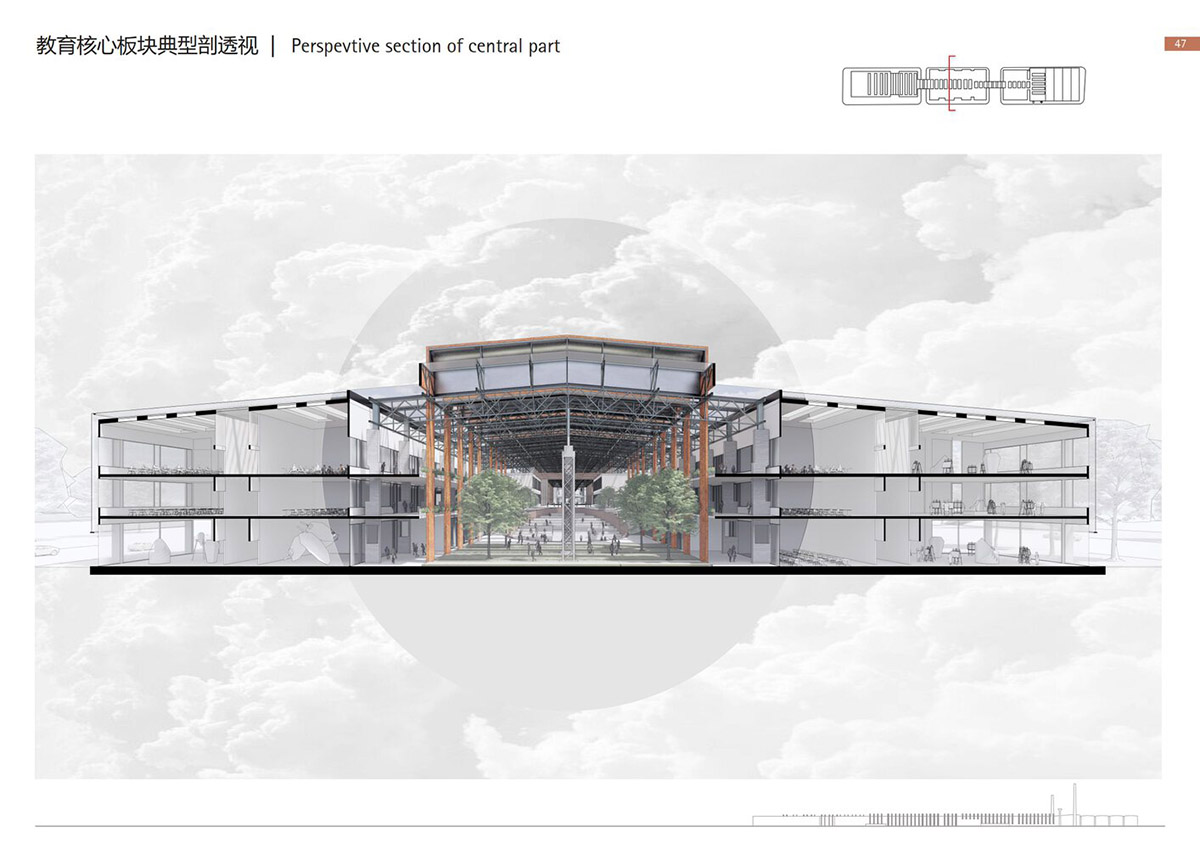