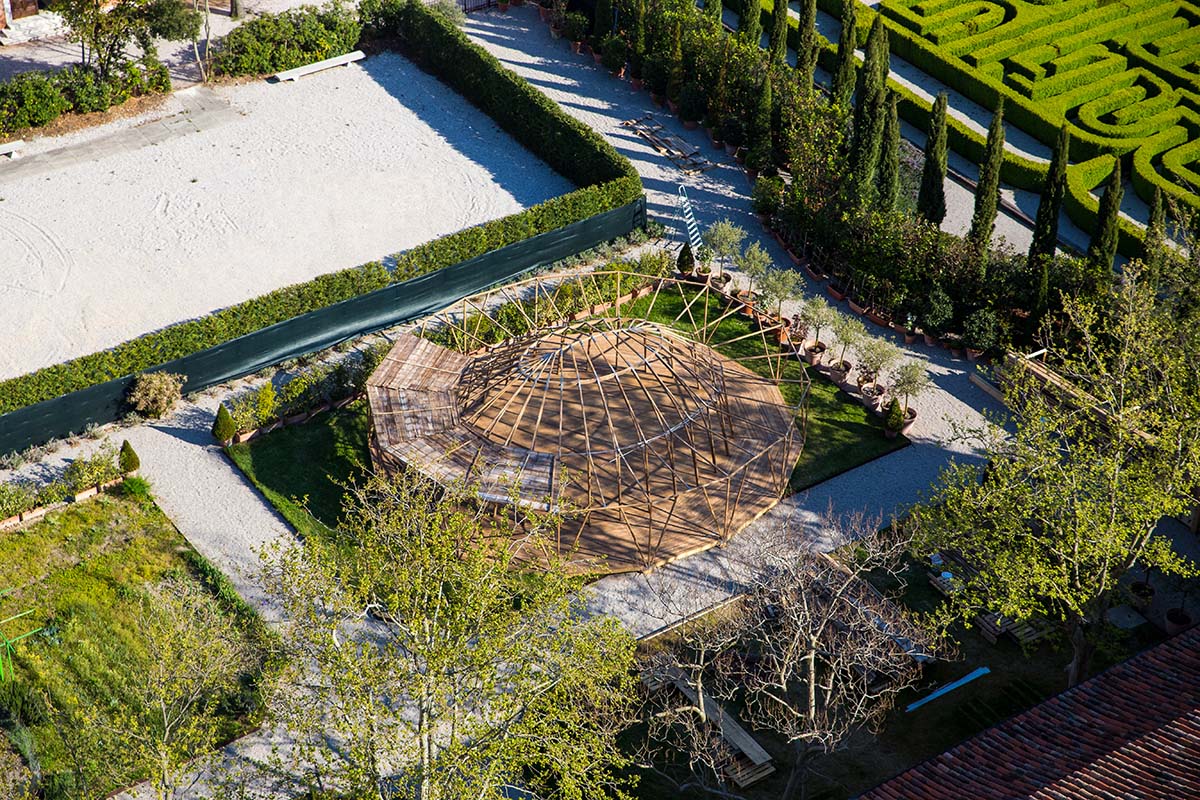 Internationally acclaimed bamboo architects Simón Vélez and Stefana Simic have designed a unique bamboo structure for the 2021 Venice Architecture Biennale which will open to the public on May 22 and will be on view until November 21, 2021.

Named The Majlis, the circular structure has been installed as one of the official Collateral Events that reflect the 2021 Architecture Biennale’s theme of How will we live together? by the curator Hashim Sarkis.

As the team explained, "Majlis" is a word that originated in Pre-Islamic Arabia, meaning “council” or “gathering place.”

"Traditionally, amajlis is a place where people come together to discuss local events and issues, exchange news, socialise, and deepen their connection with each other." 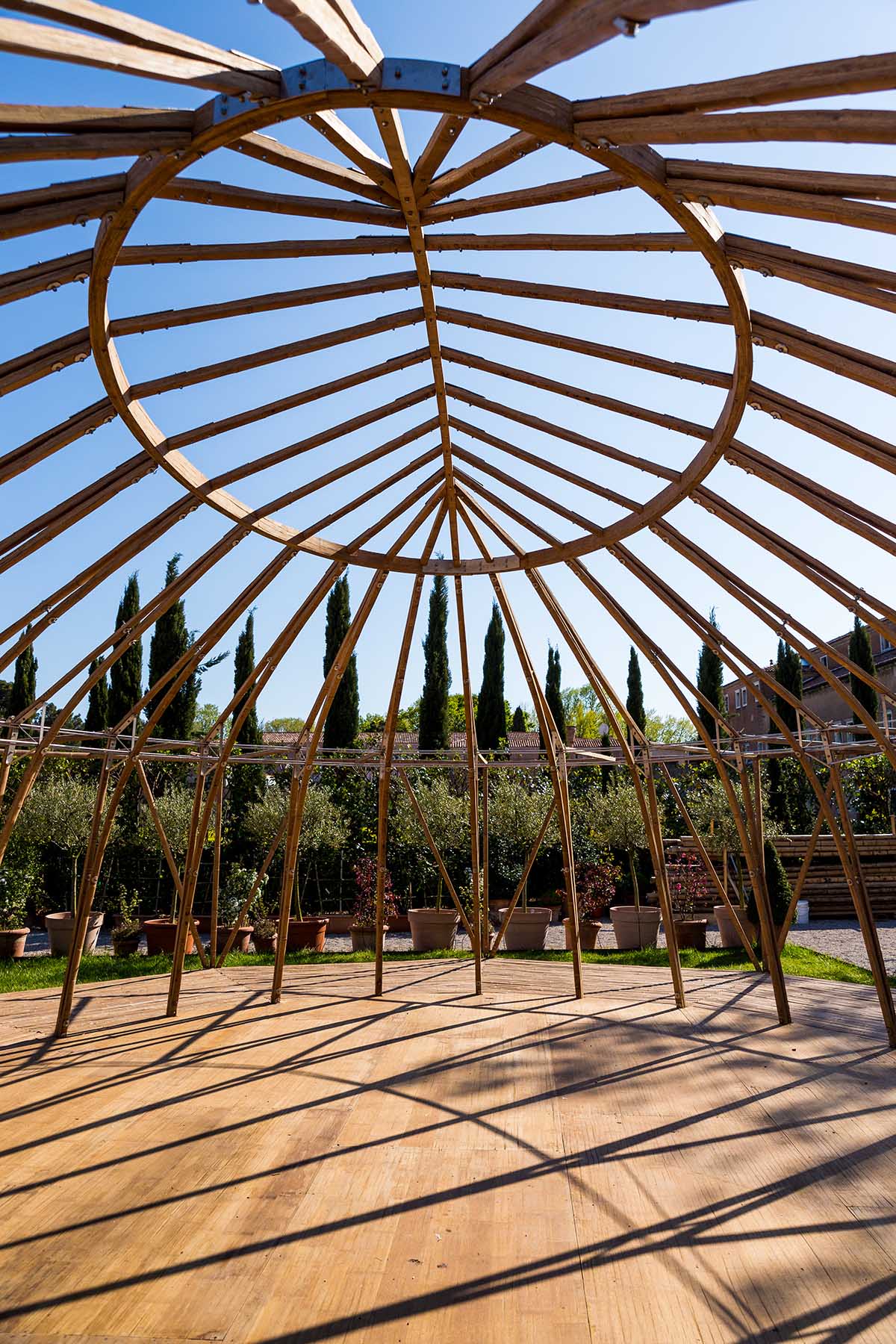 The pavilion-like rounded structure is situated in a wildflower garden at the Abbazia of San Giorgio Maggiore in Venice, its landscape was designed by celebrated landscape architect Todd Longstaffe-Gowan, with plants from East and West. Once the Biennale is over, the garden will stay at the Abbazia as a gift to Venice.

Inspired by nomadic architecture, the structure is wrapped in textiles handwoven in the Atlas Mountains of Morocco by a women’s collective from Ain Leuh, and the Boujad Tribe of Morocco. 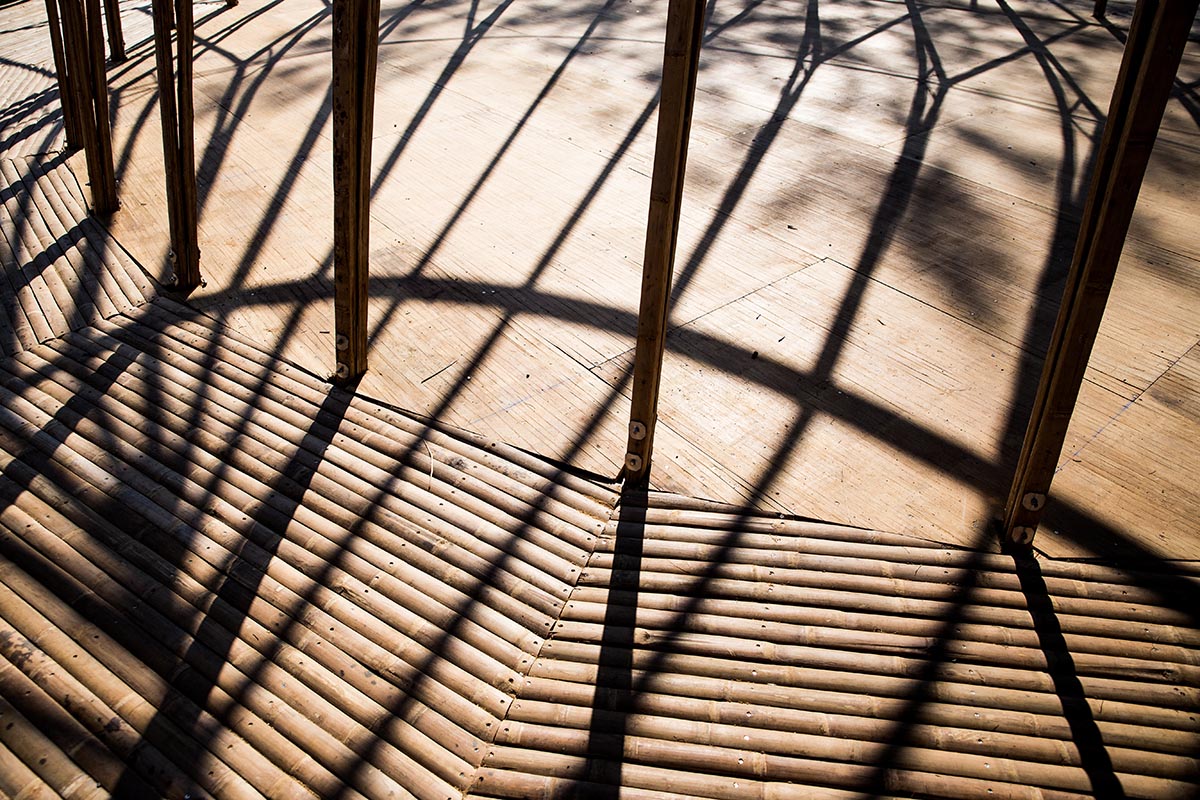 Commissioned by the Caravane Earth Foundation, the Majlis is curated by Dr Thierry Morel, who is currently Director and Curator-at-Large to the Hermitage Museum Foundation (USA), as well as Trustee of the Sir John Soane's Museum in London.

The structure was designed to act as a community meeting place and centre for vernacular architecture and construction skills in Qatar.  Caravane Earth is an international foundation based in the Netherlands and is the sponsor of The Majlis exhibition.

In this sense, the Majlis embodies the values and mission of Caravane Earth Foundation: to champion and preserve craftsmanship and vernacular architecture, the careful sourcing of materials, ethical production, and community. 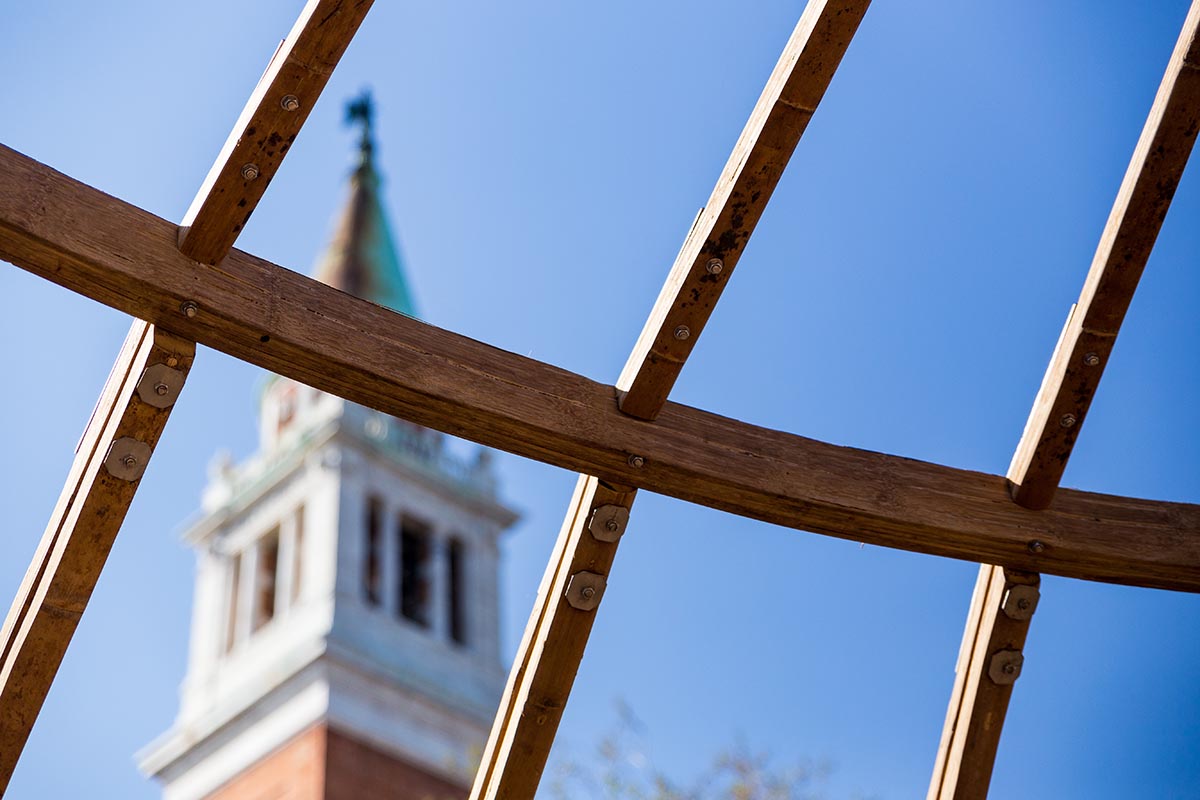 The Majlis will also provide a spectacular platform for events reflecting on our collective futures on planet Earth: experts from many fields and nations will discuss the Biennale theme "How we will live together?" in a world of rapid change and uncertainty.

The Majlis will house an exhibition inside the Abbey of San Giorgio, which will contextualise the Majlis itself, presenting the people and materials involved in its construction.

At the exhibition, it will present a wide range of objects and craftsmanship, some associated with nomadic peoples and the majlis, while others highlighting the exchange between East and West, with Venice as a major hub. 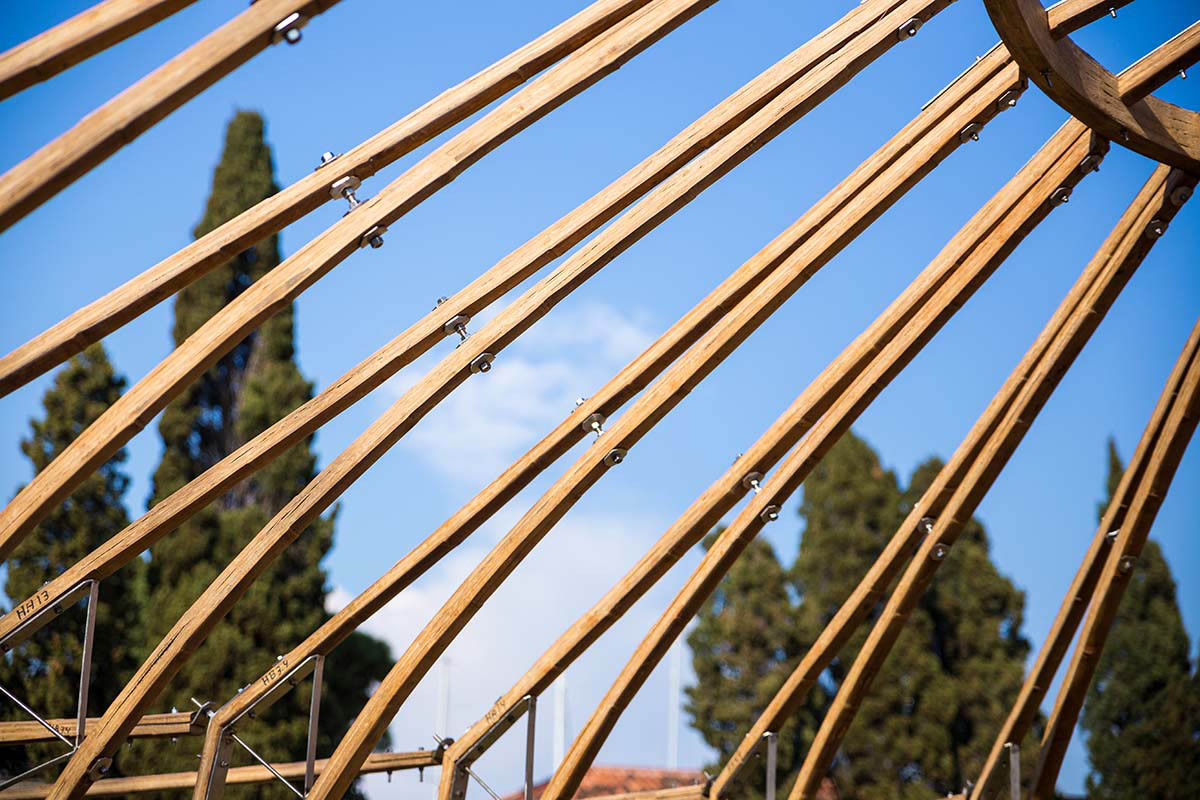 "Loans will be exhibited from Wereldmuseum (the Netherlands), the Sheikh Faisal Bin Qassim Al Thani (FBQ) Museum, and the monastery of San Lazzaro degli Armeni in the Venetian lagoon," according to a press statement.

"Due to the pandemic, craftsmen that originally produced the Majlis could not travel, so the construction has been assembled with the involvement of local Venetian craftspeople," a statement added. 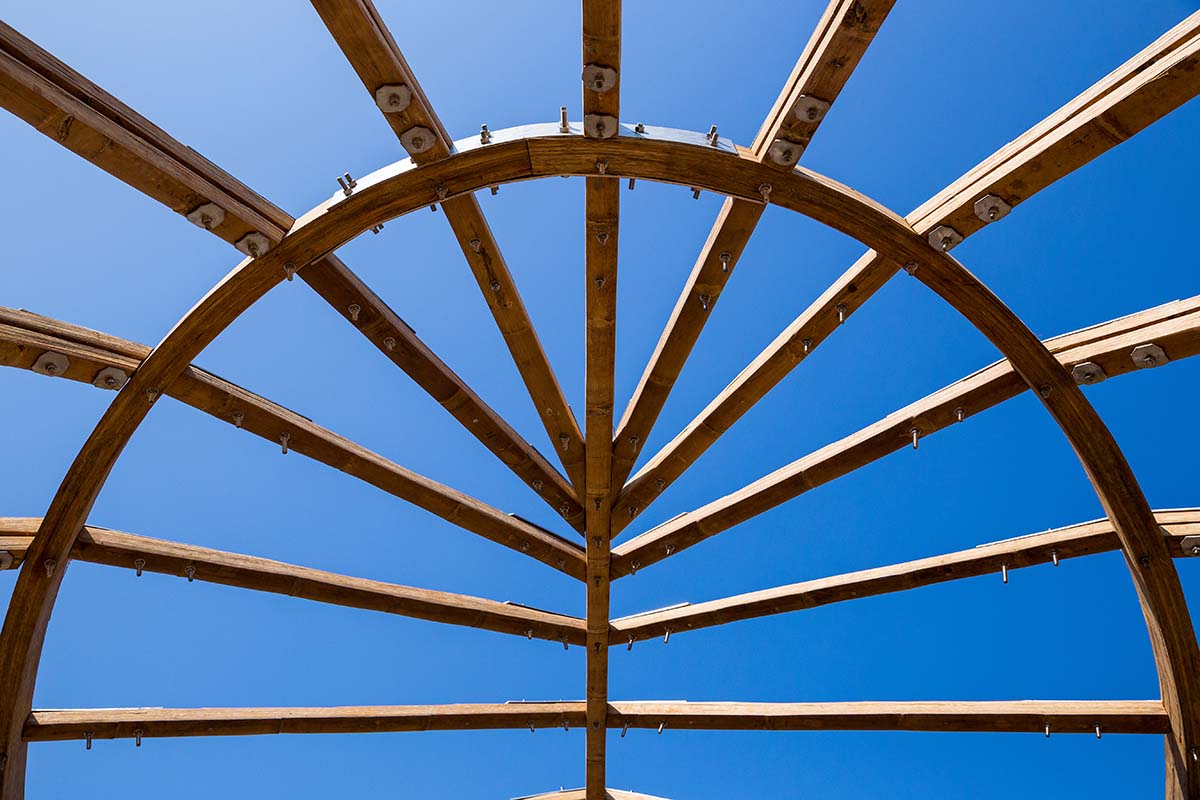 The Majlis events programme includes the participation of the Simón Vélez, Stefana Simic, the Smithsonian Institution, INTBAU, the University of Cambridge, UNESCO, the Aga Khan University, RestART Beirut, the State Hermitage Museum, and the Syrian architect Marwa al-Sabouni. The Majlis events are produced in partnership with the Science and Human Dimension Project.

Following Venice, Caravane Earth Foundation and the Majlis will begin a multi-year journey, travelling to countries in East and West to find answers to the vital question "How will we live together?". 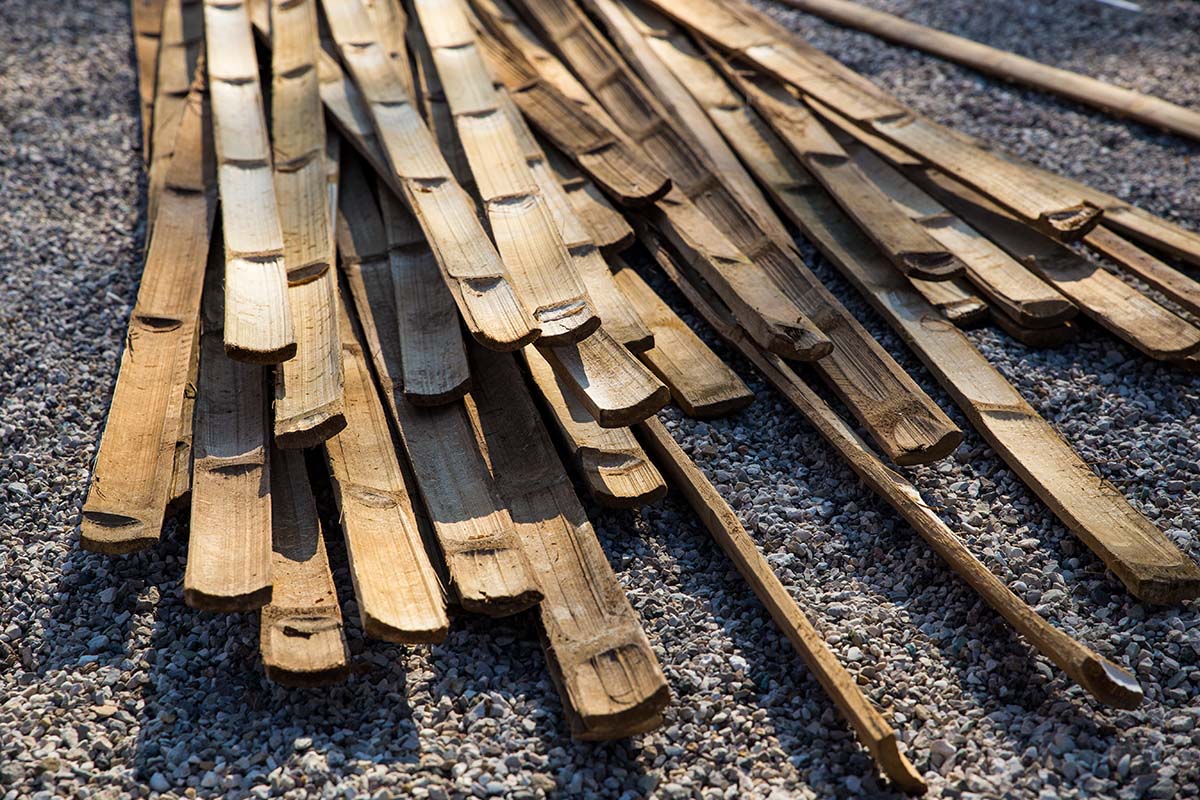 Colombian architect Simón Vélez is the world’s foremost innovator working with bamboo, the most sustainable of natural building materials which he calls ‘vegetable steel’. 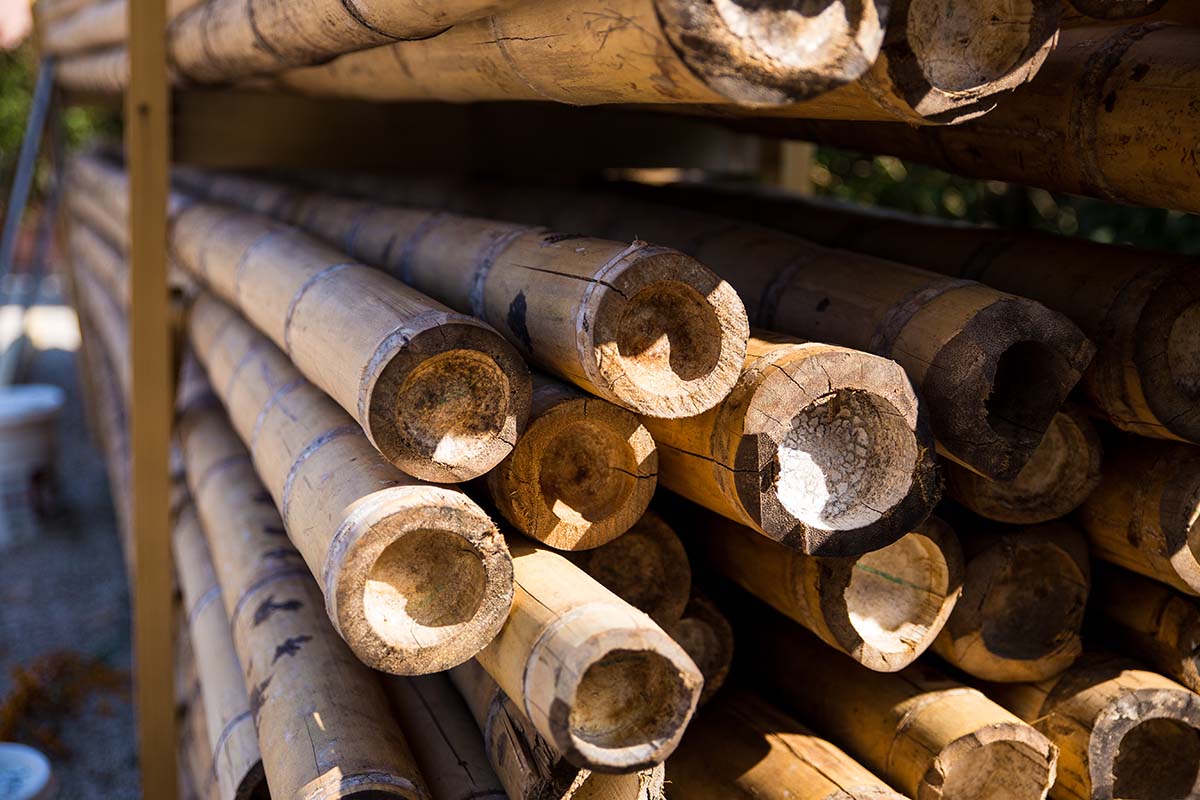 Working with Stefana Simic, they strive to widen the use of bamboo in building. Vélez’s building for Expo Hanover 2000 became the World Expo’s most popular pavilion with 6.4 million visitors, and he has been awarded The Principal Prince Claus Award (2009) and the Award of Honour in Analysis and Planning by the American Society of Landscape Architects for ‘Crosswaters Ecolodge’ (2006).

Vélez and Simic together run the design-build firm Gigagrass, based in Colombia.

All images courtesy of Caravane Foundation.