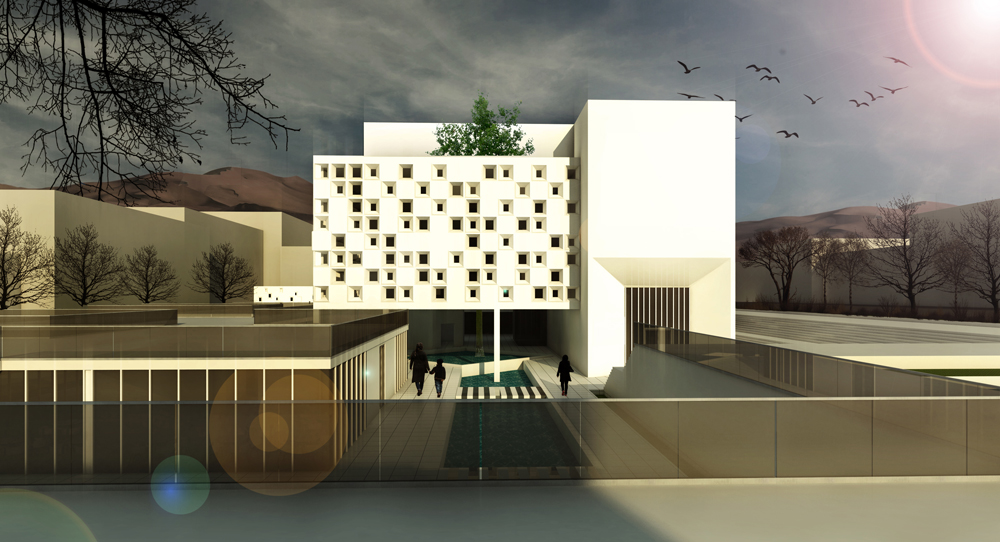 Paying attention to native cultural rules and trying to create tradition beside modernity have been some of the most important goals which Iranian young architects tries to do in contemporary architecture of Iran.

Jazmorian Museum, designed by Studio Eiraji (Design and Creation Studio based in Tehran) ad which has proposal status for Cultural Institute of Bonyad Museums of Iran, is one of these recent projects which the architects Dr. Javad Eiraji and Niloofar Rezaei have tried to create the mentioned factors in this project. 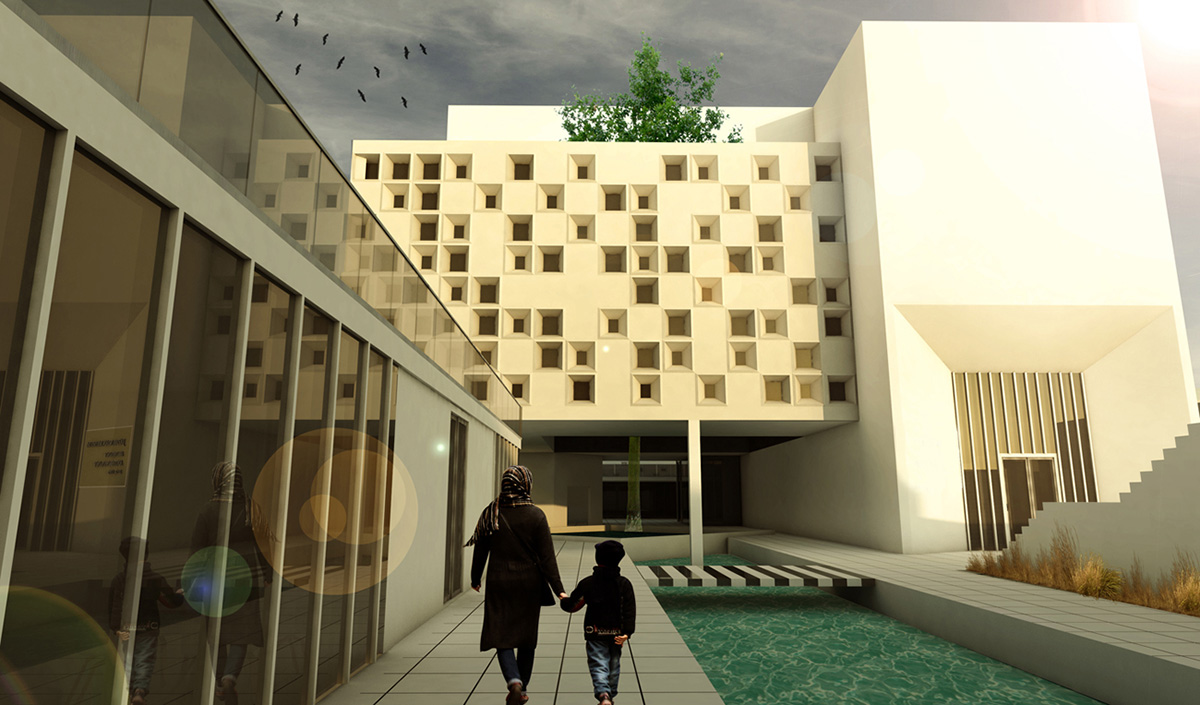 "Jazmorian", or "Jossmourian", is the name of a lake in Iran on the south side of Khorasan, Shahsavaran Mountains. This region is divided into seven main layers in terms of cultural sequence. Therefore, in the design of the site and the main area of the project, it has been tried to pay special attention to this. The three major rivers of this region, under the names of "Halil-Rud", "Bampour" and "Cheshmeh Aroos", are considered as the three most important factors of life in the region. In the dry and desert climate of the region, by joining these 3 rivers to Hamoon Lake, integrity, flow and life are reminded. So, the 4 important site indexes are these.

In other words, 3 springs designed on the site (in the sign of the three rivers mentioned) and their connection and unification in the fourth layer (to the sign of the lake) and the entry of this water (which is a sign of life in the dry desert) to the main building of the project. After the alliance of these three rivers and its entry into the main building of the project, the central courtyard system has been used, in the heart of it and with the arrival of the three united parts, a single symbolic tree has risen from the middle of building and has given it another live space. 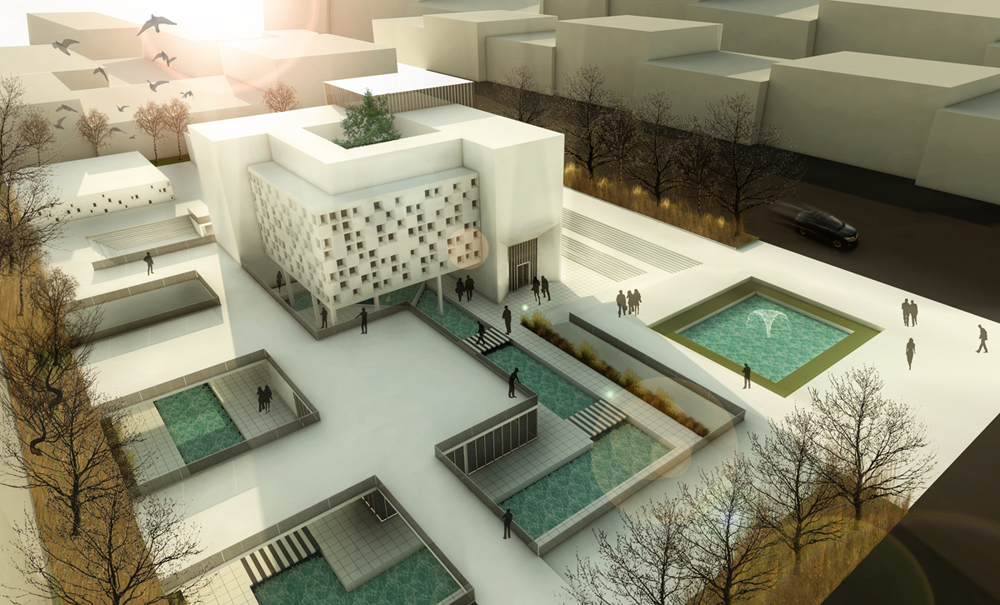 According to the research team of Studio Eiraji, other important and vital climatic factors of this region are the existence of culture, civilization, identity and special traditions, and ancient sites and hills. The three important hills of this ancient space, the "Kohan" hill, the "Yahya" Hill and the "Bampur" Hill are considered as cultural signs of the region.

In design process of this project, these mentioned three remaining factors of the seven layers were used, which, being located on the other side of the project, has been used as supportive symbols of the building and by designing the  main spaces of the gallery and theater the cultural dimensions of the project has been tried to be shown. 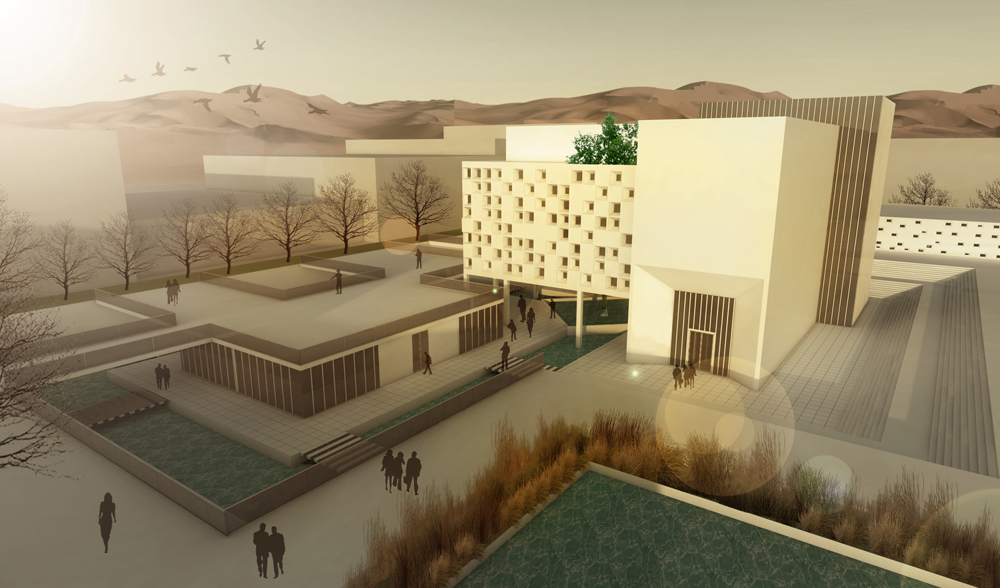 Jazmorian consists of two parts, "Jaz", which is the name of the native plant of the area and "Morian", which means mass and plurality (merely this plant). On the other hand, due to the warm and dry climate of the area, rainfall is very low, but during the rainy days, due to the desert and lack of vegetation, severe flooding occurs. Therefore, the spatial range and the use of indigenous vegetation around the rivers are considered to control this. 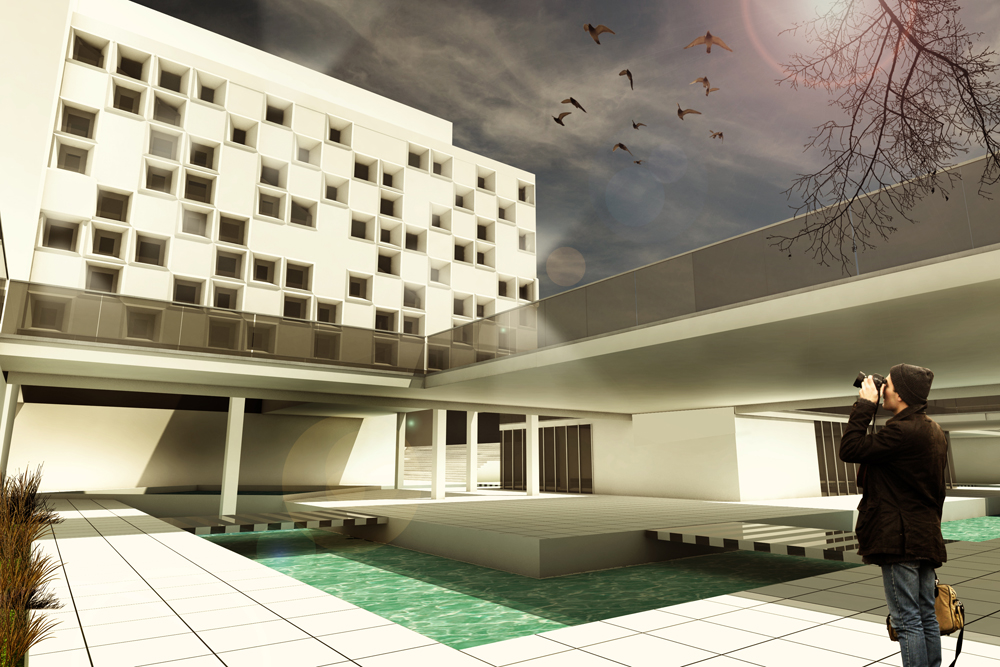 In design process of this project, the main volume has been designed as a building to create a symbol, creating a minimalist volume that emphasizes simplicity and purity (which is one of the main features of the region's culture). The texture created with the texture, was according to the climatic and indigenous architecture of the region and the glass-work section also emphasizes the transparency of the project. 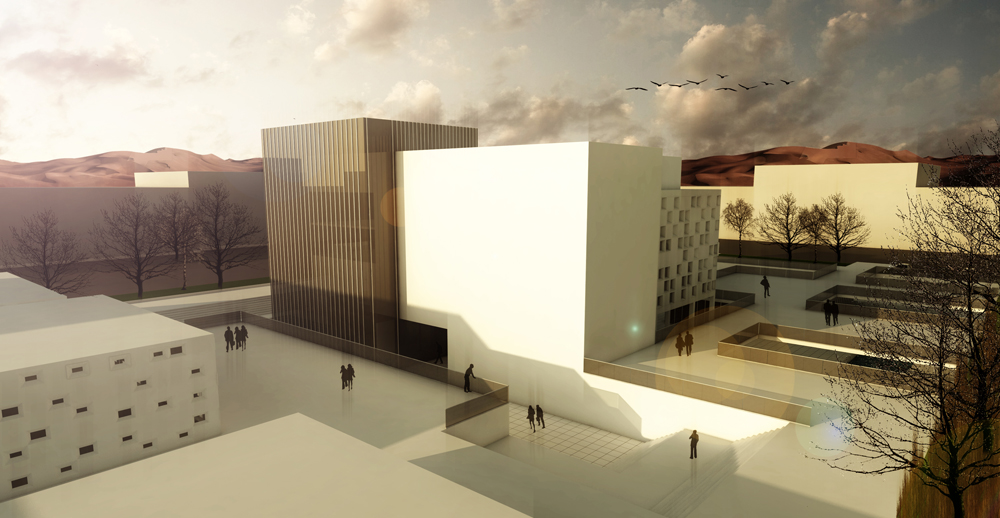